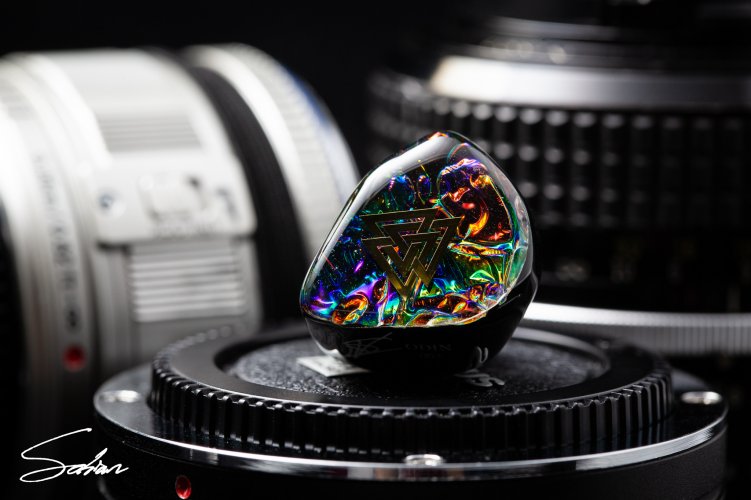 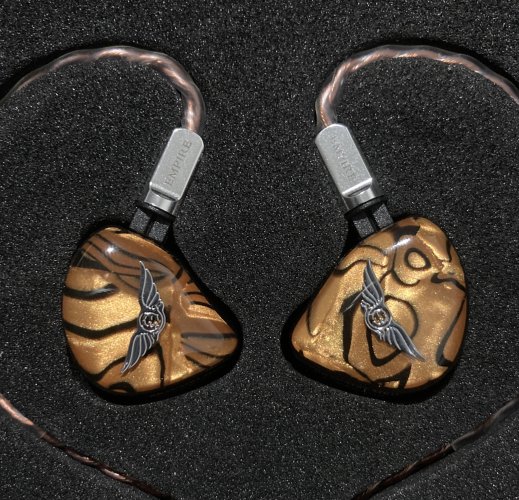 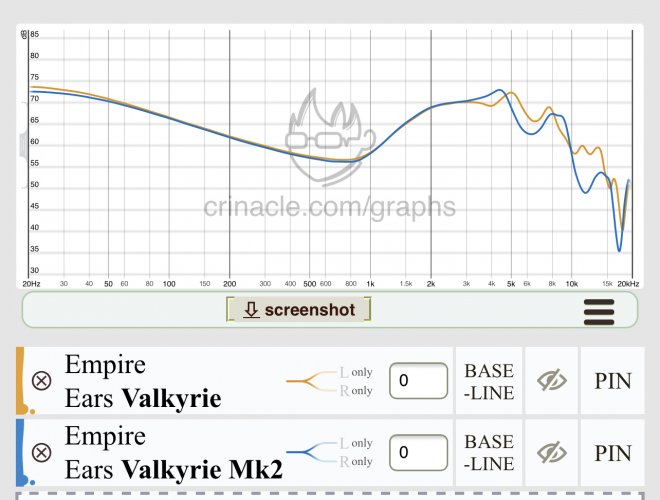 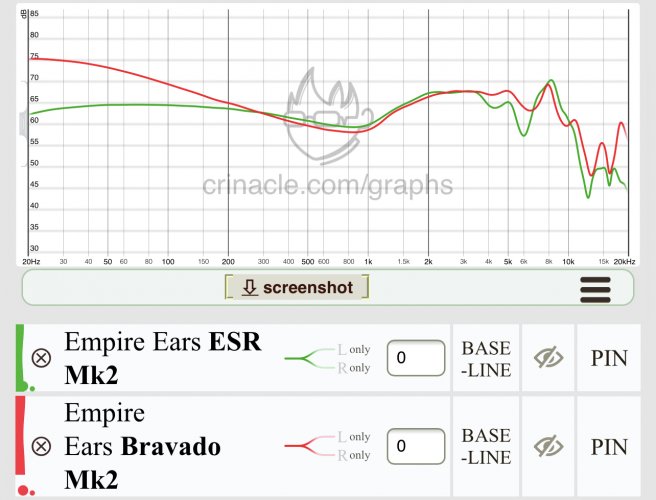 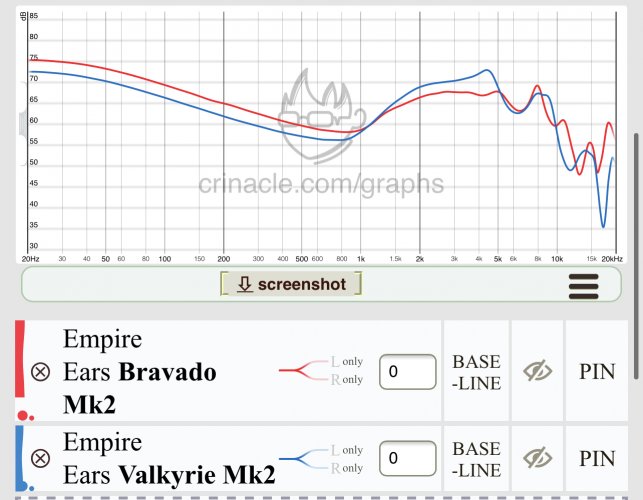 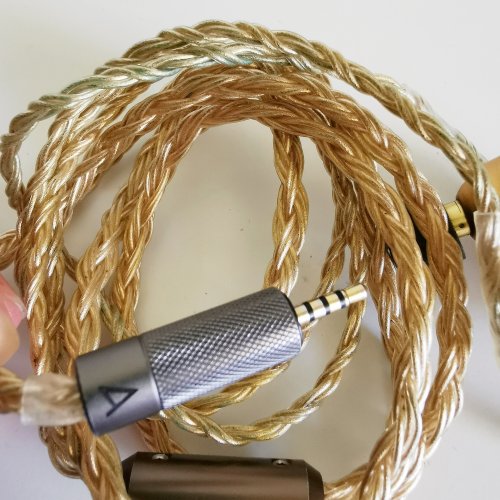 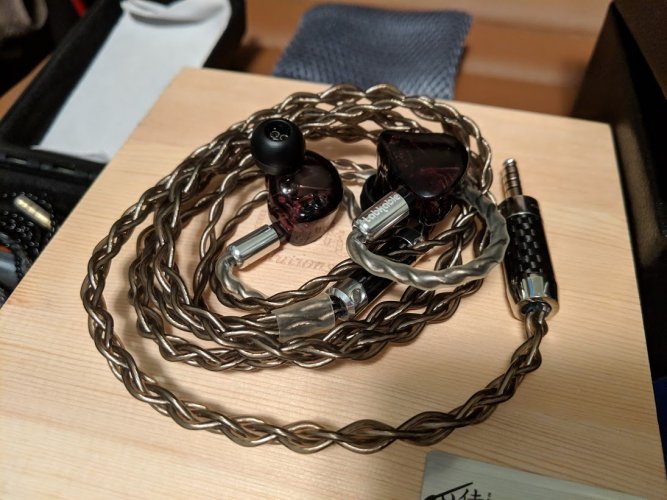 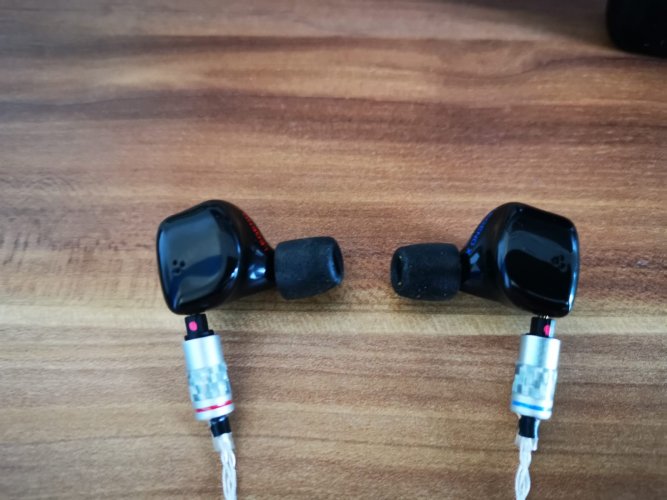 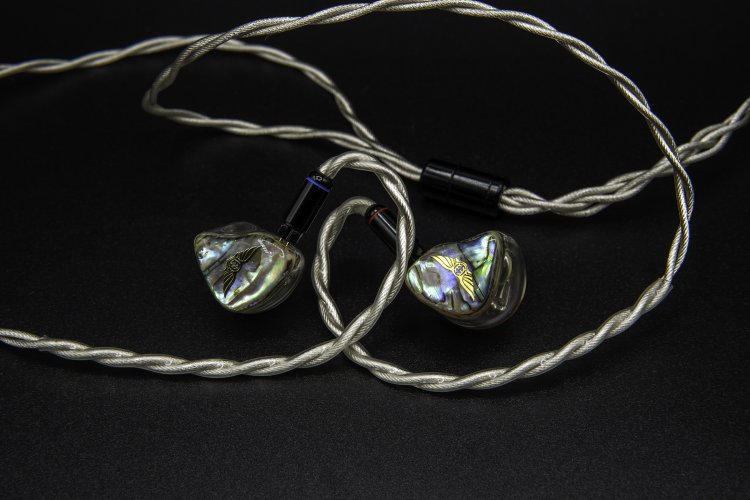 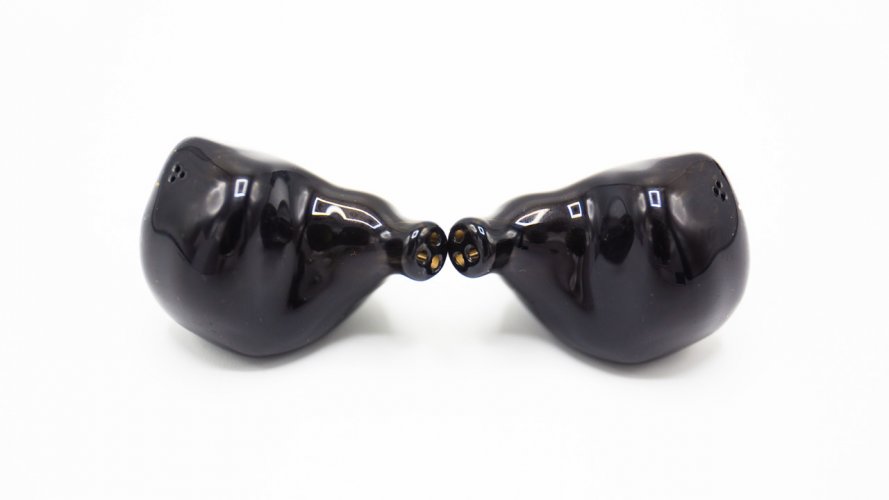 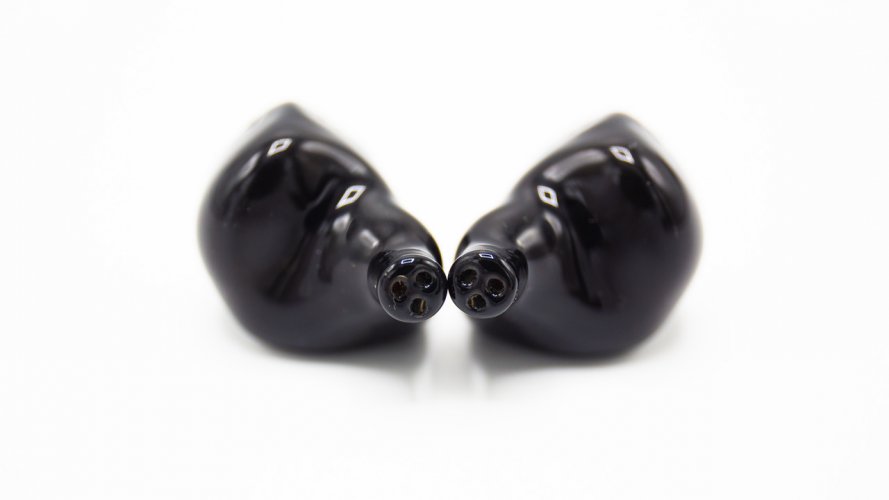 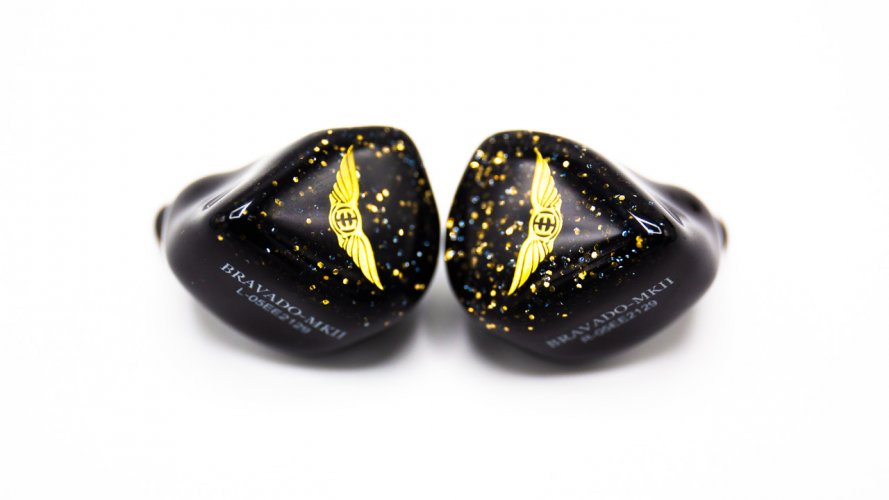 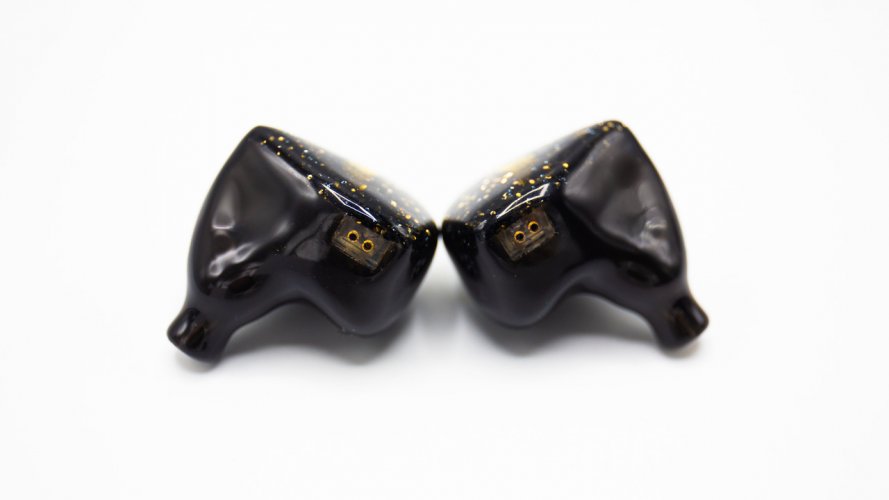 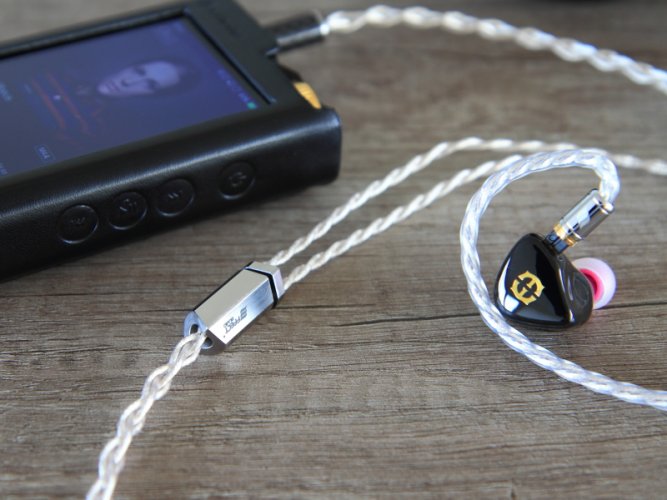 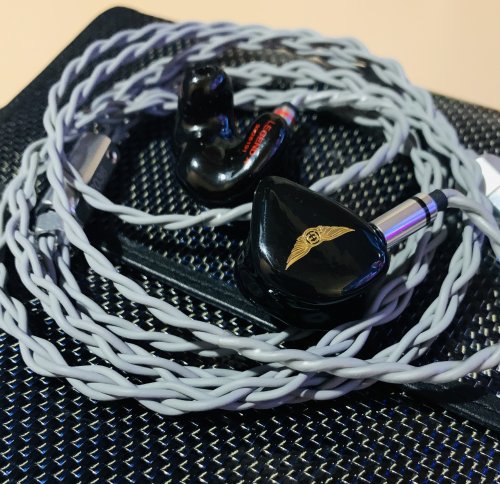 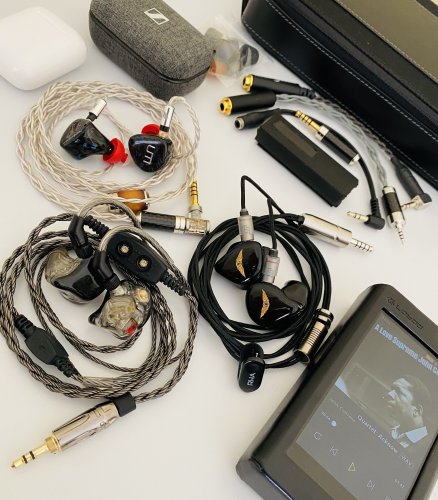 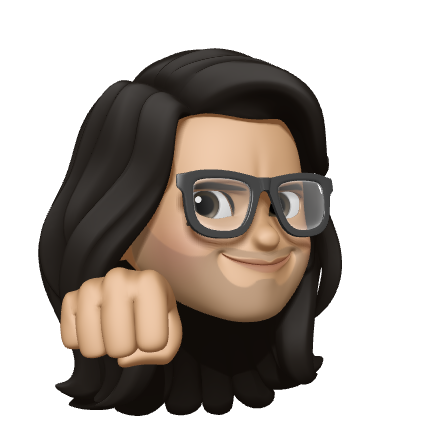 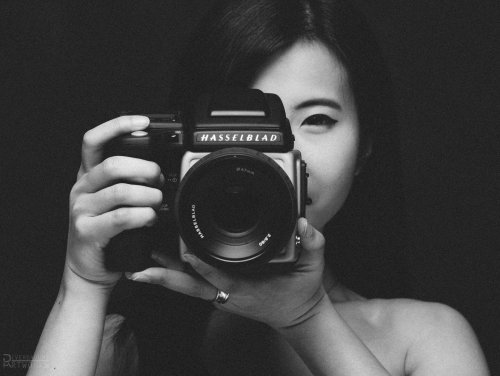 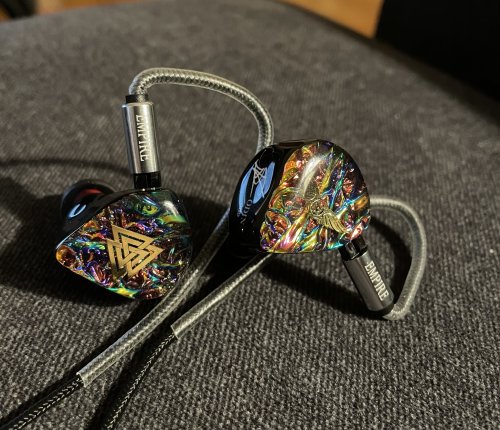 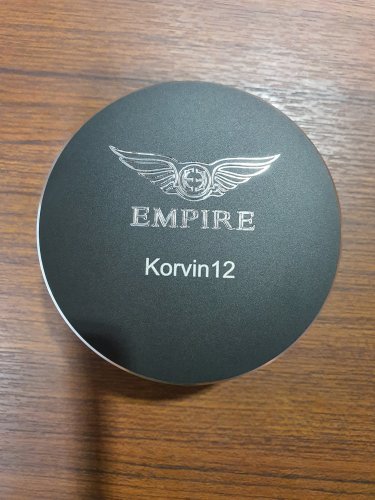 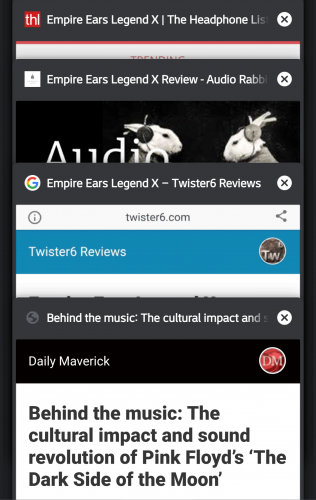 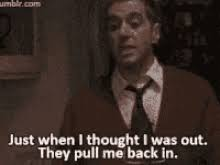 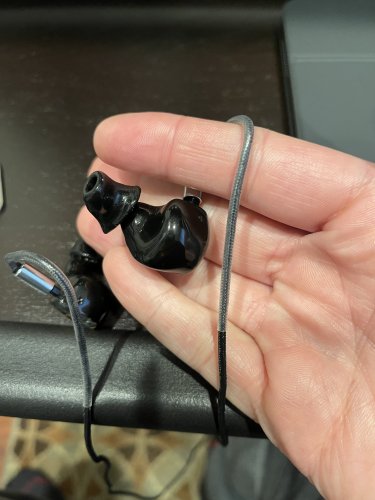 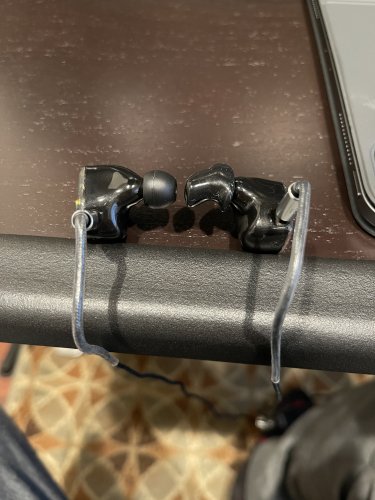 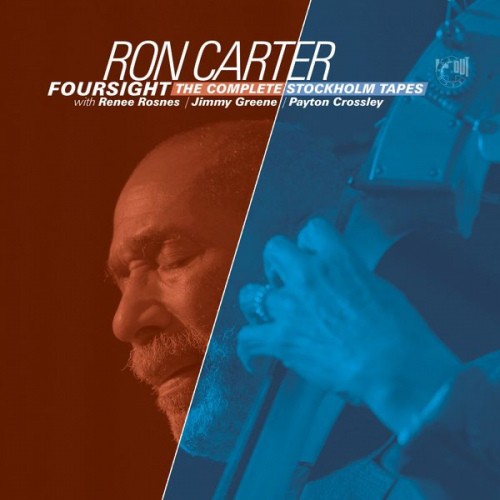 See full thread gallery...
You are using an out of date browser. It may not display this or other websites correctly.
You should upgrade or use an alternative browser.
Empire Ears - Discussion & Impressions (Formerly EarWerkz)

Location
House of the Rising Sun

CL14715 said:
Look... I have to relentlessly defend my EE gentlemen, I was summoned. But yes in terms of CA, they haven’t hit the pinnacle that EE has, sound wise. The acoustics CA achieves in a metal casing is impressive in its own right but it’s just not as impressive as what EE or Earwerkz has concocted. I have a feeling these MKII’s are NOT the same as the ones previously sampled by audio reviewers. I can’t say for sure but knowing how they strive for perfection, I’d almost bet that they tweaked them.
Click to expand...

Wait @CL14715, I was the OG self appointed thread moderator, you had guilt by association. You were actually the conductor of the hype-train, all aboard.
Last edited: Jan 22, 2021
Subguy812's Reviews:

Location
House of the Rising Sun

I may actually have a shareable in a few days....you never can tell.
Subguy812's Reviews:

Loooooove this hobby, it’s always something new to try.

twister6 said:
Just have to say one thing: LX Jr

How does it (Bravado mk2) compare to the original?
My Glenn OTL Tube Compatibility Table:
https://docs.google.com/spreadsheets/d/1IHcgqSa16WqaAjwUYoE3eZlSfmaSluQFVYqY1pry-NI/edit#gid=0

Zachik said:
How does it (Bravado mk2) compare to the original?
Click to expand...

Never heard the original, but there is a very close resemblance to LX, thus I call it Jr.
Head-fi reviews index :: Tw6 review site

twister6 said:
Never heard the original, but there is a very close resemblance to LX, thus I call it Jr.
Click to expand...

Are the mk II’s going too be available as customs or universal only?
"Everyone's ears are unique, you just happen to have a set of ears that are more unique than most" - My audiologist.

Wait, so the MK II's have not been released to the western market yet? We've had MK II of the EVR, ESR, Bravado and Valkyrie release at the same time as the ODIN and HERO in HK (and assuming Eastern Asia) since August(ish) of last year...
I would assume the tuning would be consistent between what we have here and what is going to be released in NA...

named name said:
Wait, so the MK II's have not been released to the western market yet?
Click to expand...

Correct. And I don’t think it’s a safe bet to assume the tuning will be the same. For example how UM has a JP and International version of the MEST. The shell for Bravado MK2 is different than what’s been available out east. So maybe that means there’s a difference in tuning after getting user feedback, but maybe not.
Last edited: Jan 23, 2021
G

CANiSLAYu said:
Correct. And I don’t think it’s a safe bet to assume the tuning will be the same. For example how UM has a JP and International version of the MEST. The shell for Bravado MK2 is different Thant what’s been available out east. So maybe that means there’s a difference in tuning after getting user feedback, but maybe not.
Click to expand...

Also the Hero is different, I love the marble like colour but wish the lettering was golden

Frankie D said:
Here is my writeup of the Traillii as I promised.

I received the Traillii for a few days this past week to audition. I first listened to it with the included ear tips and was not overly impressed. I could tell this was an excellent IEM, but it was no threat to the Erlkonig. However, when I put on the Azla SednaEarFitLight Short tips, they were a perfect fit for my ears and the fun began. I started listening and comparing using some EDM and some of the tracks @rockwell has been recommending on the VE thread for the Elysium (thanks Rock!). I found the Traillii to have a slightly smoother upper midrange and treble (very close) and much more bass than the Ely. The Traillii provided this bass impact without impacting the mids and treble in any negative way. As I was listening, I found the Traillii to be involving me more into the music than the Elysium. The Erlkonig proved to have a fuller bass and a slightly softer yet extended treble.

On “Can’t Stop Running” by Adam Ben Ezra, a track that is literally in the wheelhouse of the Elysium, the Traillii provided more bass on each note, and all of the detail just as clear. The Erlkonig provided a fuller sounding bass with the hand hits very clear and sounding great! The Traillii’s bass, though a touch less powerful, was just a tiny bit tighter. The Ely with its less bass heavy presentation was great, but each bass note was missing the power portrayed by both the Traillii and Erlkonig. In my notes I wrote: “is the Traillii and Ely with bass?” I think it is and a few others on head-fi have mentioned this. I would agree. The mids are not an advantage for the Ely vs the Traillii.

I am not a big soundstage person, but I am interested in instrument and vocalist placement. Both the Erlk and Traillii are excellent in this regard. The Traillii has a wide soundstage and as Alex (@twister6) has already stated, it is pretty much like that of the Ely. I would agree. I am positive no one will be upset by its soundstage.

I then moved on to some well recorded rock and jazz albums. What I quickly found was that the Erlkonig and Traillii were in a class of their own. On “Brothers in Arms,” with its wider range of sound and dynamics, the Elysium could not keep up. Its presentation was just too light, and it had the incorrect timbre (in comparison). The same was true for all kinds of reasons for the VE-8, VX, Layla, Luna, Fourte, etc. As soon as I switched to one of them, it was easy to see they were no competition for the Erlk and Traillii. I just wanted to put them back in my ears. I even tried listening to the other IEM’s first, getting adjusted to their sound, to give them any advantage possible (including volume at times). However, as soon as I listened again to the Traillii, it was night and day. I tried this with a few more albums, both rock and jazz, and then stopped. It was abundantly clear the Traillii and Erlk both sounded better than everything else I could throw at them.

Listening to “Brothers In Arms,” the Traillii had a bit brighter presentation than the Erlk but still smooth, great timbre and bass. The vocals came across as they should. The Erlk was also excellent. It was a touch darker than the Traillii, but also had excellent timbre and bass. The vocals were excellent. I might like the Traillii’s rendition a bit better here. As the bass on this album (though a great recording) could be a bit better, the little bit of extra tightness on the Traillii along with its slightly brighter presentation gives it a slight advantage. A battle for sure though.

Listening to “Graceland” The Erlkonig had a touch of darkness which smooths out the tracks and overall provides a better sound to my ears. However, the Traillii is right there, though on some tracks I did have to lower the volume as it is just a touch brighter and more open and that did not always work the best on this album. And quite often it was a toss-up. Overall, on this album I give the edge to the Erlkonig, but awfully close.

On “Abraxas,” the Erlkonig sounded best. The heavier note weight provided a more intense listen. Traillii was excellent, but Erlk had the edge. It also seemed a bit smoother on some vocals which played better on this album.

On L.A. Woman, the Traillii sounded best. It sounded a little more open and added a touch of brightness to the vocals which played well. Both sound great though, and the details in this recording all come through letting you easily hear the driving rhythms.

On some jazz albums by Chick Corea they were both terrific. If I made my home 2-channel system neutral, then the Erlkonig is a little darker than neutral (which makes sense as I have previously described the Erlkonig as neutral leaning Romantic), while the Traillii is a touch brighter than neutral. And it is terrific.

And this went on an on. Each one terrific and outclassing every other IEM I have heard. In my view, not the Ely, Thummim, VE-8, VX, Fourte, etc. compare. In summary, and this is only in comparison to each other, the Erlkonig has a little more note weight, a bit more bass power and slightly warmer upper mids/treble while the Traillii is a bit brighter overall with a touch tighter bass. If absolutely forced to pick a favorite, I might pick the Erlkonig, but in reality, they are right on top of each other. I just kept feeling this throughout every comparison. So much so, that I just sat back and listened, and stopped taking notes. My advice would be to someone looking to own an Erlkonig that cannot get one, just get the Traillii if you have the means. If you already own the Erlk, I personally would not get rid of one for the other, but instead get both if you have the bank. While many of us have a bit different taste overall, I highly doubt anyone could dislike the Traillii, so audition one if possible, but you may be doing so at great cost.

As far as the packaging, it stinks. But you know what, I have yet to use any manufacturer’s included case above my Dignis cases, and I typically have to change the cable where here I would not. So even though the packaging is nowhere near what VE or Dunu provide, it is the sound that counts. The cable is microphonic though. Nothing over the top terrible, but that seems to be a characteristic of PW’s 1950’s and 1960’s cables.

And for me, here is the kicker. The darn thing is more comfortable with the sedna tips than the Erlk. My Erlk fits great, but the Traillii’s fit is even better and one of, if not the most comfortable fit including my customs. I am working on getting one.

I might write this up and more as a full review, not sure, but hopefully this is helpful to those wishing to consider the Traillii. Enjoy!
Click to expand...

Opps! Sorry all. I meant to put this in the Shootout thread. Please forgive me. Tks.
Last edited: Jan 24, 2021
You must log in or register to reply here.