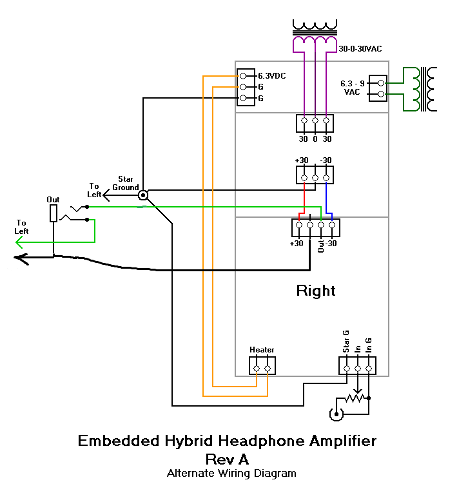 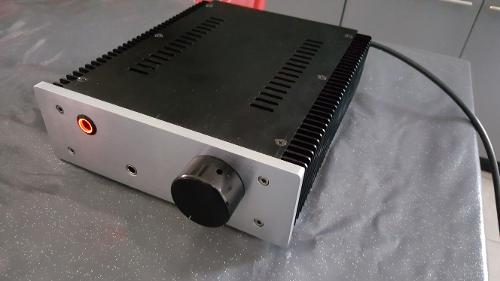 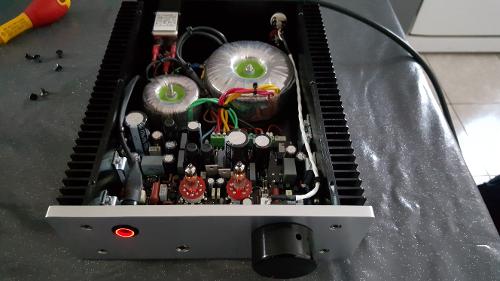 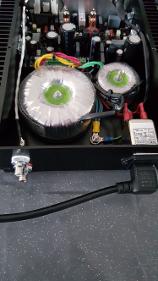 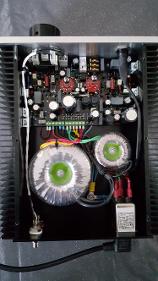 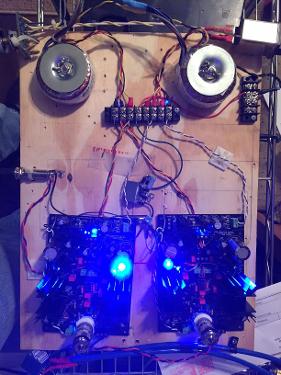 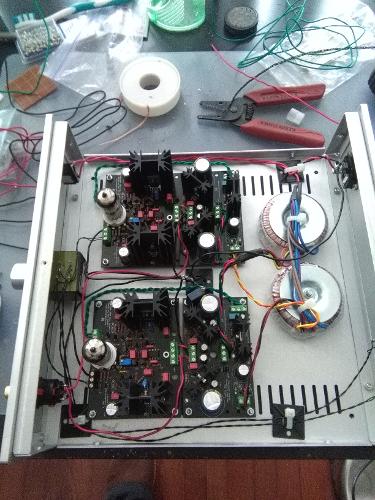 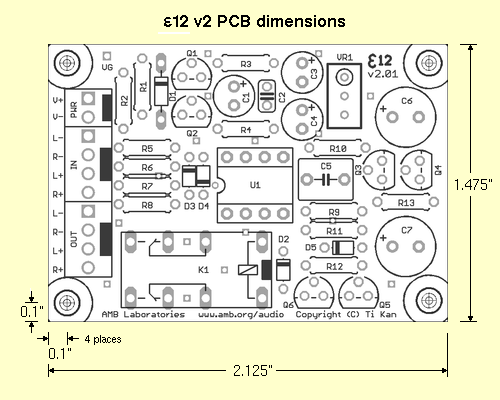 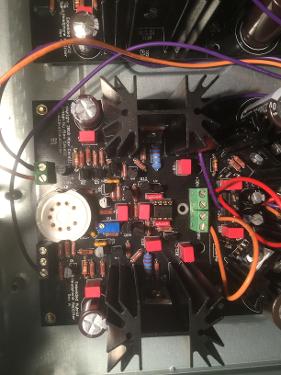 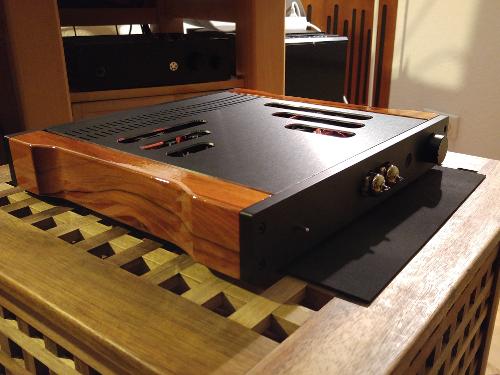 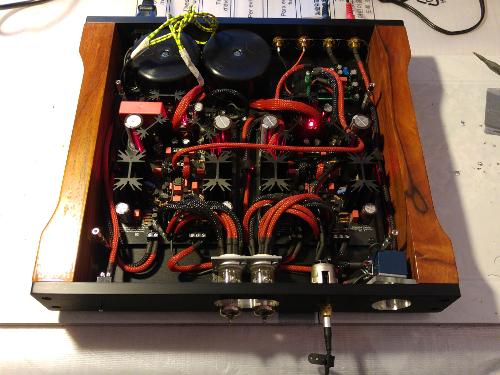 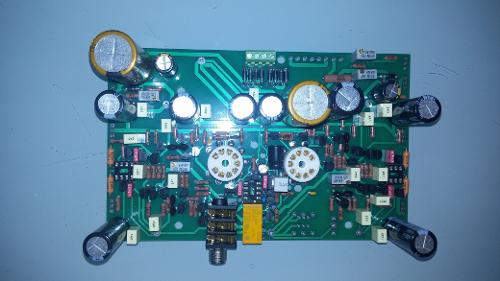 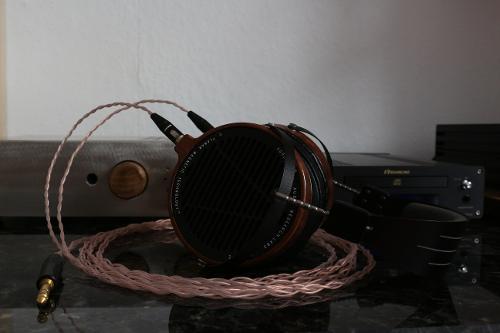 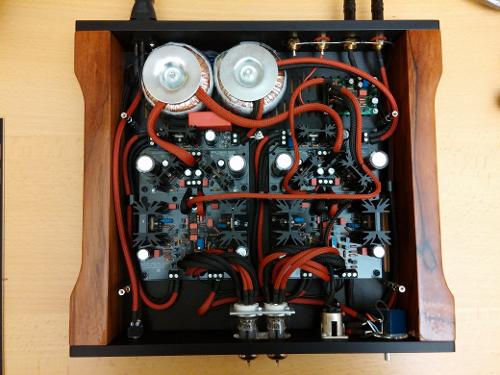 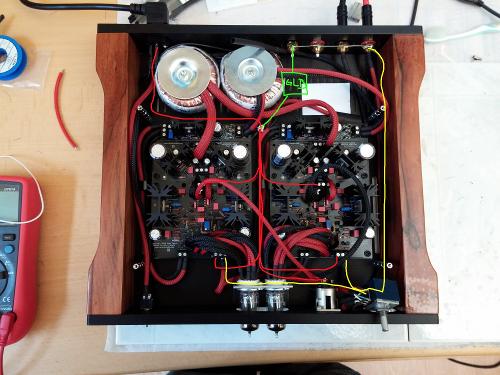 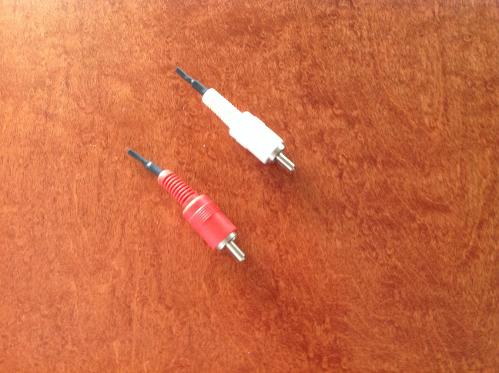 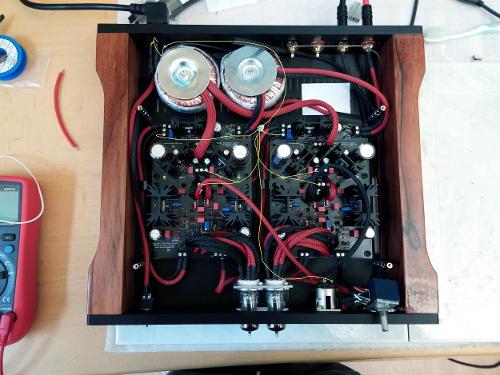 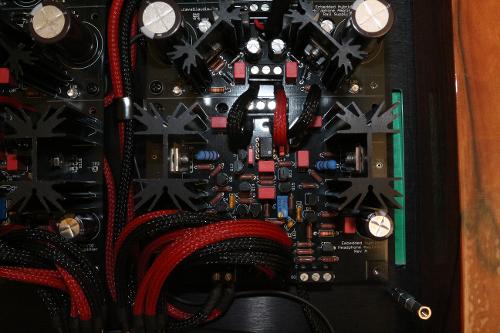 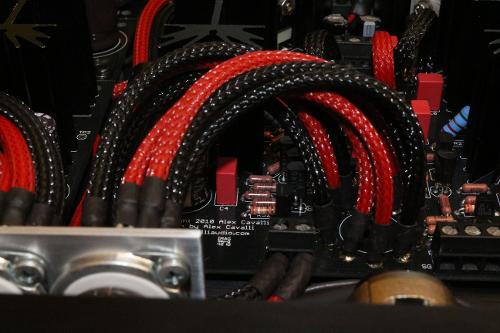 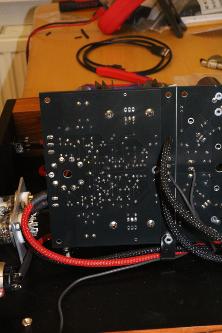 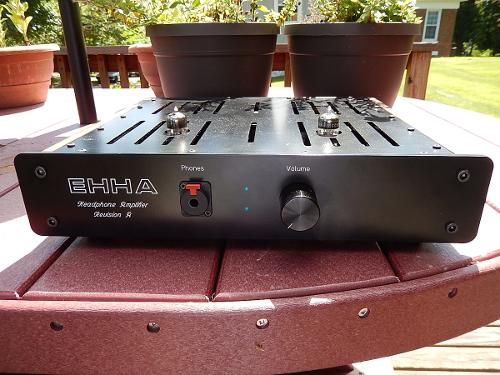 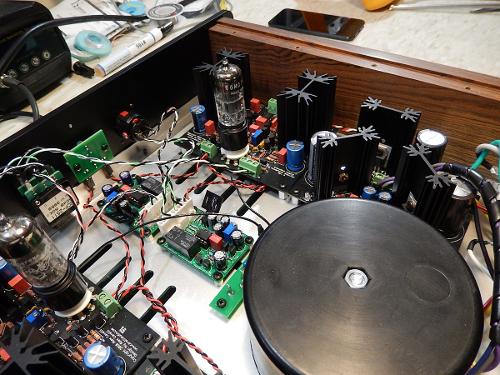 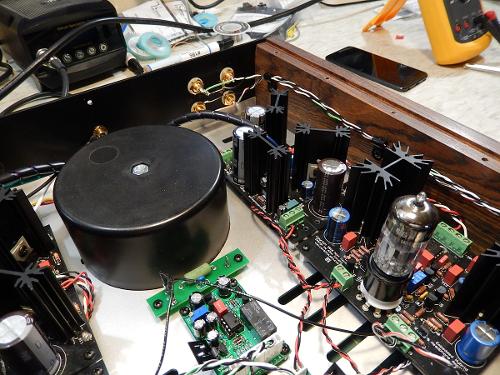 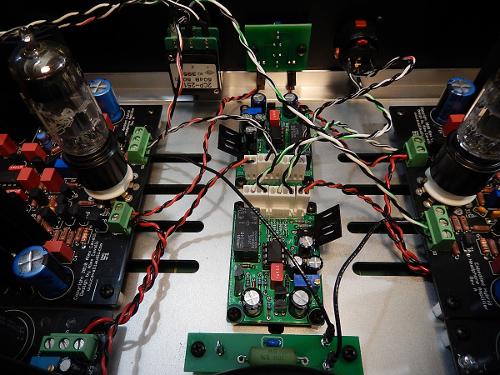 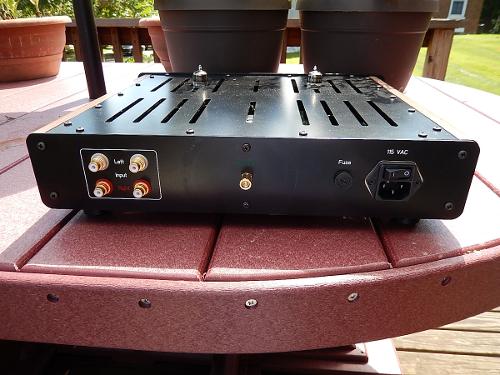 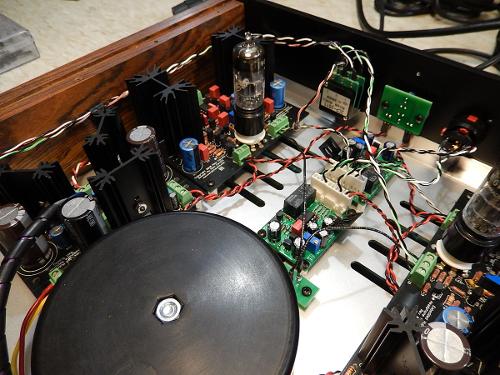 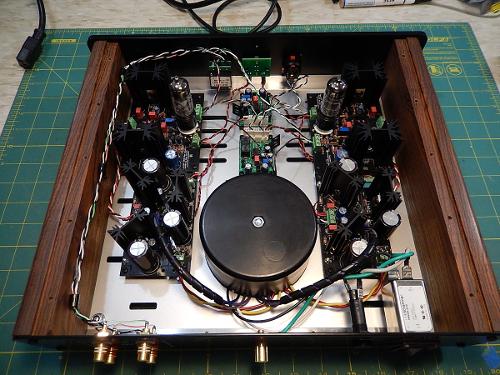 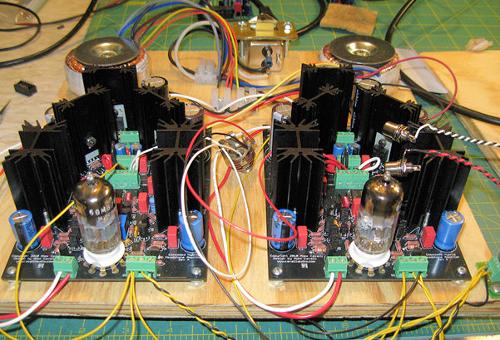 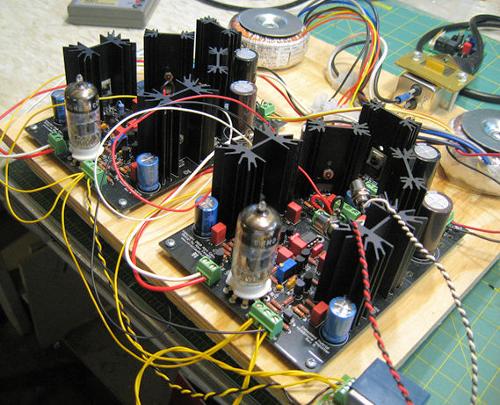 You are using an out of date browser. It may not display this or other websites correctly.
You should upgrade or use an alternative browser.
EHHA Rev A - Interest Thread

I don't use the EHHA atm since it's not really working.
The switch-on and off spikes are present and quite high - that's why I'd like to keep the e12.

We had it running on the workbench monitoring DC offset for more than an hour
and it showed rare spikes near 40mV, yet the e12 did not engage then. There
was no source connected. Both channels had the same behavior.

For now I'd have to tear everything apart and re-wire it wire by wire,
starting with one board and then adding the other.

Main problem - I can't bring up the motivation.
Remember - I bought the boards August 2011, almost 7 f**cking years ago.


Right now we're planning our new house which will built next year, our third
child is on the way (end of August) and there's work to be done too...

I'm not complaining, there's still time for DIY - just did my first real speaker-
development and more's to come. I just prefer to do thing's which seem easier than the EHHA.

I know what you mean... I would have long set it aside for good.

Klechty said:
As I see many people complaining about the hum, I will give you one tip.
Thus him is usually done by a bad tube implementation, so is the ehha.
Cut the capacitor ground, pin 9 of the tube. And directly connect it to the general ground.
Click to expand...

This is a good point. I'd only try this as a last resort, even after replacing the Avel transformers. Just curious... what is wrong with the tube implementation?

--> everything goes to one point connected to chassis, but there can be sub-stars that
then connect to the last one that goes to the chassis. It is best to have your star ground
near the big capacitors of the psu. The ground of the E12s ties into the star theme as well.
Click to expand...

I know this is meant for @Sathimas, but it applies to anyone else who has built this amp as well. The one thing I'm curious about is star ground connecting to the E12s as well. I didn't do this. I was under the impression that the E12 has it's own virtual ground and that we're supposed to supply only ±30V from each PSU. Also, to get the correct pot settings on the E12 you'd measure from SG to that VG point on each E12. Correct me if I'm wrong, did I wire up the E12s incorrectly? BTW I still get hum with or without the E12s so my issue is something else.


stixx said:
I have had minor hum or buzz issues with my solid state amps but was able to get rid of them.
The reason was either an unshielded toroid (changed to a shieded one [Dynahi]) or improper
wire routing. With the amp on just moving wires around can give an indication... I used a small
sheet of copper on one of my other amps where signal was too close to mains wiring.
Click to expand...

Moving around wires hasn't proven to illustrate where my issues are coming from. Maybe I need to come up with a better method of doing this. I'm hoping the shielded wiring everywhere is the fix. I'd hate to think it's an issue with the boards themselves. At that point, I'd probably just scrap the amp completely.


stixx said:
Then I would roll tubes (I still have some if you need them

Ha! Yeah I've definitely got more tubes than I know what to do with... if you have Teles I might be interested tho

Mullet said:
Just curious... what is wrong with the tube implementation?
Click to expand...

Kletchy says that the tube is badly implemented in terms of grounding and suggests to connect pin 9 directly to ground instead
to the pcb ground... when I read him correctly. Could in fact be that the boards have an inherent mistake in them which would
be the reason for many having trouble with hum...


Mullet said:
Correct me if I'm wrong, did I wire up the E12s incorrectly?
Click to expand...

Cannot tell, have never dealt with the e12... and the Amb site doesn't load for me at the moment?? Usually ALL components
of an amplifier are tied to the same ground, but as I said, cannot tell in case of the e12.

I hate to say it... but when you have hum issues shielded cable might not help... more when it's buzzing. Usually twisted pairs
should do the trick.

Hello thread, i ended up with @muskyhuntr 's ehha revA. I read back a page or two and he had mentioned he grounded it differently. Anything I can help with here?

I am also seeing issues with the amb e12 but only on the right channel, sometimes it works. I have yet to troubleshoot it.

I doubt that the e12 is giving you problems, more likely the right channel needs re-adjustment. I no longer have the specs on the amp, but adjusting to specification should solve your problem.
If the e12 is still acting up, then re-adjust it according to AMB's web site. Wouldn't hurt to check the left while you are at it.

I will check it. The build fit and finish, sound, and documentation are amazing. Did you find the 6GM8 tubes to be the best sounding?

I did not roll any tubes in this amp. Liked it the way it was!

What are the chances that the specs and build info for this (and Alex's other DIY projects) will ever be posted again?
Disclaimer: Everything in the above post that sounds like opinion stated as fact is actually just opinion. Please assume that every subjective statement made above is followed by "IMO, YMMV".​

Alex Cavalli basically stopped supporting the DIY crowd (understandably) when he went commercial.
I don't expect to see his pages back online unless he goes back to DIY... hard to foresee.

When you are interested in information about the EHHA's though I advise to visit the Way Back Machine
(internet archive) and browse for the Cavalli site. Most of the pages can still be found there... you
have to browse late 2016/early 2017.

Here is the home page for the EHHA Rev. A from the Wayback.

proid said:
I was wondering if i could use 12au7? The plate voltage is limited to 30V only but there are good souding amp like project sunrise only run at 13.5V plate
Click to expand...

Just got a REV A here and was wondering the same thing, is it doable with some mods ?!
Team Joe Grado|Team DIY|Team Minimalist|Team Reality|Team Budget|Team SEARCH

Feedback : Head-Fi
You must log in or register to reply here.