bsphong said:
Agree with you. My 320ohms Ve Zen earbud is loud with amp8 and music quality is only moderate. But driven easily by the "swapping" amp9 and has very excellent music quality.
Click to expand...

That is because the sound signature and synergies as a combination of both that makes it that way.

See ? A neutral monitors or headphones with DX220 and even Amp8 would still be dead neutral. Most of the time Neutral is boring and not musical to many people, but it has nothing to do with drivability. It is the synergies. If you have Amp9 which is warm, musical and fluid, and totally is different than the rest of the dead neutral modules from Ibasso until now, then musicality + Neutral = something more enjoyable.

I have always said that, and will say it again, the Dx220 and it other amp modules are focused on Neutral and flat signature with clarity, details and airy presentations. So if you want something more musical, pair it with something warmer.

Even a Cables after careful consideration would does wonderful too!

About modifications, it is to achieve better energy delivery, background, and hence improvements in other areas while taking tuning into account. Each and every modifications will carry it own signatures and will synergies with different things. It is important to know whose preferences, and which systems are paired to develop the modifications. Once the improvements are made, everything connecting to it would be improved. That is why Cables is the last thing, and always is the absolutely last piece in the chain to be taking into considerations.

However, for people who want to drive full-size all the time like me, I have only found a few DAP/Systems that can do so. The new players such as SP1000/2000, Cubes, SR15, N8, DX200-220 and Amp8, the DMP-Z1. We are pretty much stuck, because this portion of the markets is very small in comparison to the in ear people. So form and portability is a huge factor. This is another reason why I modified my DX200 and also Dx220, Amp8. It makes the DX220+Amp8 as a combo being driven pretty well with my needs and gears, so I am very happy with it. Next up to it would be the DMP-Z1, but with that form factor and not to mention the opposite Signatures, I almost prefer to have DX228EX inside my pocket driving universally everything.....even when I use T2 + Stax SR009 as a whole system
Insanely Audio addiction !
Email: whitigir@yahoo.com
DMP-Z1 review
Built PC > R2R7+ > LKS004+> KG-T2 > Stax SR-009 Endgame > SR009S Fun-game
DX220-EX > Much loving Portable system Hd800s +furutech litz. DMP-Z1, a Walkman, a legacy
Share This Post
Reactions: Paulo Abreu
post-15071662
Post #6,647 of 11,046

Whitigir said:
I have no experiences with Diana, I use Hd800s and Amp8 can blast my ears. Is Diana that much harder to drive?
Click to expand...


AlexRv said:
It’s not the problem with volume, amp8 can make Diana shout) It’s about music quality, with Hugo You close Your eyes and sense the music, and with dx220 - just hear the music)
Click to expand...

Quality? Really? I used a burned-in DX220 with a burned-in AMP8 and the Diana's sounded so good, that the cable manufacturer who was using the Diana's next to our booth listened and was like, "I can't believe that". I mean each to their own, but the Hugo has absolutely no "music quality" over the DX228, but there a house sound to each unit. I'm thinking that the Hugo is just more to your liking.

for his preferences and demanding headphones
Click to expand...

AlexRv said:
Yeeeees, I need this monster...but the price not suitable for me now))) I even don’t want to make audition, cause I don’t my family to starve)))
Click to expand...

Yes it's waayyyyyyyy up there in price.

Especially when you can relate food to musical performances

AlexRv said:
Yeeeees, I need this monster...but the price not suitable for me now))) I even don’t want to make audition, cause I don’t my family to starve)))
Click to expand...

gto88 said:
The mod path is too steep for most of us,I guess.
I would take the road with external amp, such as iFi micro iDVD BL.
Just hoping to have balanced line out, so I can hook it up to desktop amp.
Click to expand...

Whitigir said:
Amp3 has balanced line out
Click to expand...

singleended5863 said:
When you get your DX220 make sure you have to update the new FW for your unit which can be downloaded and updated by WiFi.
Now the next part you can see above that is Lurker0 add-on FW that I tried to update to my DX220 but I always got download failed. That is why I has been asking around but only @Hiktonk helping me with such details.
The Lurker0 add-on is to help you get google play for some apps you wouldn’t able to use with APK pure cane with DX220. It is up to you if you want to use Lurker0 add-on.
Click to expand...

fokta said:
Its a way to get Google playstore (Google service etc) works in Android mode.
Since Android Oreo on DX220 already not support Google service anymore.
It's a alternative ways.
Click to expand...

Here I am using Amp8 and 4.4mm line out, no problems, high gain, max volume 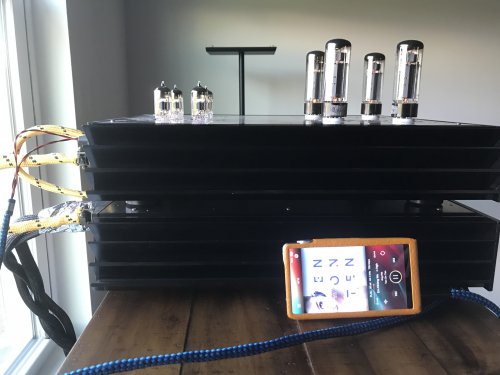 gto88 said:
Great, that is what i am looking for.
Where did you get the cable?
Click to expand...

I can recommend you Norne audio, and moon audio for cables needed, and Steve recommends Chris

it doesn’t cost any limp or kidney

Sound signature is musical with great sub bass and sweet vocal, expansive soundstage and still retain details and trebles textures with density and extensions, an excellent synergies for Stax SR009

I will not disclose details materials and sources as it is trade-secrets!

I am joking, if anyone want, I can post detailed sources and materials hahah 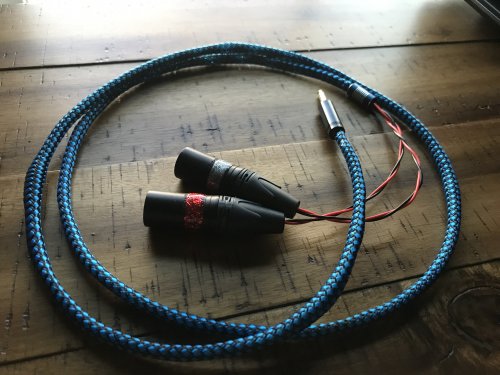 gto88 said:
@Whitigir , that is gorgeous cable, nice work.
So you just connect all 4 signals without ground?
Click to expand...