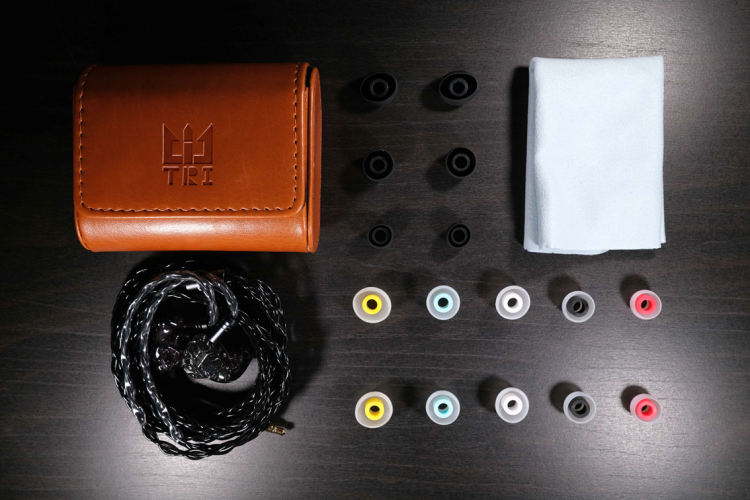 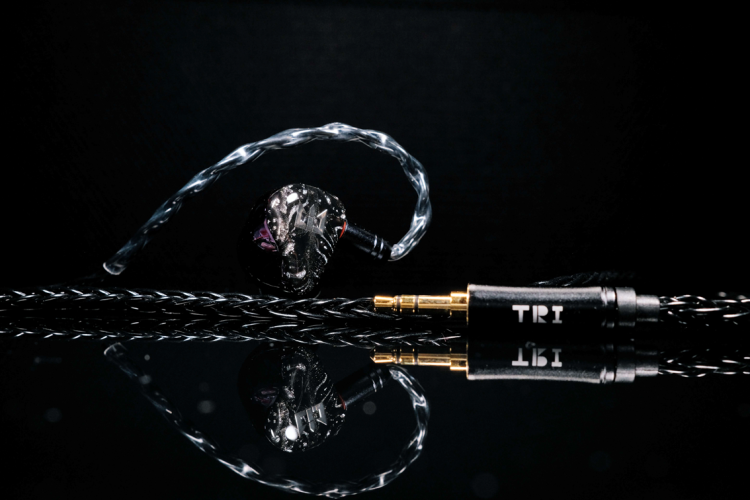 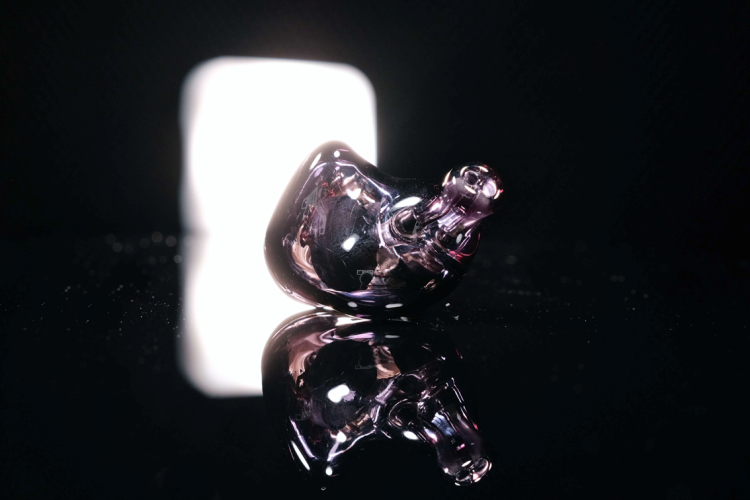 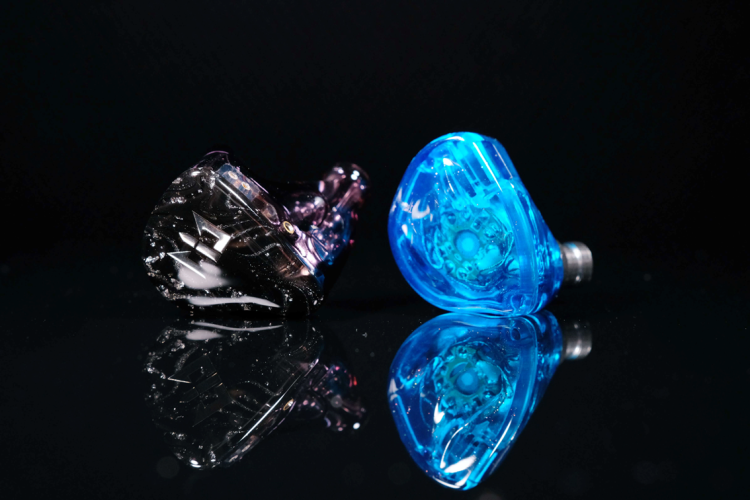 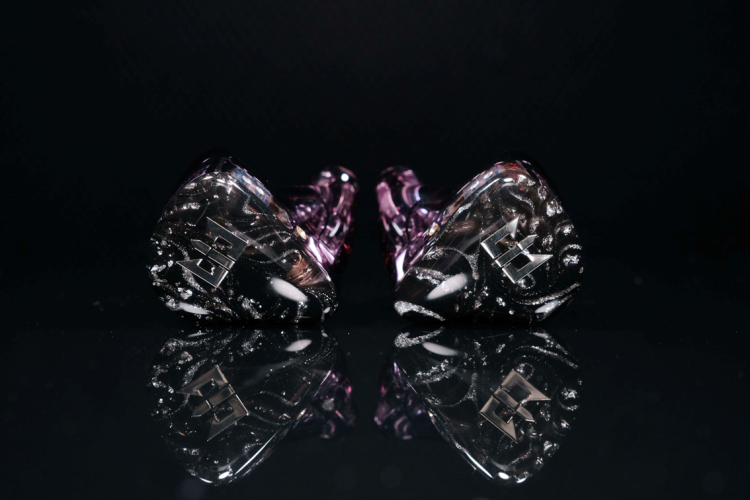 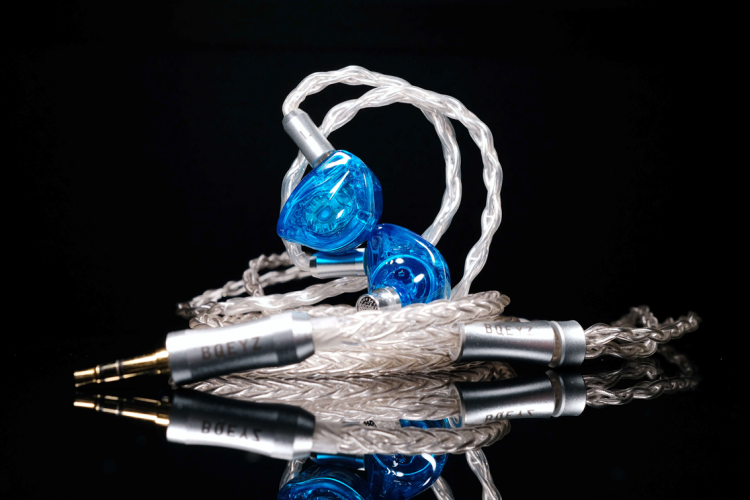 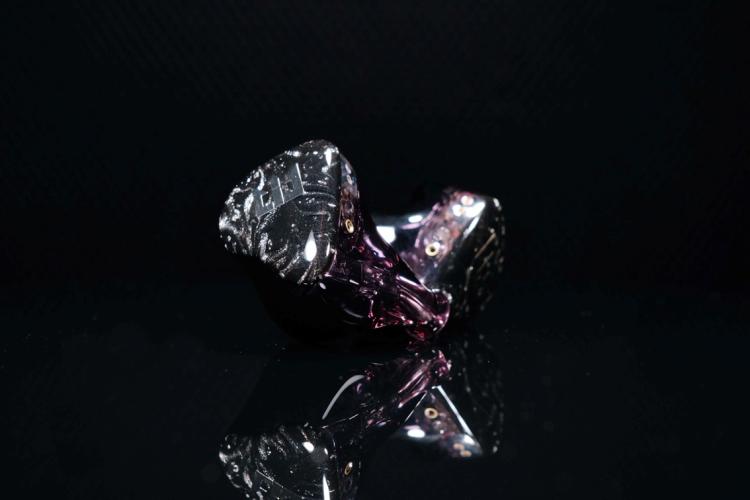 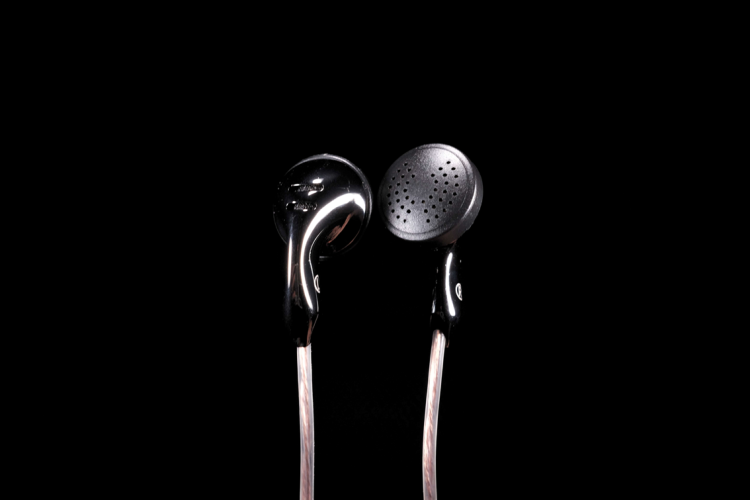 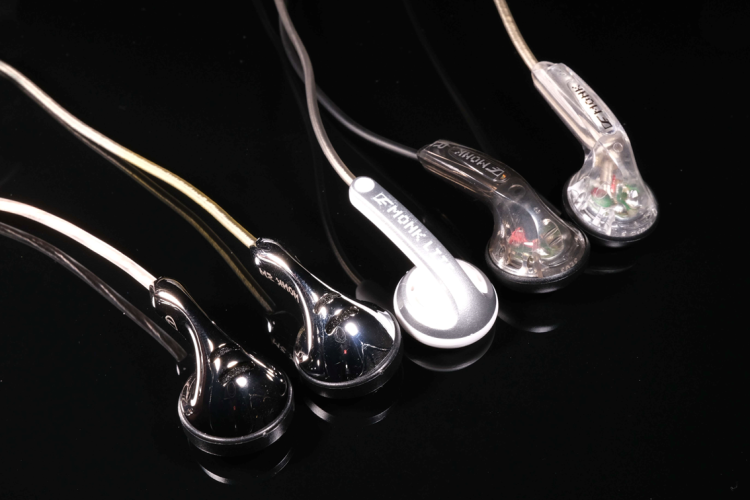 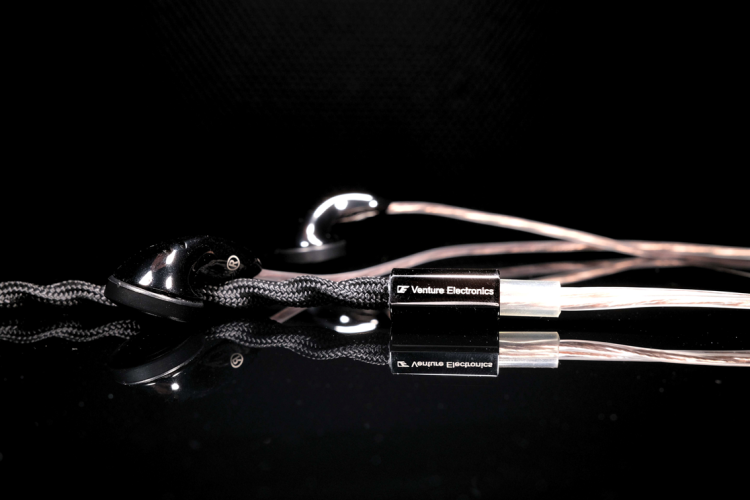 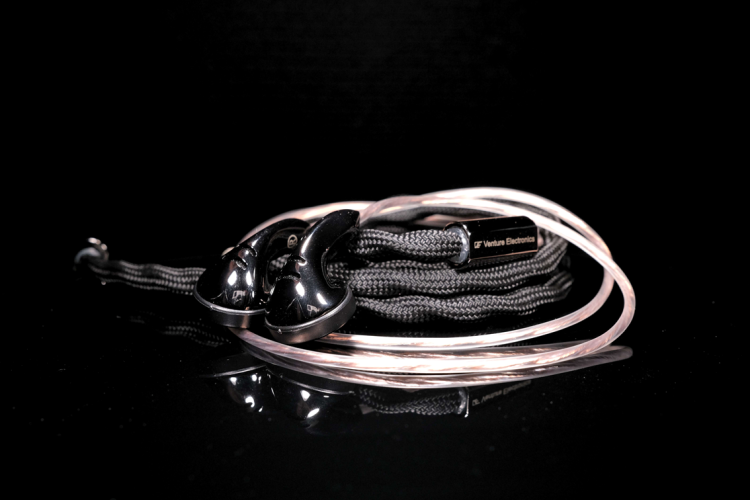 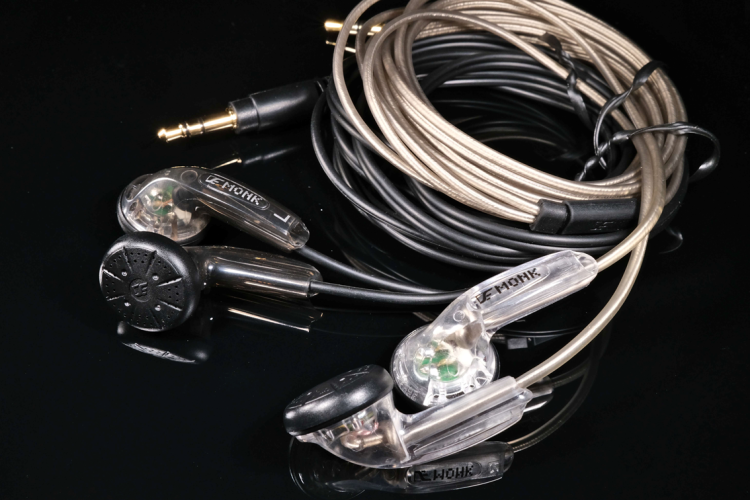 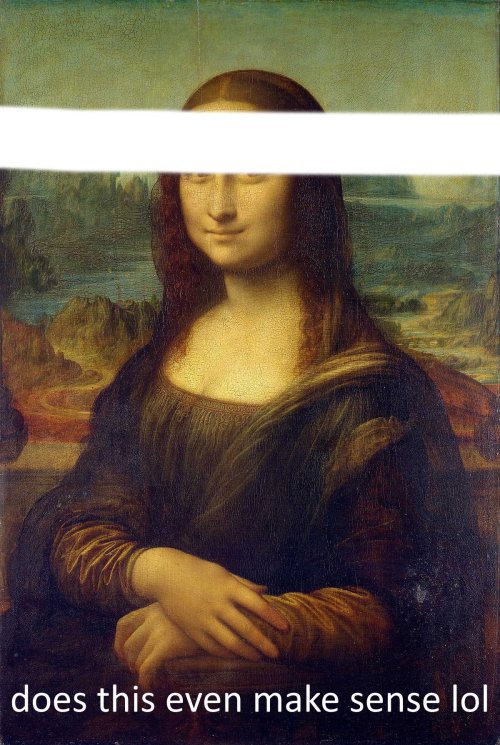 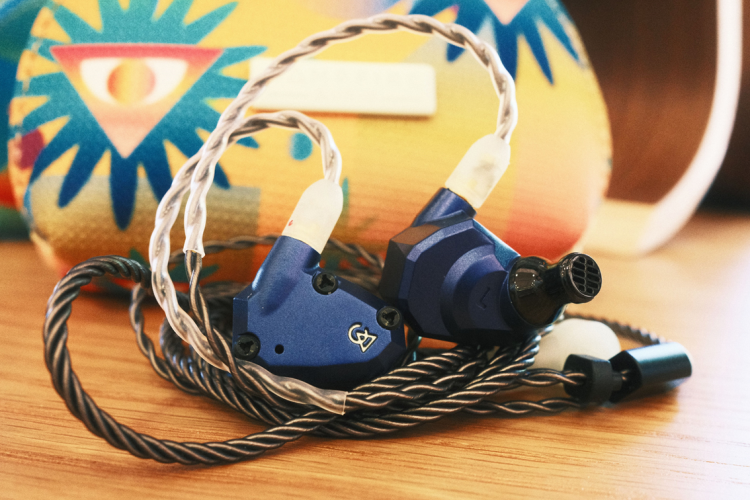 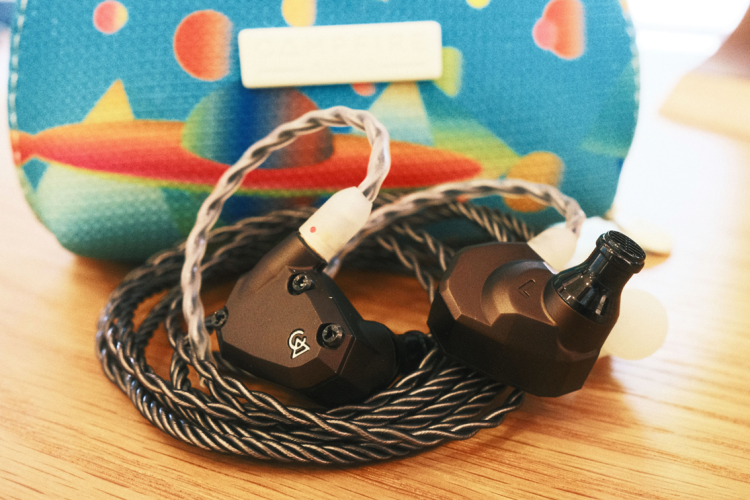 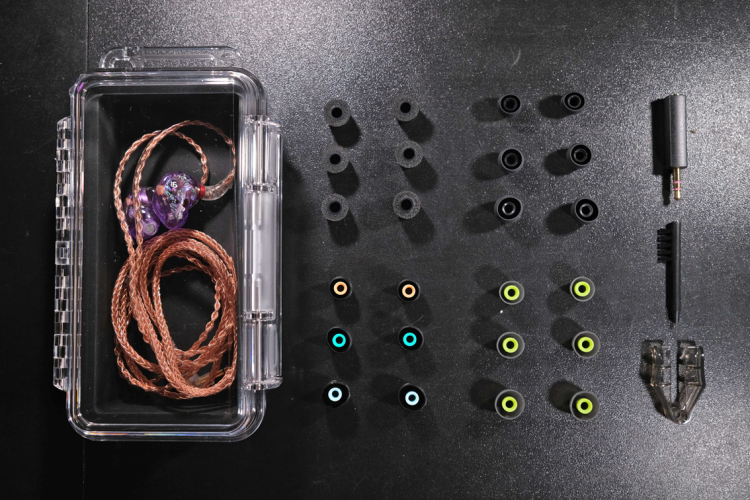 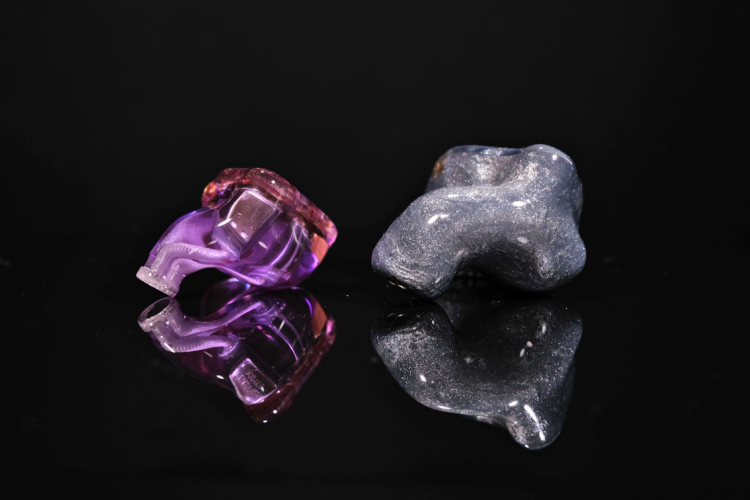 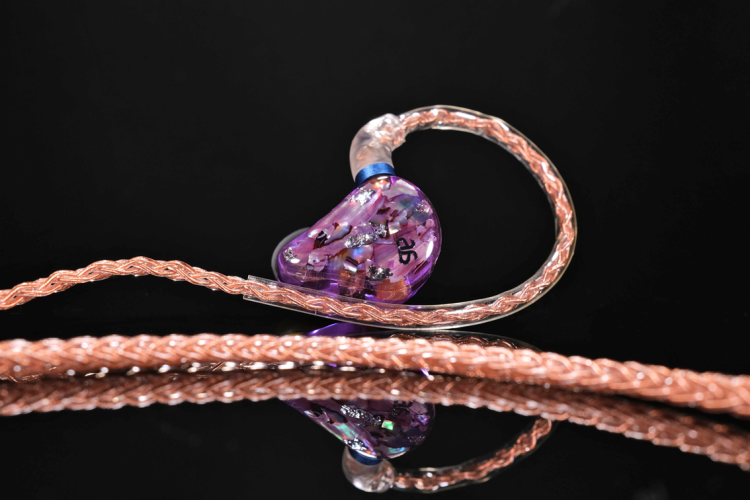 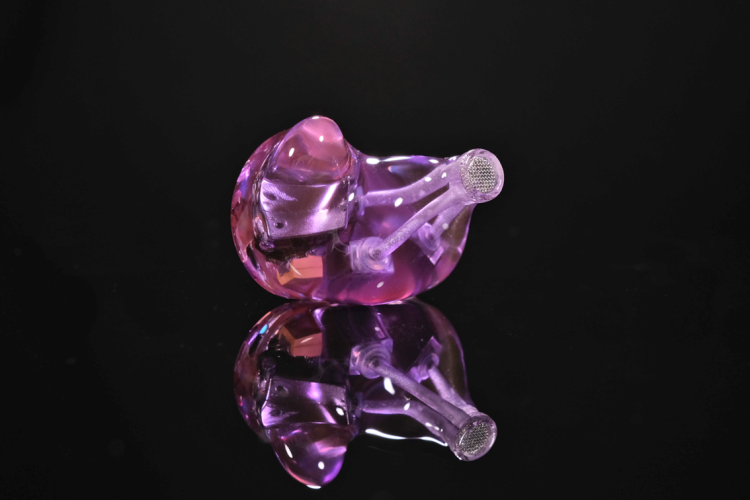 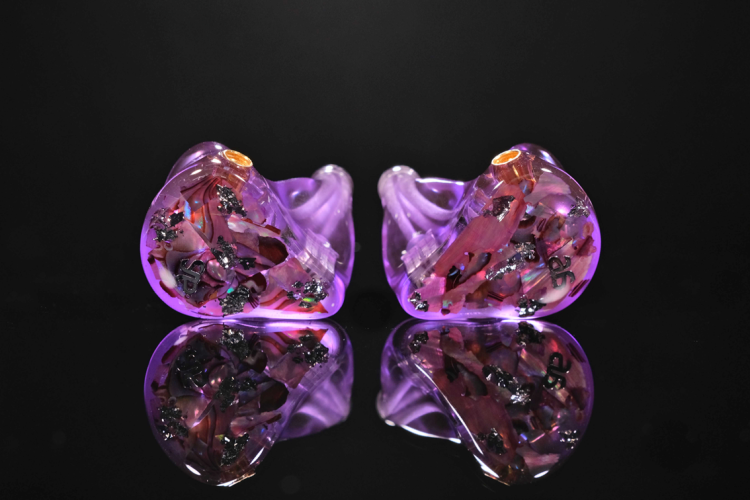 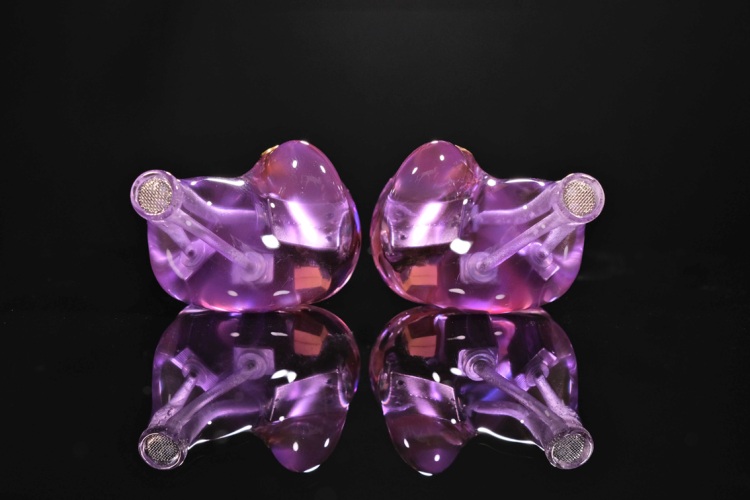 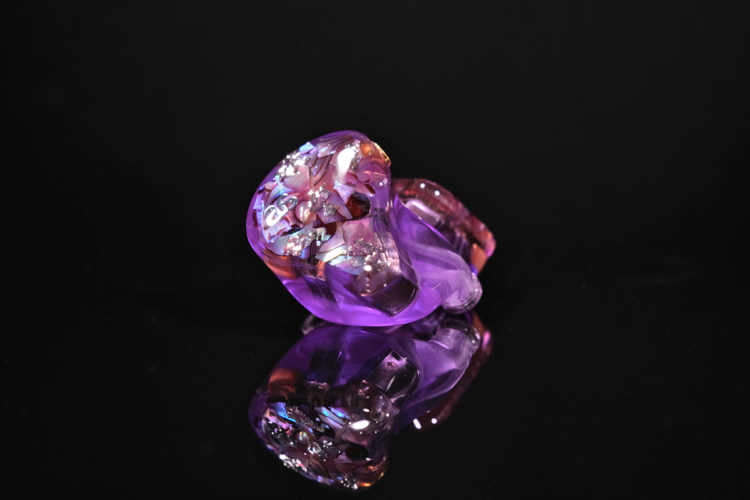 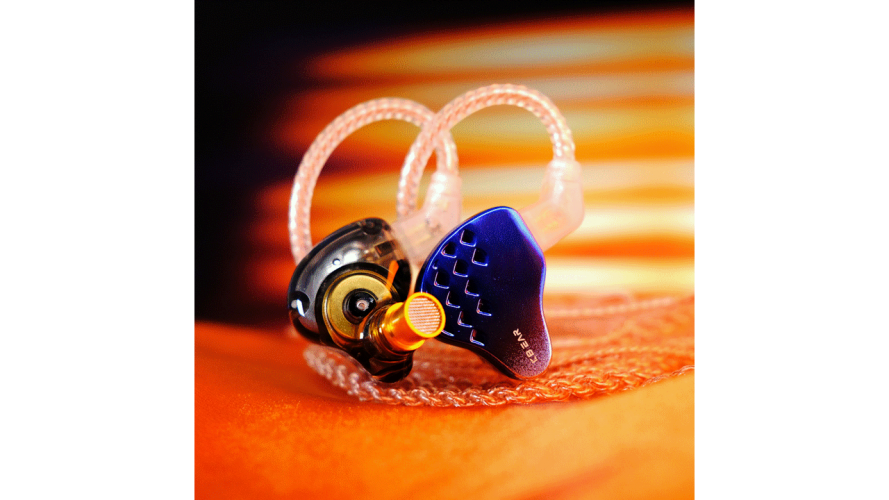 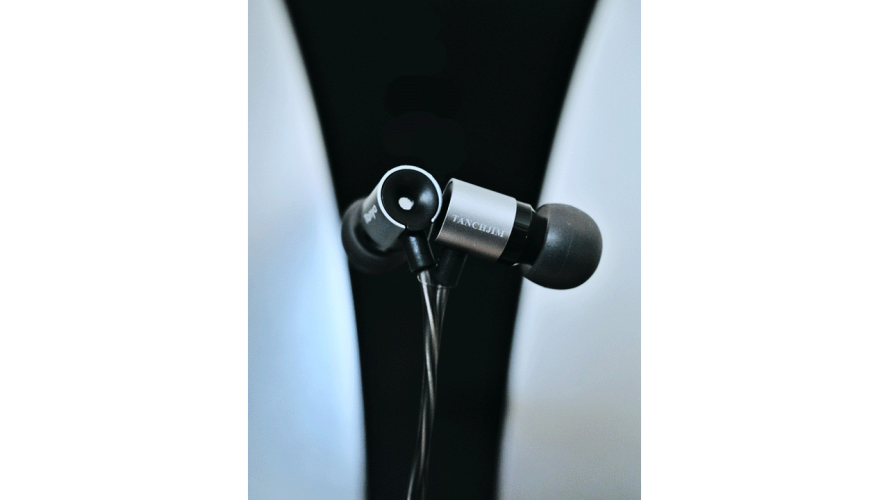 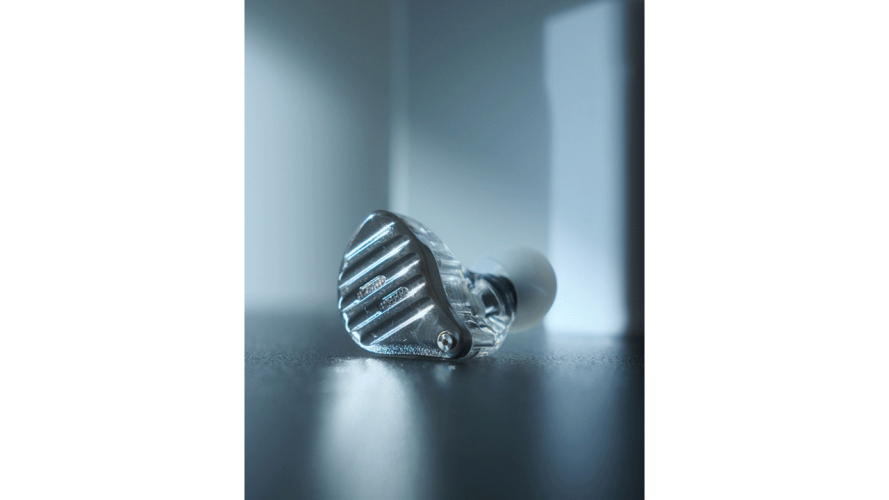 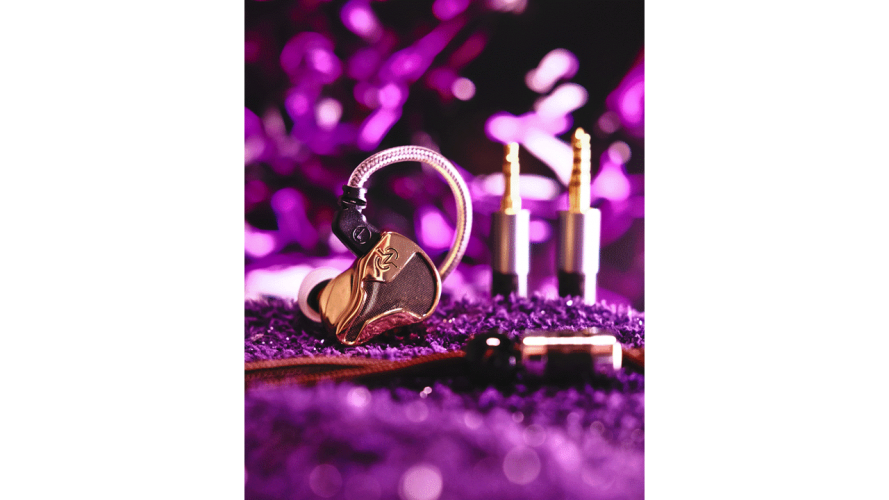 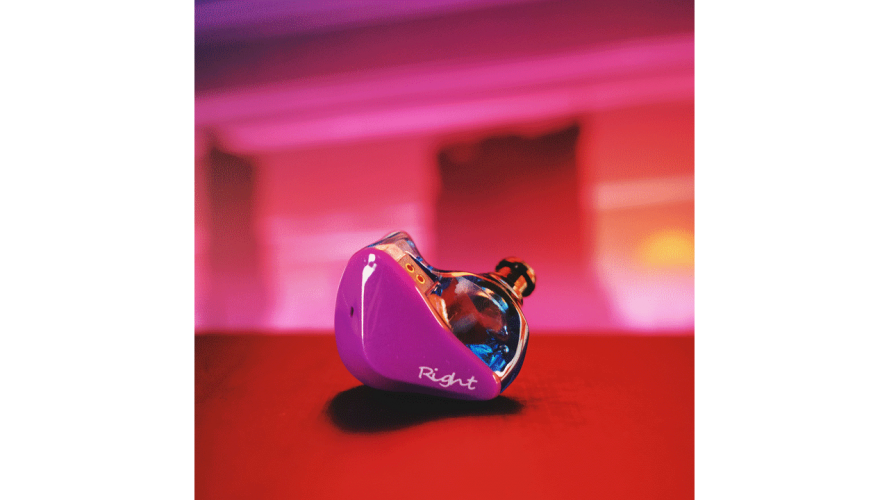 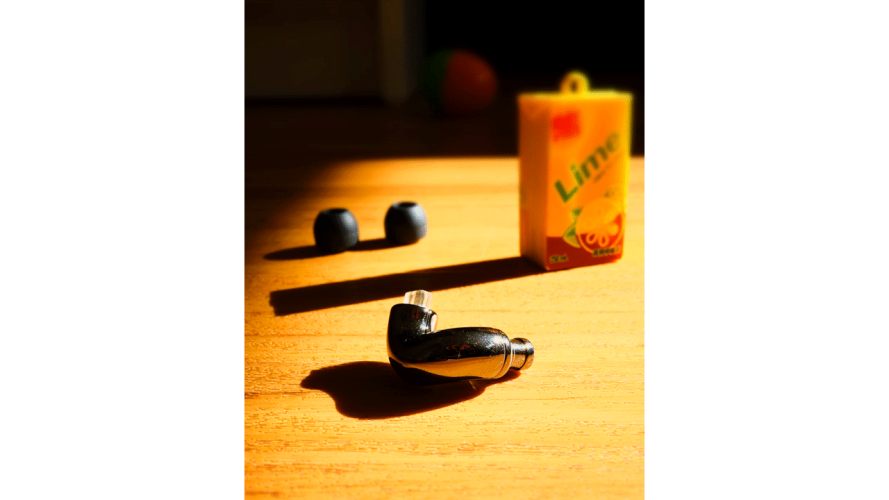 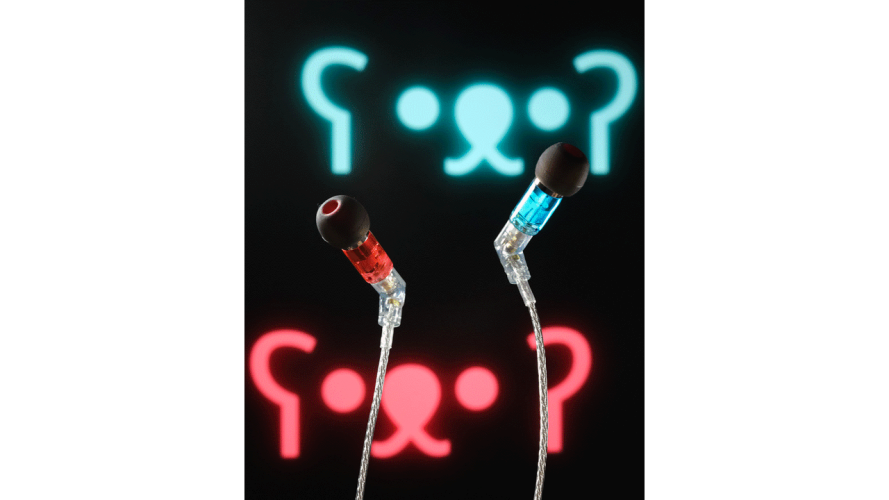 See full thread gallery...
You are using an out of date browser. It may not display this or other websites correctly.
You should upgrade or use an alternative browser.
dooxty's In-Ear World

Background
Initially started out as an experimental YouTube review project to occupy myself during 2020's lockdown. Decided to give written content another shot as current circumstances make videos unsustainable in the long term. I figured my style of delivering content has always been more suited toward writing anyway. We'll see!

Audiofly's AF1120 MK2 are a warm, flat-neutral pair of IEMs. With its solid technical foundation, the AF1120 MK2 is bound to impress both musicians and audiophiles alike. When pit against the famous Sony IER M7 & M9, the AF1120 MK2 holds its ground, leaving the main deciding factor for potential buyers to be their tuning preference and need for a flat sound signature.
Last edited: Nov 21, 2020
My Home

The HIFIMAN Sundara is a neutral sounding pair of headphones with little sub-bass, which is expected for its open back design. The bass is not overly boosted and I like how it manages to give some light tactile bass feedback with each bass note. I personally like its sound profile with orchestral tracks and acoustic but some users like me may find its presentation of vocals slightly uneven. Just something to lookout for when giving these an audition!
My Home

Sony MDR-1AM2 Review​
Click here for the written Head-fi review​
The Sony MDR-1AM2 is tuned with Sony’s new house sound; it is a well-tuned V-shaped pair of cans with an airy, energetic timbre. It walks the fine line between being musical and analytical and it can satisfy the average consumer, as well as the discerning audiophile, within the mid-tier price bracket.
My Home

KBEAR Lark "4k" Review​
Click here for the written Head-fi review​
At just USD$29.99, the Lark "4k" has good instrumental separation and resolution. Some may argue that the boosted 4k and upper-treble gives the auditory illusion of more details but having already taken that into account, it is indisputable that the Lark "4k" is indeed more revealing than your average set of IEMs. To top this off, the Lark "4k" has layering and imaging that I would never have expected in this price range. Check out the full review to find out more!
My Home

BLON BL-05s Review​
Click here for the written Head-fi review​
This would suit those who liked the BL-03 but found it a little too bassy for their tastes. While the technicalities and treble in the BL-05s are average, the bass also doesn't slam hard when I feel it needs to in some songs. Apart from those looking for more technical proficiency and those with zero tolerance for a mildly bloated bass, the BL-05s is a fairly acceptable sub-50 budget IEM.

Having said that, I hope to see BLON step out of their comfort zone to push the boundaries that they've created for themselves in future products. Achieving greater technical proficiency in the budget IEM market is indeed possible as seen with the KB EAR Lark "4k" version which I reviewed previously.
My Home

Really like the pentagon stat diagram you have for depicting technicalities! I don’t think I’ve seen that done before.

Precogvision said:
Really like the pentagon stat diagram you have for depicting technicalities! I don’t think I’ve seen that done before.
Click to expand...

Thank you! I find it much easier to summarise the way I hear things since there are so many different aspects to sound

The Noble M3 has a U-shaped sound signature with a large sub-bass and high-end focus.

The Noble M3's bass is characterised by its distinct, tactile sub-bass punch. It doesn't slam very hard but instead it feels more like unintrusive light taps that can be felt by the listener. This may be attributed to the larger sub-bass focus rather than the mid-bass. The mid-bass is not recessed as some warmth can be heard; but the relative lack of it as compared to the sub-bass and upper-mids makes the M3 sound thin.

On that note, the lack of body (thinness) may stem from an aggressive peak at around 2.5kHz and in the lower-treble (4kHz-6kHz) which makes the M3 more genre-specific for the music I listen to. Vocalists in tracks where the upper-mids are mixed to sound louder than the other frequencies (e.g. J-rock) tend to sound a little nasal. However, this effect is alleviated in western tracks which tend to be more balanced or heavier in the lower-mids.
Last edited: Apr 20, 2021
My Home

The Tux 5 has a V-shaped sound signature that is big on bass. While it does not slam very hard or deliver woofer-like skull-rattling bass, I find that the main appeal with the Tux 5 lies in its playback of songs with a subtle background rumble/hum. This is where the DD of the Tux 5 flaunts its strength of an impressive dynamic range in the low end. In this aspect, the Tux 5 is a different listening experience from conventional V-shaped IEMs as it brings forward and amplifies all the different bass tones available in the mix to deliver that big punchy sound. This makes the Tux 5 both articulate and detailed down at the bass region.
Last edited: Apr 20, 2021
My Home

The JH Audio JIMI AION is a warm-neutral IEM with a large focus on the lower midrange (250Hz -1kHz). The lower midrange boost may indicate muddiness to those used to listening to IEMs tuned to the Harman target but it certainly wasn't the case for me. From my experience, elevating the lower midrange and upper-bass regions tends to bring about honky vocals but it is so well-controlled relative to the whole frequency spectrum that it instead colours vocals and instruments to give them a more gutsy, muscular presence.

I absolutely love the JIMI AION. Its coloured sound gives me a refreshing new take on my favourite tunes. Even so, its warm neutral signature does not stray too far from realism for me to deem it a secondary set of IEMs. For my sonic preferences, the JIMI AIONs easily hold their ground as a primary pair for audiophile listening.
Last edited: Apr 20, 2021
My Home

The Roxanne AION is a neutral IEM. Characteristic of JH Audio's house sound, the lower midrange is accentuated to bring about a soulful presentation of the music, rich with emotion. Even so, the balance of lower-mids and high-end don't tonally skew them from neutrality. Furthermore, the Roxanne AIONs have excellent texture and transparency which brings about a sense of realism.
Last edited: Apr 20, 2021
My Home

Effect Audio Onyx Review​
Click here for the written Head-fi review​
Big thanks to Effect Audio for loaning the EA Club exclusive Onyx to me for 1 week for a full review. I greatly appreciate their kindness and generosity.

When paired with my IEM collection and music library, I find the EA Onyx a great cable for accentuating the bass region. It makes for an excellent pairing with bright IEMs for more balance, whilst retaining the same DNA in the upper-mids and treble which may have been the initial X-factor for the listener.
Last edited: Feb 9, 2021
My Home

BLON BL-01 Review​
Click here for the written Head-fi review​
Big thanks to Keephifi for sending over this unit for review.

Those with treble-sensitive ears or those looking for an inexpensive and easygoing "beater" set will find the BL01 pleasing for its price. Although I would have preferred for BLON to bring vocals forward in the BL01 as with the previous BLON models, I find it difficult to justify any qualms given the price of USD21.99.
My Home
You must log in or register to reply here.