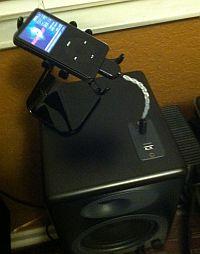 See full thread gallery...
You are using an out of date browser. It may not display this or other websites correctly.
You should upgrade or use an alternative browser.
Does a headphone amp do the ATH-M50 or Ultrasone HFI 580 justice?

Then you are in business Jay.  I use my Touch with various amps with great results.  Don't let the PA2V2 fool you.  Gary builds some nice amps that last.  I have had mine over 5 years and still going strong.

what other kind of amps do you use

jay delo said:
what other kind of amps do you use
Click to expand...


Well, I use my phones with various amps (portable and home amps).  I rotate gear a lot.  Just look at my profile (click on username) and if you have any questions, I'll do my best to help you out.
https://www.head-fi.org/threads/headphone-blowout.841335/#post-13837485

Damn!, you have a lot of audio equipment

jay delo said:
Damn!, you have a lot of audio equipment
Click to expand...

jay delo said:
which portable amp of yours is your favorite  and which one has the best bass options
Click to expand...


I would have to go with the XM5 for all the options it has.  Stay tuned, a lot of my iems have not gotten some love recently and they are complaining, so I'm thinking about selling some of my portable amps.  If you're interested in any, shoot me a PM before I put them up for sale.
https://www.head-fi.org/threads/headphone-blowout.841335/#post-13837485

i might do that first i will have to look them , thanks for all your help, u wouldn't happen to know a case that would fit the 580's the one on the ultrasone sight is 45 bucks

jay delo said:
i might do that first i will have to look them , thanks for all your help, u wouldn't happen to know a case that would fit the 580's the one on the ultrasone sight is 45 bucks
Click to expand...


You are welcome...No, sorry I usually use the Ultrasone case that comes with the phones and have never purchased aftermarket ones.

ya thats what i was thinking


LOL Jay...No worries...I have been using my LODs in a different fashion nowadays and full size phones with home amps so portable amps are not getting much use.... if you buy an e6 let me know how it is

The HFI 580's benefit from amping with more quantity bass(depends on the amp but generally) and other nice little responces like slightly more forward vocals and depending on the amp, the highs could get a bit less harsh by a tad bit than compared to using the HFI 580 with an iPod.
I prefer FiiO's with their bass boost and universality and musicality with the HFI 580 which isn't looking for accuracy. I would rather use the FiiO E17 as opposed to the O2 with the HFI 580's. The O2's were a bit too clean and didn't compliment the HFI 580's with it's EDM and Rap and electronic genre preferences that the E17 was musical to go along with. The E17 however wasn't as energized and sometimes loses out on speed and bump and just head shaking EDM when it can't "keep up" in a sense and that's where the desktop O2 or something could rectify. The best of both worlds for me is in my NFB 12.1. Musical, and energized, although some of that cleaness is gone, I can just line out to the O2 if I really ever wish.
Youtube Reviews / Headphone.Guru
Like me on Facebook
Project-H | Favs
You must log in or register to reply here.