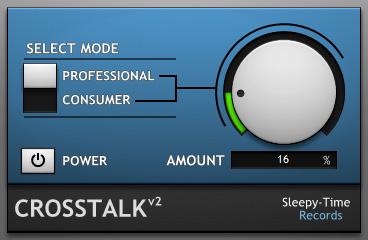 I  tried before many crossfeed before without much success ( bs2b , foo_dsp_xfeed, tb isone, dolby headphone, I've even done some "custom solution" ...).

What I  wanted , is to play music "on the background" with my headphone, while working  on my pc. The hd800 is one headphone more problematic than any other, I  just find harder with them to listen to music, while doing something else at same time. It's as if the imaging of the hd800 require more efforts,  disturbing my ability to concentrate on something else.
Recently I  discovered a vst effect, and I  noticed I  could listen to longer music session with the hd800. What's great, is that the effect is quite subtle, I  do not have the feeling to listen to an other headphone.  But it works with other headphone too (it's quite subtle anyways).


And by the way, the plugin is free. It's called "Crosstalk v2" from the website sleepy time.
http://sleepytimedsp.com/software/str-bundle/ I usually a setting of either 16% of 17%, "professional mode". Running it inside foobar, with a vst adapter.