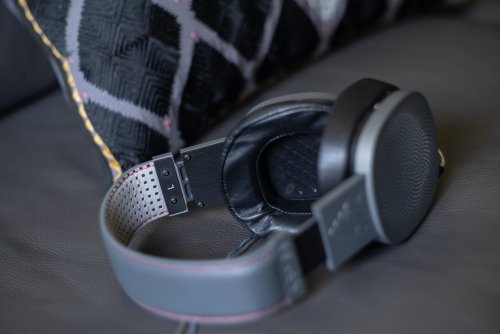 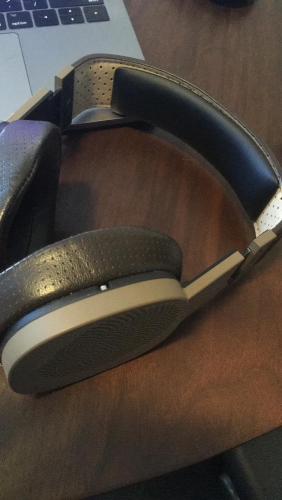 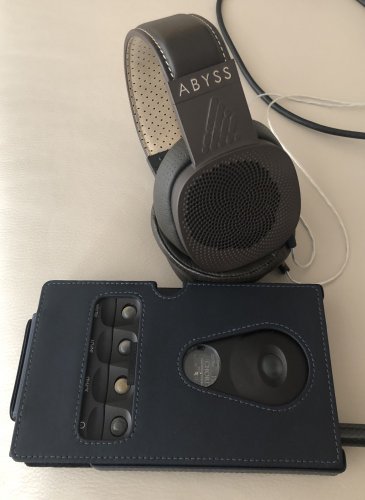 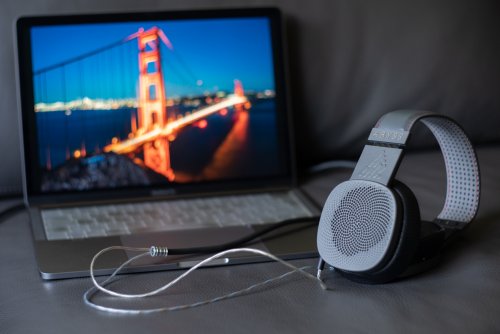 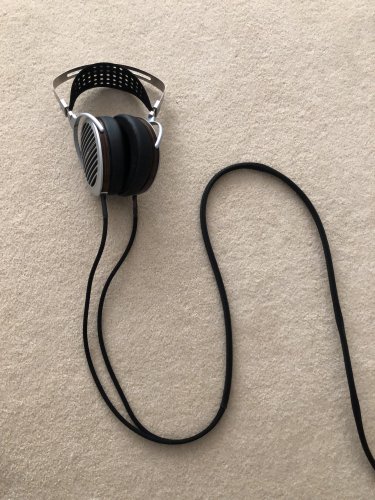 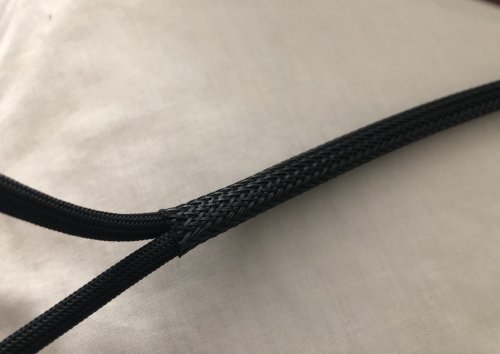 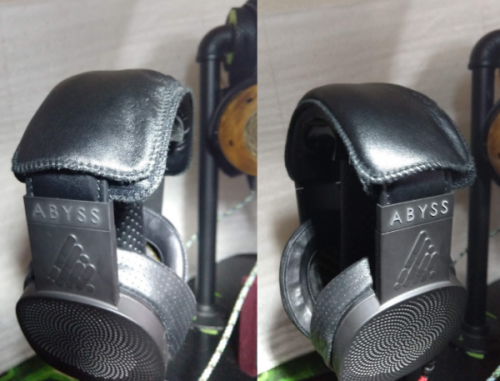 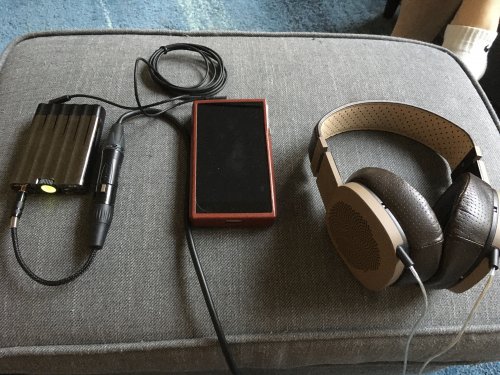 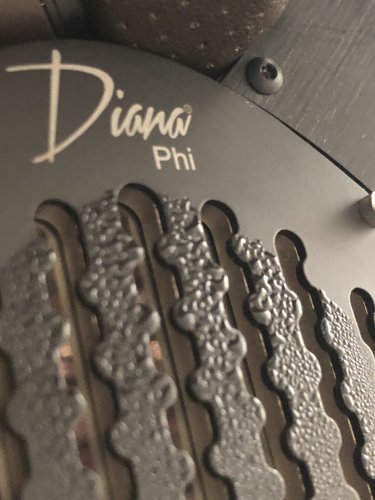 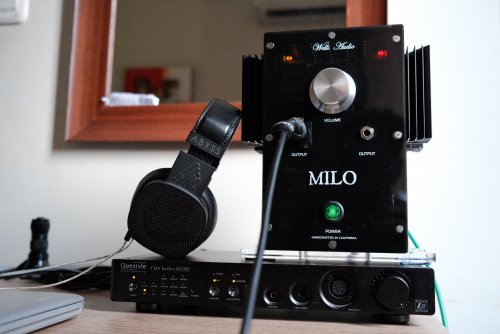 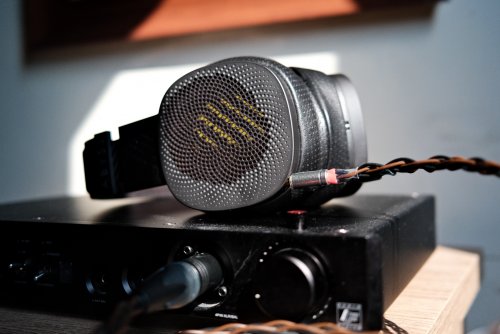 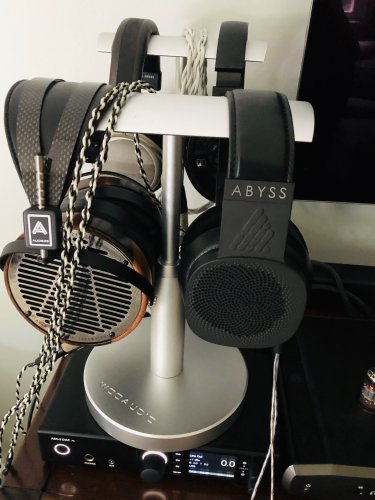 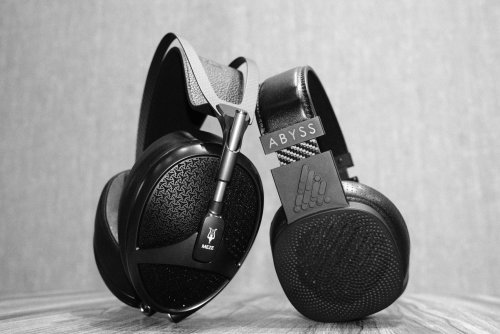 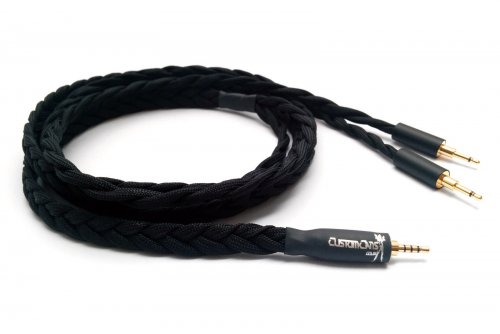 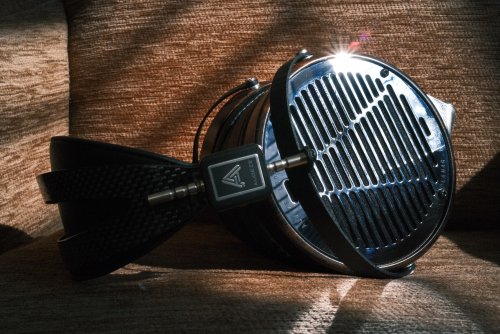 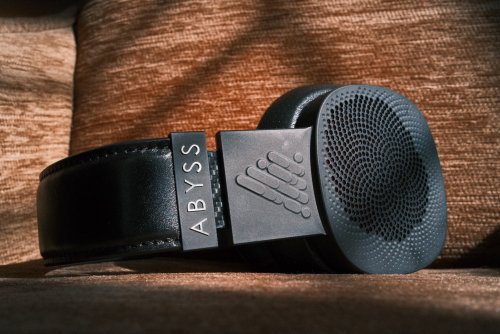 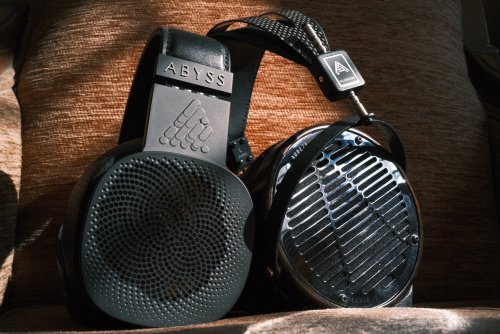 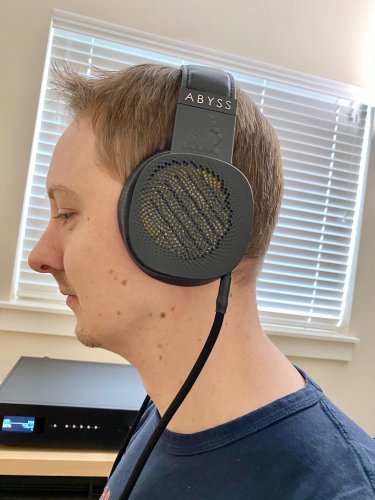 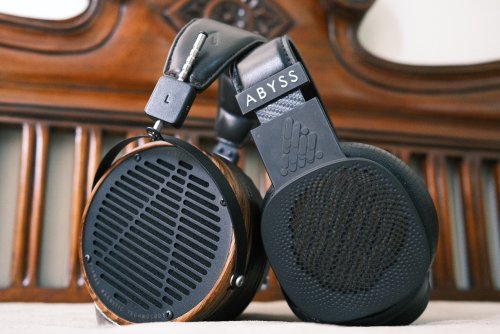 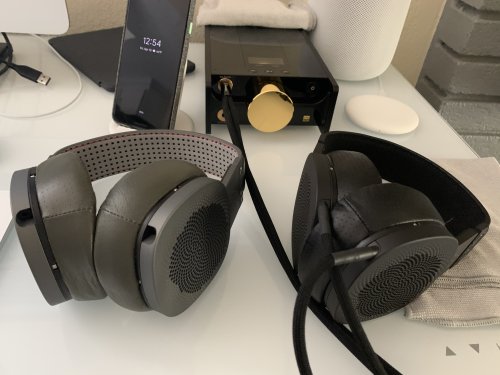 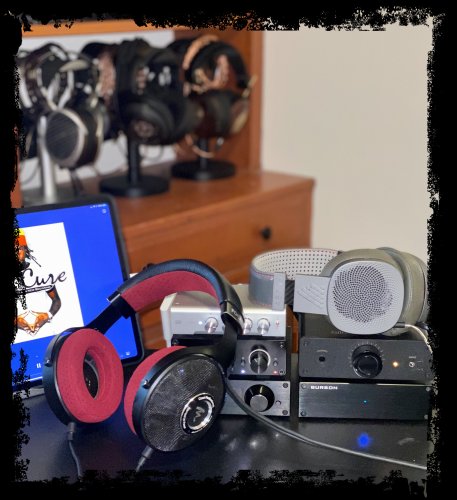 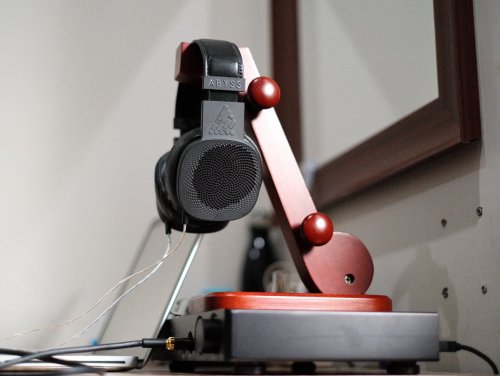 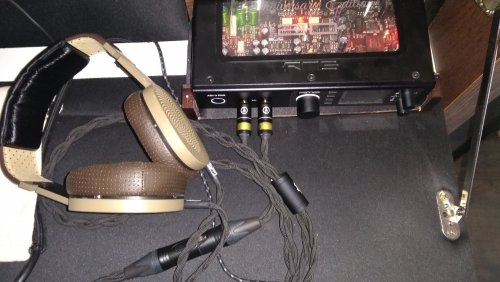 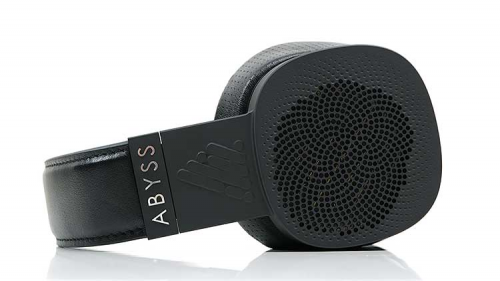 mulder01 said:
Well, they fit my ears ok... Keep in mind a lot of headphones have thin and non-adjustable pads. For me, the Diana pads are more comfortable than the ones on something like the HD800 or TH900 etc. I used to have an Ultarsone Ed 8 and they are on the smaller side, but my ears just fit inside still. Similar story with Diana.
Click to expand...

the th900's earpads are amongst the most comfortable that i've worn. they are neither thin or small - quite the opposite imo.
"Everyone is entitled to his own opinion, but not his own facts." - Daniel Patrick Moynihan
Share This Post
Reactions: billqs
post-14146227
Post #917 of 2,322

TheAttorney said:
So that just leaves the Phi. If only Joe made this 200g lighter, a bit more stylish and not so difficult to get a good fit. Higher efficiency and a lower cost would be nice too. It's not just the weight, it's the weight distribution: No headphone can handle Status Quo levels of head banging, but a bit of gentle bopping would be nice occasionally. I wouldn't dare doing that with the 1266 for fear of losing my head or the headphones - a more wraparound design is called for.

Enter Diana, which addresses all these points and also seems to start off with really good fundamental SQ. But to follow on from Maxx's comments, it seems like Joe needed to significantly differentiate his new model, so went for the cool/portable market, and that has brought its own set of compromises. I'm in the market for a Phi-without-the-penalties. I don't need a worthy alternative to my HEK's, I'm looking for a substantial improvement. The Diana seems to get close, yet not quite close enough. I may change my mind once I get to try them out.
Click to expand...

With the phi, you can bop your head. You can't go running on a treadmill, but you can shake your head around a bit without fear of them falling off. You have a little bit of pressure (not none) and the headband is rigid, so if you look up or down, the pads might move forward or backward a bit, but never completely slide over the top of your ears and off your head.

Everyone says the same thing about the fit of the phi at first - that it's annoying because you have to fiddle to get it just right, but once you spend a bit of time with them, that negative turns into a positive - you can dial in the sound you like without EQ or mods with just a small adjustment. I don't bother playing around with mine too much, but if you switched genres and wanted more/less bass you get used to the fact that you can easily do that in a few seconds and the fit adjustments become more of a feature than a hindrance.

Of course everyone wants cheaper, lighter, etc. Hey, Abyss sound out of some $1k earbuds would be nice, but it's just not gonna happen.

Diana is a completely different headphone - it is their cheaper, lighter, easier to power, more traditional fitting, normal looking alternative. It's also very well made and very transparent and honest. Does it have the monster impactful sound of the phi? No, but if it did, the phi would be redundant because who would pay MORE money for the same sound, heavier, harder to drive and weird looking. Nobody. You want the full immersive phi experience, you have to buy a phi unfortunately.

I've never had the HEK and Diana next to each other - it's been years between hearing them so I can't comment on my thoughts between the two. I remember having comfort issues with the HEK though so despite the earcups of the Diana being smaller, I personally find they're more comfortable. Sound wise, it's obviously subjective - hopefully you get to spend some time with the two 'phones yourself. My sonic memory is bad at the best of times so I'm not even going to try and describe any differences.

I wondered about the Susvara too, but have the same feelings as you. I think they have lost a bit of respect - even from once-loyal customers after they released the susvara and shangri-la in a HEK shell with a different driver and massive price difference. I think even if I got to hear Susvara and preferred it to phi, I would feel like I couldn't cough up the money they're asking, just on principal.
Share This Post
Reactions: TheAttorney and Wildcatsare1
post-14146233
Post #918 of 2,322

up late said:
the th900's earpads are amongst the most comfortable that i've worn. they are neither thin or small - quite the opposite imo.
Click to expand...

I remember they were one of my top picks before I decided to shoot for the 1266. I remember thinking I should spend a bit of time with the TH900 before I handed over the cash for them and after my second listen of about 20 mins I couldn't wear them anymore because I was getting a mad headache. I do remember the sales guy saying it was unusual for someone to complain about comfort with these headphones but that goes to show we are all different. My no1 concern with Diana was the earpads and I was honestly surprised I didn't have the same problem, but I don't...
Just my experience.
Share This Post
post-14146374
Post #919 of 2,322

mulder01 said:
... you can dial in the sound you like without EQ or mods with just a small adjustment. I don't bother playing around with mine too much, but if you switched genres and wanted more/less bass you get used to the fact that you can easily do that in a few seconds and the fit adjustments become more of a feature than a hindrance.
.
Click to expand...

A convincing response, but I still don't think the Phi would suit my low patience threshold. I like to do all my tweaking at the beginning to get the best balance for all music and recording types, then leave everything strictly alone so as not to distract me form the music. Yes I could also do that with Phi, but then say I want to show these off to my wife. I've got exactly 3.56 seconds to get it right before she walks away in boredom. So, either we have to spend a few minutes getting it right (while she rolls her eyes a lot), or she gets an underwhelming first impression of the Phi. Then when she returns them, I quietly curse whilst getting them back to exactly my perfect setting, and spend the next couple of days being paranoid that they don't sound quite as good as before. Then a friend of mine drops by for a listen - Noooooooooo,,,,,

Like I said, I'll give all these headphones a try anyway, just with less urgency than I may have otherwise done. I'm frequently surprised at reality not matching expectations, as I was when I chose the HEK's in the first place, when I should have chosen the Utopia's based on all the rave reviews at the time.
Share This Post
Reactions: Savage4 and up late
post-14149245
Post #921 of 2,322

Yeah, I really doubt it's as bad as you think though - if your wife or friend is only willing to allow seconds for audition, they probably wouldn't be swayed from their opinion even after some fine adjustments - I bought my 1266 after a couple of listens with a terrible fit - it's still excellent, but there's potential for it to be that bit more excellent with some tweaking. A perfect fit isn't paramount for a quick listen.

But anyway, this is the Diana thread and there is no such fiddling required...

I couldn't agree more with products not matching expectations - almost every time for me. Some people make the mistake of treating this forum as 'doing research' when they should be treating it as a chat room.
Share This Post
post-14158691
Post #922 of 2,322

slow day at the console?

mulder01 said:
I used to have an Ultarsone Ed 8 and they are on the smaller side, but my ears just fit inside still. Similar story with Diana
Click to expand...

Really looking forward to reviewing these headphones in a few weeks! I loved their bigger brother the Abyss Phi and really enjoyed what I heard from the Diana headphones this past fall at TAVES.
For my gear listing, please see my profile page.
Headphone.guru Reviews:
http://headphone.guru/author/macedonian-hero/
Share This Post
post-14179441
Post #926 of 2,322

I was able to hear the Abyss Phi but forgot a bit the sound of the old Abyss...

It's kind of hard to describe and compare, but the Phi sounds like it's taut with everything or well measured. I find the vocals thin.

It's not burned in yet. the soundstage is squarish for me

Just sitting down with my Phi tonight and Holly Cole's new album and I am absolutely floored with what I'm hearing! As I've mentioned, the most "speaker-like" headphones I've experienced with simply the best sound-staging I've heard from a pair of headphones. Tomorrow the Diana headphones should arrive for me to begin my review. Vocals are definitely NOT thin (and this is compared to my other headphones on hand). Simply put some of the best mids around and the treble has really been refined (over the original Abyss) to such a stellar level that I've been smiling through the entire album.

That said, I find these headphones really need some power to fully hit their stride. Yes, my DAVE does a fantastic job, but I slightly prefer the added 5.5W+ from my GS-X MK2 to really give them a bit more "punch". With the Diana, I'm really looking forward to taking the JPS sound around my home and not have to be "tethered" to my main rig. Looking forward to the weekend for sure!
For my gear listing, please see my profile page.
Headphone.guru Reviews:
http://headphone.guru/author/macedonian-hero/
Share This Post
post-14184629
Post #928 of 2,322

Maxx134 said:
How will you power the Diana?
It is not as efficient as most the hifiman models.
I find the Diana strong points to be transparency & resolution.
Click to expand...

I've got plenty of options.

For portability, I'll use my FiiO X5 III, the iDSD Nano BL and my various iDevices.

I'm listening to them out of my iPhone 8 now (straight with a Lightning to stereo adapter) and the iPhone can power them quite loud. These headphones are quite efficient already!

Build quality and packaging/accessories are outstanding! Comfort is definitely a strong suit too! More to come on the sound, but so far they are very impressive!
For my gear listing, please see my profile page.
Headphone.guru Reviews:
http://headphone.guru/author/macedonian-hero/
Share This Post
Reactions: Maxx134
post-14188193
Post #930 of 2,322

Ok...settling in with the Diana headphones and the Eleven XI Audio Broadway balanced headphone amp. I've got my Chord DAVE upstream (as the amp is fully balanced front to back) and I am IMPRESSED! The headphones may be small, but they sound B-I-G! This amp outputs 2W (compared to 1W for the single-ended Broadway S) and has a lot of punch, dynamics and transparency! I will try my Abyss Phi this weekend with this amp and report back on the Abyss AB-1266 Thread those results. Both so far are really impressing me!