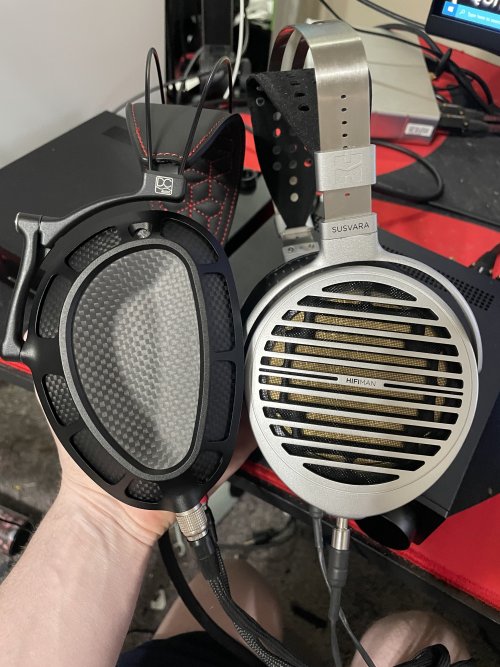 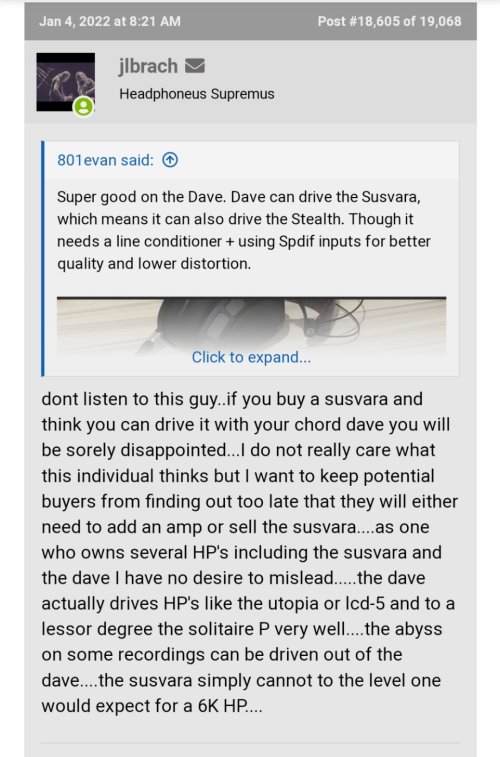 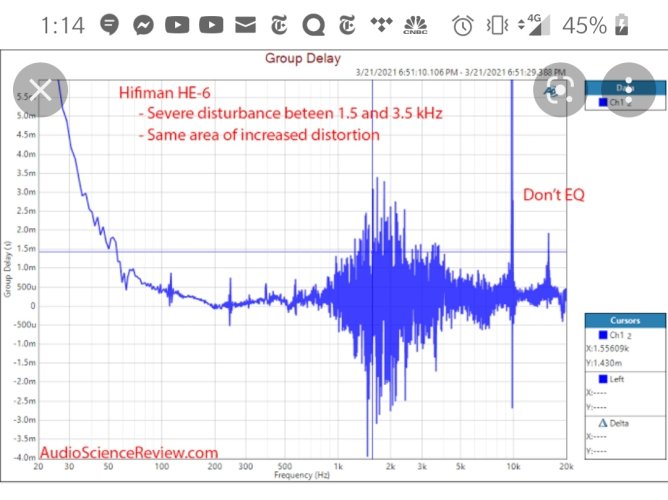 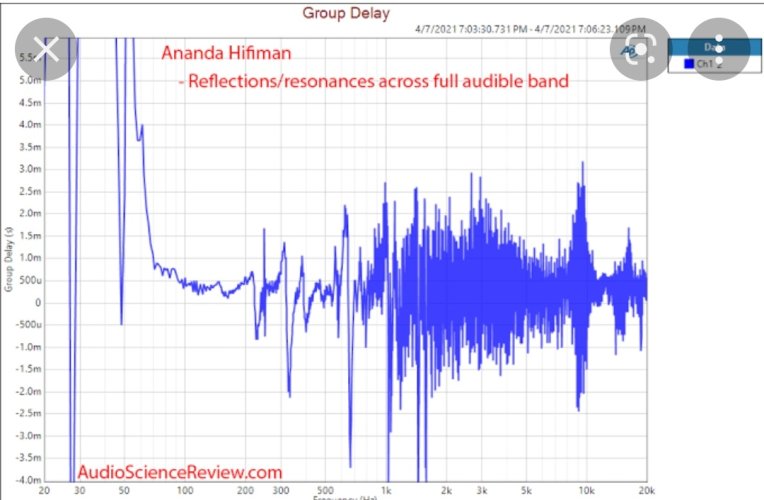 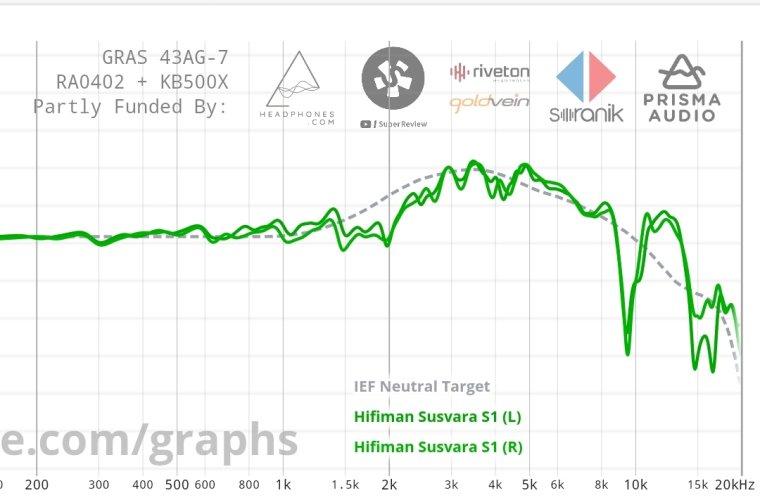 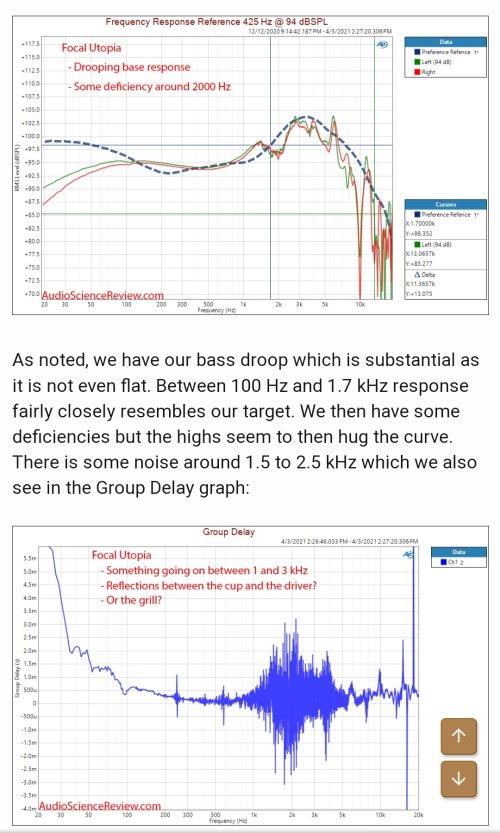 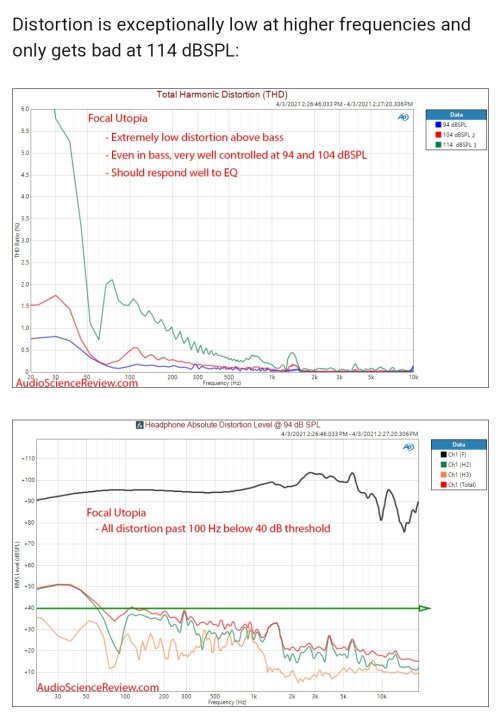 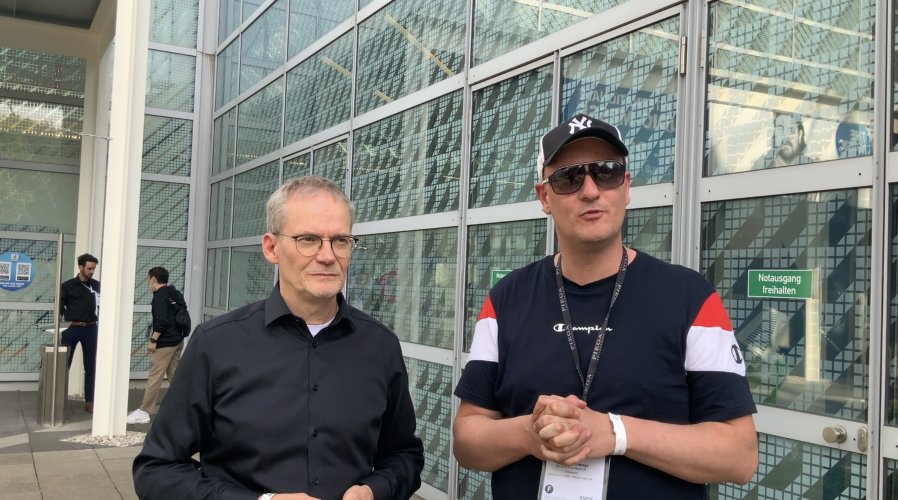 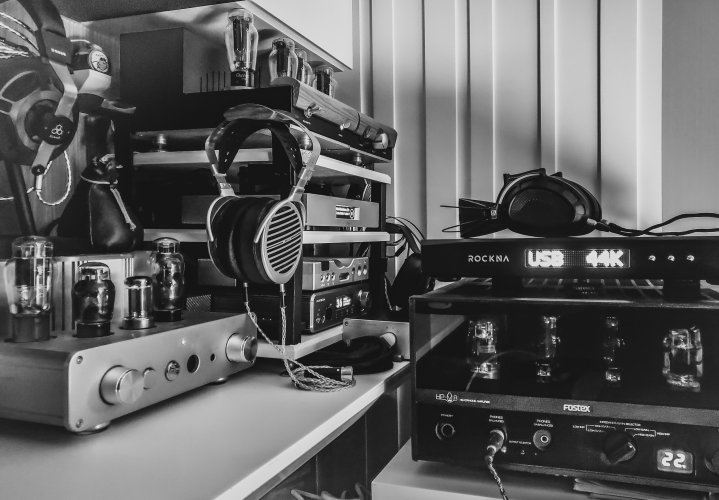 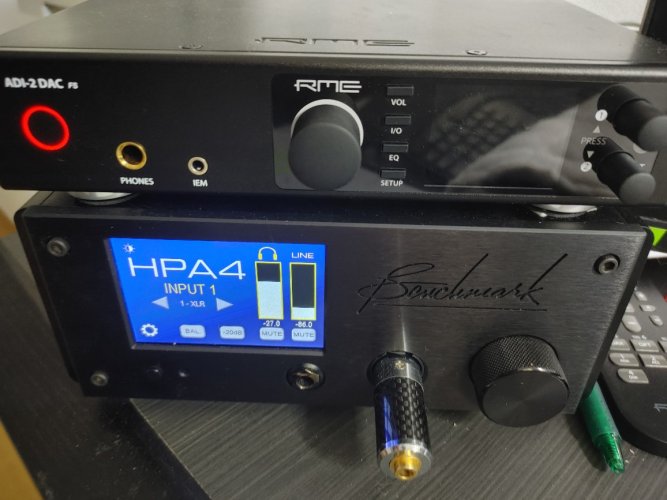 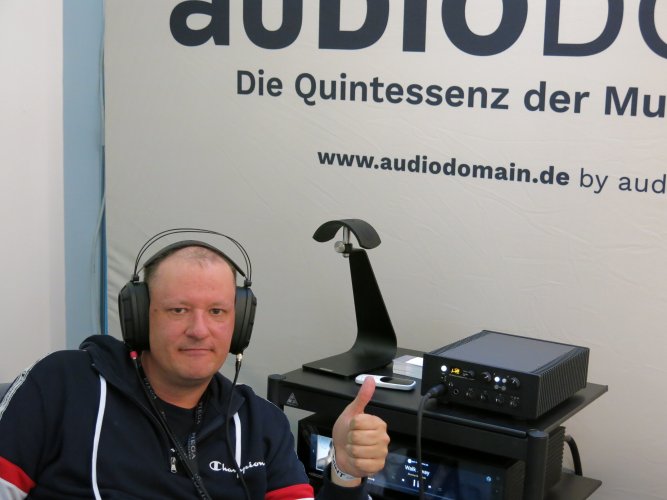 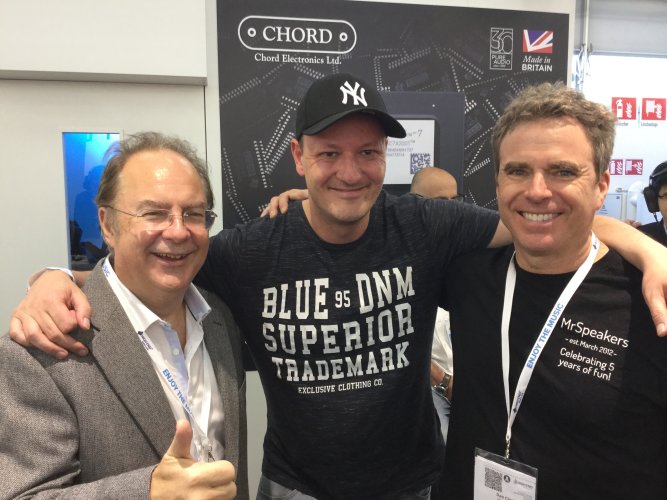 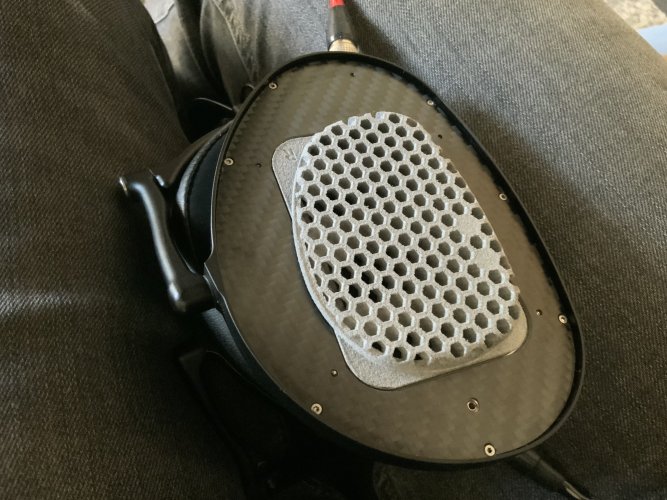 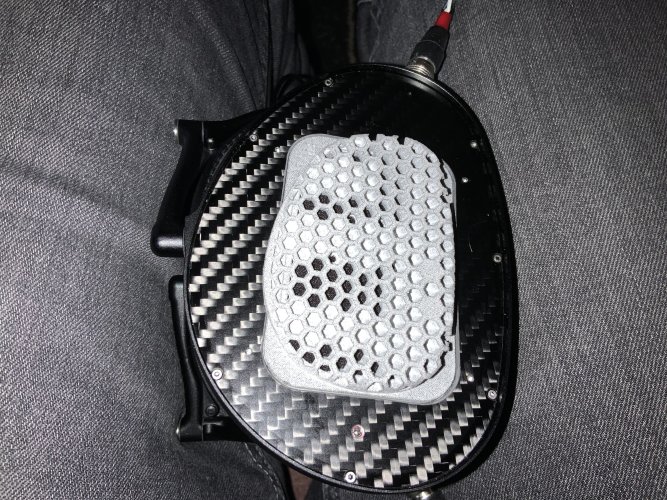 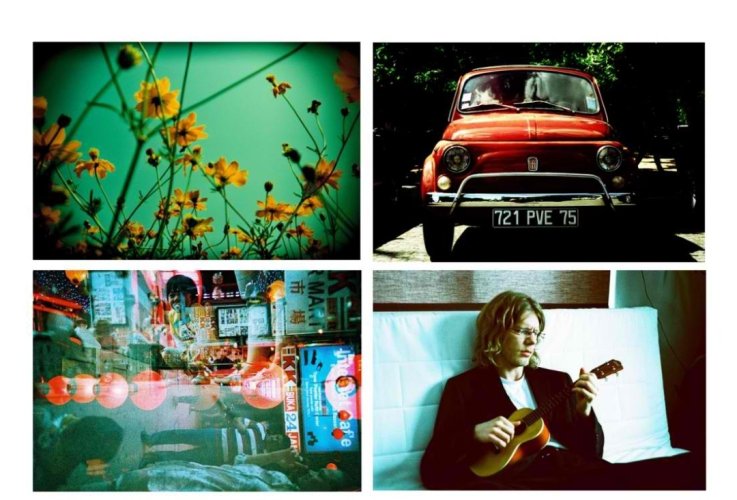 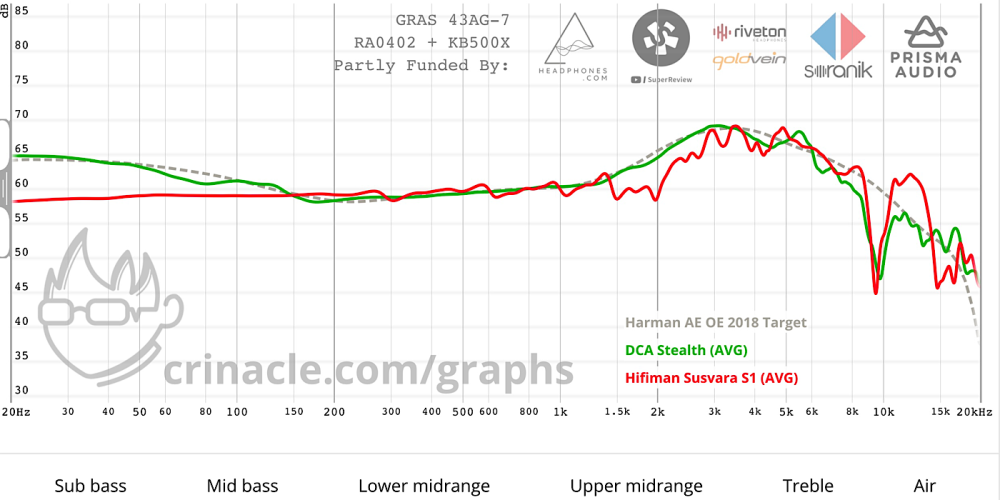 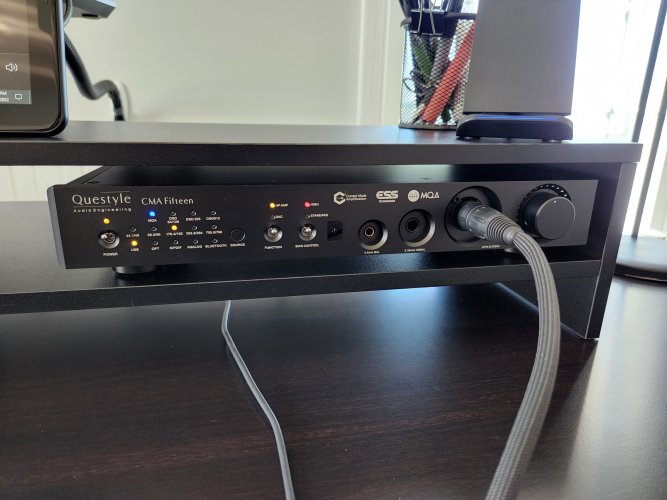 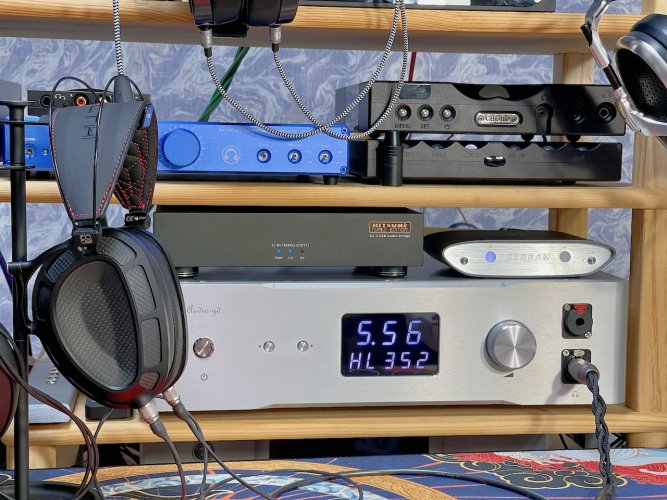 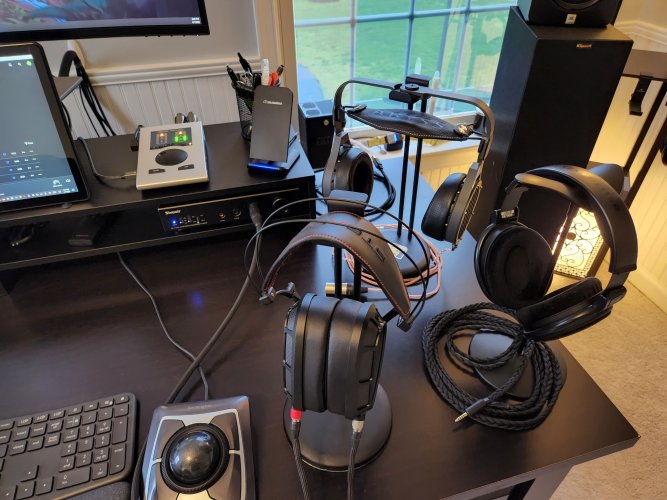 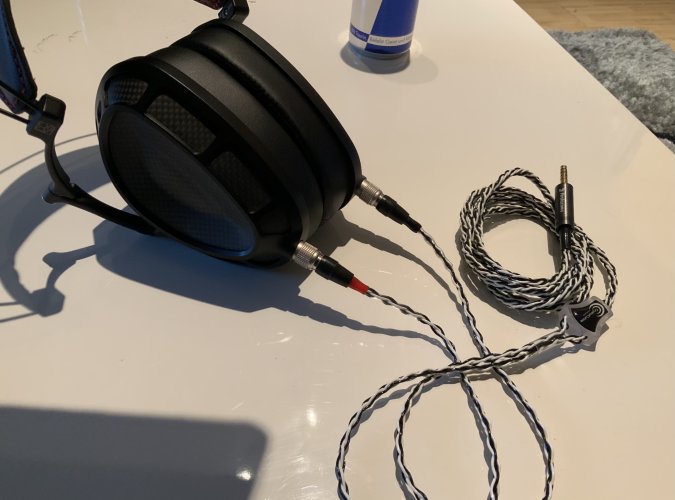 See full thread gallery...
You are using an out of date browser. It may not display this or other websites correctly.
You should upgrade or use an alternative browser.
Dan Clark Audio Stealth Review, Interview, Measurements

Plenty of headroom then. Nice! Did you use the tube or hybrid mode for the Stealth?

Just be mindful volume level does not equate to driveability of the headphone.
They are related but still fairly different.
The sonics will definitely be impacted if the amp doesn’t have the required current and voltage swing.

deuter said:
Just be mindful volume level does not equate to driveability of the headphone.
They are related but still fairly different.
The sonics will definitely be impacted if the amp doesn’t have the required current and voltage swing.
Click to expand...

The sound might be loud but the headphones would sound slightly "dead". Low current and voltage swings will impact your low end, sound stage and dynamics. Moreover, chances of clipping will crop up here and there. I learned this the hard way where I was only looking at the "VRMS" and "Watts/Ohms" values only.

It's definetly listenable, and sometimes enjoyable (good for moving around and traveling scenarios), but if you're buying a flagship TOTL, make sure you have at least a powerful desk setup that would be able to drive it in order to enjoy it to its fullest and grasp the differences/compromises with your own ears.

buenahora said:
Hello, looking for input here- I recently purchased the Astell & Kern SP2000T. Would I be able to drive the Stealth with these or do they require a full desktop amp?
Click to expand...

Stealth lacks a bit of the lower end when using DX300 MAX in SE output, but it sounds great with DX300 MAX + C9. The bass goes very deep with this combo, really clear vocals and details.

With SP2000T, you can try your luck with the balanced cable, though it will certainly scale better with more powerful gear.

rfernand said:
I’ll keep evaluating them and play with them. But they may very well be closed back endgame for me.
Click to expand...

Still playing. Still liking ’em a lot. It feels like you’re in a very well treated room with these guys. I give them a long (cool) Jazz session and they were very happy getting out of the way. They do have an opinion on music (they’re not “neutral” by any means). They seem to tame the kids a bit and give bass a nice overall presence. They seem fairly “right there” for me.

I’ll do a full review after I get used to them. No quirks so far, to be honest.
A world that can produce The Beatles and Beethoven is a world worth saving.

Widell said:
How abt Chord H2 and DCA Stealth? Anyone?
Click to expand...

In my opinion Hugo 2 works fine. But some people think you need more power.
L

Hugo 2 will be fine. Problem with most DAP is the SE output is a lot lower than the balanced output, so you will need a dedicated headphone amp or at least a balanced cable to get more out of the stealth.
8

Comparing the Stealth to my LCD4 and I can confirm a few things. If the LCD4 sounds better than the Stealth, it's because of the distortions in the chain, (USB chain, transport, power quality). After modding my IFI Diablo with external power, the Stealth exceeded the LCD4 by a lot in all counts. The Stealth is a revolutionary leap and I want to thank and congratulate Dan Clark and his team for the breakthrough technologies he incorporated in this HP.

The same behavior is seen on the Dave. LCD4 sounds great on USB input while Stealth sounds grey, undynamic and even distorted. Even more so on redbook that I've lost interest in listening. When I got the SRC DX, it opened up the floodgates on the full potential of the Dave. Stealth sounded full, smooth, pure, linear and with zero resonance. Going back to the LCD4, it sounded shouty and the ear pad resonance starts to show itself too much.

The Diablo pairing is amazing too with MQA and balanced. MQA is also the best format for the Dave to my surprise. Diablo + Stealth 4.4 is the only time I've appreciated balanced. There is a track i use where I'm studying the detail of an instrument and it's biased to the right a bit on Diablo and Dave 6.3mm. With 4.4, it's smack in the center. I use low gain on the Diablo for both 6.3 and 4.4 as it is more resolving.

Stealth is perfection in my book and easy to drive. I am a big convert. Don't wait for an open version as this faithfully captures the room in the recording with zero resonance from the can. I've had chains where it WILL sound undynamic and disappointing as many other impressions here and canjam have claimed and I can confirm that it will be the sound you will get if the chain isn't optimized. Don't waste the potential of the Stealth by using a beefy amp as it's boosted color will ruin all the true resolution of the track that the Stealth has the ability to give.

elira said:
In my opinion Hugo 2 works fine. But some people think you need more power.
Click to expand...

As the Stealth is only 86db/mw sensitivity, it will probably work and give a lot of sound pressure, but it will be clipping for some low and ultra low frequencies, and it should be nearer a marmalade jam with some big orchestra music than a sum of distinguishable instruments.
It will make an expensive combo for a rather poor result.
I can easily confirm my analysis with a Kann Alpha which should be powerful by itself and is so far of what I get with it when I use a portable Less BX2+ (2x2450mw at 32 ohms) or a Monolith THX887 (2x3000mw) between the Kann Alpha and the DCA Stealth !!!
Maybe 80% of the time the Kann Alpha with its 12V output can drive the Stealth, but it is really frustrating when music is clearly degraded when high instant power is needed.
Last edited: Oct 24, 2021
Home Desktop Combo : FIIO M17 (DLNA Renderer) / SMSL SU-9 / Monolith THX887 + HEDDphone One + Grado GS3000e
Night Sleep Combo : Samsung Z fold 2 + iFi Go Blu + iFi IEMatch 4.4 + Xelento
Office Combo : FIIO M17 + DCA Steath / Vision Ears EXT
Trip and Oversea Combo : Z fold 3 + WM1A-NP / Ampersand / WD P50 4TbSSD / Vision Ears EXT & DCA Stealth
Streaming services & WAN : MinimServer 2.1 & Qobuz, ....Software : BubbleUpnp, Neutron Player, Foobar 2K, Mconnect, PowerampEQ .

Member of the Trade: tgxear 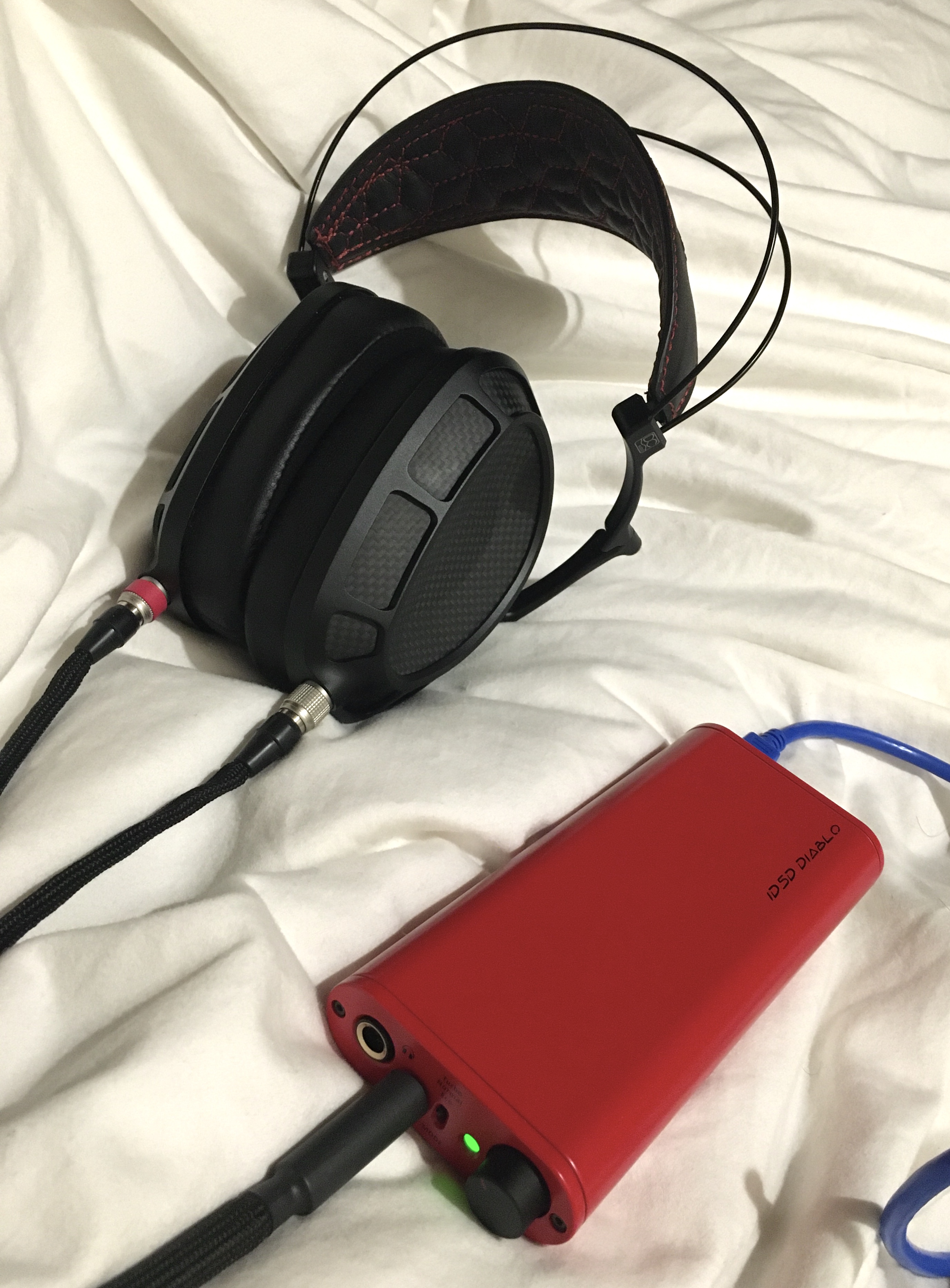 Widell said:
How abt Chord H2 and DCA Stealth? Anyone?
Click to expand...

mrspeakers said:
I use one, and a Mojo, for knocking about the house. It has more than enough power for my needs, granted I don't listen at ear-damaging volume but never once in 2+ years have I felt a lack of power. Is it a replacement for my TT2? No, but it's pretty fantastic for something portable.
Click to expand...

“The test of the machine is the satisfaction it gives you. There isn't any other test. If the machine produces tranquility it's right. If it disturbs you it's wrong until either the machine or your mind is changed.”
― Robert M. Pirsig

Chord USB input has a fair amount of distortion. If you do toslink, it'll be a better experience with the Stealth. Hugo 2 has lots of juice for the Stealth.
You must log in or register to reply here.