You are using an out of date browser. It may not display this or other websites correctly.
You should upgrade or use an alternative browser.
Damn You Head-fi!!!

Been lurking here for about 2 weeks now. Thought I'd finally sign up and introduce myself just like others have... with a little cursing subject line.

It's on here I found reviews for the headphones I ordered last Thursday and received from Japan today (a mere 4 business days from Japan to Cape Town, South Africa). Have a set of Audio-technica ATH-A900 now. I've had them for a full 4 hours now... and I've been screamed at by my wife 3 times already.

I think she screamed at me, I couldn't hear her.

It fit my "budget". Yes, I blew out probably a ton more than I should have considering I'm probably teetering on financial collapse right now.

But I can't hear the bank manager either.

It's been years since I last used a fairly good set of cans and that was also hooked up to a pretty decent NAD amp which my folks still have. Been years since I've fired up any music at my office during office hours, so earlier this year I thought I'd start again because I was hearing my boss too much. I spent a few pennies on some cheap headphones which lasted 2 months before I killed them. Fair sound from them though considering they were real crap knock-offs. But they changed rapidly from being good to sounding crap and then things started to break.

Anyway, the words on here led me to Audio-technica which seemed to fit the music I prefer (I'm no headphile, really). My source is my mp3 rips going through my weeny Asus Xonar U1 seeing as it was a good price and I'm quite impressed with it doing duty at home and the office. Just have to be careful with the ATH-A900 as they seem delicate and I was using folding DJ headphones previously. Might get a pair of those AT DJ phones for lugging around.

Only one thing though...

A little bit of a shocking realization that I, indeed, do have a particularly small head. And age is leaving me with diminishing padding up there too.

Hey, does anyone know of those tubes on the ATs can be shortened a tad? I look like the last half peanut rattling around in a peanut can with these on.

Anyway, I'm off to read more reviews on here for desktop amps. I'm not gonna buy anything though... I think I've spent enough to end this year off. And I'm blaming you lot for it all!

Welcome, sorry for your wallet.

Haha, Im happy for you. Do you really think your not going to buy anything?

O and welcome to head-fi, you should know the slogan by now: Sorry for your wallet!

Welcome!
Definitely sorry about your wallet. Be careful with those amps.
Feedback

Yeah, from what I've seen on here this is really something that can bite. An expensive hobby/passion.

It's just been one of those years of financial mayhem (economy, slip-ups, ever increasing interest rates, etc), but for all of that I think I deserved a nice spend for my birthday... and my christmas... and my anniversary, etc. I even got rid of my project track car last month. 2009 better be better.

It's just that the stuff on here is soooo tempting.

I might next year, but I must focus on some other items that need sorting first. But I definitely would like a dedicated amp in the next year. I'll have to squeeze it into the household budget... she-who-must-be-obeyed will never know.

Indeed, this is true.

congrats, and grab a pair of AD2000s so you can hear your surroundings (given that you're not too busy singing and tapping your toes or air-conducting)

I need a closed pair. There'll be endless complaints at the office with open ones. AD2000s would be sweet though.

try to stop me: 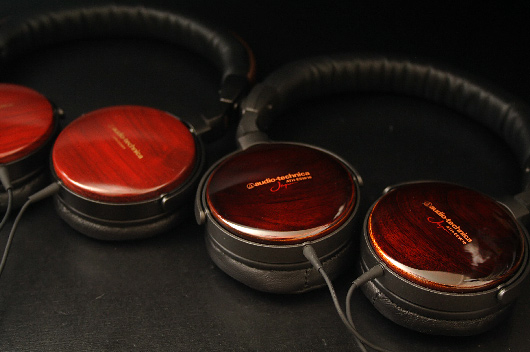