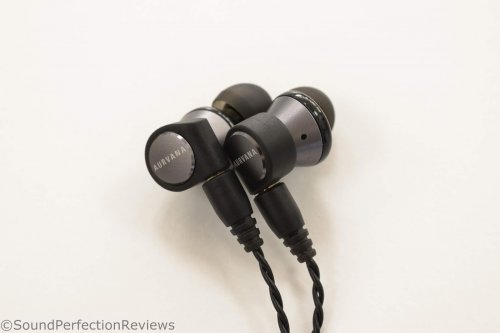 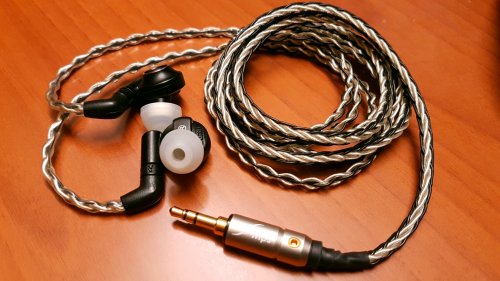 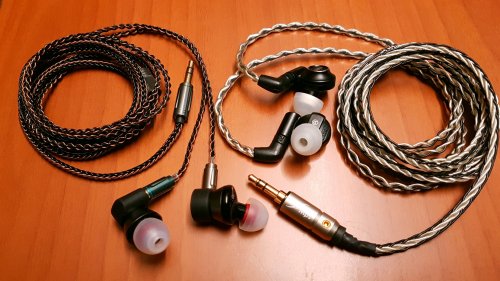 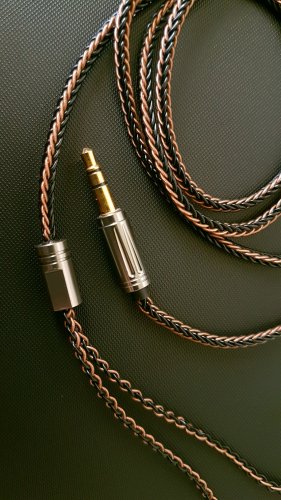 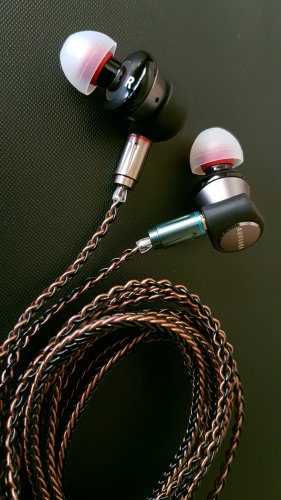 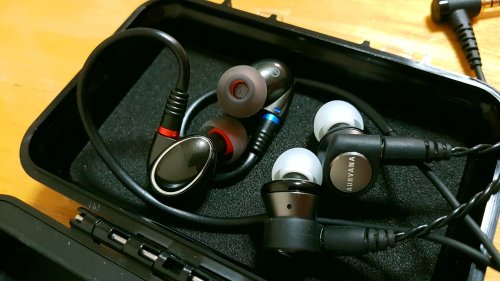 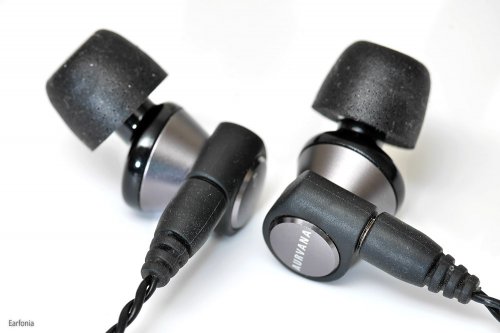 See full thread gallery...
You are using an out of date browser. It may not display this or other websites correctly.
You should upgrade or use an alternative browser.
Creative Aurvana Trio

You can swap the buds to wear them upside down. I have the campfire atlas, the sound signature is somewhat similar, with the trio having a more prominent mids and wider soundstage. The atlas sounds clearer and overall smoother sound.

A close match to the trio would be the Sony xba-300ap. The trio has more fluid bass due to the dynamic driver and more natural vocals. The Sony sounds a tad metallic and leaner in comparison.
Last edited: Dec 3, 2018

Thanks for the answer. Can the trio keep up with the AF78 from Audiofly?
Is the resolution better than the 1More Triple Driver or similar hybrids in Ears?

I don't have the audiofly, so I can't comment on it. I'm using the trio with the LG V30+ straight from the headphone jack, the volume is loud enough and no apparent deficiency. I had tried the 1more triple driver in shop, and found it to be veiled, I prefer the more open sound of the trio.

OK thanks! Also had the 1More Triple Driver and found it good, but find the AF78 sounding more natural.
I wrote to Creative's support and my questions were answered.
According to Creative Support Knowles drivers are installed in the trio, also a crossover.
I will order the trio soon.

Well after a couple days I can say I really like the TRIO. Here's how I described them on another thread...

"Took a shot on the Creative Aurvana Trio IEMs. Very nice triple driver hybrid from a company you don't hear much of in the earphone world (didn't know they were a Singapore based firm). I was of mixed feelings OOTB, I knew right away that they were very detailed but they didn't WOW me much. Gave them 20+ hours of burn in over night and went back to them next day. They remind me of how i felt with the DUNU dn2000 OOTB... clearly good but don't excel in any one area, but then when you give them time you realise 'wait a minute, these are very capable'.

That somewhat 'flat' sound is actually replicating the music really quite accurately! Song demands some power in the low end... the TRIO conveys it. Same goes for songs that want the vocals to be the focus... there's some nice weight and enough warmth for them to come thru smooth and articulate. Upper mids are slightly more emphasised which clearly helps bring out so much detail but not in that way some cheaper sets force it. There's a better sense of realism from the treble, quite vivid actually. But all in great balance. Neutral... perhaps, not sure. Not analytical though but if you like hearing the micro detail... it's there.

Not sure but they might be a more cohesive sounding BQ3 which although good can sound a bit disjointed? The trio has more detail that's for sure. Need to AB them tomorrow.".
STAY HEALTHY EVERYONE

After almost a year with Trio, it is still my daily drivers together with DUNU DK-3001. Trio is simply one of the best IEM that I know in this price range.
Earfonia IEM Measurement Setup & Methodology
Earfonia Reviews: Etymotic ER2XR, STAX SRS-3100, Kennerton Odin

Does anyone know the compatible Comply foam tips for the Trios? I can only see Aurvana 2 when going through the 'Find your Fit' wizard, no mention of Aurvana Trio.

davidmt83 said:
Does anyone know the compatible Comply foam tips for the Trios? I can only see Aurvana 2 when going through the 'Find your Fit' wizard, no mention of Aurvana Trio.

I finally got round to reviewing these, whilst not the best at their price range, they are quite enjoyable

ostewart said:
I finally got round to reviewing these, whilst not the best at their price range, they are quite enjoyable What are some IEMs that you prefer around this price range?

PeterDLai said:
What are some IEMs that you prefer around this price range?
Click to expand...

I recently gotten a pair of Aurvana Trio. As it is using mmcx connectors, may I know if I can just replace the default cable with an aftermarket balanced mmcx cables like Fiio's to use with balanced output dap?

Heard that these have quite noise through the cable since they are worn down. Is there an aftermarket cable that people have used that eliminates this issue, or is there a way they can be worn over ear?
You must log in or register to reply here.