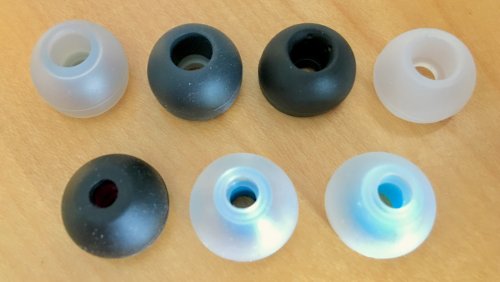 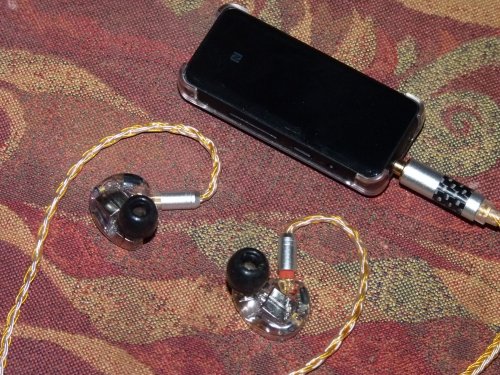 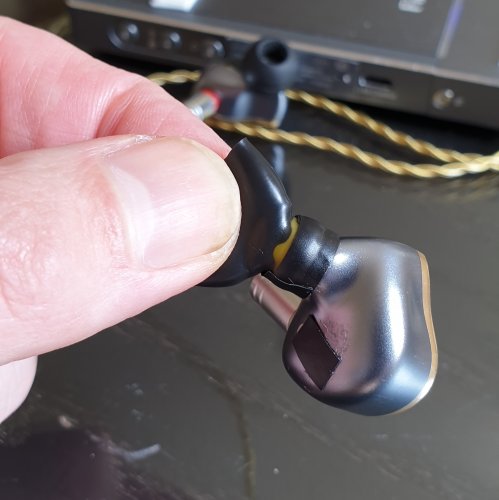 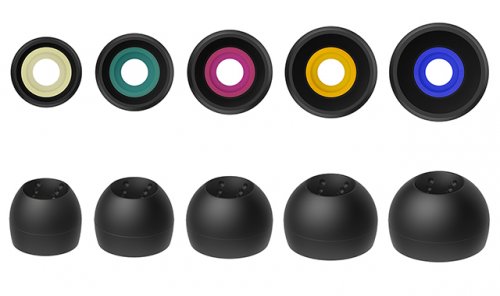 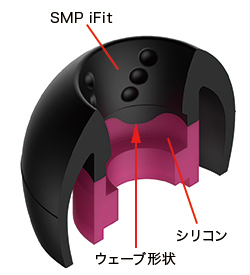 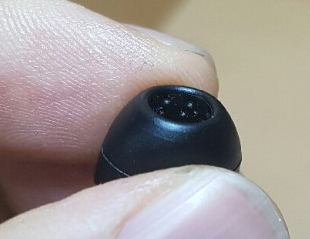 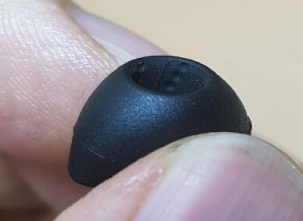 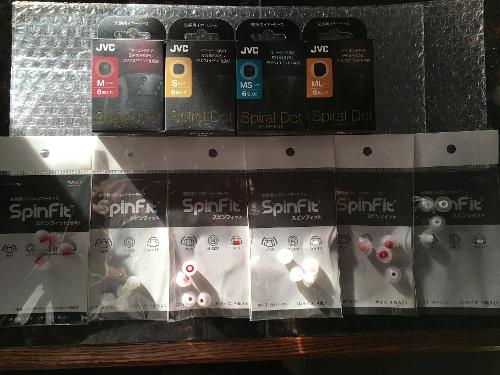 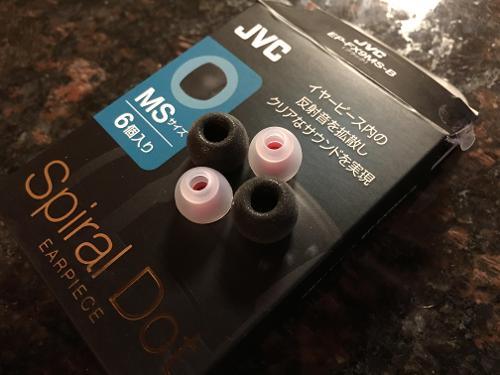 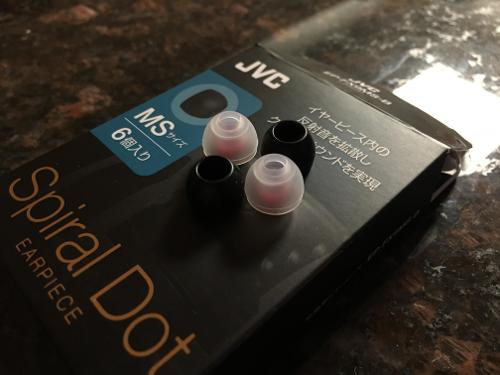 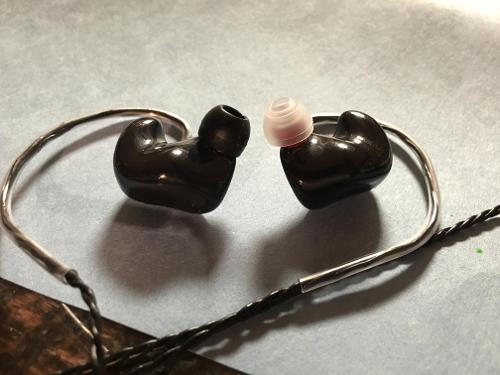 So I am just getting into head fi and getting a nice pair of IEMs was second on my list after getting a nice desktop setup.  My main use of IEMs occurs at work where I sit at a desk for 4-8 hrs a day.  I try to have IEMs in most of the time I am coding or doing other tasks during this time. I mainly listen with my modded iPod 5.5G ampless (certain electronics are restricted and I didn't feel like trying to explain what a portable headphone amp is).  Please note that I am assessing comfort and fit initially and will come back with how they preform acoustically later on after I have had time to assess.


A couple weeks ago I got the pair of InEar StageDriver 3's that I bought off a guy in the classifieds.  One of the first things I noticed that I needed to address is the tip, as I wanted to get the best, most comfortable seal possible.  I did some research and ended up ordering the following: I cast a wide net here to ensure I find the best (or close to it) tip for my ear and the SD-3's.

COMPLY 400TX-
These arrived first as everything else was coming from Japan.  The smalls were the best fit for me as Medium would just slide out of my canal as it expanded.  I was able to use these for about one week, daily, at work and found them very comfortable.  Comfort is something I value greatly because my ears start to feel itchy if IEMs don't fit right or sit awkward in my ear.  I could wear them for 2+ hours easily but I was never able to just forget about them as I always felt the pressure from the foam tips.  This same pressure does help these tips isolate well though, and I appreciate the ability to block out my surroundings.

The biggest deal breaker for these was the fact that they take ~45 seconds to put in.  I am in a position where people are always coming up to me and asking questions so having to repeatedly re-seat these became a pain.  It got to the point where I would leave them in and just unplug at the jack to quickly mute them.  This was an issue unique to my environment and I realize that if I used these in a more isolated area I would likely not gripe about this. Spiral Dot -
I first tried the Medium's for a day but discovered early on that they are too large for my ears.  I found the Small's to be much too small, with the Medium-Small's doing the trick.  The seal feels effortless and taking the IEMs in and out can be done quickly (~8 seconds). Moving my jaw has no affect on the seal.  They feel really light in the ear, almost to the point that I forget about them.

I was able to wear these pretty consistently for about 10 days, about 3 hours per day.  I found the spiral dots to be VERY comfortable and the seal was great.  I would say that it is a "weak" seal, but that just means you hardly notice that they are in which I found ideal.  I had little outside noise leaking in and actually missed several phone calls with the phone right in front of me (literally, it sits under my monitors).  Co-workers looked at me funny when my phone was ringing and I was just typing away.  It was hard to switch over to the SpinFits, but I had to for the sake of comparison. SpinFit -
I went straight to the Small's with the SpinFits and found them to fit well.  For comparison, the SpinFit Small is SLIGHTLY larger than the Spiral Dot Medium-Small.  They have a great seal that jaw movements do not interfere with.  The seal feels slightly heavier than the Spiral Dot's, likely due to the rubber being thicker.  I don't see this as a bad thing as it feels more secure/ less susceptible to seal compromise from a wire tug or rubbing the ear.

So I was finally able to wear these for about 5 days, 3 hours each day.  They have a fantastic, "strong" seal that makes you know they are there.  This strong pressure did lead to mild discomfort for me if I had them in for 2+ hours at a time, but it wasn't a total deal breaker.  For me, they took a little more tinkering to get a good, proper seal than the Spiral Dots. Once you do get that good seal they really isolate well (almost as good as Comply foam). Love the review for the different tips! I'm using the SD-2 and after trying out the Complys and Spinfits, i finally settled on the Spiral Dots. Sound quality vastly improved!!

arrancarv said:
Do share your findings on the isolation between Spinfits and Spiral Dots (though i feel Complys do provide the best isolation hahahaha)
Click to expand...


Thanks for the reply.  After listening to all 3 for ~1 hour each (~20 on the Complys, ~2 on the Spiral Dots, ~1 on the SpinFits) I would definitively agree that they isolate the best.

Was sound quality your only factor when choosing?  I find comfort and sound quality to be about equal when it comes to ideal tips as my ears seem to be quite sensitive to the fit of IEMs.
Share This Post
post-12274310
Post #4 of 138

Thanks for the reply.  After listening to all 3 for ~1 hour each (~20 on the Complys, ~2 on the Spiral Dots, ~1 on the SpinFits) I would definitively agree that they isolate the best.

Was sound quality your only factor when choosing?  I find comfort and sound quality to be about equal when it comes to ideal tips as my ears seem to be quite sensitive to the fit of IEMs.
Click to expand...


At first I loved the Complys, but the upkeep is really cumbersome (not too mention expensive in the long run). Had to sacrifice a bit of isolation on the Spiral Dots though.

pixelsquish said:
any word on impressions of these? was deciding between the spinfits and the spiral dots today to decide what to order for my FLC8S
Click to expand...


I personally chose the Spiral Dots (for Comfort & Sound Quality, sacrificing a bit of Isolation) over the Spin Fits. I didn't like the SQ coming from the Spin Fits; felt very shallow. My 2 cents worth

I'll try to update the main post tonight but for now I can say that the spiral dots are VERY nice. I won't seem them a winner yet as I plan to test the SpinFit tips this week.
Share This Post
post-12334158
Post #8 of 138

I was able to add more comments about comfort for the Spiral Dots and SpinFits.  For me personally, I found the SpinFits slightly less comfortable and on par acoustically with the Spiral Dots so I will be running Spiral Dots full time now.

I personally chose the Spiral Dots (for Comfort & Sound Quality, sacrificing a bit of Isolation) over the Spin Fits. I didn't like the SQ coming from the Spin Fits; felt very shallow. My 2 cents worth


My findings are similar to yours its seems.  I am sticking with the Spiral Dots for comfort and sound (I thought the SpinFits sounded just as good).  Comfort is huge for me.
Share This Post
post-12335105
Post #10 of 138

I chose the spiral dots over the spinfits as they had bigger soundstage and slightly clearer treble. Fit is almost the same but i liked the "weightless " feeling of the spiral dots.

seanwee said:
anybody tried the KZ whirlwind tips before?
Click to expand...

@OP: thanks for the comparison: 6mths later, are you still sold on the Spiral Dots?

arrancarv said:
...chose the Spiral Dots (for Comfort & Sound Quality, sacrificing a bit of Isolation) over the Spin Fits. I didn't like the SQ coming from the Spin Fits; felt very shallow...
Click to expand...

Thanks as well for your input. I have to say though that (normally) LF response is directly proportional to isolation, yet you found the SpinFits "shallow". Can you perhaps clarify further? Are you talking about Sound stage here?

@both: The SpinFits have a unique design in that they "flex" to fit deeper in the canal. What makes the Spiral Dots different from your average IEM-supplied silicon tip?

The silicon tips that came with my Angies create a terrible seal making them unusable (for me)... . The major differences between three such tips is the slightly different shape (1st pic), the portal diameter (2nd pic) and tube thickness, whereas the silicon's "bell" flex itself is relatively similar (JHA's slightly stiffer). The JHA tips have a very hard tube while the other two have a much softer tube. Sizes are very similar as well - usually 13~14 / 12 / 11~10.5mm and a 4th size at 9mm.
The SpinFits (not pictured) have a thicker, stiffer tube, much like JHA's, a small portal (like JHA's) but due to the flex-part are the tallest of the lot. 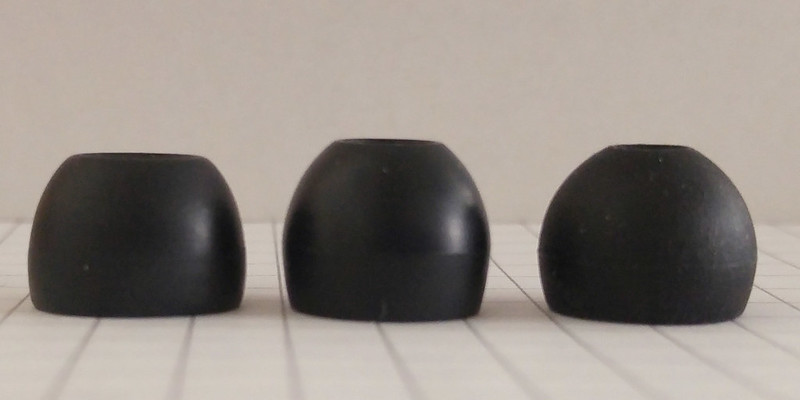 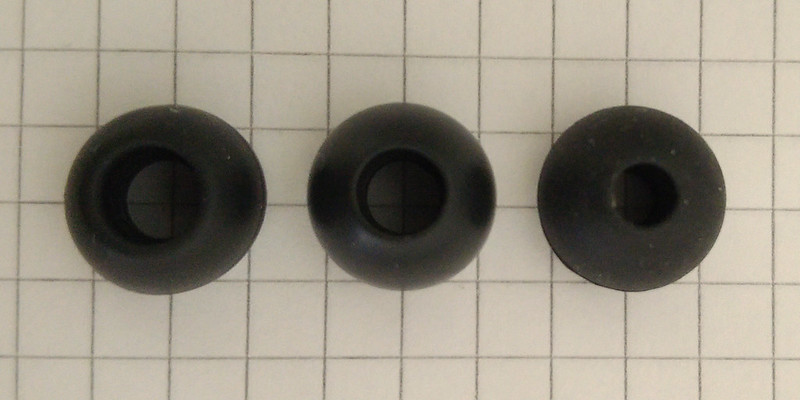 Yes, I do still prefer the Spiral Dots when it comes to sound and overall comfort. One caveat would be unsupported IEMs (by this I mean it simply sits in the canal and there is no other support mechanism), which I prefer Spin Fits for simply because they hold very well and get a great seal.
Share This Post
Reactions: Traveller
post-12682180
Post #15 of 138

After trying these three plus a few others, I found the comply to be the most comfortable with best isolation. The spin fit were uncomfortable for any long listening for myself and the sound was thin and definitely less bass response. The spiral dots were very comfortable but didn't isolate sound enough for an airplane or subway. My only complaint on the comply are that they don't last very long for their price, I probably replace them every two to three weeks. But for me it was worth the trade off for extra isolation over the spiral dot and the better sound quality over the spin fit. If your not listening in a noisy area the spiral dots are very comfortable and sound great, but I needed the extra isolation of the comply. Spin fit I can't leave in for more than 30-45 min without pain and sound was poor for me.
Share This Post
You must log in or register to reply here.
Share:
Facebook Twitter Reddit Pinterest Tumblr WhatsApp Email Link