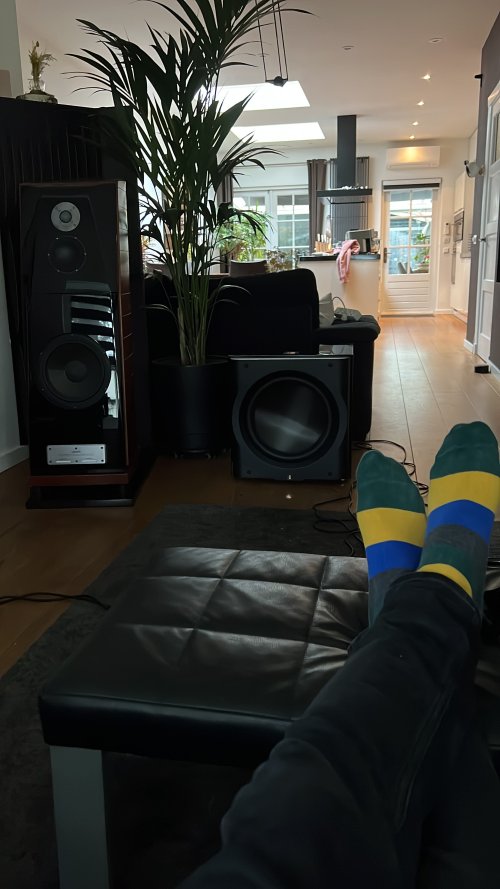 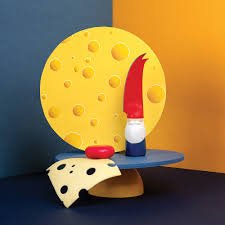 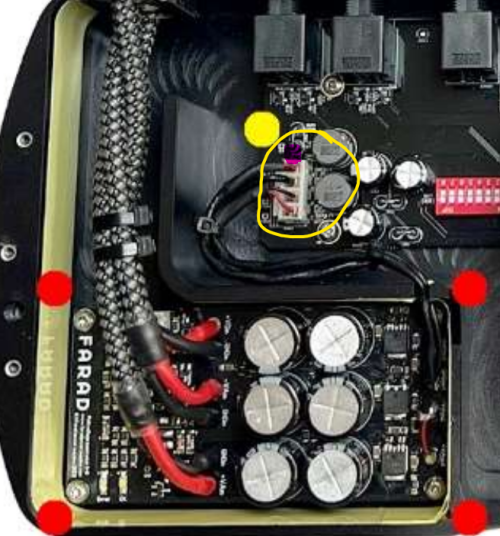 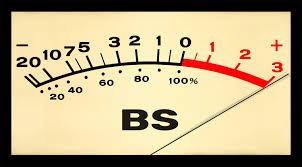 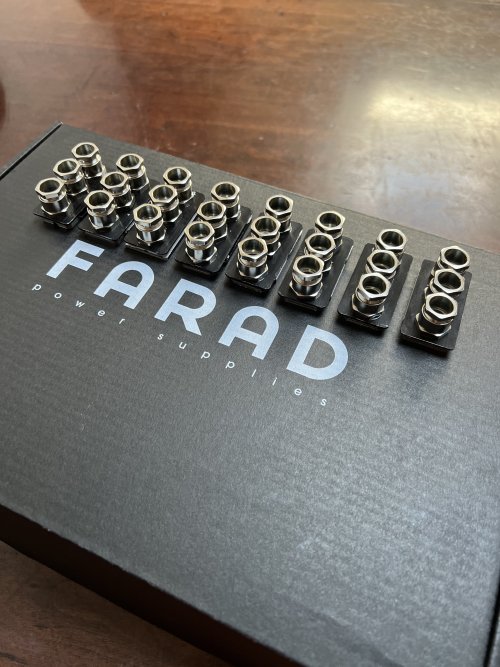 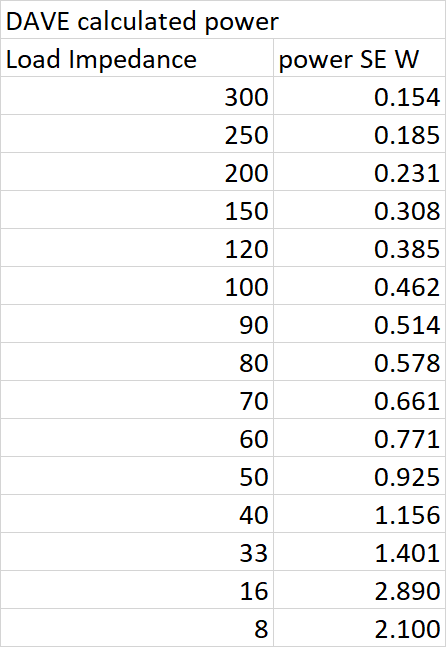 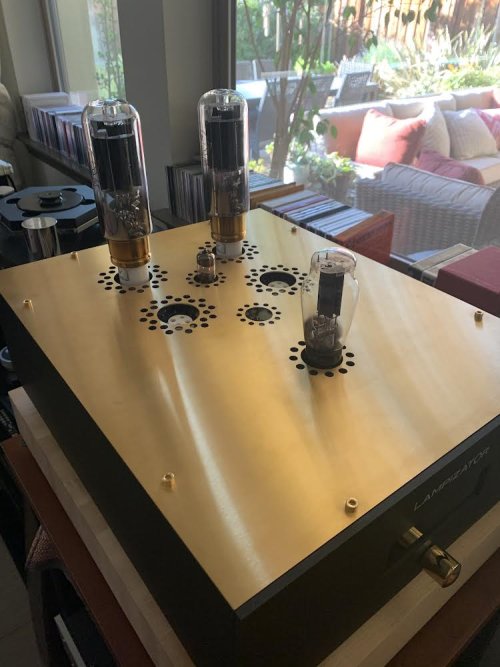 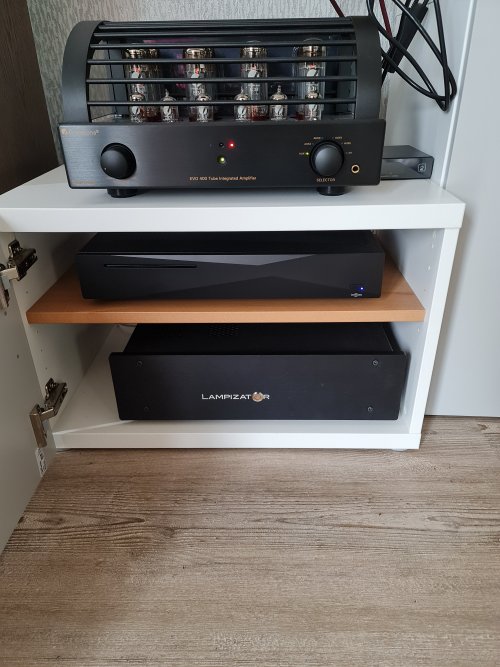 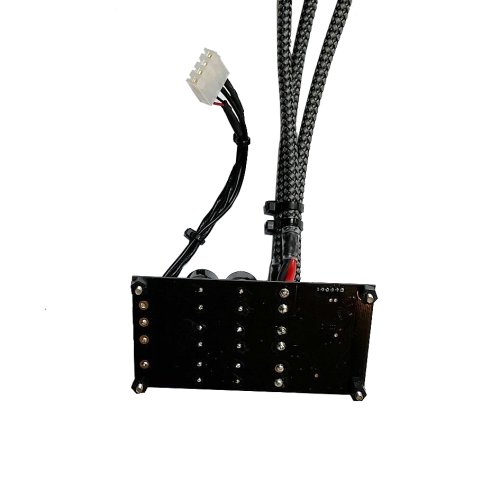 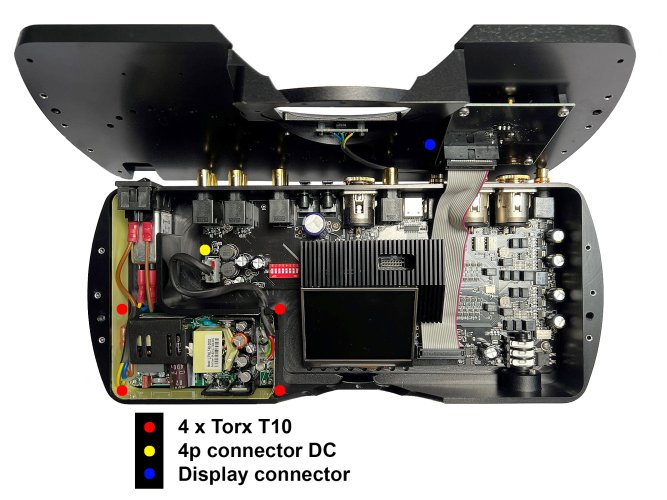 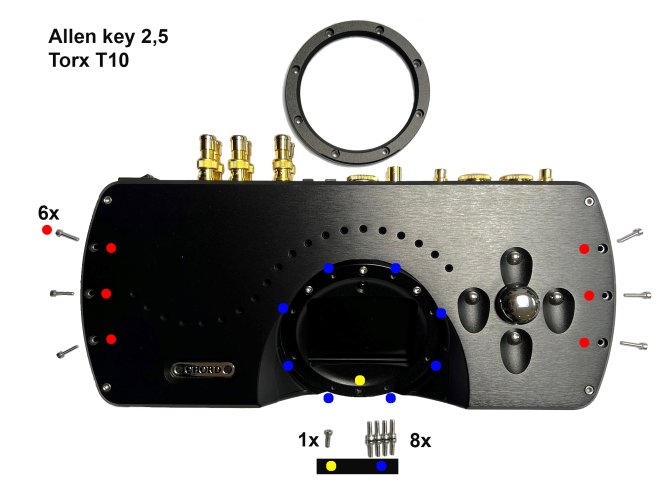 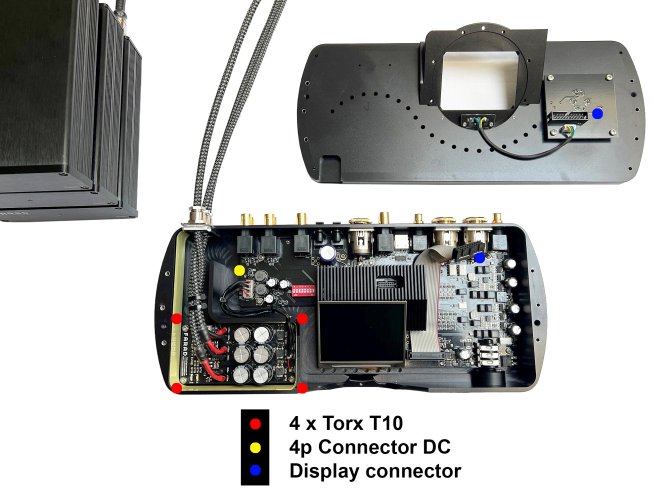 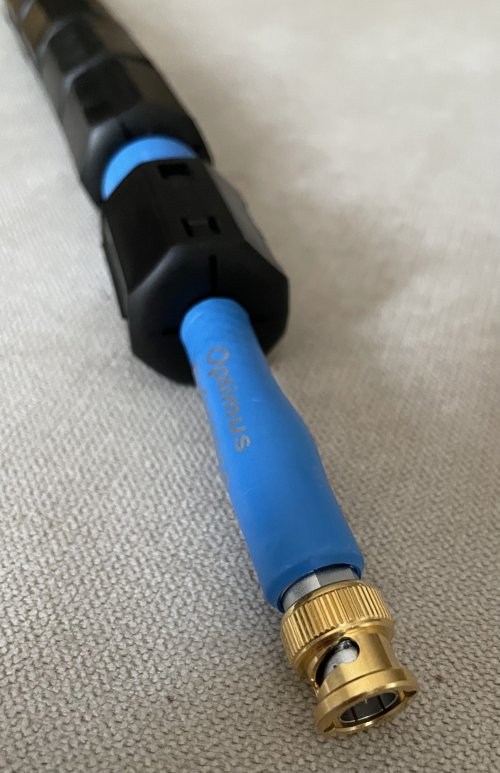 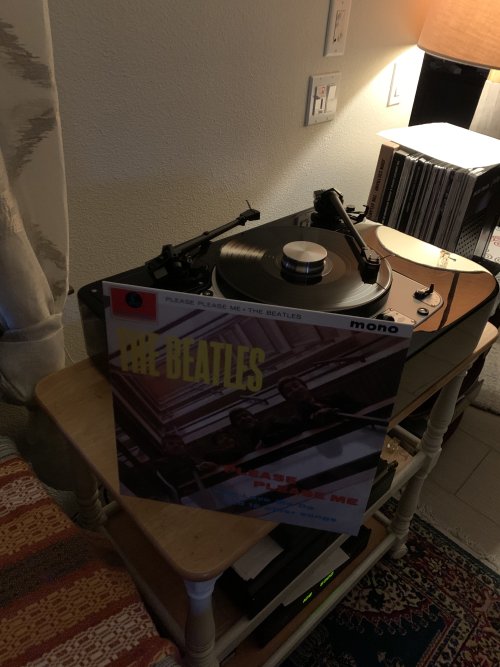 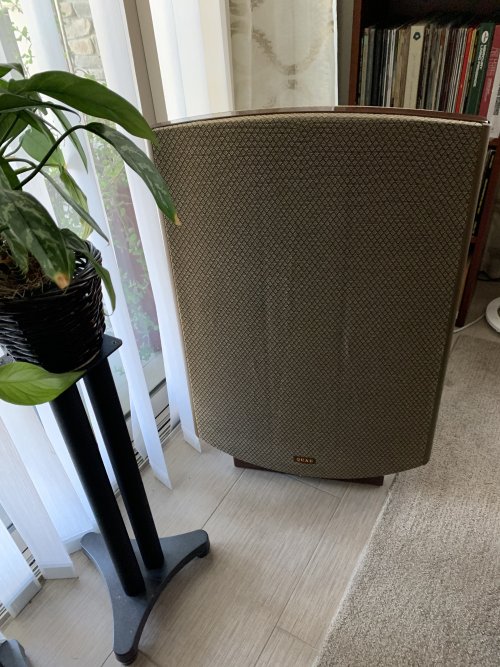 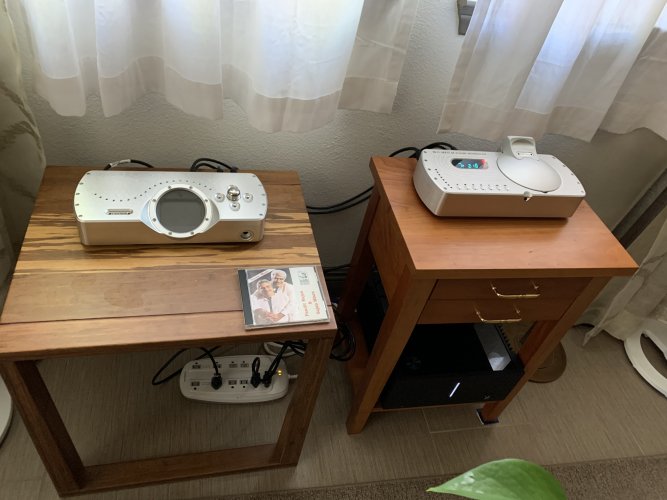 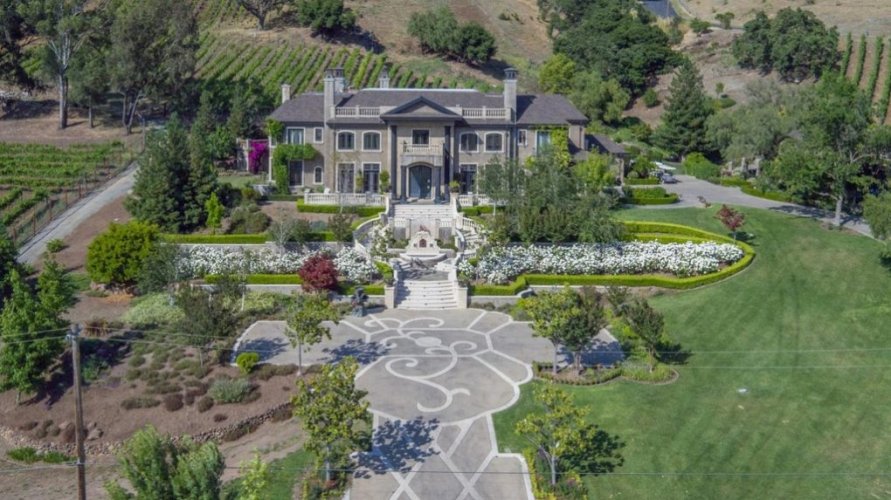 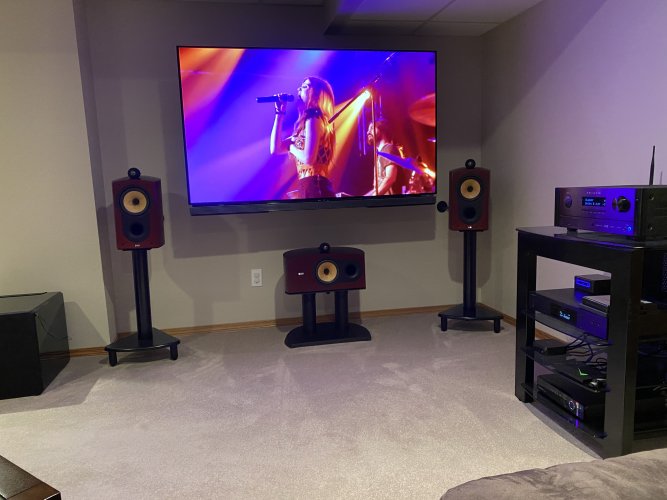 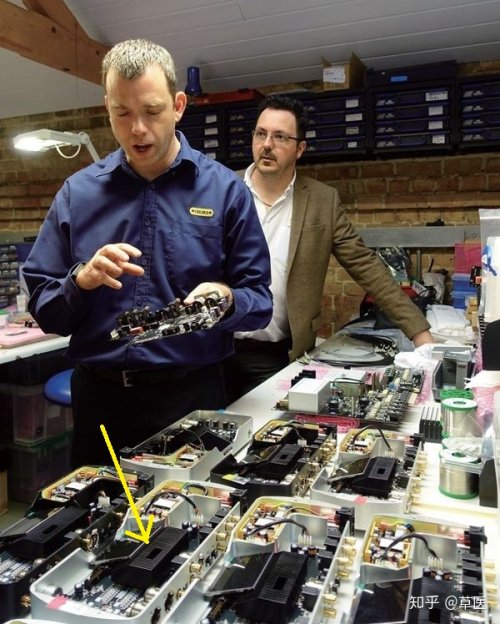 You are using an out of date browser. It may not display this or other websites correctly.
You should upgrade or use an alternative browser.
CHORD ELECTRONICS DAVE

Music Alchemist said:
Has anyone been able to compare the DAVE to the Linn Klimax DSM with the new Katalyst DAC architecture?

Someone told me the Linn is the only DAC that he likes more than the DAVE and I was curious if others had heard it as well. (Only the Katalyst version.)
Click to expand...

I have never heard Dave in person (listened a lot in sound demo online), but I did listen to katalyst dac in Linn Klimax DSM. I would say its sound so agile and fast with shining and sparking linn typical highs and more surprisingly a lot of slam and bass.

TheHifiBear said:
I bought an Innuos Zenith for my mDave a couple of weeks ago and am truly loving it.

Because of some issues with my mDave and USB in from Zenith causing pops and cracks I have been using my Node 2i as Roon Endpoint and Zenith as Core and sometimes switched to Sense only using M Scaler on blue OP SR (as that does not cause issues).

This has let me listen to both Sense and Roon and I’m definitely hearing differences in the sound tonality, Sense being a lot thicker and richer, Roon being a bit thin in comparison.
I’m still to decide which sound is most preferred.

But I have to routes to go
1. Sense and adding a PhoenixUSB
2. Roon adding a Meridian 210 as Endpoint

Do any of you use the Meridian 210 with a Zenith or similar and can tell if it’s worth it? Does it sound better than Sense?

Any advice is appreciated.

Regarding the pop-issue I am in contact with Chord about it, it’s just progressing very slow for some reason. But hopefully that gets fixed some day.
Click to expand...

I also have Zenith 3 mdave Roon, operating with iPad. I have zero problems with pops and cracks. I don’t have a solution to your problems inasmuch to suggest it must be a network/cable problem. Hope you get it sorted.

TheHifiBear said:
Thanks for the suggestion. I’m not looking for a replacement for Dave as it’s sound is exactly what I’ve been looking for for years.

Ideally I find a simple streamer product that is only that, as I’m tired of purchasing products that do more than I need.

The Meridian 210 was recommended to me by my dealer with the argument that Meridian consisted of prior Roon devolopers (or something like that), meaning Meridian knows how to integrate properly with Roon.

I agree with you on MQA, I recently switched from Tidal to Qobuz for that exact reason and actually felt that Qobuz sounded better, even for non-MQA songs.
But even though Meridian is pushing in that directing it’s the SQ that I’m pursuing. I can live with disagreeing with the company’s philosophy.
Click to expand...

I just got the Moon mind 2 and i highly recommend it over Naim ndx2 , Aries G1 and the usual suspects. And this is coming from the a huge streamer skeptic. I haven't heard much difference with other streamers tbh.
Isotek Aquarius->Moon Mind2->M-Scaler->Dave->Z1R/ Meze Elite "Dark Mystery"
M-scaler and Moon Mind 2 for sale

adrianm said:
I just got the Moon mind 2 and i highly recommend it over Naim ndx2 , Aries G1 and the usual suspects. And this is coming from the a huge streamer skeptic. I haven't heard much difference with other streamers tbh.
Click to expand...

Phoenix and Zenith/Mscaler/DAVE is an awesome combo. Great for headphones and, in my case, powered ATC speakers. The detail level is astounding.
T

It seems like no one else uses a Meridian 210, which I interpret as a bad omen.
I did order one for testing and it should arrive on Friday.

So I’ll be able to contribute a bit by writing about my impressions of it compared to Roon through Node 2i and Sense.

I updated my signature so that people can see what else is in my setup = what subjective colouring my impressions have.
Digital M Scaler, Innuos Zenith mk3, Phoenix USB, Phoenix NET
DAC Dave
Amp McIntosh MC601
Speaker Franco Serblin Ktema
Cables Cardas loom of Clear, Beyond & XL
G

MaggotBrain said:
Phoenix and Zenith/Mscaler/DAVE is an awesome combo. Great for headphones and, in my case, powered ATC speakers. The detail level is astounding.
Click to expand...

griff500 said:
I meant which Phoenix - NET or USB... Innuos Phoenix is not just one product.
Click to expand...

The USB re clocker. I have not taken the plunge for the Ethernet signal device PhoenixNET.

edwardsean said:
To my mind, the strength of the Bartok is that it is an AIO, again, to my mind, the best AIO. So, to be sure, you can build a system around the Bartok–but not in the same way as the Dave.

What I mean is that you can add a server to Dave; you need to add a server to Dave. You can also add a server to the Bartok, but you have the dCS Network Bridge already integrated inside. The dCS engineers designed a perfectly mated server and DAC, which I would assume is internally joined better than anything you could manage externally even with a $3k USB cable. I'm not saying you can't improve the Bartok with an external server and reclocker. In fact, I know you can. It's just the thought of it hurts me in regard to the waste.

As for the analog side, you cannot retrofit a power supply into the Bartok like you can the Dave. None is available, and I would bet you all the money in my now empty pockets that none will ever be available. I don't see Sean Jacobs or anyone else building an aftermarket power supply for the Bartok. Mostly, it doesn't need one. As I've mentioned before, the Dave uses a $44 dollar off the shelf SMPS. I'm not sure if you've seen pictures of the Bartok's internals but it's got that sweet little bank of Rubycons. On balance, one of the big downsides of an AIO is that you have the server, DAC, and amp all sharing a single power supply. Yet, dCS did a great job in isolating necessary parts and they gave the amp its own transformer so it doesn't take away from the DAC and vice versa.

As for upscaling. I did try upscaling the Bartok. it didn't go great. You gained some, you lost some, crucially you lost transparency. Also, unless they come out with a firmware revision, the Bartok tops out at 384KHz. Not to get into that here, but for me, that is a real and not theoretical limitation over the Dave. dCS has their own digital upgrade path in the Rossini clock, which is the only thing I would want to add to the Bartok. Could it then better the Dave? Maybe, but at $8,500, value propositions finally kick back in.


I really should have been more clear. I am speaking entirely from the context of the headphone output. Thank you so much for impression of The Dave v. Vivaldi in an amplified speaker setup.

The Bartok–via its headphone amp–is anything but polite. It's demanding. Where it specifically shines against the Dave-Stock headphone output is in drive and emotional involvement. Yes, upscaling Dave adds a complexity and delicacy of rendering, and that is where it excels, engaging in its own way.

I think at some point along the way, I just really wanted to see if, maybe, I couldn't have both.
Click to expand...

Mainly because my mains voltage can occasionally get high (like 128 max, but rarely), which is bad for tube amps.

Anyhow, I am very surprised at the level of improvement I am getting with my system. Truthfully, I wasn't expecting much improvement - I was just hoping it didn't make the system sound worse, as has been my experience with some passive conditioners, while allowing me to hold a steady voltage and protect my equipment. I listened for many hours last night and the level of improvement was the same type of improvement I experienced with WAVE Cables and Opto DX. But, I already have those in my system and it still made a significant jump. Warmer, Darker but clearer, Deeper sound stage, smoother and more effortless. It's not subtle!

After I experienced this, I looked on the forum and was surprised that at least on this thread, people's experience with it has been neutral to negative - whereas mine has been incredibly positive.

A couple caveats:
- My entire system is plugged into the P12. I am using about 270 watts which is why I got the P12 (1000 watts max) rather than a P3 (300 watts max), but it you have normal headphone amp(s) you probably only need the P3 (The Wa33 is consistently at 250 watts, as it's Class A - it pretty much stays parked right there regardless of signal).
- Because my entire system is plugged in, I don't know if the enhancement is coming to the Dave or other areas of my system. BUT, the enhancement is the same character as the RFI reduction I've experienced with the Dave in the past.
- Before installing the P12, I have several RFI mitigation tools in my system - but have set it up so that I don't have to use batteries. It's Auralic Aries Femto / Matrix X SPDIF 2 DDC (Auralic Linear PS / Glass Optical ) > Chord M Scaler > Opto DX T (iFi Power Supply) > Opto DX R (Uptone LPS 1.2) > WAVE Stream Cables > Chord Dave (XLR) > Woo Wa33. This system has gotten me the best result with the least amount of fuss. I probably don't need both the Opto DX and the WAVE cables, but I had both - and could detect further improvement running WAVE Stream from the OPTO DX R to Dave - so what the heck, both are great. I think the combination of each also potentially helps since I am not running anything on battery with the Opto DX. Essentially, the only things galvanically connected to my Dave are Opto DX R, and my Woo Wa33 (note: everything does share a mains circuit, however, and now the P12).

Still I got a significant improvement with sound with the P12. I also fortunately got it for a very good price. I have considered the DC4 for the Dave and/or M Scaler, but I've hesitated. It's not voiding the warranty, its the price. In fact, I am setting up a demo with my dealer and a DCS Bartok - because compared to Dave/Mscaler, the optimizations necessary, and then spending over 10k power supply(ies) - it seems like a value at 15k! A headphone amp powerful enough for basically all my headphones, built in linear supply, built in streamer, software upgradeable, etc. I'm going to get an opportunity to compare Dave/Bartok head to head - as beyond the feature set - I could love it or not.

Anyhow, the fact that a P12 has this dramatic effect (again I don't have bad power, I wanted consistent voltage primarily for my tube amp) - piques my interest in third-party power supplies further for the Dave and/or M Scaler. I am still going to demo the Bartok, but I am slightly more inclined to stay with the Dave if they are close without the third-party power supplies - and, if I do, I may buy the DC4 or Arc 6 or whatever the recommended linear PS is for the Dave.