supervisor said:
i don’t think so as Poly does not operate this way. hope i’m wrong.
Click to expand...

I highly doubt you can play what's on the SD cards through Roon. That would require the 2Go to act as a Roon core, and I highly doubt it can handle that, or that it was designed for that purpose.

Wouldn't make a lot of sense really. A major selling point (for me) of the Roon setup is that you separate the noisy core from the endpoint. Make the endpoint do as little work as possible.
USBridge Sig + DigiOne Sig [Roon] > Hugo 2 > Utopia
https://www.last.fm/user/dontfeedphils
Share This Post
post-15467307
Post #79 of 291

dontfeedphils said:
I highly doubt you can play what's on the SD cards through Roon. That would require the 2Go to act as a Roon core, and I highly doubt it can handle that, or that it was designed for that purpose.

Wouldn't make a lot of sense really. A major selling point (for me) of the Roon setup is that you separate the noisy core from the endpoint. Make the endpoint do as little work as possible.
Click to expand...

Surely all it would need would be for the data on the SD cards to be discoverable in your network. Then you would have the option of adding that data to your Roon library wherever Roon Core was running on your network.
Share This Post
post-15467309
Post #80 of 291

AndrewOld said:
Surely all it would need would be for the data on the SD cards to be discoverable in your network. Then you would have the option of adding that data to your Roon library wherever Roon Core was running on your network.
Click to expand...

GreenBow said:
You have a point Christer. However the Chord products outgun other products, because they use a more powerful processing system. That puts demand on the Chord product battery life, that other DAPs do not have. Therefor not having a screen on the device is a effectively a potential plus in this case. That all of course depends on how well it works with the phone and app. … I know if I were out an about with Hugo 2/2Go, I would prefer to keep it in a bag. Not be getting it out to change music or volume.

The benefit may comes form using the 2Go in bettered sound quality. What Rob said about getting good sound from files played from his phone was made pre-2Go. Therefor he may prefer a 2Go. No idea about that of course, as it's speculation. However Hugo 2 sound quality was never under speculation, from pretty much any source. Rob implemented noise filtering on the USB input to Hugo 2, so it was pretty much source equal.

I personally tried a quick USB / optical listening test with Hugo. Can't say I heard any change. I suppose a longer listening of one source then a week later change, would have been necessary.


I don't have a smartphone yet. I have my eye on two though, and will finally make the jump.
Click to expand...

Hello GreenBow, it seems we're a bit in the same boat as far as smartphones are concerned you and me. And you mentioned a quite credible reason for Chord's not including a control screen on at least one of the two new toys.

Send to us at your own cost for battery exchange?
If that is still the case I must say I find it very unpalatable indeed.

And I hope that potential buyers are taking that fact into account before comitting to buy.

And regarding battery drainage, unless I am misinformed there are already DAPs from some Asian companies that have similar computational power demands as say a H2 ,but maybe not HMS yet.
The recently discussed FIO M15 is also an fpga based product that plays up to 32/768khz if I remember correctly.

Whether it sounds as good as a H2 on its own or a H2 with the 2GO remains to be known.

But as far as functionality it and some products from AK for example, are more complete products in their own right than the H2/2GO/2You from Chord seem to be from my point of view.
And my wish to have a portable unit that sounds at least as good as H2 and hopefully BETTER with all I need already onboard.

AND without the need for smartphone control which I suppose not only forces the user to control via a smartphone but also to download apps that are an additonal cost and/or something the user will have to pay monthly bills to to be able to use at all.

I want to avoid as much as possible of these constantly growing binding subscription based solutions that especially the younger generation happily get hooked on and willingly pay for.

The latest admittedly unrelated to audio but still stupid add, I saw on this hate subject of mine read:

"Don't buy your goggles
rent them from us!"

My three main ways of playing back the music I SOO MUCH LOVE are via LPs, CDs and downloads and occasional Youtube videos or other free of charge streams from many sources within the categories of music I mainly listen to Western and Eastern classical music, via my mbp/Qutest /HMS.
My 4th and growing musical addiction is to actually play music at my piano which I bought second hand for 100€ including home delivery!
No app needed!
But it would be nice to listen to music in the garden in summer without having to lug my laptop with me.
Or temporarily employ movers to move that heavy beast,mein Klavier, into the garden if I would want to play the Moonlight Sonata outdoors on a hot summer evening.

And since Chord does not seem to cater to my needs the way I want them to, I keep my fingers crossed that the often cheaper and more consumer oriented Asian competition is catching up with Chord's imho ONE AND ONLY real advantage over the others
RW's Mscaling tech.

If you haven't heard the HMS in action yet, I recommend you to do so asap. It can turn digital into very enjoyable music listening imho.
Cheers CC
Last edited: Feb 14, 2020
Share This Post
Reactions: AC-12, AndrewOld and DaddyWhale
post-15467378
Post #82 of 291

ZappaMan said:
The way the usb handshake may take place between them, it’s possible that mojo identifies itself and poly passes it on to Roon. But simpler to hard code.
Click to expand...

For the screen situation, I don't think a non-touchscreen display will use up much battery. But for I, it would be clunky to have on the H2GO. It's easy to add on a RPi. 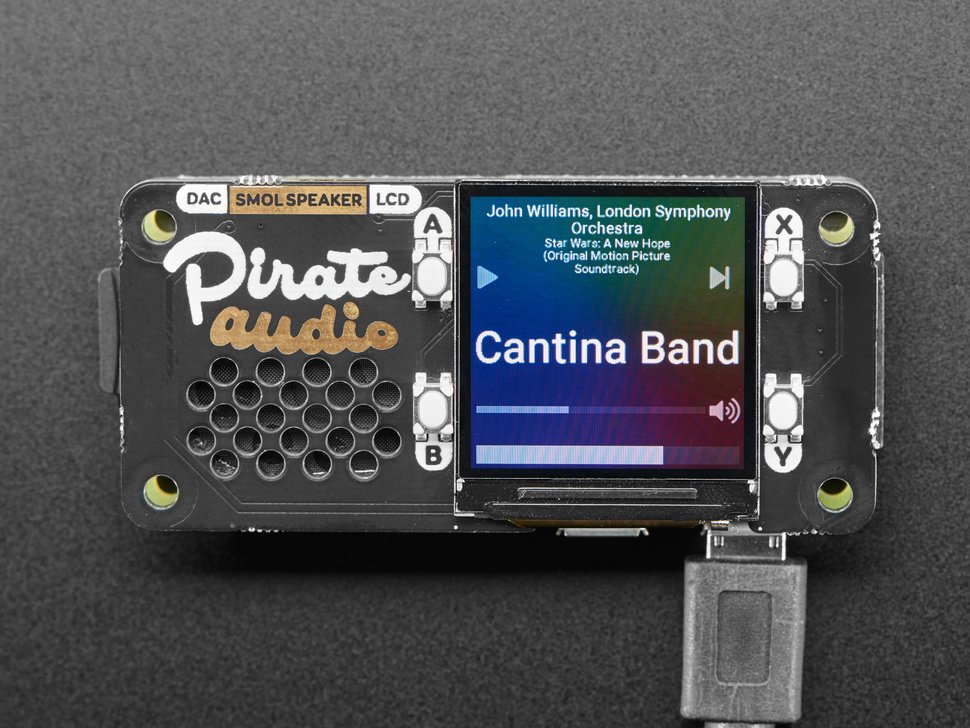 I much rather use a wireless touchscreen Apple Watch. A new older gen can be had for a reasonable price. Unfortunately you need a iPhone to pair with an Apple Watch.

The iPeng App is bundled with a iPad and Apple Watch app: 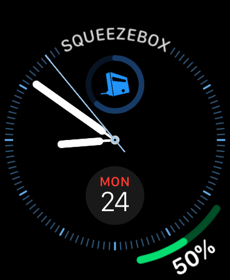 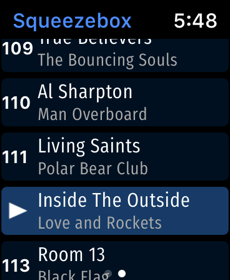 If 2Go had Squeezebox embedded which BTW is low-resource, low-battery req and can read off the SD card, you can wombo combo with the Apple Watch.

You can wear as a Watch or hang around the neck after you remove the wristbands.

I use this IR Remote when on a walkabout: 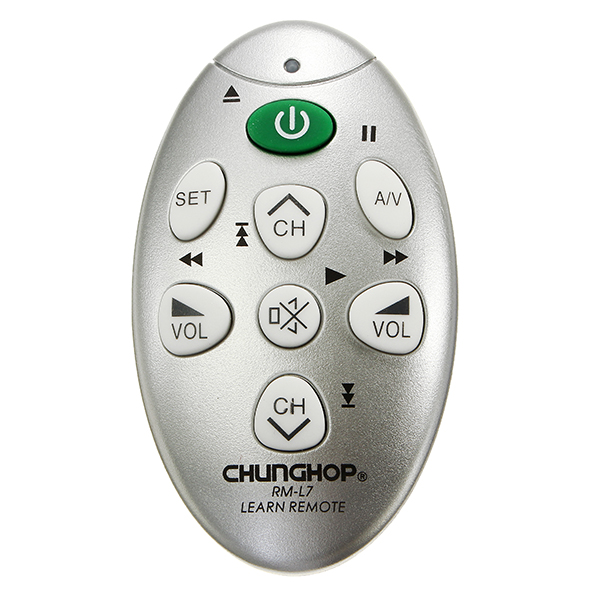 The volume buttons are programmed to the H2, so I can control volume natively. I can tap or hold volume for fine responsive volume control. Software volume is always 100% for bit-perfect so I don't touch software volume. The other buttons are for music navigation. So if I FWD to the next song on the IR remote, the display auto-updates after you hit the remote button. That's the luxury of having everything on the back-end.

Oh sorry for the shorthand, HMS stands for the Hugo Mscaler upscaling unit which I consider absolutely essential if one wants to enjoy digitally recorded music via any Chord DAC including DAVE.
There is a thread here dedicated to it. And for me it is the main deciding factor to use a chord dac.
Cheers CC
Share This Post
Reactions: DaddyWhale and rcoleman1
post-15467534
Post #87 of 291

Christer said:
Oh sorry for the shorthand, HMS stands for the Hugo Mscaler upscaling unit which I consider absolutely essential if one wants to enjoy digitally recorded music via any Chord DAC including DAVE.
There is a thread here dedicated to it. And for me it is the main deciding factor to use a chord dac.
Cheers CC
Click to expand...

You can get the same result from HQPlayer. I just sold my mscaler and now use HQPlayer exclusively with a sinc-m (million + taps) filter. To my ears it sounds better than mscaler but you need a computer to run it. Standalone or with Roon it works great and many $k less expensive. IMHO of course.
AntipodesEX(roon)/HQPlayer4=>Hugo TT=>Utopia or Legend X
NUC(roon)/HQP4=>ethernet=>Pi4/HQP4 naa=>Hugo 2=>Tia Fourte
AK SP1000=>Senn IEM 800s
in the wings: HD650: IEM-800: AK Rosie, Oppo HA-1 evaluating: SRC-DX
sold: M Scaler
Share This Post
Reactions: Luvdac and DaddyWhale
post-15467547
Post #88 of 291

I think I am starting to reconsider my decision to preorder so early on- being a Poly owner, the only differentiator that matters to me is 2Go having an ethernet port. 2.4 Ghz Wifi and no aptx/aptx HD is a missed opportunity.

The rest- 2 SD card slots, making Hugo 2 a streamer etc is less important as I only use Hugo 2 in desktop mode anyway.

AndrewOld said:
I think I would be more tempted by a static variant. One box, no SD cards, all cables at the back. In something like a Qutest box maybe. £895. Why would anybody who hasn’t got a Hugo2 buy a two box network streamer?
Click to expand...

Users Who Are Viewing This Thread (Users: 5, Guests: 9)