You are using an out of date browser. It may not display this or other websites correctly.
You should upgrade or use an alternative browser.
Chopin--why doesn't he get too much respect here?

I can say this much right now, if you want to hear the very best Chopin available IMO you must have room in your collection for historical performances and learn to live with some surface noise of 78rpm record recordings. The style of Chopin playing 70 years ago is different than modern performers and for me usually much better.

Rubinstein, Cortot, Lipatti and many others had a more virtuostic style with more individual flair........very easily heard for instance when you compare 1930s Rubinstein to the 1960s versions of the same works. Modern versions tend to be slower, softer, smoother almost schmaltzy compared to these older versions

No way am I selling the Cortot/EMI Chopin set now mentioned before, but the Naxos versions can have better sound if you can find them, many not sold in USA for copyright reasons. Perfect example is the Cortot/Naxos waltz CD which has about 50% less surface noise while seeming to keep all the detail of the EMI set......a win/win situation, this is one of the very best waltz performances along with Lipatti, have not heard a modern set that I would rank in the same catagory.........(but I am still searching of course) 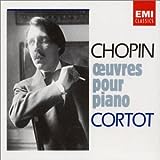 That's not only the case with just Chopin, but a good amount of classical music in general

Maybe I just missed it, but I don't think I've seen a single mention of Richter in this thread. That makes me a little sad. He generally doesn't play full sets of Chopin and many of his recordings have sub-par sound quality, but his actual interpretations are extraordinary. I still don't think I've listened to a Chopin recording I enjoy more than Richter's Ballade No.1; it's absolutely breathtaking.
What society calls "personality flaws" I call "what if you pretended you were Batman too". - T-Rex

This thread is exactly what I needed. I've been hunting for some good Chopin for a while. Thanks everyone who shared recommendations.
"[A]ll of audiophilia is a search for the perfect distortion profile." -- Jason Stoddard
Final D8000 Review ❖ Youtube ❖ hear.audio
Funny comments from the Forums ❖ The Best of Head-Fi
I am not a moderator. Please do not PM me about forum issues. Use the report button.

I'd just like to put in another good word for Cortot's Chopin. There's a 7cd box set of his EMI recording released recently and it includes some great Chopin.

The sounds is good for the era, but the sheer musicality is just breathtaking.

If you love Chopin waltzes I accidently discovered this rare collection of Schubert piano waltzes:
(I didn't even know these existed previously) 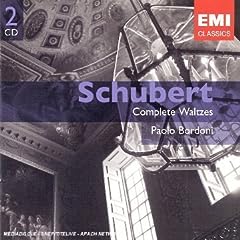 I have completed my search for the ultimate Chopin Mazurkas and my choice is 1938-39 Rubinstein set, available in 2CD RCA (volume 6) or 5CD EMI misc set: 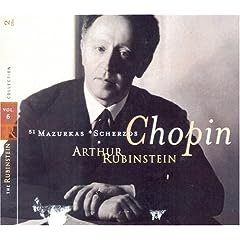 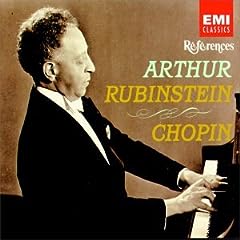 Don't worry the sound is actually pretty good since they were recorded at Abbey Road studios. These are much better than the somewhat bland sounding two later sets recorded by Rubinstein, the dance rythms are much more intact and playing is far more lively and animated.......unfortunately I can say the same for almost every other mazurka set I have heard by anyone post WWII, they all sound by varying degrees disjointed and muddled without a clear melodic line or structure.

One partial stereo selection that stands out is the Michelangeli/DG commented earlier here, but even these don't have the same cohesive feel that early Rubenstein acheives, if you must have modern stereo sound this is on your very short list.

There is an early Naxos historical recording by Ignaz Friedman that matches the early Rubinstein, but only contains small number and sound quality in not nearly as good

I'm coming in late here, but for HEADPHONE listening, the later Arrau recordings are very fine. Lots of bass line definition (check out the Nocturnes, e.g.) and majestic tempi.
I Can, therefore I am!

Ultimate Chopin Mazurkas in more modern sound are by Garrick Ohlsson (AR). Unfortunately, it will cost a pretty penny for Vol. 11: Mazurkas.

However, for the same money you can get the same recordings of the Mazurkas originally made by Arabesque Records in the box set of Complete Works by Chopin reissued by Hyperion. Garrick Ohlsson is considered one of the greatest Chopinists to come down the pike, and 16 CDs for about $112 (including s&h from Caiman) is equivalent to YourMusic.com pricing.

“This monumental recording project first came about when the American record company Arabesque approached me with an irresistible offer to record the complete works of Chopin. I accepted with enthusiasm and an awareness of the magnitude of the task. My total immersion in the Chopin project was enhanced by a concurrent series of recitals of the complete solo works in the US and several European capitals from 1995 to 1997. I am delighted that these recordings are now available again as a boxed set on Hyperion.” Garrick Ohlsson

David, you have to open a new thread for this, not merely post about Lied in the Chopin thread.

OMG, I have to agree with you again..
I was so lucky to get Moravec's nocturnes.
Recently, I just played it on my newly grab GS-1000.
I was speechless..
I knew his play is so delicate, and it is those tiny little detail makes his interpretation so special.
With GS-1000, I can actually sit back and enjoy those detail without much effort.
I just totally soak in his amazing play....
The whole world becomes so quiet....
I can hardly find a nocturne album which I hate, but Moravec's recording remains to be the special one..
Sources/amp: Sony XA5400ES, Oppo BDP-93, Grace Design m903 m902, Calyx Coffee, Grado RA-1
Headphones: Grado GS-1000, German Masestro 435s, AKG K271 MKII, KRK KNS8400, Bose QC15, TDK WR700
feedback
You must log in or register to reply here.