You are using an out of date browser. It may not display this or other websites correctly.
You should upgrade or use an alternative browser.
Chopin--why doesn't he get too much respect here?

I placed an order for the Tharaud/HM waltzes, very expensive but always looking for the very best in these works! Samples sound like my style, looking for playful imagination over technical precision

DA,
I've been considering the Michelangeli Mazurkas as well. I just have to decide whether I want only the Mazurkas or one of the more "complete" box sets of his solo piano music.

Talking about Salon Chopin, I think it also refers to his less technically demanding pieces: certain of the nocturnes, mazurkas, waltzes, and Polonaises which were easily mastered and played in the home during evening entertainments. Of course this was before the age of TV, stereo systems, and even radio. Nowadays, we put on a cd when company is over and chatter over it. It becomes hard to realize that even into the early 1950s people at home used to listen to each other playing the piano or violin for entertainment.

Something that is worth to mention as well, is that All chopin fit on 12 cds. So there is less works, and almost all piano solo (I know, not all). As much as you love him, you cannot compate with the amount and diversity of Bach or Beethoven. Therefore ... less discussions !

I think as well that people are less likely going to have 10 versions of the nocturnes like they have x2, x3 or x4 for the beethoven or Mahler symphonies.

A recent discovery : The Nocturnes and Ballades by Ivan Moravec that I like really a lot. Worth sampling to see if it's your cup of tea before.

I did check out that Moravec nocturne collection pictured in Bunny's previous post and it gets almost universal praise, some say best ever.........however I really don't usually listen to an entire CD of nocturnes straight through, too impatient I guess and only like them as accent works in a mixed Chopin recital for instance.

I love making a playlist on my ipod of several different cds of Chopin works. His works are generally one work per track, so the playlist works well when shuffled. I do the same thing with Scarlatti. Shuffling the order lets me listen to the works with "fresh ears." It's too bad, but you can't do this with other classical cds where one work is 3 or more tracks and each track needs to be heard in sequence.

The Cortot/EMI set arrived but unfortunately the overall noise level of these historical remasters is pretty high for me, may sell this and use overseas source to get the Cortot/Naxos waltz CD. The Naxos samples sound better sound wise and this may be all I need anyway for a taste of Cortot. 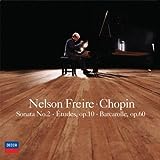 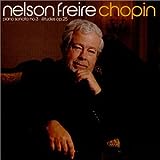 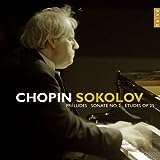 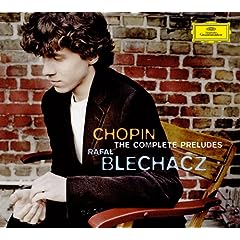 I rather like the Studies, although I've yet to find a recording with appeal throughout the whole set.

Prelude No 24 is a stunning piece of music too, and because it's at the end it seemss to get less of a listen and doesn't find its way into many compilations, either.

Sokolov is considered the best pianist performing nowadays in Europe -- he doesn't come to the USA. His cds were culled from live performances because he hates playing in the studio and frequently the sound quality and audience noise can be less than ideal. He no longer records at all, so any new recordings of him are strictly bootleg. There is also an excellent Schubert D960 recording which is an essential. Again, because it's live it's not note perfect and the sound is not the best "studio" quality. In fact, anything on disc by this pianist should be in everyone's collection because of his stature.

I know next to nothing about Blechasz except that he won the Chopin competition years ago.

This could be your Feburary music que purchase from yourmusic

Amazon comments very positive, some of those people seem knowledgeable

I will have to look into this! PM me for something special.

Actually, the Feb. purchase was the Hahn Sibelius violin concerto. March is Takács Quartet Brahms which is fantastic (heard them do it live).

That was my thought, also. I expect that Chopin gets plenty of love among the small minority who pay attention to classical at all.

Seems more needs to be discussed about Rubinstein..........

In general there are three large groups of Chopin recordings by Rubinstein available each having its own style:
-1960s stereo
-late 1940s, 1950s mono
-1930s mono

The set pictured above is from 1960's stereo material except CD 11 which has preludes from 1946.

I have decided I need to explore the early work by Rubinstein especially the 1930's mazurkas which I now tend to think will be much more impressive to me from doing additional research, therefore the following have been ordered from Amazon:

Volume 6 - mazurkas & scherzi from 1930s 2CD mono (sourced from 78 rpm records?)
These historical recordings come from around the same time as Cortot/EMI set also mentioned in this thread, hopefully sound will be a bit better

Comments from others indicate that older performances were more animated with more panache, virtuosity........perhaps this was the more common style of that time, anyway I always wished the 1960s Rubinstein material was a bit more vibrant so here is my chance to go back in time and see what a younger Rubinstein was thinking.........

For some types of Chopin like the nocturnes the later mature style of Rubinstein may indeed be the preferred versions, we shall see

It seems that discussing Chopin's music has some merit after all.

--Jerome
You must log in or register to reply here.