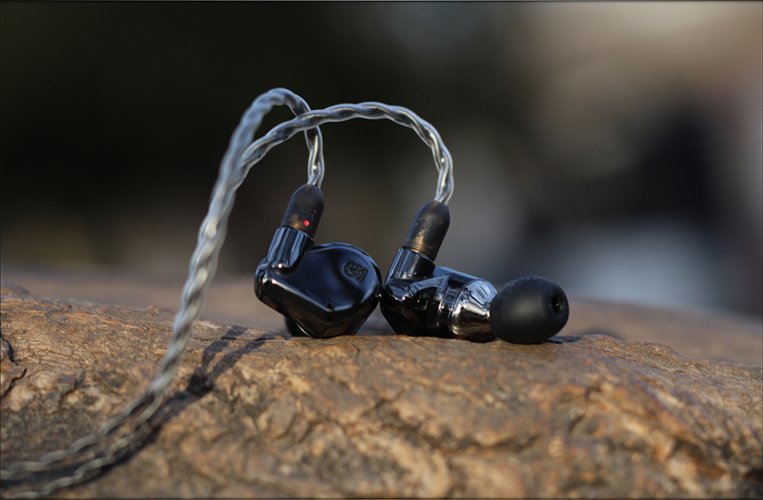 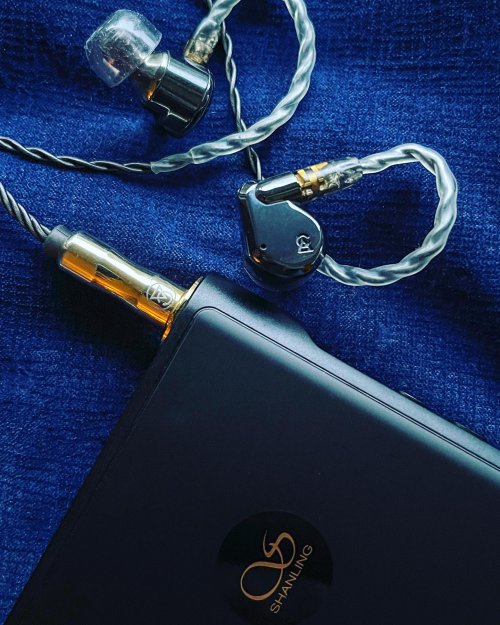 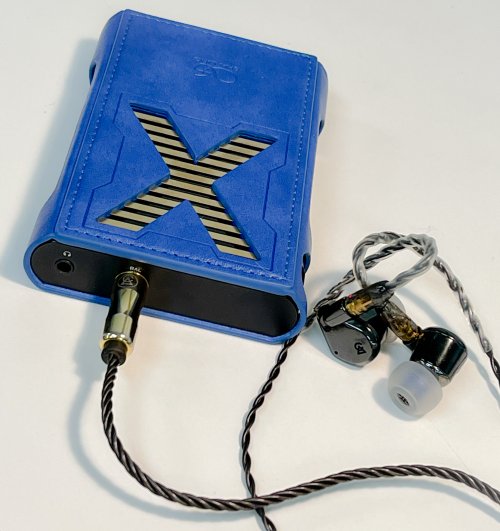 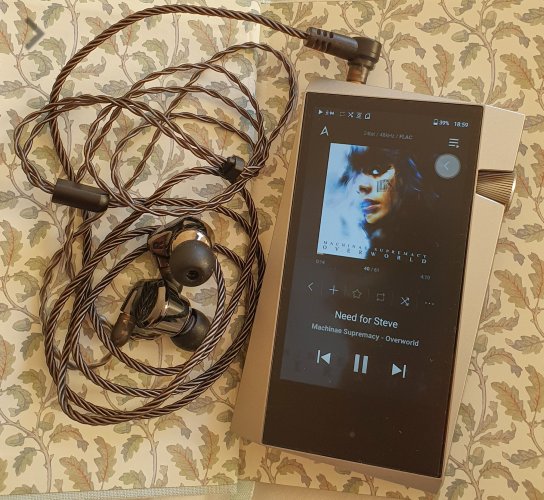 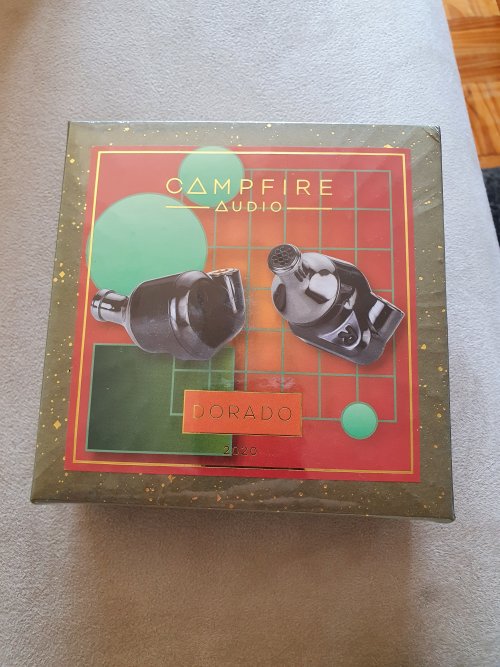 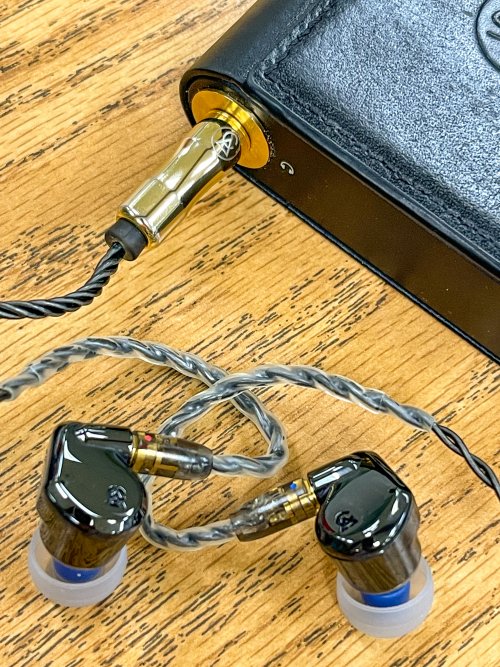 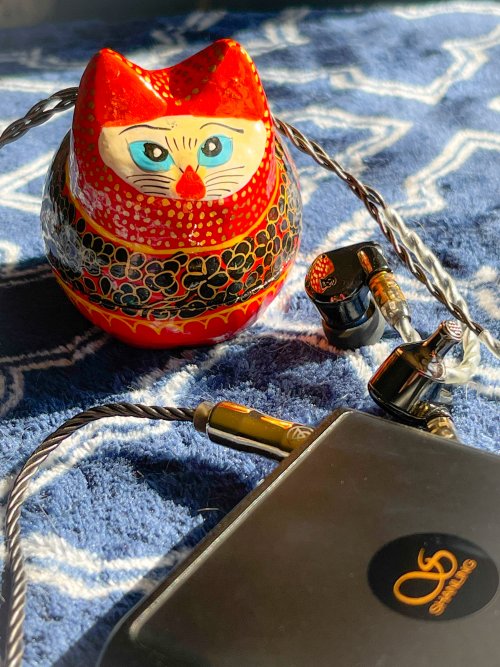 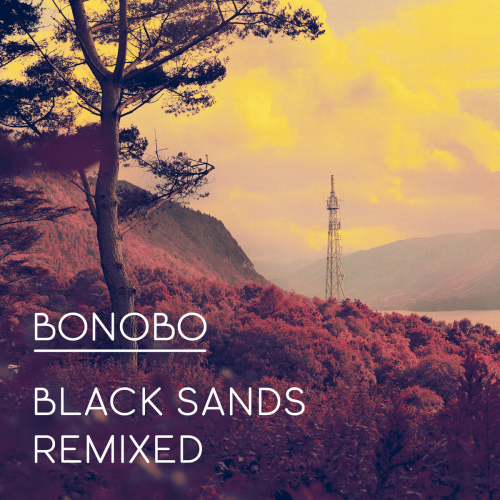 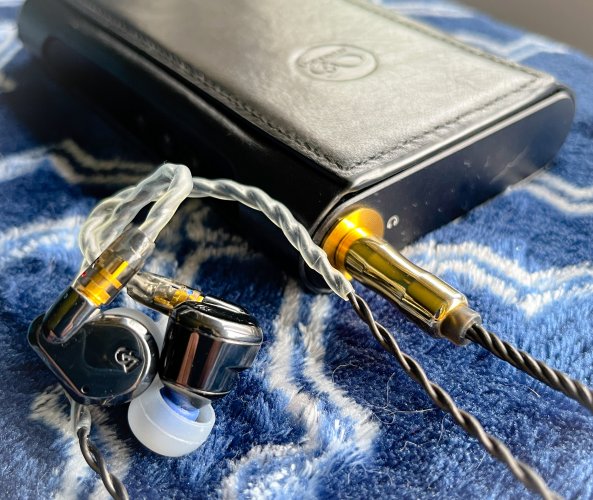 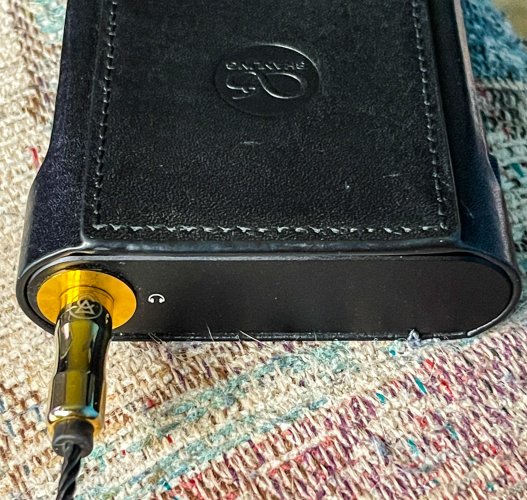 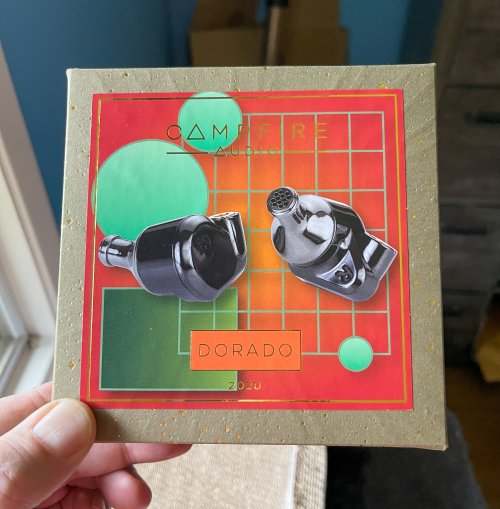 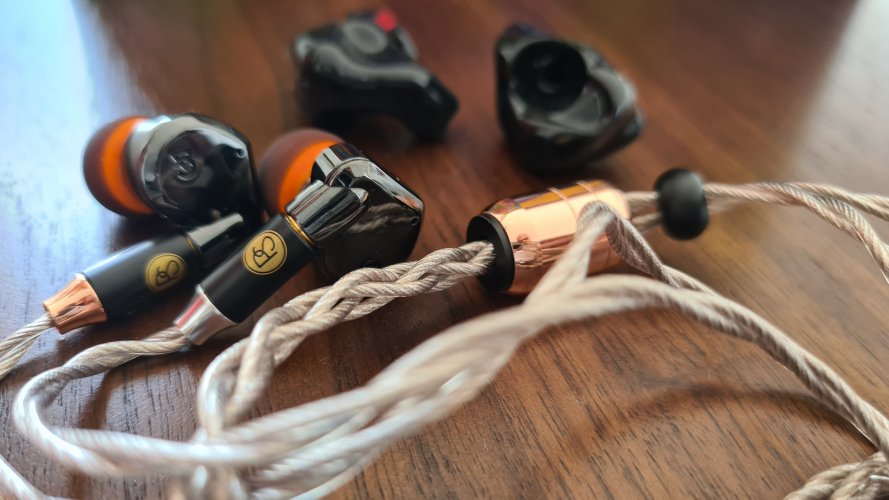 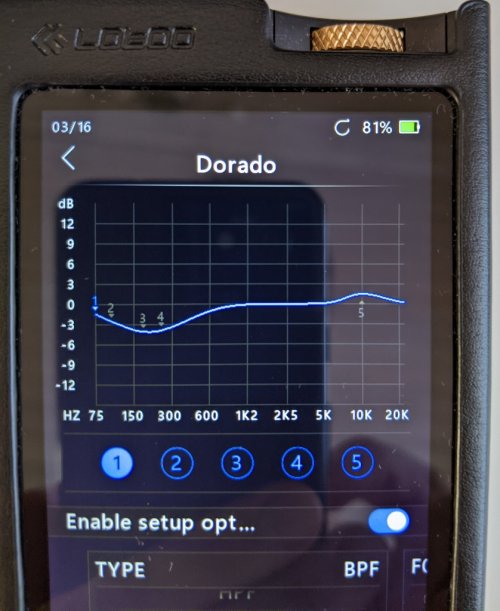 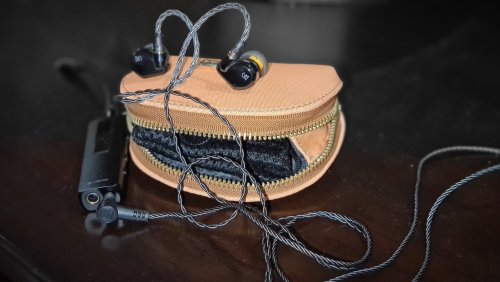 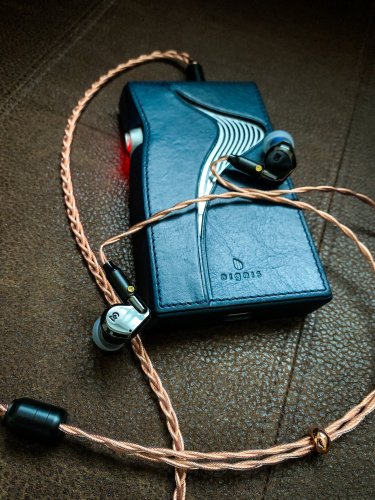 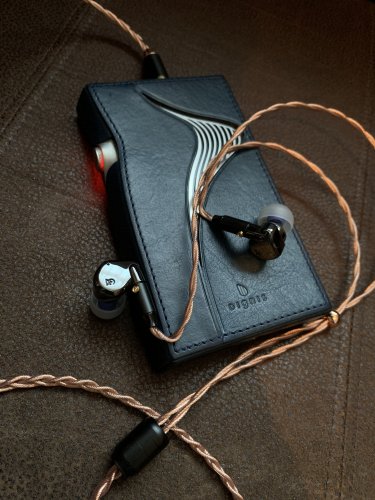 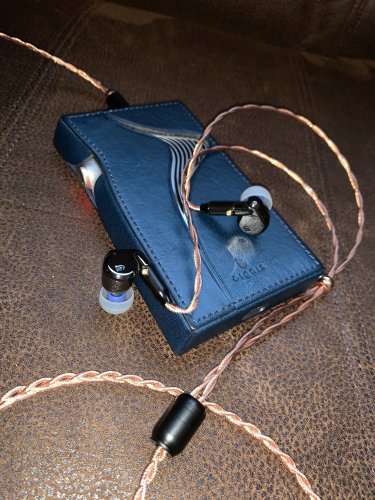 See full thread gallery...
You are using an out of date browser. It may not display this or other websites correctly.
You should upgrade or use an alternative browser.
Campfire Dorado 2020

Constructive opinions should always be welcome on a "hobby" forum. I, personally, do enjoy his reviews, even though I do not always agree with him (both my Campfire IEM and Focal headphones are rated C and I like them). I would, on the contrary, be wary of all the sponsored reviews that tend to give 9+/10 to most of the products they receive.

For my part, I ended up buying the Polaris II during Black Friday, which wasn't well rated by Crin, but I still find them OK as a one-trick-pony for electronic music (despite some obvious flaws). Couldn't see myself forking 1200€ for an IEM unfortunately. These price trends are getting ridiculous imho, for all the people that are not "über-audiophiles". I will be much more likely to spend this kind of money in some hi-fi speakers..

Look, it's easy to grasp the phenomena, and if infests all hobbies, not just this one. No one likes to be told that somehing they like is bad. Simple as that. People react in different ways to such opinions. I tend to shrug my shoulders and remain satisfied with my purchase decision. Others....well, may not take it as well. Reviewers/influencers have too much power, and ironically, a lot of it is given by those who disagree with them.
FOR SALE: Signal Cable - Bi-Wire Ultra Speaker Cables

I hope none of this is directed at me. I disagreed with the review there. I knew it wasn't crinacle, for me I was personally just wondering what his opinions would be. That's the only reason I mentioned him. I do welcome other opinions, and I thought we were just discussing them.

Not at all @mashuto, I was responding to OhmsClaws message, which was a bit of a personal attack that doesn't bring anything to the debate

My oh my, this is what I get for not paying enough attention to this website. Let me address a few things here.

First off, I don't have any sort of real grudge against Campfire beyond a bunch of stupid and tasteless jokes I made about a year ago on a Discord that I'm no longer in. I give them credit where credit is due, and I genuinely liked the Andro 2020 for what it was. Having said this, I do dislike the vast majority of their products on the basis of, well, disliking them. No different from the reason I dislike any other given IEM, and it's certainly not because I'm out to get Campfire or any sort of bizarre conspiracy theory like that. Beyond drawing connections between related products and talking about past endeavors, I really don't care all that much about who makes what IEM. I'm more interested in how the IEM in question stands on its own, and if it does or doesn't, it has nothing to do with who made it.

Secondly, I don't know how much of the stuff directed at Crin was really directed at him and not mistakenly directed at me, but I'll address it too. On the topic of Chifi, I implore anyone here to go check what I think of something like the Illumination or the Clairvoyance, or something like the Oxygen or the BL-03. I don't know where this bizarre IEM race war mentality came from, but I don't like Asian IEMs any more than American ones, and vice versa. It's the same deal with Campfire, this stuff really doesn't matter to me when it comes down to evaluating the actual IEM itself, though of course I talk about it in the context before and after the actual analysis. I find the whole "token white guy thing" especially creepy given it's effectively politicizing and racializing a completely unrelated topic for no apparent reason. Is this stuff really in good taste?

Thirdly, I don't know how many times I've had to stress this, but my writing serves as the highly subjective and completely opinionated reference point of a single person. Never have I paraded my thoughts or musings as objective, and never will I ever pretend that anything I write is even attempting to speak for anyone beyond myself. I really don't mind, and completely expect people to disagree with any given one of my reviews. That's kind of the point. I'm more confused as to why people go so far as to take offence from what is essentially an incredibly drawn out and verbose impression.

Oh yeah, and by the way, none of the stuff I listen to is Asian pop. I've posted my old test tracks before, and the large majority of it is rock and metal. Nowadays almost all my listening is classical. So unless you're telling me Beethoven and Schoenberg are the hottest Kpop idols, I don't know what to tell you.
Last edited: Jan 6, 2021
IEM rants and reviews thread - the ever-spiteful and eternally irrelevant source for portable audio thoughts and opinions

There's a lot of stuff out there on the internet, and it is very useful to understand any preconceptions or bias.

Thanks to you and others for highlighting a few things over the last couple pages of this thread. It's actually quite helpful for me and likely others as well to make properly informed decisions on $1000 luxury items. Grains of salt if you will.
Headphones:: CFA Cascade, Audeze LCD2-C
IEMs:: Shure SE535, Sony IER-Z1R, Tin HiFi T2 Plus
Sources:: Schiit Bifrost2, Asgard3, A&K SR25, iPhone XS/FiiO i1/Shure BT1
Shortlist:: CFA Andromeda 2020, Sennheiser HD6XX, Schiit Hel2, Shiit Loki+, FiiO LC-BT1
In Procurement:: BLON BL-03

A few days ago when I was writing a review for the Shuoer Tape Pro, I felt bad for the people who bought it based on a few early rave reviews. I can't imagine blind buying something that costs 10x more and being disappointed because others told me to dismiss any opposing views.

We have almost reached the end of the stage one of our First Head-Fi Members' Poll. Stage one of the poll closes at Midnight GMT tomorrow.

Only the top 5 in each category will go forward to stage two. Get your vote in for your favourite IEMs and maybe they will get into the top 5.

"TECHNICAL GRADE: D+"
Haha, i think i'll pass on this one. It's a shame, i really hoped for a mini-Solaris with a smaller, more comfortable shape.

The best reviewer is yourself.

Before smashing a product using other's words, try it first.

I apologise, I should have been more clear. I was referring to the people who mistook the Animus review for Crinacle and went along with it. None of it was directed at you as you were only giving your opinion on the matter and knew that the reviewer was not Crinacle. I’m sorry for that.

And who's smashing it?

IF you can try it, and it's a big big if for many people. And without this possibility i'd rather trust Crinacle than people who shill it hard today only to put it on sale tomorrow and move to something else.
You must log in or register to reply here.