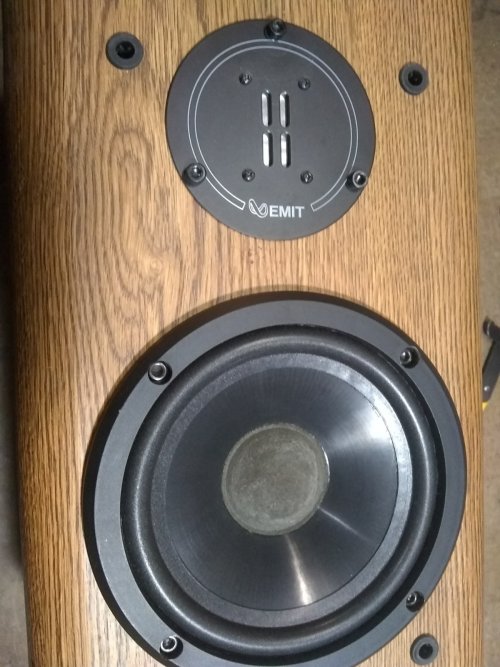 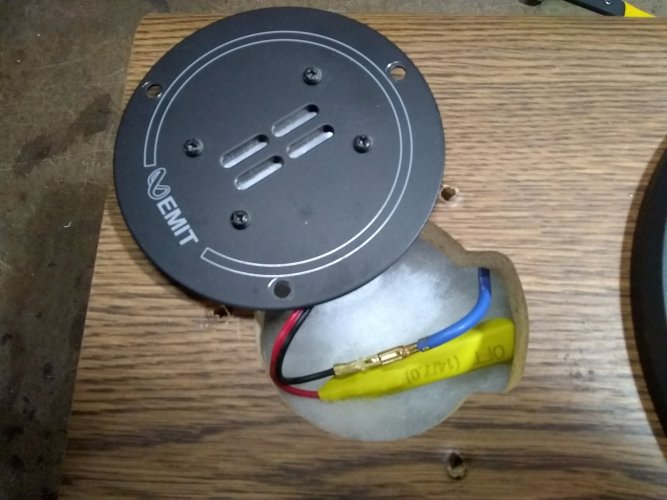 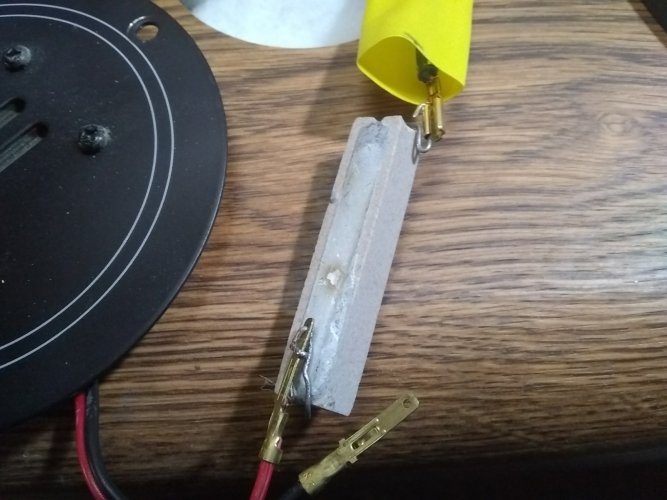 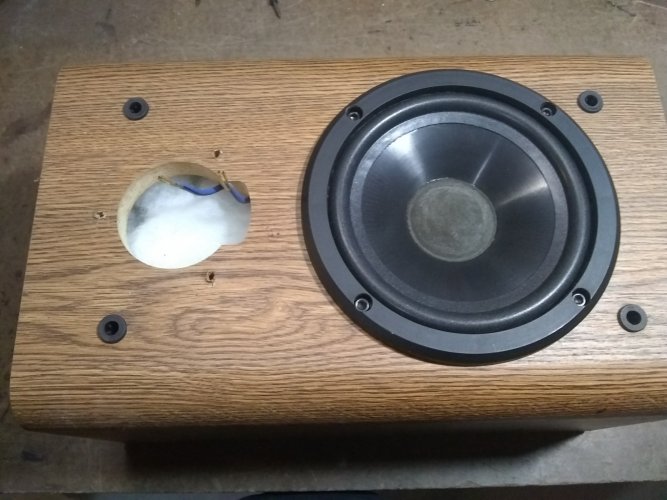 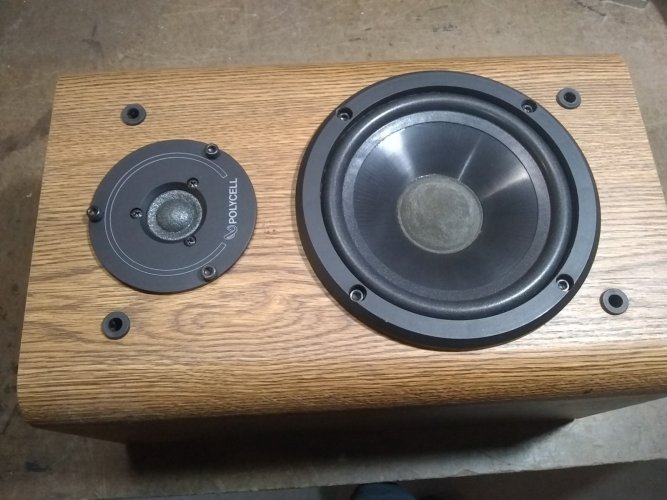 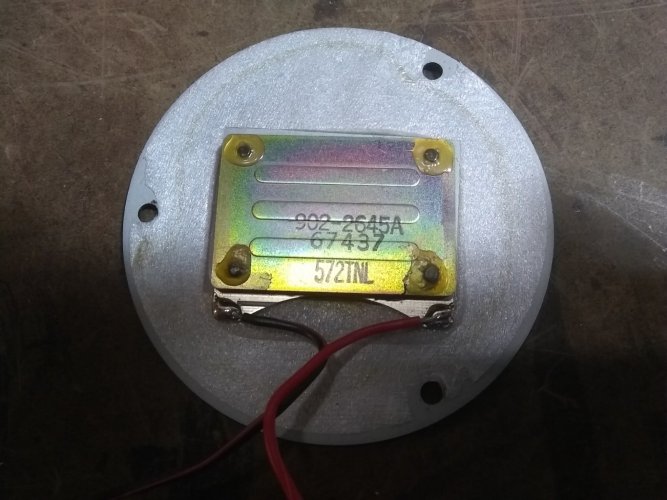 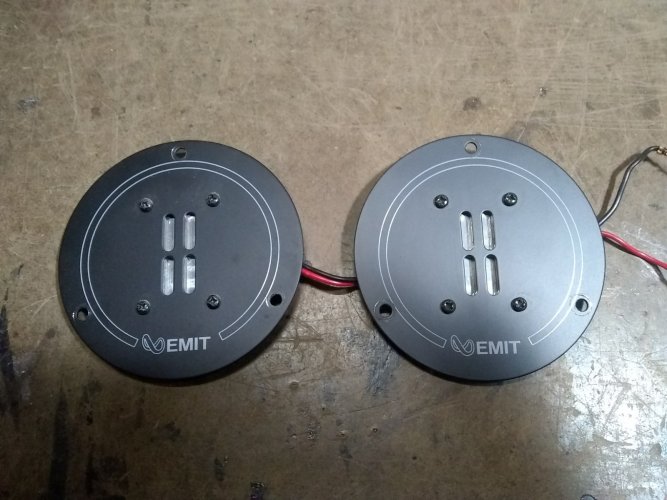 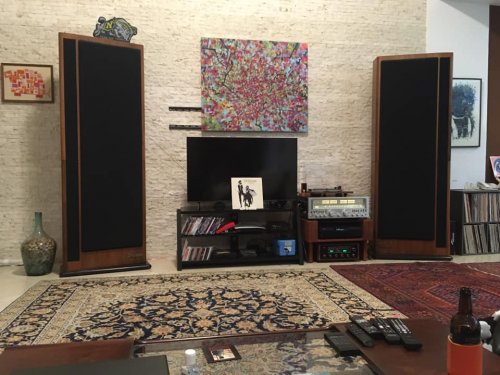 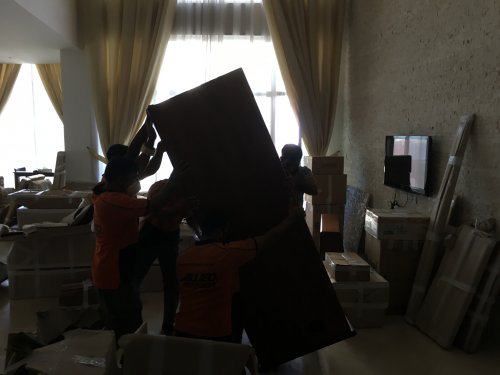 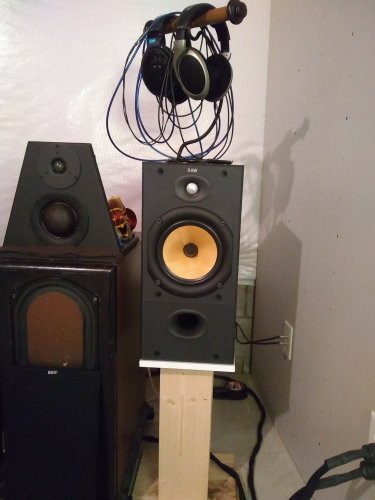 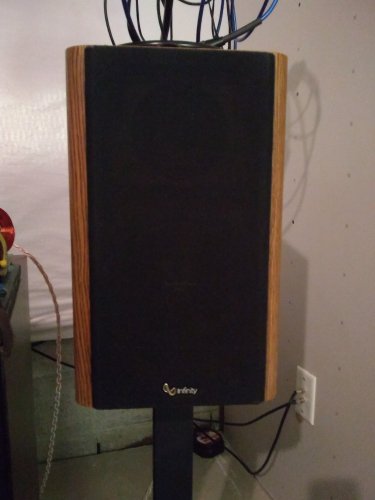 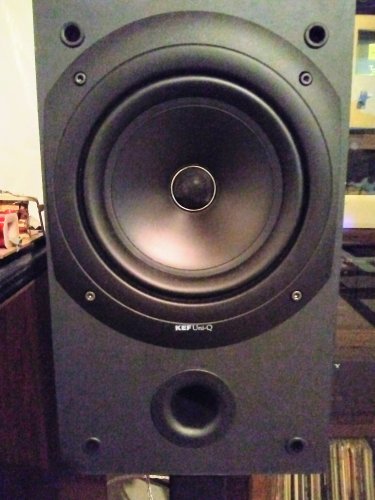 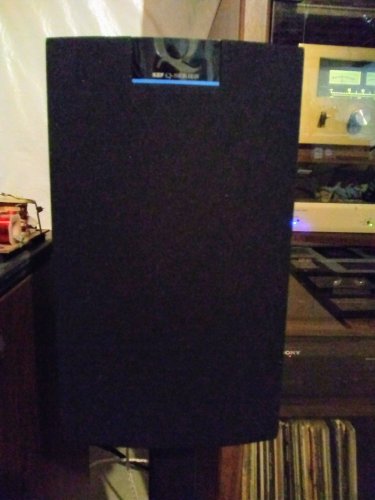 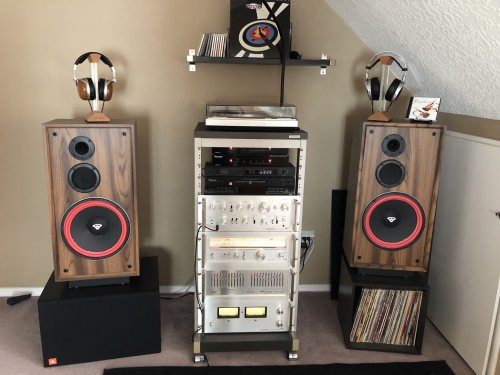 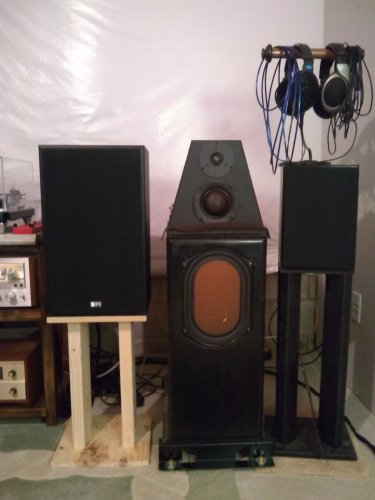 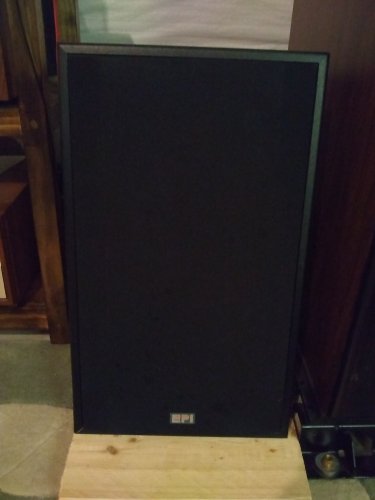 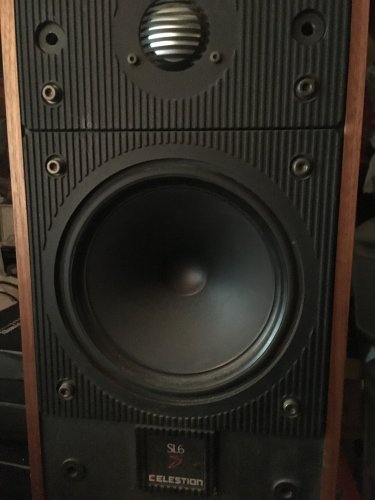 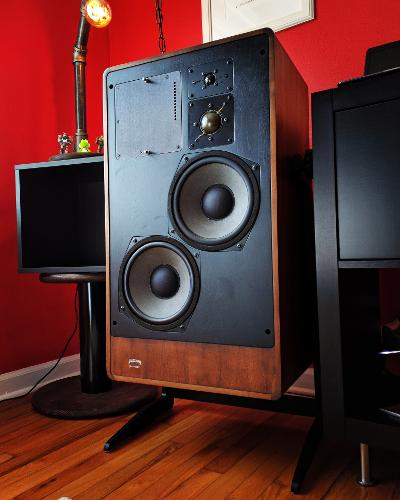 Great impressions PhoenixG!! Now I'm really looking forward to getting my xr7's completed. But they may be put on the back burner for a short while if the deal I just made on some very rare cornwall(the one with the vertical horns..wow!) don't fall through.

They are pretty much the best pair of cornwalls I've seen and the crossovers alone have about 500.00 worth of parts. Tweets and woofers been upgraded as well and internal bracing added to the cabs. He have  over 1000.00 invested in upgrades. I'm suppose to be trading my heavily modded forte II's plus a good amount of cash for them. Suppose to pick them up Wednesday, but I really hope no one comes alone with a truck load of cash and still them from me.
Headphones: Hifiman HE-6, Audio Technica ATH-W3000ANV, Stax SR-Lambda Signature, JH13 Pro

Oh, I almost forgot. Phoenix are you sure your xr7 have passive radiators? They don't suppose to. They come with two full 12in drivers in each cabinet. I have pulled up the manual to make sure there weren't any other versions of the xr7 and there's not. All of them comes with a total of four 12in drivers.
Headphones: Hifiman HE-6, Audio Technica ATH-W3000ANV, Stax SR-Lambda Signature, JH13 Pro

Good catch Moodyrn! I just pulled out the schematics and sure enough, they are all active. The guy I got them from thought there was a passive radiator, but the speakers all sounded active to me.
In that case, the phase shift between the active and what I thought was the passive woofer must be the result of position distortion and not inversion distortion, which could help explain why it was strongest around 2kHz (didn't measure exactly, it's just right in the middle of the vocal range) and not 500Hz. I can't believe I didn't check that haha. Sorry, don't want to bore y'all with engineering mumbo jumbo.

Oh man. HPM 150's that just need refoaming for $800 buy it now.
*breathe*
I would get them in a heartbeat if they were local, but I don't want to go through that kind of pain with shipping. Someone is going to get a great deal on a great pair of speakers. It's worse because I already know how good they sound haha.
I'm going to have to stay away from ebay for a bit.
http://www.ebay.com/itm/Pioneer-HPM-150-/230997799405?pt=Vintage_Electronics_R2&hash=item35c88ab1ed Well I've had my cornwalls a couple of days now. I was hesitant to trade my heavily modded forte II's plus cash for them. I read quiet a few people prefer a tricked out forte over a stock cornwall. But these cornwalls are so far beyond stock, and are also a very rare model(vertical horns). So I decided these were too good to pass up. And wow did this turn out to be one of the best decisions I've ever made. I really, really loved my tricked out fortes and would put them up against  most speaker costing upwards of 5k. So I thought with all of the upgrades and mods these would be just a step above.

Boy was I wrong. These sound so much better than my fortes, it's shocking. I guess all of the mods really paid off big time. It's been a long time since I've listened to a stock cornwall, but I don't remember them sounding anywhere near this good. These have a much higher level of refinement, bass that extends way down low, and  resolution galore. They can play at  earth shattering levels without a hint of distortion. The treble is extended, lifelike, and delicate all at the same time. The mids have he-6 level transparency. It's amazing how effortless the bass sounds. It's very punchy, full, deep, and also as tight as the bass from so called bass lite speakers and headphones, with a very naturalness to it. As deep as it is, it never dominates any other part of the freqency range.

The woofers have been upgraded to crites custom made cast frame woofers(basic stamped steel on stock ones). The tweeter have been upgraded to crites as well. But unlike for other klipsch which only the diaphragm is upgraded, the entire driver assemble is replaced. Another rarity about these are the horns. Most of the cornwall uses horns made of plastic, but these have the metal horns(the upgraded crites tweets does as well). Also the crossover have been completely rebuilt into something totally different from the stock ones. Internal bracing has been added with very high quality banana post. I initially though the back of the cabinet had been replaced, but the original is still in place, instead someone added a solid piece of hardwood to reinforce the cabinet structure. All internal wiring has been replaced with most if it being silver plated copper. These may be the best sounding cornwalls in existence and probably to most rare at that. The cabinets are in excellent shape, but was a little dull. So I have them a good rub down with steel wool and howard's restore followed by howards' feed n wax. These things are so massive, it's are to get both of them in one shot. Please excuse my speaker cables. I custom made them for my fortes with the terminal being on the bottom. They're on the top with these and are now a couple of feet too short.
Headphones: Hifiman HE-6, Audio Technica ATH-W3000ANV, Stax SR-Lambda Signature, JH13 Pro

Thanks my friend. I must admit, with listening to cornwalls in the past, I wasn't prepared at how good these would sound. I've listened to a lot of speakers in the past between 5000.00-40,000.00. These are one of the 7-8 best speakers I've ever listened to. I really feel like I just won the lottery with these. Sounds better and I ever thought  I would be able to afford. I initially thought I would be taking a chance on trading my fortes for these. Now I don't even give them a second thought. I kind of feel bad for the previous owner though. He was really strapped for cash, and really wanted cash only, but was able to talk him into a trade plus cash. The fortes were great, but I definitely got the better end of this deal.
Headphones: Hifiman HE-6, Audio Technica ATH-W3000ANV, Stax SR-Lambda Signature, JH13 Pro

Never would have known about it if it wasn't for you. Now I always keep a bottle around.
Headphones: Hifiman HE-6, Audio Technica ATH-W3000ANV, Stax SR-Lambda Signature, JH13 Pro