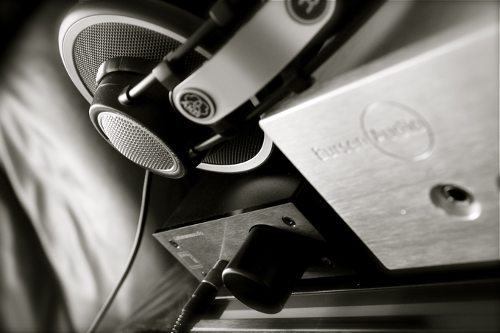 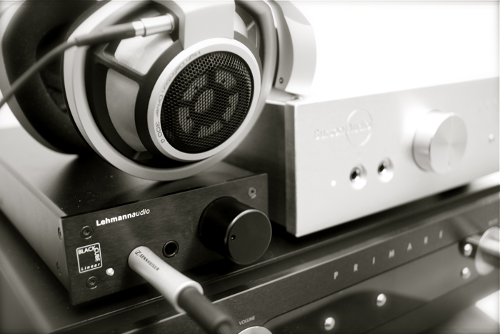 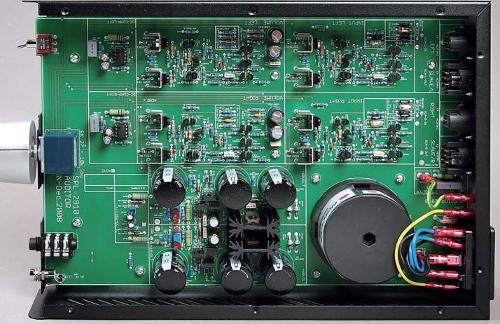 See full thread gallery...
You are using an out of date browser. It may not display this or other websites correctly.
You should upgrade or use an alternative browser.
Burson vs Lehmann for HD 800

I'm a bit confused about what amp to get for my new HD 800s.  At the moment I can get the HD 800s with a free Rhinelander or a discounted BCL as follows,

Unfortunately the store with the deal doesn't sell Burson, but I could go for option (1) and maybe sell the Rhinelander and buy a Burson HA-160D for $1000 AU, call this option (3).

From looking at online photos of the HA-160D, it looks to me that the Burson has slightly better parts and more build quality.  I also like the idea of the stepped attenuator.  However, some people have complained that the Burson sounds shrill with the HD 800 and without much bass control, and that the Lehmann has faster transients and more details.  Some people also say the Burson is warm or tube like, which I don't really like.

I don't want the preamp/DAC to be part of the decision making, because, although I would use these features, I want to determine which is the best headamp of the lot.

Thanks very much for your advice!

Well, everyone have different ears/tastes.

The HA-160D have a nice synergy with sennheisers, and if you have the chance to audition first with the 650's it would be nice.

Depending on that, you make your choice.

Are you sure it's a discount?

If it's not US$ that you're speaking of, forgive my mistake and add the currency in your opening post.

That said, you may also want to take a look at the SPL Auditor, excellent reputation across the boards and fairly in you price range, and very nice looking IMHO.

By DavidMahler The 100 Greatest Pieces of Classical Music

By Pio2001 Fidelity and purest sound directly from the orchestra to your speakers? Dream on, we're still far from it.
@ Xiph.Org About 24/192... and why it makes no sense.

I went to the new Audio Technica store in Sydney, but all the Bursons were inside cabinets, and had had their volume pot removed and where extremely hot to touch.  I hence didn't bother to listen.  The unit looked fine, but I don't like the screws on the top.

My only problem is that if I just get the HD 800 and Rhinelander deal (option (1)) and then get the Burson and don't like it, I will regret that I didn't get the BCL option (2).

Thanks.  Did you say in one post that you thought the BCL would be better?

Bcl is faster, i mean even faster than the beta 22 is how fast it is but i sometimes find it sterile with the hd800. Some may call it dead neutral bit i dunno, its my opinion. Its impressive when you first hear it but after some time you end up preferring other amps. B22 and burson have more tonality, more personality as you would say. The b22 soundstage and the burson warmth for example are what distinguishes them from the ss world. The bcl is just the embodiment of all the ss virtues in one amp without many of the downsides of ss
Iphone 5> UE900 / Audio-technica IM70
Custom PC > Perfectwave DAC MKII w/bridge > Nordost Heimdall II XLR > Ayre AX-7e > Nordost Purple flare Sp/cable > KEF LS50

I'm interested in the better speed of the BCL.  How would you compare the soundstage of the BCL to the Burson?  In my very brief listen to the BCL + HD 800 the soundstage seemed less than with the Rhinelander, but the sound was much fuller and bass didn't seem lean.  The gain settings may have been different.  Like I said, with the BCL the HD 650 sounded closer in sound quality to the HD 800 than with the Rhinelander.  Did you hear the channel imbalance on the BCL (edit: I didn't hear this on the second audition)?

If it means anything, I have an MF X can v3 and I don't like its sound, so if the Burson warmth is like this I won't like it - if its like the natural warmth of the HD 650s I will probably like the Burson.  I actually prefer the sound of the Xonar STX (not for use with the HD 800s - only perhaps as a very temporary DAC but I also have a MF A3.5 CDP I could use), except I don't like its comparitively hard treble and lack of ompph/ body, but in terms of detail and soundstage, it kills the X can with the HD 650s.

Thanks for your help.

If you're going to spend over the 1k, then you would be better suited to the beta22 2 channel. The 4 channel fully balanced one has the best hd800 soundstage period. In my review i stated that i liked the burson ss more because it sounded more intergrated but for the best separation and imaging, there is no beating the b22 4ch. The bcl has that more enclosed and intergrated soundstage. Its only main selling point is its incredible speed (b22 isnt far off at all likewise with the burson) but if you were to go for technically the best ss headamp, go b22. Its normally diy but there are companies that build em. The 4ch one i heard was amazing and cost 1800 all in all to build. Far outstrips the 2ch one imo. B22 is ss at its finest. Burson is warmer and has the most 'oomph'. Bcl is just bloody fast and is best for fast genres like rock imo.
Iphone 5> UE900 / Audio-technica IM70
Custom PC > Perfectwave DAC MKII w/bridge > Nordost Heimdall II XLR > Ayre AX-7e > Nordost Purple flare Sp/cable > KEF LS50

Where would I find the B22 in Sydney, and if it's balanced don't I have to change the HD 800 stock cable?

How much more enclosed or less wide is the BCL than the Burson?  And you didn't hear the BCL channel imbalance (edit: I didn't hear this on second audition)?

Did you see the pricing I wrote in my first post?  Effectively I can get a BCL for $850.

For the B22, it's either DIY ou commission someone like http://www.rockhopperaudio.com.

By DavidMahler The 100 Greatest Pieces of Classical Music

By Pio2001 Fidelity and purest sound directly from the orchestra to your speakers? Dream on, we're still far from it.
@ Xiph.Org About 24/192... and why it makes no sense.

Do you think the opamp input stage on the BCL is something to worry about/negative points?

How much truth does Burson's statements about "discrete" op-amps superiority hold true?

Bcl makes hd800 kinda sound like a 'stat. If that was your intention then go for it. The crazy resolution and transient speed is great if that was your goal. The b22 4ch is superior in all other areas. If imaging is your thing then the b22 will not disappoint. The soundstage of the bcl was slightly smaller than burson. Very slight. There was no channel imbalance when i used it (2months) could be your dac. The discrete parts i think hold true in respects to 1.5k - amps but as seen with the concerto, IC's can also sometimes be better. In theory discrete parts are better and are certainly used in very high end speaker amps so imo it runs very true in some applications. The b22 is diy so dont try it if you arent comfortable with an iron and a multimeter, otherwise as said above, you can comission someone to build it for you.
Iphone 5> UE900 / Audio-technica IM70
Custom PC > Perfectwave DAC MKII w/bridge > Nordost Heimdall II XLR > Ayre AX-7e > Nordost Purple flare Sp/cable > KEF LS50

Thanks for you help, it's much appreciated, and I can't believe more haven't commented on BCL vs Burson.
You must log in or register to reply here.