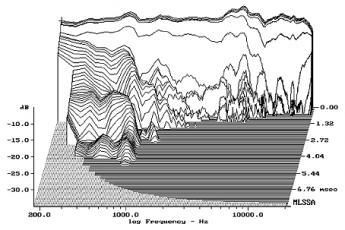 You are using an out of date browser. It may not display this or other websites correctly.
You should upgrade or use an alternative browser.
Burn-in Naysayers:

Audiosaurus, you know as well as I do that he is talking about audible differences between the same driver pre and post burn in. Don't take his quote out of context and misrepresent what he said so that you can act upset.
Fubar II DAC --> DIY Beta 22 Active ground--> HiFiMAN HE-5
Yes, my source is a few leagues below amp and phones. That will change...

Do you have a contingency plan in the event of a zombie apocalypse?

Same difference. You can "objectively prove" that one pair of headphones sounds better than another no more than you can prove a specific pair sounds better after a period of burn-in. His quote is baseless either way.

For the record, if headphone manufacturers themselves suggest that you burn-in your 'phones first, there may just be some truth to it.

It is not the "same difference". Whether different pairs of headphones sound "better" is objective, but there are easily measureable and large differences between phones when you consider transient response, frequency range, sensitivity etc. There are also differences in damping etc that can be measured.

The whole debate about burn in is about whether it exists or not. I have never seen any measurements demonstrating any difference between drivers before and after burn in. If there were detectable, repeatable differences in drivers pre and post burn in, everyone would shut up and argue about whether burn in is good or bad and not about whether it exists or not.
Fubar II DAC --> DIY Beta 22 Active ground--> HiFiMAN HE-5
Yes, my source is a few leagues below amp and phones. That will change...

Do you have a contingency plan in the event of a zombie apocalypse?

Its not even about if one sounds better, but rather if there is any difference at all; You may think it sounds better though. Ever hear of the placebo effect?

the inferior colliculus in your midbrain is able to tune and/or detune the hair cells in your ears to accentuate certain frequencies while you're listening, so I suspect there could be a lot of just adjustment on your brain's part w/ burn in. whether it's real or not, i think it's kind of silly for people to spend 100 or so hours burning headphones in before they begin listening to them. Where's the fun in that?
PioneerPL518-GradoBlack-Marantz2230-InfinitySS2001
Current: Sony MDR-V6; Gone: Shure e2c, Sony EX90LP, Grado sr-60, Alessandro ms-1, Klipsch Custom-1, UE triplefi

i think the idea of burn in or break in - that is, gear sounds better after some use than right out of box - is widely accepted as true. what is more debatable is extended burn in.
Foobar2000 → Teac UD-701N → Hedd Heddphone / AKG K812 / Sennheiser HD650

Headphones/Speakers, maybe... solid state kit - highly dubious ? No evidence whatsoever to date, i.e no pre and post FR measurements, no DBT and so on to suggest any notable changes, with the possible exception of degradation/failure over time.
There is no such thing as an original sin ! - DP McManus (aka Elvis Costello)

It seems that the issue is more split than I thought as shown by some polarising posts aimed at belittling others.

Umm not for such massive applications or so I believe. When I run a Crysis bench I get about the same fps every time regardless of use. Someone link me to where this is mentioned and I'll believe it of course. Are you talking about superfetch where the OS preloads applications so that they load faster?

Wow congratulations for taking a part of his post out of context. This kind of poor debating happens all the time on forums though.

People like to burn gear in before they listen because it gives them something to do and out their mark on a new component. While I don't disagree that solid state and cans/speakers sound better over time, I'd rather let it happen while I use them.

While I do appreciate the responses it does seem that everyone has based their opinion on "what feels right to them", that is, what they feel to make the most sense... What I was really hoping for were some facts pointing in one direction or another, but I guess that's something of a rarity on this topic.

(BTW, solid state burn-in makes no sense to me whatsoever, is there any logical argument for this at all?)
N

this is exactly whats going on with my k701, kinda disappointed after 90hours of burn in.what a waste of energy, gonna stop doing that.

The problem is that it is difficult to quantify levels of audio pleasure. Unlike a gpu shootout, we can't run the same in-game benchmark and record the min, average and max fps when testing 10 cards. In the gpu world, you can run a benchmark 10 times or maybe 100 times and compare the results. Thus, you can say that gpu burn in is nil, in fact you might find that the once stable oc is now unstable. However as shown through headphones like the k701, what one finds appealing could be the worse headphone on the planet to another.

Facts are pretty hard to find in the audio realm. It's all a matter of preference. Some like warm sound signatures and thus like warm headphones and equipment, others prefer a neutral sound. These people will probably not like the same headphones.

As for SS burn in, well people believe that the caps and other items change over time and this affects the sound. However, the only changes I see with every other piece of hardware I have is degradation.

There are other things out there like cables. High quality digital cables is an interesting area because people swear by them even though the facts would suggest that for the distances we are running that elcheapos would do the job.
Current rotation - Octave Mk1 -> GS-1 ->AD2000
You must log in or register to reply here.