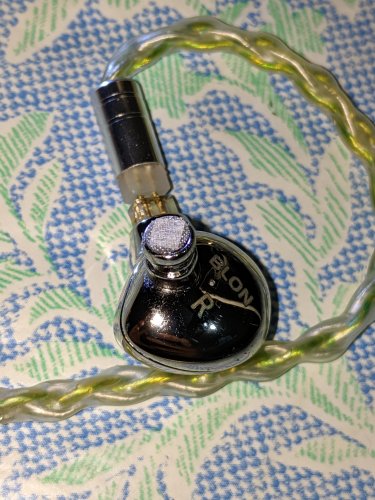 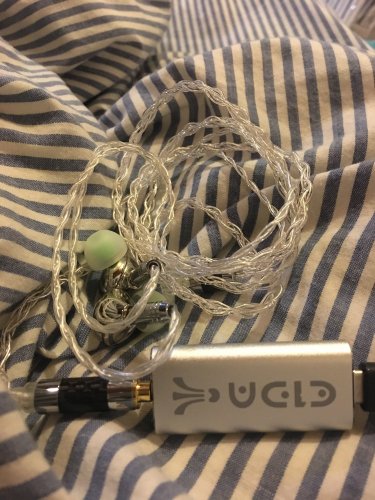 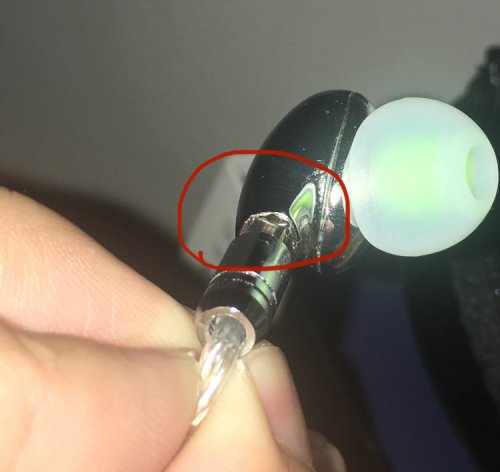 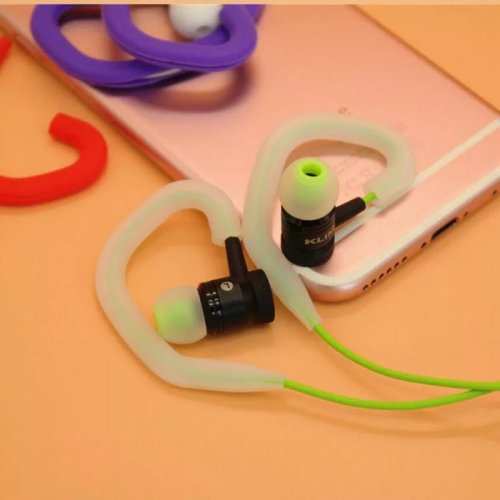 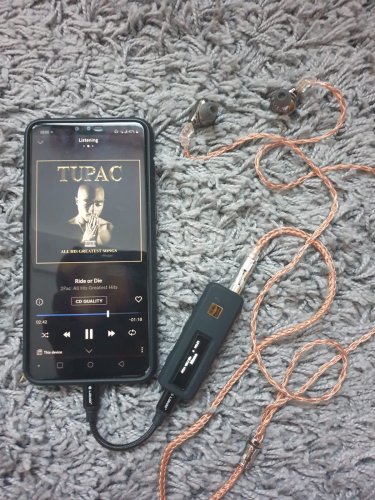 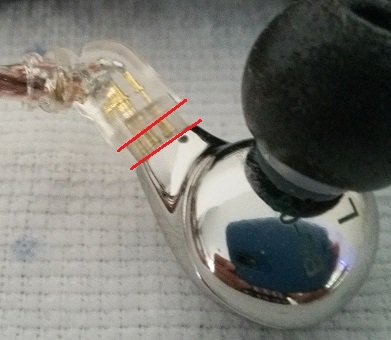 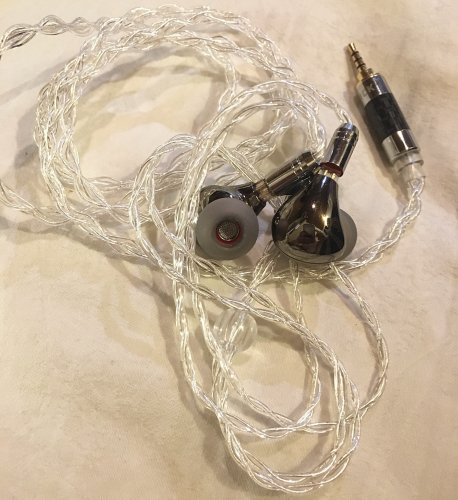 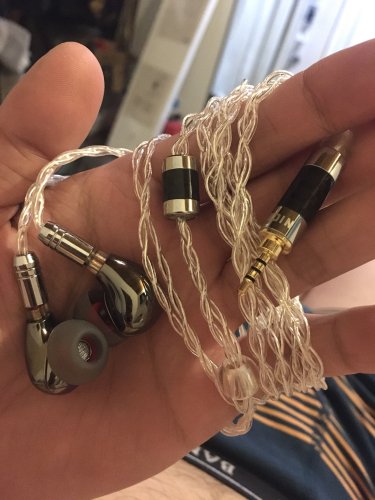 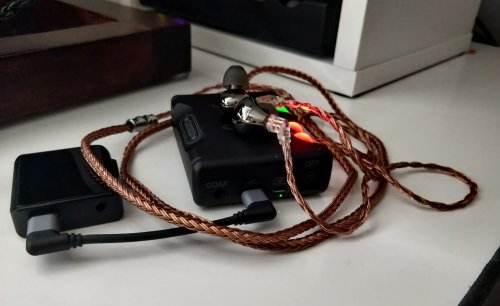 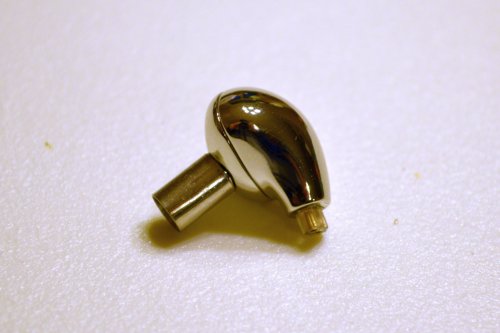 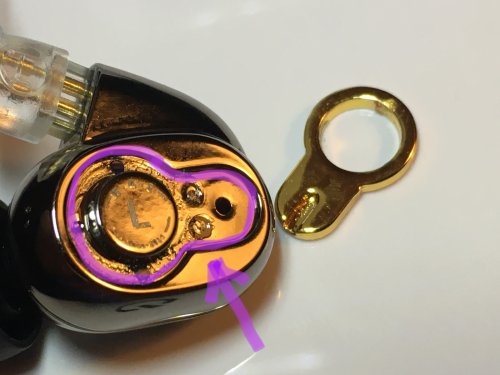 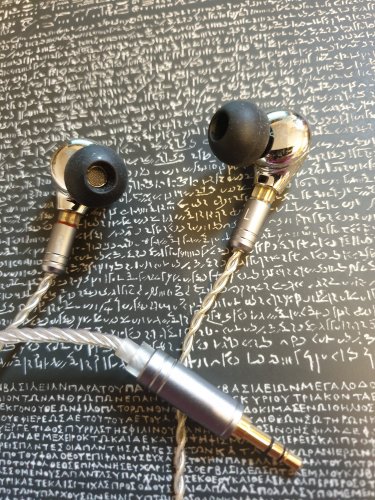 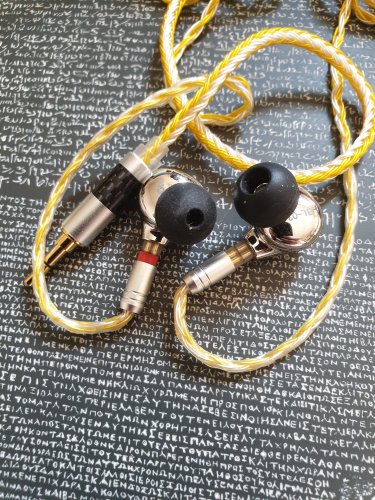 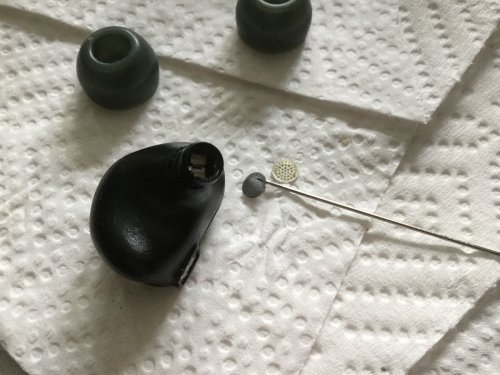 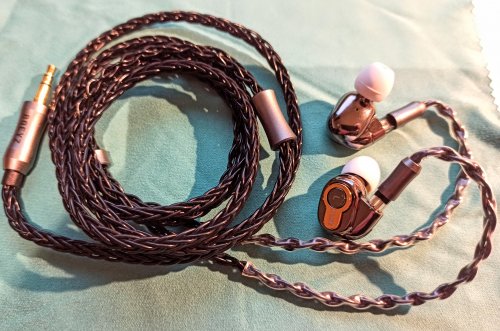 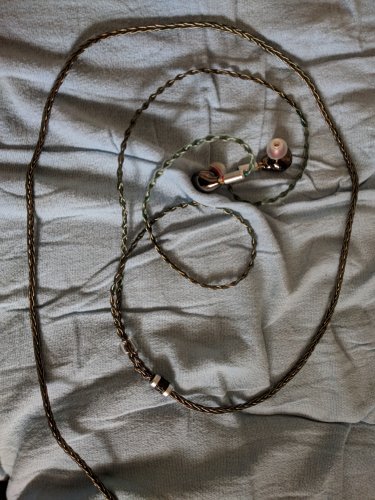 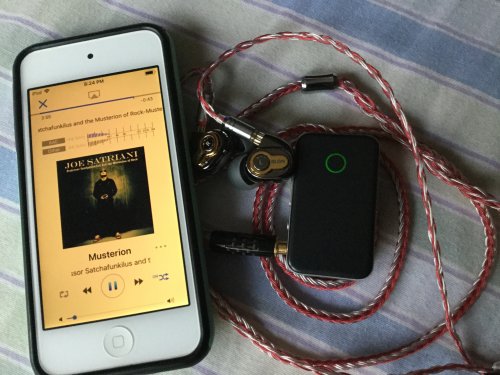 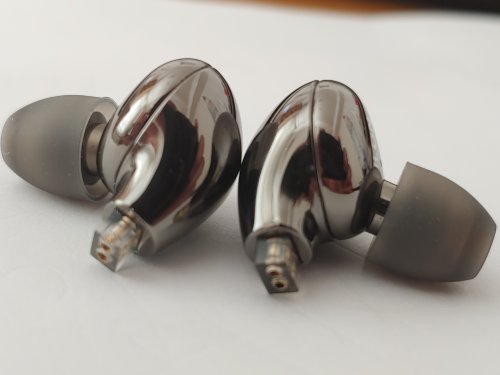 Does the 05 weight as "hollow" as the 03 does? Like for example the Urbanfun ISS014 has more weight to them than the 03, which makes the 03 feel a bit cheaper in the build.
Ranking-List/Database: https://docs.google.com/spreadsheets/d/1YNuslYM4CrhMPrOLofzTm4ei7HEfP8AI1zxswrMw2ho/edit?usp=sharing

originalsnuffy said:
With the 05 I am hoping that we don't need to jury rig some kind of extenders to get a proper ear fit.
Click to expand...

RikudouGoku said:
Does the 05 weight as "hollow" as the 03 does? Like for example the Urbanfun ISS014 has more weight to them than the 03, which makes the 03 feel a bit cheaper in the build.
Click to expand...

They feel well built to me, although I like the build of the 03 too. I think the build stands up to the Urbanfun, but the shape is so different that the fit angles differently. They are well made for the cost and have a very solid feel.....metal. I don't like the stock cable though and haven't even bothered trying it.
"Great compassion
penetrates into the
marrow of the bone."
NAGARJUNA
Share This Post
Reactions: peskypesky and RikudouGoku
post-15601233
Post #3,021 of 3,739

I recently received a DAP from Hifigo. It shipped immediately and then everything sits in DHL waiting to be next up. Mine sat 5 days nothing just “information received” and then a Wednesday night they moved, cleared custom, got on a plane and arrived Friday noon.....I was blown away, Friday morning it was scheduled for Monday and then an email saying we are bringing now....from Harrisburg or wherever to Allentown. I hadn’t even started to jump up and look when hearing truck sounds, unknown caller hits phone, I answer, “DHL here I have a package”!
So they sit then fly like subsonically ....DHL can only do so much, huge backlog waiting to move as things ramp up.
Just info if anyone is worried like I was. Also a source of mine emailed me that the Blon 05 just hit Amazon warehouse and they’ll send asap.

The reason is 2 fold i would assume:

1) The Beta graphs (with piezo) had treble spiky peaks: 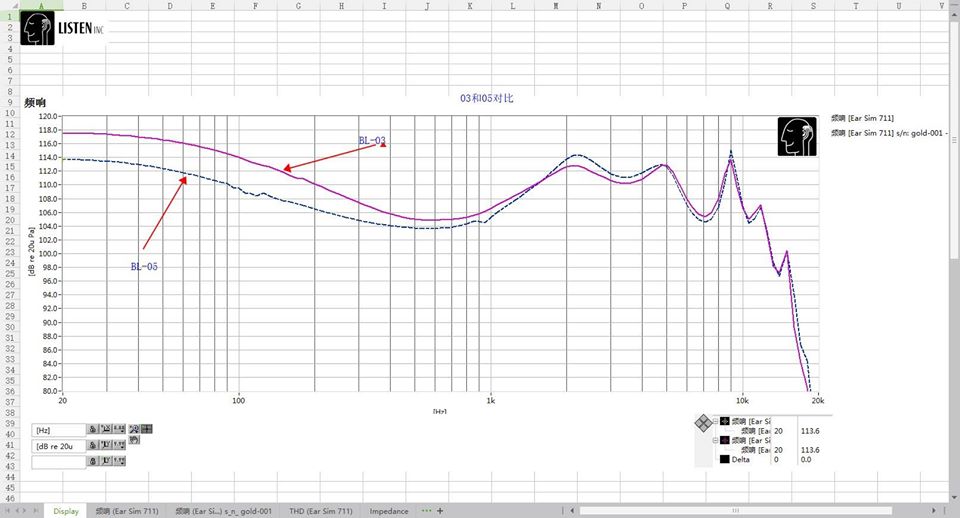 (graphs courtesy of Larry Fulton). i know they are using different couplers for the graphs, but this is just a rough estimate of the spikes compared to the final production BL-05.

So there was feedback from the Beta testers that the piezos caused too much treble harshness.


2) Second reason that can't really be graphed is possibly an artificial timbre issue that is generally found in cheap piezo drivers.


Personally, I'm happy they took away the piezos so as to preserve the timbre that the BL-03 was famous for, but YMMV. It is easy to find treblehead type highly technical $50 - 100 CHIFI, but much harder to find something with good timbre/tonality. I hope the weaknesses of the BL-03 (namely fit, midbass bleed/muddiness, technical performance) are addressed with the BL-05 (which supposedly also uses newer dynamic drivers compared to the BL-03).
Favourite IEMs for home setup (alphabetically arranged): BLON BL-03, BLON Cardinal, KBEAR Diamond, NiceHCK M6 [BGVP Filter], Oriveti New Primacy, TFZ Tequila 1, Toneking Nine Tails, TRI I3, Urbanfun YBF-ISS014

Thanks for the photos of the BL-05 and the gold cable. The combo looks very nice. The final production unit looks much better than what I remembered seeing of the pre-production units in regards to the color scheme. The BL-03 with long foam tips fit me extremely well since I have smaller ears it seems. I'm on the fence if I'll purchase the 05 or not since the 03 fits me well enough and I really enjoy their sound.
Headphones: HE-4XX / DT990 Pro / ATH-M50X
IEMs: Tin P1 / BLON BL-03 / Etymotic ER3SE
Sources: V30 / Hidizs AP80 / Macbook Pro 2012
DAC/Amp: Liquid Spark / iFi iDSD Nano BL
Share This Post
Reactions: dharmasteve, Toastybob and baskingshark
post-15601939
Post #3,027 of 3,739

I've ordered a set of blon bl-05. Coming in a month, I can't wait. I hope the bass isn't tamed too much, I sometimes eq the sub bass up a smidge, depending on my ears that day, with my blon bl-03. Some days my ears don't hear the bass in my headphones and I have to crank them. Then the next day I listen and think they are too dark sounding. Am I weird?

Not. I think lol. That's how I suffer with KZ AS10. One day I love them and another day I hate them.

Some I only listened to parts I knew well.

Timbre and tone like Blon 03, the Blon 05 does perfectly. The Bass has been slightly reduced, noticeably in the Sub Bass.....but the bass is quite less boomy and does not compete with the midrange. The loss of some bass make the midrange sit well in it's own space and stand out in a good way. I quite liked the big bass of the Blon 03 and on tracks like Ambitionz Az A Ridah, 2PAC, and Groove Attack by Infected Mushroom, the 03 has more impact. The Blon 05 has one great improvement on the 03 which may be due to the lessened bass....... it has an almost holographic soundstage which is exceptional (maybe the new casing). The 05 has a very slightly thinner sound than the 03 but not in a bad way. Cymbals and High Hats sound natural and accurate, guitars full and musical. Vocals stand out more on Blon 05, both male and female. Highs have no sibilance and may be very slightly more forward in the presentation. A tiny bit more 'technical' but not like a BA. The 05 has the excellent rhythmic characteristics that the Blon 03 has

Fit is 100% better on the 05 and that may be reason enough on it's own to go for it. I haven't even untied the cable because it has no interest to me and the supplied tips are bog standard and not all that. Can it be called better than the 05....I think for some yes. For me they have enough of a different sound and I would recommend the more holographic presentation of the 05, but all in all they are equals. Are they worth the money....YES. Are they worth spending a little more on a cable and tips...YES. They are well made and there is tiny writing on the metal wall that needs a magnifying glass to see.

Somehow Blon have made changes which are noticeable, but without losing the natural timbre of instruments. Is it an upgrade? In a number of ways ways yes, fit and holographic soundstage yes, but the Blon 03 is still a fantastically musical IEM. 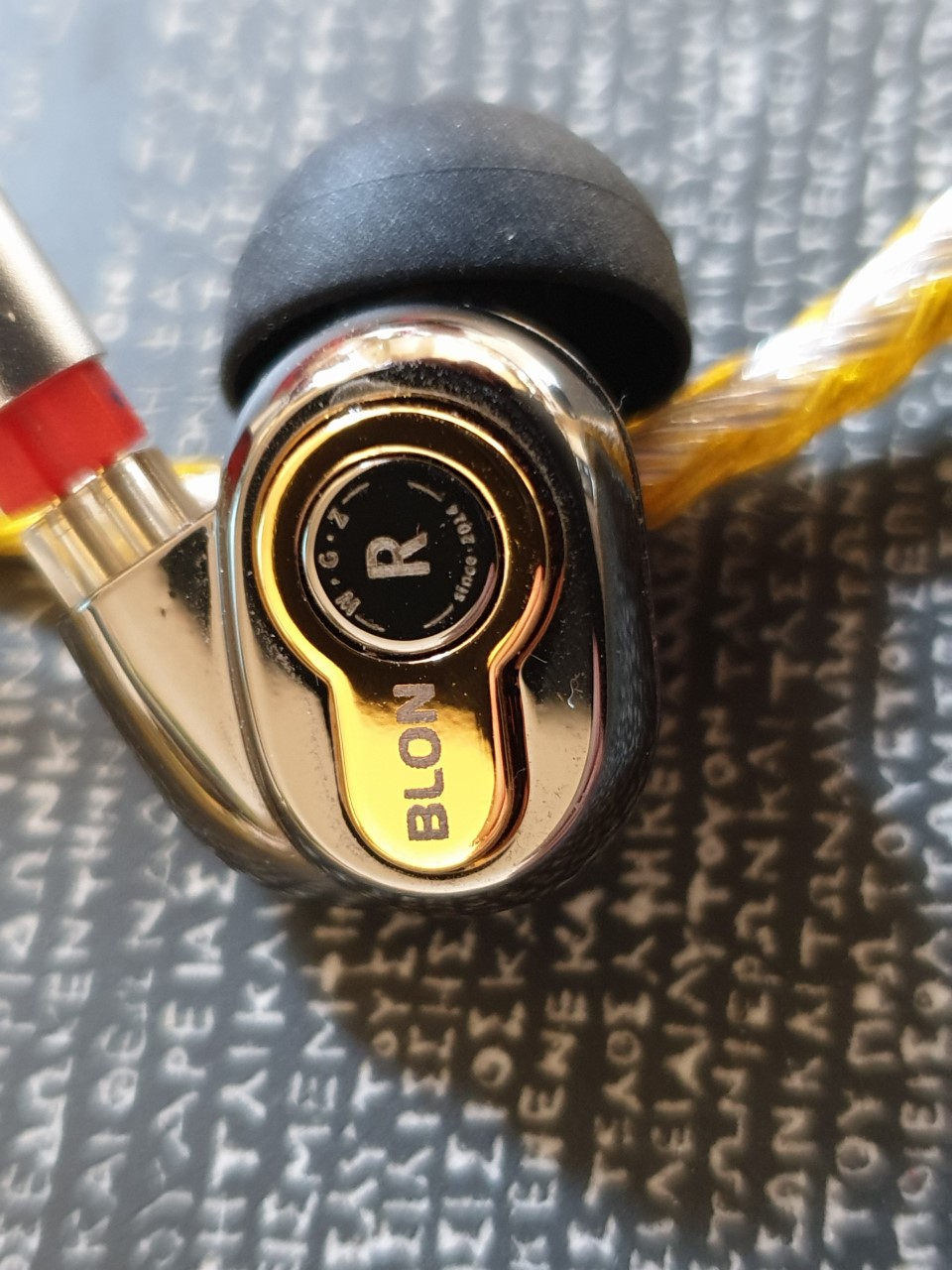 The one caveat is for detail junkies, remember this is a DD driver and will never give the detail of many BAs. On the other hand other BA IEMs can never match the timbre and tone of the Blon 03 and Blon 05.
Last edited: May 8, 2020
"Great compassion
penetrates into the
marrow of the bone."
NAGARJUNA
Share This Post
Reactions: SoundChoice, jeejack, FSTOP and 12 others
You must log in or register to reply here.
Share:
Facebook Twitter Reddit Pinterest Tumblr WhatsApp Email Link