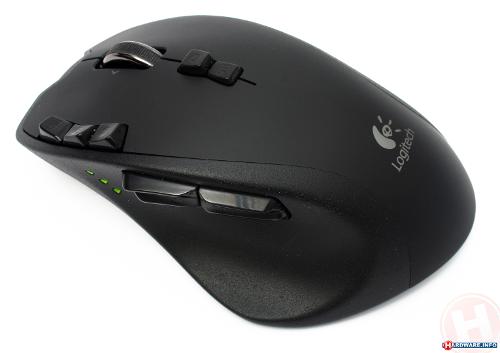 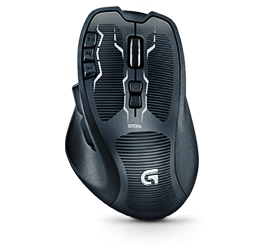 See full thread gallery...
You are using an out of date browser. It may not display this or other websites correctly.
You should upgrade or use an alternative browser.
Best gaming mice
N

This is my list of the top 10 gaming mouse which I have personally tested.

I haven't tried all of them, but for those i have tried my absolute favorite was the Razer Mamba no doubt, especially with the lift of distance spec. For me it fits perfectly, and when you're done gaming, it's nice to have a wireless mouse. Atleast thats my experience.

Only used 2 from your list, having the TT sports element as my favorite.

I mainly use a Razer Deathadder and Logitech G400. They are both perform pretty well.

Razer has some quality issues though, both me and my brother's started to double-click on a single left click after a while, and they will only give refurbished replacements if they do. My brother had to go through their RMA process a few times before he got one without that issue... needless to say, I will probably avoid their products from now on.

The Logitech G400 I haven't had for too long yet, so I can't comment on its durability. It tracks very well though, as well as any other mouse that I've had. And it is fairly lightweight, which I value very highly. The middle mouse click on mine is quite deep though, which can be annoying if you need to use it often.

I also have a Logitech G700 that I haven't really used. When I tried it though, it was very heavy compared to the ones I've used in the past, and I wasn't too accustomed to it.

Not too many choices for us lefties, so I used to use ambidextrous mice. Then Razer came out with the left handed Mamba - been my gaming mouse ever since then.

Only the TT sports black on my list. It does the job.
Modified Fostex T50RP (Mad dogs)​
Schiit Magni/Modi​

Rat 9 is my vote. By far the most comfortable for the big handed.

I started with the G500, but I have sweaty hands while gaming, and picked up the BE. It's texture really helps me with long sessions. I only play Borderlands 2 and TF2 on PC, so I don't need tons of buttons. I never use the thumb buttons anyway, too weird and horribly placed for my grip. The cable on the G500 is bullet proof, pretty much, which makes it hard to route, and look neat. Just a pet peeve.

I started with the G500, but I have sweaty hands while gaming, and picked up the BE. It's texture really helps me with long sessions. I only play Borderlands 2 and TF2 on PC, so I don't need tons of buttons. I never use the thumb buttons anyway, too weird and horribly placed for my grip. The cable on the G500 is bullet proof, pretty much, which makes it hard to route, and look neat. Just a pet peeve.

i have the deathadder black edition and I find I sweat alot with it
but its comfortable and the placement of the forward/back buttons are well placed for me
after 2 years of use, still works great

I have owned Logitech MX-518 and I must say I love it to bits. It is definitely the one and only choice for budge gaming mouse.

I use the CM Storm Xornet and for a budget mouse it really does the job. A decent selection of DPI choices, some extra buttons and it really conforms to my style of grip. You can't beat it for the price.

Of the mice I have used:

One thing to keep an eye on here is what games you play.

I have a massive pet peeve for devices that have a very (Large/Long/Bad) lift-off distance. When playing FPS games I constantly pick up my mouse and reset it to the middle of my pad. (I don't use a pad, but whatever).

For this reason I cannot use the Naga, and a few other models. I use a razer imperator. (Old model for now) I've tried 3-4 other "newer" more expensive models and always go back to the imperator because it favors my grip and "lifting" issues.

If anyone doesn't know, this basically means that when you pick up and put down the mouse, it moves the cursor on the screen. This can be VERY annoying for twitch gameplay. For me it makes many devices unusable.
You must log in or register to reply here.