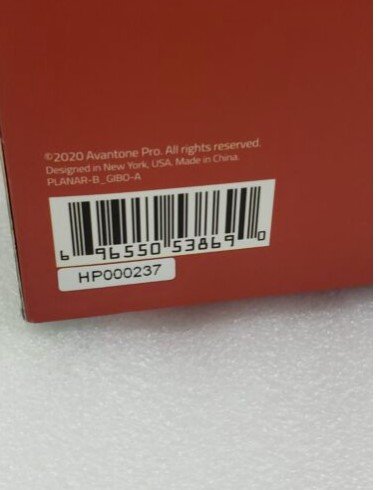 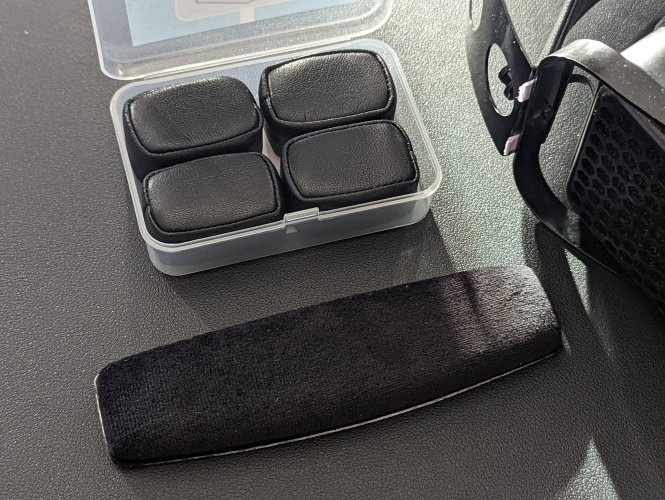 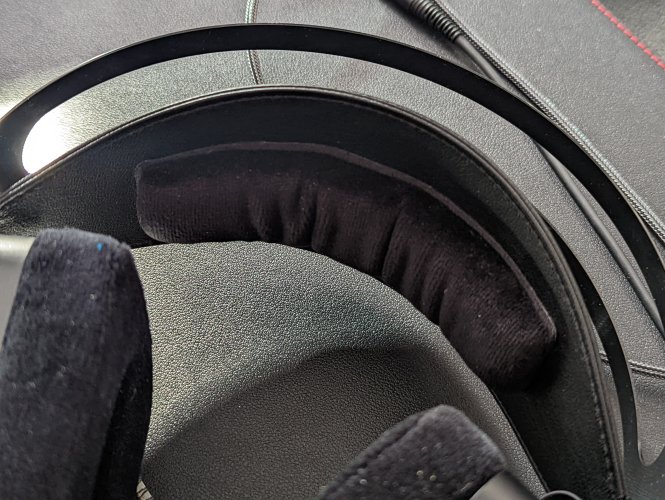 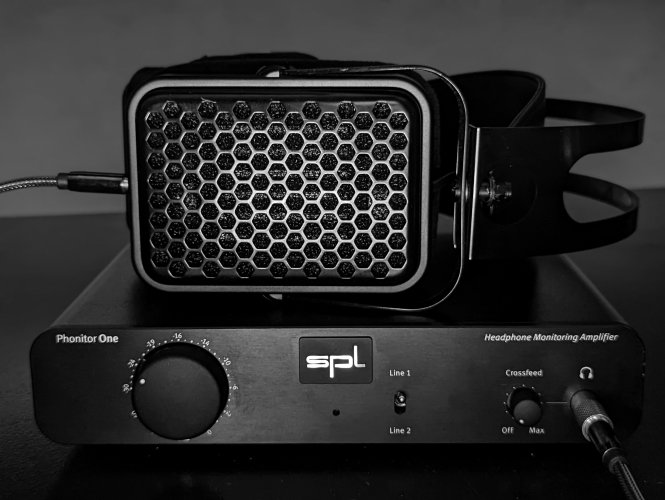 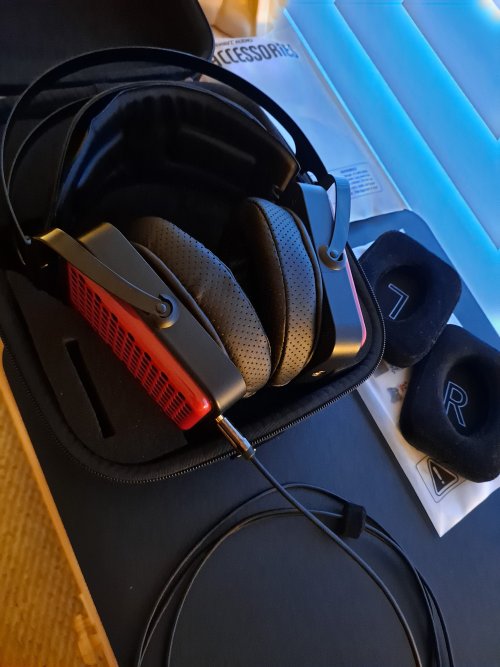 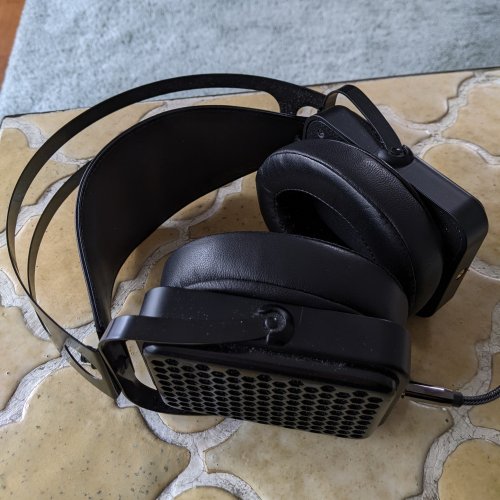 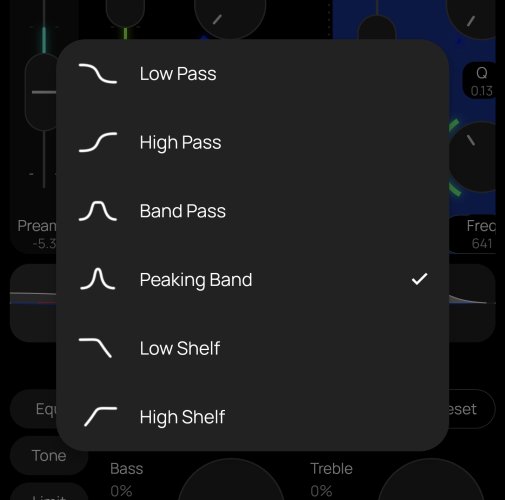 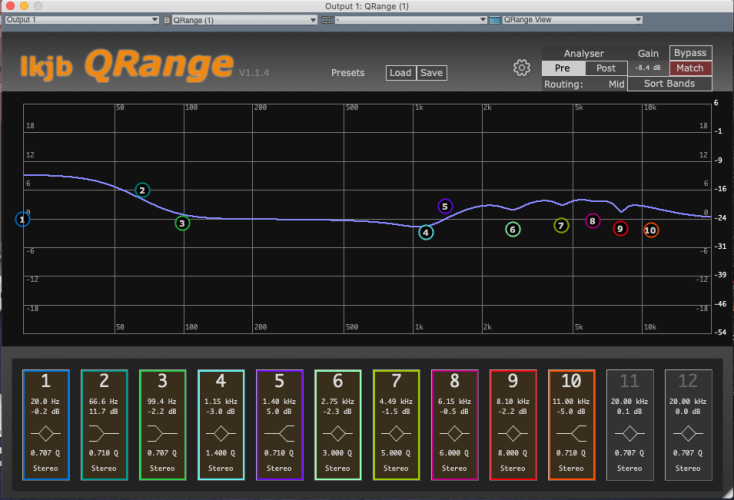 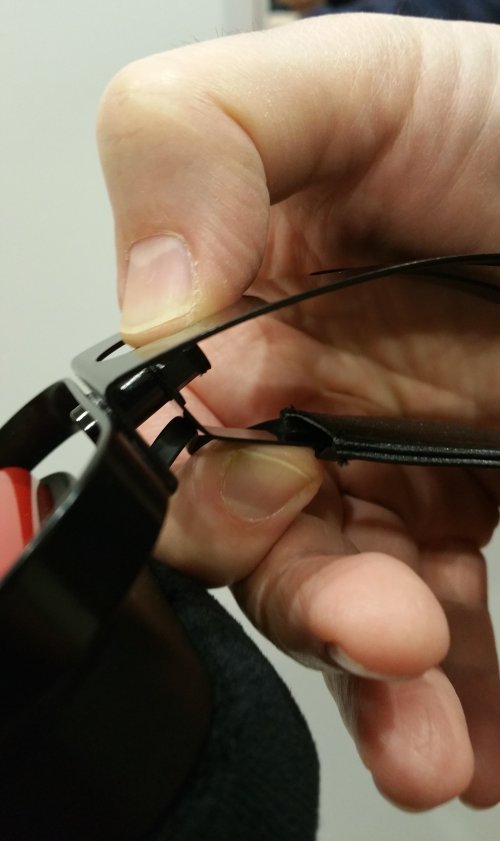 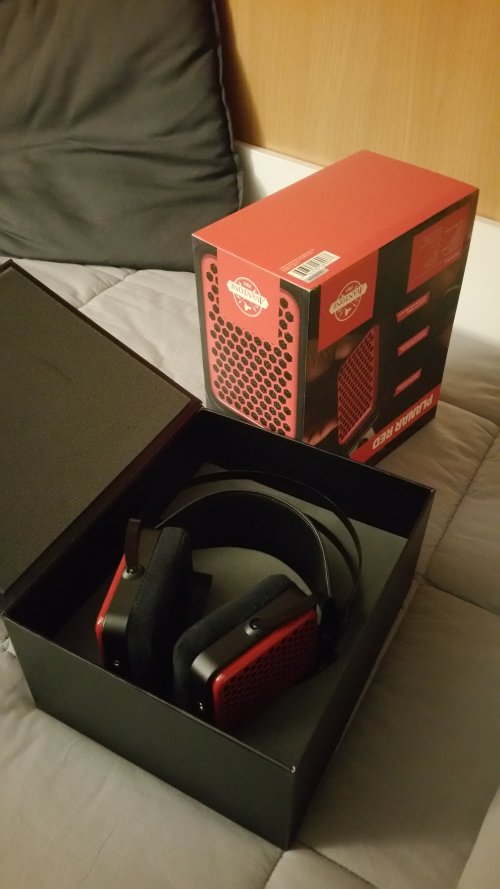 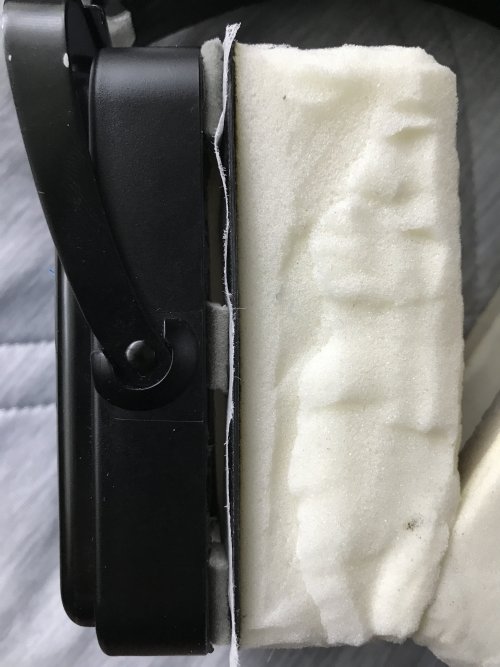 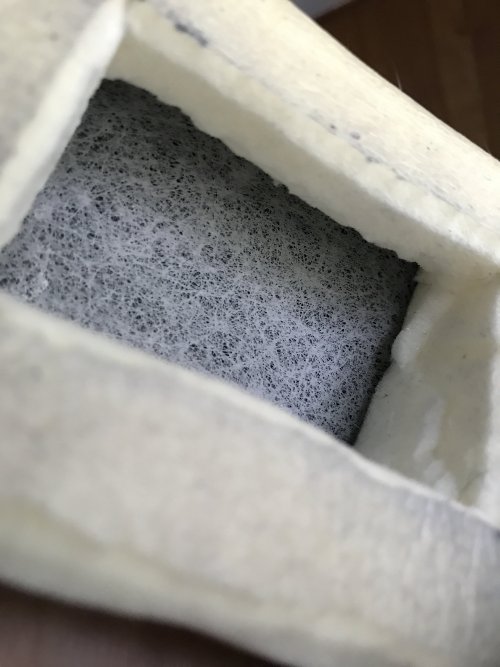 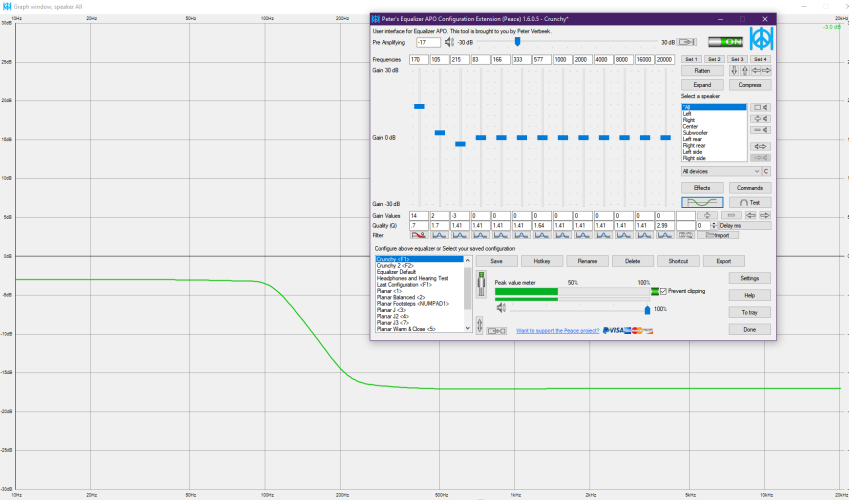 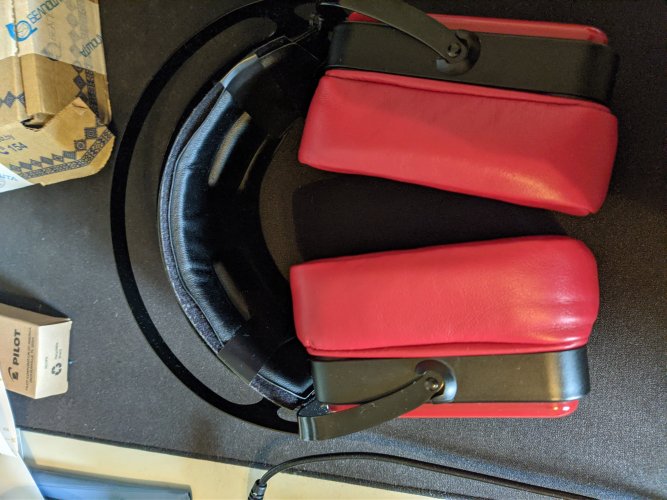 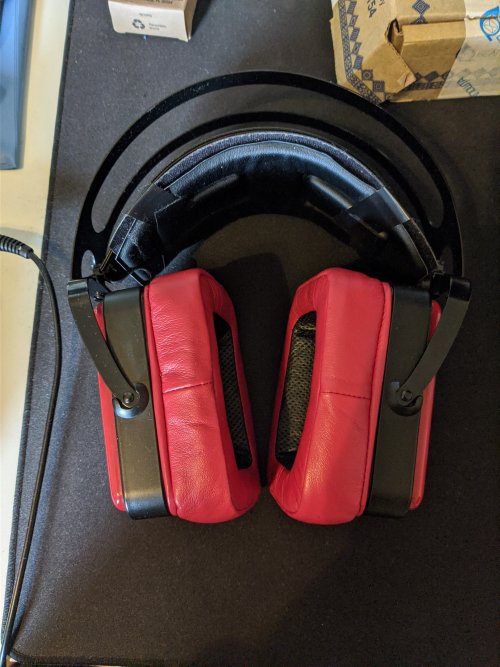 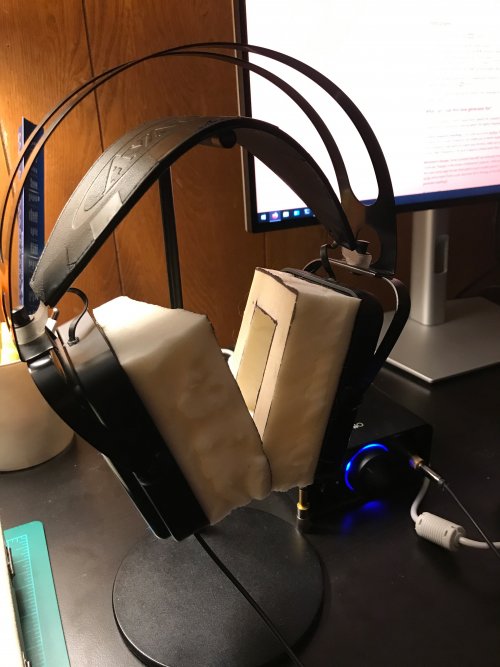 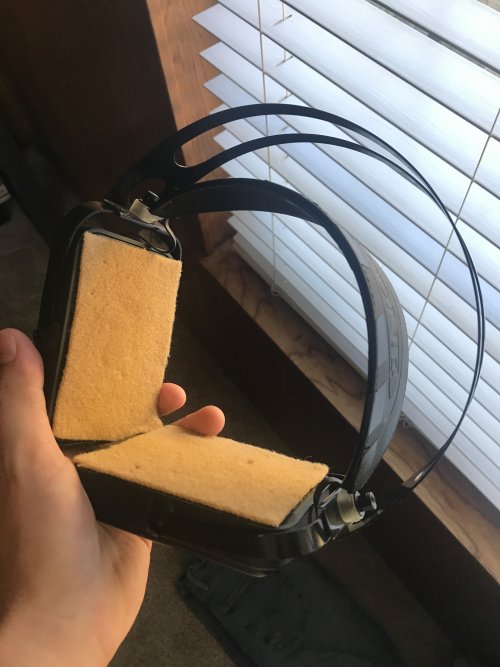 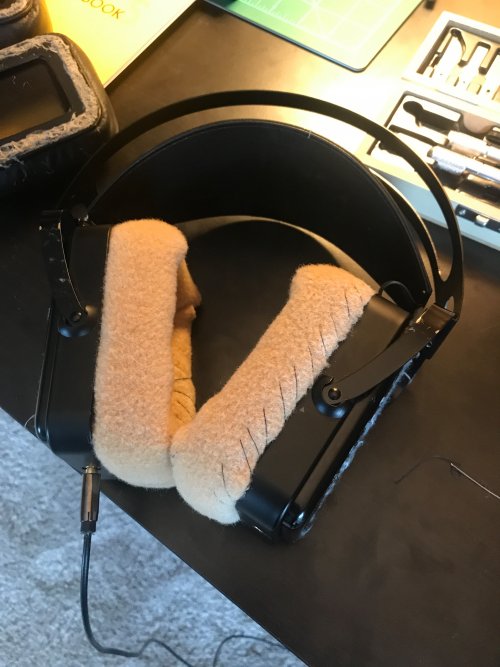 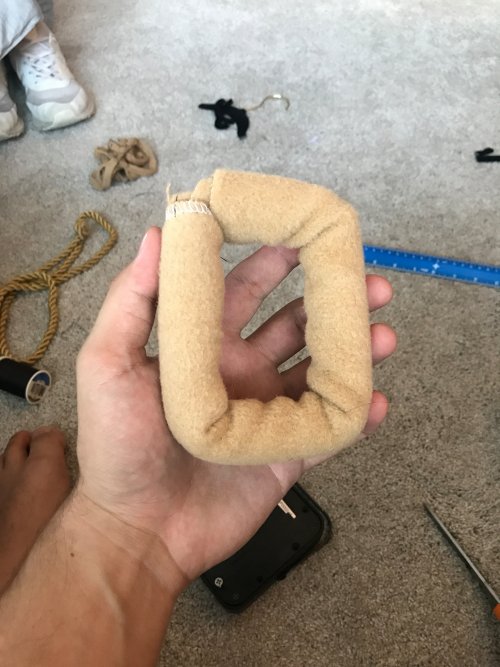 You are using an out of date browser. It may not display this or other websites correctly.
You should upgrade or use an alternative browser.
Avantone : Pro Planar
J

WyldRage said:
Man, that sucks, hope you can get a reimbursement.

Well, that settles it for me. I'll be testing against my old LCD-2, then I'll return them. They have a nice, balanced sound, but they will break sooner or later: that metal piece holding the strap is so flimsy it's ridiculous!

Let us know how the Elex is! I'm tempted with the sale, but I ended up getting the Sundara for $320 with the Hifiman black friday coupon this morning (I need to return the ones I have due to the driver issue). But, for me, the next step up from the Sundara has always been the Elex. Curious to hear how it compares between the two and how much of a difference there is.

I was also looking at the HE-6SE from Adorama, but frankly, I have enough Planars for the moment and I wanted a nice Dynamic headpone.

It's not the metal piece holding the strap that is breaking, it's the tension strap itself which is plastic. Hopefully Avantone will redesign and replace the strap.

I think I will at some point remove the velcro from the baffles when I order my custom pads. I think good seal is more important than we realize on this headphone.
Avantone Pro Planar | Monoprice M1060 V2 | Koss KSC75 | Bose QC 35 | Bose SoundSport
Fiio K5 Pro | Apple Dongle​

Okay, my headphone is fixed. I hope these 3D printed parts don't break.

Here are some EQs generated via AutoEQ

- ATTACK: the AFC has stronger transients it seems: I can clearly hear the pluck of string and the strikes on the drums.
- TREBLE: AFC has slightly clearer highs.
- COMFORT: man, that Aeon is great here... except when it's hot!

+ MIDRANGE and BASS: the Planar has better definition in the bass region, and richer midrange.
+ DETAIL RETRIEVAL: the Planar is better for critical listening and during complex passages.
+ SOUNDSTAGE and IMAGING: even if the AFC sounds remarkably open for a closed headphone, it is still a closed headphone. The Planar is wider and has better instrument placements.
+ DYNAMICS: I can hear changes in sound level (crescendos and the like) better with the Planar. It also can dig deeper for background sounds.

CONCLUSION: Well, it's never a fair fight between closed and open headphones, but I wanted to check, since the AFC Re-tuned is my favourite closed headphone, and it did not disappoint. The Aeon has a livelier sound, with great transients (though the filters will alter the sound), while the Planar is more laid-back and is better for critical listening. The highly recommend the Aeon Flow Closed Re-tuned if you are looking for a closed headphone, especially since they are on sale right now...
Last edited: Dec 2, 2020

- BASS: if there is one thing the LCD-2 was known for, back in the day when it had just been released, it's the quality and extension of its bass. The Planar comes very close, but the LCD-2 has it beaten here.
- VOCALS : the LCD-2 presents vocals forward in the mix. Together with the bass, it can make slower, vocal based music sound really rich and passionate.
- SOUNDSTAGE: the LCD-2 sounds cavernous by moments, especially for bassy music. You can feel the sound enveloping you.

+ ATTACK: the Planar takes the cake here. The LCD-2 lacks punch in comparison.
+ TREBLE: the Planar has better and more extended treble. LCD-2 always sounded slower because of a slight lack in treble.It sometimes feel like the music plays at a slower speed with the LCD-2, shifting sounds lower than they should be.
+ IMAGING: I can pinpoint sounds better on the Planar, however the LCD-2 performance depends on the sound itself. High sounds (treble) are hard to pinpoint and slightly dampened, while lower sounds (bass and midrange) sound clear and easy to pinpoint.
+ INSTRUMENT SEPARATION: Definitely a strong point for the Planar vs the LCD-2. The latter really sound congested in complex passages, and some sounds, especially in the treble range, can be hidden by the rest of the frequency range.

CONCLUSION: To be frank, the Avantone feels like an upgraded LCD-2: it sounds faster, clearer, with better treble extension and presence, and a more neutral sound. The LCD-2, on the other hand, sound really rich in the bass and for vocals, which can make it an interesting choice for slower, vocal based music. For metal and progressive rock, however, the Avantone Planar has the LCD-2 beaten. If I was choosing between the two, the Planar would win hands-down (durability worries aside).

Here is an EQ that has been made by Oratory and I fine tuned the treble so it can have just a touch more energy. Try it out. I'm pretty sure most people will like it

I've noticed this EQ really brings out the details but also makes the Planar as a whole sound so much more natural, vocals are spot on, low end has great impact and treble has great air and energy with very good extension on both ends. Literally feels like every thing on the Planar just became that bit more better, transients, speed, dynamics, clarity, lows, mids, treble, soundstage, imaging. All just sounds so much better with this EQ
Last edited: Nov 28, 2020
V

Here are the setting based on Oratory1990 profile. I've not tried it yet.
https://github.com/jaakkopasanen/Au...tory1990/harman_over-ear_2018/Avantone Planar

vaxoid said:
Here are the setting based on Oratory1990 profile. I've not tried it yet.
https://github.com/jaakkopasanen/AutoEq/tree/master/results/oratory1990/harman_over-ear_2018/Avantone Planar
Click to expand...

The AutoEQ profile is slightly brighter than the official Oratory EQ. I do feel like the bass is slightly less bloated for the AutoEQ one though.
Avantone Pro Planar | Monoprice M1060 V2 | Koss KSC75 | Bose QC 35 | Bose SoundSport
Fiio K5 Pro | Apple Dongle​

Heldaeus said:
The AutoEQ profile is slightly brighter than the official Oratory EQ. I do feel like the bass is slightly less bloated for the AutoEQ one though.
Click to expand...

Can you try my eq but put the low shelf at 85hz and then compare with the Auto EQ?

Heldaeus said:
The AutoEQ profile is slightly brighter than the official Oratory EQ. I do feel like the bass is slightly less bloated for the AutoEQ one though.
Click to expand...

I feel the bass bloat is because the low shelf starts at 105hz. I think 85hz or 80hz is better.

So I did a cool thing.

And that led me to this. Creating my own custom EQ target that follows the general trend of the Avantone Pro Planar's own FR. It should be noted that I didn't have much in terms of methodology for creating the target curve other than following the peaks of the raw FR.

What do y'all think?

EDIT: In the .txt file "#" means that filter is turned off. 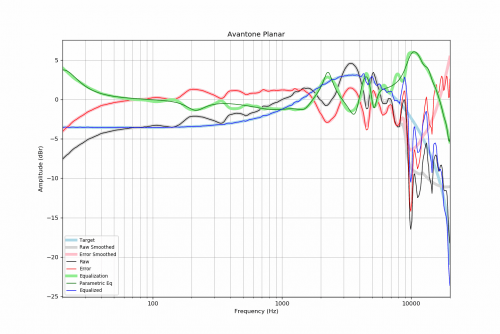