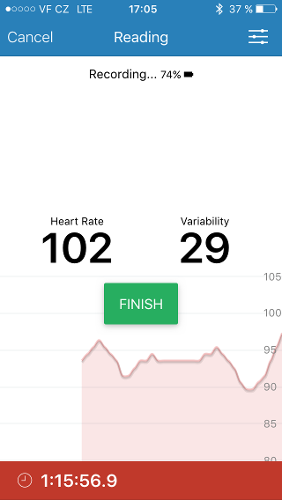 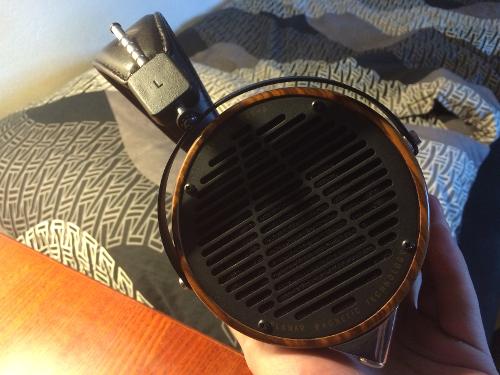 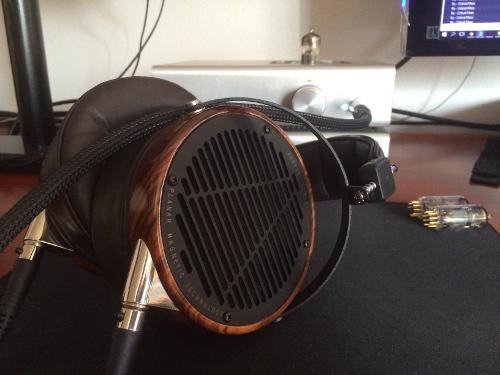 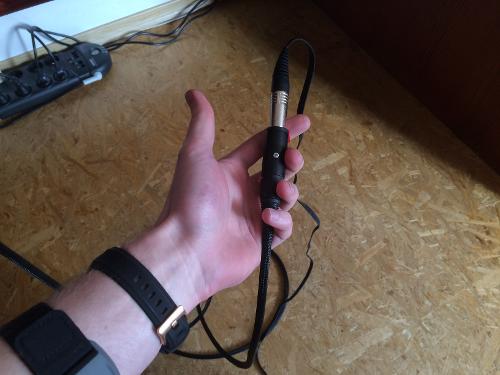 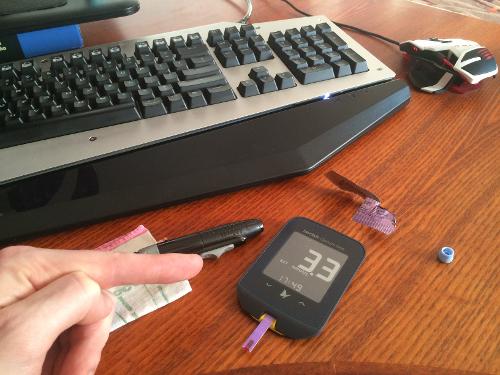 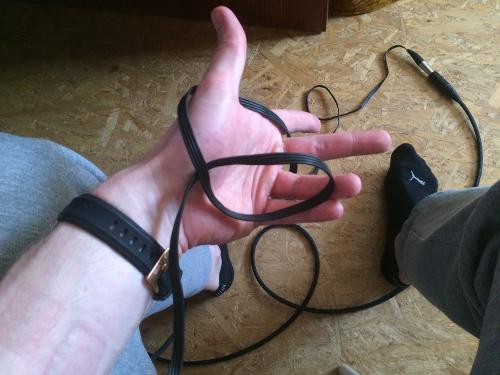 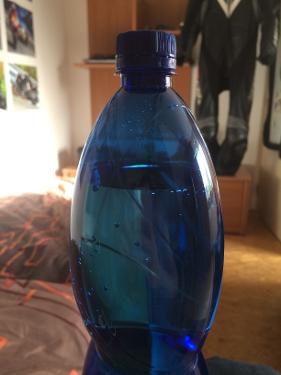 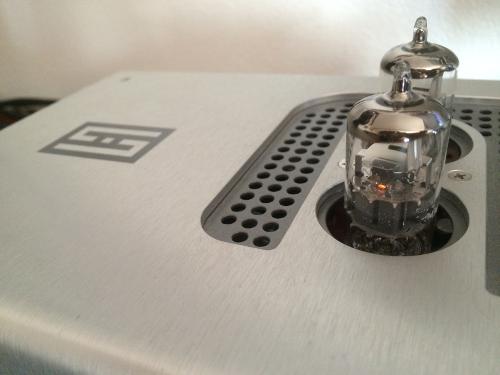 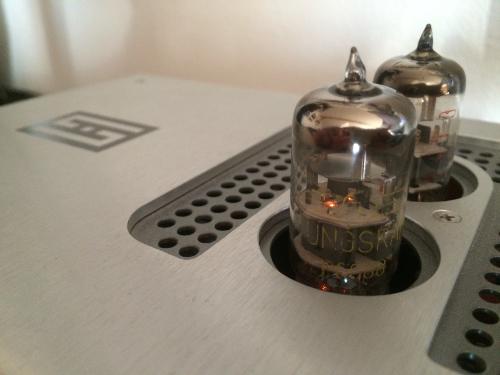 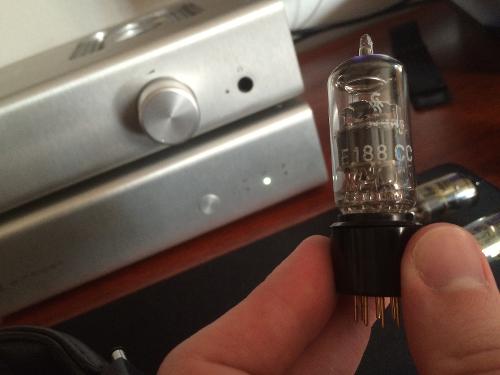 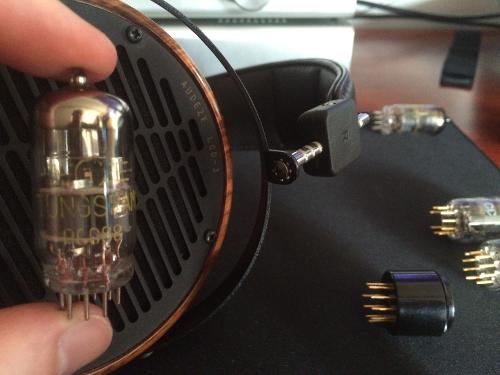 You are using an out of date browser. It may not display this or other websites correctly.
You should upgrade or use an alternative browser.
Audeze LCD-3F, Aftermarket Cables, Tubes & Communication with Aliens

this may a be a little different post than most of others, because of my poor writing skills (never actually tried to write post like this) and use of drugs, which is still probably bit controversial topic. But I feel like my experiments and ideas may be of some use to others so I'll give it a try

So I finally decided to burn the hole into my wallet and buy Audeze LCD-3F, headphones I was thinking about for over a year. I've found nice deal on these babies here on Head-Fi, PM'ed seller (donkeanu, great guy to trade with !), everything went incredibly smoothly and before I knew it I had them in my hands and soon enough on my head. Minute of listening went by and I was shocked, this is worth every penny, was thoughts going through my mind. Describing in long paragraphs my feelings about bass, mid's and treble is beyond my capability, so I will opt out for shorter version of my overall thoughts on LCD-3F. - Bass is just incredible, I've never heard anything like this and I've had LCD2.2 for about year.
- Mids are exactly what I was looking for, crystal clear with tons of energy to it.
- Treble is where some head-fiers might not be completely happy, since it's not really forced and it's not presented in huge volume. As for me, I just love it this way, clean, energetic, but never harsh, always smooth.

To sum it up, I love LCD2.2, HD650, K712 and many others, but they all still feels like listening to headphone. LCD-3F is very different to me, it's like tripping, I can lay down listen to it for few songs and I get lost in it, feeling of body goes away, it's just music and energy. Now, this is where it get's probably bit more interesting. Since I got these cans, capable of generating high without use of psychoactive substances, I got obsessed with aftermarket cables as a final piece to my audio puzzle for now. Which one do I get ? Is it really going to magically improve sound ? Make sound stage more holographic, bass incredibly tighter and mids clearer than words of bible ? Isn't 300 dollars bit too much for a cable ?

This had to stop, either I buy the damn cable or not and that's it. I just wanted to be done with it.

Idea came to me today, I've received extension cable to LCD2.2 and never actually used it. The idea was that if I won't be able to hear difference between original cable and original cable plus pretty long extension cable which I guess should deteriorate sound somehow, than 300-500 dollar artificial inteligence infused cable with 7x383 nano wires blessed by mystical elves won't really be noticeable in the end to my ears. Plus I would probably also have to buy the same nano cable made in secret Crytek lab for RCA interconnects, because what use would be perfect cable in the end of chain if there was just normal decent cable taking signal from Bifrost Uber to Lyr ?

Also I don't think Audeze would supply crappy cable to the 2000$ headphones and Schiit Audio also seems to be joking a little about cables. Since the most important part of the audio setup to me, is the final receiver, to be specific my ear which somehow converts the audio into unknown whatever which my mind can understand, I had to start here. Best way I know about, to increase one's hearing to pretty high levels are psychedelics. Second best option to get clarity of mind and focus is in my experience state of deep ketosis or just fasting. Since I'm already in ketosis, lucky me ... I've ate my last meal around 10 am and than at 2 pm had a drink with 5 grams of dried psilocybin mushrooms (pretty hardcore dose for inexperienced people, so do not try this at home I guess) and went ahead with testing. What I've found was surprising even to me. I have to say that I was truly focusing on being as objective as possible, trying to remove bias as much as I could, if it makes any sense

After over hour of switching cables I've came to conclusion that I don't hear any difference whatsoever. In plain words, it was absolutely awesome in both cases and I wasn't able to point out any differences. Therefore if I decide to buy a aftermarket cable I'll probably decide on looks, comfort and durability, because unless I would buy some absolutely terrible cable I wouldn't probably notice any difference in sound.

Interesting example I've found to approximate how well one perceive sound under huge dose of psilocybin is this picture ... I'm pretty sure it will sound crazy to those who have no experience with psychedelics, but I could distinctly hear the small bubbles poping on the surface in the bottle of lightly carbonated water. It's way beyond what I would describe as perfect normal hearing.

What I'm trying to say with this is that if I don't notice extra 2 meters of some no-name extension cable in my chain under massive dose of psychedelics, than what people get from expensive aftermarket cables is most probably huge placebo effect or there has to be much better DAC and AMP than those I've used. (Schiit Bifrost Uber - Optical & Schiit Lyr)

When talking about placebo, I've heard many people saying tubes are all the same and it doesn't alter the sound. Well I was already in a camp of tubelievers, but I decided to give it a go also, under this "altered state of mind". Results was same as those in normal state, tubes do sound distinctly different to me, but it doesn't have to be expensive unique rare tube to sound great. I have fancy gray shield E188CC Siemenses from 1950-60's ... and they just don't have the "tap dance factor", which cheap Tungsrams have. When I roll the Tungsrams I want to dance, there is more richness and dynamics, I'm easily zoning in the music, but Siemenses don't produce this effect for me. In the end I would like to say that I describe myself as very detail oriented listener and person in general, so I didn't test this with "I'll listen a little and see" attitude, but "I trully want to know the objective answer".

Oh and I dare to say that listening to LCD-3F is better than communicating with autonomous entities.

I'm very interested in experiences you guys have with different cables, please let me know what you think about this topic and I hope this wasn't too boring read

As a bonus, my heart rate in the middle of Little Dreams by Ellie Goulding. Congrats on the LCD-3's, but you should've stuck with drugs to enhance the soundstage.

I love you post! I appreciate the effort and determination that went in to this experiment and, possibly, putting your sanity on line all in the name of empirical research that benefits us all. Happy listening, with or without added enhancements!

riverlethe said:
Congrats on the LCD-3's, but you should've stuck with drugs to enhance the soundstage.
Click to expand...

Thank you. Yes, I'll probably stick with it for occasional special listening session, rather than getting aftermarket cable.

In the end I've decided I'll upgrade Bifrost Uber to Multibit instead of spending 300$ on cable.


delux said:
I love you post! I appreciate the effort and determination that went in to this experiment and, possibly, putting your sanity on line all in the name of empirical research that benefits us all. Happy listening, with or without added enhancements!
Click to expand...

Thanks! Actually I felt like I'm putting my sanity on the line by constantly thinking whether to buy the cable or not, for days ...

Entertaining post! Look forward to more in the same vein

flisker said:
Thank you. Yes, I'll probably stick with it for occasional special listening session, rather than getting aftermarket cable.


In the end I've decided I'll upgrade Bifrost Uber to Multibit instead of spending 300$ on cable.
Click to expand...

I would still go with the psilocybin.

I see what you did there

Shoulda bought the cable, and then tripped out on a couple of handfuls of prunes to clear the system.....

Just becuz Audeze makes good headphones doesn't automatically mean that the cable will be up to scratch.....

wink said:
Shoulda bought the cable, and then tripped out on a couple of handfuls of prunes to clear the system.....  :blink:

Just becuz Audeze makes good headphones doesn't automatically mean that the cable will be up to scratch.....    :wink_face:
Click to expand...

What are you scratching? Even under the influence of psychedelics, the OP is apparently less prone to hallucination.

riverlethe said:
What are you scratching? Even under the influence of psychedelics, the OP is apparently less prone to hallucination.
Click to expand...

riverlethe said:
What are you scratching? Even under the influence of psychedelics, the OP is apparently less prone to hallucination.
Click to expand...

I'm "prone" to hallucinations but, since I did LSD about 30 times and can't even count Psilocybin trips, I can focus very well on the task at hand in these states without being distracted by color changing breathing walls

wink said:
Shoulda bought the cable, and then tripped out on a couple of handfuls of prunes to clear the system.....

Just becuz Audeze makes good headphones doesn't automatically mean that the cable will be up to scratch.....

It wouldn't make too much sense to me, to sell such an expensive headphones without cable capable of delivering maximal performance.

Also, what about the RCA cables argument ? If RCA's stay the same how could last cable in the analogue chain have positive impact ?

I might buy the used cable someday when it's for sale for some nice price, to test it out and be completely sure

​
You must log in or register to reply here.