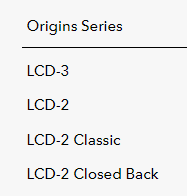 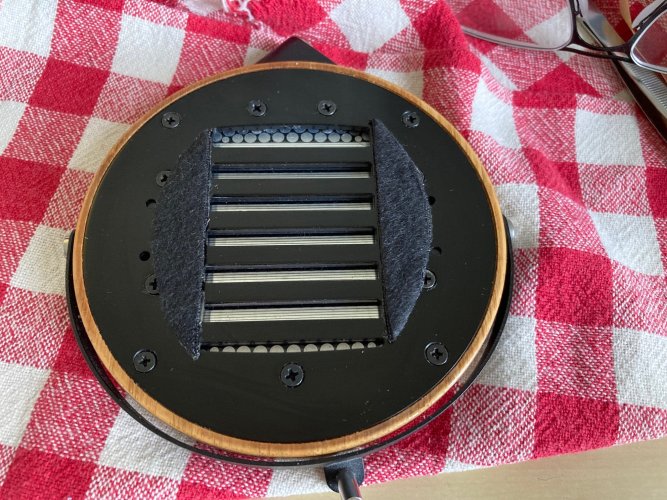 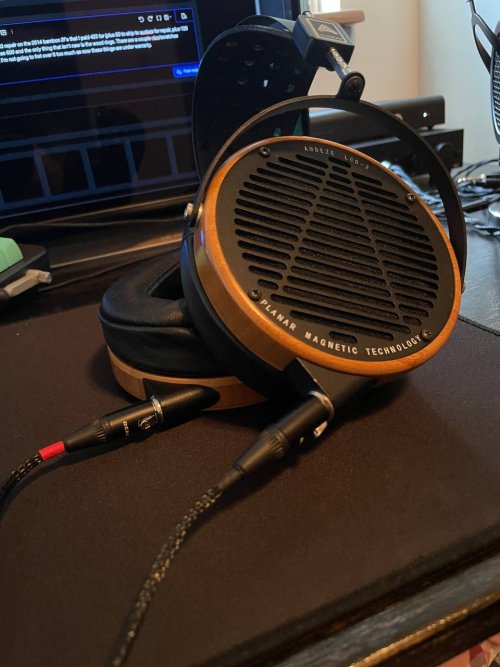 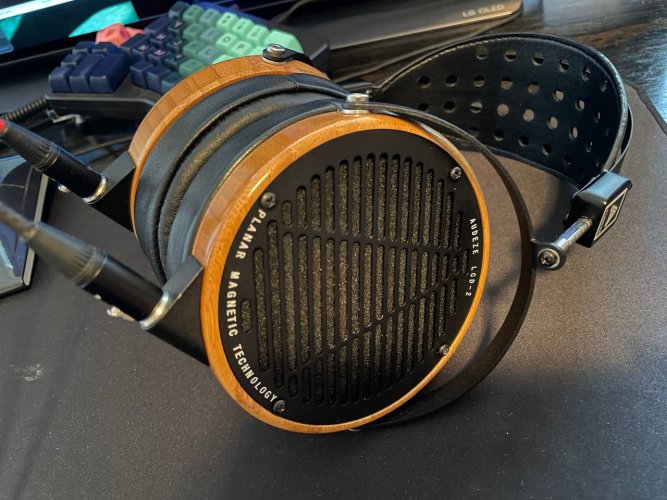 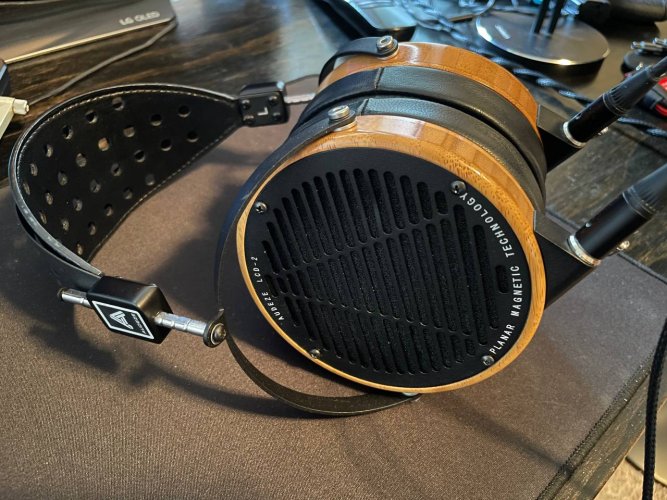 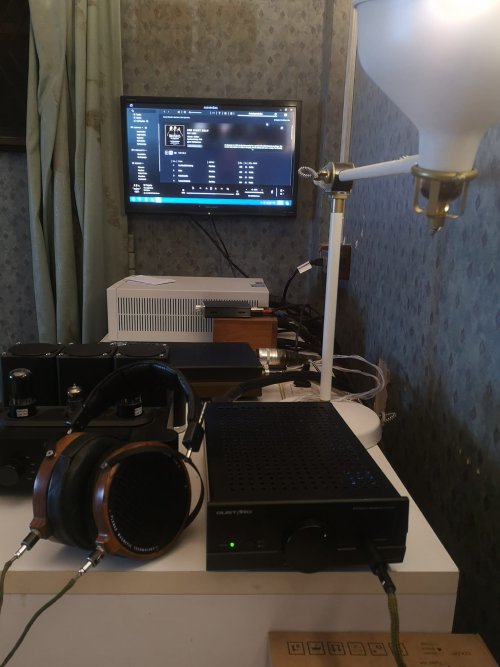 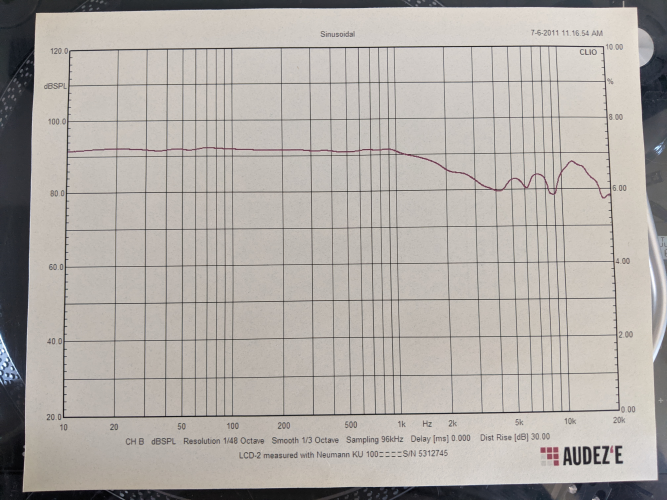 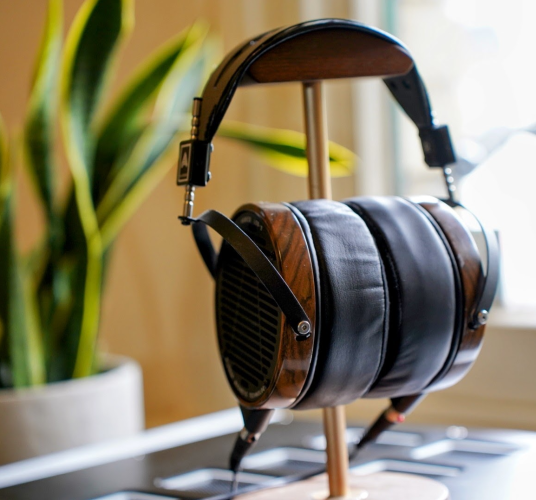 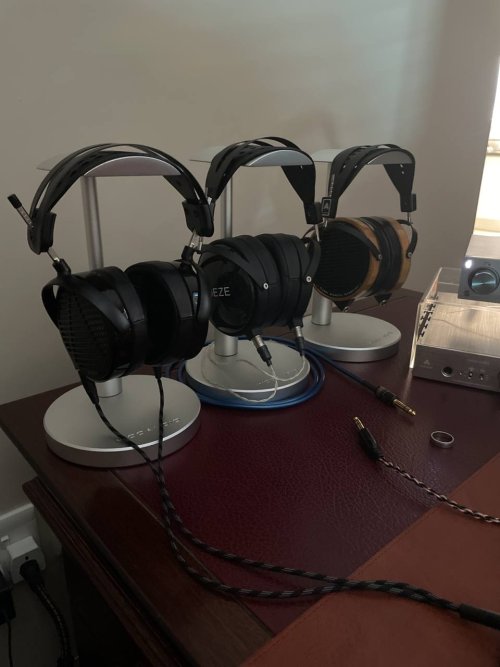 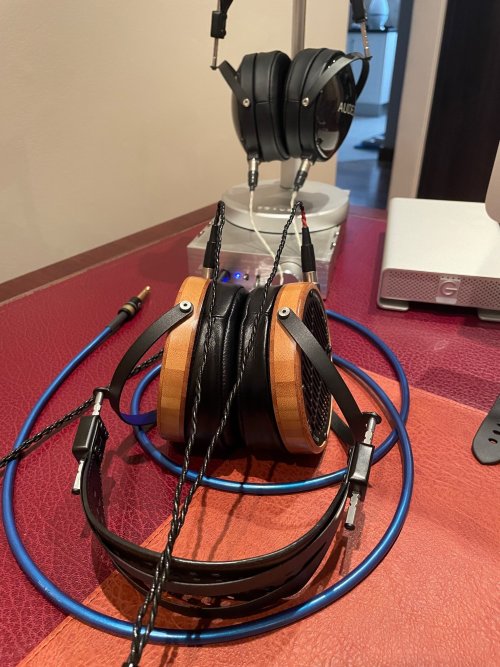 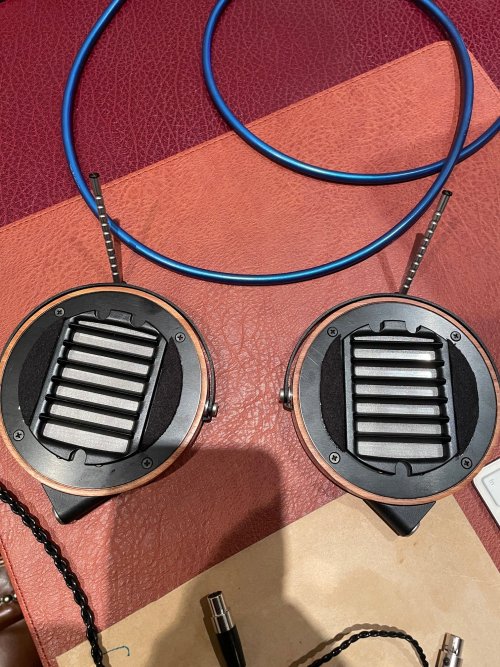 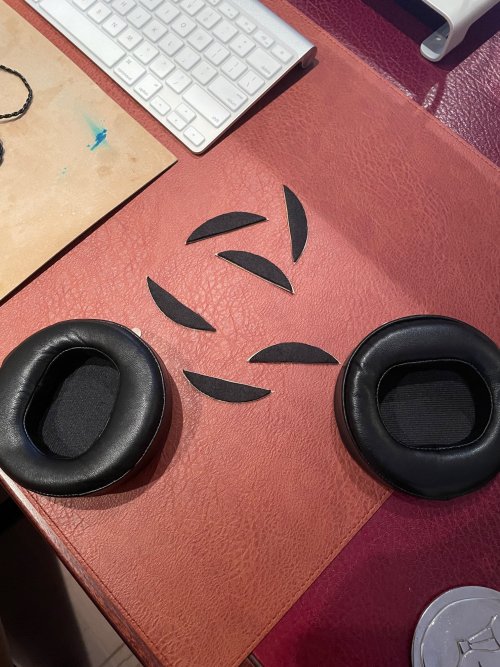 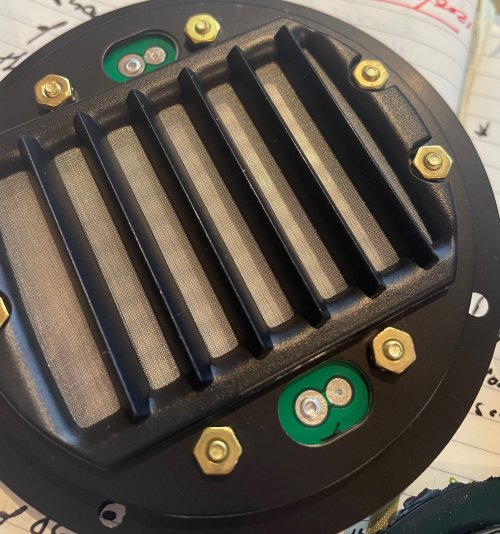 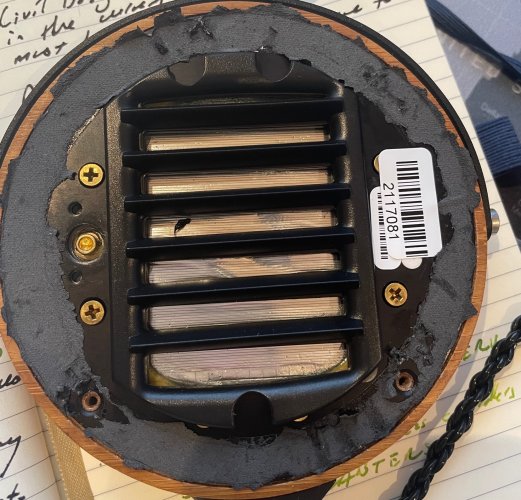 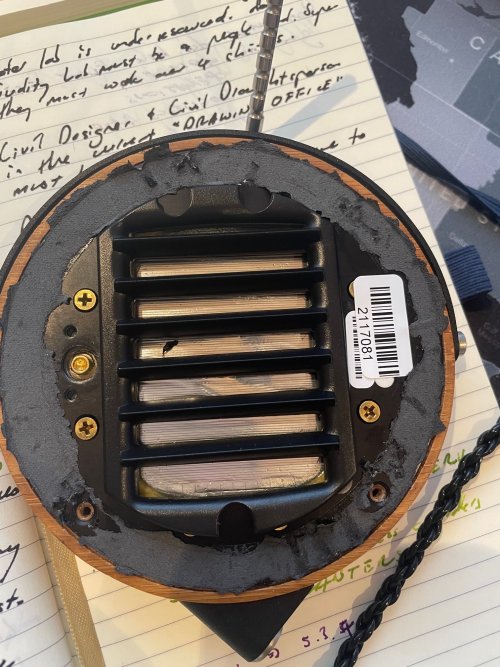 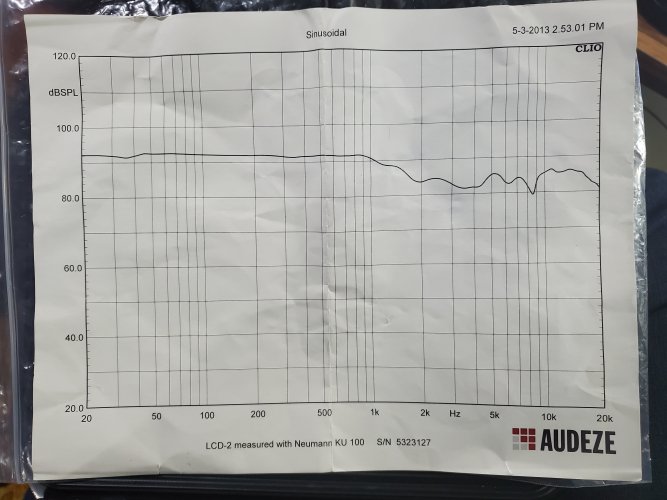 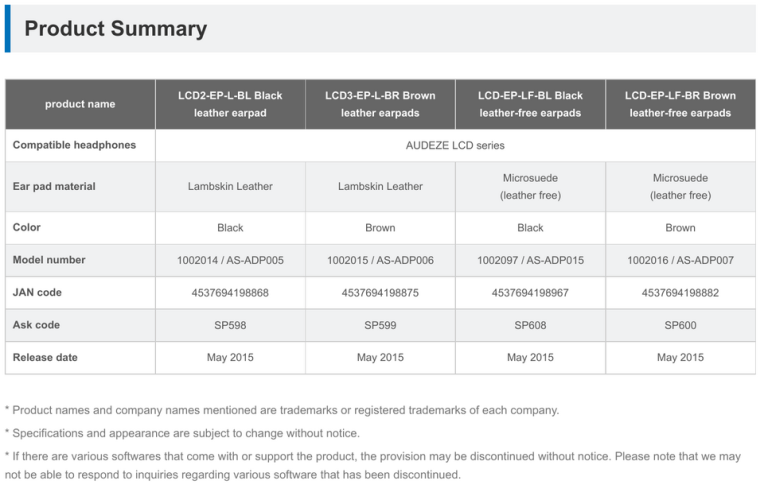 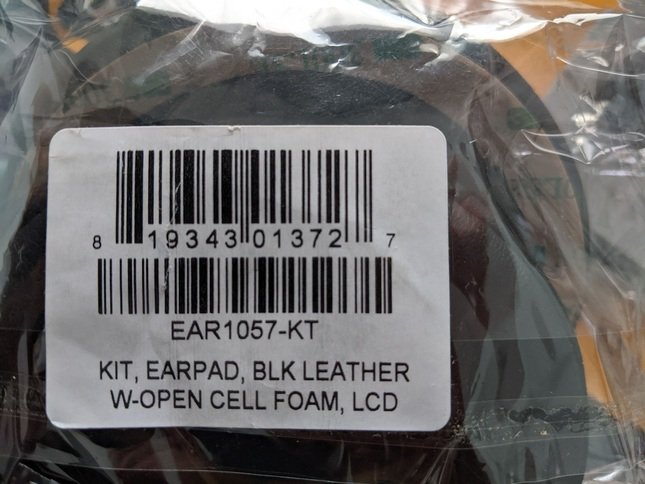 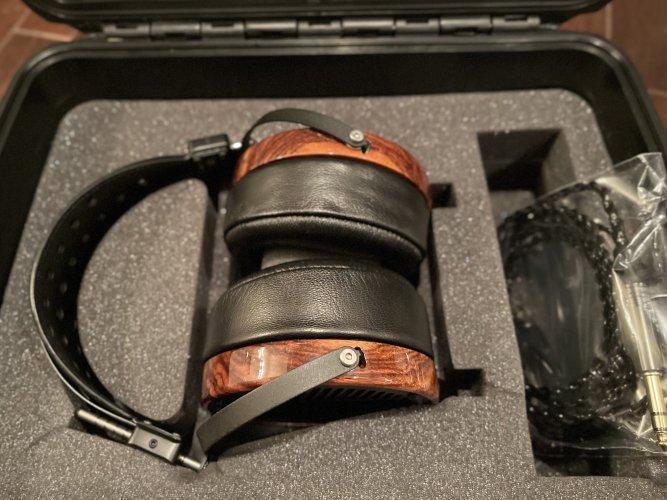 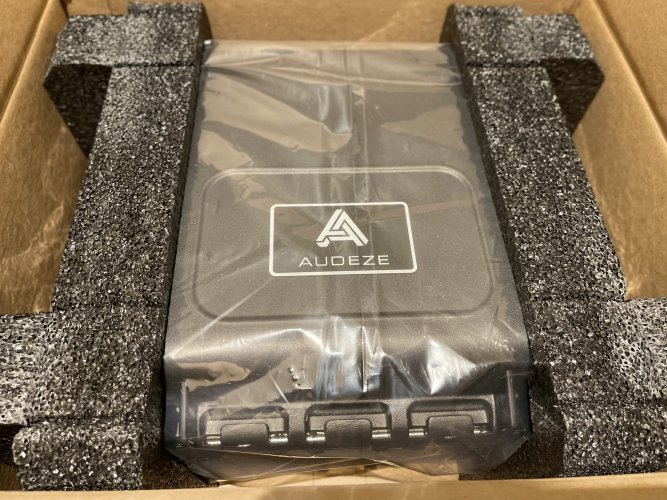 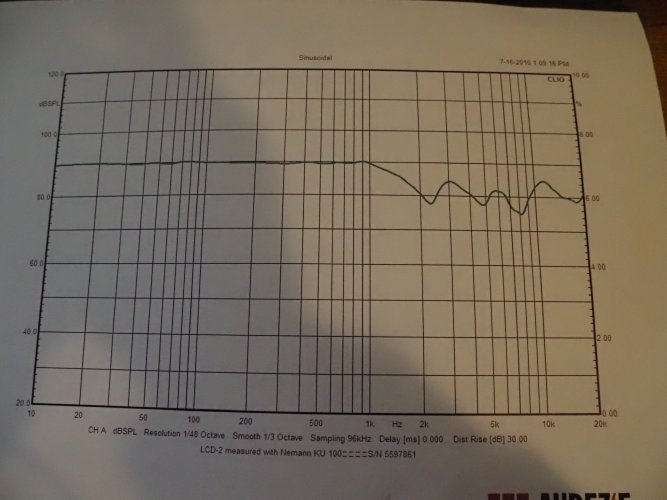 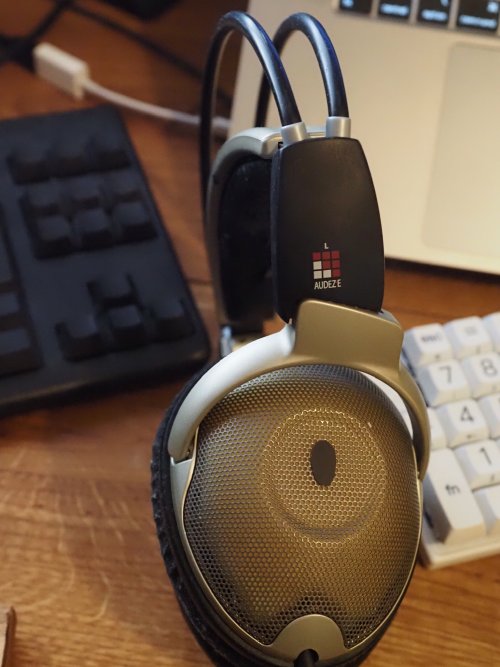 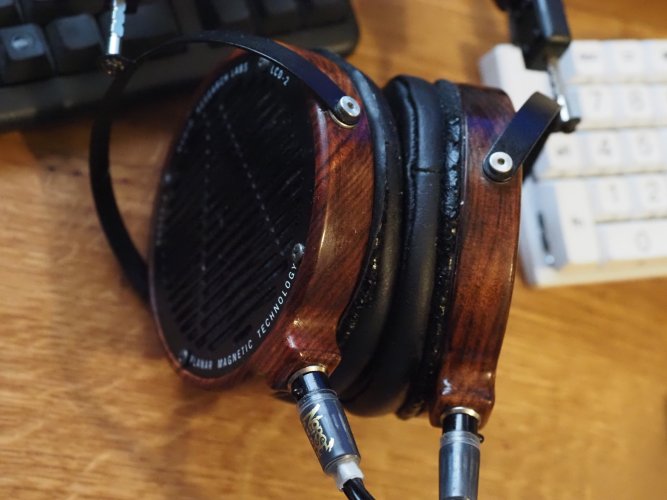 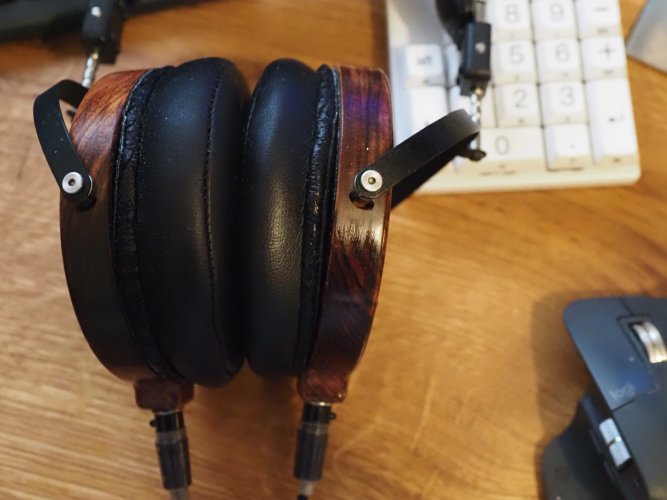 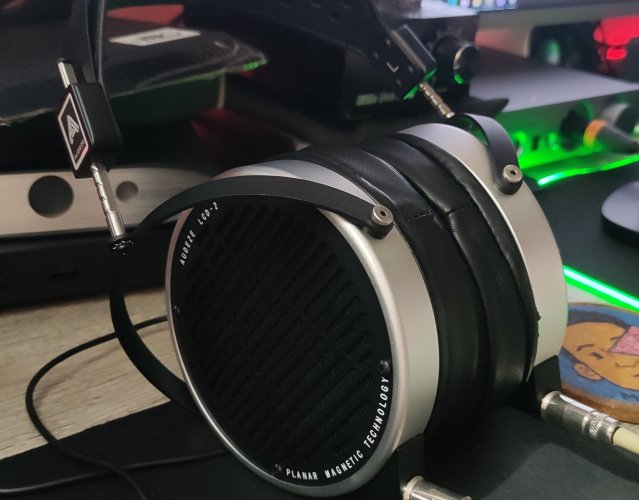 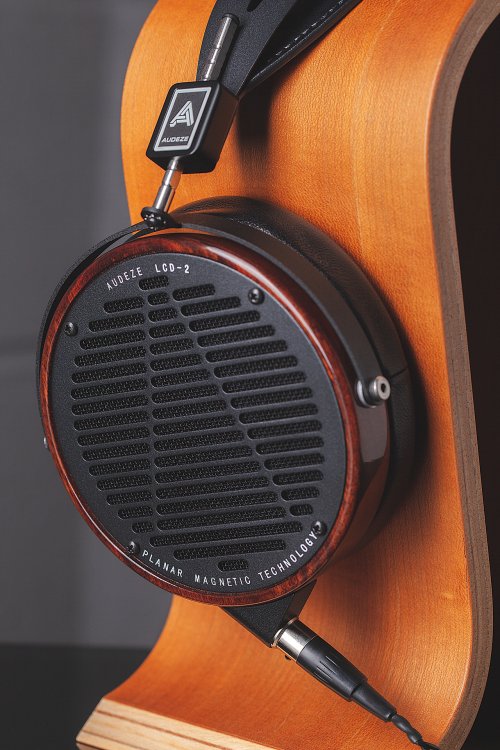 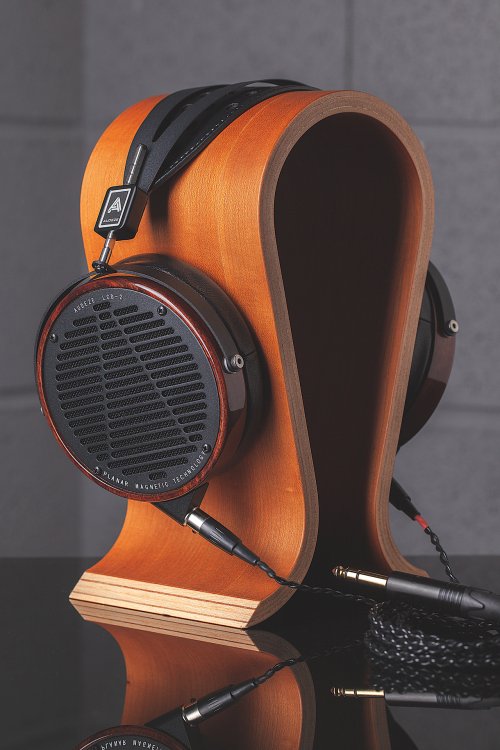 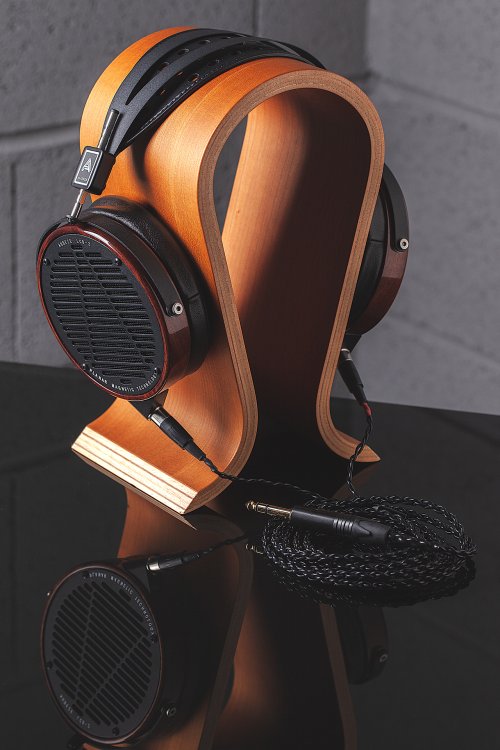 You are using an out of date browser. It may not display this or other websites correctly.
You should upgrade or use an alternative browser.
Audeze LCD-2 Impressions Thread

he certainly does imply that. whats more, i could probably infer two more things;
i) he prefers the pre-fazor LCD-2s. The pre-fazor models retain the signature of Audeze house sound.
ii) the $1k segment of the headphone has become very competitive since the launch (or soon to be released) HE-560 and PM-1 and 2

I think he might prefer the fazor LCD2s.  He says Audeze has gradually improve the sound of the LCD lineup for the better good multiple times in that article.  I think he took the LCD2 off the wall of fame because there's more competition now in that price bracket.
Mr Speakers Ether2 || Audio Technica AD700 || Massdrop PLUS UIEM || Oppo PM3
Schiit Jotunheim w/ Balanced Dac
Magni/Modi vs O2/ODAC
HE-400 vs D2000
LCD-X vs PM-1 vs HE-560

It seems pretty clear to me that he prefers the older LCD2 . Don't know but just guessing. I for one can say that I prefer the older model as well
Semi retired from HF...not responding to PM's.

I was actually hesitant to say it but I thought the HE-400 had more overall bass than the LCD2 when I auditioned it.  I couldn't say it definitively though because at the time they were both amped out of the magni/modi.

Also if he were to prefer the older model LCD2, he would most likely have preferred the older model LCD3s, and he remarks how they lost bass moreso than the LCD2-- at least in that particular model he received.  That didn't stop the LCD3 from being on his wall of fame.  I think it still comes down to the competition in the LCD2's price bracket.
Mr Speakers Ether2 || Audio Technica AD700 || Massdrop PLUS UIEM || Oppo PM3
Schiit Jotunheim w/ Balanced Dac
Magni/Modi vs O2/ODAC
HE-400 vs D2000
LCD-X vs PM-1 vs HE-560

i think in his article he states that the technical capabilities of the fazor lcd-2 is arguably superior to the older ones. but theres a trade off he says; bass for clarity and soundstage, and this is where he exercises his preference.

Yeah I think Tyll cares more about bass than imaging.

I wonder if the HE 560 might replace the LCD 2 on the wall of fame. The HE 560 does appear to be quite interesting, a relatively lightweight/comfortable (apparently) planar magnetic headphone without the acoustic drawback of large magnets.

I hope it's good, some fierce competition between Audeze and HifiMan will only result in better products for us, the consumer

i think if you take the he-560 review/impression thread at face value; depending on the weighing of each category (comfort, treble, mids, bass etc), an educated guess would be that the 560 is more neutral than the its predecessor; and since fazor lcd-2 is heading that direction too, the lcd-2 would probably have an uphill battle against the 560 in terms of neutrality and frequency extension both ways. not to mention 560 looks like the more comfy can.

I wouldn't trade any bass for imaging, Lcd' 2s have just the right amount so less will be a failing imo

tmraven said:
I was actually hesitant to say it but I thought the HE-400 had more overall bass than the LCD2 when I auditioned it.
Click to expand...

I think folks are taking the LCD 2's move off the "wall of fame" a bit out of context. Let's take a look at what Tyll actually states in the review.

"To my ears in listening over the years (I don't have many of the earlier LCD-2s at hand) the LCD-2 does seem to have moved away from their earlier warm glow, and are now markedly more neutral to my ears. The sound of the old LCD-2s certainly played toward my personal penchant dalliance with "creamy" sounding cans, but I do recognize it as a flaw in my aural personality, and genuinely prefer a more neutral and articulate headphone for serious listening. I think the current LCD-2 does a much better job in this area than previous versions."

"Gone are the days of uber-buttery sound for Audeze, I find the current models be pretty well balanced with the mid-treble range and up being stronger and in better proportion than previous Audeze incarnations. I hear the LCD-2 now as being a little grainier and less refined in the treble than the other two, but significantly improved over previous iterations."

"Competition in the $1000 planar-magnetic headphone category is hot and getting hotter. A number of small companies like Mr. Speakers have been ramping up in this welter-weight category and showing promising results. HiFiMAN with its HE-560 and Oppo with its upcoming PM-2 will be competing here at prices lower than the LCD-2. I continue to find the LCD-2 a strong contender sonically, but its size, weight, comfort, and styling are going to leave the door open for competitive assault."

"The LCD-2, now with better imaging due to the Fazor, remains a solid gateway to reference level listening. Paired with a nice low output impedance solid-state amp these cans deliver great dynamics, and the solid across the board performance needed for a superior listening experience. There's lots of competition appearing in this area the bares watching, but I continue to think the LCD-2 should be on your audition list for $1000 headphones. A hearty recommended from me."

In reference to the entire LCD lineup: "I think the Audeze headphones need a couple dB more umph below 120Hz, and the area between 2kHz and 5kHz to fill in some. But that's it...and and there aren't many $1000+ headphone that are closer."


My conclusion is this: The LCD-2 was removed from the "wall of fame", not because it is an inherently worse headphone than it previously was (though it is clearly a different headphone on some level than when it was initially released), but rather because the world/context in which it exists is now different. There are simply many more contenders at this price point, many of which are very compelling products. Furthermore, the LCD-X is simply a better headphone in a number of ways. Is there room for the entire LCD line up on the "wall of fame"? Unlikely. I simply see that headphones are getting better and the LCD-2 got bumped off by the X. Life moves on, and I'm excited that Audeze continues to refine their products. Who knows what they have on the horizon.


Good point. $700 is not trivial. If the X wasn't the better performing can, a lot of people would be pretty angry! The real draw of the 2 is obviously the price point. I feel like the 2 is still a good value for the money, even in an increasingly crowded price segment. Will that still be the case down the road? I don't know, but for the moment, I wouldn't hesitate to compare them to any other $1000 headphone. I have no regrets purchasing mine, even if it will ultimately become a gateway drug!

You guys are over thinking it. It's simple really: I'm stupid sometimes.

I literally had forgot the LCD-2 was on the WoF. I'm going to have to correct things today.

Thinking out loud here: Yes context has changed, but since the LCD-2 is already on the WoF, something has to come along to knock it off. To be perfectly truthful, headphones are on the WoF because I NEED them as a reference. While the category is heating up, and I wouldn't have put them on the WoF if they weren't already there, I think I do need to compare the upcoming PM-2 and HE-560 against the LCD-2 to understand where they sit in the world. So, my corrections this morning will leave the LCD-2 on the Wall...

Never forget: I'm just a stupid human. That should always be option "D" on the quiz, and probably the default choice when reading my words when things just don't jive.

tyll hertsens said:
headphones are on the WoF because I NEED them as a reference
Click to expand...

Good job Tyll.  Thanks.
[size=xx-small]Stop quoting the entire posts![/size]
You must log in or register to reply here.