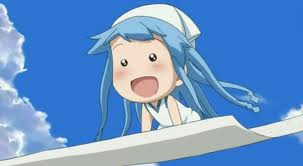 See full thread gallery...
You are using an out of date browser. It may not display this or other websites correctly.
You should upgrade or use an alternative browser.
Any anime series that you've been enjoying?

EDIT: Obviously for the above reasons you mentioned regarding Anime.
When the audio equipment takes priority over the music, the way the music sounds is more important than the sound of the music. Check my profile to see my rig.

Want to know the "truth" behind cables? Go HERE

Hrmm....I know Baccano and Durarara are on my list to check out, so it's good to see people recommending them. I actually own Claymore but haven't put it in yet. I'm a little behind on the queue. Probably going to check Persona out next for the same reason I checked out Toradora!
Anime-Planet.com - profile | watch list | anime

thats great to hear, i was looking at that one since its available in blu ray

but id never heard anything about it. I also love evangelion so ill check out the first couple episodes and probably buy Claymore.

also, im about halfway through planetes and thats a damn good show i think, not flashy or actiony at all though.

I was considering upgrading to the blu ray for Claymore, but I'm not sure if it's worth it since I hear it's an upscale from standard def material. Maybe if I watched the DVDs and love em to death, I'll grab the Blu Ray somewhere down the line and give the DVDs to my sister or some friends. It's what I've been doing with some of my upgrade stuff recently. The content gets pretty good reviews from some of the folks I trust though. Maybe since the game I run is canceled tonight I'll start it and Persona.
Anime-Planet.com - profile | watch list | anime

oh...i didnt realize it was upscales...but i dont own it already and i might as well get em lol ill go check out some reviews....i am excited for the FMA Brotherhood blu ray's though, the first one comes out 25 may of this year

though unfortunately they are doing lossless true hd 5.1 audio for the english dub, but only 2.0 dolby for the japanese..

The review I read on the Claymore upscale was that some detail was lost, but it looks better overall. Basically boiled down to a no-brainer for the blu ray if you don't already own it. Take it with a grain of salt, however, since it is a single person's opinion, after all.

That sucks about the FMA brotherhood audio. Getting HD audio was the reason I bought Ponyo on blu ray from Japan instead of the US. This kind of stuff pisses me off, though I realize the marketing departments over here probably see me as a minority right now.
Anime-Planet.com - profile | watch list | anime

you should watch claymore before anything on your list. also black lagoon , berserk

Edit: its only in japan that i can find and without subtitles...

#Anime-Supreme - The Home of Great Anime -= Information =-
Since it's not in the US or some other countries, this group is accommodating for that. Will be released as a group batch torrent within 1-2 months. Available on IRC in the meanwhile.
FB2K v1.1 CM+DH ASIO SoX 192k upsample
Multimedia: MPC→CoreAVC2→CUDA→ReClock1.8.7.2 WASAPI 24bit/192kHz upsample
HP rig: MM02US v1.0.9.0→KICAS Caliente→Headphile V2 BlackSilver→YenAudio band→HD650
DT rig: Creative SB X-Fi Titanium → M-Audio LX4 5.1
Feedback: http://...