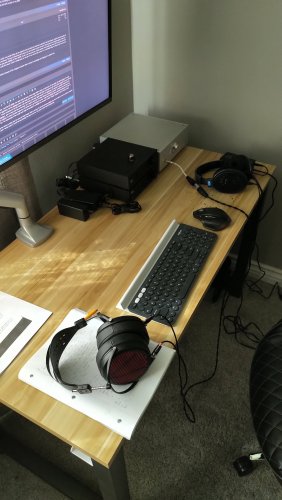 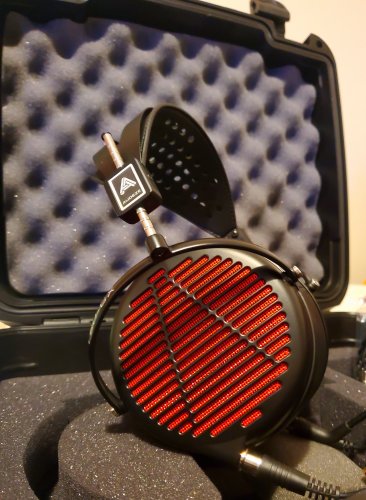 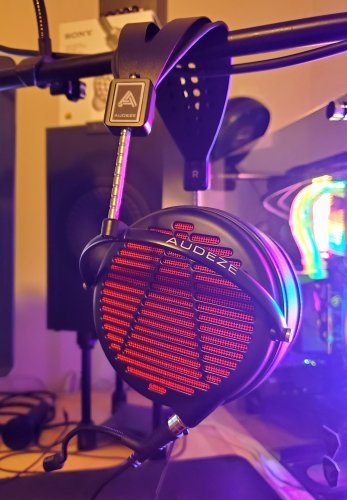 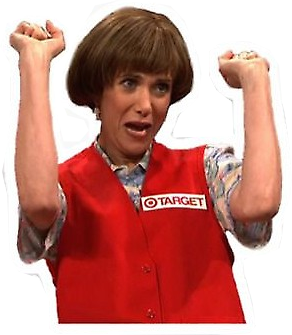 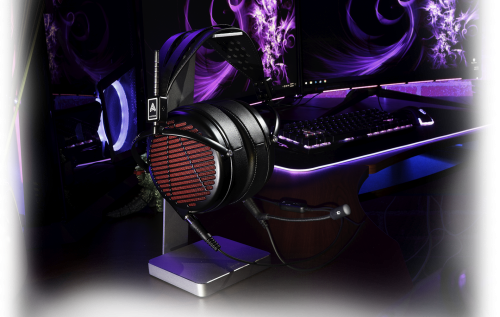 Mad Lust Envy said:
If you are used to planar bass, this is that.
Click to expand...

It's the difference between boomy dynamic driver bass and fast and impactful planar magnetic bass that seems to throw some folks off.
Share This Post
Reactions: cardeli22 and Mad Lust Envy
post-15030239
Post #137 of 351

Mad Lust Envy said:
Recessed bass and mids? Uhhh, now there's something I don't agree with. Bass and lower mids are very linear and the neutral point of the headphone. The upper mids are recessed/softer, and the treble has great extension but it's not an omg LOOK AT THIS TREBLE type of headphone.

I had the GX at home, and spent weeks with it. Not a show floor impression which is heavily compromised.

As for bass impressions, that is highly subjective. Some people think a flat/neutral is bass deficiency. I don't agree. It's not a basshead headphone, but the GX has that flatline deep bass that is always present, without being humpy or emphasized. If you are used to planar bass, this is that.

Think about a frequency curve. If the upper mids are recessed, how can everything else be recessed as well? Makes no sense. You can't have a headphone that is ALL treble. At least not realistically. Unless something is wrong. You honestly think Audeze is gonna make a treble only headphone? I wonder if these people wore glasses and broke seal.

If ANYTHING calling mids in the vocal region lacking, I can't agree with at all. It's VERY upfront.

I hate second guessing my own impressions, and I no longer have the GX in my possession so I can't reconfirm. I'm not saying others are wrong in their impressions. I'm saying that my own impressions are quite different, take that as you will.
Click to expand...

Just gonna second MadLustEnvy's impression of the LCD-GX. I listened to it and canjam and it definitely wasn't bright or bass lite. Still sounded like an LCD. Flat bass, soft upper mids and treble was at a good level.
Brighter than lcd2c but not bright.

I don't see why Audeze would throw away all their tuning philosophies just because its a gaming headphone. The mobius is a well balanced headphone for example.
Share This Post
Reactions: Vitandus
post-15030402
Post #139 of 351

This was one of Mark's first show. The GX is not by any stretch have piercing Treble.
>> The first thing I noticed was the bass and mids were so far recessed
This is not how it sounds.

The GX does not vary too much from the Audeze House curve. Mids are quite smooth and upfront. We had a similar experience at the show with another headphone as well. Someone listened to two headphones and told us about how different they sounded. Unfortunately they had identical hardware and even firmware revisions and sound pretty much the same. Sometimes it is less than ideal conditions at shows and the choice of music changes perception quite a bit.
Share This Post
Reactions: cardeli22, kid vic, The Socialist Nerd and 1 other person
post-15030672
Post #140 of 351

SoundHelmet said:
Just gonna second MadLustEnvy's impression of the LCD-GX. I listened to it and canjam and it definitely wasn't bright or bass lite. Still sounded like an LCD. Flat bass, soft upper mids and treble was at a good level.
Brighter than lcd2c but not bright.

I don't see why Audeze would throw away all their tuning philosophies just because its a gaming headphone. The mobius is a well balanced headphone for example.
Click to expand...

That makes me happy... I do a lot of gaming but I tend to enjoy music and detailed listening a lot more...
Audeze LCD-2CB/Audeze Mobius (blue)/iSine LX/HIFIMAN HE4XX <-- DragonFly Red USB DAC/Fiio BTR1K DAC/Hidizs Sonata HD DAC <-- Astell&Kern norma Sr15/OnePlus 7T Pro McLaren Edition/LG V60 Dual Screen/Google Pixel 3a XL
“Writing has nothing to do with meaning. It has to do with landsurveying and cartography, including the mapping of countries yet to come.” ― Gilles Deleuze
Share This Post
Reactions: cardeli22
post-15030708
Post #141 of 351

Thanks for the confirmation, Audeze. I thought it strange that someone's opinion was drastically different from mine. Lol.

Probably a case of the person listening to a bass heavy phone first, then jumping in to something more neutral/flat.

When you listen to two headphones with different flavors, your ears take time to adjust to the most recent headphone.

This is why I don't ever believe in show floor impressions. There's way too many uncontrollable factors at play. From expectation bias, constant swapping of sound signatures, etc.

I listened to them at the High End Show and as usual SVS was hammering the area like mad, with their huge subwoofers, yet still there's no way those impressions are somewhat plausible or realistic.

Not even SVS can outmask Audeze Bass.

The LCD-X (open) always seemed to have the best low sub bass response and extension (despite its graph showing less than the LCD-2 or 3, it sounds different when you hear it). 1-2 db more than that at 20 hz would make them ideal sonically, as they have a bit more treble than the other classic styled large LCD (not counting the smaller portables or Mobius) and that makes the treble neutral vs the typical dull. Because of that the LCD-X mids don't overwhelm since there is a balance in them the others don't have (that typically lack low sub bass & treble). Their weight and price is off-putting. These being lighter & less costly, if they have a similar response, might definitely appeal to me even more.
Last edited: Jun 27, 2019
Share This Post
post-15031978
Post #144 of 351

Here's the problem with the LCD-GX. Black and red are my colors in-game; they're the color of our clan and guild logo, and hell, even my truck is that color.

roshambo said:
Audeze - Going from an LCD-4z to the LCD-GX was a buzzkill. A better comparison would've been the LCD-GX against an LCD-2, it had that kind of grain. Not engaging.
Click to expand...

A brighter LCD sounds great as long as there are no horrible peaks.

Asahi Templar said:
A brighter LCD sounds great as long as there are no horrible peaks.

Just out of curiosity did anyone here win one of the 5 they were giving away? Drawing was supposed to be on July 1st.
Click to expand...

Audeze said:
We are slightly delayed in production. So we have postponed the drawing and are waiting for the units to be ready.
Click to expand...

WildStyle-R11 said:
Also yeah, if that mic isn't Powered with P48, meh. I would rather have wireless open back, with a charging dock.
Click to expand...

I'm curious, why would you want the mic to need phantom power? It would be the right thing to do for audeze to add a dynamic back to these as a condenser like you are talking about would we way to sensitive and have sound leaking in from the open-backed headphones. It better be a dynamic, and those don't take 48v power.
Share This Post
You must log in or register to reply here.
Share:
Facebook Twitter Reddit Pinterest Tumblr WhatsApp Email Link