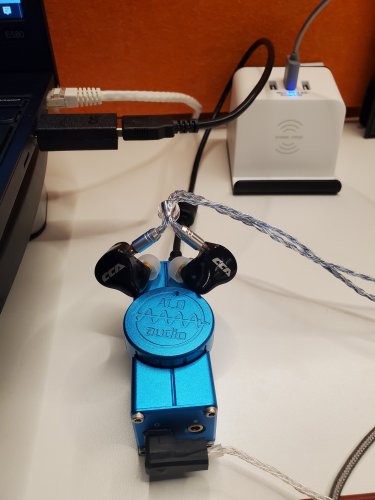 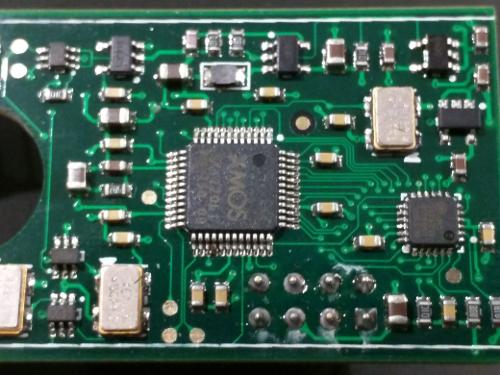 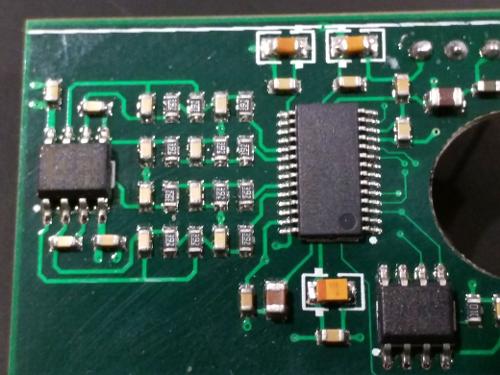 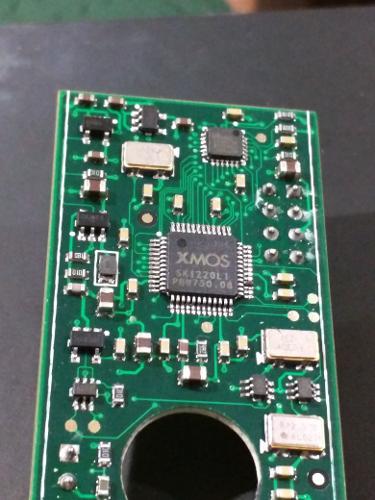 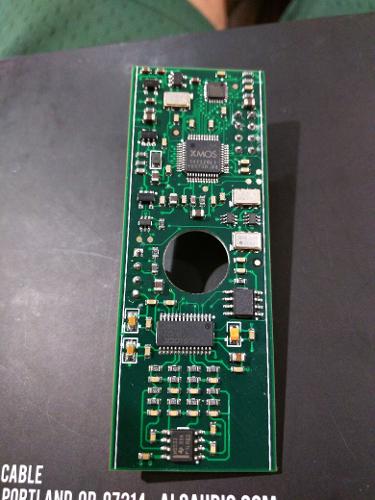 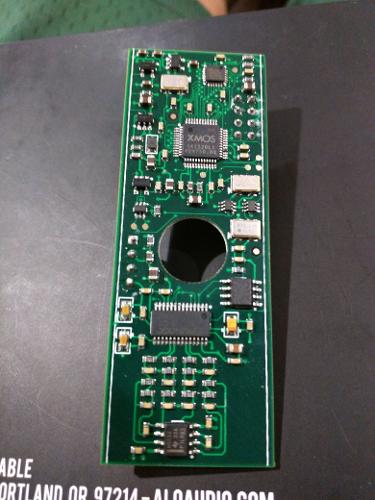 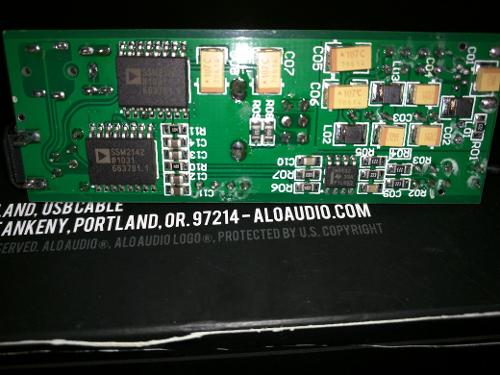 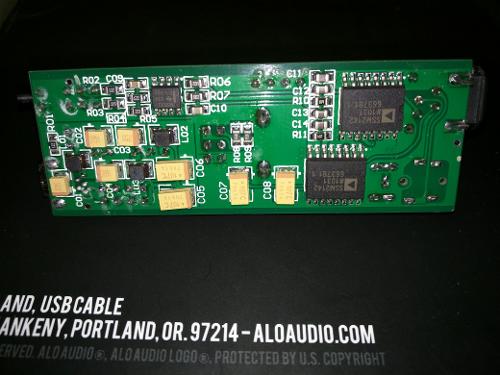 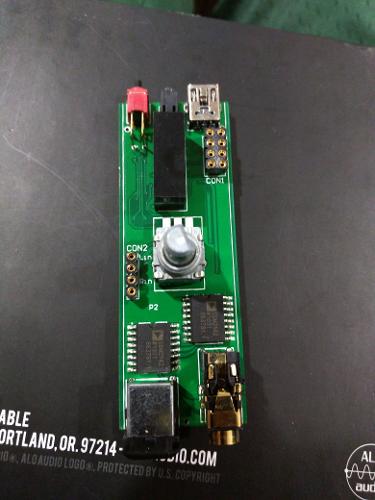 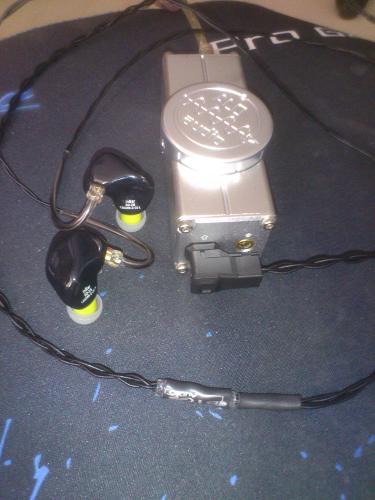 You are using an out of date browser. It may not display this or other websites correctly.
You should upgrade or use an alternative browser.
ALO The Island USB DAC!

Just bought a second hand Island so once I Have that and my RE600's in, I'll let you know how it fares.
Click to expand...

I just received my new cans today and did some more a/b comparisons with the Meridian Explorer. To my ears, it's no contest. The Island is the better sounding device.

I wish i had the funds to compare it to the Explorer2 as im hearing good initial response for it.
It starts with the source.

Change of plans. Unfortunately, I won't be able to test the Island out with the RE600.

I bought it for $160 last week and I haven't gotten to use it. If anyone is interested, I'm putting it up for sale for the same price.
It starts with the source.

Finally RSA kobiconn arrived, then soldered it immediately. It is the first time I have chance to try balanced setup, gladly there is no hiss on low-gain, or I just lucky due to SD-2s is not too sensitive iem, 40 Ohm impedance. The early I can feel is broader soundstage than before, vocal seems better pronounce and it nicely centered. the bass drum slight backward from vocalist and thump faster. It's all I can say, sorry to low-res picture and my poor english. Looks like I'll be keeping this guy. DOn't want to sell it before I test it out atleast.

Anyways, I opened up the Island just to see what is inside it and it is solidly built. Some good quality components used.

TXC Crystals
It starts with the source.

jiggad369 said:
Looks like I'll be keeping this guy. DOn't want to sell it before I test it out atleast.

Anyways, I opened up the Island just to see what is inside it and it is solidly built. Some good quality components used. It starts with the source.

Awesome photos! It's good to show the world the internals of the Island. Did you have a chance to listen to the Island yet?

Alas, I just put mine up for sale on the forum. I recently purchased some different headphones and have decided to take my laptop setup in another direction (sooner than I thought). I'm going to miss this little unit. I went back and fourth on it, but I don't see it getting much use with my new gear and I'd rather someone enjoy it. I'm actually thinking about purchasing the ALO Audio Key as my DAC of choice... not sure yet though.

Still interested in reading other opinions of the Island. It deserves more praise than it's received.

Since most of my IEM listing is done at my home computer - my new Island habitat (I swapped my C5D for Jamie's Island) has become serenity defined. This little beast has the ALO house sound I came to enjoy from my International - but without having to screw with the battery. I might have to do an amp review... My CIEMs sound so good that really - really - I don't need much more to achieve a point where adding anything is overkill. I DO have to get a damned RSA balanced cable to mess around with though - haven't tried that yet...

I've been trying for some time to develop a lifestyle that doesn't require my presence.

Agreed, the knob is superb and the quality of the piece is excellent

I have owned one for over a year now I think. Drives my vintage 600Ohm AKG K240 Sextettes (LP) and K240 Studio Monitors just fine

hifimiami said:
Thank you for your help, I returned The island to ALO, I found their support inadequate.
Click to expand...


Having issues with the driver too.
I'm on Windows 8.1 x64
None of the drivers listed on the website work.
I've created a support ticket 18 hours ago but still no one answered.

The thing is that the Island is built as a USB Audio Class 2.0 device which isn't gonna be supported even in Windows 10.
And the XMOS drivers simply refuse to install saying "Setup requires that the device is plugged in. Please connect the device you want to install and make sure it is turned on. If your device is currently connected, please unplug and replug it.".

On Linux and Mac the Islands works out of the box.
Not on Windows.


As for the sound, I compared this thing directly to my Burson Conductor SL Sabre with HD650s.
What can I say, Burson beats the Islands ass any day of the week.
But given the portability it's still a cute little inexpensive gadget one can afford to keep around.
Maybe those of you who have laptops and constantly travel will find it awesome.
Also encountered imbalance issues with HD650s (and others) on low volumes.
And the gain is insane: I had to bring the volume down in the OS by 50% to make the knob usable with my HD650s on the "Low" gain setting.

I also have problems under win8, the drivers and support by Alo is almost non existant.
So fustrating. Only drivers which seem to work are the ones that come with the unit, but even these tend to have problems.

I also have problems under win8, the drivers and support by Alo is almost non existant.
So fustrating. Only drivers which seem to work are the ones that come with the unit, but even these tend to have problems.
Click to expand...

Oh man, really?
The CD?
The first thing I did was throwing that ancient relic of the XXth century era to the trashbin.
Who needs these weird things when today the internets are all over the place.

Good thing that I found it today in the trash pile.
I found a PC with a CDROM at my workplace (I have none of those ancient things left in my house) and copied the contents to the Cloud.
Here it is for those who are, like me, googling the hell out of it:
https://yadi.sk/d/MbP0SFgfg4rJ8
These are ALO Audio the Island Windows 8.1 drivers, and they seem to work (well, they didn't refuse to install at least, unlike the ones found on the official ALO website).

Update: It's been a week now and I confirm that these drivers work on my Windows 8.1 machine without issues (so far).

So if you're having issues (problems) making ALO the Island work on Windows - give these drivers a try.
The ones on the official website simply refuse to install with the message:

Setup requires that the device is plugged in. Please connect the device you want to install and make sure it is turned on. If your device is currently connected, please unplug and replug it.
Click to expand...

And don't try to download the manual from the official ALO website because the hyperlink leads nowhere.

And yes, the ALO support seems actually nonexistent.
I thought you guys ment it literally, but seems that you didn't (they haven't contacted me yet and I think they nevel will because no one seems to be there).
I centainly won't be so impulsive next time considering buying another ALO product.
Given the fact that you are on your own with all the possible issues and that when a new version of Windows comes out your device can magically turn into a cool-loking brick (again, not literally in this case) because the old drivers might work no more and no one would be bothered to roll out the new ones...

And they just say:

What they'll never admit to their potential unaware customers is that:

High-fidelity asynchronous, balanced performance on Mac. High-fidelity asynchronous, balanced performance on the current version of Windows on PC (but first you'll have to play our little game: we've hidden the drivers on that bulky CD you've just thrown out so you'd never have a clue, and the drivers on this page actually won't work; oh, and when you try to contact us on this matter your help requests would vanish into the void). And when a new version of Windows comes out for which the old drivers won't work you'll just be left with a little brick with a cool knob.
Click to expand...

By the way, the sound is actually good.
The bass has punch, I can hear many details.

One drawback of the sound is that it lacks the "body" compared to Burson Conductor SL (of course body needs power, and Conductor's power supply unit is a beast compared to the USB power the Island is getting).
It can explain the strange sense of fatigue I'm kind of getting when listening to this unit (with HD650s)

Currently $199CAD at Canada Computers until the end of April, great deal considering how weak the CAD is right now. I just ordered one.
moved on to a bigger wallet trap
You must log in or register to reply here.