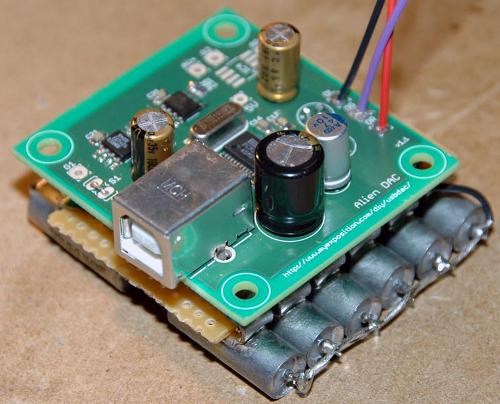 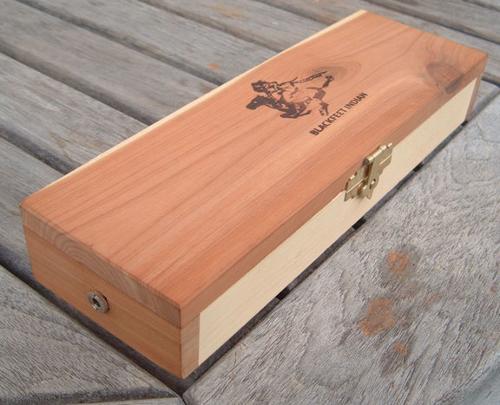 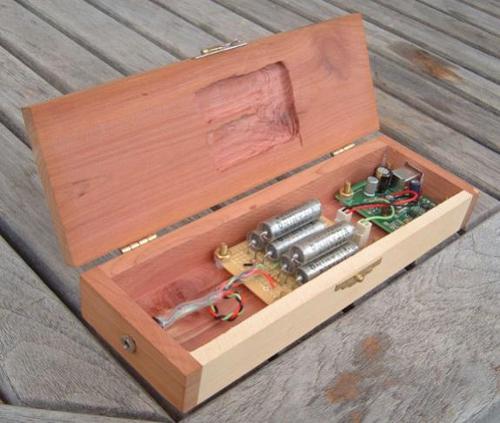 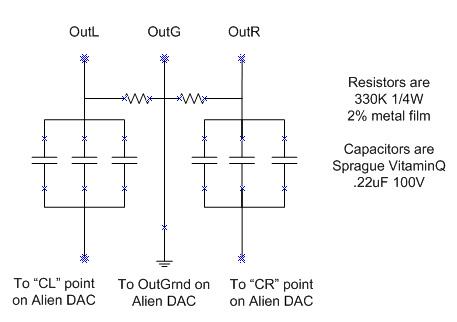 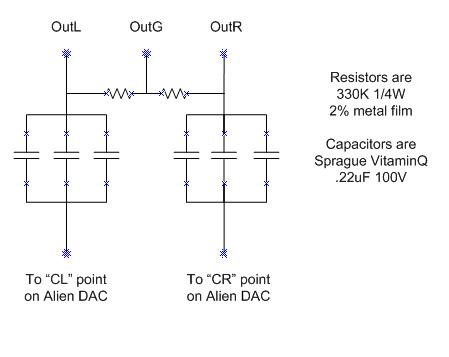 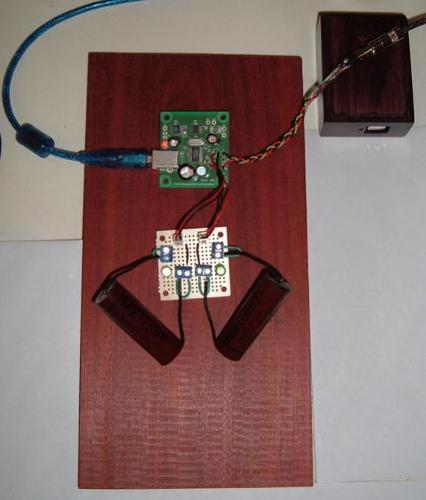 You are using an out of date browser. It may not display this or other websites correctly.
You should upgrade or use an alternative browser.
Alien DAC v1.1 Construction Thread

I have to admit that I did reference that image and while I thought it looked unconnected, I can also see a line which shows it is. Maybe I am looking at the bottom trace?
Peace!
Sygyzy
Do you like bags? Check out: Carryology

Right, I posted that a month ago, and in the meantime have been trying to wrap my head around virtual ground theory. As a primer: I have an Alien DAC, a PIMETA, and an OPA551 to act as the IC4 virtual ground buffer between the two. It's all to run on a 12V supply, split into +6V, 0 and -6V.

The first thing I tried was what I described above: connected the Alien DAC OG to PIMETA IG, and the Alien DAC AV+ to the same. It pulled the entire virtual ground on both sides up by 4V... so we were +6V, +4V and -6V. That ain't right, Calroth. So back to Tangent's virtual grounds page.

Scratched my head. Then did what every self-respecting DIY'er would do: I Mini³-ified it! Added a 600R ferrite on the output of the OPA551, outside the feedback loop - plenty of spares from the Alien DAC construction. I had to lift a few pins to do it. You don't want to see the board... between this and all the other things I tried, it ain't a pretty sight. But, the ground is now offset by about +19mV. Yeah, that's close enough for me! Hooked it up and got it playing music.

So. Having read all that... any comments? Did I do something completely stupid? Next thing to try is putting some 100nF bypass caps on the OPA551 V+ and V- (also left over from the Alien DAC build). The datasheet suggests it, but I think that's just a precautionary thing. Also, I suppose I could shift the DC blocking caps from the Alien DAC to the PIMETA to wipe off that last bit of offset.

just took an attempt to build this dac in one afternoon with no luck. It is my first try of smd soldering , my tweezers are too stiff when I tried to grip RLED to its postion, it jumped up and pew, disappear in the air, never found it again.
save for me a LED.

When I finished soldering and plug it to computer, I spot some little sparks at around pin 24-27, not sure exact where, then I unplug it and tried to clean the bridges and plug to computer again, no sparks, and the computer did not response either. After a few second, pin 25(i thought), which is VCCL get so hot that the residue of flux start smoking, so I guess I got some where short around this pin, but will this be the reason the computer do not recognize? I read some thread say that when the computer does not recognize, it is more likely something wrong at the 3.3V side.
I put some pictures here and hope some one can take a close look and spot the flaws.

There is a burnt mark. Most likely you burn your trace.

I doubt he could have burnt through the silkscreen and destroyed a trace... rather you can notice a rather large solder blob between the bottom left pins on the 2702 chip in this picture: http://img508.imageshack.us/my.php?image=dac6rd2.jpg
HeatWare Feedback
Head-Fi Feedback
eBay Feedback

That solder blob might look unsightly, but the two pins are actually supposed to be connected to each other. Again, see board layout.

hope you guys can help

I successfully built the Alien DAC, but I have hum that seems to be from the oscillator. Using a head phone amp connected to the DAC with the DAC only connected to a 9 volt battery and not connected to a computer, I get hum. If I remove the battery supply, the hum goes away. If I connect the DAC to the computer, it works, but the hum is still there. I originally did not use the ferrites, but added them when I heard the hum. This seems to have reduced the hum only marginally.

Suggestions on where to begin are appreciated.

Finally built one of my boards, but I'm having the opposite problem of everyone else: my 5V checks out fine, but there's a short from 3.3V to ground.

What are the most likely culprits for this? I checked the DAC chip for bridges, and found none. IC2 is aligned correctly.
HeatWare Feedback
Head-Fi Feedback
eBay Feedback

Oookay, I reflowed everything and the short is gone. And then L12 glowed red hot, melted part of the silkmask and desoldered itself after carbonizing everything in a 5mm radius.

L12 is a ferrite! What caused it to do this?

Nevermind, apparently Vbus got shorted with GND on IC1, and L12 was in the path.

Geeze, I'm still got my 5 boards sitting upstairs in my room. Gotta get around to ordering parts

OK, here's what I connected. If someone with more experience can explain more, please do. This is assuming that your amp's virtual ground is tied to its input ground, which is the case with most designs I've seen.

For the power supply section:For the signal section:Check the voltage offset that IC4 generates between AG and the ground plane, it should be minimal. You might need to do things like adding bypass capacitors or ferrites to IC4 to get the offset down.

I also recommend testing with a 9V power supply to begin with, which will split into +4.5/0/-4.5V. So that in the worst case (virtual ground collapse), you won't exceed the 10V limit of the REG101 chips. Of course, if you have 6.3V capacitors in the power supply path (I can't remember if there are any), you might damage those. Exciting times.
You must log in or register to reply here.