Menu
Log in
Register
Install the app
You are using an out of date browser. It may not display this or other websites correctly.
You should upgrade or use an alternative browser.
A Tale of Two Purifiers - iFi Audio

I've been using these two little gizmos with great results for quite a while now, so I figure it's time for a write up. The items in question are both from iFi Audio. Both are called "iPurifier", and both help clean up noise and other unwanted junk from your audio system. Yet each has a different focus as to how they improve the listening experience. 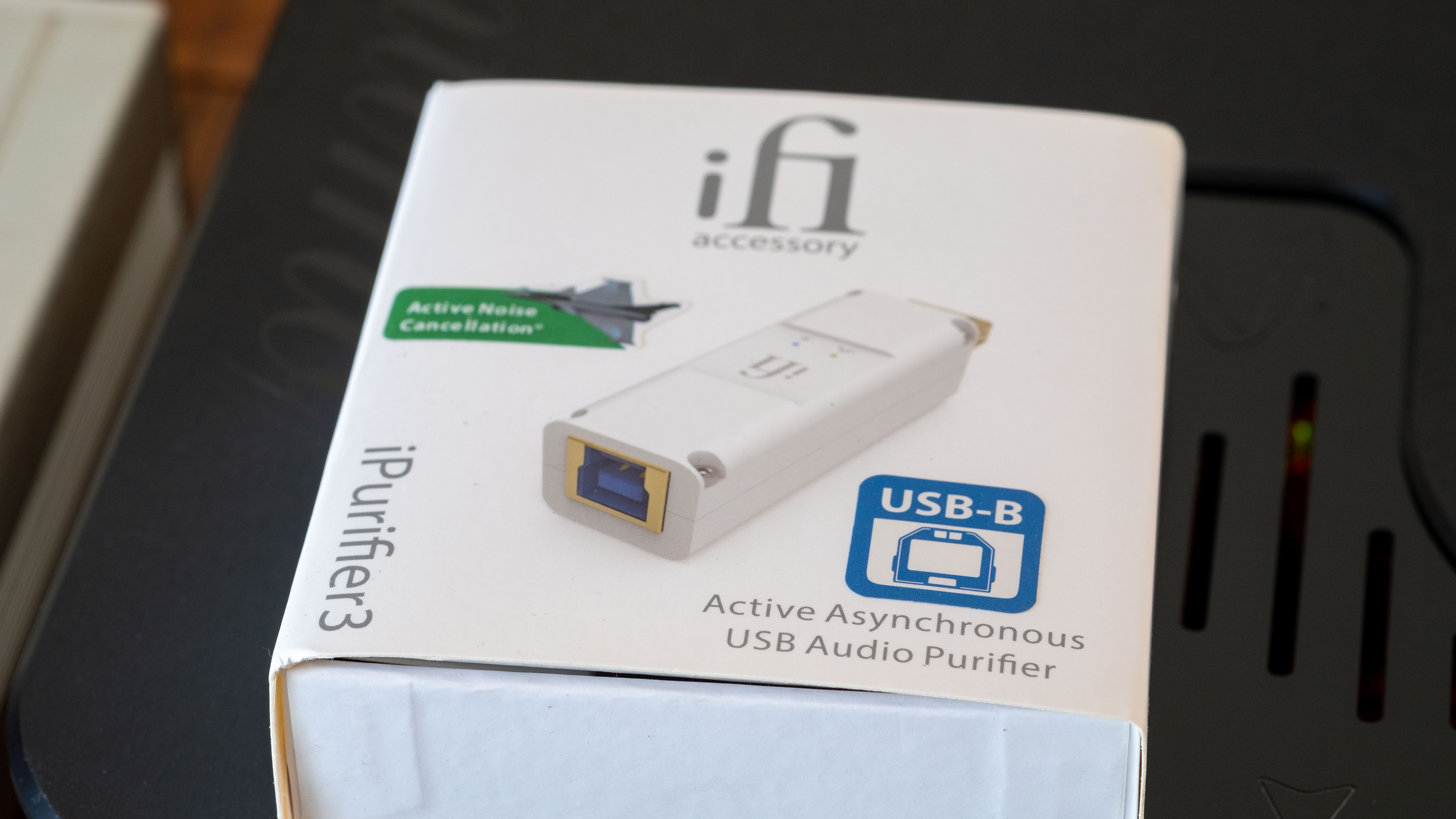 First up, iPurifier3. It's essentially an inline filter which plugs into the USB input of your DAC, and accepts traditional USB 2.0 Type B connections - but also the newer USB 3.0 Type B as well. I don't see that termination often on audio-oriented cables, but iFi's own Gemini models do use them and I've seen it from a few other brands too. I end up using iPurifier3 with my Gemini3.0 cable which is useful as very few DACs actually feature that 3.0 input connection. The result of that combo is superb - my current reference for USB connectivity - but obviously I can't narrow down the impact of each part as I can't use the cable alone with any of my DACs. 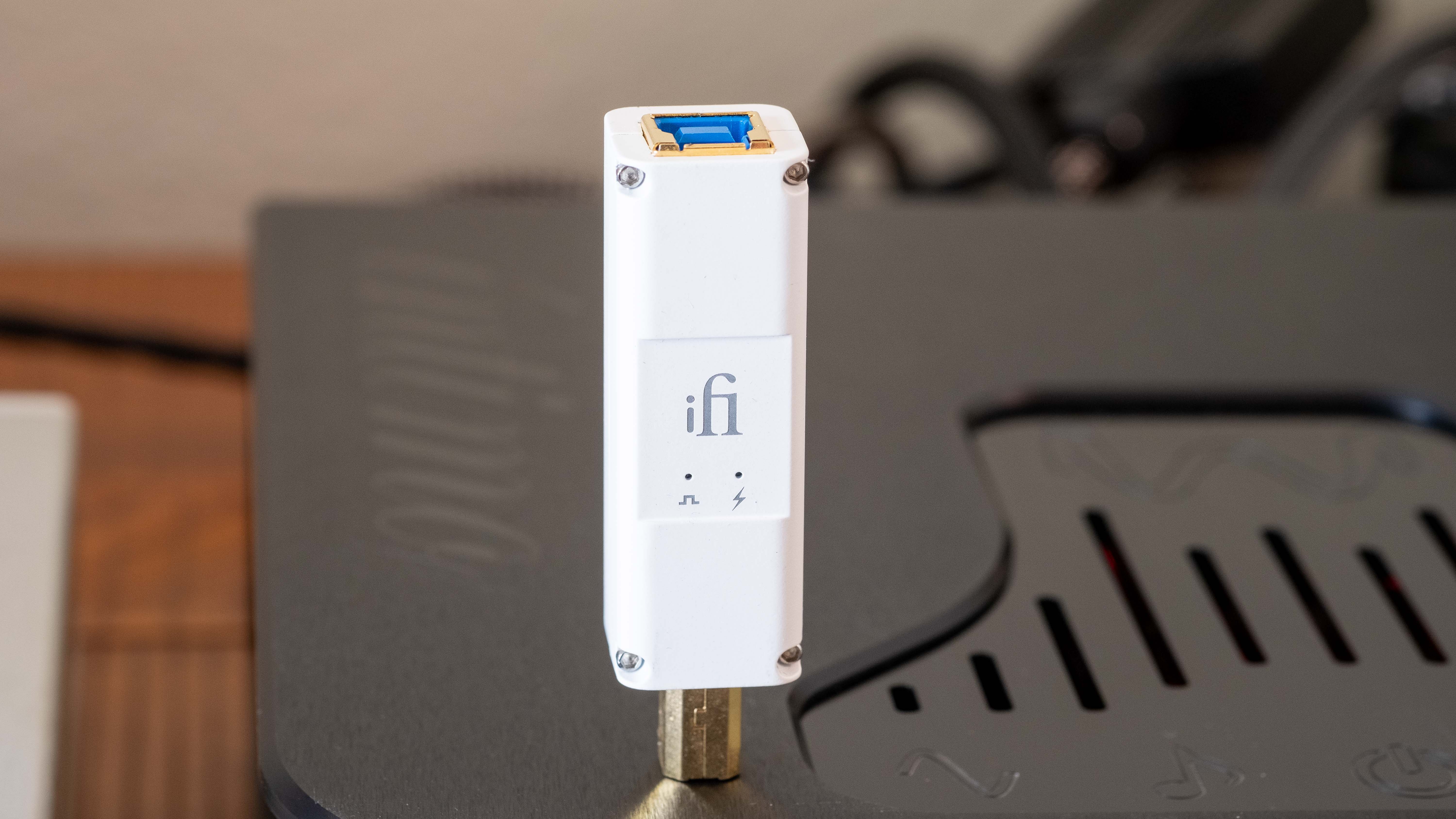 The iPurifier3 sells for $129 and claims to "reclock, regenerate, and rebalance" your audio signal. I'll let the product page go into further details, but the general idea is to clean up the signal, cancel noise, and reduce jitter, and thus improve the sonic results. Think about the benefit you get upgrading your transport, even while feeding the same DAC, and you're on the right track.

I have tried numerous DAC and transports with the iPurifier3, using the iFi Gemini3.0 dual-head cable as well as more traditional USB cables from Yulong Audio, Cabledyne, NuFurce, C3 Cables, and probably some others which I'm forgetting. It's tough to summarize the wide range of results I achieved using the iPurifier3, so I'll just list a few examples before attempting a conclusion. 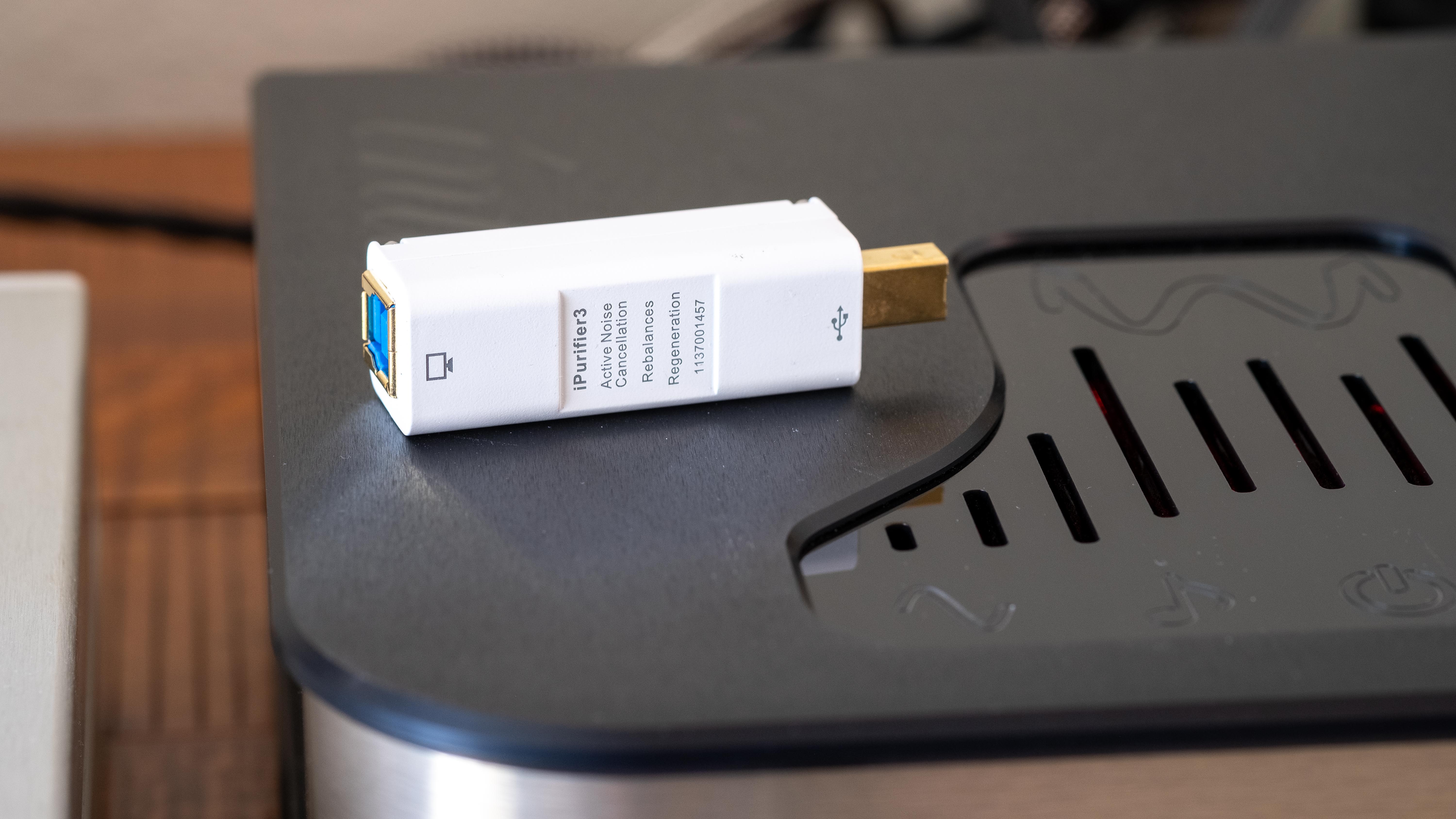 First up, the basic system: Surface Pro 6 (hereafter called SP6) connected via USB, streaming from my Roon library. Starting with the Yulong DA10, I notice zero difference with the iFi widget in place. I began with K7XX driven directly from the DA10's integrated headphone jack, and eventually scaled up to a dedicated Niimbus US4+ headphone amp pair with Kennerton Audio's Thekk - a very resolving chain, but still no improvement to be heard. This is likely due to Yulong's FPGA-based processing which already cleans up all incoming signals - there's nothing left for the iPurifier3 to accomplish. 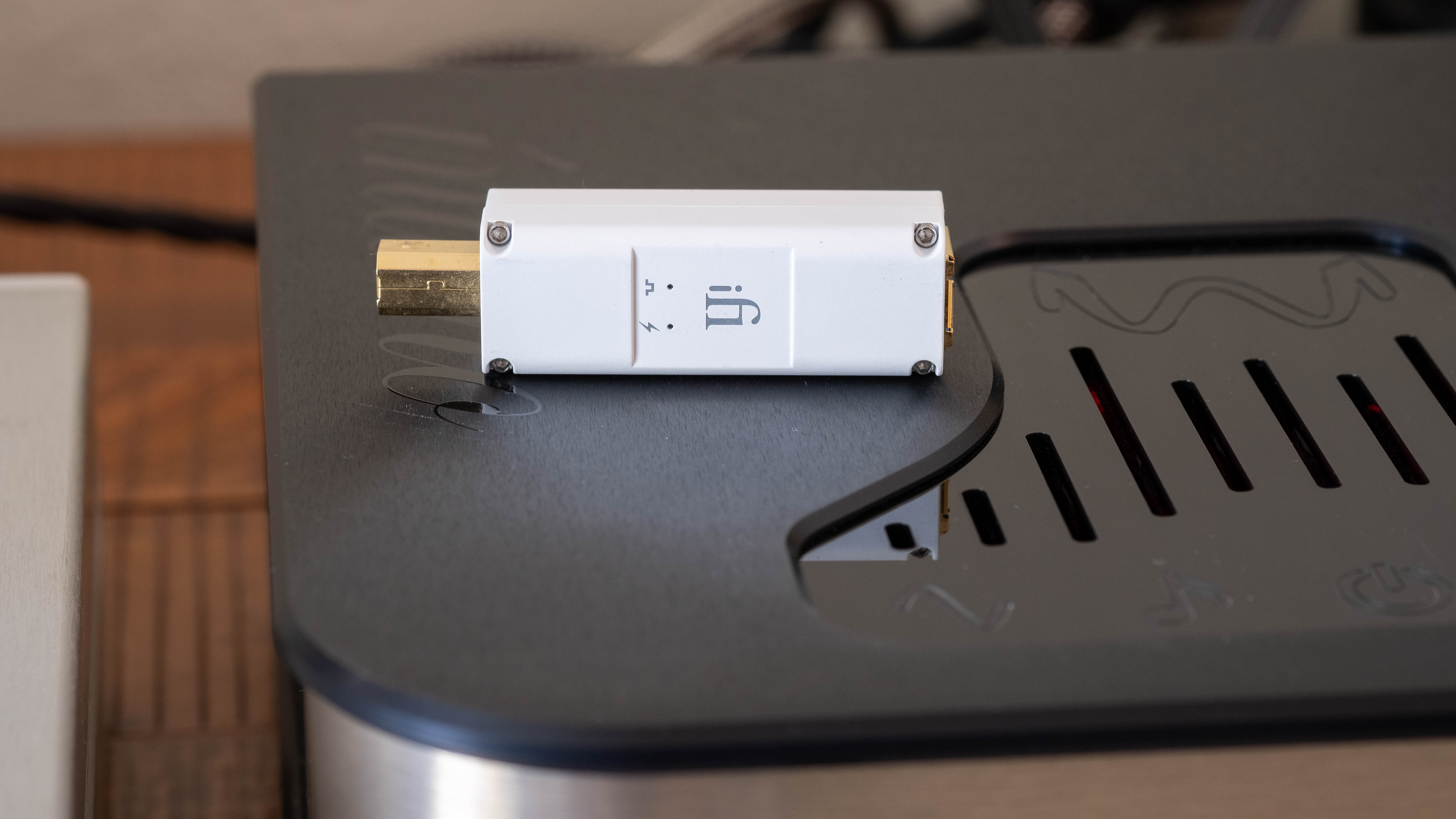 Next came the Drop x Airist R2R DAC which, unlike the Yulong DA10, is quite picky about transport quality. And sure enough, the iPurifier3 brought substantial gains in noise floor, spacial imaging, and general clarity across the board. It sounded a lot like I was using a nice dedicated transport - the $900 Cayin iDAP-6 in this example - rather than a general purpose tablet device. So I actually did switch to the Cayin transport and confirmed that while it isn't quite as good, the SP6 with iPurifier3 produced largely similar results. They were definitely now in the same ballpark, which is very impressive. Using the Cayin iDAP-6 plus iPurifier3 together was better still, but the margin was rather small. I mainly noticed a touch more fine detail and lack of grit in the treble region, and that only on really well-done recordings. Still, for $129, a worthwhile upgrade for an already exceptional transport, and a no-brainer for more pedestrian sources. 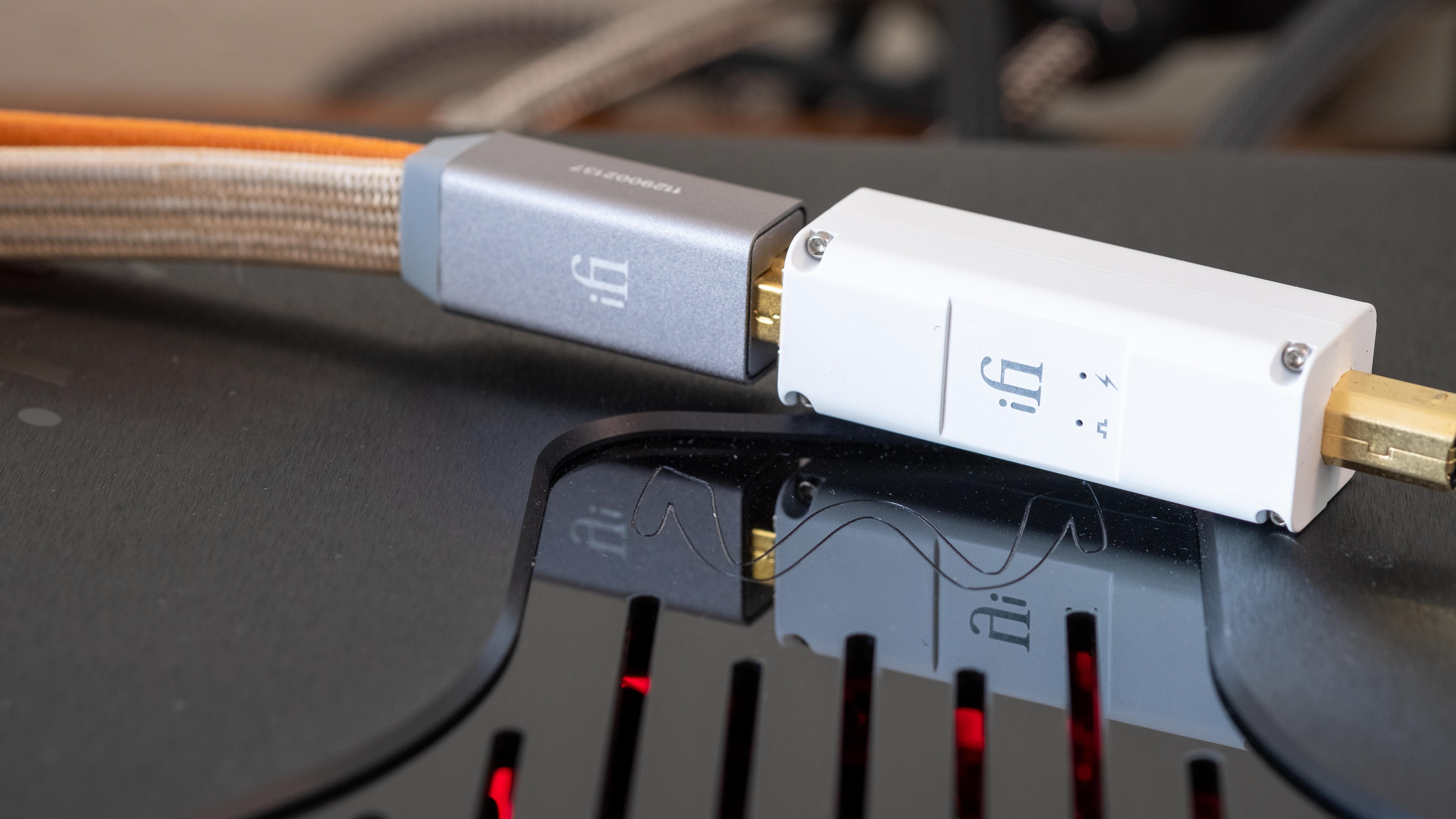 Switching to the Keces S3 DAC/amp showed smaller but still appreciable gains. Again the diminutive iFi dongle made my SP6 sound almost as good as dedicated transports, and again those nicer transports improved by a small amount when paired with the iPurifier3. The Audinst HUD-DX1 told the same story, as did the Wyred4Sound Intimo and the PS Audio Stellar GCD. I was reminded of my experiences with USB decrapifiers such as the Wyred4Sound Recovery or the UpTone Regen. And while the iPurifier3 doesn't give quite as dramatic results, it also costs significantly less, and doesn't require a spare power outlet and extra USB cable as those do.

Generally speaking, it seems the iPurifier3 shows the largest results with modest sources - that would be a Surface device, or MacBook, or any number of general-purpose computing devices. It also improves things when using quality transports, but the result is not as easily discerned; though still worthwhile for the price in my opinion. An improvement can be heard with many DACs, but those with herculean efforts for jitter reduction and noise filtration may show little or no difference. Considering the price of the iPurifier3, and the large number of system configurations in which it did make an appreciable difference for me, I'd say it's definitely an accessory worth owning. 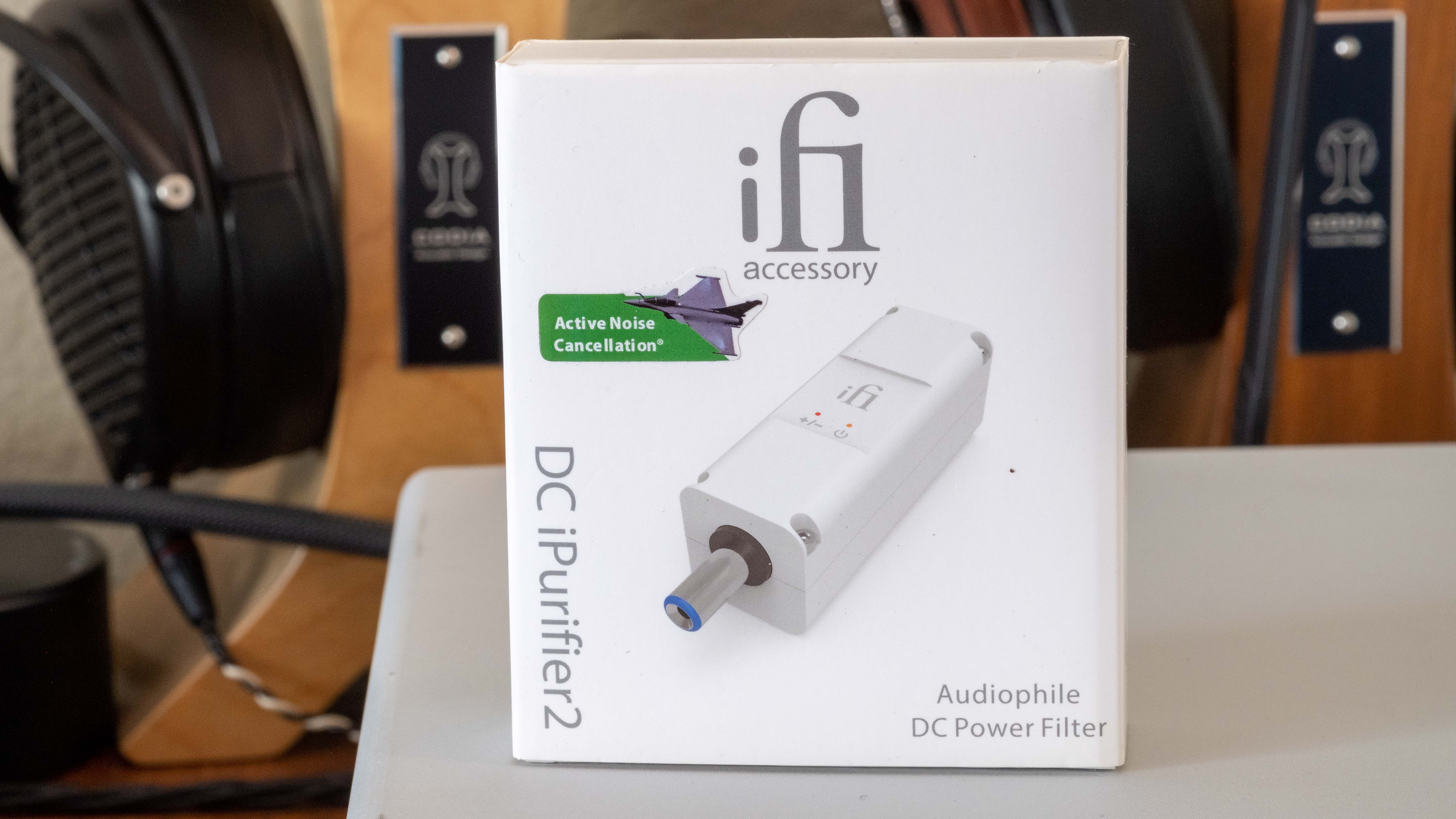 Up next is another product from iFi: the DC iPurifier2. I know, the names and numbers get confusing, but I guess that's what happens when the company constantly tries to one-up its existing models. The DC iPurifier2 goes for $99 and works via similar concept, but this time filtering incoming power instead of USB data. It works with devices using external switch-mode power supplies (which are not typically known for their quality) so anything with a built-in linear PSU is off limits. Read the product page for specifics on how this thing does what it does. 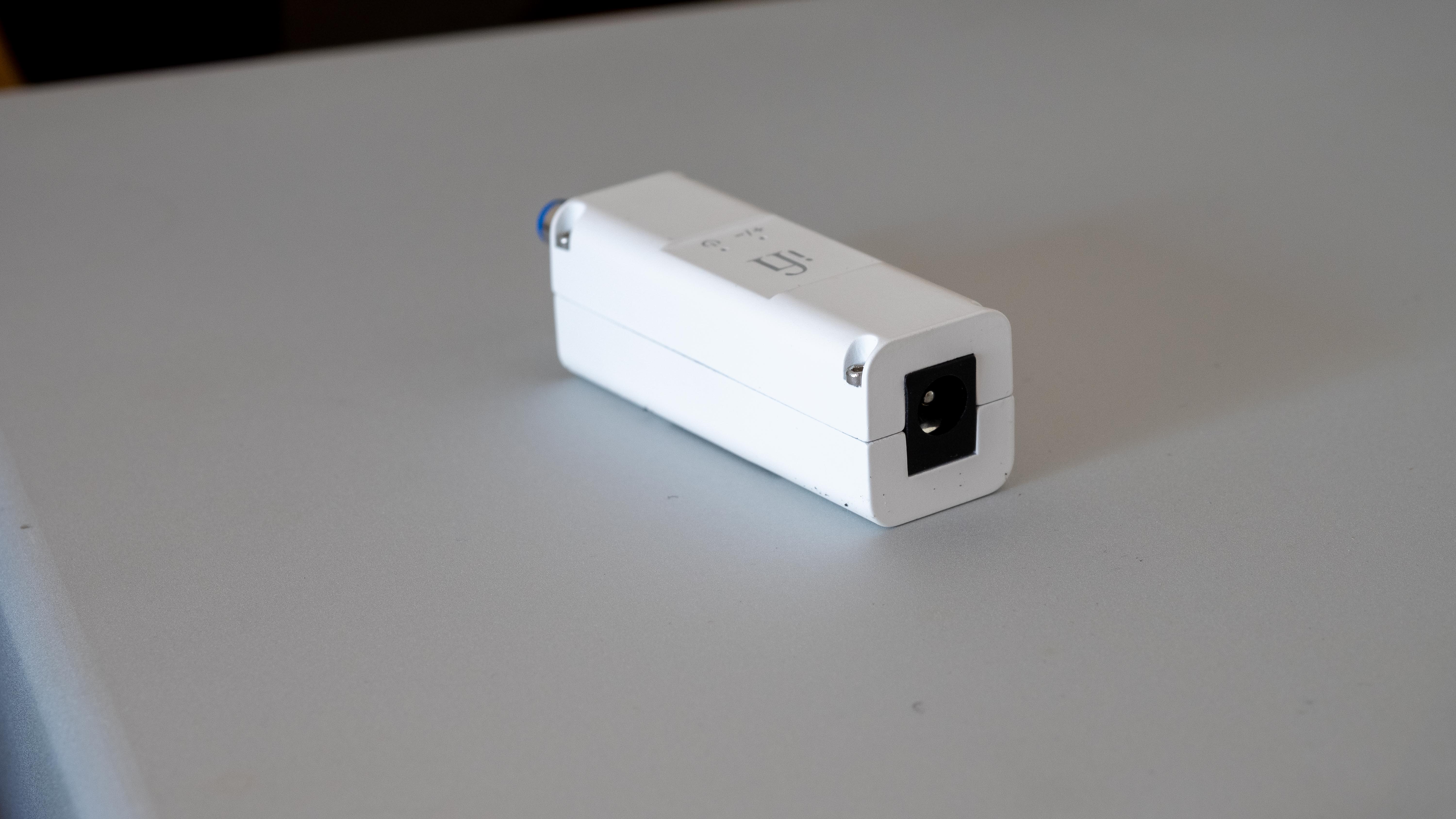 I again set out to test the device with everything I had in the house - this time I could use headphone amps and music streamers in addition to DACs. Again, lots of variation in terms of results, so I'll just list some noteworthy examples. Note that iFi includes a bunch of different adapters so it should work with most devices regardless of their DC barrel size. 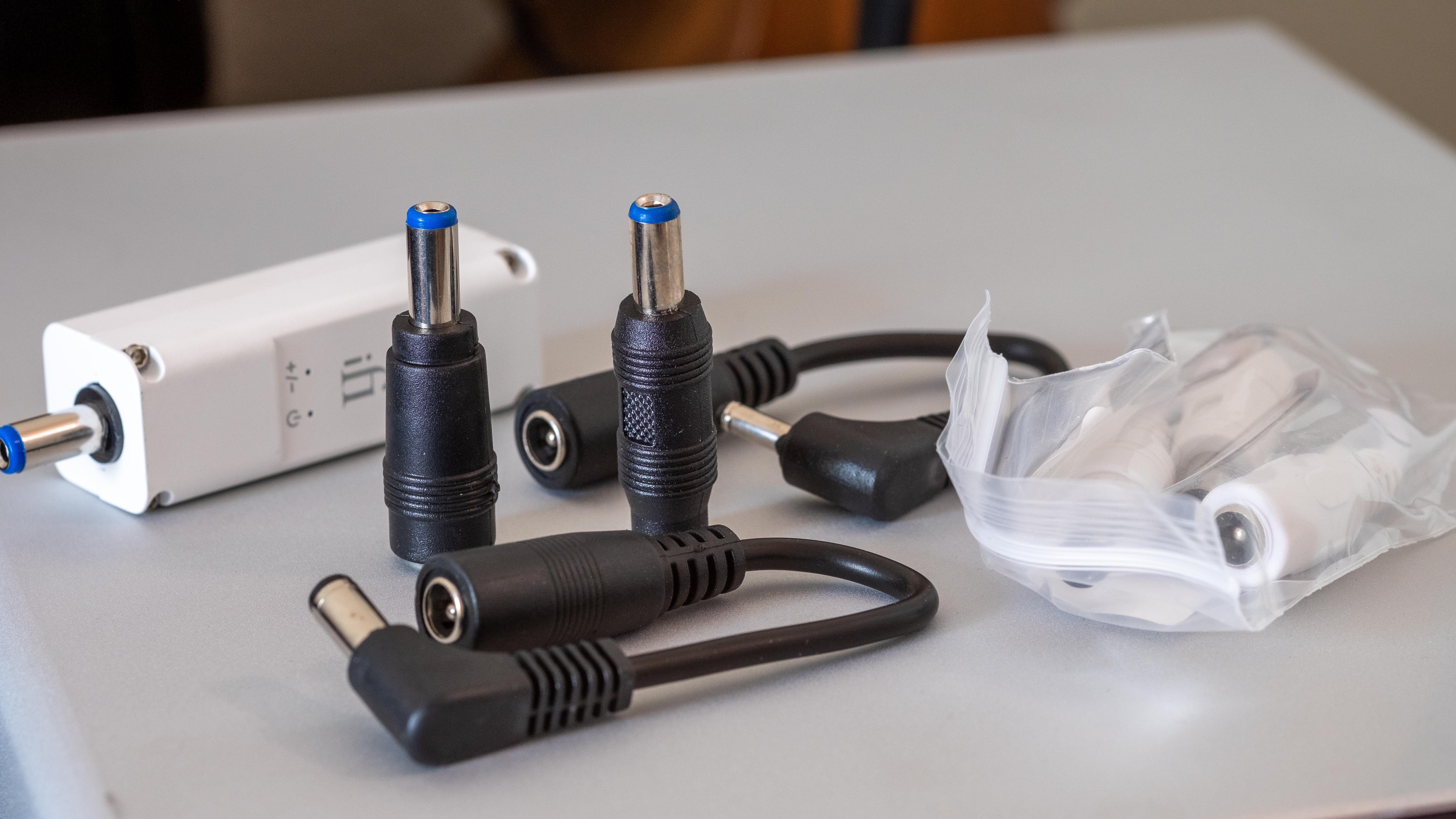 My first idea was the Cavalli CTH headphone amplifier, but it didn't pan out. The DC iPurifier2 is rated to handle anything from 5V to 24V, and up to 3.5 amps. Well, the CTH has a 28V power supply, so I figured it would be best to avoid that combo - it may be close enough to work but I'd rather not chance it.

I switched to the previously mentioned Airist R2R DAC, which uses a 5V power supply. Again, this showed why the R2R DAC's reputation for upgrades is well deserved. The resulting sound had a richer tonality and felt more dynamic, which in my experience is pretty common when upgrading to a better PSU. Combining both iFi products with this DAC makes a significant improvement in pretty much every aspect of sound. 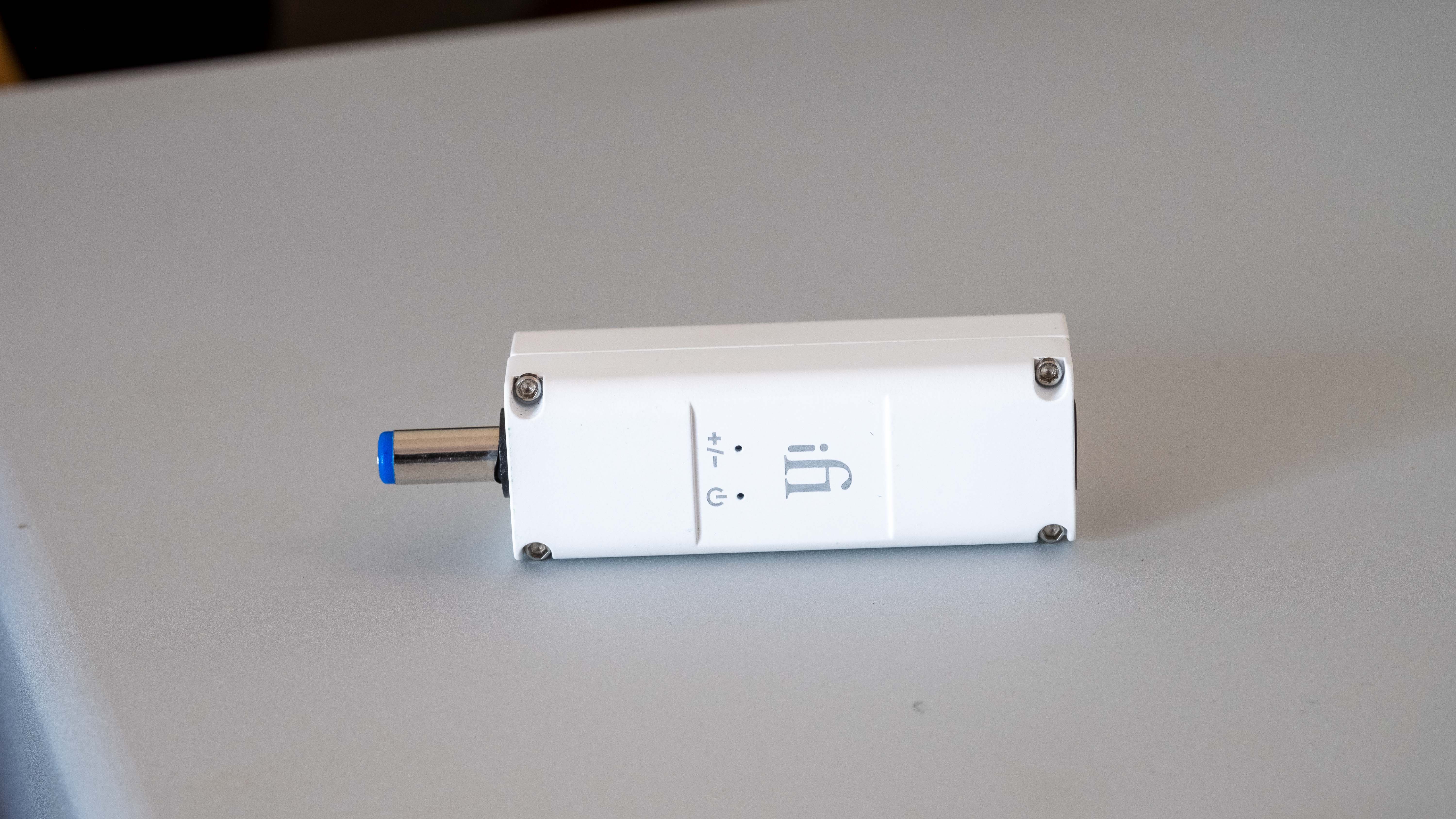 The little Audinst DX-1 USB DAC/headphone amp can run from USB power or utilize the bundled switching PSU for improved performance. It doesn't have much impact when using the DX-1 in DAC mode with an outboard headphone amp or active monitors. But when driving headphones directly, the external power brick helps quite a bit - particularly with more difficult to drive headphones. The DC iPurifier2 followed this same pattern, with little or no improvement to DAC mode but a fairly obvious boost in focus and midrange clarity when driving most planar magnetic headphones. After using it for a while, it was pretty painful to go without.

I normally run my Euphony PTS music server with a Keces P8 linear PSU. It makes a substantial difference over the stock SMPS. But in the interest of experimentation, I brought the stock power brick out from storage to gauge the effectiveness of iFi's power tweak. While the PTS theoretically calls for a 4 amp power supply, the display on my Keces P8 shows that it rarely draws even half that amount... that's probably headroom to allow for multiple powered USB attachments. So the DC iPurifier2 worked fine, despite being rated for 3.5 amps max. What I heard was a glimmer of the improvement I get from using the Keces linear supply - tighter imaging, wider and deeper soundstage, lower noise floor, and superior tonality. It's hard to put a percentage on it, but the Keces was clearly better - which it should be given the $700 cost. Still, the improvement brought from the DC iPurifier2 was certainly worth the $99 asking price if my budget would not stretch to a dedicated linear PSU.

Arcam's rHead amplifier showed no improvement at all with the DC iPurifier2 in place. This mirrors what I've experienced trying various dedicated PSU upgrades with this amp. Arcam designer John Dawson told me he deliberately focused on making the most of the bundled SMPS, and I've never been able to improve on it regardless of upgrades. 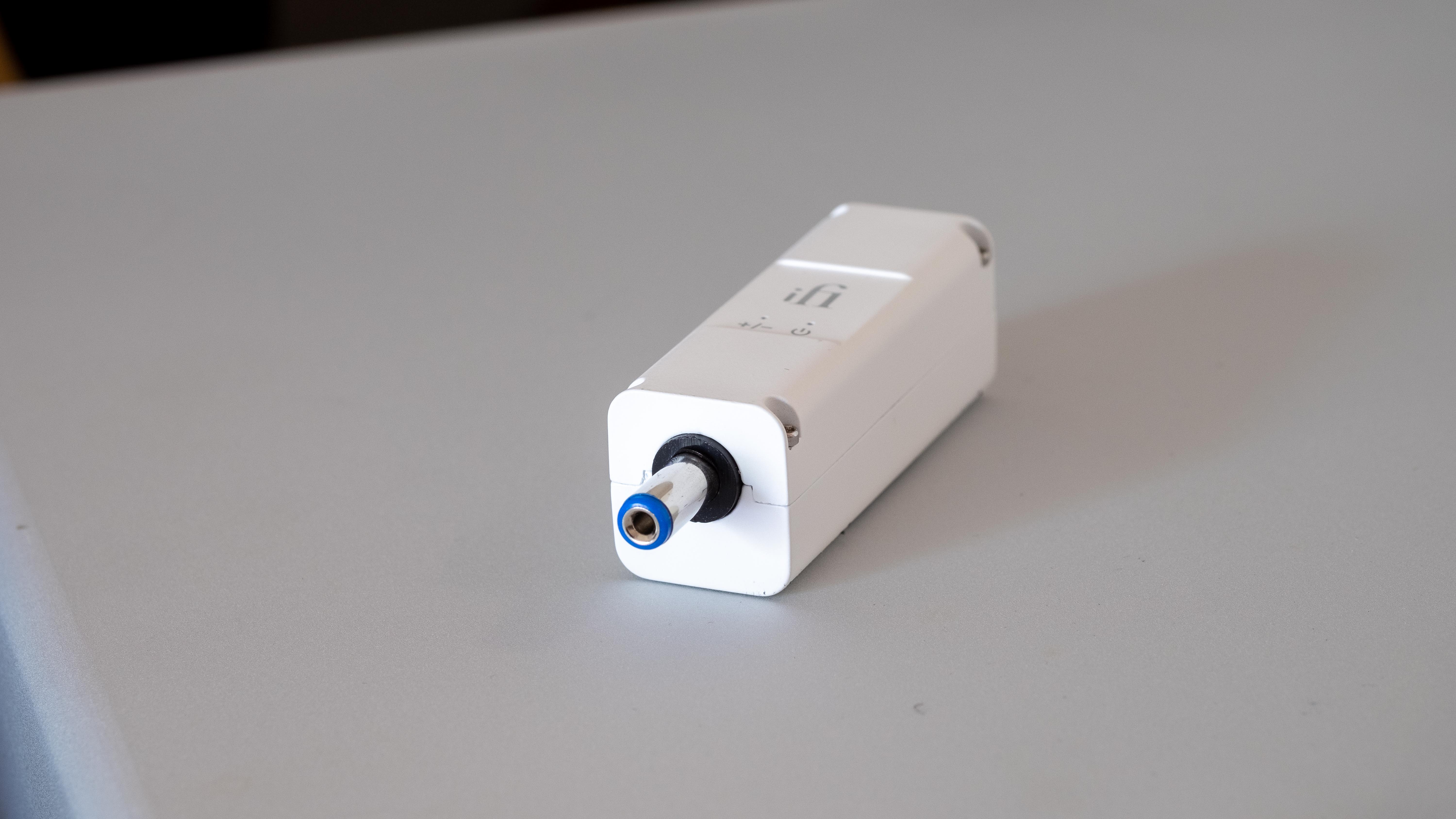 Lastly, the Pro-Ject Headbox DS2 B headphone amplifier showed a pretty drastic improvement with the DC iPurifier2 in place. Much bigger, bolder sound, lower noise floor, and smoother, less grainy treble. As with the Euphony music server, using a dedicated PSU - in this case the matching Pro-Ject Power Box DS2 - goes beyond what the DC iPurifier2 can do, but also costs significantly more.

The conclusion for the DC iPurifier2 is pretty similar to the iPurifier3, with the added caveat that a few devices fall outside its range of compatibility. When it does work (which is most of the time), it acts quite a bit like a dedicated power supply upgrade in terms of results. There are some devices that don't respond well to this sort of upgrade, but many show an appreciable sonic upgrade which is worth the $99 outlay.


Taken as a whole, the Airist R2R DAC is probably the best example of this purifier pair working well together. The total upgrade cost is $228 and it gives fairly dramatic results. That price is on the low side for adding a dedicated linear PSU, and very low for an appreciable transport upgrade, but the iFi duo basically gives us a taste of both.

The bottom line - anyone who tends to rotate gear often (or owns multiple systems) should consider adding one or both iPurifier models to their arsenal. They won't work with everything, but when they do the results are often fantastic for the cost.
Last edited: Jun 5, 2020
My reviews: Darko.Audio | InnerFidelity
You must log in or register to reply here.