Menu
Log in
Register
Wyred4Sound Intimo Review - Reviews
Overview Reviews (1) Gallery
What Happens When High End Disappoints: The Intimo by Wyred4Sound
Pros: Build is nice with solid case
Cons: DAC sounds plastic and very artificial compared to dacs costing less, display is old fashioned + difficult to understand, the menu to select features is old fashioned and difficult to understand and use, no remote, no xlr, no AES, no I²S, decent sound but not close to price performance, poor dynamics or authority over music, did I mention the poor menu system? volume makes noise when adjusting and is really annoying for $1500, no blue tooth ( I could care less but for price so many others offer best bluetooth option) etc read the review 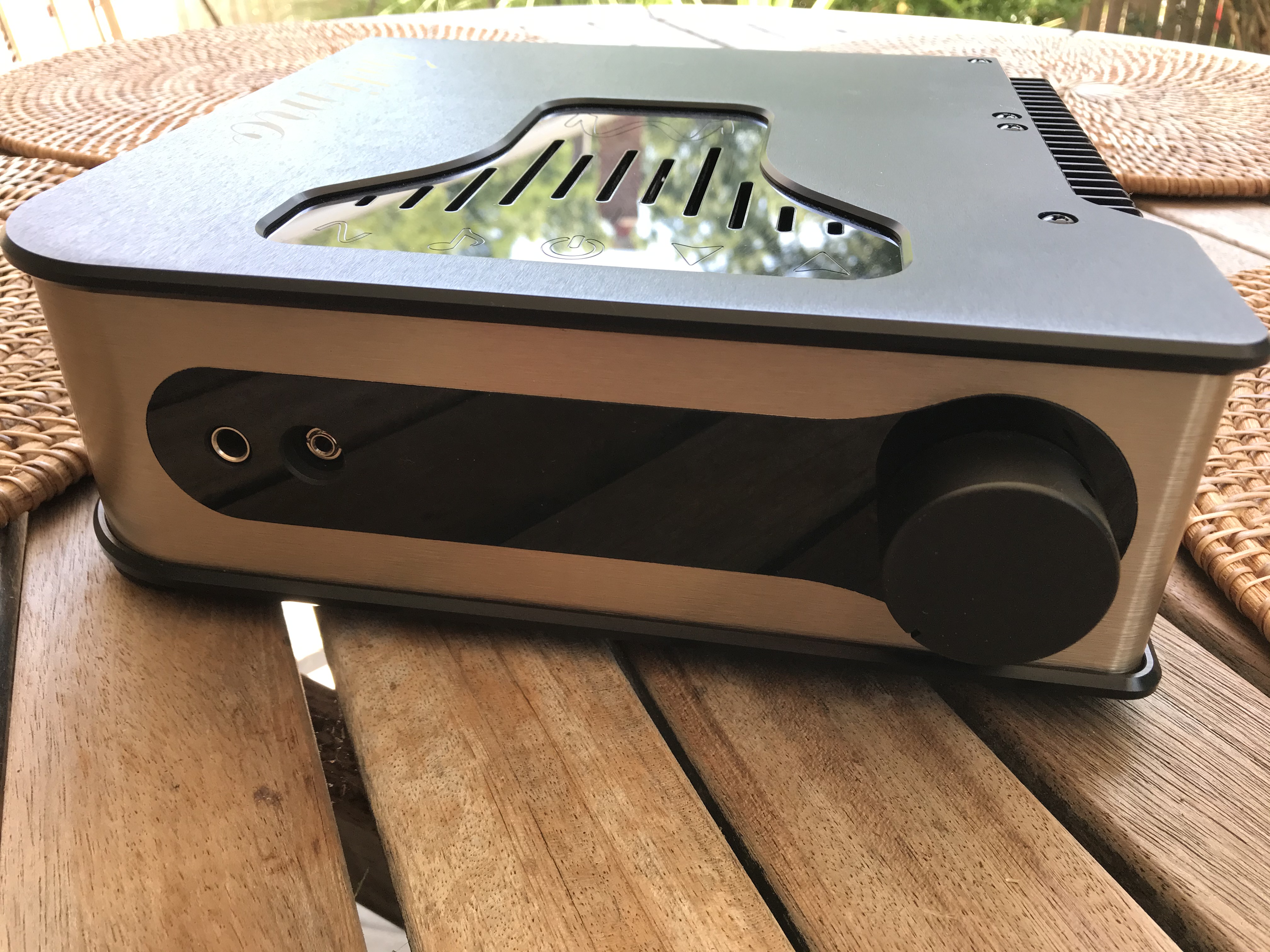 So you know, I have 3 systems at my home- my speakers are Vandersteen 3a Signatures, Magnepan 3.6r and my desk top system which uses SEAS drivers in custom D'Appolito configuration.
I edit videos and film on location for professionals- I mix sound for a living occasionally after I film them in person- sometimes I am handed tracks that are terrible masters but am asked to make videos from them without re-mastering the sound. My IMDB page is https://www.imdb.com/name/nm8127846/
I am not a flake or hard of hearing at all-I get sound tested by my doctor each year or two. I grew up with sound engineers in the studio who were mixing albums at The Mix Palace and Platinum Sound Recording and The Power Station, Electric Lady Studios Studios in NY to name a few. When I like something I will review it such as the Kennerton headphones I reviewed on head-fi before. If I take the time to review something it has to be meaningful- it must have moved me and compelled me to do so- I do not get paid for any reviews. I do this because I care to set the record straight on what I hear and how I felt about a particular piece of equipment.

I may never get another piece of Wyred4Sound gear to review again and probably will be outcast for even printing this... but here we go...

What happens when a product doesn’t measure up to gear that’s cheaper or is uninvolving sounding or just has so many quirks you scratch your head wondering what the company was thinking when they decided to omit necessary features and add features no one really asks for? Or menu systems as complicated as old vcrs or reminds you of CD players that are over 20 years old in execution? What if they just don’t sound as good as cheaper equipment? 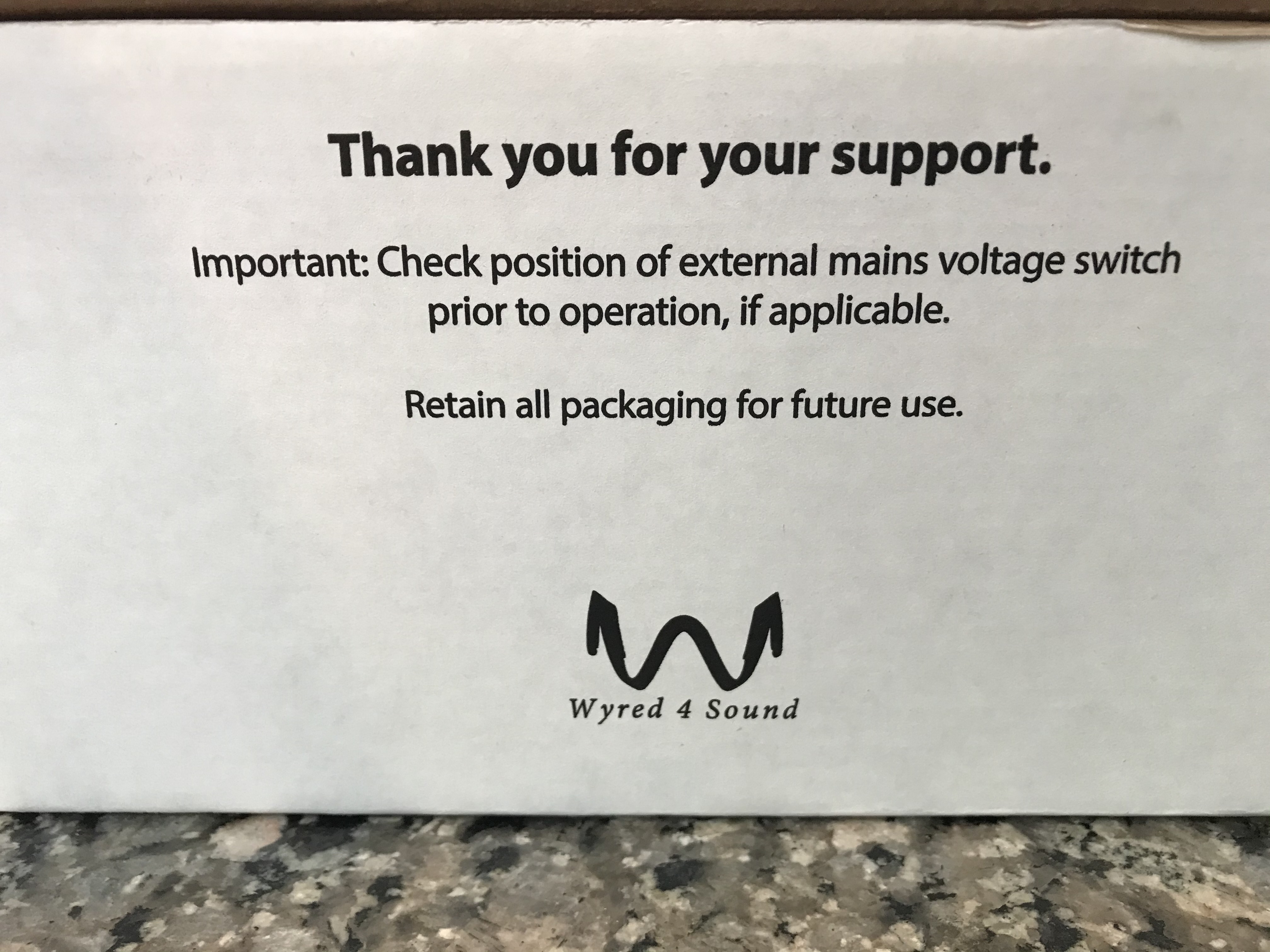 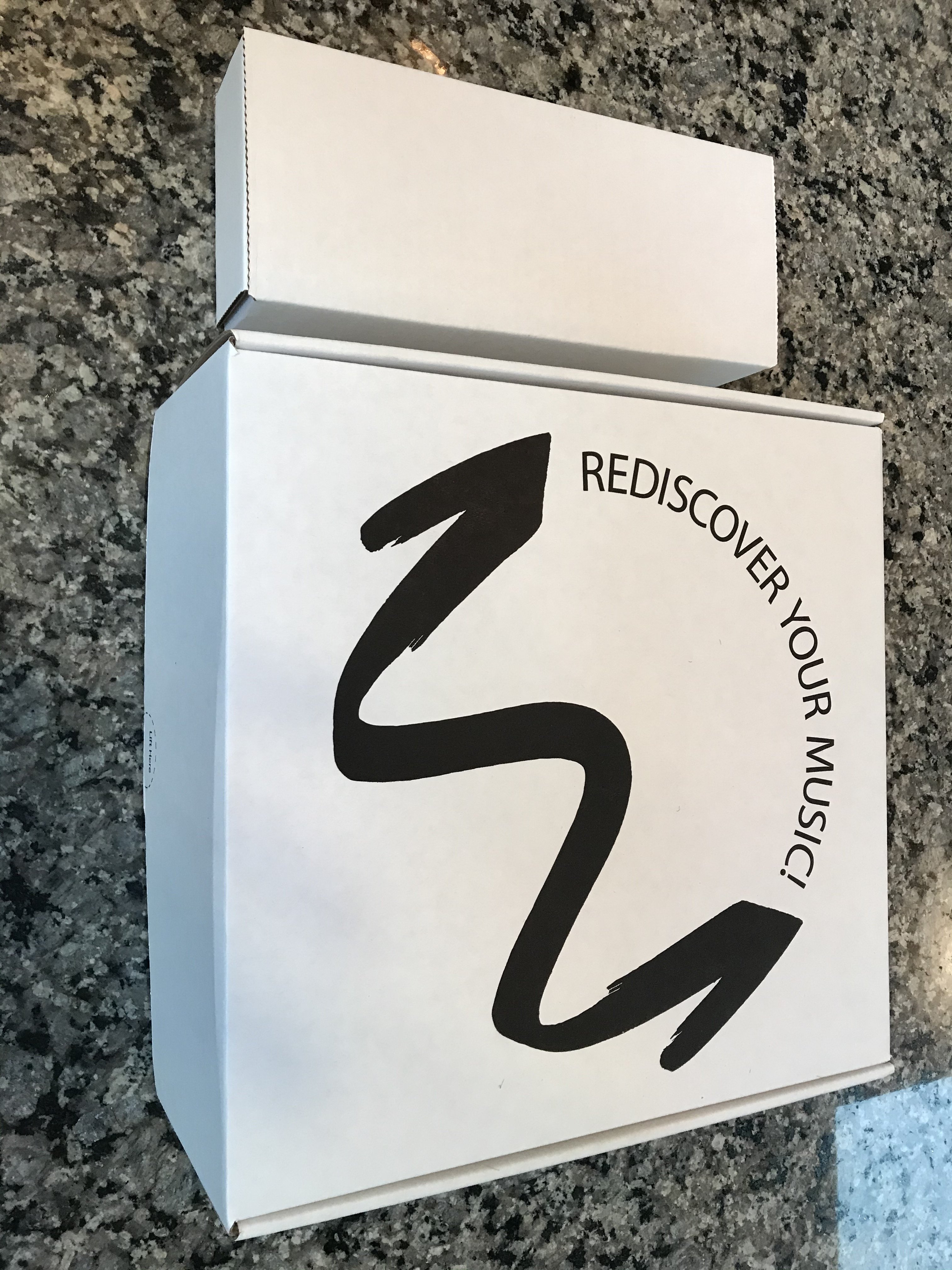 I tried all inputs
As a stand-alone dac
As an amp dac
I tried high - low impedance
I tried high- low gain
I tried the high med and low eqs at the end of review while streaming
I tried all my headphones (Kennerton Magni +Gjallarhorn JM Mod), Sen HD600, Sen HD650s, Master Dynamic MH30, Sony MDR-Z1r, Denon AHD720, and a handful of IEMs like Etymotic ER4s/p both 27ohm and 100ohm), Penon ORB, Shure SE535, and a few others)
I used three different Digital COAX wire, two different RCA wire when using as dac, USB three different wires (my favorite usually is Kimber), two toslink wires tried
I have dedicated circuit breaker only for audio system running to my electrical box, and tried Tripplite with and without)

I let it burn in for six cds before concluding the obvious-
Nothing is going to change that much after normal break in on this amp/dac called Intimo.
The amp is weak. My portable Fiio q5s has similar power if not more dynamics in spades.
The dac has issues - it doesn’t sound smooth or musical or detailed - it’s like an old dac from 5-10 years ago except maybe it's quiet and is somewhat holographic
The digital volume makes noise as you turn it up and down
The amp is noisier than both Gilmore Lite II and Pass Whammy with nothing playing with HD600 and Magni and Orb IEM- I did adjust gain and impedance.
Display is like an old VCR
The menu is nuts & old fashioned

The eq is so limited and hard to dial in for average user
The phase has its own dedicated button?
XLR ? no
Lack of aes input and lack of I²S
No balanced input for hp
No Bluetooth option (I would never use it but many DACS/AMPS have it for less $
No remote

These would be fine IF those features or inputs were omitted IF it had a stellar amp like The Gilmore lite 2 equivalent or the Pass Whammy...Both I own and both sound better (not even talking tubes comparison to my OTL amps). Even the Massdrop THX 789 AAA or Topping A90 are better choices for amplification.

The DACs today like the topping D90 or DENAFRIPS ARES II R2R make things really hard for older ESS 32 bit designed chips.
So the dac is not competitive and the amp isn’t competitive
It’s so hard for me to continue so as not to waste any ones time... but I want to mention-
I DID read the other article by 'Darko' and his outside author (not mentioning names) but you can see his struggle to be honest in between the words is my guess- he works for a magazine- and some of them rely on revenue from companies to always make gear sound good when reviewing is my only conclusion- I could be wrong maybe he liked the bad dynamics and poor DAC and horrible menu. I can't see why or how. Well what happens when gear is sub par and a reviewer gets it?

Since wyred4sound has always been to me the pinnacle of affordable/obtainable high end and made in USA- until this...

Stopped reviewing because nothing makes any sense on this Wyred4Sound Intimo to me at all, not the price not the sound and not the menu system. It really is overpriced. At $599 it would be a deal- maybe but certainly not at $1499. Very disappointed and let down by a USA company that I always thought excelled at musical equipment. 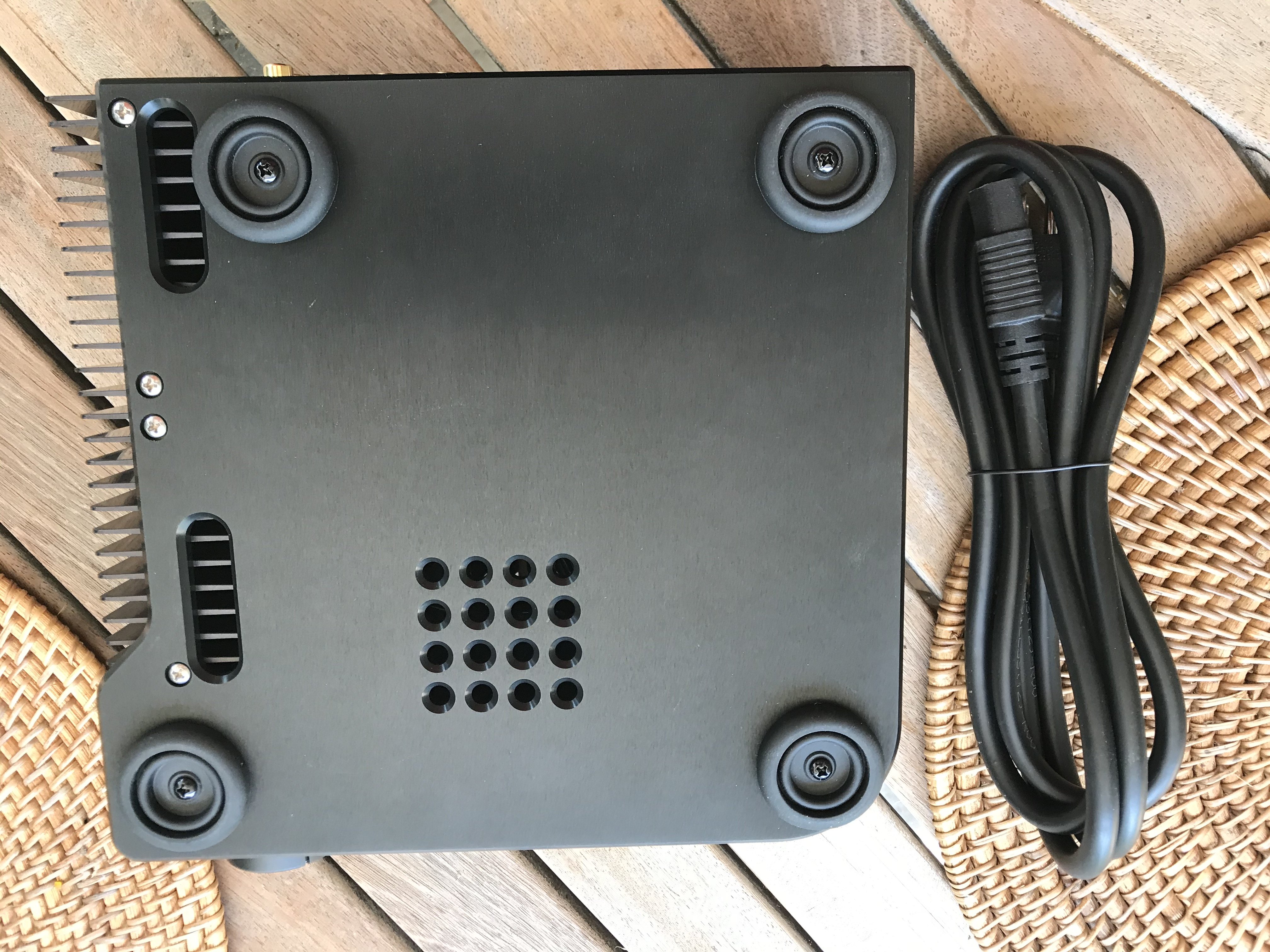