WOO Audio is proud to introduce the WTP-1 Top-Loading Red Book CD transport. Together with the WDS-1 D/A converter, this transport offers the highest CD playback quality. The special suspension of the drive module ensures highly accurate readout and resistance to vibration.

The WTP-1 has two digital outputs, an S/PDIF output with RCA connector and an Optical output.

High quality construction features include an all-aluminum chassis with no screws visible from any viewing angles, individual power supplies for both digital and analog circuitries, a custom built toroidal power transformer, multi-layer military grade PCBs, and an aluminum remote control. All of the above are the result of our extensive focus on vigorous product development and improvements.

Pros: Excellent sound quality, sturdy build quality, minimalist lifestyle design, not too expensive
Cons: Plays Redbook CDs only, few features, no RCA jack, long wait times to buy
I noticed there aren't any reviews up for the Woo Audio WTP-1 CD transport, probably because it's designed to satisfy a "niche market" such as myself. I own about 2500 Redbook CDs, most of which are Japanese mini LPs and gold remasters. I need a CD transport that is small enough to fit on the headboard of my bed. It must conform with the quality and appearance of my mid-level headphone rig. Finally, I am partial to top loaders so I can pretend I'm playing a record ; )

After many months of searching, I finally found the WTP-1. It's designed to complement Woo Audio's WDS-1 DAC, which I can't comment on because I ordered the WTP-1 only. For some reason I couldn't buy it from Woo Audio directly, so I ordered it from an authorized dealer. At that time, the WTP-1 seemed to be in a continuous state of On Backorder.  As a result, it took 6 weeks to finally arrive at my door, but I am glad I waited.

The WTP-1 has a striking but minimalist appearance. Its CD cover, consisting of a thick aluminum ring and disc hovering above, reminds me of the platter and vinyl LP atop a classic analog turntable. The front panel contains a blackout display with four buttons. The rear panel provides two SPDIF outputs (one optical and one BNC) and an AES. The substantial weight and sturdy build quality gives the illusion of being machined from a solid block of aircraft aluminum.

The WTP-1 is a pleasure to use. The CD cover is attached to a rotating arm that allows me to manually lift and swing the cover away like a tonearm, thereby completing the illusion that it's a turntable. The CD is secured to the independently-suspended Sony transport with a magnetic weight, which if omitted will prevent playback and display an error message. Control consists of the basic functions: play/pause, stop, skip back, skip forward. Response time is adequate.

Once broken in, I can say the sound of the WTP-1 is top-notch. Listening through my miniDAC > Soloist > LCD3, the WTP-1 is a night-and-day improvement over the digital output of my trusty tabletop JVC receiver. This is enlightening for those of us who were led to believe that there is little audible difference between transports. Areas of improvement include soundstage, separation, definition, extension, nearly every audio parameter you can mention.

Like many other audiophile components, the WTP-1 requires a break-in period. Initially, there was a treble peak that was so loud, I was forced to turn down the volume to an unsatisfying level to prevent ear pain. It sounded worse than my JVC at first, and I was concerned I had made an expensive mistake. However after a couple hundred hours of play, the frequency response flattened out and I am once again rocking out.

The WTP-1 includes a remote control with a sturdy build quality similar to the WTP-1. This remote duplicates the buttons on the WTP-1, and includes a lot of other buttons intended for the WDS-1 which I'll never use. The remote is so small it must use a nonstandard coin-type battery that may be difficult to find at your local Walmart. I've used my remote for 10 months and so far the battery hasn't needed replacement.

In conclusion, the Woo Audio WTP-1 CD transport is a worthy addition to a mid-level headphone rig. At a price of $1200 USD, it is within reach of most serious audiophiles. If you own a lot of CDs and you've been driving your DAC with an inferior CD transport, or serving your music through a computer USB connection, the WTP-1 will be a big improvement in sound quality and listening experience. 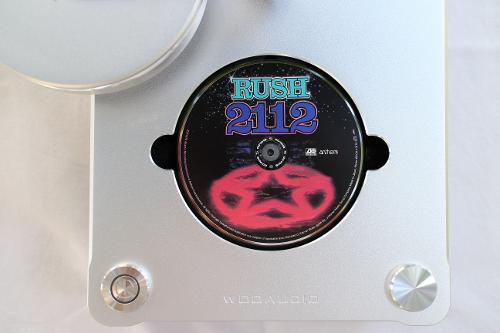 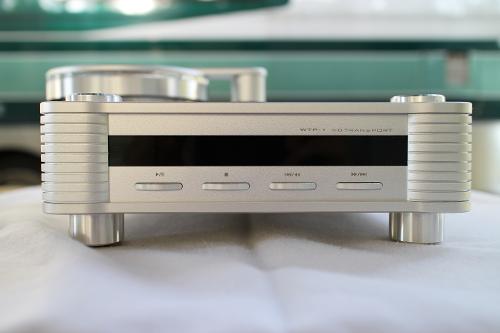 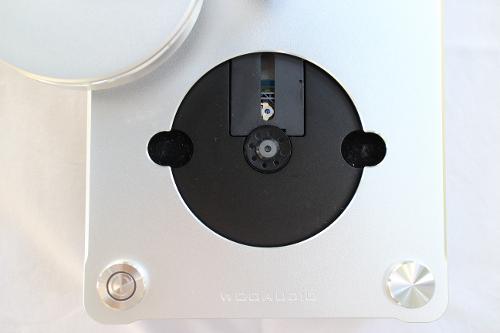 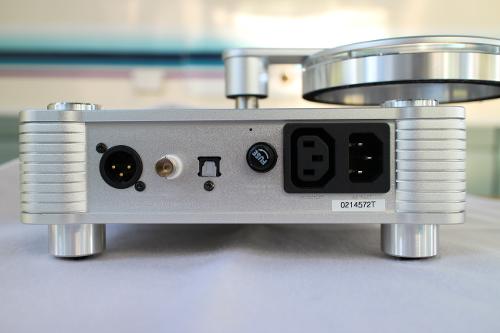 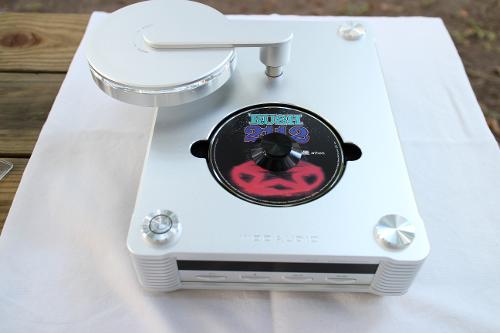 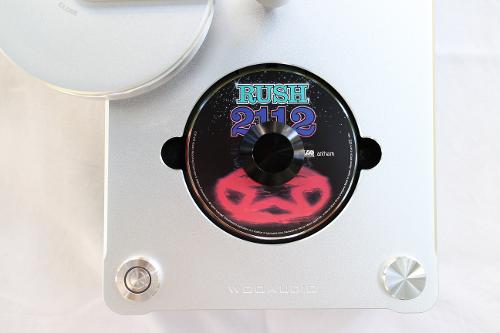 edstrelow
I concurr in your evaluation. I liked the Woo transport so much that I bought a second one. My most striking observation wa the increase in dynamics on all DACs I ran these with. Unfortunately Woo has stopped making these supposedly because of problems obtaining some parts. Get one if you can find it.

reddog
A great, very informative revw. I am very tempted to get this dedicated CD player, which I would hook up yo my Yggdrasil.

edstrelow
I keep seeing this transport for sale, so evidently Woo is still making it. Mine are both working fine after several years. Initially I found that it did not benefit from any special footers, unlike just about everything else I own. More recently I found that small pieces of 1/4 70 duro self stick sorbothane, i.e. pieces about 3/4 by 3/4 inches, stuck around the underside could improve the sound somewhat.
Read more…