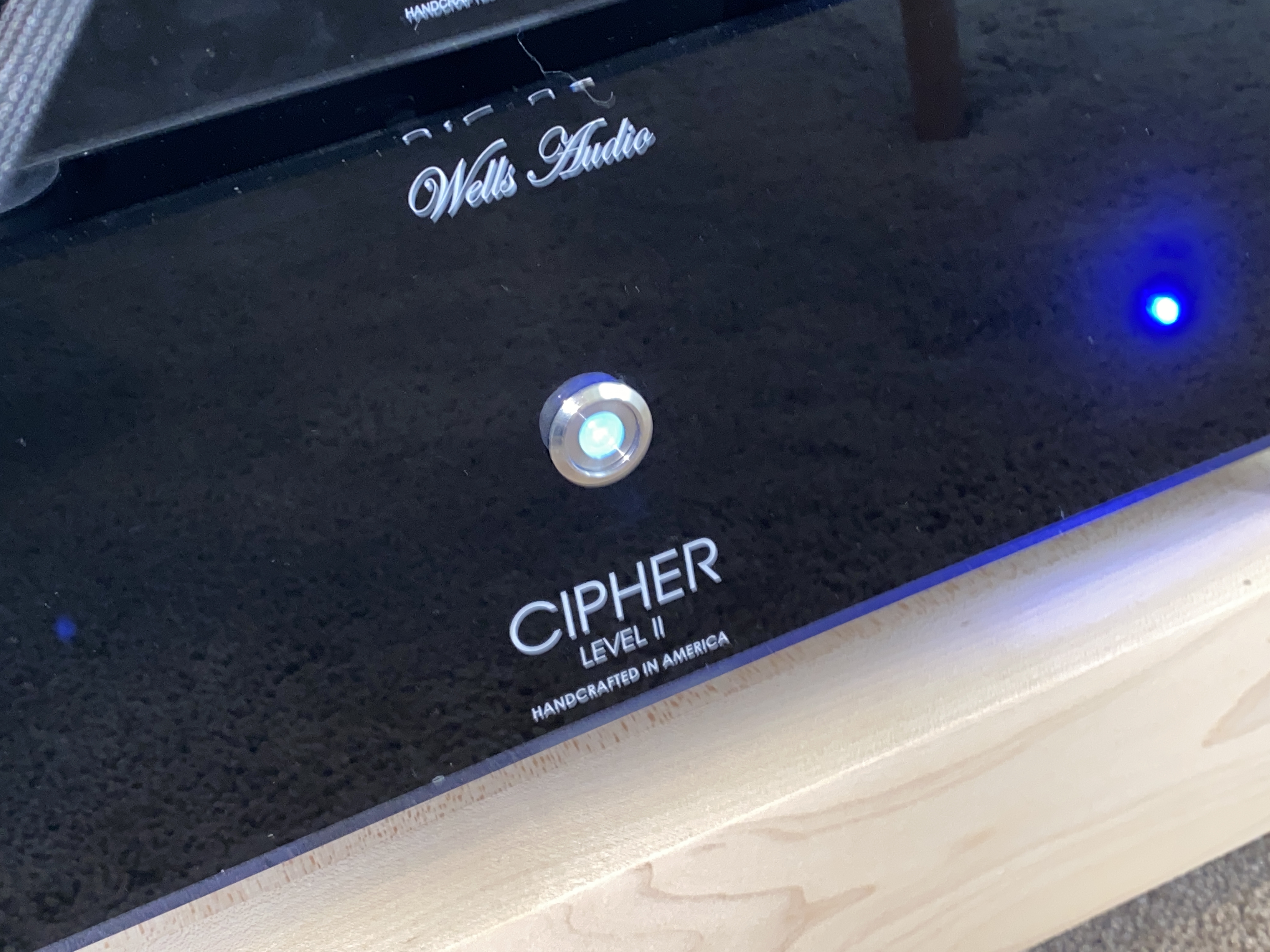 Wells Audio Cipher Level II - a very, very nice DAC
Pros: Sense of space
Natural
Detail
Cons: It is big, this is not for your desktop
Price, the Level II version is not cheap by any measure
This is my first review and I am going to keep it relatively brief. I purchased the Cipher Level II and, aside from being a customer, am not connected to or affiliated with Wells Audio.

It starts with a philosophy
The most memorable meal that I have had was not at a restaurant, it was at a friend’s house. My friend is not a chef. Four of us stood in her modest kitchen sipping wine as she prepared dinner. She chatted casually while chopping and sauteing. The dish that she prepared that night took about 30 minutes from start to finish. She handed each of us a plate and we moved to the dining table. The first bite that I had was mind blowing. The flavors came together harmoniously and yet I could see and taste each ingredient that was in the dish. There were less than ten. Despite years of effort, I have never been able to recreate the experience I had that evening. It was the use of only a few ingredients, each of high quality, prepared with expertise and passion that made the dish so great.

My decision to listen to, and eventually purchase, Wells Audio equipment was initially based upon my desire to support a local, small business owner rather than a larger company. I had questions so sent Wells Audio an email. The next day Jeff responded asking if we could speak on the phone. Through our conversations I learned more about the philosophy of Wells Audio. As it turns out, Jeff’s approach to audio gear is the same as my friend’s approach to cooking. Use only a few components, each of high quality, assembled by hand, with expertise and passion.

Setup
I am listening to HiRes tracks purchased from Qobuz. I am using a MacBook Pro as a Roon core and player. The MacBook is connected to the Cipher LII via USB. The Cipher LII is feeding a Wells Audio Headtrip II via RCA and I am listening with Abyss 1266 Phi TCs. I am not doing anything fancy with power, Ethernet cables or internet switches.

Cipher Level II DAC
You can read about the Cipher and Cipher Level II (here), so I won’t include all of the specs. It is a simple box with S/PDIF and USB inputs. There is a toggle on the back to flip between these two items. There are RCA and XLR outputs. It is a single ended design. The Cipher has a tube output stage and the Level II version does have an internal re-clocker. Opening up the top of the unit reveals amazing internals. I really do wish that the unit were more compact, but when you see the size of the capacitors and other components, it is clear that the room is needed. The demo unit at Wells Audio has a clear plexiglass top and I have to say that it is pretty awesome to see inside. The boards are soldered by hand. I like the craftsmanship of this piece of equipment.

Sound
The magic of the Cipher is the combination of a very natural sound and a huge sense of space. These two items are brought together without a sacrifice to detail. I remember seeing the Indigo Girls at a small club in Seattle. It was a great performance and I was less than ten feet from the stage for most of the show. A year or two later I saw Pink Martini at the symphony hall, also in Seattle, and sat relatively close to the stage. While both shows sounded wonderful, the Pink Martini show had a much larger sound stage. In addition, the room was better isolated and the acoustics were much more favorable for a musical performance. Adding the Cipher LII to my system created a similar sense of seeing the show in a symphony hall. A huge sound stage, very natural and an incredible amount of detail are a powerful combination for this DAC.

Prior to purchasing the Cipher, I was primarily using a Hugo2 with my Headtrip II. The Hugo2 is a great DAC and I still enjoy it, especially for portable needs. I mention this simply because it is my point of reference. This is by no means a competitive comparison of the two DACs. While the Cipher LII reminds me my experience in the symphony hall, to me, the Hugo2 is a bit more like seeing a band in a smaller club. To me it is just more compact. The sound is more compact, the physical unit is more compact and the price is also more compact.

Free Ride (Nick Drake) – A talented artist who’s career was cut short in the early ‘70s. For me, older, acoustic pieces are a great test of the naturalness of a system. The guitar picks are analog and real, it is amazing. Soft percussion shows the depth of the soundstage.

The Peppery Man (Natalie Merchant / Hazmat Modine / The Fairfield Four) – The texture of the vocals in this song is incredible. A soft tuba in the background, brilliant harmonica off to the side each compliment the vocals. As the song builds in volume and complexity, you can hear each of the instruments, but they combine to create a wonderful and musical experience.

Temptation (Diana Krall) – The plucking of the base pulls me into this song from the beginning. The highs from the percussion are perfect in their detail and contrast to the base. The soulfulness of Diana Krall’s voice is seductive and natural.

Conclusion
In 2021 it is pretty tough to find a handcrafted product such as the Cipher. This DAC was a significant upgrade to my system and I am thrilled with my decision to make the purchase. I love the natural and spacious elements that it brings to my listening sessions. If you are at all interested in the approach that Wells Audio brings to their products, then you really should contemplate the Cipher / Cipher Level II. The best way to know if this product is for you is by giving it a listen. If you are able to find an opportunity to audition the Cipher or the Cipher Level II, I doubt that you’ll be disappointed.
Last edited: Mar 30, 2021
Reactions: Cat Music, hmscott, Ragnar-BY and 5 others

Bonddam
I have Cipher 1 and it's amazing. Everything you covered I'm experiencing.