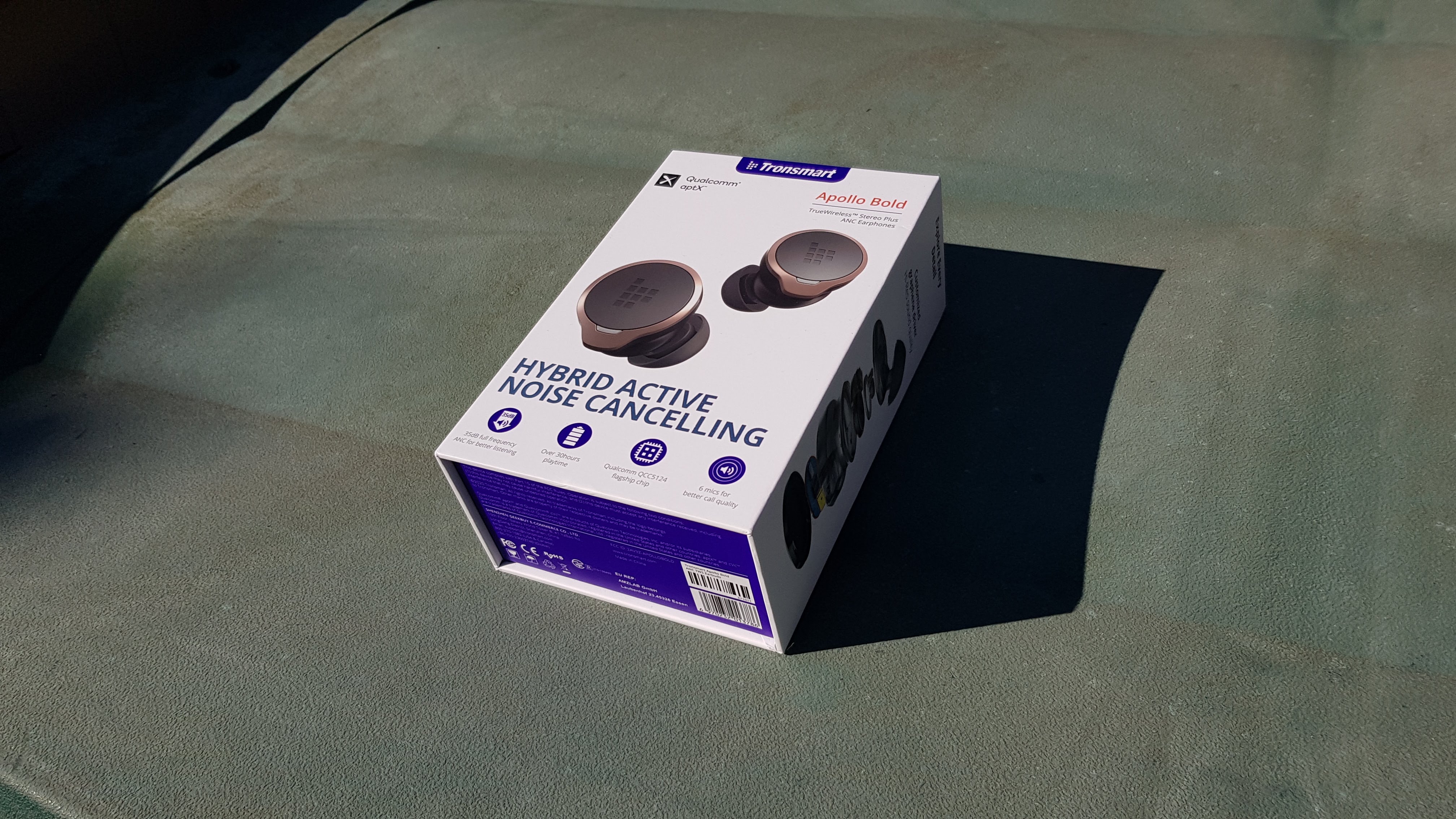 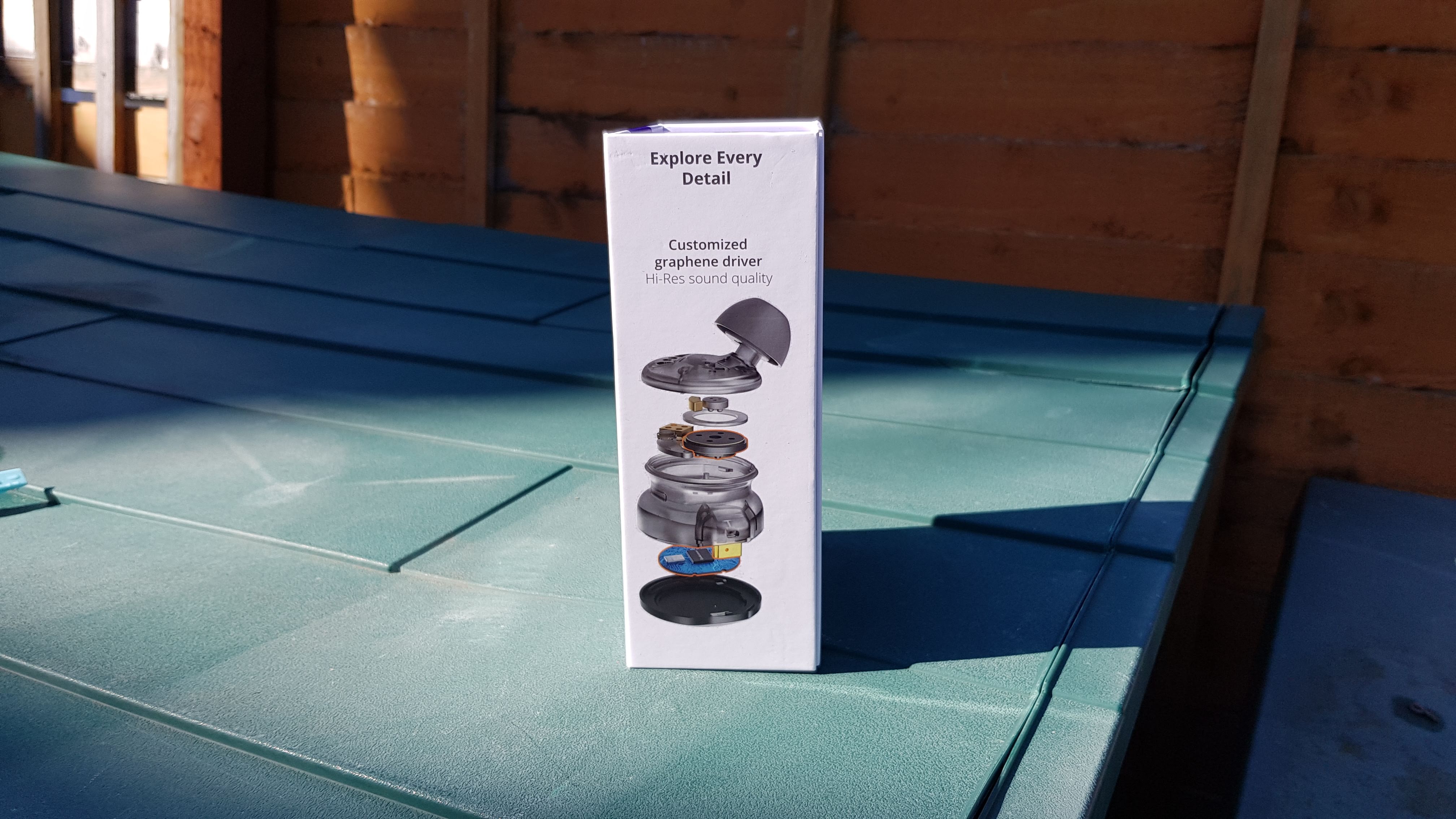 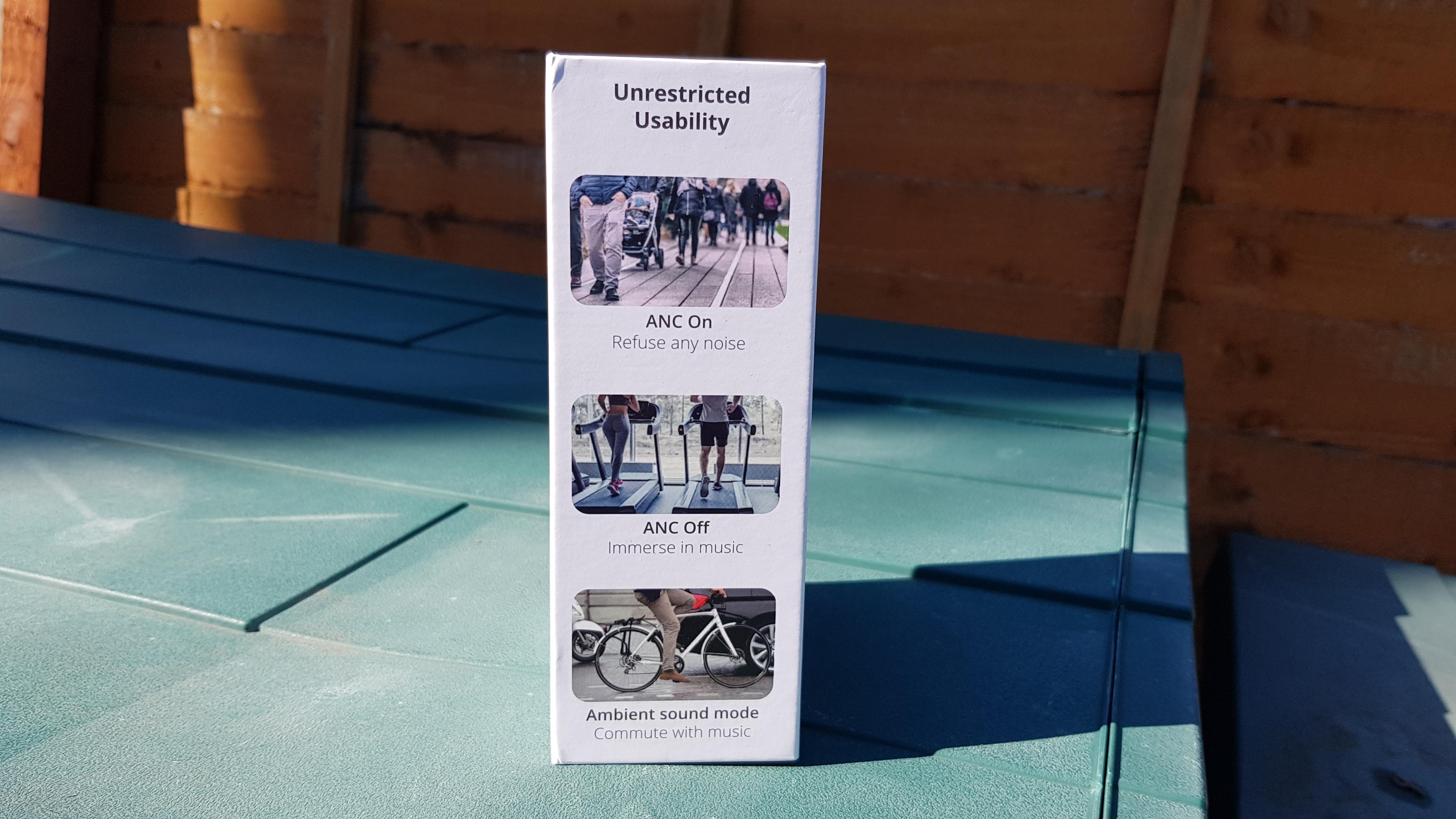 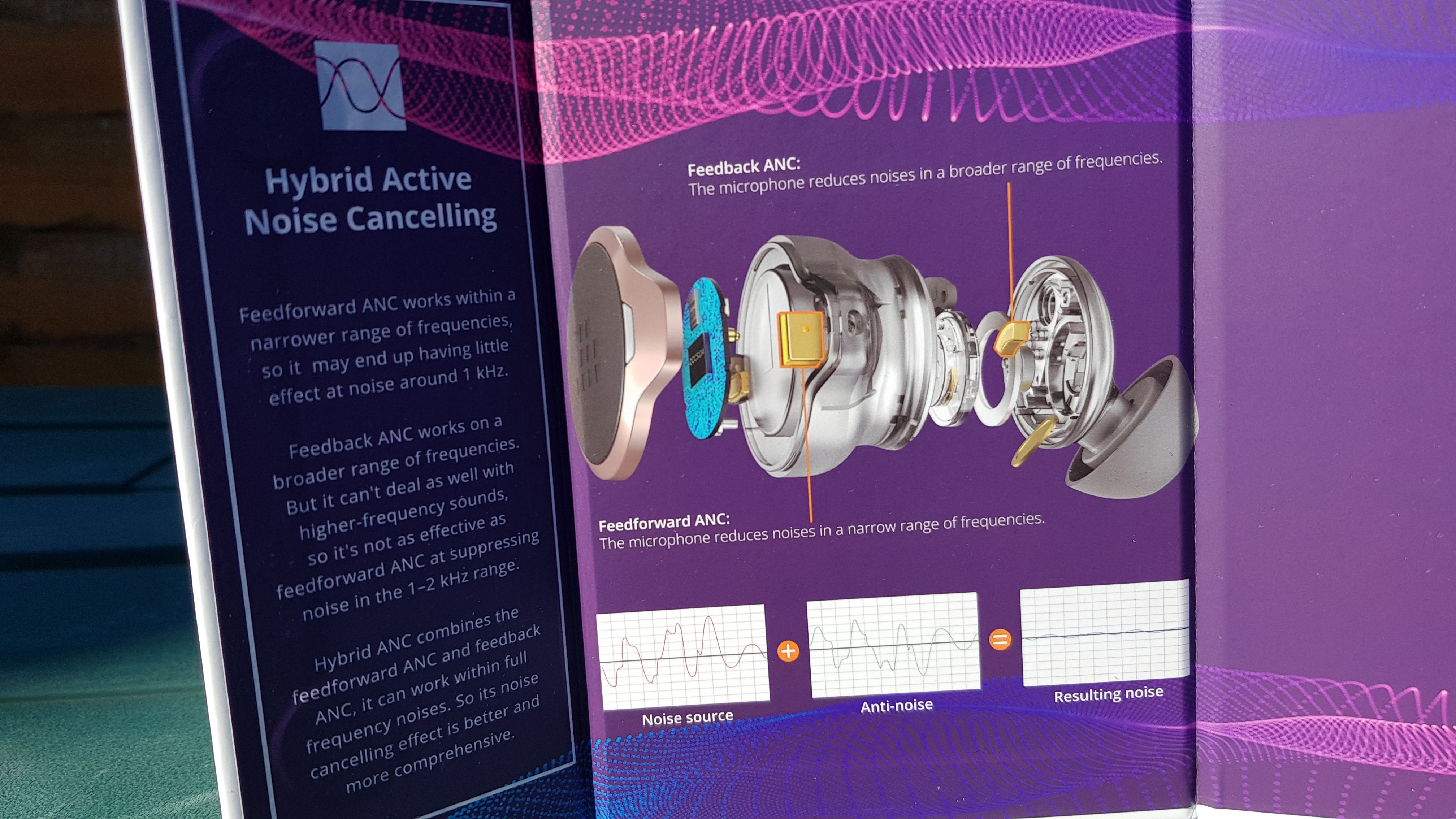 You get the usual accessories - short charging cable, a couple of instruction manuals, two additional pairs of silicone tips in different sizes (no foamies here) and a pleather drawstring carry case (which is a nice touch). Note that all three pairs of tips appear to be quite small (to me at least) so those of you with larger ear holes may need to raid their eartip collection - the good news is that, even with their unusual oval stem, you shouldn’t have any problems finding alternatives. 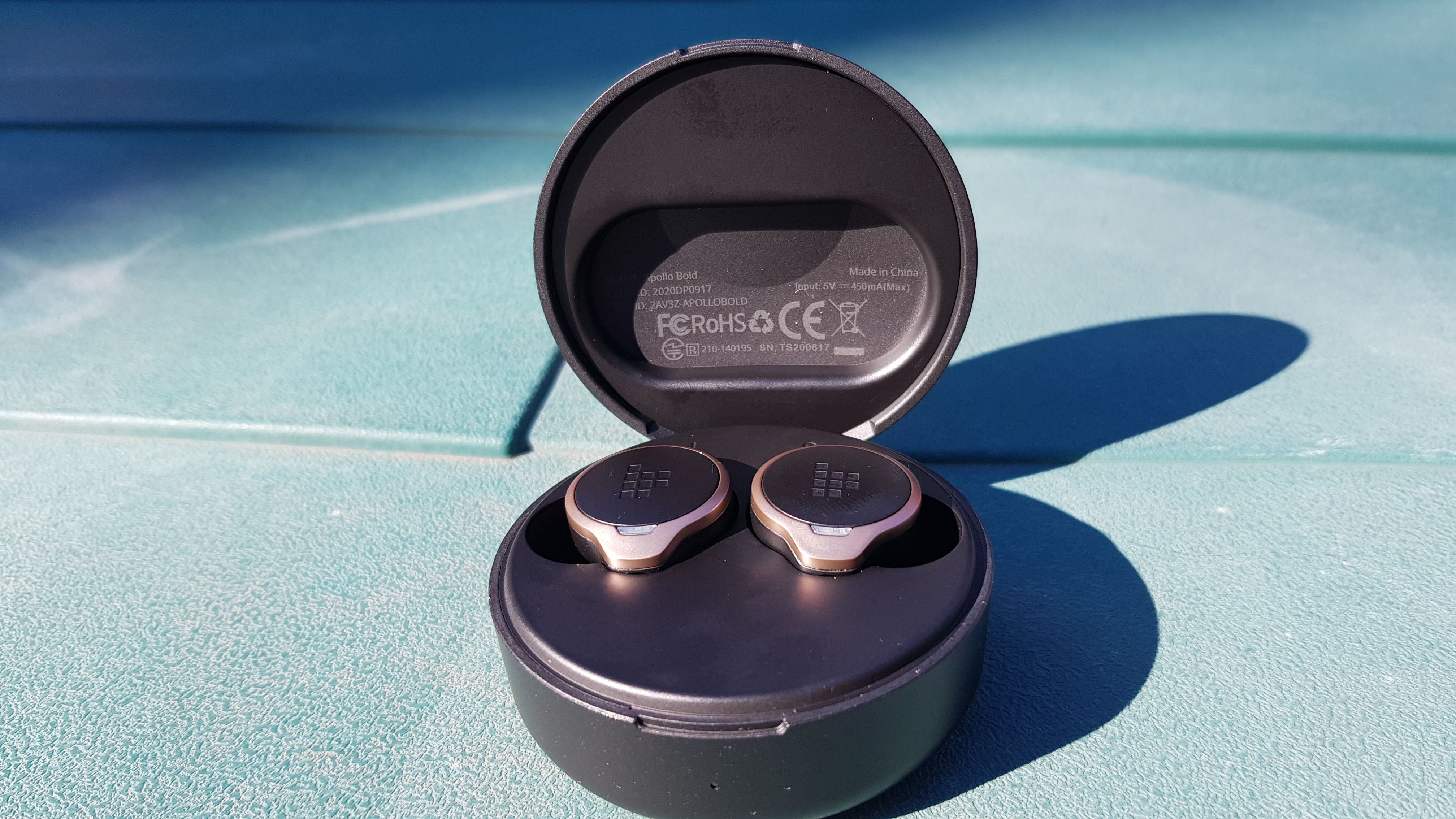 As with many true wireless headphones, the case uses magnets to secure the buds in place when charging and assists in keeping the lid closed. Whilst it works perfectly well, the case does feel somewhat flimsy and doesn’t give the impression that it could cope with a lot of rough and tumble. The case uses USB Type C for charging but doesn’t feature wireless charging. Unfortunately there’s only one LED on the case to indicate charge - it would have been nice to have a row of LEDS to help more accurately show remaining battery life. 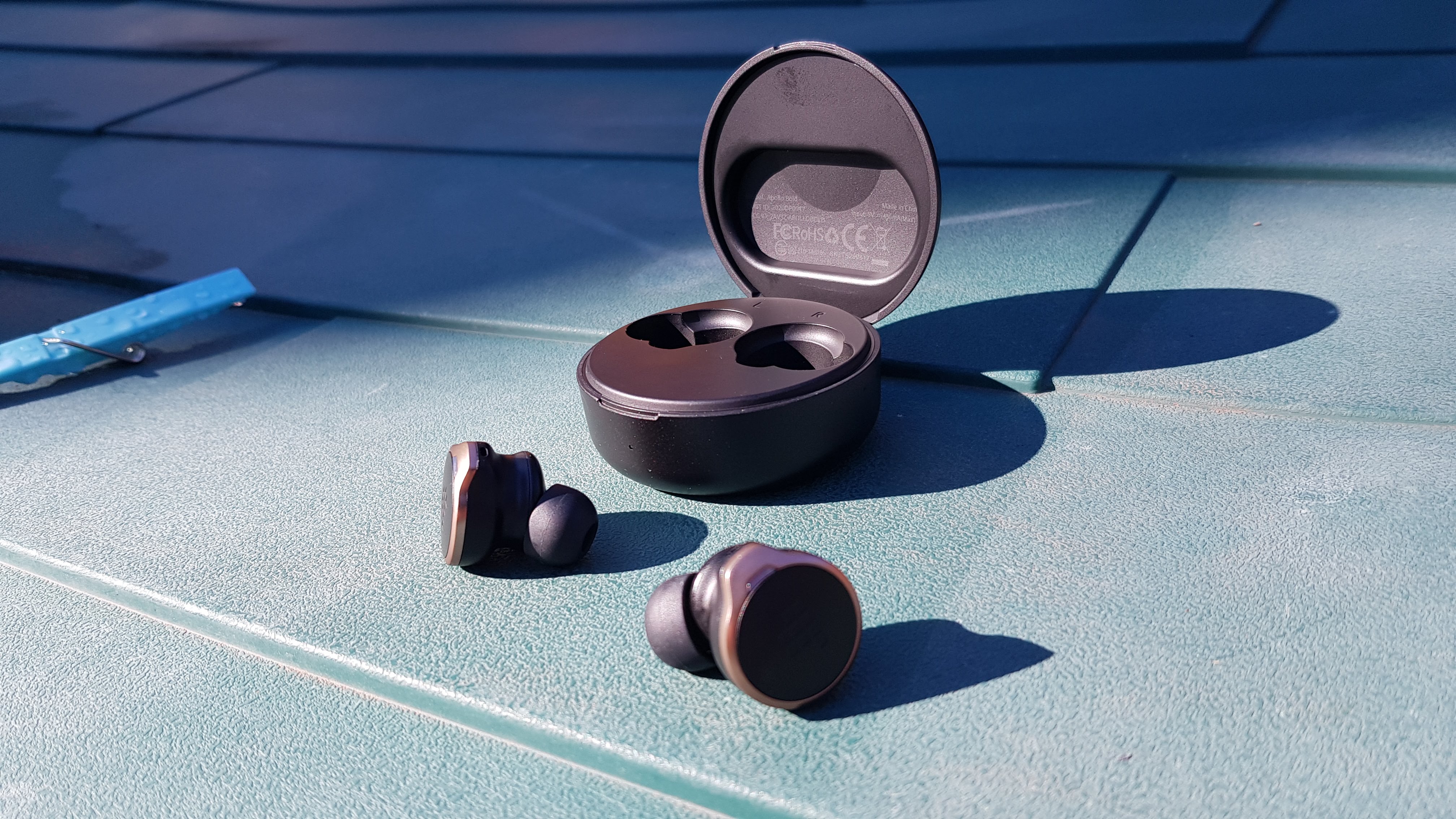 The headphones themselves really do look nice with the gold trim around the touch sensor. To my eyes, they look as premium as anything from Sennheiser or Sony. Nice touch there. One of the first things I noticed was just how light they are - way lighter than I expected. These headphones have a reasonable IP rating so there shouldn’t be any problems with encountering water. Unusually, the stems are oval shaped but I’ve found that this actually helps keep the tips nice and secure. In all fairness I have to say that their lightness greatly helps when it comes to maintaining a good fit.

Functions
The touch sensors on the Apollo’s work in a similar way to the Sony WF1000XM3’s - kinda. I must admit it’s taking some time getting used to the unusual control logic on these buds but it’s nice to have the remote volume option - something that the Sony’s lack (unless you’re prepared to sacrifice other functions). Like many of the other TWS headphones out there that feature touch controls, the Apollo’s suffer from sometimes being too sensitive - usually resulting in unwanted changes to the volume. The controls operate like this:-

You can perhaps see just how easy it is to find yourself increasing the volume rather than pausing the music for example. Sony’s touch controls are definitely better - even if they don’t have the same degree of fine control. 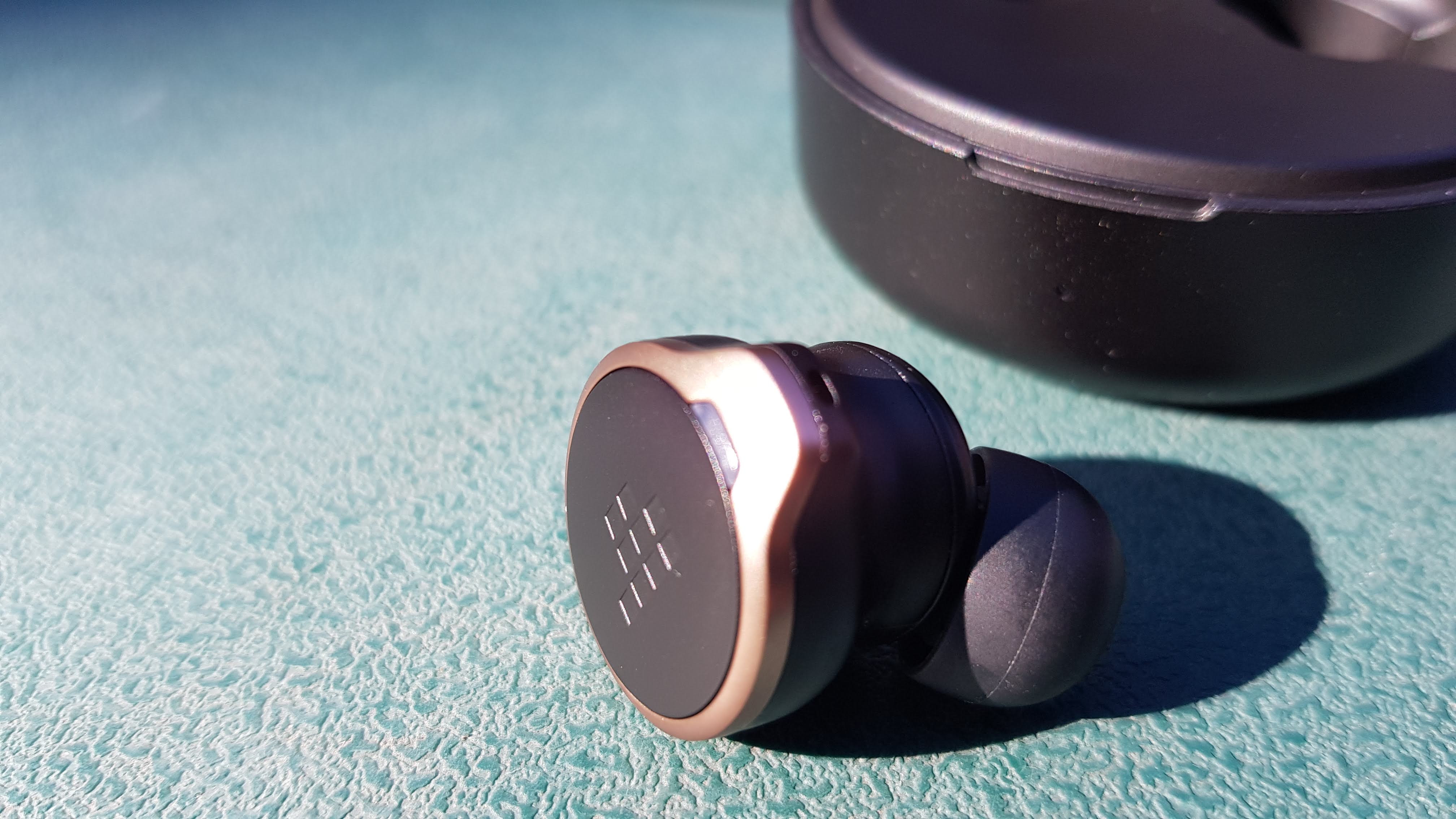 Battery life appears good - although I’ve not really had the chance to test this out properly yet. Tronsmart claim the Apollos’ have up to 10 hours playback from a single charge and 30 hours before you have to recharge the case - I suspect that these figures would be measured with active noise cancelling switched off, a fairly low volume setting and the SBC codec employed. 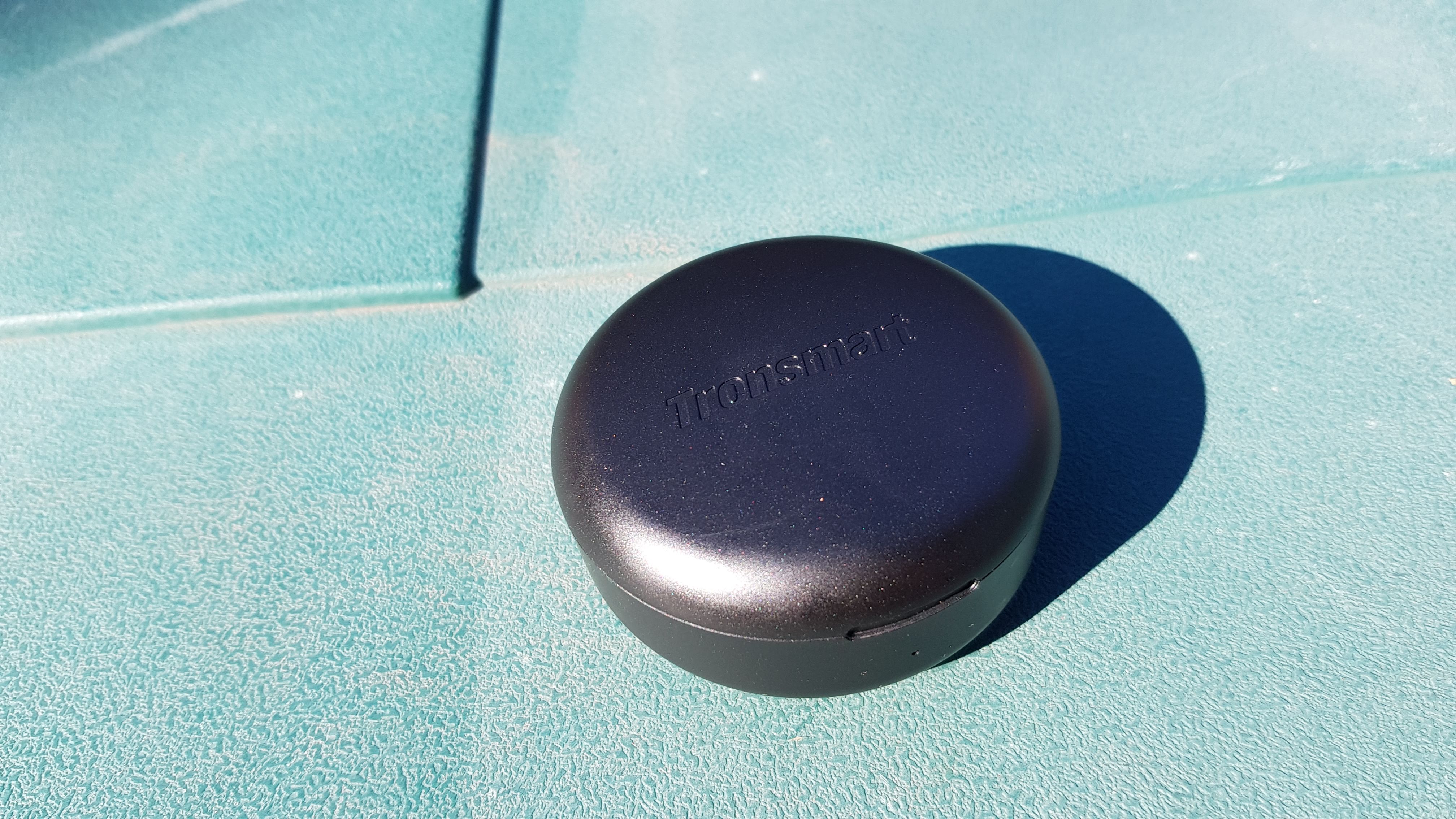 Unlike the Sony’s, the Apollo’s feature a reasonable degree of water resistance - always a welcome feature on portable stuff. I can’t imagine just how difficult it would be to get these buds out of their case with wet hands, it’s bloody hard enough with dry hands. This is also a real problem with the Lypertek Tevi’s - it’s a good job they’re both water resistant because the moment you attempt to take either of them out when you’re outside in the rain - you’re practically guaranteed to drop them in the nearest puddle. Apart from the somewhat flimsy construction and the surprisingly light weight of the earbuds, the Apollo’s look like a decent package.

Bluetooth Performance is better than average and the Apollos easily pass the upstairs bathroom test with flying colours. They pair well with my Sony NW-A55 and can go more than loud enough for me.

Sound Quality
Right. Up front I have to say that these are ‘bass monster’ headphones. They’re not flat. They’re not audiophile - but they can sound fun. I’m not normally a big believer in ‘breaking in’ headphones - perhaps the first few minutes of playback allow the drivers to form their natural shape - microscopically speaking, but that’s about it as far as I’m concerned. I have given these headphones a good few hours playback at both low and fairly loud volumes and their sound character has changed slightly - but the bass just overpowers the other frequencies.

Mids
Fairly recessed and perhaps lacking in some of the finer details but unfortunately just overpowered by the bass.

Treble
Treble is nicely detailed and falls just below my personal 'harsh' zone.

Due to the overall shape of the headphones and the fairly small tips/shallow insertion depth, this results in what I feel is a less than ideal fit. However, taking into account both the active noise cancellation and the excessive 'V' shape to the sound means that the actual overall sound quality is pretty good - as long as you’re listening at low volume and/or avoiding bass-rich genres. I've really enjoyed listening to some of the 70's rock in my collection. Rush, Floyd, Genesis, Wakeman, Yes and so on. These old recordings sound pretty nice with this massive bass boost.

One effective way of overcoming this massive amount of bass is to avoid deep insertion or even bothering to get an effective seal. Just simply ‘popping’ the headphones in - and not making any attempt at fit or seal, resulted in the excessive bass simply bleeding away - producing a ‘flatter’ sound profile. The downside is of course greatly redacted noise cancellation and loss of volume. All said and done though - wayyyyyyyy too much bass.

Conclusion
I really wanted to like these headphones. They’re well specced, look good and are comfortable. Unfortunately the excessive bass simply spoils them for me. On the plus side, they do make an excellent IEM for late night listening in bed at super low volumes - the excessive bass sounds really nice then. I’m hoping that one possible future feature the Apollo’s may have when they release the software is the ability to store EQ settings on the IEM’s themselves - then, after cranking the bass well down, you will end up with a really nice sounding pair of TWS headphones. Let's hope that this happens! As they stand right now, I can't recommend them. However I shall definitely keep my eye out for their application which is due out shortly.

Peddler
The excessive bass has calmed down somewhat-whilst still bass heavy they have improved quite a surprising amount.
S
ssouthall6
I also found a set of tips that fit - the ikkon ones designed for jabra 65t. Wow! Completely different earphones.

My objective tests (the ones I use to test how they sound to everyone else, not just my knackered ears) put these in another league to everything else I've tried at this price. Balance is spot on.

They are very slightly bass centric but according to the objective tests this is not the case, they level off perfectly.

The app will make or break these, but they've been in touch with me and I believe they are working to get this right.

Peddler
I hope their app enables the headphones themselves to store the eq settings (so that they can be used with my Sony NW-A55).