Loading…
ST2
Pros: Bass is well defined , Mids are very clear, Soundstage is impressive and price is competitive. Can be more pleasant with Cable, Tips and EQ.
Cons: It can get shouty and spicy, mods only mildly improve this. 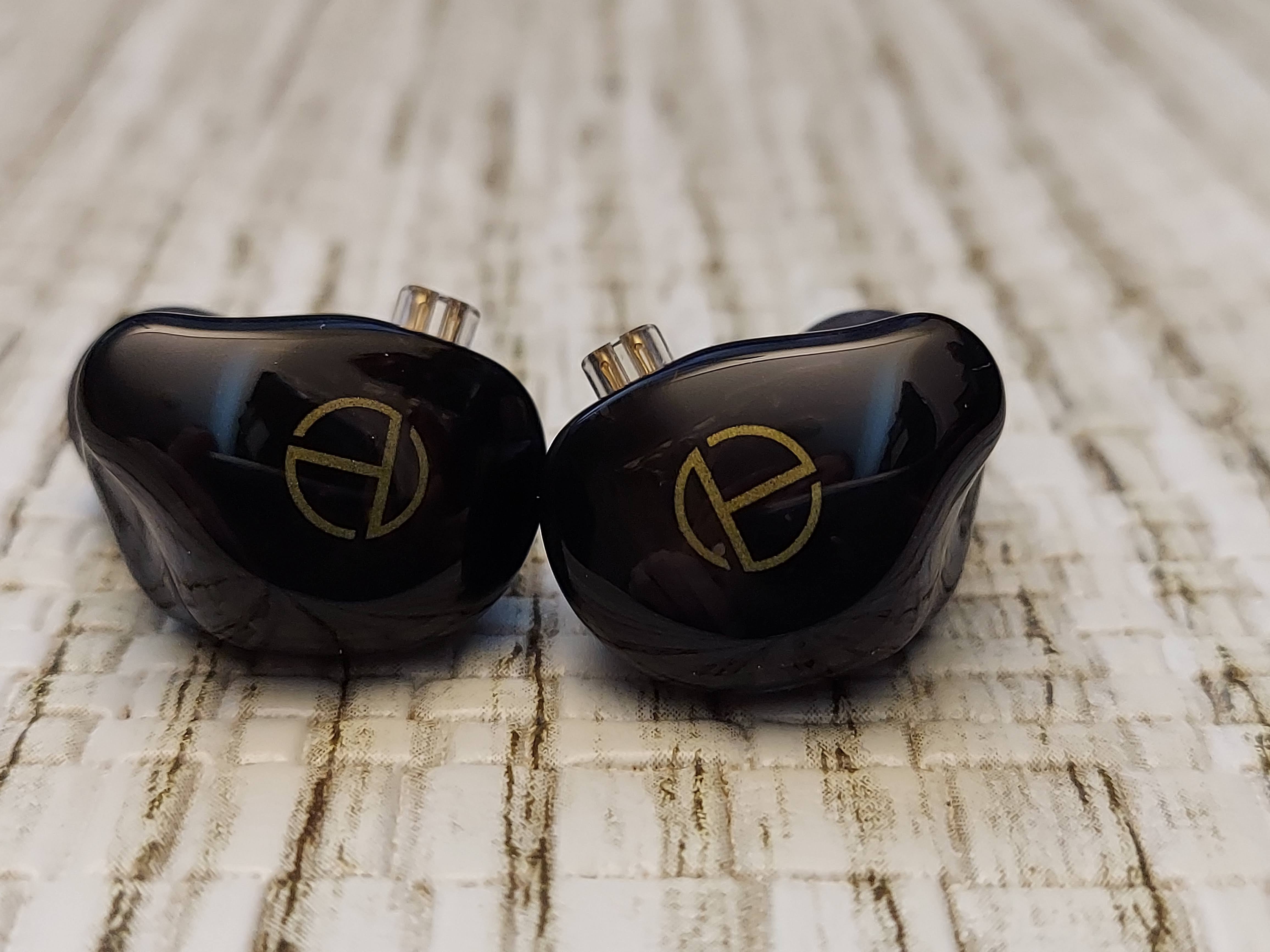 Package is a typical TRN minimal and just tips and a cable are provided. The tips and cable are okay for something this cheap and nothing unexpected. Build is light and average in this class of IEM. The ST2 is comfortable. I do wish it had the tuning nozzles that the STM had as it would have improved the ST2 shortcomings.

Sound:
The Bass is very Dynamic yet has a fast attack and thus keeps the coloring of the lower mids to a minimal, still the Bass is very well defined and is very controlled. I definitely like the Bass of this over the MT1.
Mids: are very clear there is a mild warmth here in the lower but it is minimal vocals sound well and details are better than average. The Upper Mids are spicy, forward and can get in ones face particularly on Female Vocals I tried to use a Tube amp , Bass Boost and other EQ as well as different cables and tips, I did get it to a tolerable level.
Treble: Is good but its not for the treble sensitive, there is good details and sparkle but at times a bit too much.
Soundstage etc: The soundstage is wide, immersive and the imaging is accurate, I think the Bass and soundstage are its redeeming points.

Conclusion: The ST2 falls in the Middle of the new low budget IEMs like the CVJ CSK and CSE, the CCA ca2 and CSN, the TRN STM, MT1 , KZ, QKZ ETC. They all have strong point and honestly the TRN ST2 isn't too bad it can be tamed to a point I like it better than the MT1. Its a fun sounding IEM if your ears are not sensitive to the Mid / Treble spiciness but its there and its unavoidable but yet not insurmountable.
Because of the harshness I gave it a 3.5. I'm not looking for perfection just long term enjoyment and the ST2 isn't it for me.
Last edited: Aug 13, 2021
Sorry TRN, but these aint it…. - TRN ST2 review
Pros: - clean, tight bass that has good texture and details
- soundstage is wide with good imaging
- crystal clear midrange
- well extended treble
Cons: - shouty and sibilant vocals
- treble too bright
- too aggressive
- bad tuning
The TRN ST2 was sent over by TRN in exchange for my honest opinions on them.

And honestly, I can't recommend the TRN ST2 to anyone (unless you are willing to make some expensive modifications).

I managed to make them sound good, but with a pretty high cost. I swapped the tips out for Final E ($5usd), changed the cables, and used a warm sounding source like my Zen DAC + CAN combo (Zen DAC/Hip DAC is $150usd)

Without any one of the abovementioned, you will get presented with shouty and sibilance vocals… yeah. Not a pleasant experience.

Anyways, here are my pros and cons for the TRN ST2.


*Disclaimer: This review is done using the stock tips and cables that comes with the TRN ST2.

I can't really recommend the TRN ST2. the combination of shouty vocals, aggressive treble, thin mids, makes the TRN ST2 an unpleasant experience for me. The only thing that's done right here is the tuning of the bass and the technicalities. For $15usd, the technicalities of the ST2 is actually pretty good.

Thank you TRN for sending over the ST2 in exchange for my honest opinions on them.


I have reviews for both the TRN MT1 and TA1. If you are interested, feel free to check both of those reviews down below. Both are highly recommended by me. 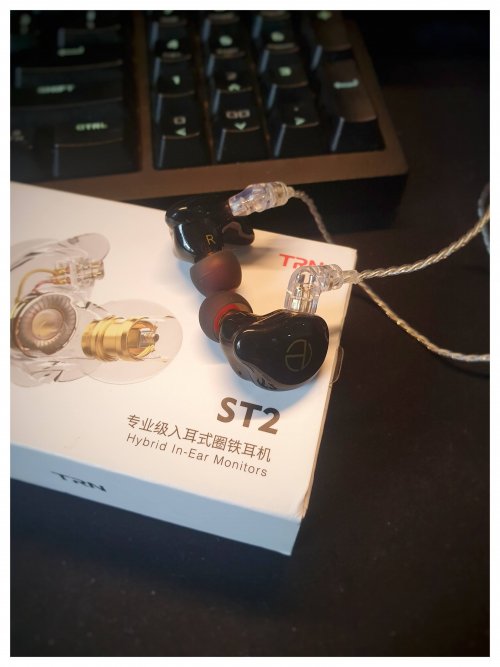 Impressions (Stock):
The bass was a "wow" factor right out of the box, it came with a good punch, something I appreciate over the roaring boomy bass. The good decay of the bass prevented bleeding into the lower mids, making the bass sound really clean. The amount of bass lies in a sweet spot, giving enough energy to build up the set without stealing the spotlight from other spectrums.

The mids can be broken down into the good and the bad part. Overall the mids have good clarity and the articulation presentation is really nice. The lower spectrum of the mid dominated by male vocals is comfortable sounding, coupled with the clean bass makes a really good pairing. However, things for the upper mid is a different story, the female vocals are overemphasised, making this region sound sibilant and harsh, leading to fatigue. The emphasis on the upper mid can be problematic in the duet set and acoustic pieces, causing male vocals to sound thin and the female vocals overly peaky and an acoustic set where the bass is slightly lacking would not be sufficient to "neutralise" the sound.

Moving on to the highs, it has a pretty good extension, providing micro-details and opening up the stage. This portion is where I would call it a "double-edged sword", the good side is the virtual atmosphere created, allowing really good separation and imaging. But, that also means that the problematic, overly-emphasised upper mids is highlighted and the overall mix just gets thinner.

Mods:
I replaced the SPC cable with a pure copper one and the issue of the upper mid is partially resolved, suppressing the peaks between the 2k-4k region. It is now much more comfortable to listen to for a longer period of time without getting fatigued, the set also shifted towards being more balanced along the whole mid spectrum with more emphasis on the female vocals. As of this point, this is no longer a big issue for me as I have better tolerance over "harshness" than many. Out of curiosity, I decided to try out the ostry os200 ear tips and "Oh my!", with another round of suppressing the upper mids, it became really good! I did not notice any significant degradation of the audio quality after changing the tips. I would strongly recommend trying this mod if you have the tips!

Why I gave the score
I gave it only a 3.5 for this set simply because the over-emphasis is really rather problematic in many situations and genres of music, some discussed above. If the upper mid was tuned down by ~-3dB, I would no doubt give it a 4.0 for its technical performance and potential.
Reactions: baskingshark and eagleowl