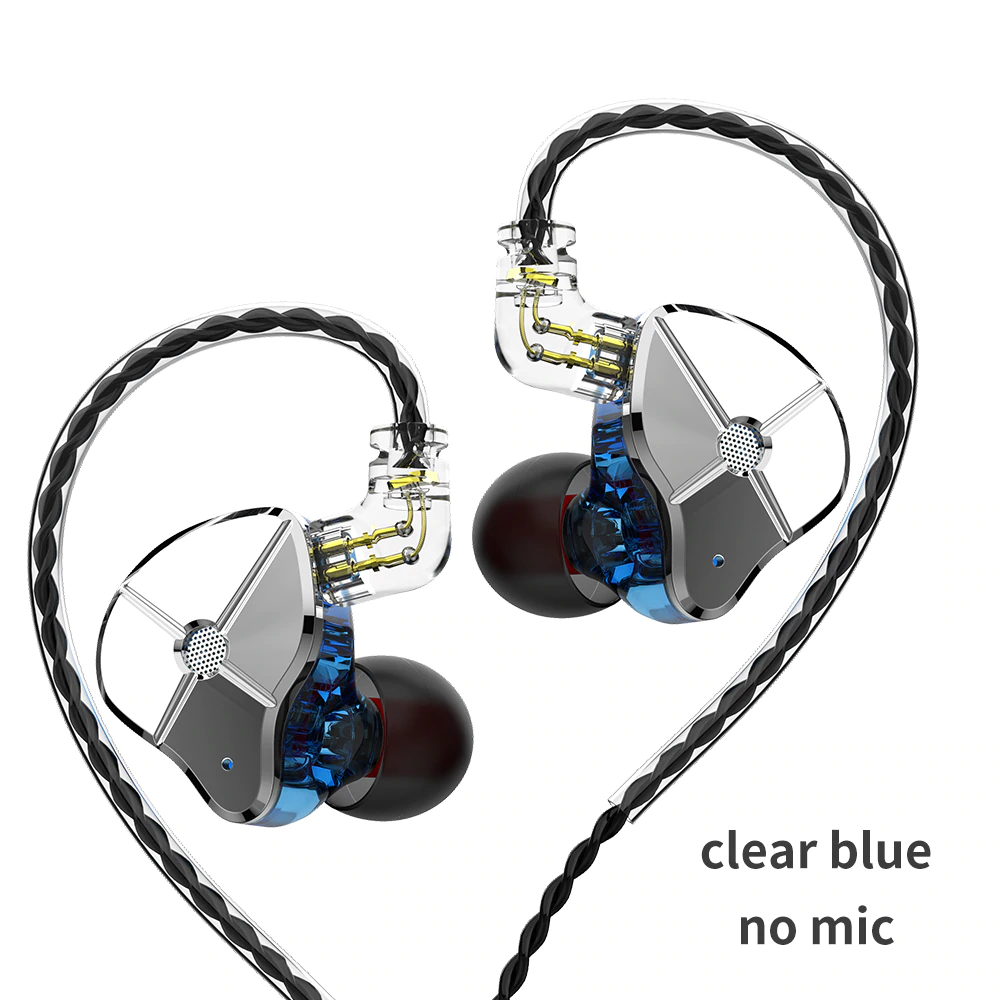 Pros: Deep Bass
Clarity
Wide soundstage
Entertaining sound
Cons: Some harsh peaks and sibilance
Recessed mids
No chin slider, cable tangles
Following on from the TRN BA5 and V90, the ST1 is the latest model from the company, and it is a dual-driver hybrid employing a 10mm dynamic driver for the bass region and the familiar 30095 BA for the treble.


The ST1 comes simply packaged in a small rectangular box resembling those used by KZ, CCA and KBEAR. The IEMs are displayed in a card cut-out below which you will find the detachable 2-pin cable, two sets of eartips (the medium size being pre-fitted on the IEMs) and documentation. A basic set of accessories, but as expected.


The IEMs themselves have a body made from coloured acrylic (my particular example being blue) with a shiny silver-coloured metal faceplate. The words “TRN ST1, Professional Hifi” are written on the side of the earpieces. The faceplate resembles that of the BA5 and is triangular in outline with four triangular sections meeting in the centre of the earpiece, surrounding a small vent. The cable is the same type as supplied with the V90, employing a “Type C” or QDC connector. There is no chin slider, which occasionally resulted in tangling. The supplied tips are dark grey with a red medium bore.


The IEMs were left burning in for 100 hours to settle down the components, after which they were evaluated using an Xduoo X20 connected via line out to a Fiio A5 headphone amplifier. I used the pre-fitted tips and the supplied cable, which resulted in an excellent fit and seal.


The ST1, as a dual hybrid featuring a 10mm DD and the 30095 BA, finds itself squarely in competition with the KZ ZSN Pro and the CCA CA4. The ST1 in sound has qualities of both, as well as some of its own character. It is quite strongly V-shaped in presentation, with a notably clear treble with good detail. There are some mild emphases in the upper frequencies, particularly in the upper mids/lower treble, which occasionally resulted in a harsh tonality, but this was only at certain frequencies. I would guess that this was a crossover artefact.


Bass was powerful and did dominate the overall balance, but provided a deep and solid foundation for the music. In classical music, the lower instruments were brought forward in the mix, for example, the basses in Holst’s “Moorside Suite” conducted by David Lloyd-Jones tended to place the violas and cellos a little in the shade. As a result, some of the details of the delicate counterpoint were lost, but the general tonality was warm and rather pleasing. This bass character suited electronic music much better. Jennifer Galatis’s “Interstellar Voyage” from her album “Io” hit extremely hard in the bass with subterranean sub-bass tones reaching far into the nether regions, which, set against soaring synthesiser chords and effects, resulted in a thrilling performance. The bass extension resulted in an excellent reproduction of recorded ambience, as evidenced in John Harle’s “Silencium”, a classical piece featuring female vocals, orchestral accompaniment and a deep bass drum. The decay was slow, which emphasised the character of the recording venue.


Generally recessed, the lower midrange did suffer from a little bass bleed, giving extra warmth to this region but at the same time blunting transients. Tony O’Connor’s beautiful “Looking through my Window” is a piece for piano and cello and the initial attack of the instruments was softened. The tonality was rich and full, becoming brighter with frequency. The upper mid region was elevated and occasionally displayed a little edginess. Thomas Newman’s “Come Back to Us” from the soundtrack to the film 1917” features a prominent cello solo. This was nicely delineated by the ST1 with attractive tonality, and the balance between the solo instrument and the orchestra well-judged. The timbre brightened a little in the upper ranges and lent extra clarity to the melody line. The feeling in this piece came over very well. Male vocals gained a little extra warmth while female vocals possessed a little extra brightness. Moya Brennan’s beautiful voice in “Newgrange” from Clannad’s “Magical Ring” displayed excellent diction and personality, but also occasionally displayed some sibilance


After being impressed by the neutral and detailed tuning of the three 30095 BAs in TRN’s previous model, the BA5, and the 30019s in the V90, I was hoping for a similar tuning of the BA here. However, the tonality more resembled that of earlier KZ and CCA designs like the ZSN, ZSN Pro and CA4, with a rising profile in the lower treble, a few peaks which helped with detail and sparkle, and a smooth roll-off higher up. There was occasional sibilance where present in the recording. Clarity, however, was excellent, and separation also very good. Isao Tomita’s “The Old Castle” from “Pictures at an Exhibition” was a good example with the copious detail in the higher regions contrasting well with the accompaniment, but occasionally sounding a little harsh at higher volumes. Musicality was nice, though, with the character and emotion of the music well-preserved. Classical music also benefited fom this clarity, with the solo cor anglais in Sibelius’s “The Swan of Tuonela”, performed by the London Festival Orchestra under Sir Alexander Gibson nicely delineated against the orchestral backdrop. The detail of the violins playing “col legno”(with the wood of the bow) near the conclusion of the piece was very well portrayed.


Unsurprisingly for a vented design, the staging was very spacious. Coupled with the V-shaped profile and good clarity in the treble, the overall effect of this was entertaining and enjoyable. “Boisterous Bouree”, from Benjamin Britten’s “Simple Symphony” showed good separation allowing the counterpoint to be appreciated, whilst the powerful bass response emphasised the resonance of the Snape Maltings. Vangelis’s “Antarctic Echoes” is a perfect track to display the staging. Set in a huge acoustic space, synthesised bell-like sounds echo into the distance. The ST1 did very well here, preserving the atmosphere of the piece perfectly and presenting a vast open vista of sound with a holographic quality.


The ST1 measures up well against its closest rivals, CCA’s CA4 and KZ’s ZSN Pro. It has a V signature with a somewhat recessed midrange and an upper range with good clarity and which becomes brighter through the mids and lower treble before rolling off smoothly. It has a very wide soundstage courtesy of its vented earpieces (the CA4 and ZSN Pro being closed designs) and gives a solid performance, especially at the price. The CCA CA4 departs from the traditional CCA neutral/bright sound. It has a more prominent sub-bass than the ST1 with a faster decay, a similarly recessed midrange and a slightly smoother treble with a little less detail, and its soundstage is not so spacious. It has a better build quality with its solid metal faceplate and a chunkier feel. The ZSN Pro has a more W-shaped profile with a mid-bass emphasis (though still possessing good sub-bass), more prominent mids and a bright treble. The soundstage has good width but has a flatter perspective. The choice between the three will depend on personal preference but the ST1 probably offers the best compromise with its extra detail, wide and spacious staging and all-round ability.
This sample was provided by Gina of Senlee, Amazon USA.
Product link: https://www.amazon.com/Earphones-Se...rds=TRN+ST1+Senlee&qid=1585568568&sr=8-1&th=1 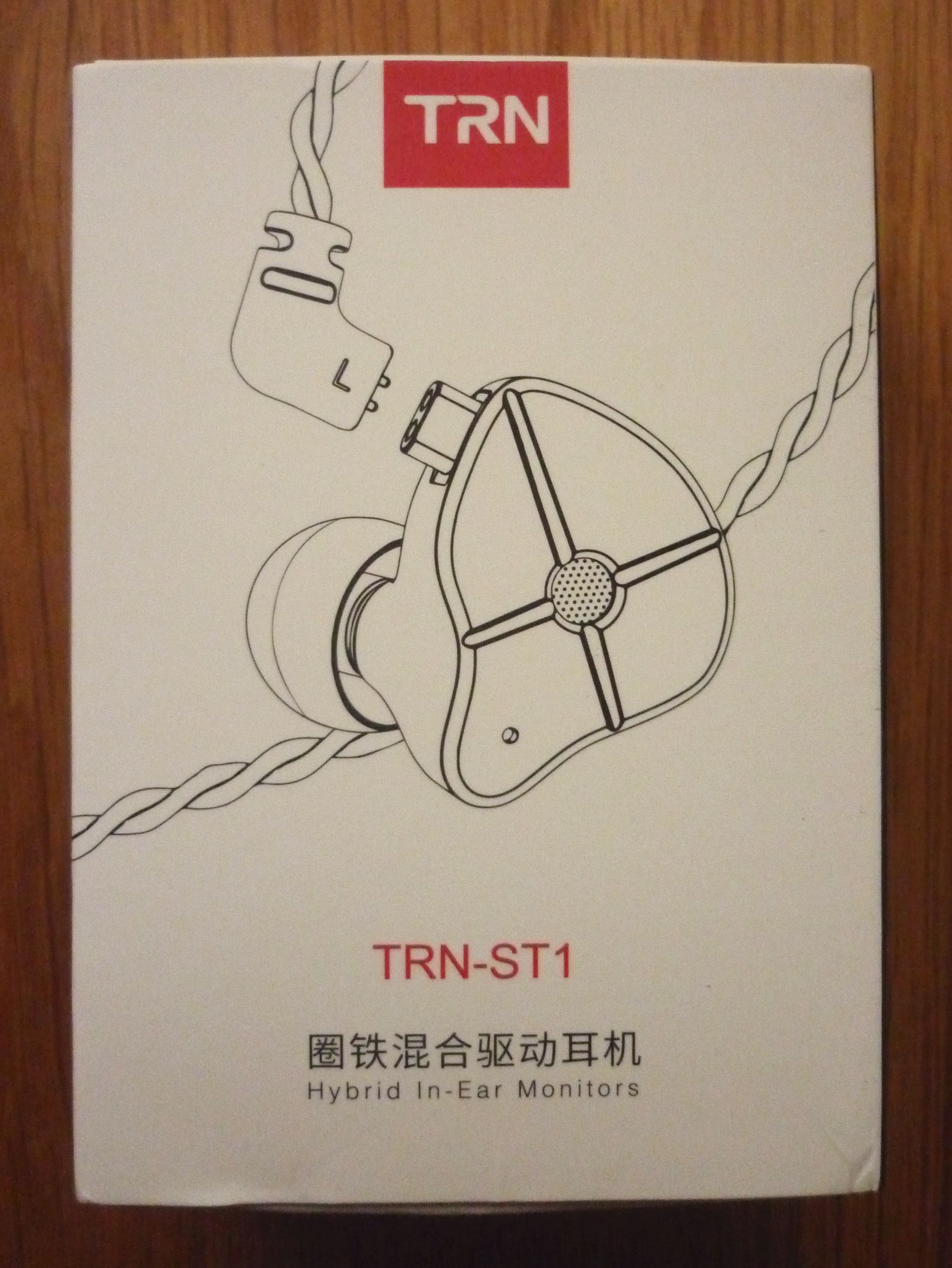 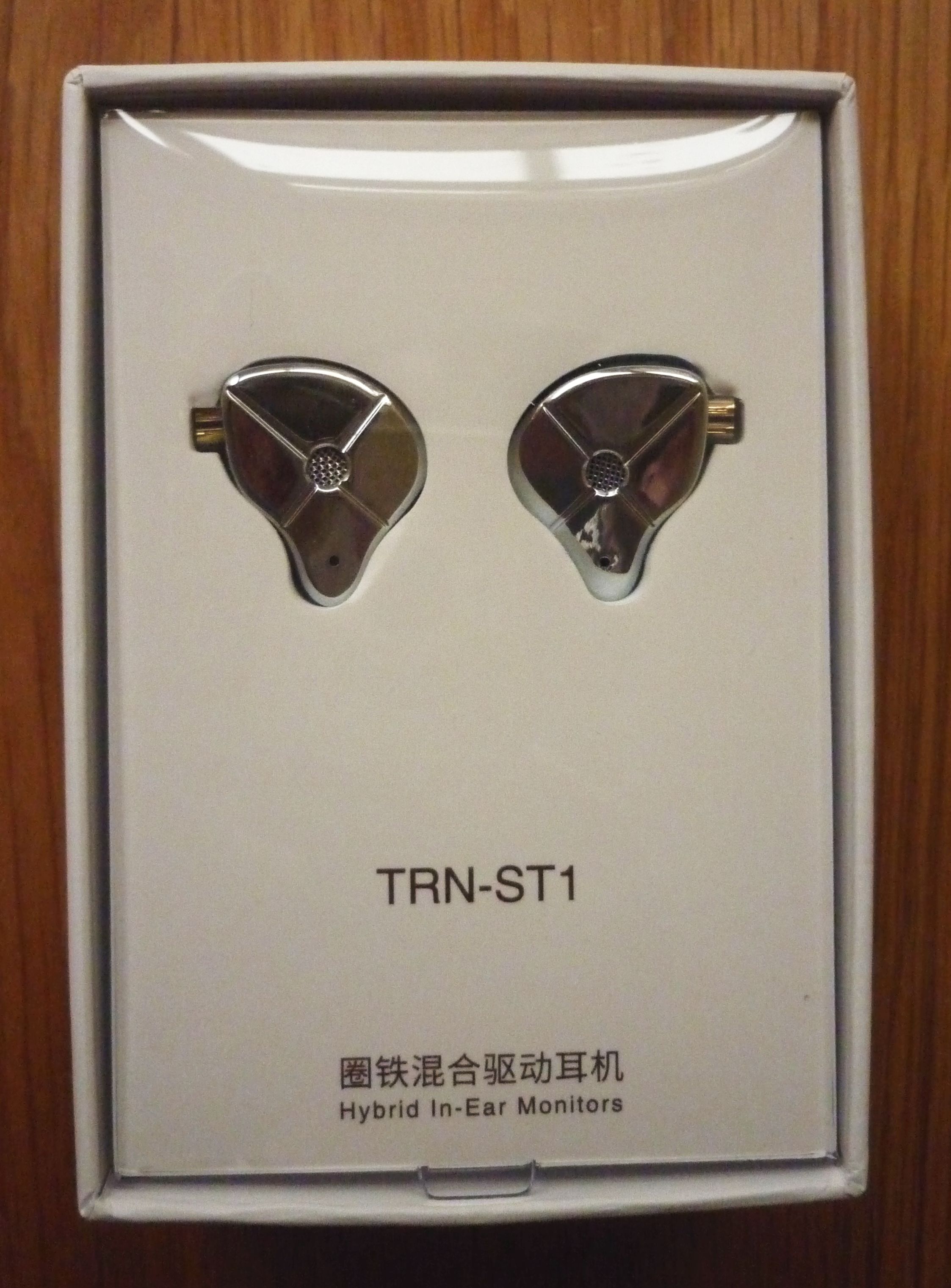 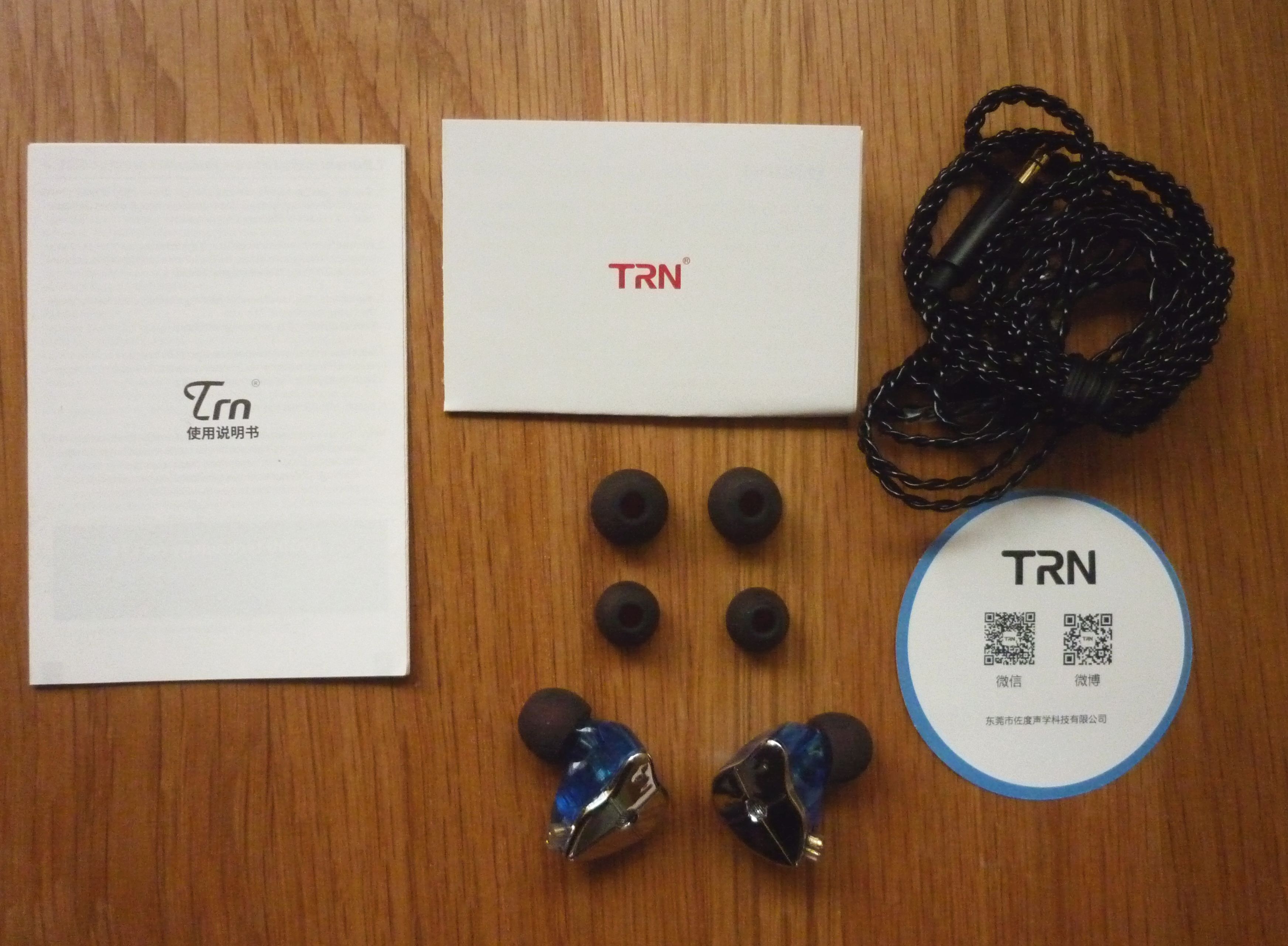 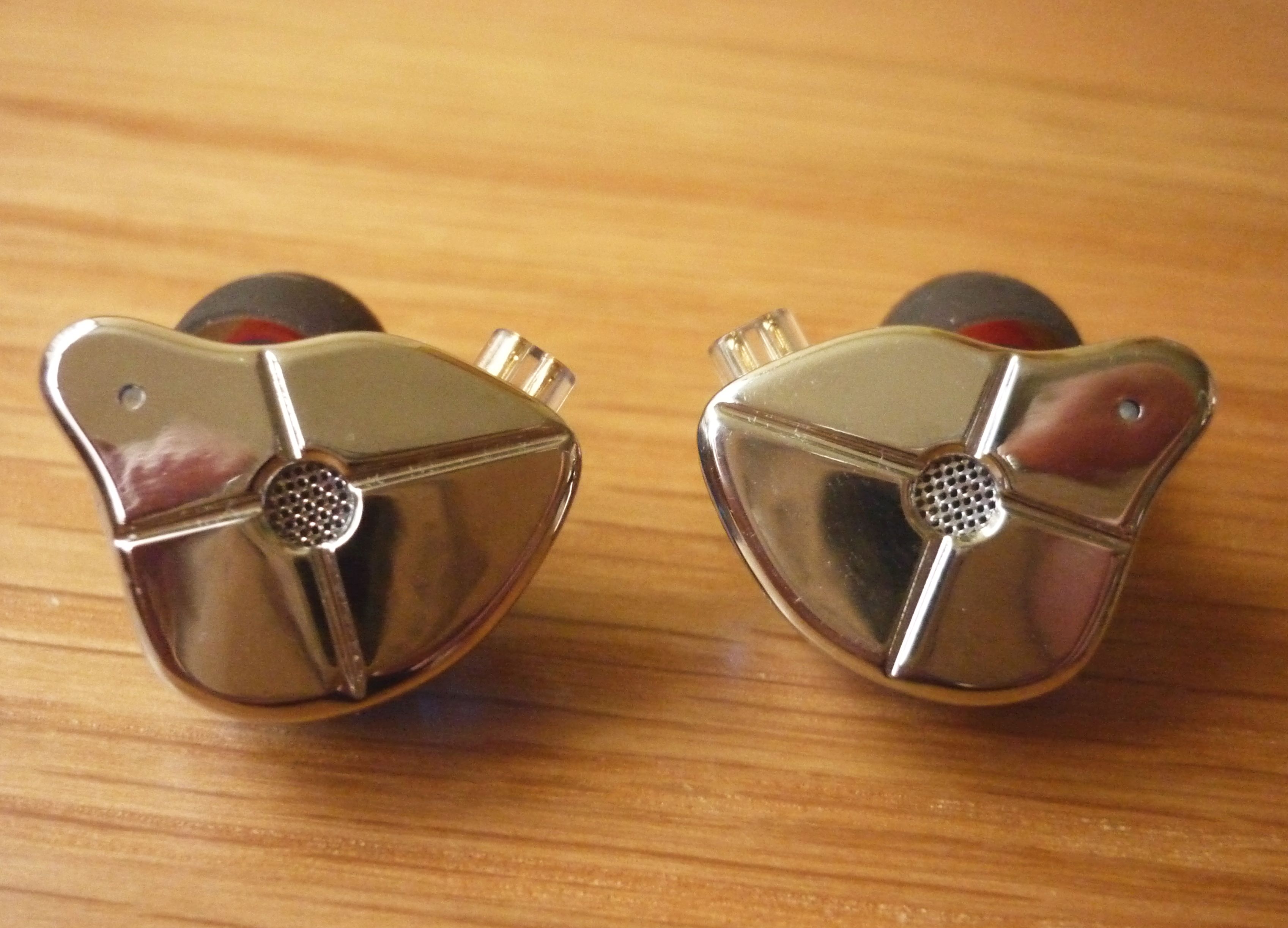 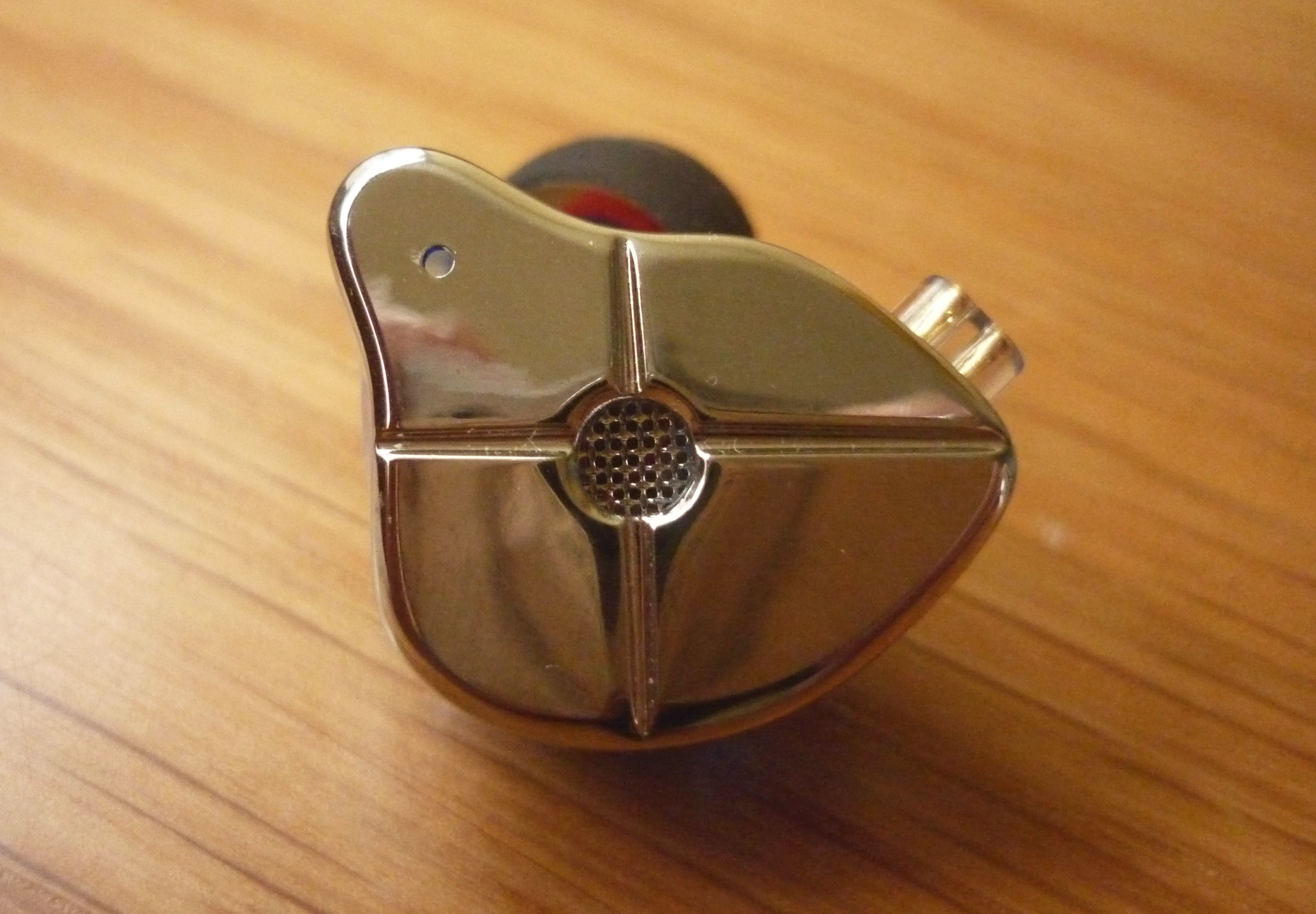 DallaPo
The ST1 is not really my case, even though $12 doesn't really hurt. But honestly it is too bright and not very homogeneous. This is a typical KZ sound a few years ago. Then I'd rather buy the V20 for the same price, if it has to be TRN, even if it's a bit difficult to fit.

Nimweth
Dalla Po, I understand what you mean by "homogeneity", yes, there is a kind of detached quality to the overall sound. Perhaps I was a little too generous in my conclusion! The upper mid/lower treble malaise is there as in most Chi Fi affordable hybrids. They really should look at their crossover networks.
Read more…