Menu
Log in
Register
Topping DX3 Pro - Reviews
Overview Reviews (2) Gallery
Pros: Functional and very versatile
Looks and build quality
Very good headphone out with low and high gain mode
Cons: Line-out for DAC only use is underwhelming
I'm very happy with look and feel of this unit. It has remote, wireless connection, all types of inputs and outputs... It also worked great connected to my phone by Bluetooth, no hiccups, loss of audio quality or any other problems that I've noticed. So both build and versatility of DX3 pro is great

While using it with headphones, AKG K92, the sound is really good. In low-gain mode you get nice open sound with plenty of details, and vocals are big and fuzzy. Switching to high-gain mode adds some noticeable kick to the bass lines and overall dynamics which makes it sound great with fast-paced music, games, movies. But for listening some acoustics, smooth jazz vocals etc. I preferred switching back to low-gain and hearing let's say husky female vocals in all their glory. You make the switch with one press of the button so it's not a trouble.

Used as a DAC in my integrated amp + speakers setup it's OK but not great. Sound is kind of bright and lacks dynamics. Don't get me wrong, it's not horrific but it's underwhelming compared to any other Topping DAC I tried so far (D10, D30, NX4) and in line with SMSL Idea for example. It means it packs decent level of details but lacks bass depth and overall dynamics and liveliness. Now I checked all my cables, drivers, different DAC modes and filters on DX3 pro and I could never get it to sound at the same level as other Toppings I mentioned.

So if it's primarily going to be used with headphones it's a great product, but if line-out is something you find important and often used I can't recommend it because there are better sounding DACs to choose from. 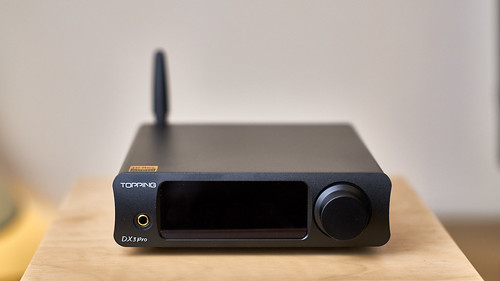 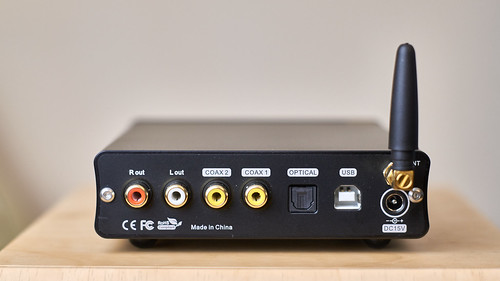 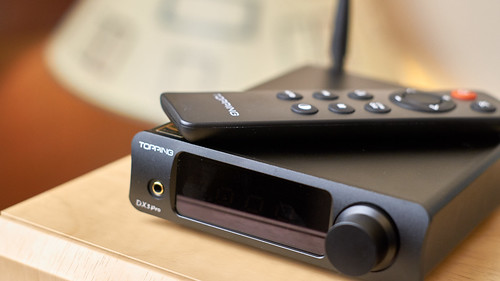 And my YT video:

Reactions: Light - Man and PlantsmanTX
Pros: Dirt CHEAP
FEATURES!
Bluetooth including all latest standards
Remote control that is logically designed
DSD capabilty
Transparant and natural sounding DAC
Great powerful amp
Cons: Standard switching power supply doesn't cut it for the amp with harder to drive cans
NOTHING else at this pricepoint!
So I got the Topping DX3 Pro for about 4 days now and I've been fiddling around with it quite a bit. I didn't care much for burn-in time etc, but the truth is that it's sounding better now after 3-4 days playing than when just out of the box. Less crisp. More smooth.
I bought it for JUST 1083 RMB (=€140) at Taobao 12.12 discount. Which makes it a TRUE bargain! Let me start out by saying that at that price point it's hard to beat! I did add my own ultra low noise linear power supply that is able to deliver 1.5A on 15V. Which improved the power it can deliver on harder to drive cans. (388 rmb = €50, which brings it to a total of no €200 including shipping) A dual AK4473 DAC, Headphone amp AND bluetooth receiver in one.. Let's see how it performs. 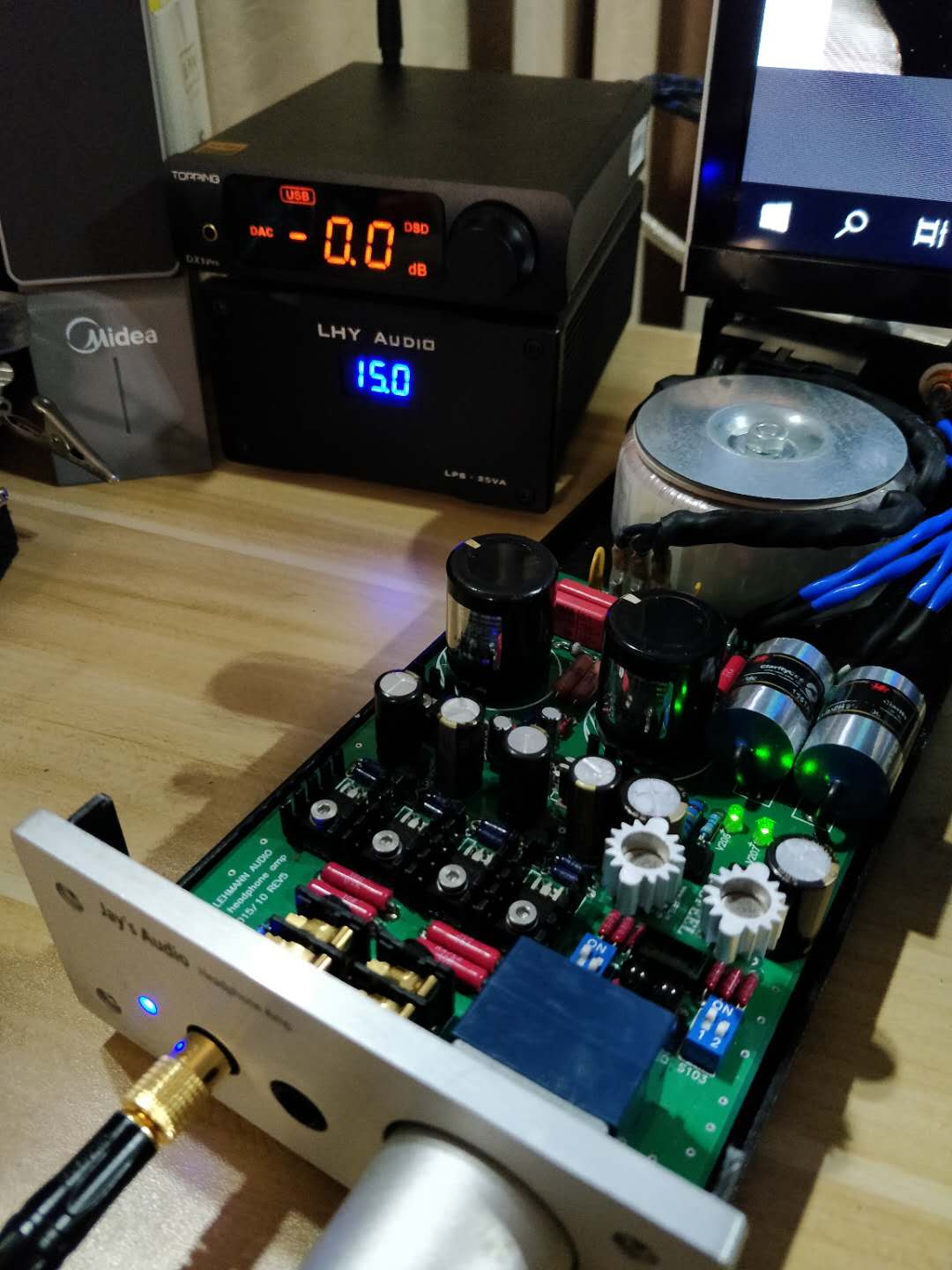 DAC only:
Sadly at this time I don't have any other DAC running (that's why I bought it) since my other DACs died in the past year. I had a LKS custom built ES9018 DAC with a highly tuned output stage and some other small DACs (Sanskrit, Aune T1SE, Aune X1S, onboard ES9018K2M). So no direct A/B comparison DAC only. Sorry. The ES9018K2M in my laptop is not worth comparing it with.

Nice open sound with enough detail and soundstage. Compared to my ES9018 (from what I remember) it's a bit more clinical and less warm (in comparison, don't read as unnatural), but that's probably not a bad thing for many since I personally always lean heavily to a tube sound and I had tuned it's output stage heavily for this type of sound. I'd say the DAC is really clean and neutral. Don't get me wrong. It's NOT cold. It's still musically pleasing and warm but just different from that typical sparkly thick ESS sound that i'm used to. I'd say it's a bit more flat.


DAC + Headphone amp
I could compare my highly customised Lehman to the built in headphone amp. And I can tell you already, WHAT FUN to discover what that little thing is capable of! I NEVER expected it to drive my 600ohm customised Beyers.. but even without the 9db gain option it drivers them perfectly fine! NOTE: this is with the linear power supply. With the standard switching power supply brick bass is less full for sure and lacking in dynamics. On my Audio Technica M50X I couldn't hear much difference between power supplies, probably since they are much easier to driver at 32ohm impedance.

My Lehman is a little bit more refined and smooth sounding since I tweaked every last bit out of it, but the onboard amp is getting darn close! A true audiophile would maybe hear the difference and it doesn't make my Lehman obsolete yet. But darn what does it come close! sometimes I was switching back and forth and got drawn into some typing on some forums to start guessing which amp I have my cans plugged in. If I wouldn't have my Lehman at hand here I would EASILY take the DX3's headamp as my daily driver with a smile on my face.

It's just a great value package together! Is this the ultimate audiophile package? but at this price point I would DARE other products to contest with it. Because the truth is that I just can't find many serious flaws. It offers more than you pay for it and in my opinion sets a new standard at this price point for other companies to come with something as complete and well functioning as this little beauty.

That said I am gunning for the Topping D50 since its also the same darn cheap here to A/B compare it with.

UPDATE 1:
The unit is now properly burned. In and I finally get why AKM refers to this chip with 'velvet sound'. The crisp has softened and the whole sound is more cohesive than at first (don't read as worse instrument seperation or anything, just more balanced)
I have to be honest that I don't use the headamp that much since I got my Lehman (Burson v6) which I also use as a pre-amp for my studio monitors. This pairs amazingly with the AKM DAC.

Somewhere this week I'll get my LKS ES9018 back and I'll be able to make a nice comparison. The 9018 uses AD828 opamps in the IV stage and OPA1612 as buffer. Was my favorite DAC for my studiosmonitors. Let's hear.

Also I bought the DX7S Remote for on my desk which gives it a nice luxury feel since it's an aluminum cast remote control unit. Even though the plastic one coming with the DX3 Pro is better shaped for comfort, the feel of aluminum has a nice touch to it for the desk. It's fully compatible so far. Same functionality.
Reactions: Light - Man, Viper Necklampy, malestorm and 6 others
View previous replies…
M
malestorm
One last question:

I understand that the upgraded power supply will improve the headphone amplifier function of the DX3 Pro. Should I also expect to see improvement in the DAC only performance as well?

Cidious
I didn't hear any difference when using DAC only. But the amp benefitted greatly.

Viper Necklampy
How many hours of burn in it requires for you? Do you think for planar magnetic headphone like EL8 Closed it will sounds great? Thx, nice review!