About TFZ (The Fragrant Zither):

The company TFZ (The Fragrant Zither) is Chinese Company located in Shenzhen - China, which is specialized in the production of portable audio equipments like Earphones & In-Ear Monitors.

The TFZ King II is a member of the KingSeries and is using the latest (second generation) Double Magnetic Circuit Graphene Driver with a diameter of 12mm. 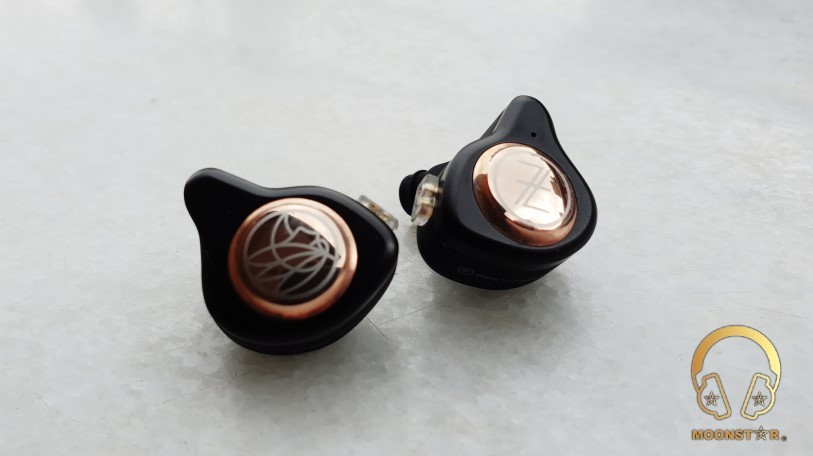 I would like to thank TFZ and Penon Audio for providing me the King II for review purposes. I am not affiliated with TFZ or Penon Audio beyond this review and these words reflect my true and unaltered opinions about the product.

The MSRP price for the TFZ King II is 119,00 USD and can be purchased under thefollowing link.

The TFZ King II In-Ear Monitor is coming in a rectangular white cardboard box, which has a transparent plastic cover on the top that sports information such as brand and model description.

This box is containing the following items; 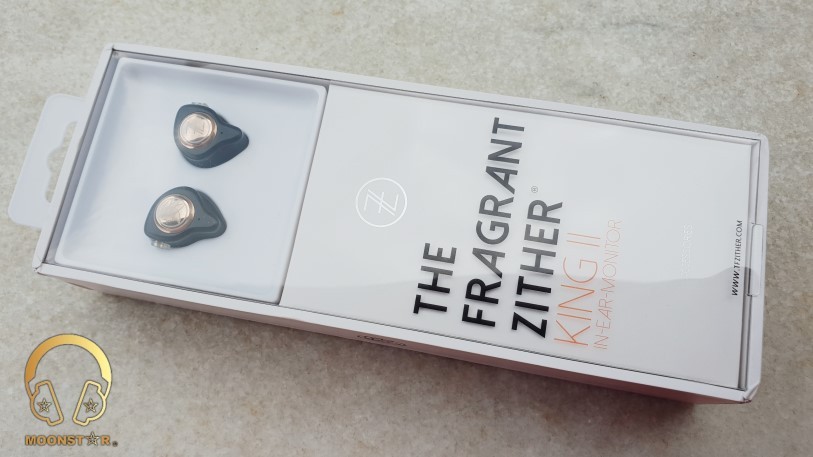 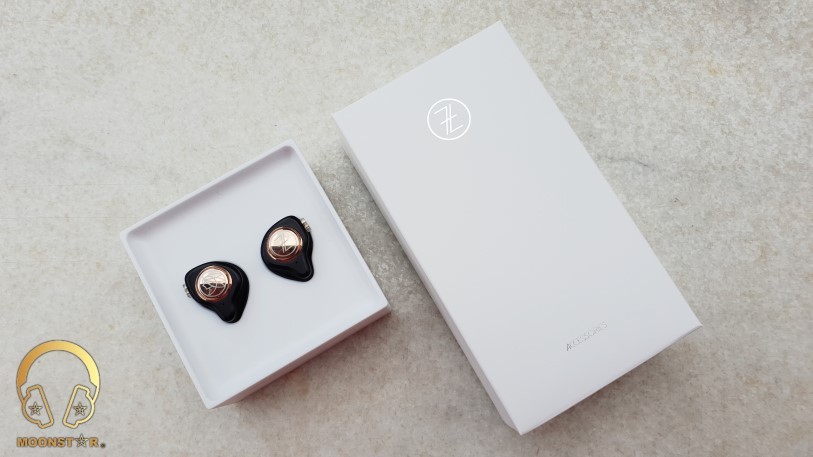 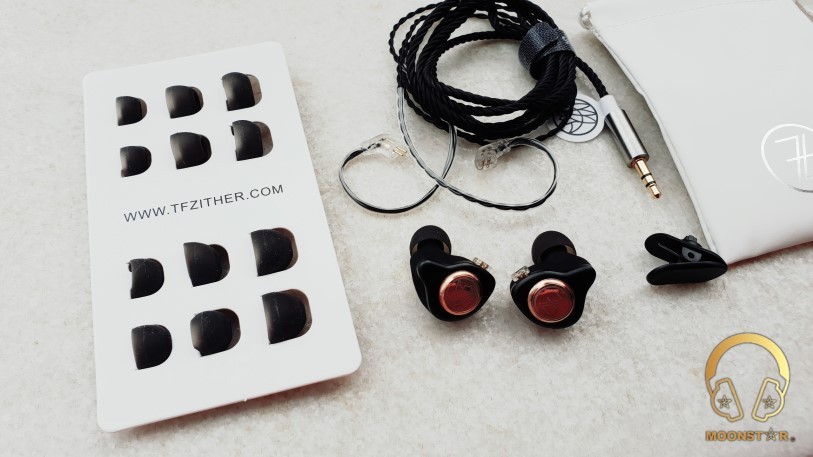 The TFZ King II is producing the sound with a 12mmDouble Magnetic Circuit Graphene Driver that and is available in four (2)different color options, which are black and the blue colors. My review unitcame in the black color that looks pretty nice same as the KİNG LTD. 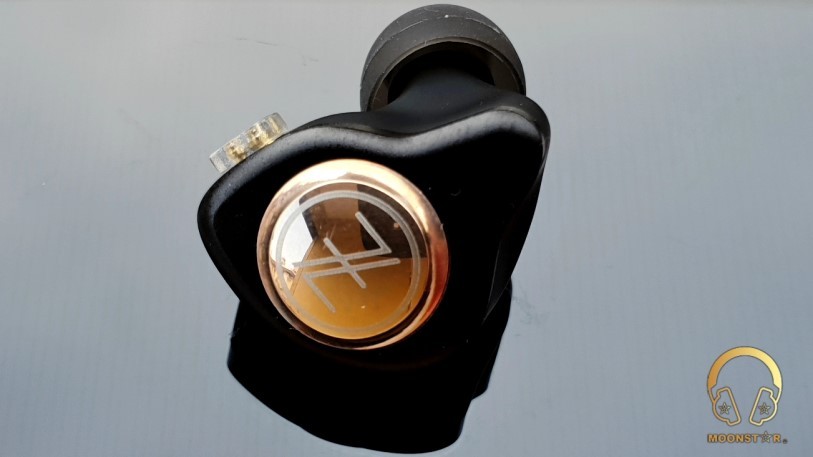 The general build quality of the TFZ King II pretty good without any quality issues such as burrs, openings, etc.

The monitor shell is made of two parts; the metal faceplate is made of aluminum alloy, while the main body (lower part) is made of PC (Polycarbonate) Material with a rubber oil spraying process.

The faceplate on the front of the monitor shell sportsa round plate with logo. The left monitor shows the TFZ Female Portrait, whilethe right monitor has the regular TFZ Logo. There is also a small vent on each monitor faceplate. 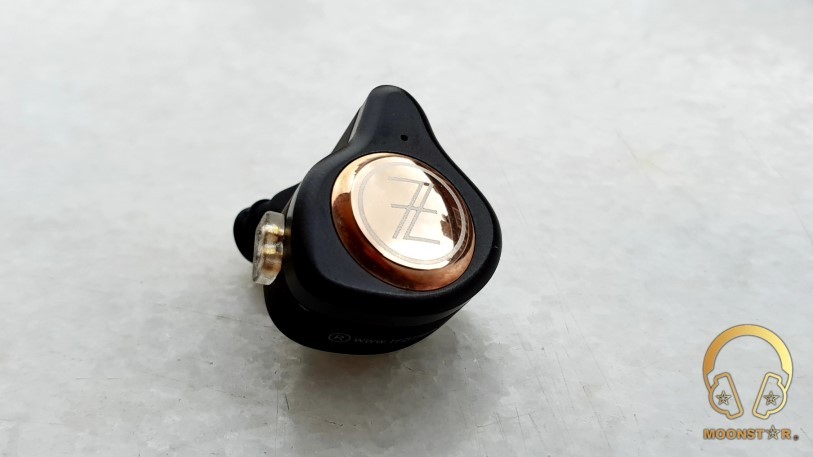 The main body of the monitor sports the angled soundnozzle and a small vent. You can also find the webpage of the company at the bottom of each monitor, which is printed in white color. 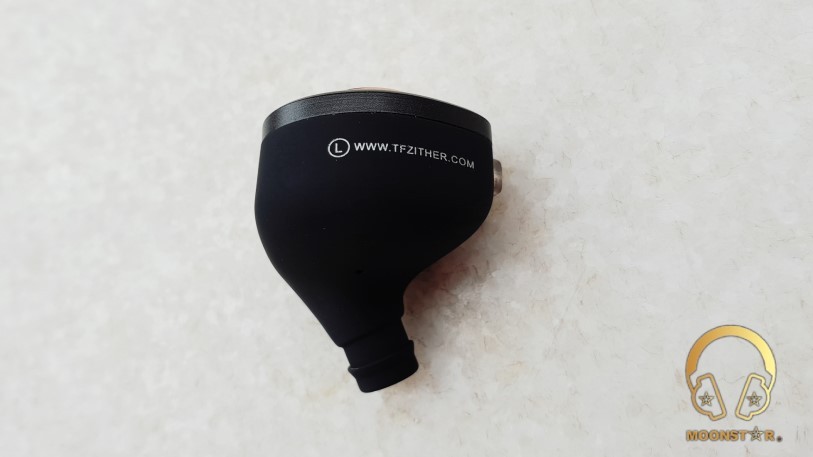 On the top of the sound nozzle is a metal mesh to prevent dust and earwax that could damage the driver inside of this monitor. 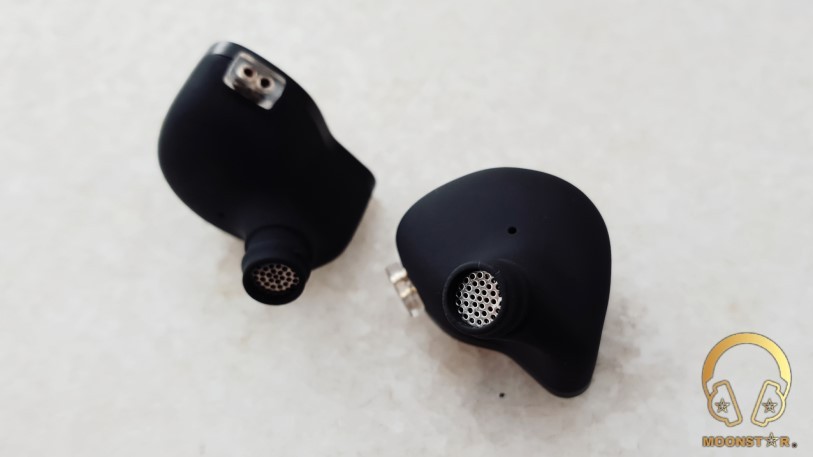 On the Top of each monitor is a standard 0.78mm female 2-pin connector. 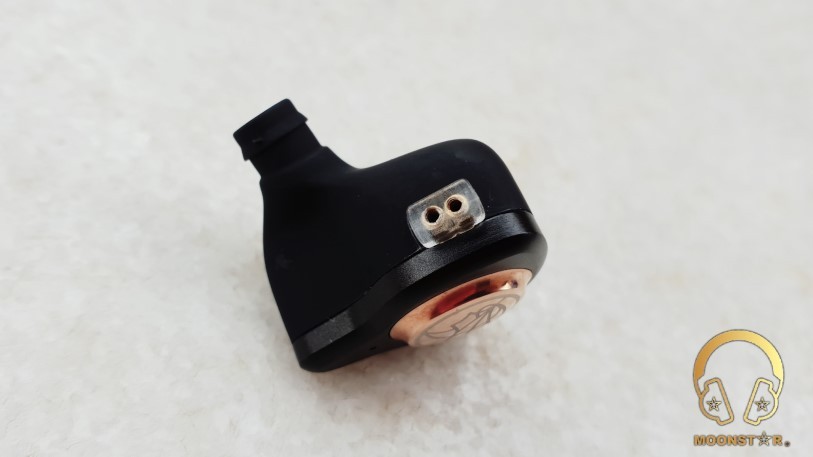 The cable that comes with the TFZ T2 Galzy has a nice twisted profile and is made of a 4 core, 5N purity OFC (Oxygen Free Cooper) wire material, which has a soft rubber like black coating. This coating is very efficient to avoid any possible microphonic effect. 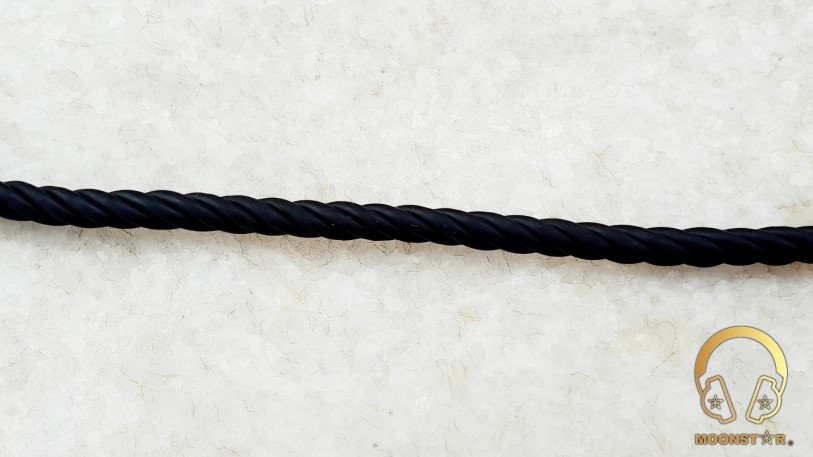 The 2-pin male connectors have transparent plastic housing, where you can find the left and right markings. 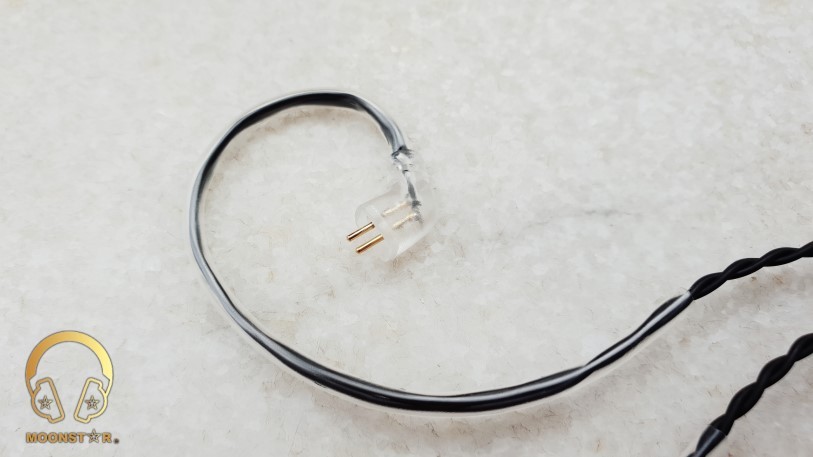 This cable has a Y splitter,which is made of a soft black colored plastic material that sports on bothsides the new TFZ logos. 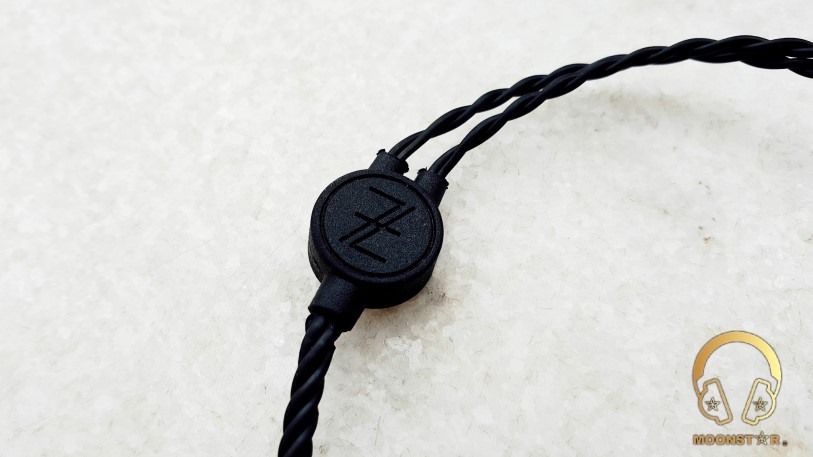 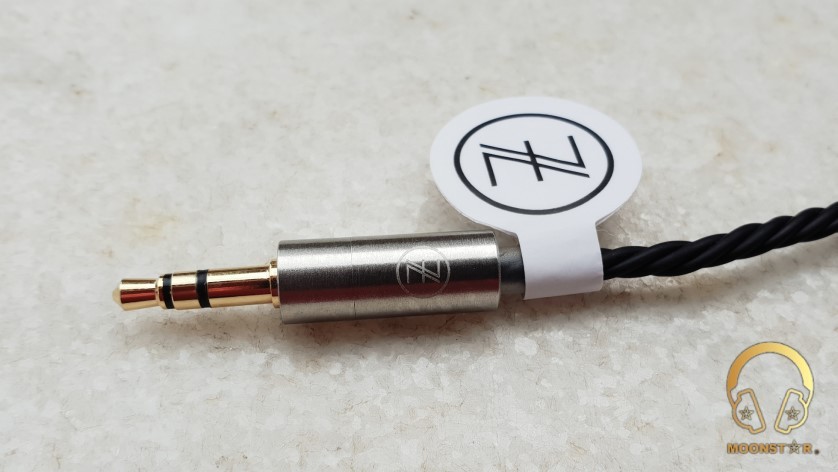 The monitor housing is using the same shape that we know form other TFZ IEM’s, which are all pretty small and quite comfortable to wear. The isolation of the TFZ King II is on a average level and quite ok for the use in environments such bus, metro, train etc.

The TFZ King II has a rated low impedance of 16 ohms, which makes it to an easy to power In-Ear Monitor that is quite suitable for the use with devices that have low amplification capabilities, such as mobile phones or tablet’s.

Equipment’s used for this review: 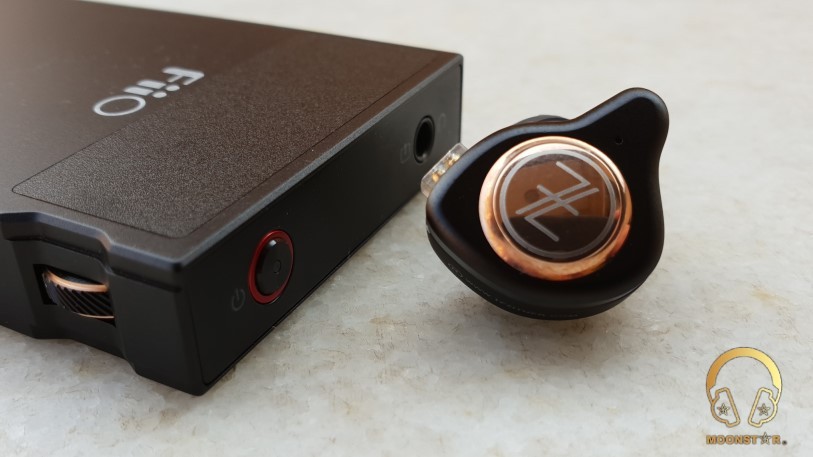 Albums & tracks used for this review:

The TFZ King II is an in-ear monitor with a fun, V-shaped sound signature that features sweet / lush mids, a fairly deep and fast bass, and a pretty controlled treble presentation.

The King II is able to go in to a fairly low register in the subbass region, while the extension and rumble is on a moderate level. The subbass shows a nice rumble while I have listen to genres such as edm or trance music, which I think will satisfy most users with exception of bass-heads.

The midbass of the TFZ King II have slightly less effect in the lower frequency region, but is showing all in all a good slam effect. The midbass will satisfy most of the users in terms of quantity and impact, while bass-heads will need more power.

The bass character/tuning of the TFZ King II is not too linear in terms of quantity and impact. The advantage of this the bass tuning is that the performance and pleasure continuous even when you switch from fast metal tracks to the trance music. 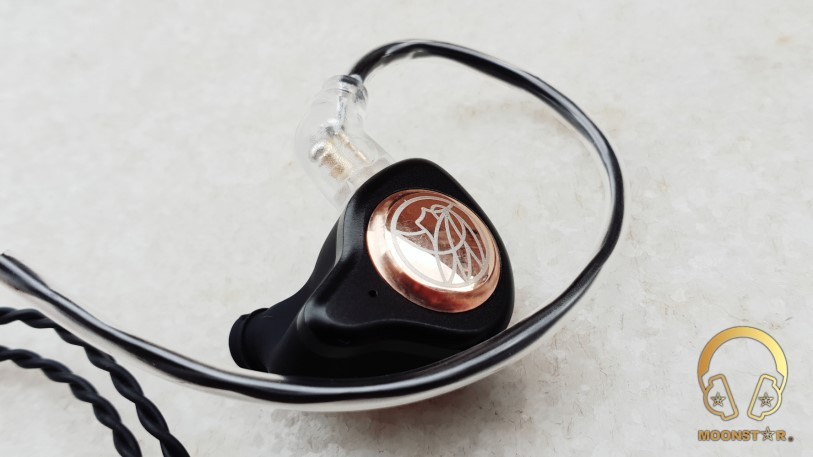 The midrange of the TFZ King II is slightly laid back due to the V-shape sound signature. The overall tonality is sweet, warm, and thick, while the lower midrange shows an average presence sufficient to allow for a fairly detailed and deep male vocal performance. There are no negative situations like the muffled or mixed presentation of the men's voice. The general sound of the male vocals is soft, full-bodied and lively.

The upper midrange of the TFZ King II is lightly pronounced, which is causing to a slightly leakage of transparency and extension of the female voice. The overall tonality of female vocals is sweet, emotional and soft in its presentation. They are also no remarkable negative situations such as sibilance or harshness, which makes the TFZ King II to an ideal IEM for long listening periods.

The King II is showing a sweet and soft instrument tonality, without any negative situations such as sharpness or thinness of the instruments presentation. The pianos are relative soft, while guitars are slightly bassy and with a slightly thick tonality.

TFZ King II is not a detail focused IEM and can be classified as fun-oriented In-Ear Monitor. 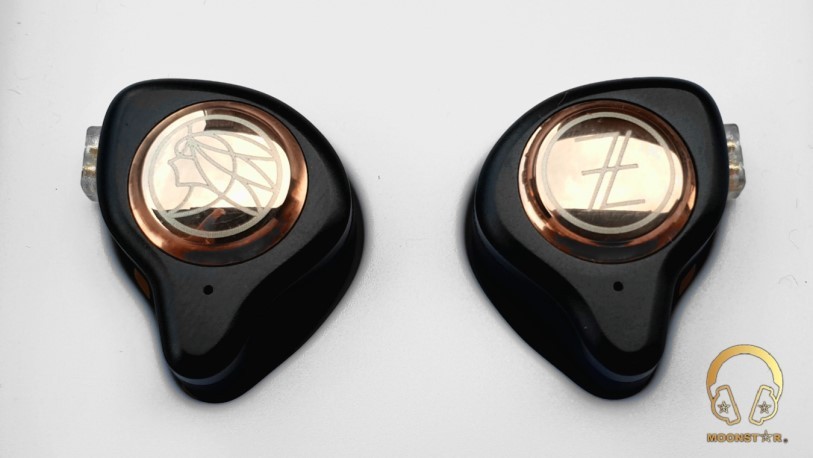 The upper midrange of the TFZ King II is mildly pronounced and is doesn’t showing much side effects such as harshness or over-brightness, which makes it to a good choice to does who are sensitive.

The presentation of violins is in this area slightly bright but in general smooth without any remarkable harshness. Pianos on the other side are fairly good except a slightly missing of brightness, while instruments such as side flutes, clarinets and piccolos are pretty successful except a slightly shortage of extension.

The treble range of the TFZ King II comes a bit from the background with moderate emphasis. The treble doesn’t come enough to the foreground that is noticeable in some genres such as metal music. The treble extension of instruments such as hi-hats is a bit short, but cymbals sounding without any sharpness which is a positive feature of this tuning.

The quantity of the treble region is quite enough for jazz music, while the overall presentation in genres such as edm or trance music is controlled and shows enough brightness, without any remarkable harshness. 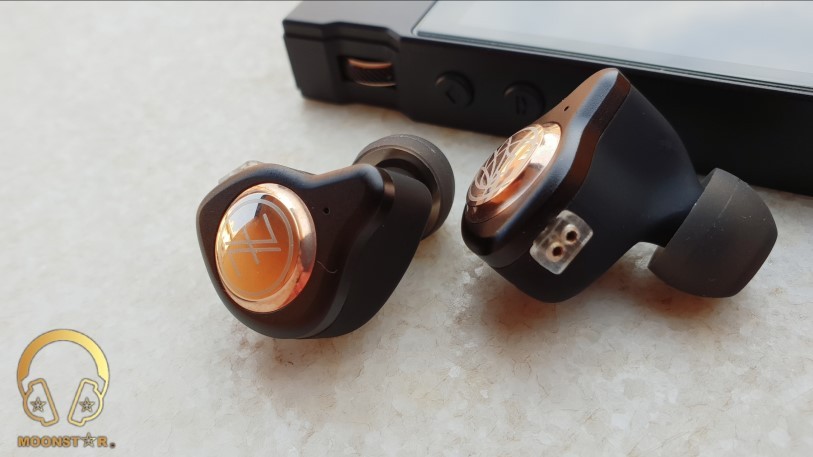 The Soundstage of the TFZ King II is showing average expansion, which is pretty enough for multiple genres such as rock, pop, edm and so on. The stage has slightly more depth than its wideness and the placement of instruments is ok.

iBasso IT01 versus TFZ King II

Both IEM’s have a V shaped sound signature with a musical and fun presentation. The iBasso IT01 is superior to the TFZ King II in terms subbass depth, extension and quantity, while the TFZ King II has the upper hand for control and speed. The midbass quantity and impact of the IT01 is higher than those of the King II.

The midrange of both In-Ear Monitors is recessed due to the V shaped sound signature they are sharing. The midrange of the TFZ King II is slightly thicker in its tonality and shows also more body than those of the iBasso IT01.

Male vocals sounding more successful while listening to the iBasso IT1, while the TFZ King II taste's better with female voices. The iBasso IT01 has more space and air for instruments than the King II and with slightly better detail retrieval.

The upper midrange of both In-Ear monitors is pretty controlled and in most cases fatigue free. The upper midrange region of the iBasso IT01 is a bit more pronounced and brighter than those of the TFZ King II and shows also better extension and detail.

The treble region of the TFZ King II is slightly more recessed than those of the iBasso IT01, which shows more treble quantity, intensity and extension.

The sound stage of both In-Ear Monitors is not very expansive, but it is suitable for several instruments in width and depth. Both are more successful in terms of soundstage depth than the wide, while the TFZ King II has a slightly better depth and the iBasso IT01 has more width. 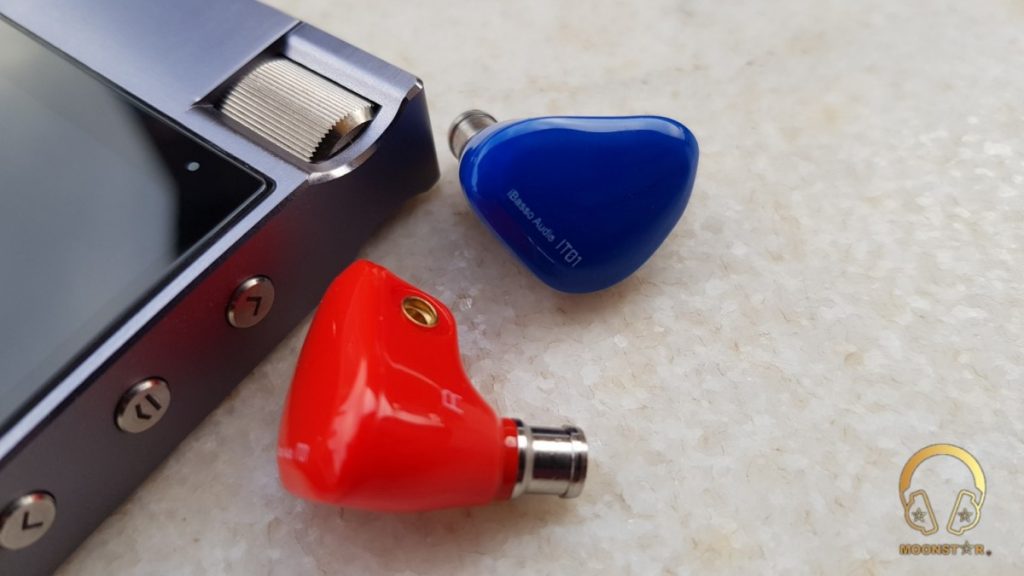 The main difference between King LTD and King II is the wire specification, which is an 8 core wire design (4 core are of silver-plated oxygen-free copper and 4 cores are of oxygen-free copper). This cable is the reason why the King LTD has a rather W shaped signature instead of the V shaped sound signature that the King II has.

When it comes to the bass speed, both IEM’s are nearly equal with a moderate speed.

The instrument presentation of both IEM’s is fairly musical, while the King LTD sounds slightly more detailed, cleaner and spacious.

The treble range of both In-Ear monitors is a bit more recessed compared to the upper midrange and the lower treble area is more pronounced than those of the upper treble region that displays also more detail.

The soundstage performance of both In-Ear Monitors is on an average level and shows more depth than width. The stage width and depth are equal for both IEM’s and I could not establish any superiority in this field. 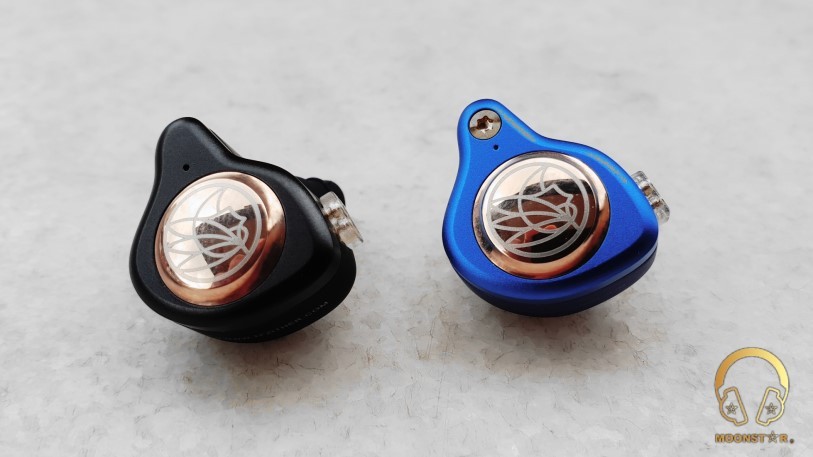 The TFZ King II is an entertaining In-Ear Monitor with a musical presentation that is accurate enough for most modern genres. Not only is the sound suitable for long listening periods, the ergonomic and small design makes the TFZ King II a good choice in this price range.