TDK Life on Record's ST-550 full size headphones have all the features you need to enjoy your music and movie listening experience.

ST-550 have a single-sided cord, so you don't get in a tangle and you can use them with almost anything thanks to the adaptable 3.5mm and 6.3mm jacks-both with gold plated plugs for better connectivity.

The ear cups are designed for extra comfort so you can wear them for hours. Plus, the specially designed head band means you won't know they're there.

Pros: 57mm drivers. Cheap, $25-$60 US! Sounds good. Detachable cable. Fairly Comfortable. LOW Impedance. Light Weight.
Cons: Ugly. Bulky. Sound pretty harsh out of the box (before burn-in). Cheap, feeling materials. Creaking Plastics.
First off, I haven't found much about these headphones reviews-wise. So, to start, I found these phones at Staples $60. I wanted a pair of cans at the time, so I decided to go for it. Even at retail price, these cans are not much of an investment. 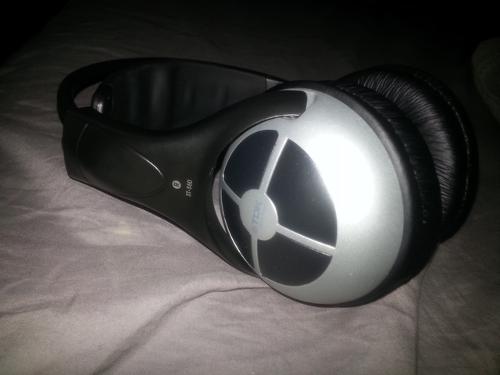 When I first opened the box I found a couple cables and the phones themselves. One cable was very long, 11ft to be exact, and the other was 4ft. The longer cable had a switch on it to go from mono to stereo sound, as well as in-line volume control. 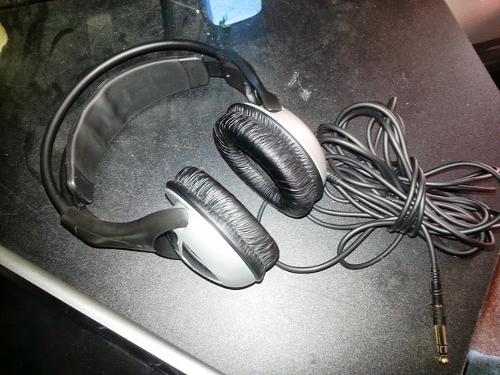 These phones sound very nice, especially for the money. That is, they sound nice NOW, but before I burned them in, they definitely sounded harsh. The plastics felt cheap, the earpads felt thin, and fragile, and the chrome used on the side of the phones looked cheesy. Also, there was a creaking sound that the plastics sometimes make when moving your head. Not very good first impressions then, but then, for the money, I wasn't expecting quality build materials. 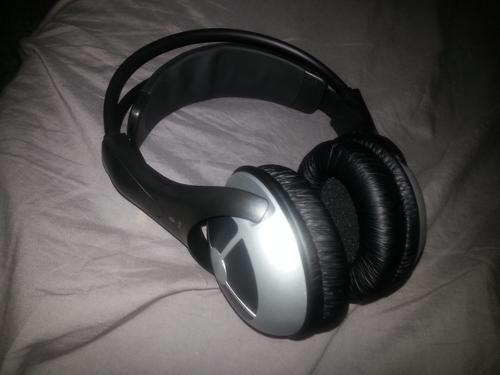 This is where the ST-550's shinned. After burn-in, they sounded like much, MUCH more expensive headphones. A little bass-heavy, and mids slightly lacking, but for $60, or even $80, MAN do these sound nice. And thanks to an impedance of just 32 ohms, they don't require an amp. They reminded me of the Fostex T50RP's, but more bassy. That's high praise, as the Fostex T50RP's are much more expensive, and STILL very good for the money. And that creaking noise mentioned earlier seems to get better as they are used and broken in. (I still, of course, prefer the Fostex T50RP's for the responsive, flat, crisp sound. But the ST-550's are really not far behind them).

Don't expect a much from these headphones quality-wise; they're pretty cheaply made. But if you can get over that, you really can't go wrong with these things for the price. I use these things quite often, and because they're not all that expensive, I take them with me when I need a pair of phones that don't need to be amped, and are cheap enough to not be a huge loss if they were ever broken. I've also modded them. I'll provide an instructional thread link below*.


* Since making this thread, I've added cotton in between the earpads and earphones to provide a better seal, and make them more comfortable. I've also changed the stock cable to a Scosche flatOUT cable. It's shorter, and uses an angled connector.

Hope you liked my review!