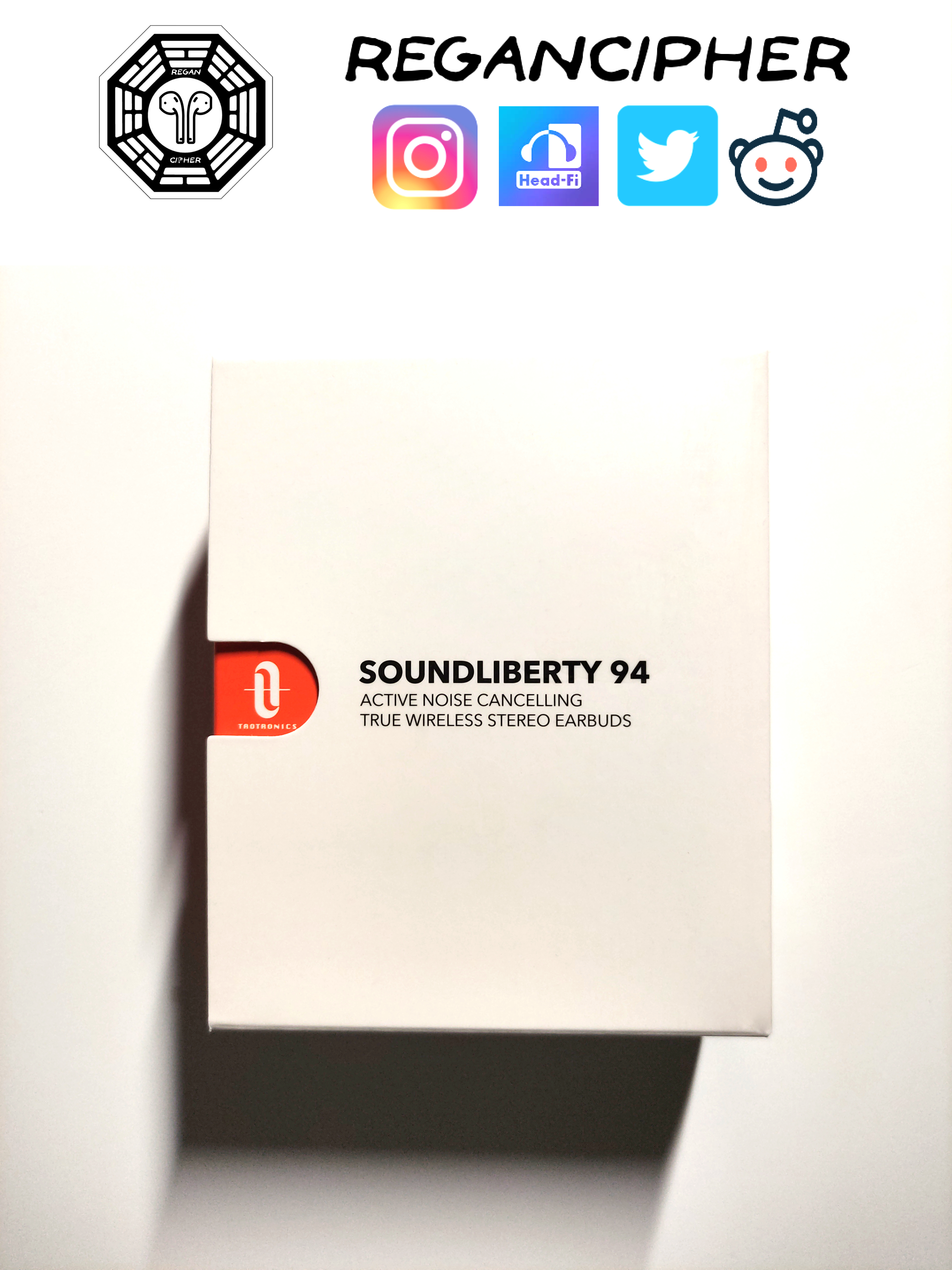 How I review: (See Previous Reviews)

This is about the tenth set of Taotronics earbuds I've reviewed. Taotronics is the brand name the SunValley group use for OEM/ODM and distribution of earbuds that are typically manufactured by smaller vendors with less reach than Tao, who have become highly established here in Europe and the US for both audio products and a whole host of other electronics, from dehumidifiers to wireless mesh systems.

Anyone reading got a middle child? They listen to everything negative you say to them and ignore all the positives. Tao are a little like that when it comes to my reviews. They ignore the good reviews and are quickly all over me when I give a bad one, and thus, these earbuds were sent free of charge to me soon after a negative review of the TT-BH095.

Amusingly they gave me a load of flannel about giving feedback to their engineers, which I had to tell them not to bother since I knew they were ODM Edifier TWS200. And the same is the case here - the SoundLiberty 94 look familiar because they have gone under about 5 different releases now - the Dyplay Shield, Tozo NC9 and 20Decebel ANC Pro are, to name but a few, the different guises these earbuds have adopted over the course of their lifetime.

If you've read any of my past reviews on old Tao earbuds - well, you'll know my thoughts. Very basic. Small case with the bare minimum packaging. 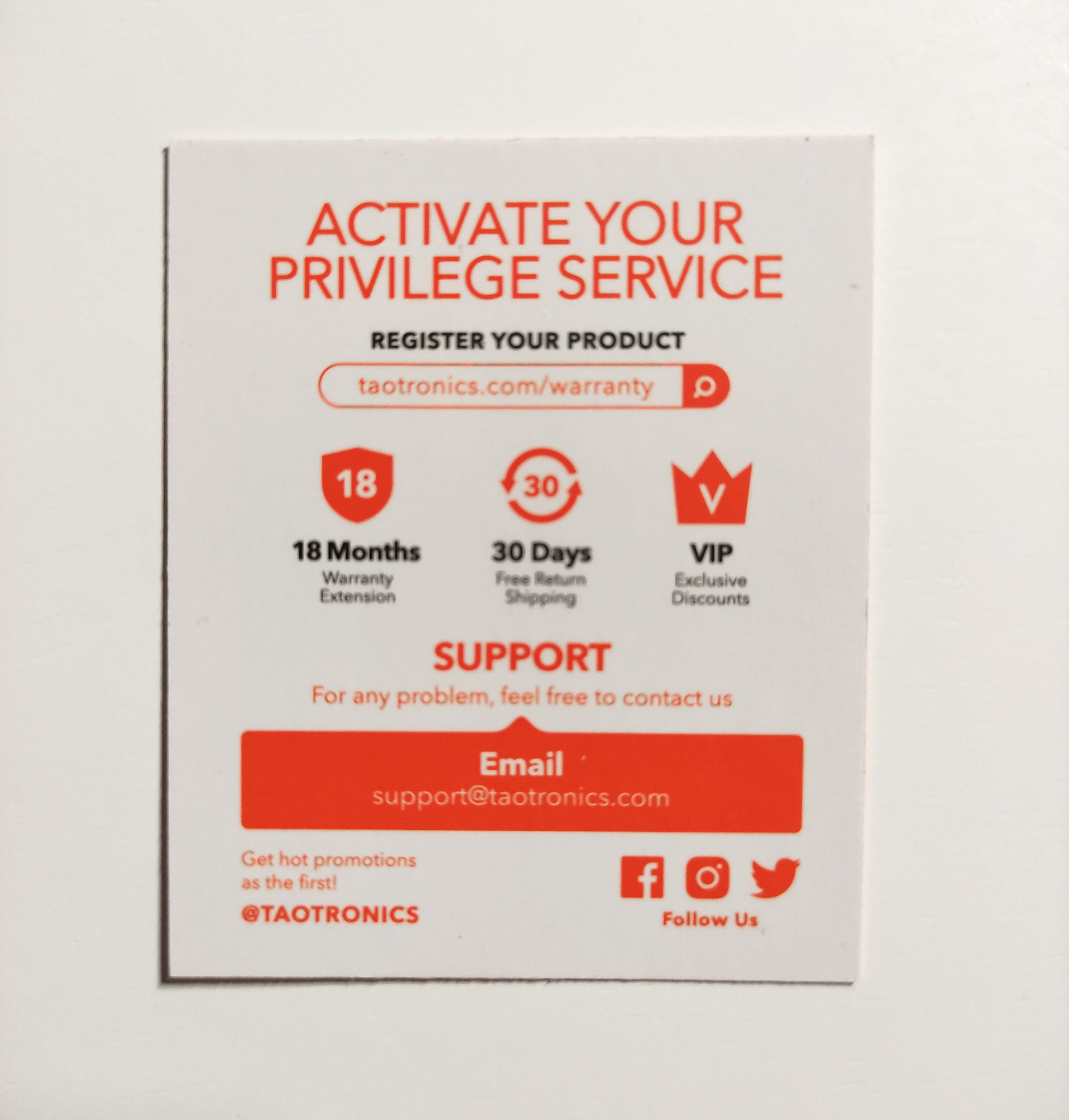 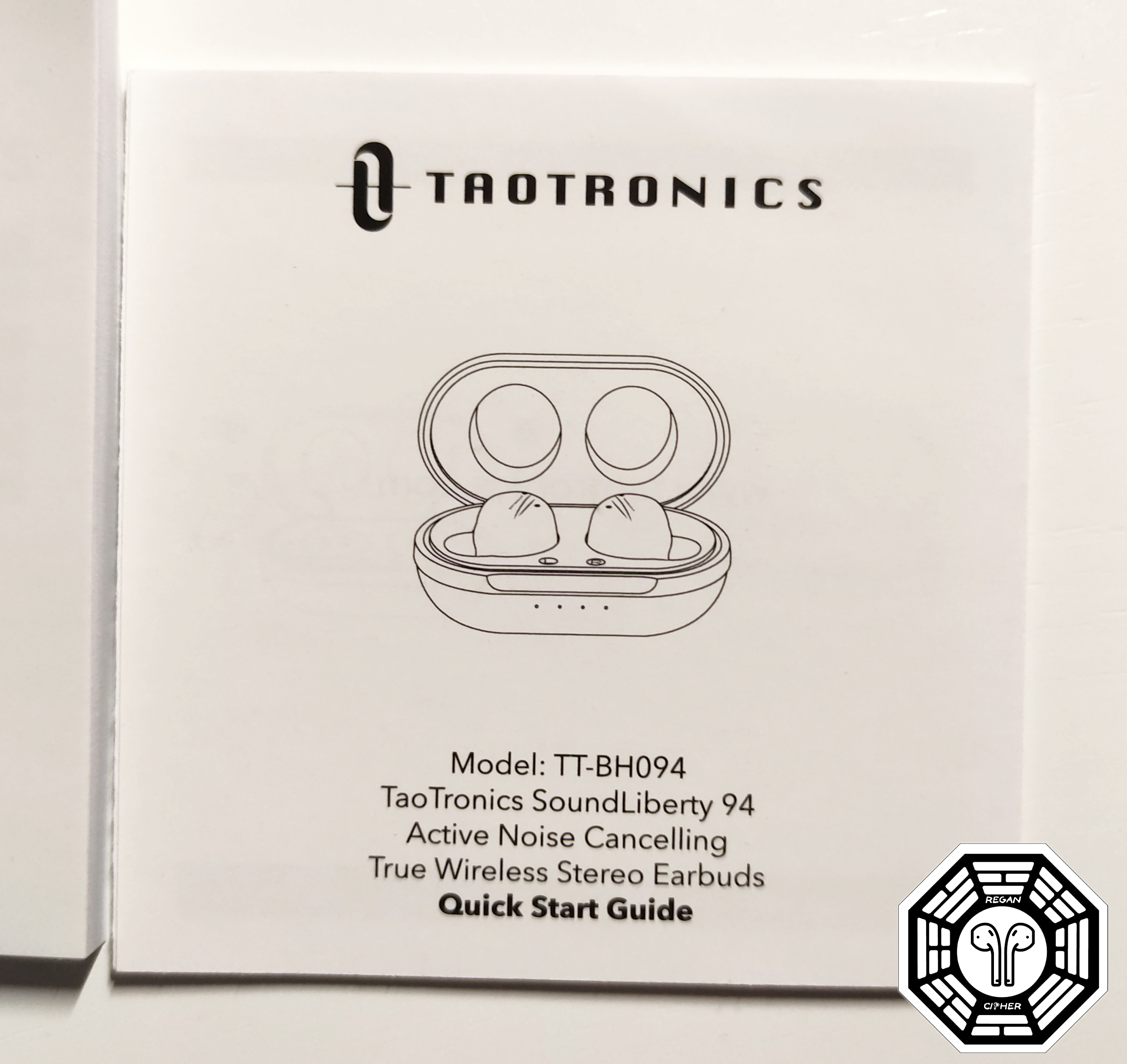 The quick start guide is straightforward. 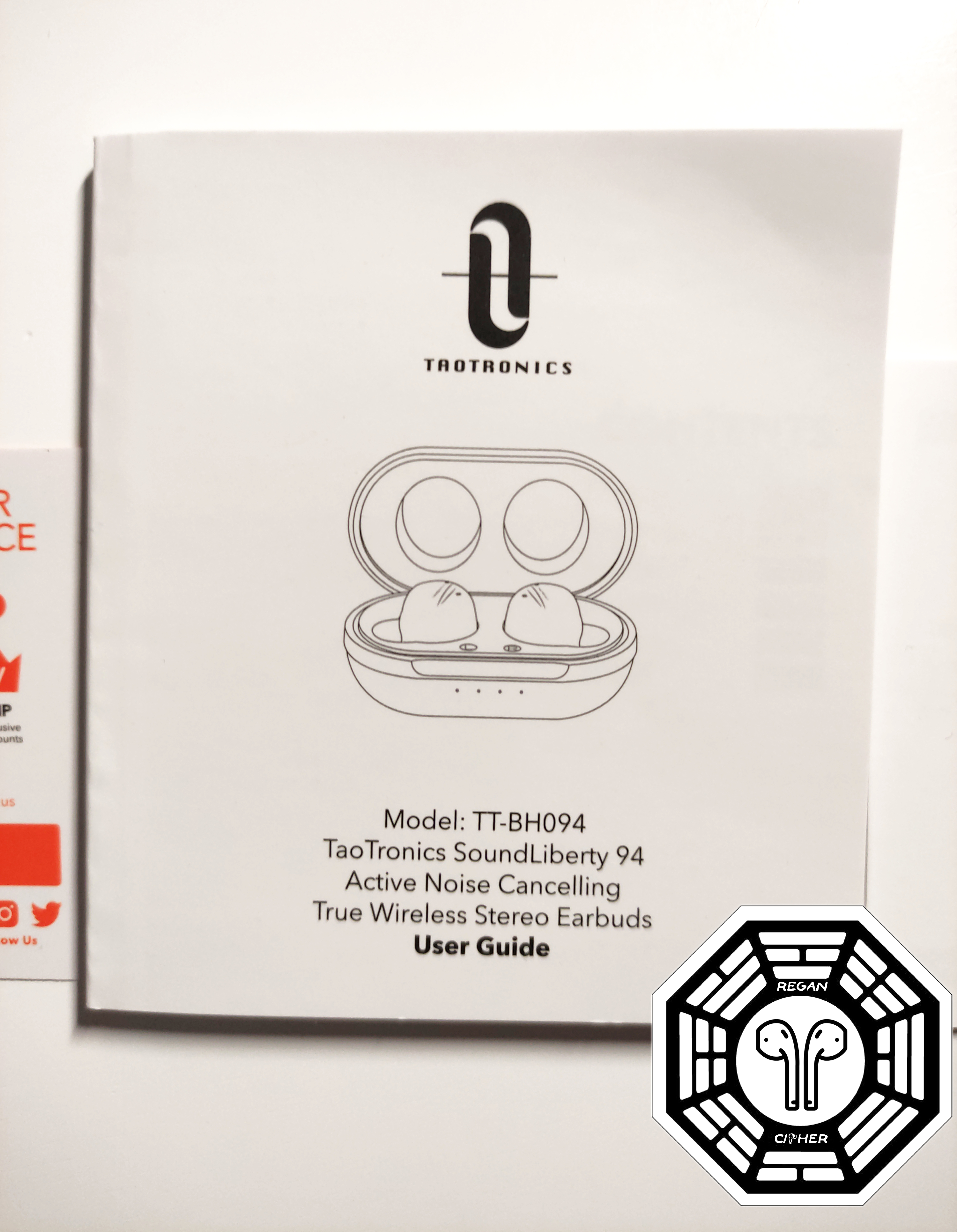 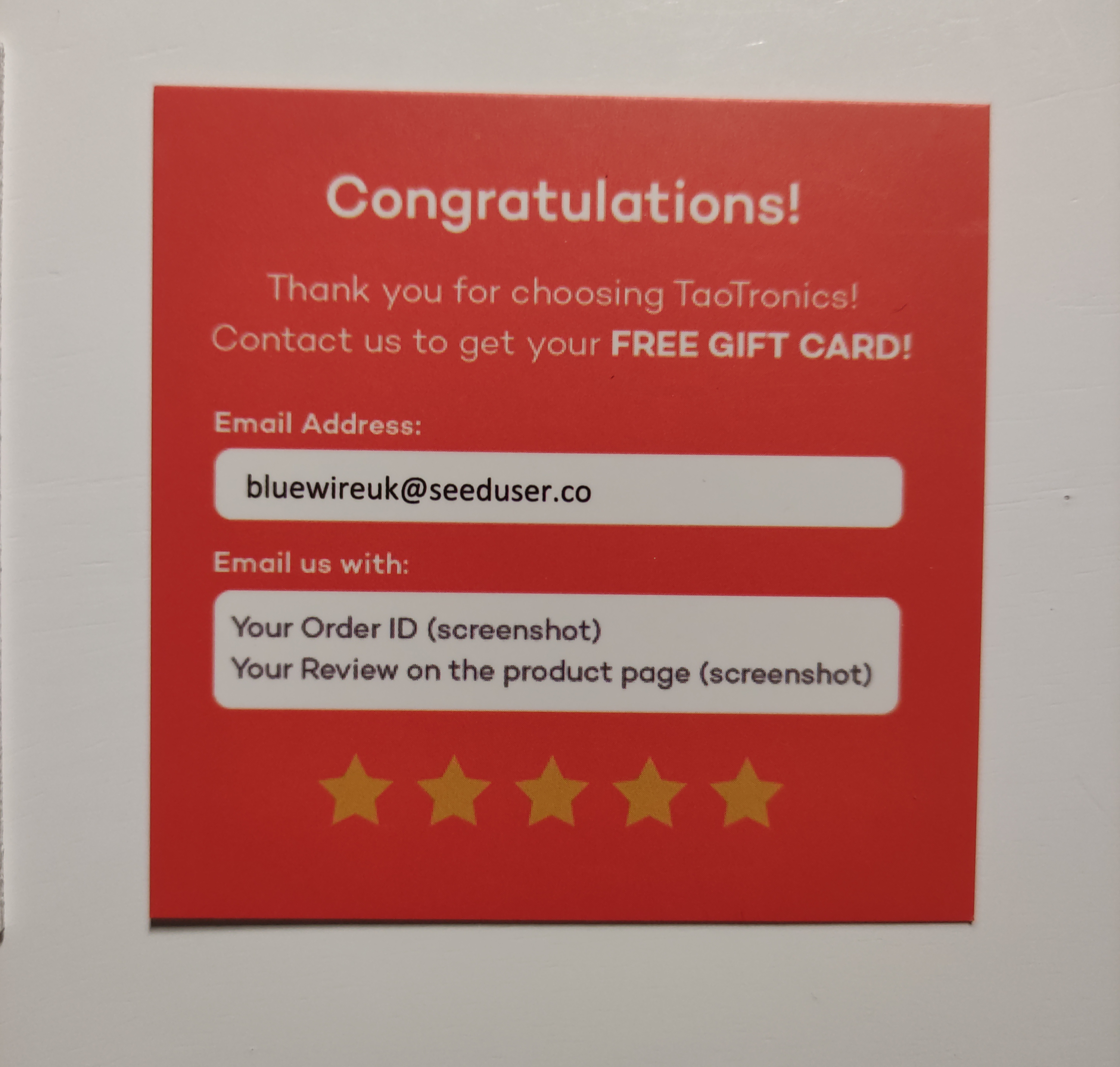 Unfortunately Tao included a gift card in exchange for a review (which they nudge should be 5 stars) with this model. This is malpractice that I don't like to see, and shouldn't still be pointing it out. 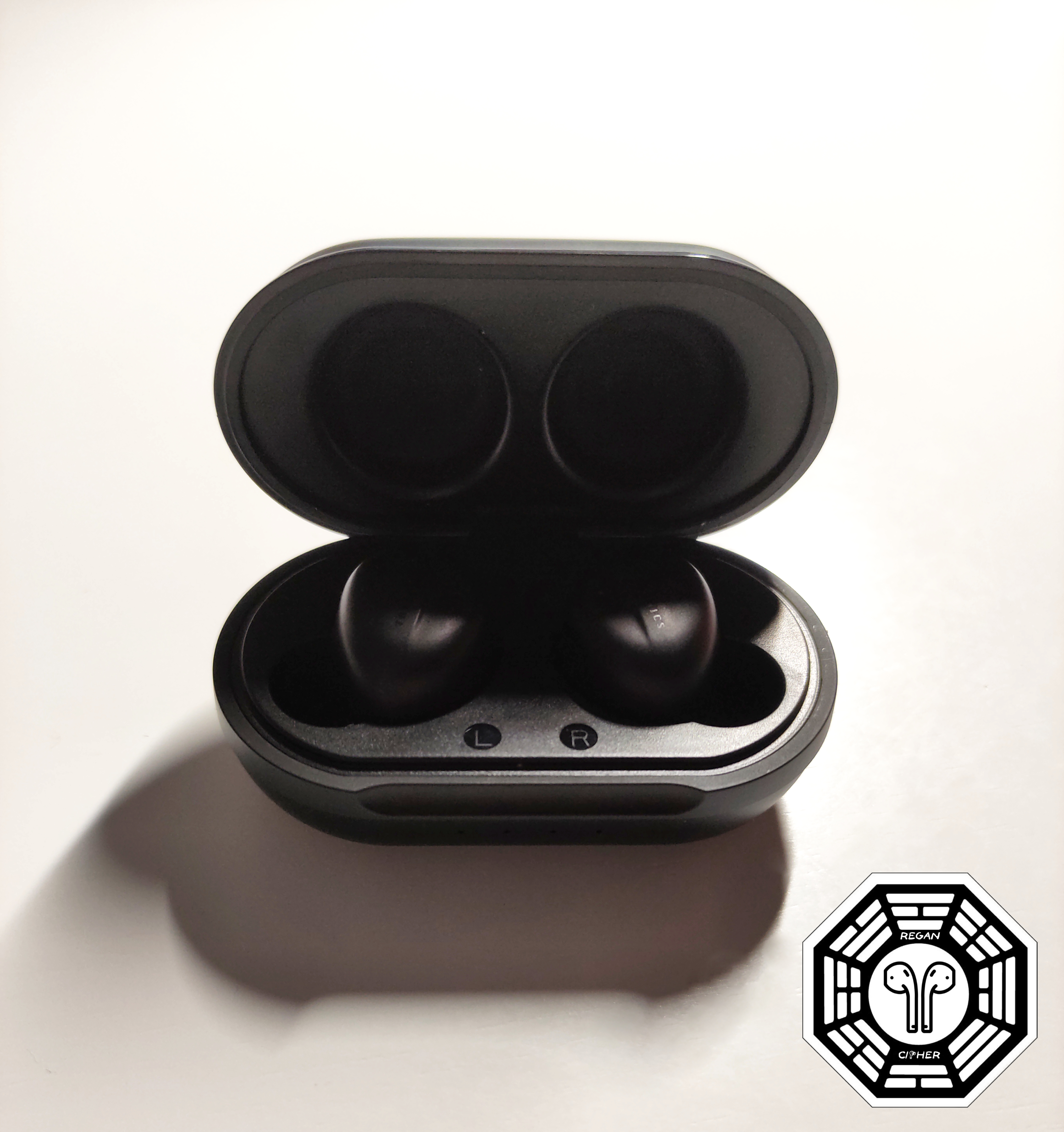 OK, it's pretty generic looking, but not too much negative to say here. It's pill shaped, with a Tao logo on the top. Not quite as nice as the SL 79, and larger, but it's got some nice features. 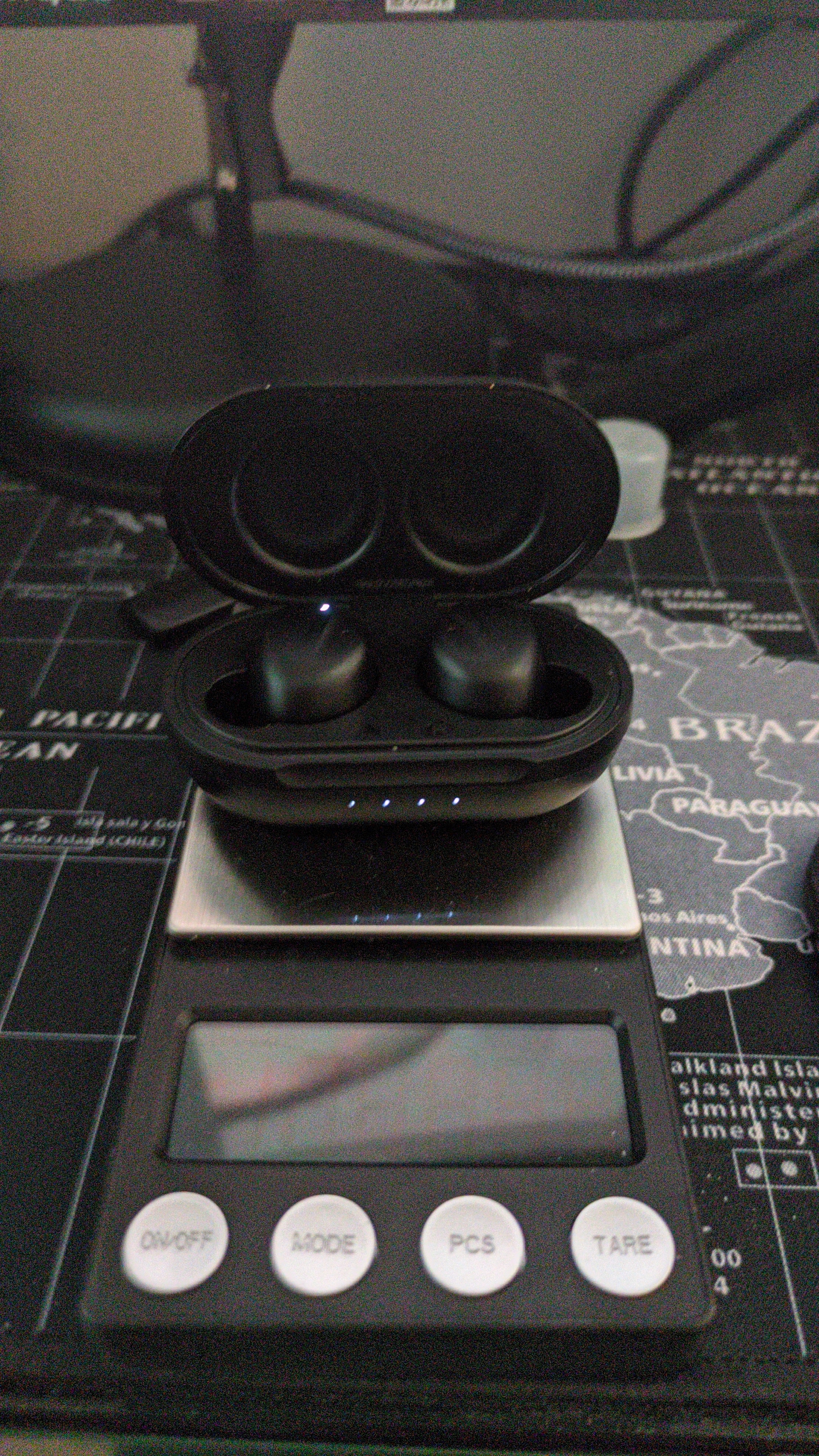 Four lights on the front denote how much charge the buds have, and the buds will also flash with a white light when they are charging inside the case. 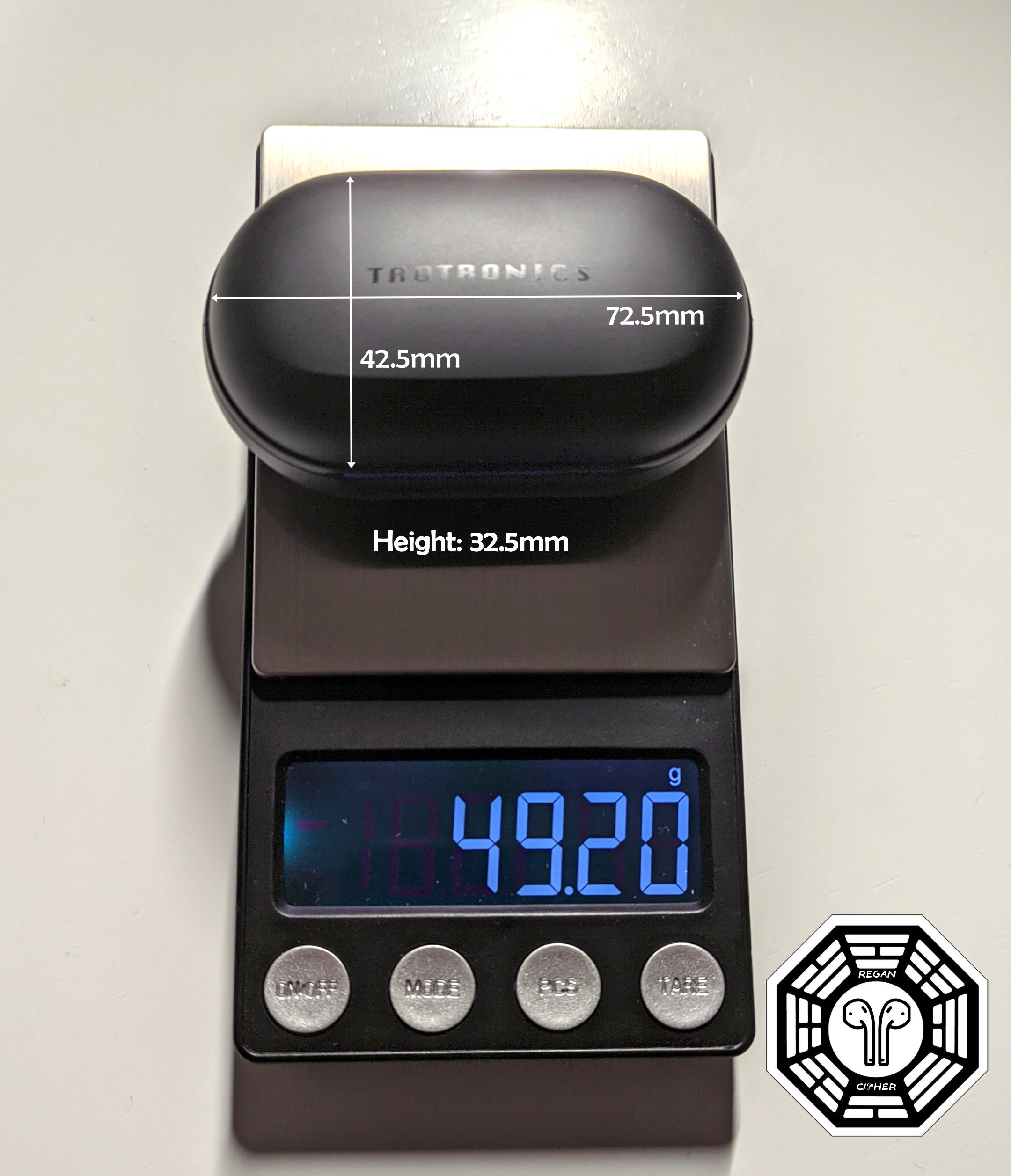 The case weighs in at just under 50g - one of the heavier cases around, and longer than the FIIL T1 Pro, Boltune BT-BH024 and other long-ish cases. It's also one of the taller cases at just over 3cm - not in the league of the QCY T10 or Alien Secret QCC010, but rather tall anyway.

Still, it's portable, and provides an additional 3-4 charges. 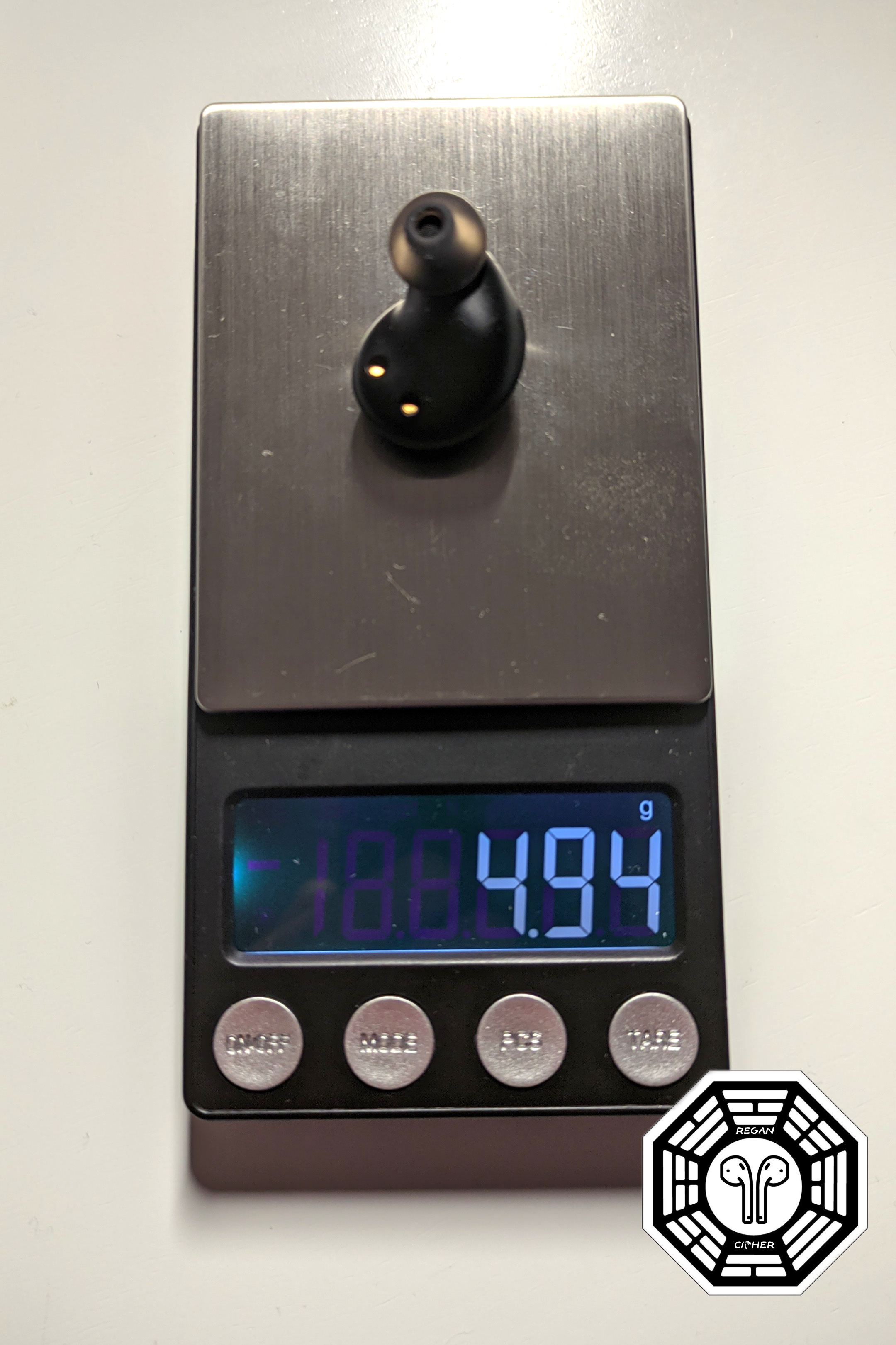 At just under 5g, the 94 are one of the heavier earbuds around, but not by much - the average is around 4.5g, so nothing major going on with the weight. 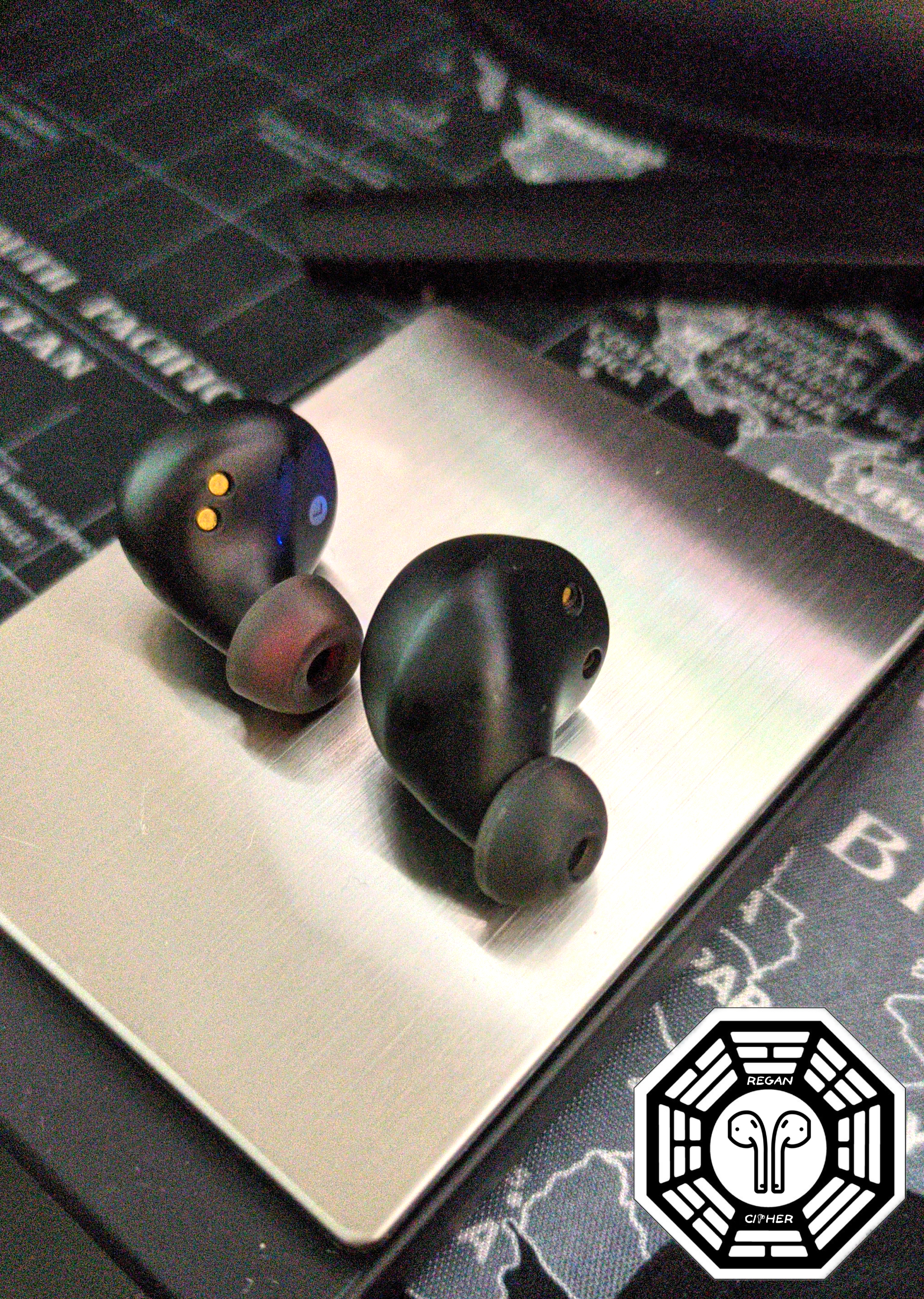 Examining their size against similar models reveals why - they are not quite custom-IEM style, but they are ergonomically shaped in order to provide a comfortable fit and snug seal. 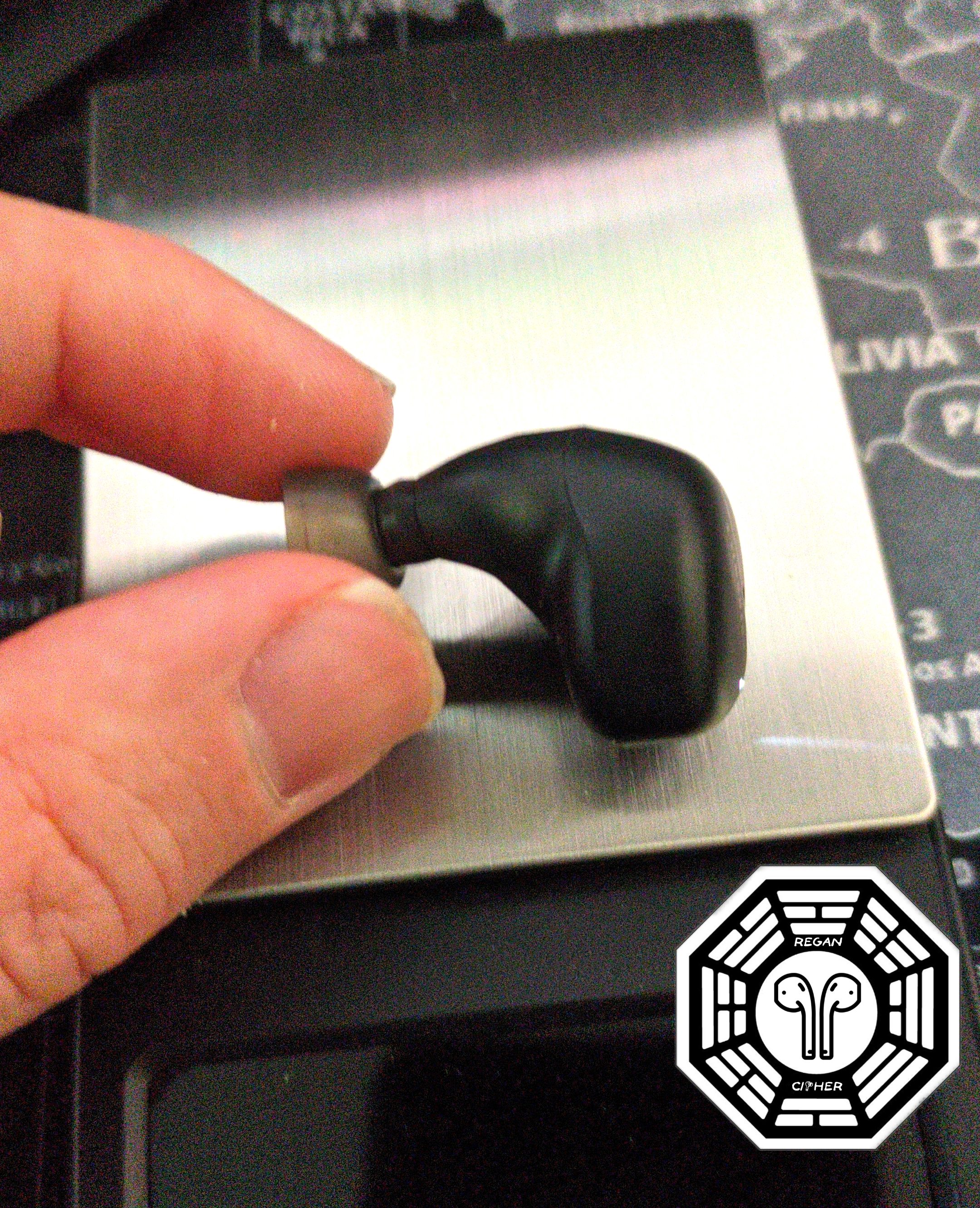 This is further reinforced with close examination. 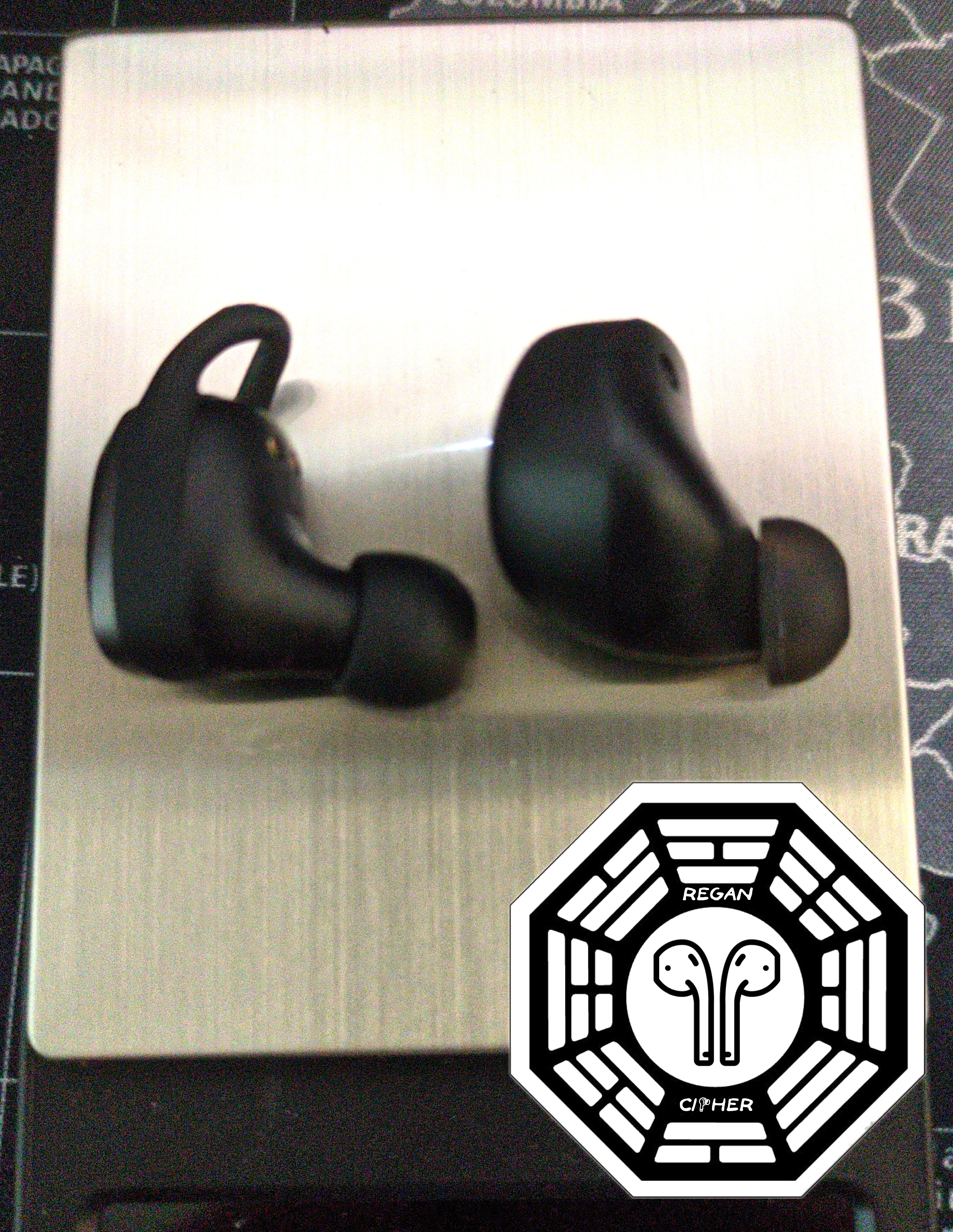 They are taller than the FIIL, and also wider, and yet they still stay in your ear quite majestically - far better than the Soundpeats Sonic, for example. 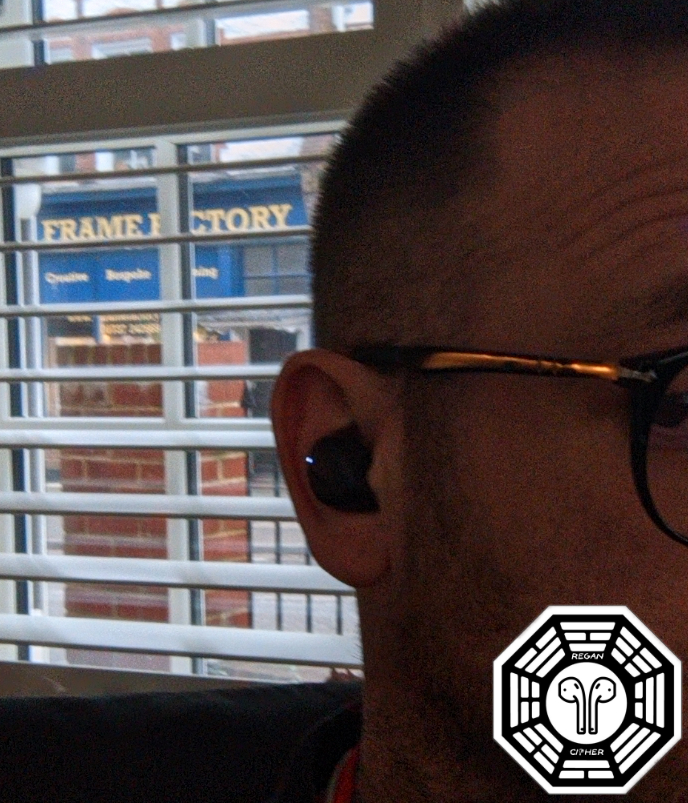 They also protrude far less than the Sonic, and this helps the passive isolation. 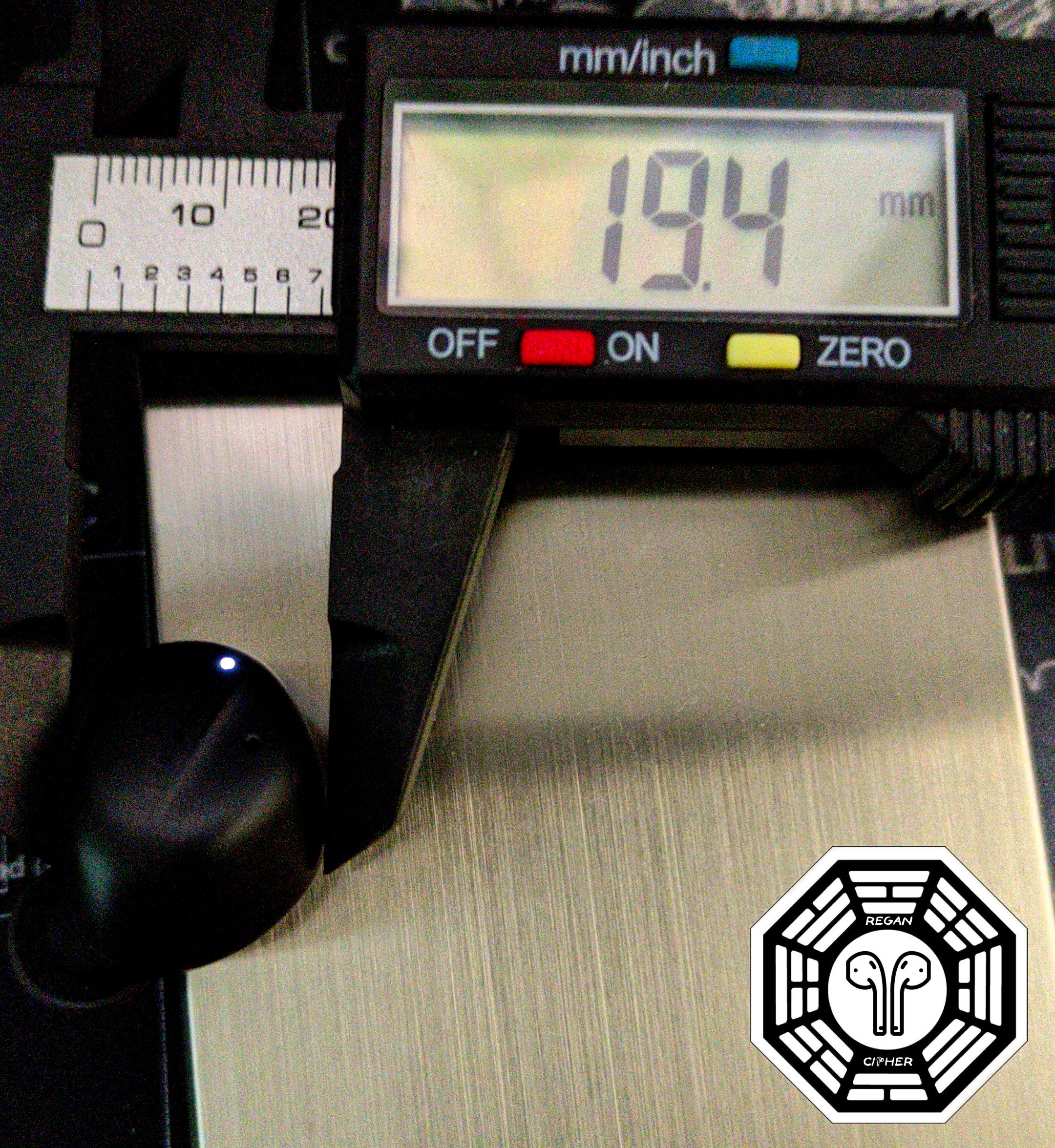 At 19.4mm at their widest, they spread the weight nicely, and feel far less button-like than many on the market. This is at the expense of a flat surface area for controls, but is a welcome development.

They are plastic throughout, but well enginered, and are supposedly IPX5 water-resistant, making them suitable for workouts, but no showering.

A pleasant surprise. Frequency response is solid, and like the 95's, the mids are elevated. Bass is generally quite flat, in keeping with their recent releases, avoiding the harsh subbass you often hear on budget buds. The high mids roll off a little early, removing harshness from vocals, but at times this can make them sound rather dull.

Whilst playing Tears For Fears "Songs From The Big Chair" album, instrument separation was surprisingly good, with a more airy sound stage than I had expected.

Note - I noticed a discernible improvement when balanced through Wavelet, choosing the default template from the 95's.

The big surprise package! The ANC is far better than I expected, almost certainly in no small part thanks to the excellent fit, which adds to the sound isolation. Whilst not as strong as something like the Tronsmart Apollo Bold, they held their own against the Edifier TWS NB2 and mute out most low frequency sounds, and even conversation is dulled nearby.

Considering they are frequently on sale at around £39.99, it is hard to argue with the bang for buck here. It does slightly change the sound signature, but again, that is to be expected.

The poorest feature of the buds. Like other Airoha sets I've tested, the mic sounds hollow and echoey. It gets worse outdoors - there's over-compression going on throughout, and aside from the Whizzer E3, I've tested few that distorted your voice as badly as these.

A shame as improving this area would have made them great all-rounders.

I haven't put it through its paces too much, but connectivity is the standard 10-15m LOS. They apparently support Bluetooth 5.1, and paired without issue to Windows 10, Android and IOS. 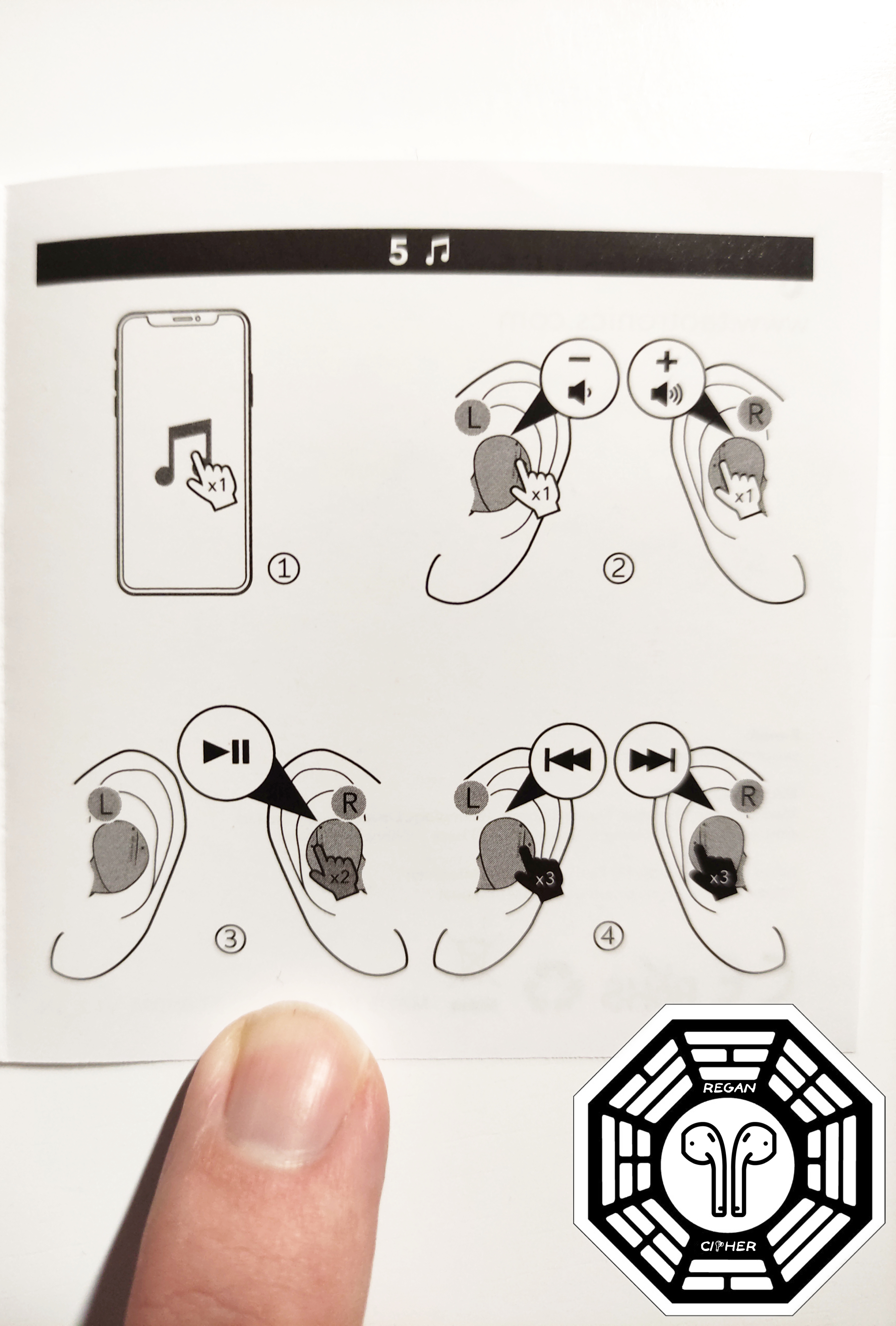 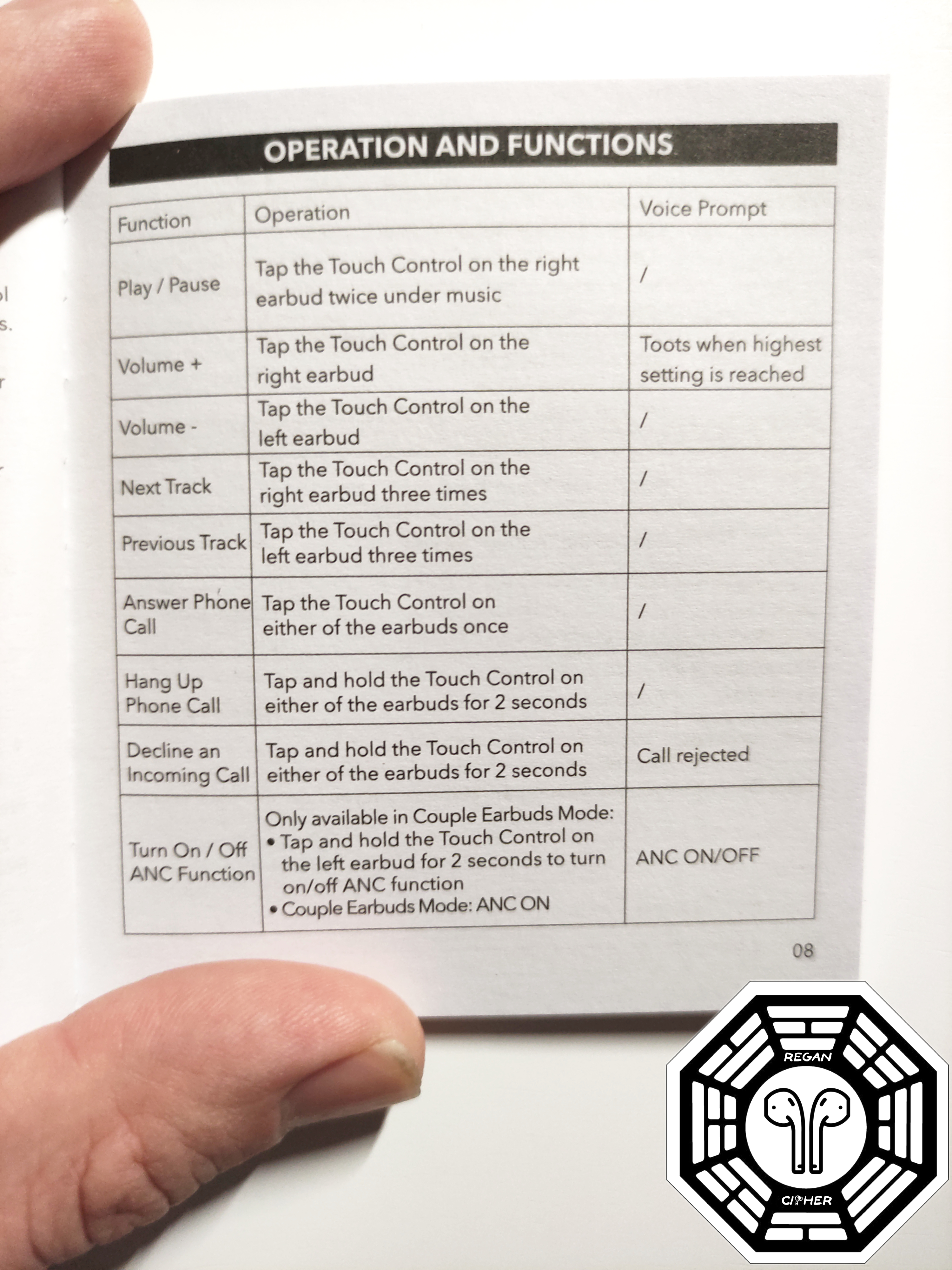 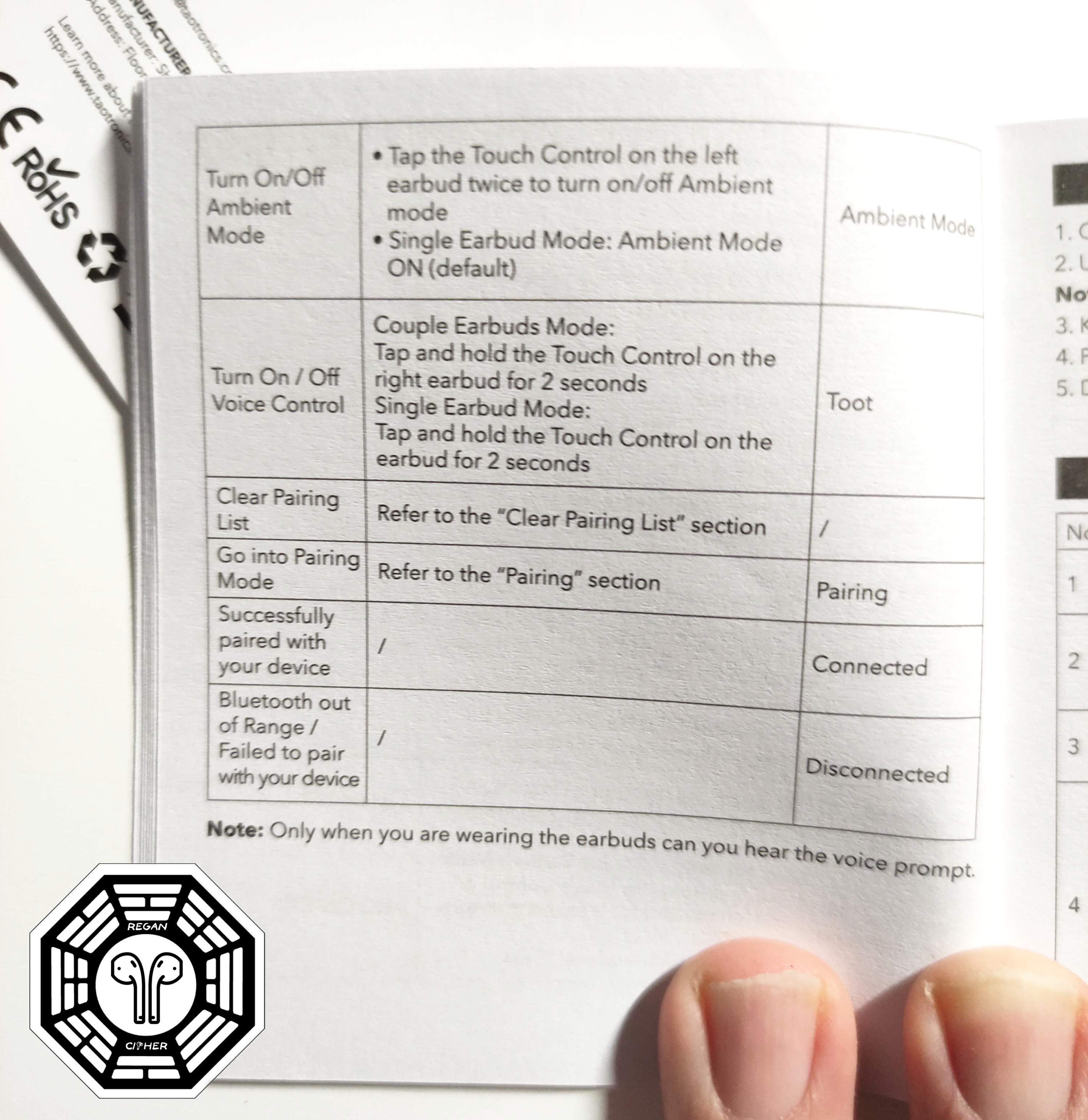 They support single mode, and whilst there is no low-latency setting, the Airoha chipset is known for being low-power and low-latency. Being AAC only, the manufacturer has worked at getting this right, reducing latency on IOS and also making YouTube relatively pain-free. Latency on Windows 10 measured 185 Ms, defaulting to SBC. On Android and IOS it was far better.

They also have ambient mode - a decent addition at this price - although it isn't fantastic.

I did briefly think they supported wireless charging, but this seemed to be a red herring.

With no QI charging, no app support and other handy features, the sale price is probably closer to their feature set than the MSRP.

ANC definitely affects battery life, but at around 20 hours, which is pro rata what I experienced, this is pretty good overall, and acceptable for a day's usage.

These were released in October last year, and the TWS market moves fast, so some degree of acknowledgement has to be made in lieu of this.

The SoundLiberty 94 are comfortable in-ear buds that, whilst they do thud when exercising, have a nice snug fit providing superb isolation and good ANC for the money.

Sound is somewhat flat, but with Wavelet on Android, can be brought to life, with a wide-ish soundstage and low latency.

Only the poor mic spoils a very decent release, and one of the lowest-cost ANC releases out there - giving great bang-for-buck.