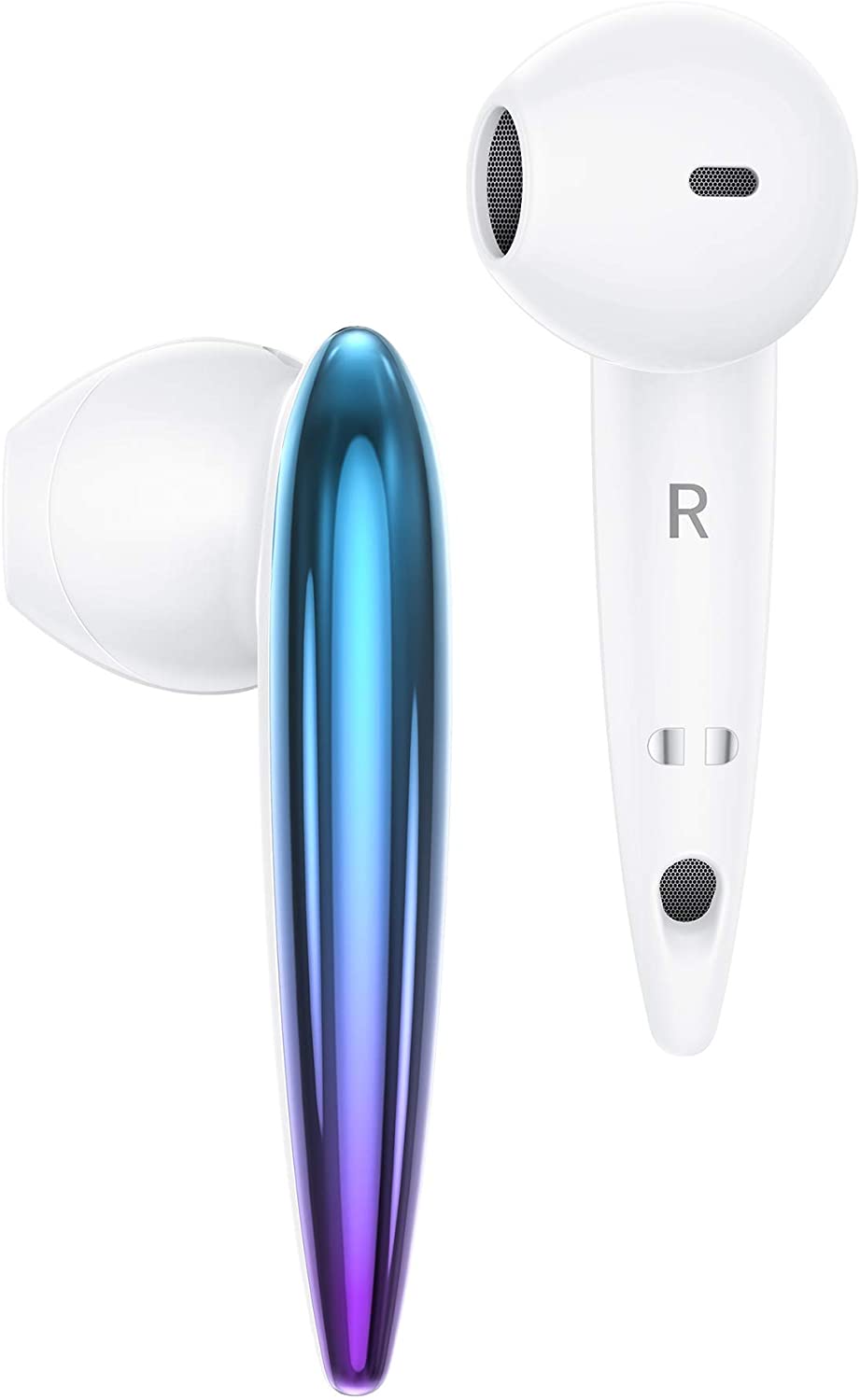 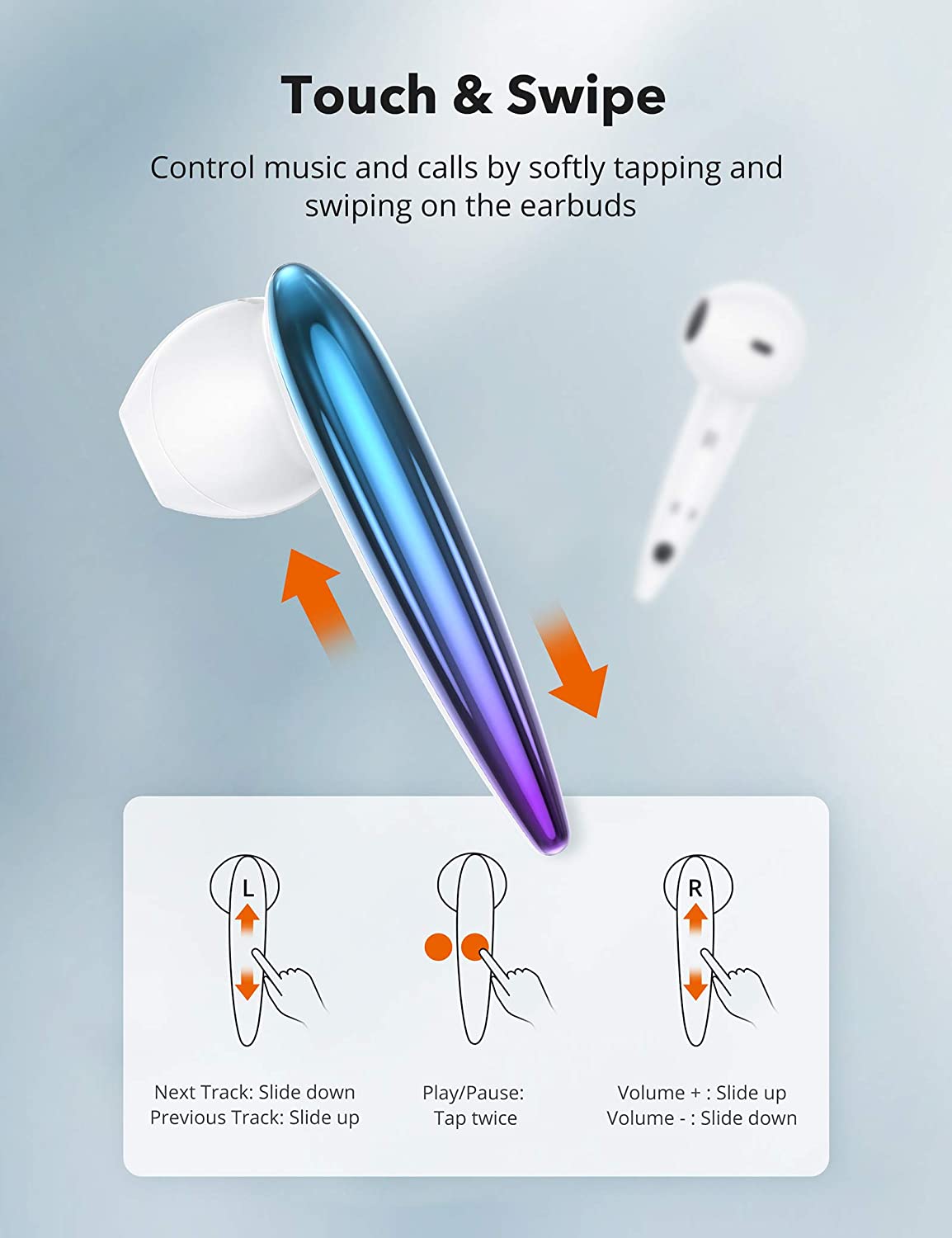 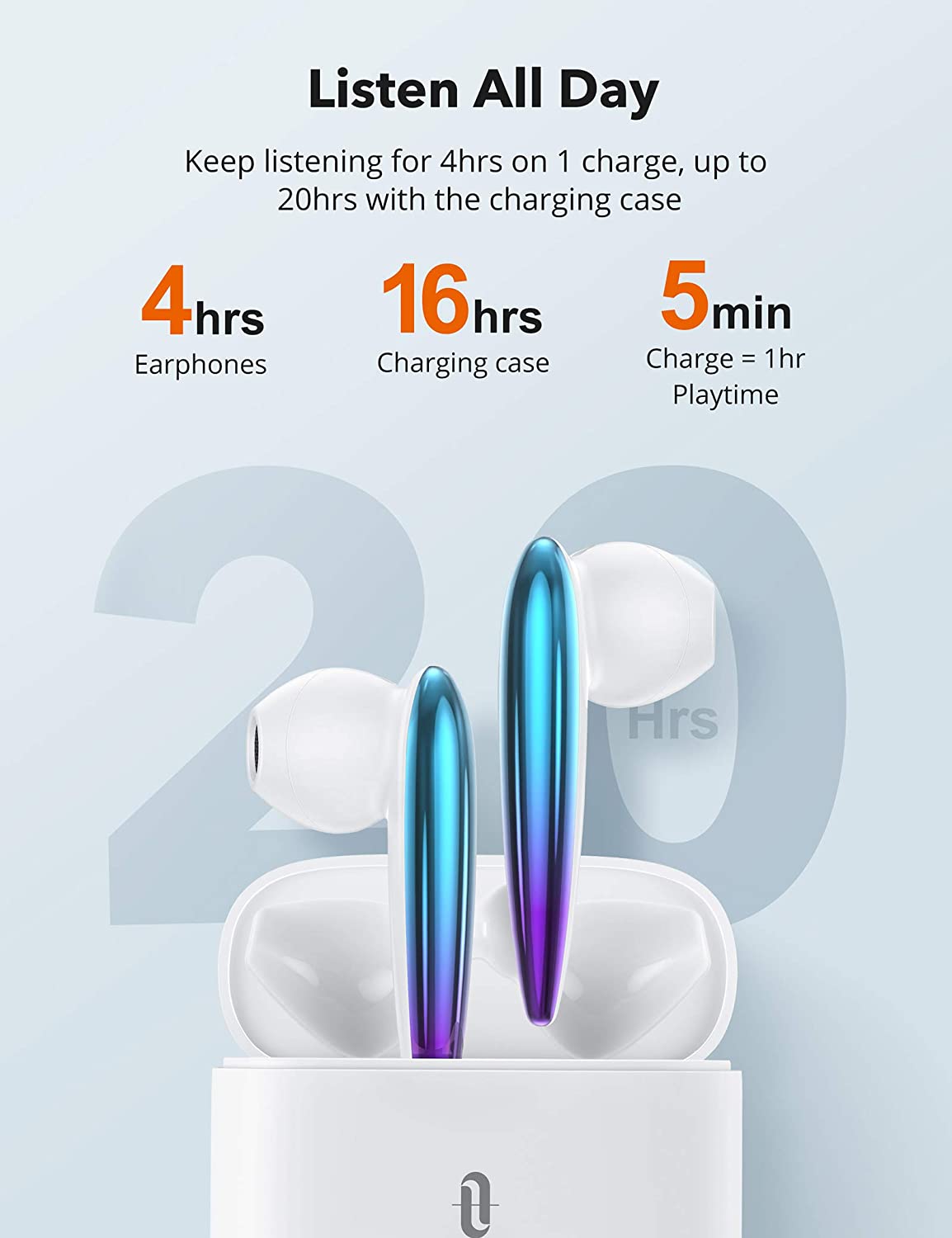 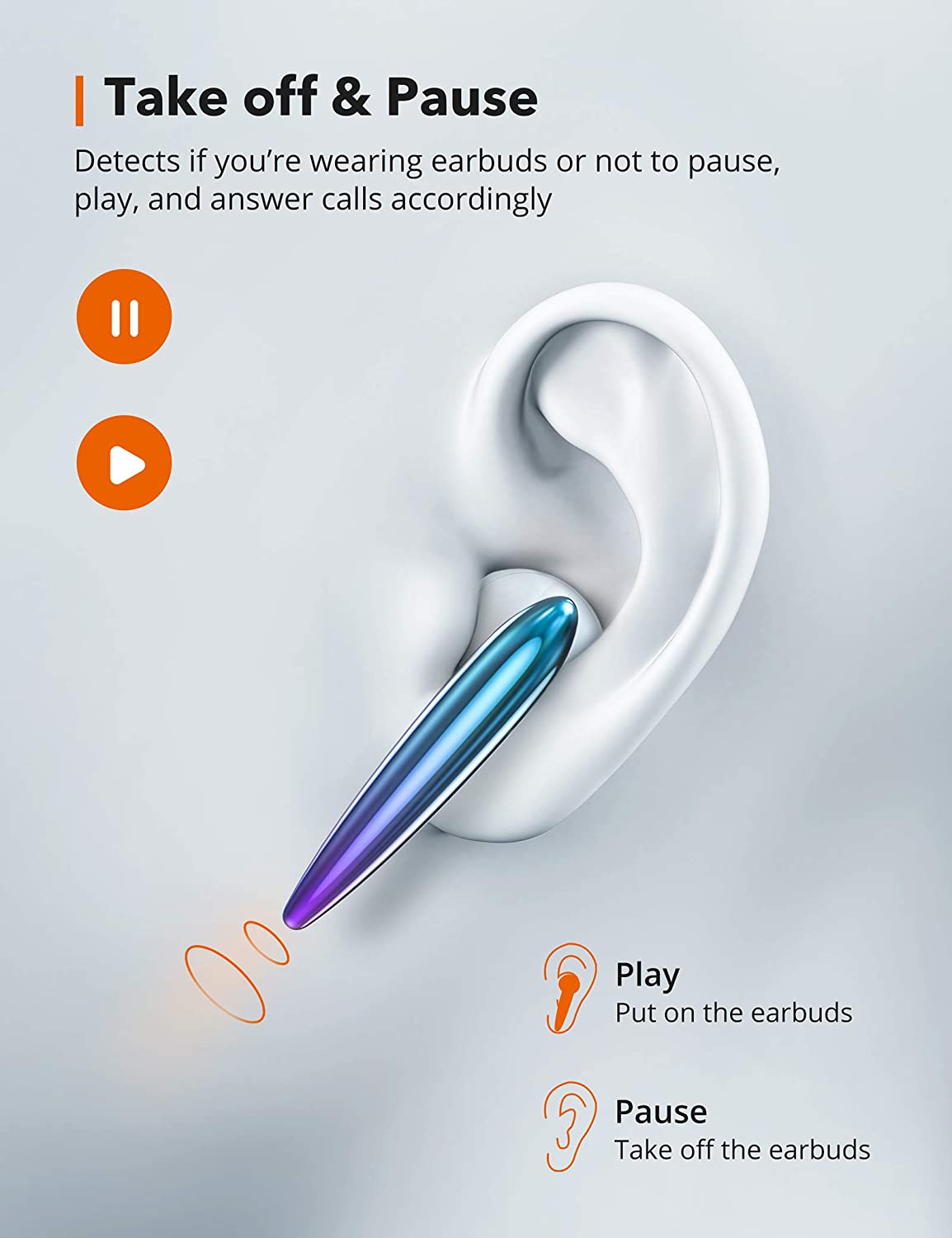 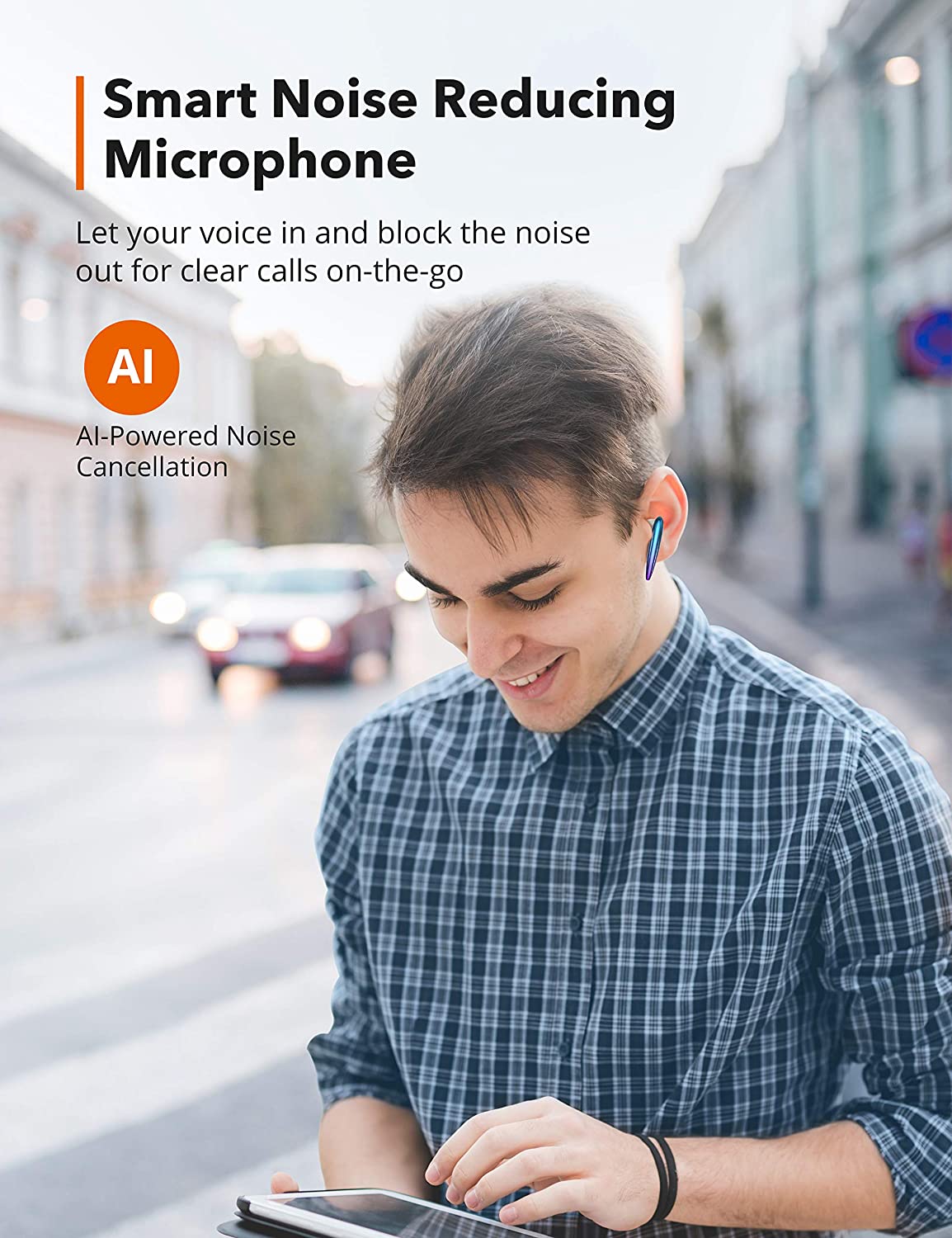 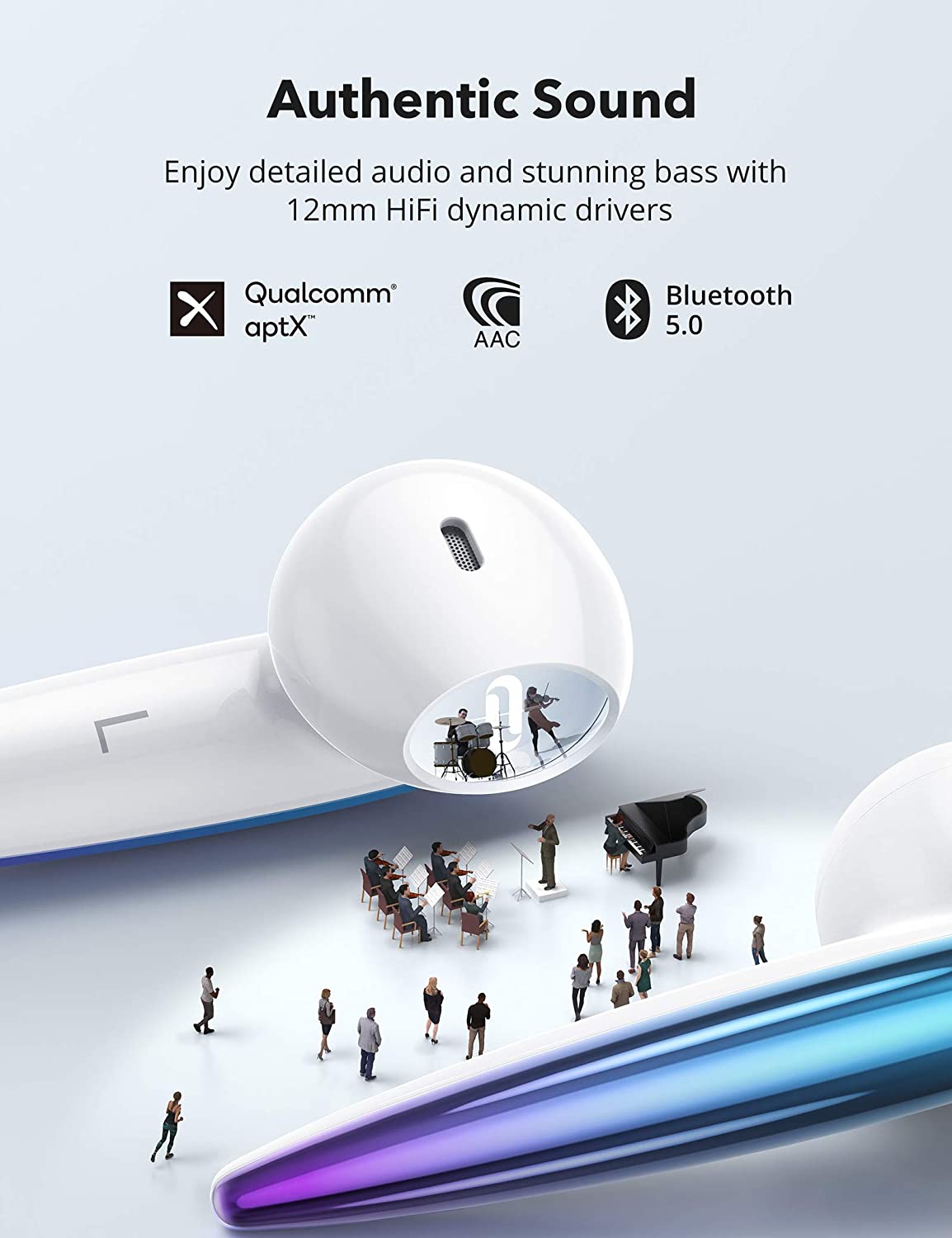 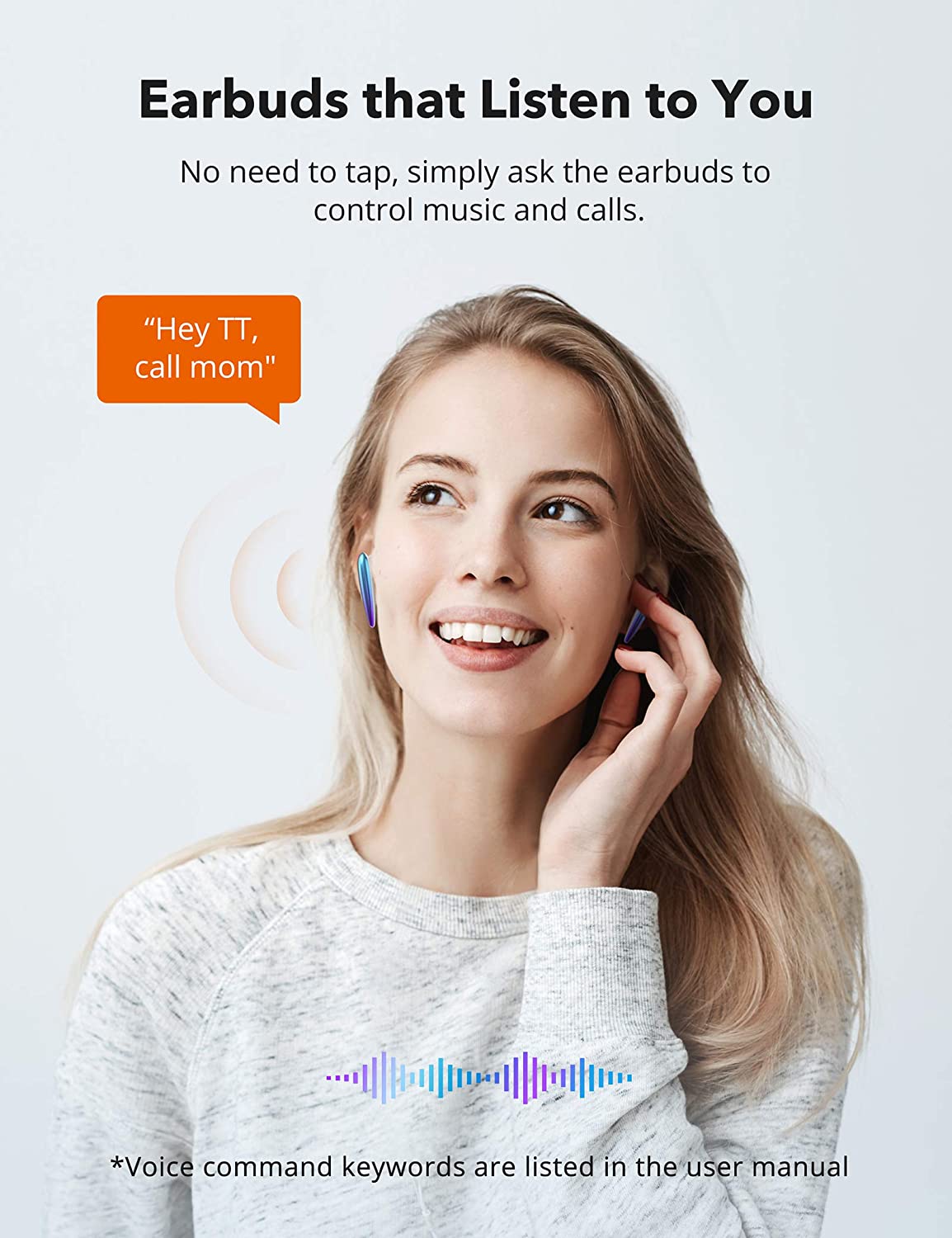 Premium Listening & Calling Experience
TaoTronics SoundLiberty 80 Wireless Earbuds delivers remarkable sound that enables you to catch all the details of the music, with high-performance aptX audio technology and QCC3020 chipset. They’re comfortable to wear, plus conversations are made incredibly clear with the AI noise-canceling microphone that can effectively filter out background noise for pristine call quality – even in loud situations. 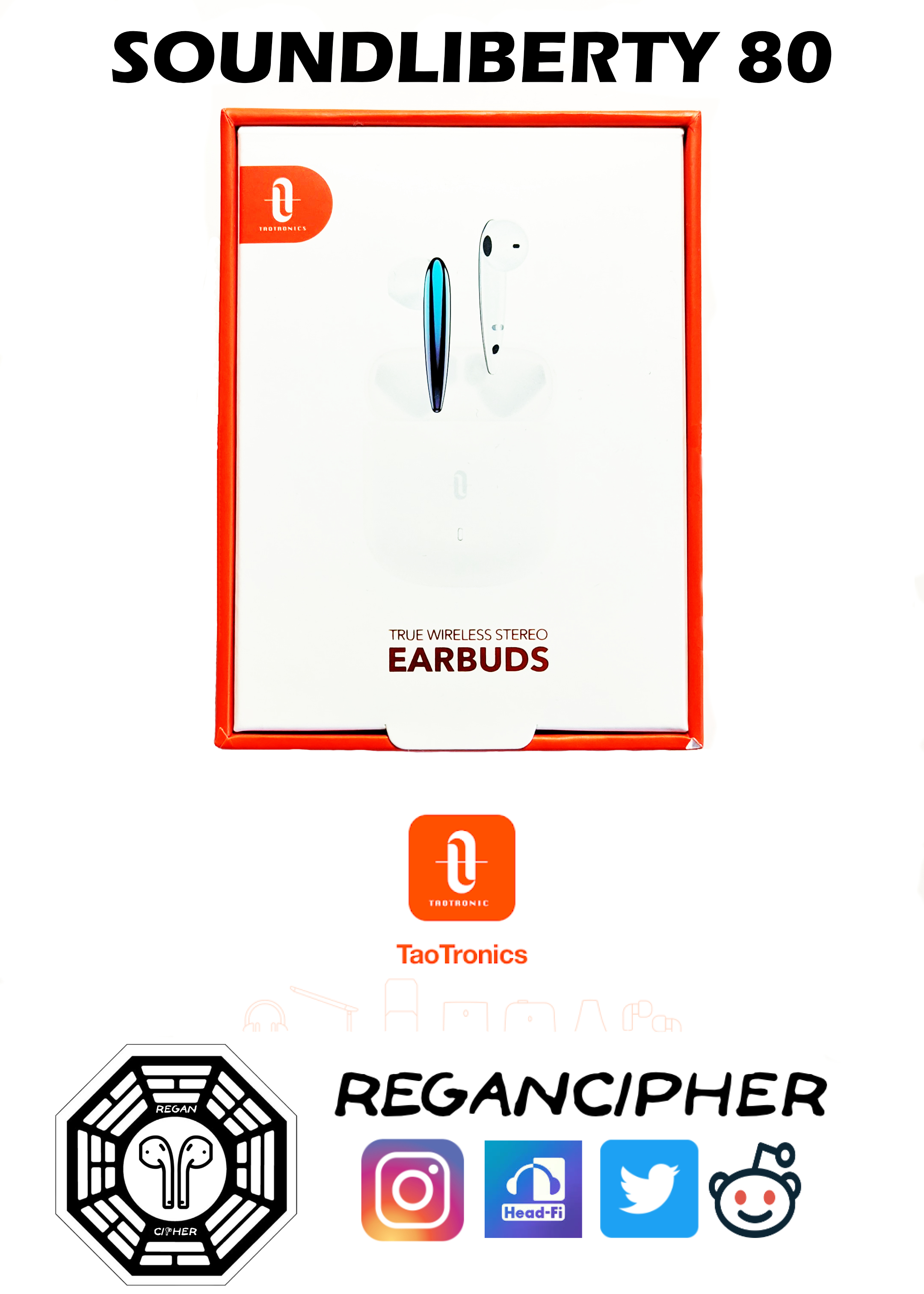 Subjective and objective assessments. I listen to a few key tracks, some FLAC, some bad quality mp3's, streaming services, audio books and tracks I know have been so badly produced they will probably clip the top or the bottom end. Usually I listen to one album in particular on FLAC as a reference class, and also Andre Rieu's Bolero, which again I also know inside out and has sufficient orchestral content for me to discern separation and sound stage.

I then test a few key variables such as FR and Spectral Flatness using an acoustic mic setup and a few different programs on my PC running Windows 10, which are not perfect but the results give me something to reference against. I may elaborate further with additional checks which are pointed out where applicable. I usually also check what's going on with the codecs using Bluetooth Tweaker.

I test on a Poco X3, Apple Iphone 8 and Windows. Mostly I'm reviewing bluetooth headphones so no need for any complexities. If there is an app, I'll test firstly how intuitive it is, and secondly review the EQ settings. If none are available, I'll use Wavelet and customise the EQ to try and get my signature sound, and also test how they perform with certain presets.

I do this just for confirmation of what I'm hearing. I'm not Scarbir, I'm not The Sound Guys. I have a demanding day job, study, and have three kids, so no long essays in these reviews.

I conduct a few different tests, as follows:

All are recorded for 1-3 minutes for future comparisons. I look for voice clarity, voice clarity among noise and glitches, suppression, naturalness and consistency.

Where possible, I ask my kids to also test to see what sounds the CvC or MEMS compression method is really trying to stifle, and whether it succeeds

As per the call quality tests, I usually test the ANC at the same time, looking for low and high frequency performance. I simulate white noise, use a fan, then take them down to a railway bridge. PNI is also attributed and scored where applicable. Ambient mode is also tested, and particularly important for earbuds designed for exercise.

I suffer from vertigo, jawache and migraines when the ANC is really strong, so I will highlight this where applicable. To date no earbuds have induced this from the ANC alone and the last headphones to do so were the Sony WH-1000XM3.

I use earbuds in four activities - calls, exercise, commute and relaxing. All three are taken into consideration to try to find the use-case, as finding the perfect earbud is, lets face it, probably never going to happen.

For fitness I am looking for the ability to stay in the ear, for commuter / home office use they would need good all-day comfort, and for relaxing they ideally need to pass the pillow test and stay in overnight, and at the very least provide comfort for prolonged use.

I find most perform almost identically, but do the usual walk test, especially around congested 2,4ghz wifi areas, putting as many barriers as I can in the way to . I leave a router on 40MHz just in case it messes with it, why the hell not?! When possible I would take them out and see how they perform in the pocket.

TaoTronics are known for being pretty vague about their products and releasing so many variants it's hard to keep track. In fact, you could say that about the TWS market as a whole. What you cannot say is that Taotronics have gone with the safe option here....with an 'Among Us' inspired 'aesthetic cyan-indigo' colour scheme, a digital assistant, and 'swipe' control which has only just made it into over-ears, how would it fare with Tao's fourth semi-in-ear release, the TT-BH080?

Well, around 15 sets of TaoTronics earbuds and/or headphones have passed through my letterbox over the last few years, and finally they've come of age.

The unboxing is no longer the low-budget affair usually experienced with their offerings - they've given it a more 'premium' feel with hardened cardboard edges and a flip-top. The TT branding is still there, with the bright orange colour scheme and easily-recognizable logo. 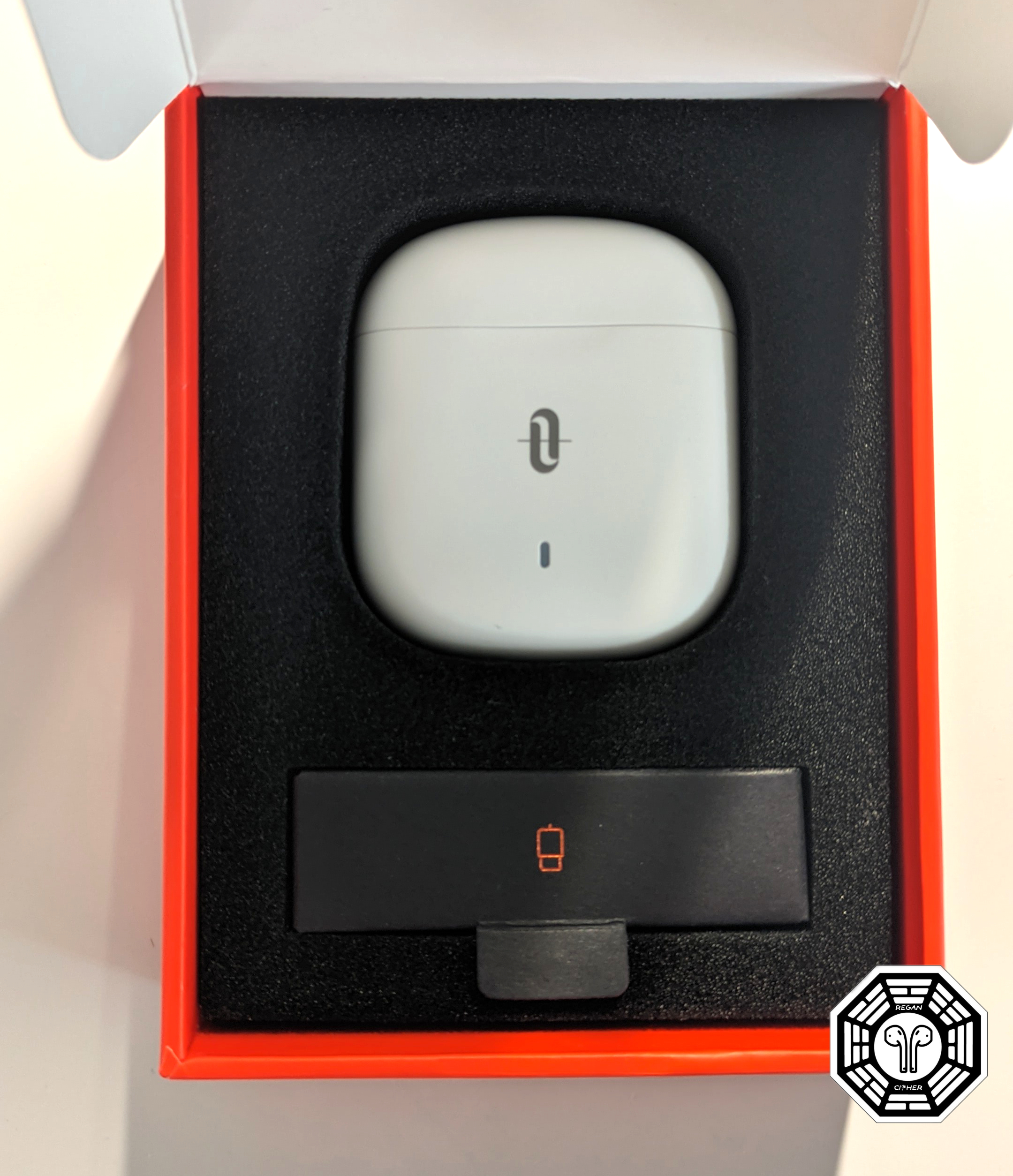 They've also followed the lead of the likes of Whizzer and KZ, adding a more secure foam insert and a small box to hold the USB cable. And good news - no free vouchers!

Now it is rare for me to really love a case, let alone one this big. But for all its flaws, I really do enjoy it. 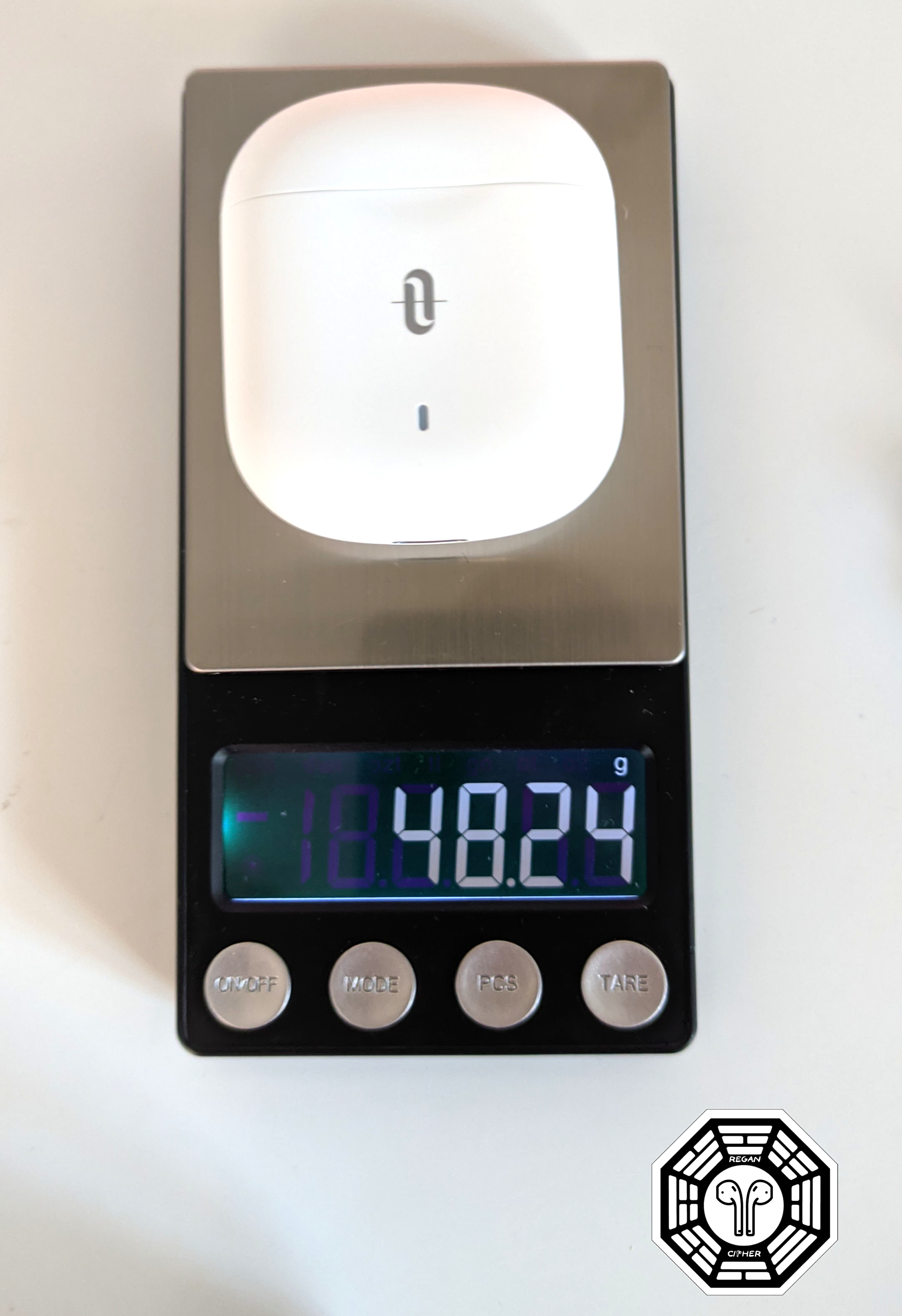 Weighing in at 48g, it is by no means the lightest case around. 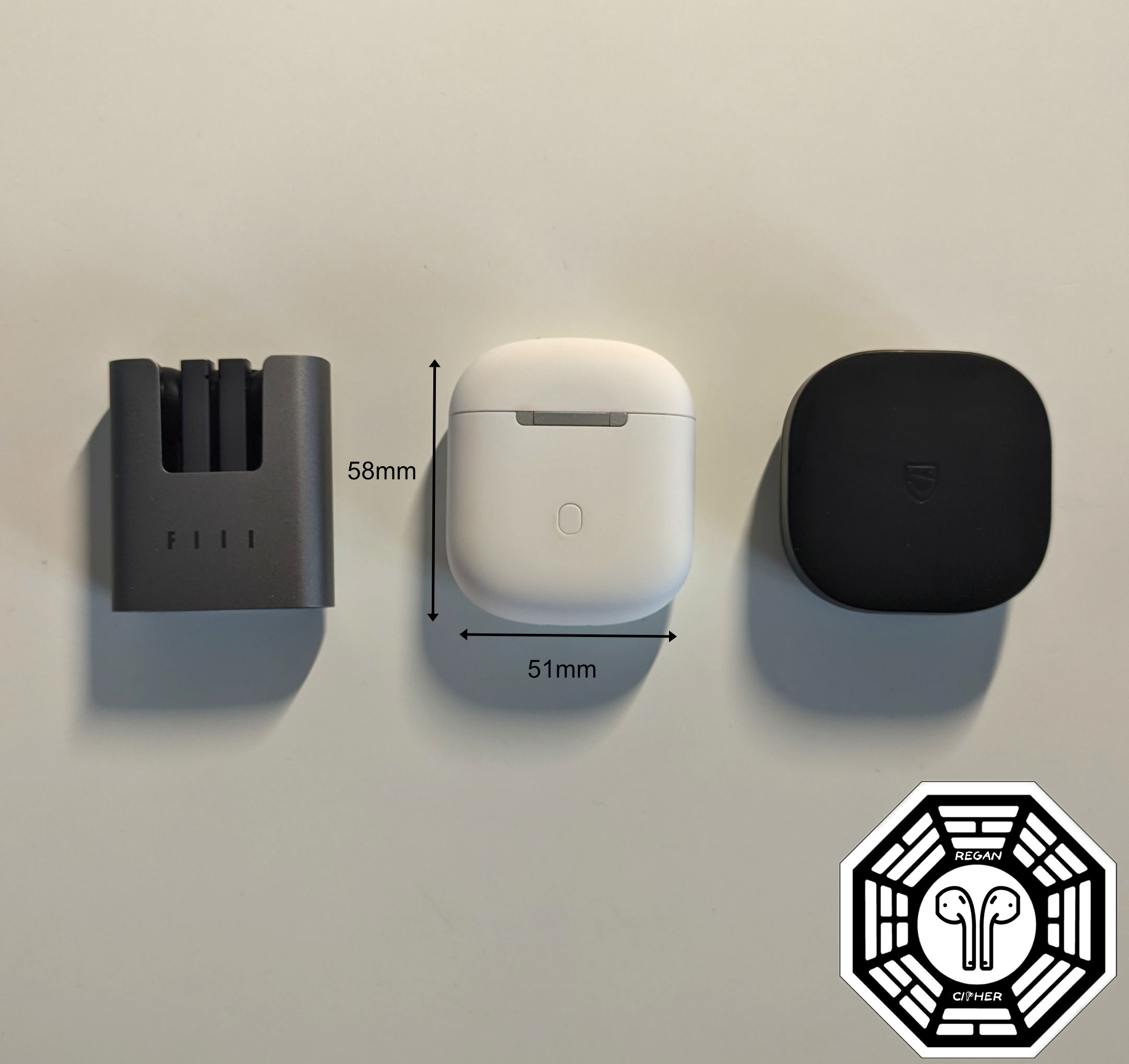 Nor is it the smallest, measuring taller and wider than than the FIIL CC2. 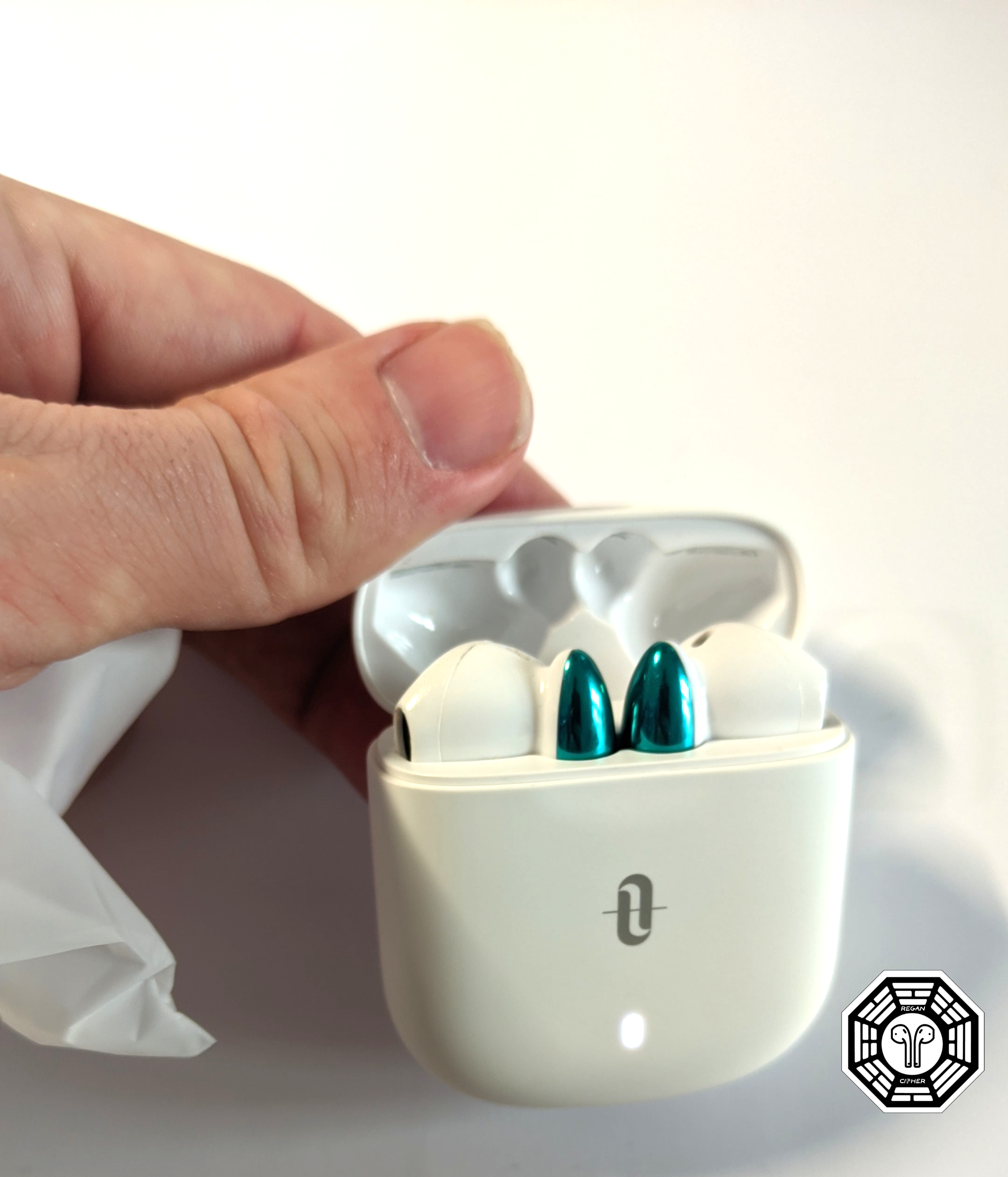 It isn't even especially strong with a rather flimsy, albeit reinforced hinge, and the single white light indicating the battery is either full, or charging, only turning red when low, is neither as helpful nor well-thought-out as it could be. 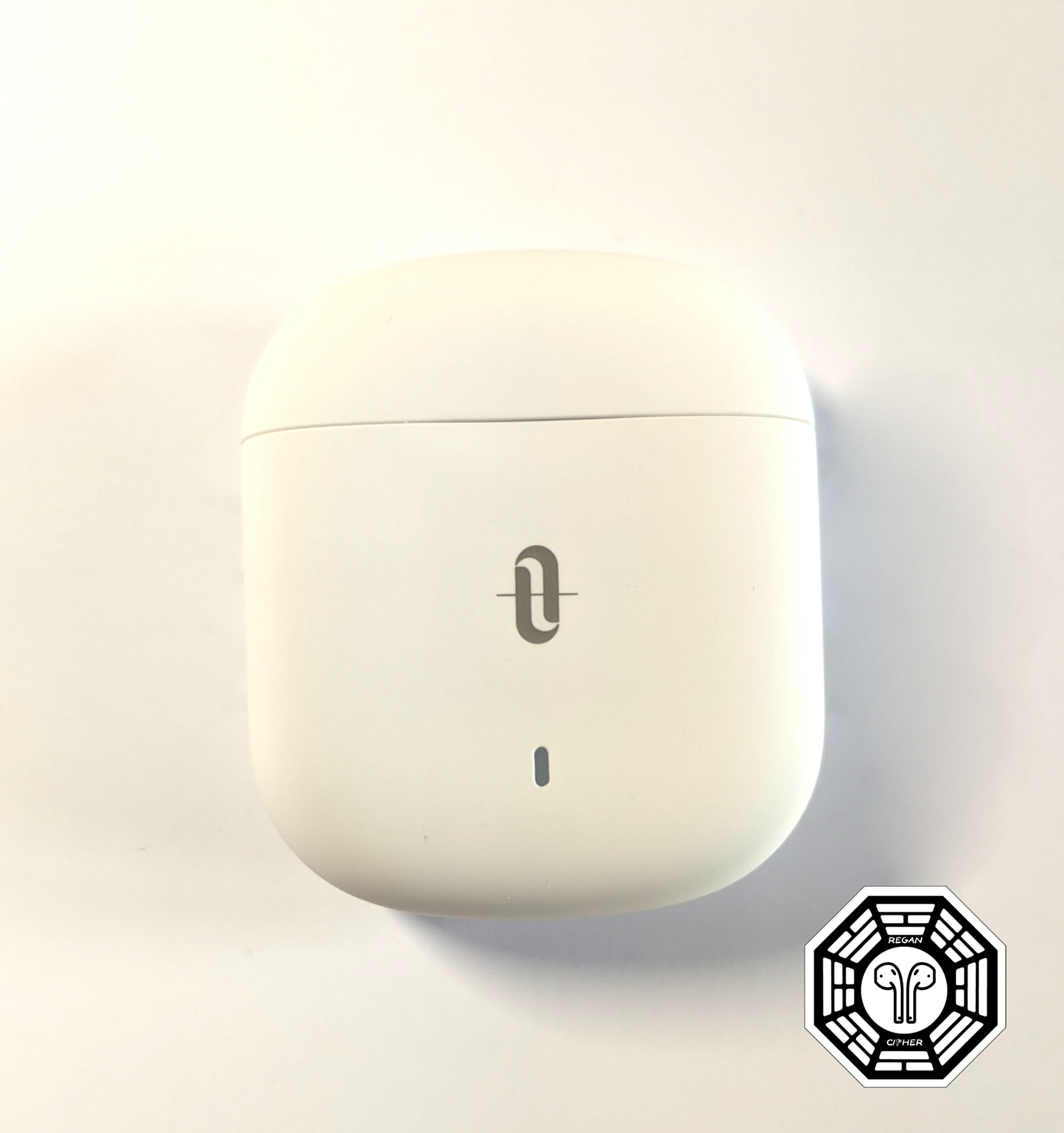 But there's something about the case no amount of pictures can qualify - it just feels nice! Its soft-to-touch, tactile and well proportioned shape is even better than the 92's, and most importantly, it is one of the few cigarette-box-style cases where the buds just fall into the case with no fiddling around and getting stuck (as is often the case with the FIIL CC2 and both the TT-BH92 & 95).

In fact, it wouldn't be an exaggeration to say fiddling with the case is more fun than a fidget toy. It really is quite a work of art - and it has to be, because it has little else going for it, with no wireless charging, the silly bottom-mounted usb-c slot and a paltry 4 additional charges.

It's very portable though and looks and feels the business - a stark contrast to the TT-BH95, and like the 95's, has 'hall-switch' mode, connecting instantly as soon as the case is opened.

Well, there's no cutting and pasting in this review that's for sure! Where do I start... 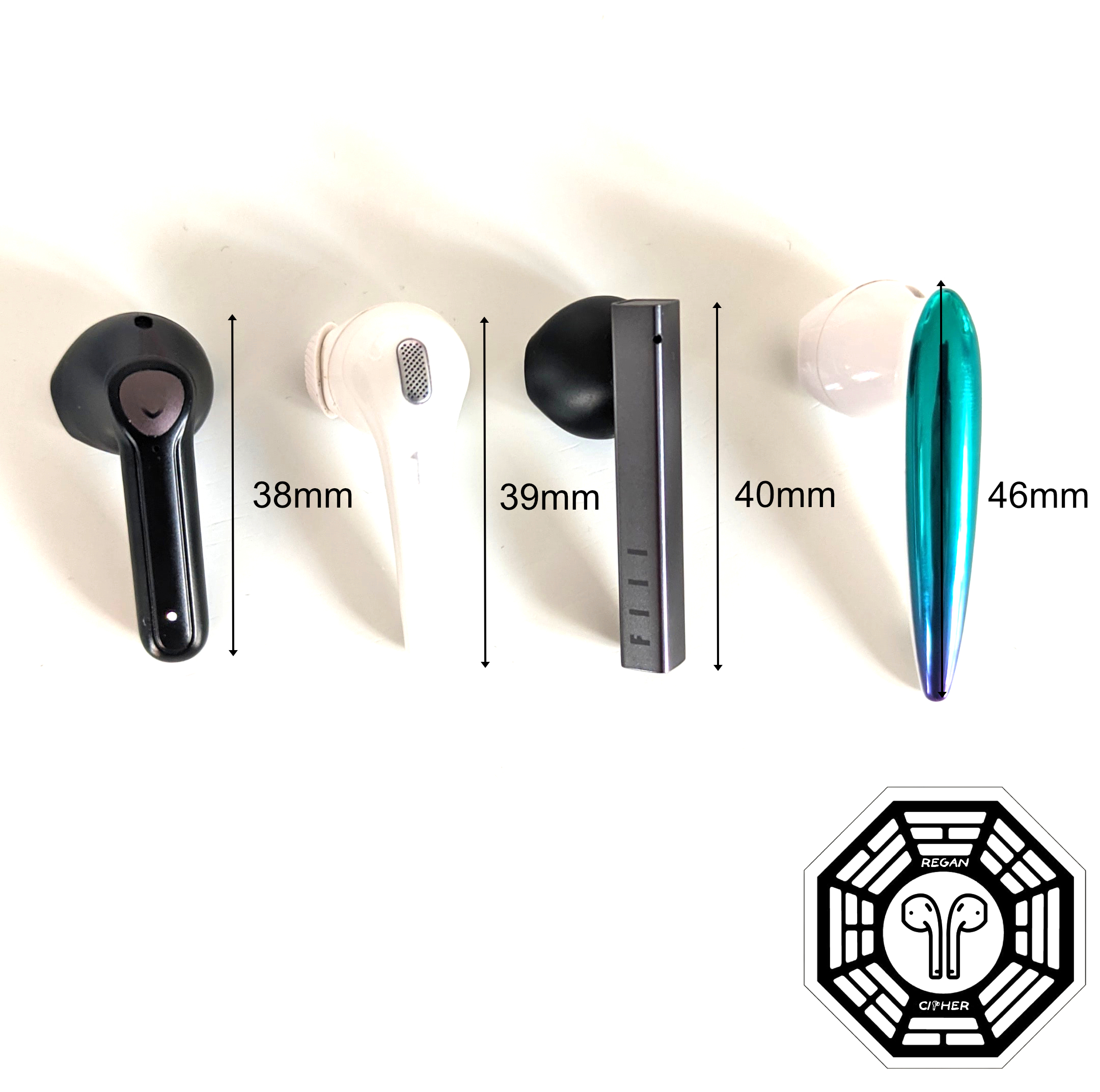 At 46mm long, the 80's are the longest stem-based earbuds I've ever reviewed.
They eclipse the FIIL CC2 and Boltune BT-BH024, which are both 40mm. 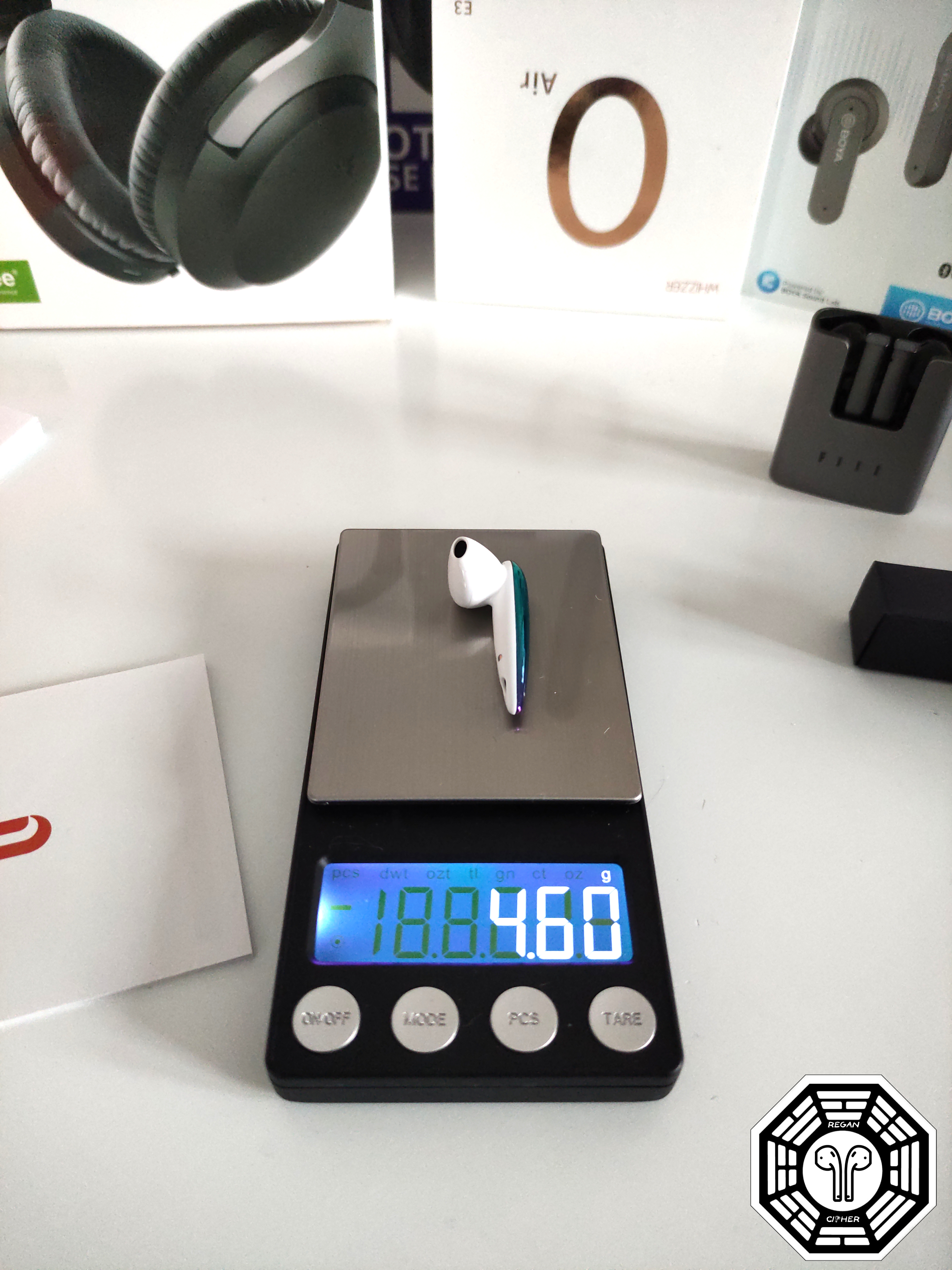 At 4.6g each, they aren't even especially light. And yet despite this, I had them in my ears for a solid 2 hours without even realising they were there. It helps that they've rounded the bevel this time - a bug bear on the sharp to the ear 95's: 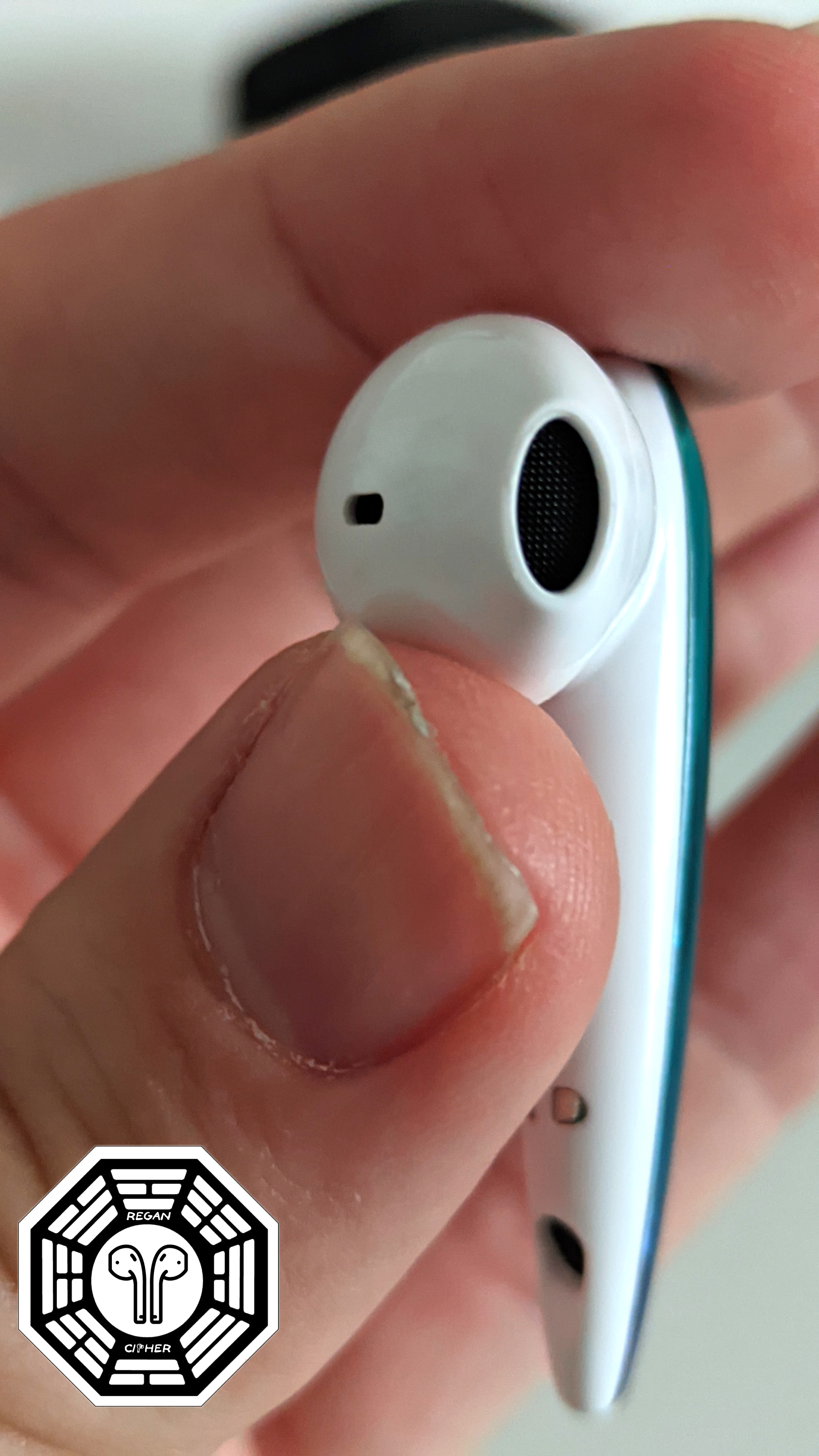 They are a joy to wear, mostly through their well-thought out weight displacement. 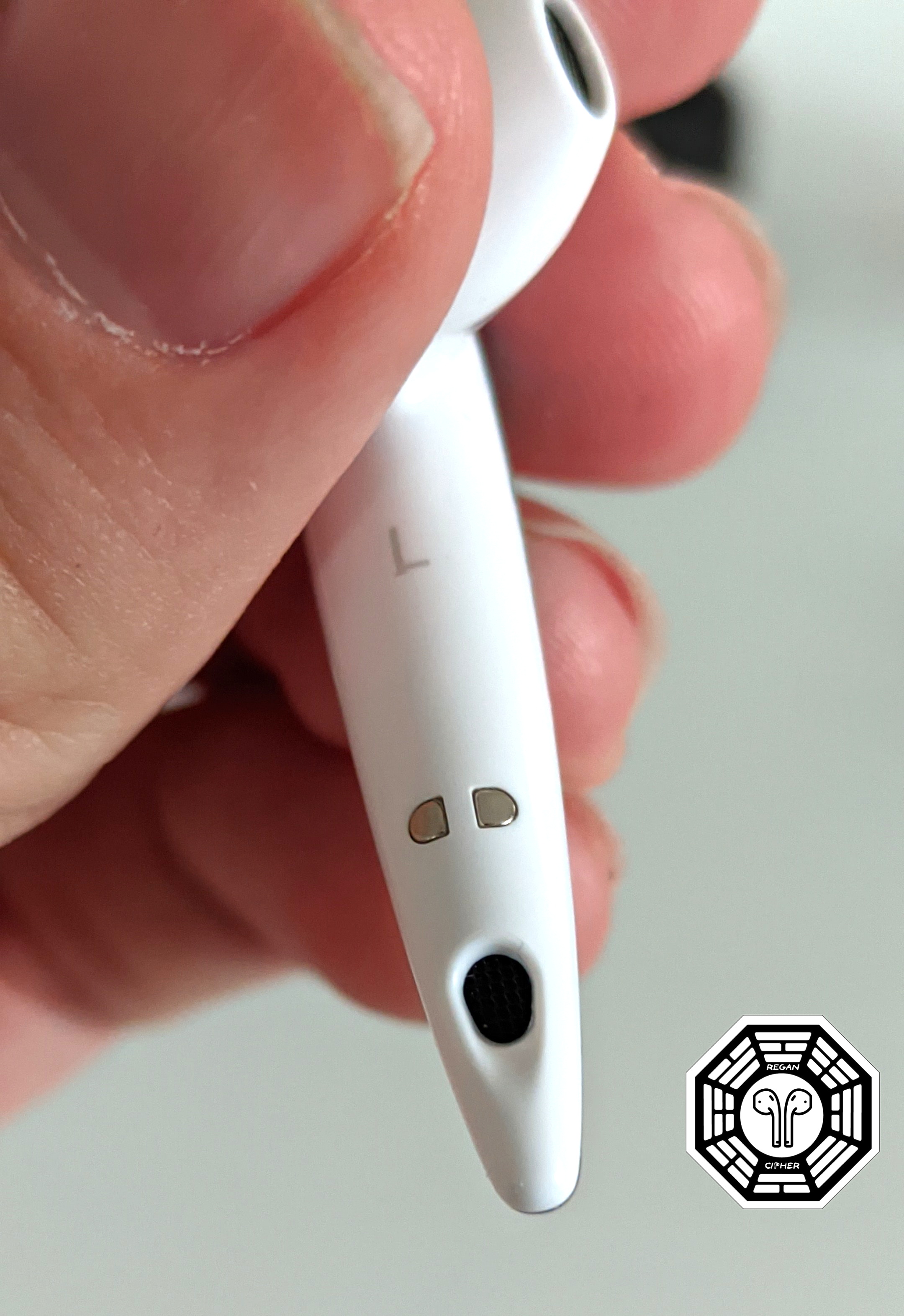 Now here's where it starts to excel. The mic array at the bottom of the earbud is finely bevelled and meshed. This adds to the Elevoc-voc plus accelerometer their patented DNN-based noise reduction technology. More on that later. Not only this, they've used a different material on the battery connectors, designed to reduce the risk of allergic reactions. Smart.

Despite their length the design is well-thought-out. They pass the shake test, and just like with the FIIL CC, by pinching the top and bottom with your index finger and thumb respectively, they can be maneuvered to fit in quite nicely without triggering the touch controls. 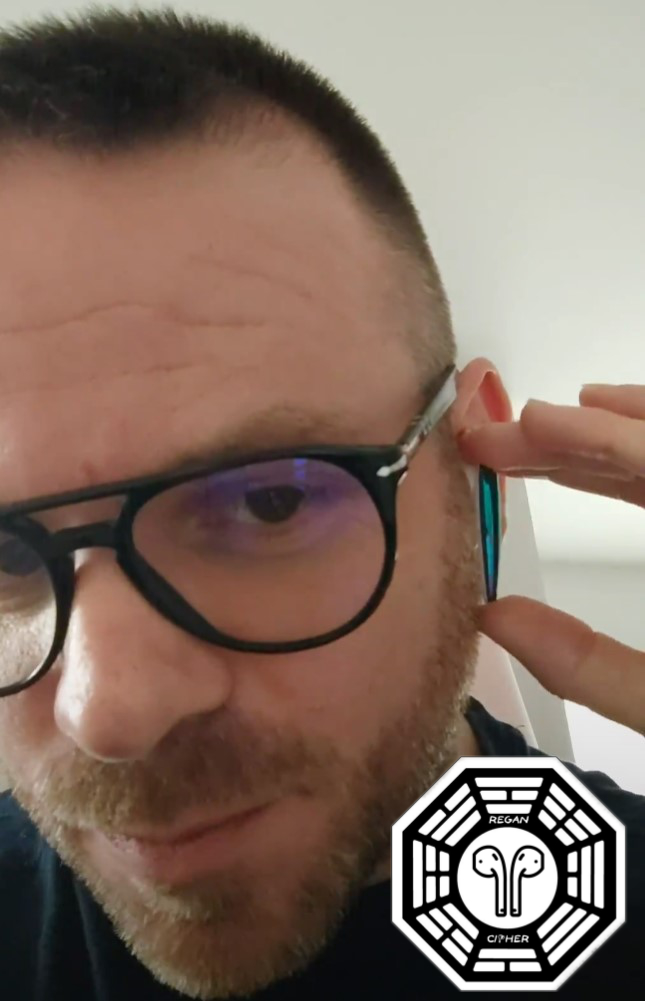 The colour-scheme is more at home on a teenager than a 40-year old bloke, so finding clothes to match them may be a challenge for some of us.

Overall, the colour-scheme aside, they are well-designed, and the build quality is evidently quite good too.

Whilst these are one of the highest-priced TWS from TaoTronics at an MSRP of something like £59.99, they have been frequently on offer - even as low as £29.99 at one point - and at that price they would score far higher.

At £59.99 they are competing with FIIL and almost stretching into Samsung territory, and whilst the sound is nicely balanced and totally inoffensive, the sound stage is a little narrow despite being semi-in-ear, which can sometimes work to an earbuds advantage. The separation is fine and most music styles translate well both on IOS and Android, although the trebles are rolled off and can sound a shade dull. Lower mids can also sound a little muddied on certain tracks, and I would recommend using Wavelet to tune them a little, as they respond rather well to EQ.

The headline feature of the TT-BH080 is the Elevoc-voc Plus. This is essentially a software-based accelerometer - similar to how the Samsung Galaxy Buds Live work, utilising AI-based algorithms to compress out what it thinks should be compressed based on the movement of your jaw. Quite how well it works is open to interpretation, but in combination with the excellent mic design, with a mesh filtering out extreme noises - a simply yet effective method that also worked for the Boltune BT-BH024, whilst they are a little quiet, the noise reduction works far better than the likes of CvC8.0 and MEMS.

Controls are thoroughly enjoyable to use. There's little to no latency attributed to your gestures - sliding your finger up and down on the right bud raises and lowers the volume respectively, and on the left you slide up and down to move through tracks. I found the volume more responsive than changing track, but i put that down to being right handed rather than the controls. They feature auto-pause, and this can't be deactivated.

Holding them down for a few seconds triggers the voice assistant, as does saying 'Hey TT'. Yep - they have their own personal assistant listening to what you're saying, so no slagging off Mr Jinping my friends in the US!

In all honestly, quite whether it actually works or not is difficult to tell, because on IOS it sounds awfully like hey siri, and google seems to be listening the moment you say 'Hey', but it was able to perform all of the controls documented, and for that reason I can't fault it.

Latency on the buds is excellent, and their form factor means ANC is impractical.

Alongside the KZ SA08 and Omthing Air Free, these are amongst the worst performers for battery life. At 2 hours and 20 - 2 hours 45 minutes, not even on high volume, this could be a deal breaker for many.

Kudos to Taotronics for trying something different. The result is a nice set of earbuds that look different, have some cool features and are great for calls. As long as the colour scheme doesn't bother you, and you can live with the awful battery life, then you can do much worse than the TT-BH080 - their best all-round release to date.

The problem, I guess, is that they are competing with the SoundPeats TrueAir2, FIIL CC2 and 1More Comfobuds - all of which are cheaper - so you really need to think about whether the features warrant the extra cost.