There's very little information online available for this one-of-a-kind and rare collaboration between Sym-Proceed, which is a brand owned by a large production agency in Japan (Media Integration) and FitEar.

I was recently in Tokyo, where I had the chance to stop by audiophile heaven, E-Earphone in Akihabara. As I was perusing the aisles, I came across a brand I had never heard of. The shells looked vaguely familiar, with high quality construction, and a sleek looking design and finish.

After I picked these earphones off the demo rack and tried them on, I turned them around and discovered that these IEMs were made by FitEar. Curious to learn more about them, I found only one article that really went into depth on the design behind these IEMs. Here's the URL: https://www.dtmstation.com/archives/24396.html 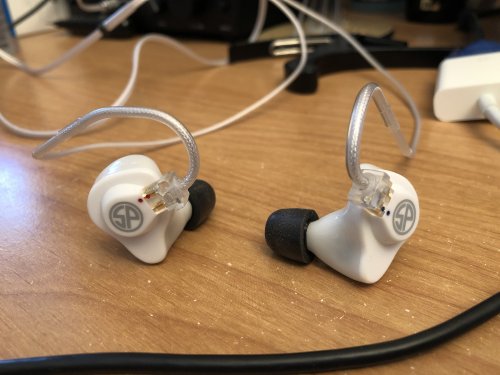 One brief sentence to describe these IEMs: instrument separation. I feel like I can hear everything.

Sound:
These IEMs were designed to be used as studio monitors for professional recording engineers, and they are FLAT. The timbre is very natural, almost on par with my UE 18+ Pro 2nd Gen (which has some of the best timbre of any IEM). You won't get thumping bass if the track doesn't call for it. You hear the music as it was intended by the artist and the engineer they worked with to produce the album. According to the article I mentioned above, this was the first time that Suyama-san of FitEar worked with a professional recording engineer to design a reference monitor. The design and build are by Suyama-san, but the tuning is entirely by the recording engineer Maeda-san.

I wouldn't say that these are the most detailed IEMs, but they are engaging simply because of how revealing they are. [Edit: after having listened to these for close to two weeks straight, I realize that I had listened to these on 0.33x gain on my THX AAA 789 amp. The correct setting should be 1.0x, for optimal listening pleasure. On this setting, there is MUCH more detail, and an incredible amount of space and headroom on tracks that call for them).

On some poorly mastered tracks, the mastering becomes very readily evident. I don't normally listen to much pop, but when I do with these earphones (particularly stuff by Ed Sheehan or Justin Timberlake), it's like listening with surround sound.

In addition, as these IEMs were designed for studio engineers, the sound is very non-fatiguing. Listening to pieces like Ageispolis by Aphex Twin and Beata Viscera by Tony’s Peregrinus, the treble is clear and as I mentioned before, there is considerable headroom. The aforementioned Beata Viscera was recorded in Notre Dame Cathedral in Paris, and you really get a sense of the immensity of the space on this pair of IEMs.

Comfort:
It's FitEar. I forget that these are in my ears, although the shell is significantly larger than the FitEar ToGo334 (almost twice the size).

Build Quality:
It's FitEar. I personally love the all white colorway. It's sleek, lightweight, and looks like the same filled in acrylic design that FitEar uses for their other IEMs. 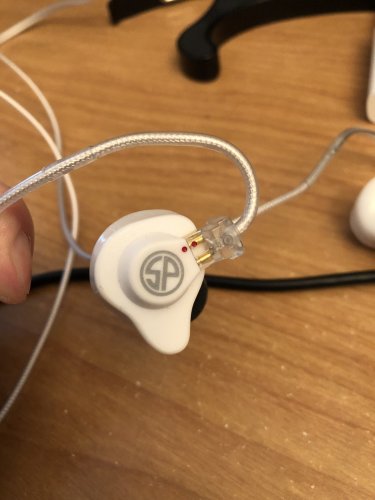 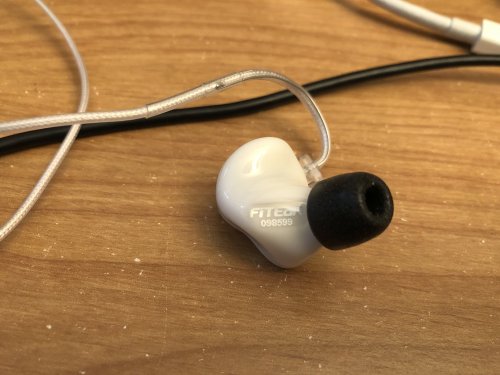 Cable: I like the look, but not how stiff the cable is. This is probably the only true negative to this IEM. 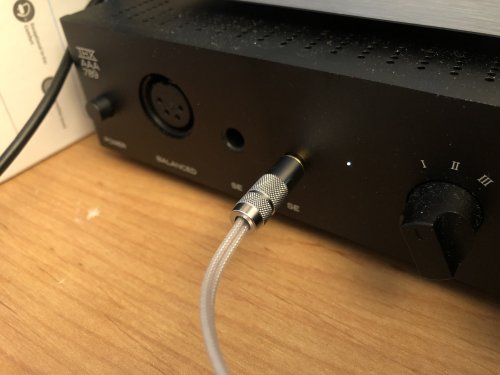 Case: Comes with a nice all white Pelican case. 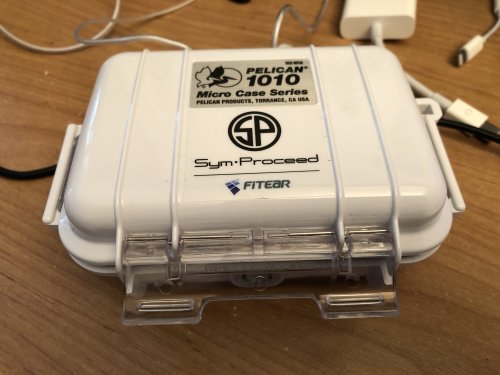 As I mentioned before, these are pretty rare even in Japan. E-Earphone only had 1 in stock (across their 5 stores) when I went to buy it. I don't believe they even sell this outside Japan. If you have a chance, definitely check them out!

[Edit: this is a MUST-try with a good amplifier like the Drop THX AAA 789. I would go so far as to say these are the best IEMs I have ever tried, a true combination of daily driver and audiophile perfection]. On the go, I use these with my MacBook Pro, hooked up to a Dragonfly Red and Headamp Pico Power amp (middle gain setting). Similar effect as the THX.
Reactions: the_thatguy and yorosello
Share:
Facebook Twitter Reddit Pinterest Tumblr WhatsApp Email Link

As an update to this review: these MUST be used with foam tips. I tried using these recently with the provided silicone tips and the difference is pretty crazy. With silicone tips, there is virtually no bass, and the treble is sibilant. The foam tips with wax guard really help balance out the sound, and add warmth and punch to the bass.
You must log in or register to reply here.