Loading…
Pros: Well-done and versatile V-shaped tonality
Fatigue-free listen
Well-extended and well-textured bass
Good note weight in the mildly warm lower mids
Energetic upper mids that avoid shout and sibilance
Decently well-extended and well-detailed treble
Fairly good timbre
Above average imaging
Very good soundstage width and height
Excellent layering and separation
Good build quality and comfort
Excellent isolation
Cons: Lacking in stage depth
Peaky treble might be offensive to sensitive ears
Ergonomics of the stock cable are terrible
Lacking in accessories for the price
Not the most resolving, especially in the midrange
Some metallic sheen to the timbre due to clarity boost
Blingy presentation not for everyone 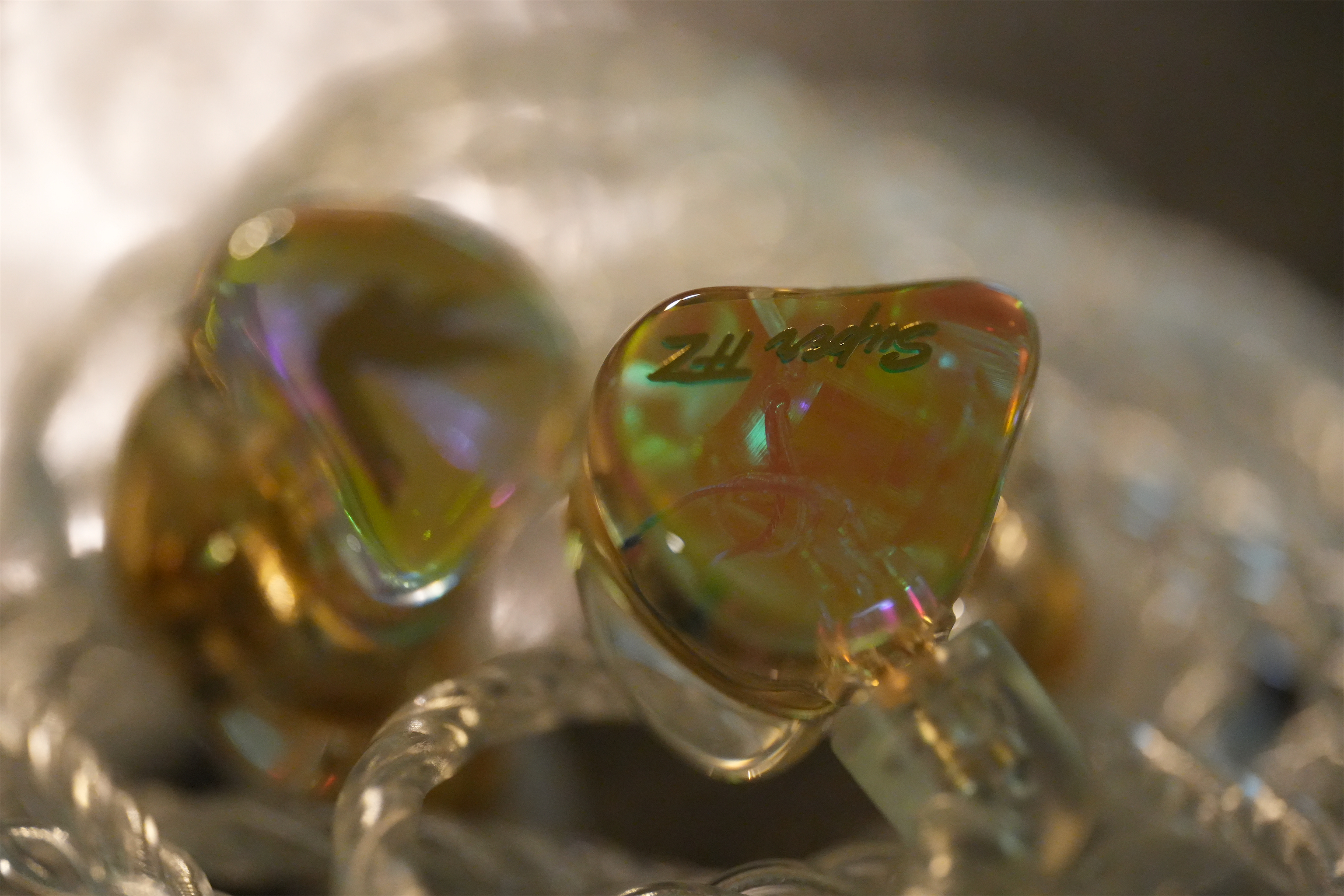 Introduction: TFZ, obscurely and inexplicably known as The Fragrant Zither, is a fairly well-established ChiFi company. Despite their prolific nature I actually have never heard any of their IEMs, and don’t know much about their back story. What I do know is that they have recently launched a sub-brand (or perhaps more accurately a super-brand) called SuperTFZ, as well as their first model under this branding, the FORCE1. It’s a single dynamic driver that asserts itself as being “positioned between ‘high-definition stage level’ and ‘metaverse fashion.’” While I am neither a stage musician nor a metaverse fashion model, I still agreed to review the FORCE1 when Penon Audio offered to send me a sample unit. You can purchase a copy for yourself here at an MSRP of $79.

The specifications are as follows: 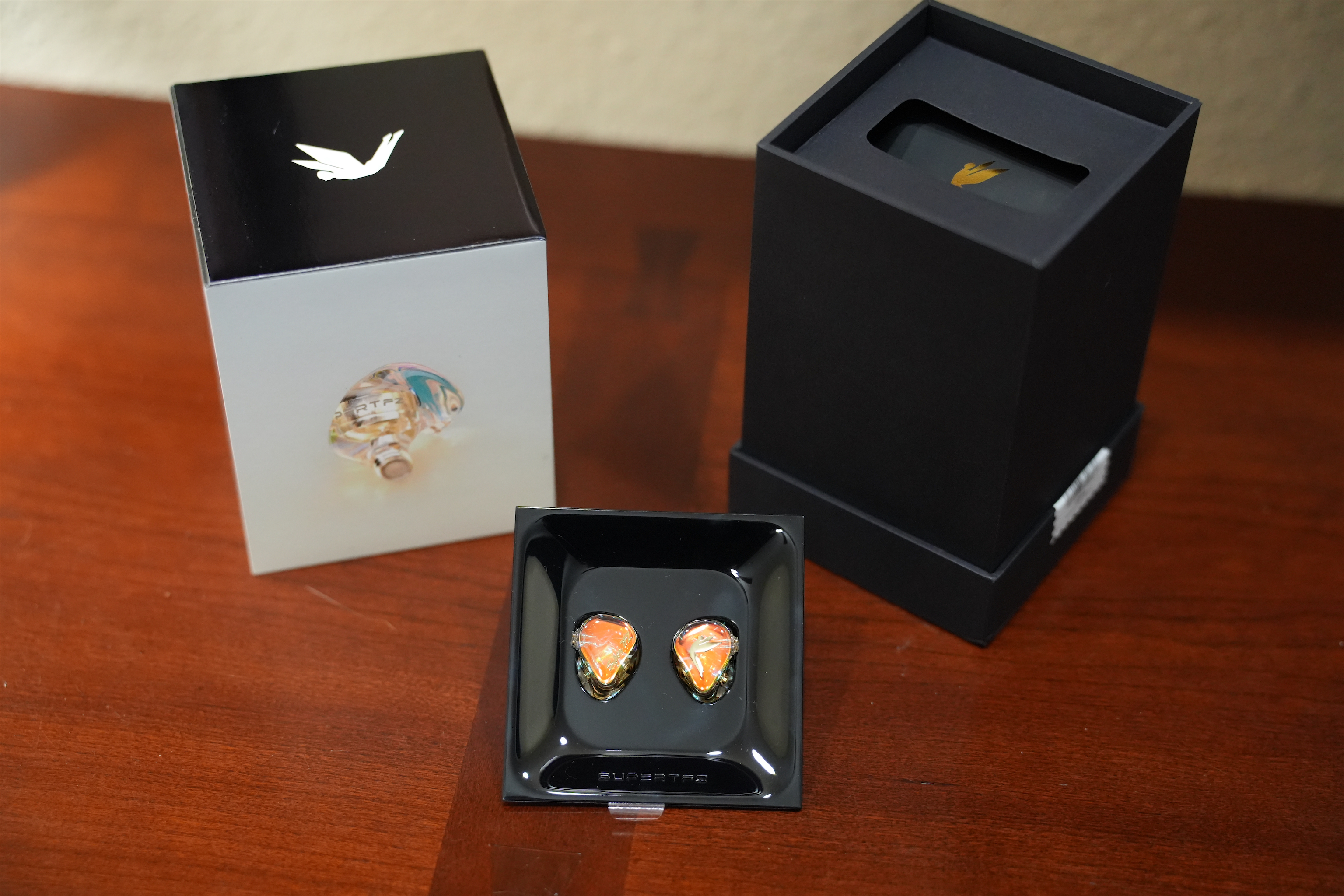 Packaging & Accessories: I’ll certainly say that SuperTFZ has employed a very unique style of packaging for the FORCE1: it comes in a tall cardboard cube, the top of which slides up to reveal the IEMs in a black plastic tray. Underneath the tray reside the remainder of the accessories, to wit: a 4-core SPC cable with 2-pin connectors and a 3.5mm termination, two sets of S/M/L white silicon tips (one set in wide bore, one in narrow bore), a carry bag, and some documentation. 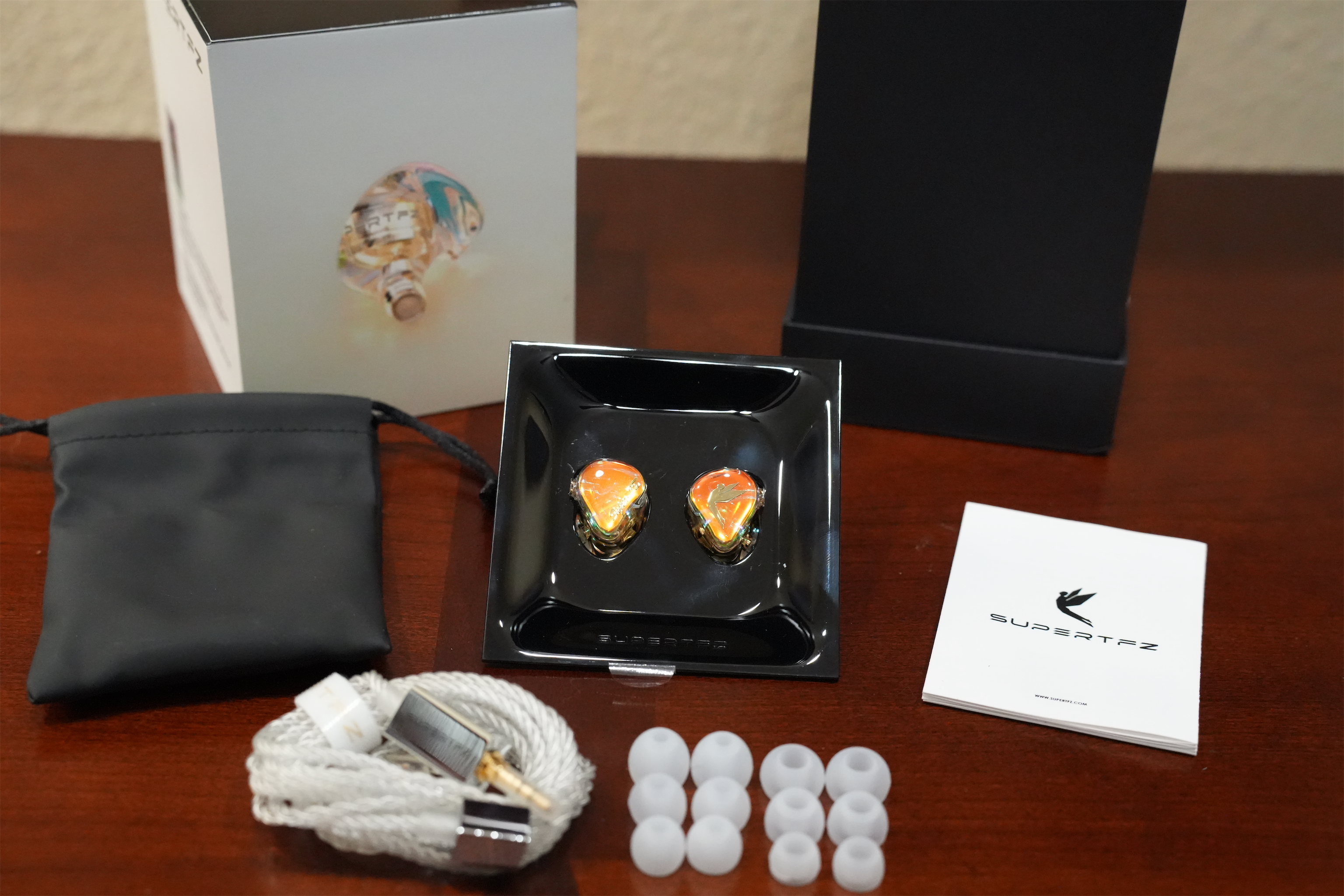 The included tips seem like they would be fine for most people, but the FORCE1 has a long nozzle leading to a deep enough insertion for my ear anatomy that none of them would fit (I have small canals), and so I resorted to SS-sized SpinFit CP145s for my listening. As for the cable, it’s well-constructed with a nice tight weave, but ergonomically it is pretty terrible for me. The ear hooks have an extremely aggressive curvature that yanks the IEMs out of my ears, and both the splitter and the termination are heavy metal blocks for some reason. I guess maybe some people may find it cool-looking; I simply find it impractical. 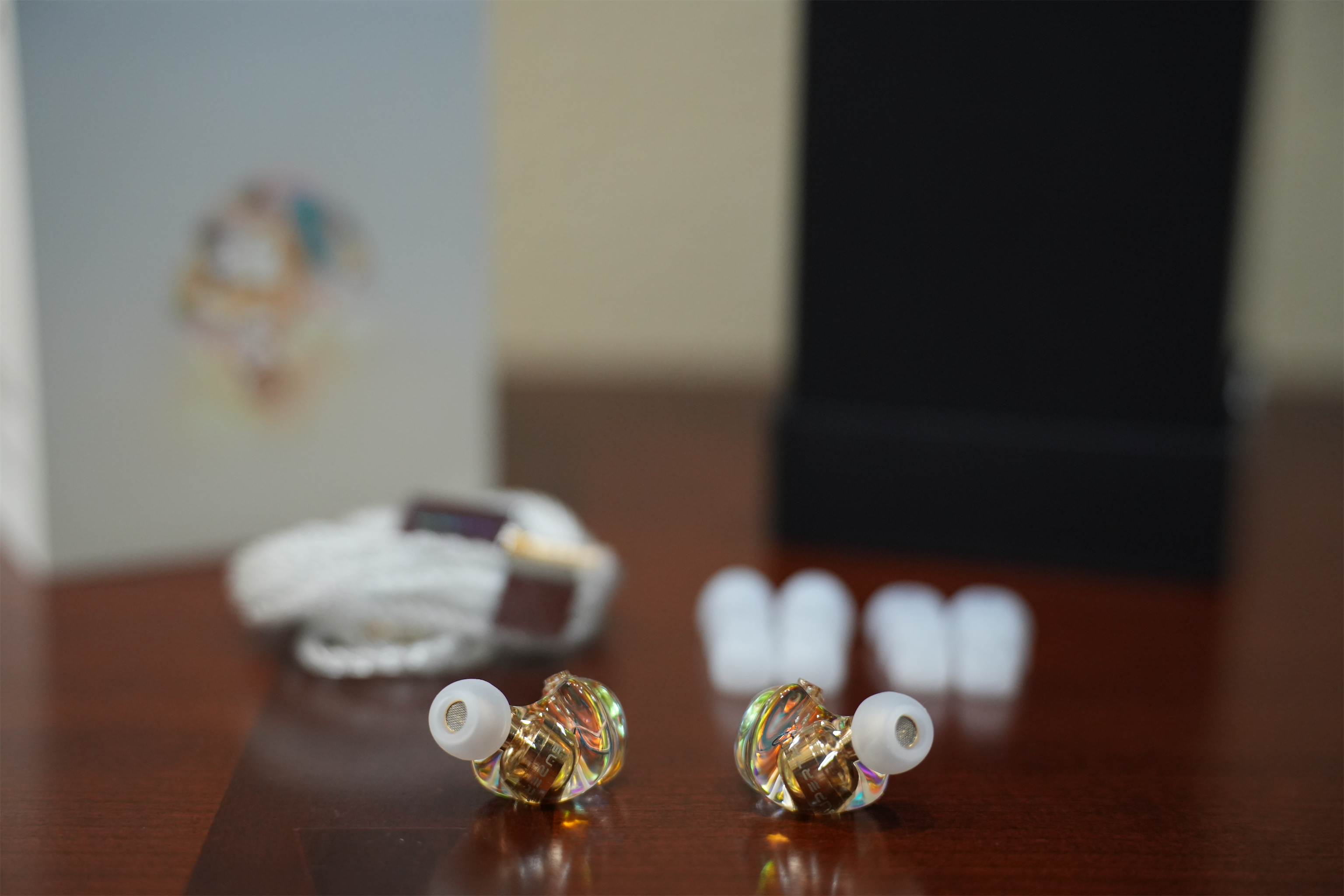 Build & Comfort: The FORCE1 is the only single-DD I can recall off the top of my head that goes full-on semi-custom resin for its shell design. This makes sense given its designated purpose as a stage monitor, however, and I found the fit very comfortable and giving very good isolation (especially since, again unlike most single-DDs, it has only one vent and an extremely small one at that). The shells do protrude quite a bit from my ears, rendering slide-sleeping out of the question.

Aesthetically, these things are crazy. The resin body is completely clear (you can easily see through it to read the SuperTFZ branding on the driver itself), but the faceplate is some kind of crystalline surface that is translucent yet refracts the light to create any color of the rainbow depending on your viewing angle. Especially combined with the cable, it’s a very blingy presentation that honestly isn’t my cup of tea, but others may well like quite a bit. 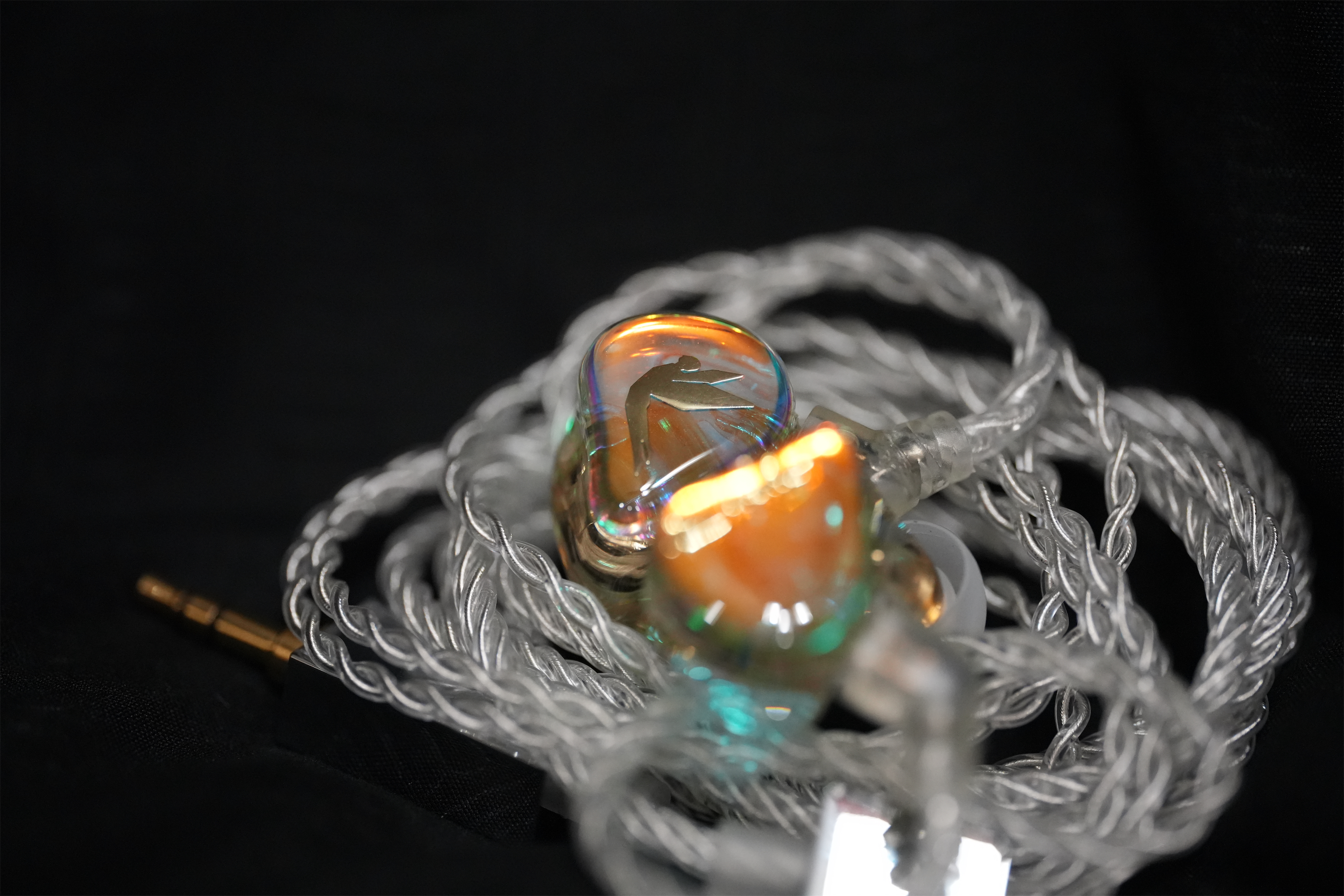 The FORCE1 has a normal impedance and sensitivity and has no trouble being driven off just about any source.

Signature: Despite the abundant mentions to “reference sound” in the product description, I can’t say that I find the signature to be that “reference,” at least in my understanding of the term. While the FORCE1 does manage to avoid coloring the sound much, it nevertheless remains a slightly warm, mild-to-moderate V-shape to my ears with emphasis on the sub-bass and upper mids/lower treble. With that said, it’s a mature and versatile take on a V tuning, and I find it to be pretty versatile for most of my library given its sub-bass bias and very mild bleed into the lower mids; treble is somewhat peaky but well-tuned (at least for my sensitivities) and decently well-extended for a budget single-DD. I don’t normally gravitate towards V-shaped signatures but I really do enjoy listening to the FORCE1. 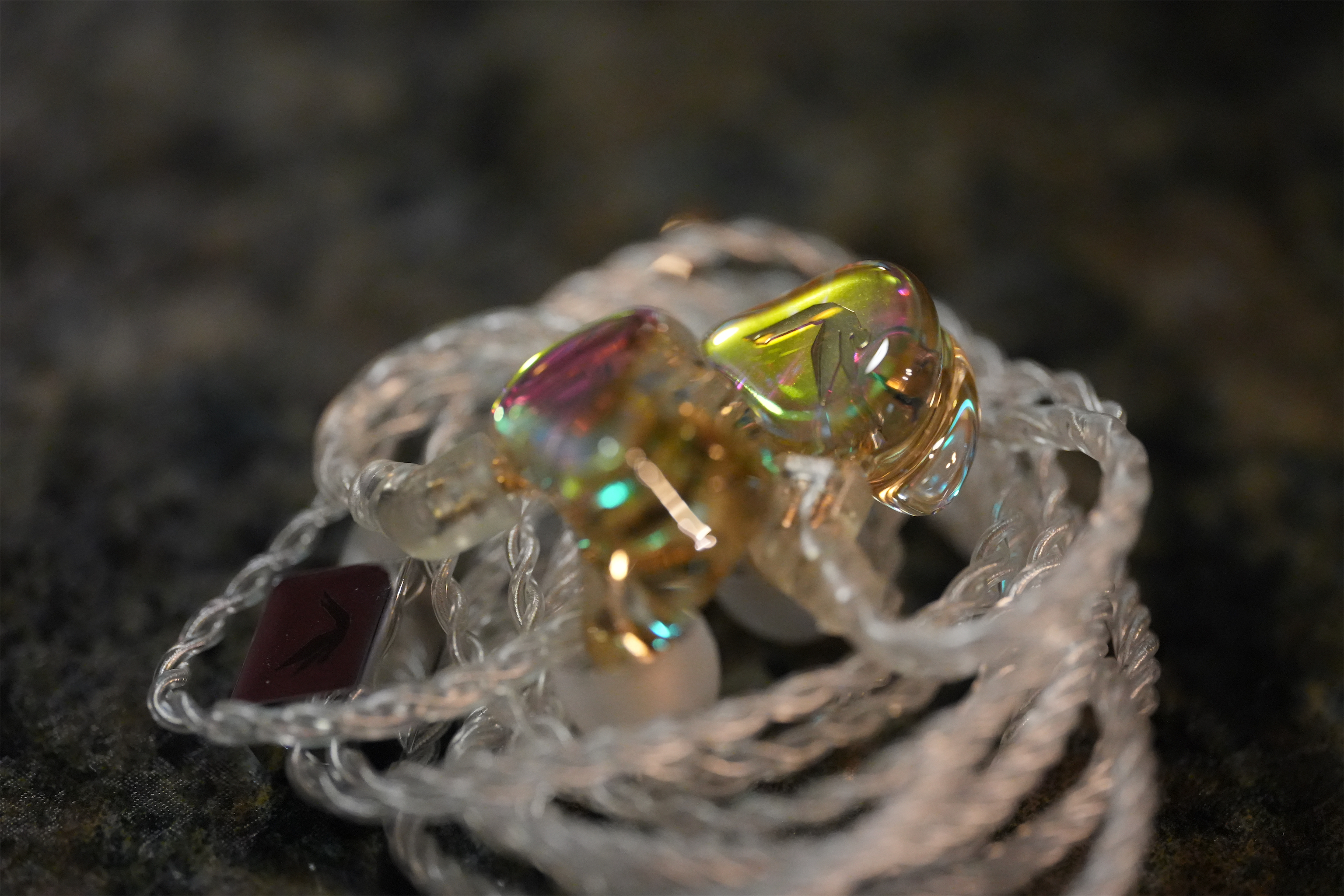 Bass: The bass on offer here has very good extension, with a nice physicality that manages to convince even though it stops short of rattling any heads. Even better, the texturing is extremely nice throughout the entire low end. The mid-bass takes on a lesser role compared to the sub-bass (which is according to my personal preferences), but still has a bit of punch to it and avoids the overly dry presentation to which some sub-bass heavy implementations can fall prey. Overall there is very good tightness, speed, and control, with a just slightly slower decay which serves to add a bit of atmosphere.

Mids: There is as I mentioned a slight bit of warmth that bleeds into the lower mids from the bass, which I prefer since it helps give proper body and note weight to male vocals. The true mids are of course somewhat recessed given the V signature, but they’re definitely not buried and I was able to enjoy them for their pleasant and natural tonality despite the fact that there is not an abundance resolution or micro-details in this region. The upper mids receive a healthy push, hence female vocals are relatively forward in the mix and violins have a good amount of energy; however they stop short of shoutiness, and sibilance was a non-issue for me.

Treble: The treble region of the FORCE1 is in some ways typical ChiFi, with a response characterized by notable peaks and valleys (especially a substantial clarity boost around 4-5K). However in my opinion it is judiciously done, and at no time did I find it offensive or fatiguing. There is above average resolution for a budget single-DD (helped of course by the perceived detail from the clarity boost), and there are some microdetails present. Extension is also somewhat above average with an adequate amount of air.

Soundstage & Technicalities: The technicalities of the FORCE1 are just as well-executed as the tonality. The soundstage possesses very good width and height, although unsurprisingly the sense of depth is minimal as is usually the case in this class of IEMs. Imaging is above average for the class, with fairly good localization although it does not reach the levels of accuracy that BAs or even the best single-DDs can provide. However layering and instrument separation are excellent, even despite the mild warmth to the presentation. Resolution is a mixed bag, being above average in the bass and treble regions but only average in the midrange. Timbre is generally quite good, although the clarity boost does cause a bit of a metallic sheen on some tracks that keeps it from being superlative. 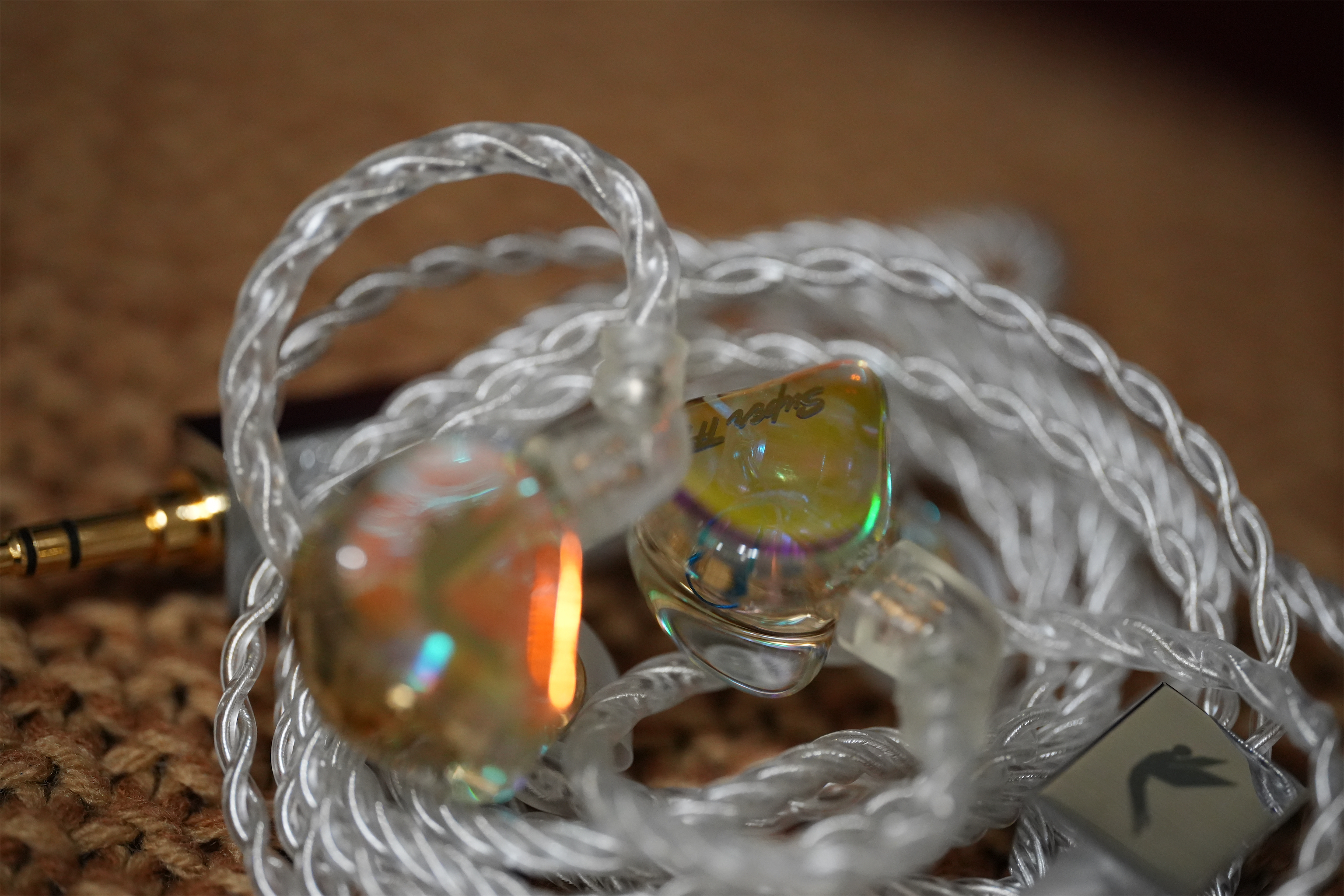 Select Comparisons:
vs. Moondrop Aria: The Aria remains one of the heavy hitters at this price point. Its tonality is closer to the Harman target than the V-shaped FORCE1, and in general I think tonal considerations will be the main differentiator between them. I do think that the FORCE1 pulls ahead slightly on the technical front, especially regarding imaging which I found to be unimpressive on the Aria. It is of course a more engaging and energetic listen, avoiding the rather anodyne treble response of the Aria but on the other hand losing out on the fuller midrange of Moondrop’s offering. Fit, comfort, build, and isolation go firmly to the FORCE1 for me, but in these matters especially YMMV.

vs. Dunu Titan S: The Titan S is one of my personal favorites in this bracket, and in this case the tonality is even further from the FORCE1 than the Aria’s. The bright-neutral Titan S wins out on resolution and detail and has a more balanced tonality with better timbre, but the FORCE1 beats it solidly on imaging, layering, and instrument separation (especially on busier tracks). I found the Titan S more comfortable but it has poorer isolation. Accessories are much better on the Dunu.

Conclusion: The FORCE1 completes its assigned mission: to take the V-shaped ChiFi character of TFZ’s prior offerings and elevate it with superior execution and driver performance. It is a measure of its success that I found my time with it extremely satisfying despite the fact that it is far from my target frequency response, and given its tonal choices it really doesn’t do anything wrong. For those in the market for a sub-$100 V-shaped single dynamic, the FORCE1 surely must be high on the list of candidates. 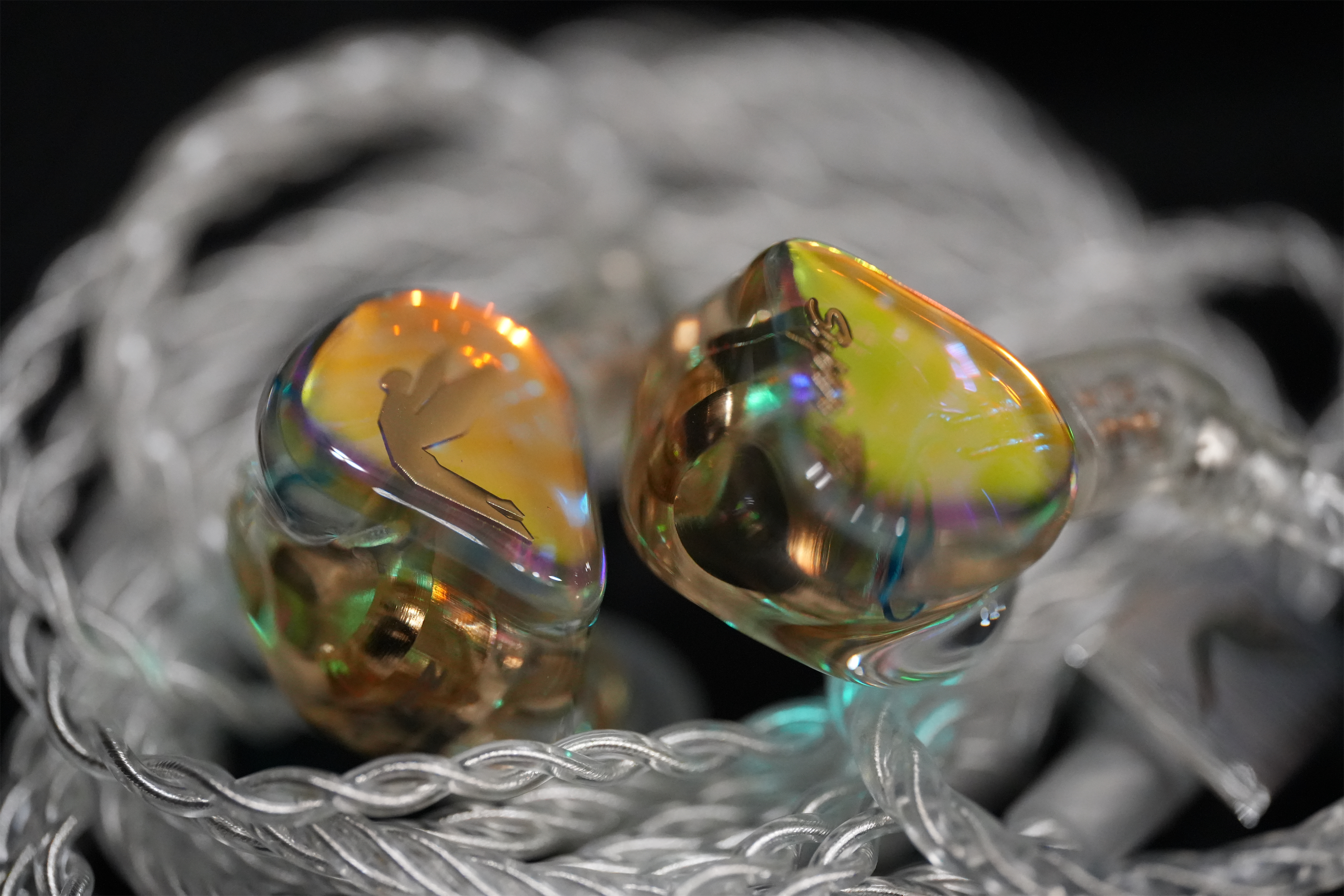 Reactions: Toastybob, cqtek and ruffandruff
R
r31ya
It seems it improve where TFZ reigns in. great bass and soundstage
but it also still lags where TFZ used to lags in, mid range, possibly the vocals? Well, against the vocal king moondrop at least.
Too bad TFZ discontinue their mid centric/forward TFZ Queen

cqtek
@r31ya. For your information, TFZ has more midcentric models for sale. This is a sample:

deltecdpa
To me it looks like a TFZ Essence Mk2 with just a bit smaller beryllium DD. TFZ Essence are great.