HD669
Professional Studio Standard Monitoring Headphones
The HD669 are closed-back, circumaural headphones designed for professional monitoring applications. Although suitable for a very wide range of applications, the exceptional attenuation of external noise makes the HD 669 particularly useful for use in a high-noise environment. The balanced, high definition and clarity sound of the HD-669 assures that a professional sound engineer can have full confidence when recording or monitoring.

Pros: More than enough sub-bass
Great dynamics/resolution for the price
Cons: Bright
Lacks mids and upper bass
Thin and stiff pads
What stands out about these is the sub-bass performance: there's more sub-bass than I know what to do with, I actually have to tone it down a good 4-6 dB and I still get plenty of satisfaction out of what's left.

By contrast with this and with the overly pronounced treble, the upper bass and all of the mids sound lost, pushed into the background somewhere. So overall if you care about fidelity there is no way to use these without EQ. (You will have better chances with the 662 or 662-Evo if you're still after a closed set.)

Dynamics/resolution seems on par with what I've heard from Superlux in the 668B and the 662-Evo, meaning excellent for the price.

Comfort is typical for Superlux - a disaster out of the box - with the clamping force too high (but you can adjust it by stretching them out) and the pads both too thin and too stiff. I have no idea what the other reviewers were talking about calling these good isolators but I found them to be anything but. The pads need to be far softer / more spongy to make good contact all around the ear and isolate well. The way I solved it was to get AKG K240 pleather pads and glue them on top of the stock pads, to achieve at the same time better depth and comfort and isolation (the AKG pads are also too thin to work well on their own). 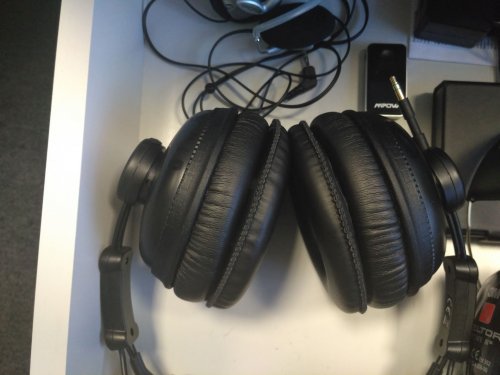 BASS：
Clean and good bass extension, but not thick, you can easily hear low-frequency detail, will not have a roaring sound.

MIDRANGE：
A lot of details, though a bit tone dyeing, quite suitable for symphony orchestra instrumentalists, if not very concerned about the tone.

TREBLE：
The bright tone sounds crisp but not to sharp, overtone extends quite good, not prolonged listening fatigue.

CONCLUSION：
Clamping force is a very big problem, just started to wear uncomfortable, take a long time to improve, earpads wearing a long will be hot, sweat easily,  I can not stand about 30 minutes, the heaphone design problem is greater than the sound quality .

Thank you for reading

Take what I say with a grain of salt, I have not experienced many headphones and I've only had the 669 for a fairly brief amount of time. I'll keep the review sections nice and short, so you don't have to sift through waffle.

Build quality
Good. Better than the 681-EVO. whereas the EVO has plenty of glossy, pretty light & hollow feeling plastic, the 669 is all matte and feels more solid. It is a more solid feeling headphone overall, I feel like this is helped by its increased clamp and weight compared to the EVO (not a huge amount heavier, but noticable). The build is all very simple, I really don't see how you could break this unless you purposefully rip it apart (which would be very difficult). Exact same detachable cable system as the EVO, which is good, as it is a good system.

Comfort
I was expecting it to be worst honestly, due to those head wings and the lack of velour pads. Obviously my 681 EVO, with its velour pads and full suspension headband, is more comfortable, but the 669 is not too bad at all. The wings are fine once you adjust them to the right length, and the high clamp is what keeps them on your head, so there is little pressure on the wings. The high clamp is both good and bad - if you are using these for professional purposes, the high clamp coupled with closed design and pleather pads will be great, since the isolation is fantastic and they do not budge from your head! For relaxing with music though, the clamp does get a bit annoying. Especially with glasses, it really pushes them into your skull after time. However, I feel like the clamp is something which can be improved by stretching the headphones out over a few days. The pads are pretty decent, I'm pretty certain they're the same as the pleather pads which came on my EVO. While they're nice and soft now, they will get harder and less comfortable after a couple months (which is when i put the supplied velour pads on the EVO).
In short, the comfort on these headphones is perfectly acceptable. Not so great if you wear glasses.

Sound
This part is the most subjective and I have not a huge amount of experience, so I will just be comparing to my 681-EVO. important words in bold, so that you can skim through quickly. Straight away, they are brighter than the EVO. I was concerned it might be kind of tinny at first, but listening to some more songs it actually grew on me. These definitely fit some genres more than others - for example, the EVO has a bassier and more full sound, and stuff like hans zimmer's inception and interstellar soundtracks sound much nicer on it, compared to the 669 which is left sounding a bit more lacking in bass. It doens't really "lack" the bass though, it just isn't as warm sounding in the low frequencies. Just as, if not more, punchy as the EVO, but still very noticably quieter than the high frequencies. I feel like the mids are also brought ahead of the bass, and to me this makes some male vocals sound a bit nasal, but maybe I'm just not used to this sound.

Acoustic, folsky stuff like Andrew Bird and Kish Bashi sound great with the 669, but like I mentioned before, music like Zimmer's soundtracks is left a bit empty sounding, and just sort of wrong... (Hans Zimmer wants his bass back). Electronic music works fine, some rock/psychedelic rock (Pond, Tame Impala) sounds a bit too bright, lacking in the warmth that they do need.

Another reviewer talked about using an EQ to improve the bass, so I tried this and it definitely improves the sound! Well, at least changes it in a manner that I liked the sound of. EQing the bass up, and the mids down a tiny bit makes it sound much less bright and nasal, and suddenly music is a bit more full enjoyable for me. Perhaps some perceived detail from the upper-mids is lost though.

Soundstage compared to the EVO is more intimate, but honestly it isn't hugely different. The EVO never had a very big soundstage to me any, especially since it is semi open so I expected it to be a bit better. I would still say that the 669 has a bit better soundstage than most other (cheap) closed back headphones.

Comes in a basic box, nothing super flashy, the way the cord is wrapped around the piece of cardboard it's presented in is a bit annoying. Comes with the same accessories as the EVO, those being the 2 sizes of cable, a 1/4 inch adapter, little useless clip thing for keeping cables attached. No velour ear pads though.

This is a decent looking pair of headphones, I guess. simple and utilitarian, which I like. I can imagine it being used in a small cheap studio purely for live monitoring. It does look daft on the head though, big round cups and very wide form of the headband on your head. Not aesthetically portable at all. I've seen someone use DT 770s as portable headphones, which are pretty big for portables IMO, but even that looks a lot better than the 669.

conclusion:
If you like bright sound, don't wear glasses, and need isolation, then boy are these the headphones for you! But, if you don't necessarily need the isolation, and want a fuller, funner sound, the 681-EVO is cheaper and better value in my opinion. the 662/662-f is another one to look into, since it has a better headband and supposedly is more flat sounding, but that also has no detachable cable. 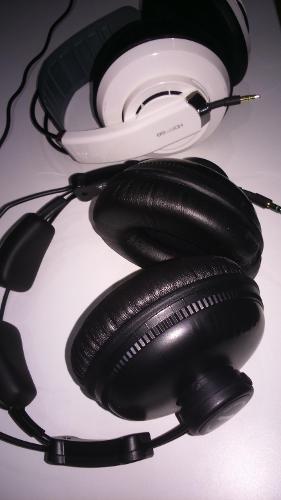 yoztpetra
hm.. do you amp the HD669? It benefit alot with warm sounding portable amps.

Philliphobia
nah, I have no amp.

You're doing it wrong. Bass performance improves with burn-in on the 668B and 662-Evo, so I would bet it does on the 669 as well. Use frequency sweeps, not pink noise, to get it done faster. You may not even need to EQ them after that (unless you're a basshead, ofc).
Read more…