Loading…
Pros: Nicely made for such an affordable IEM, big sounding bass, Lightning termination for Apple devices
Cons: Midrange may be too recessed for some listeners 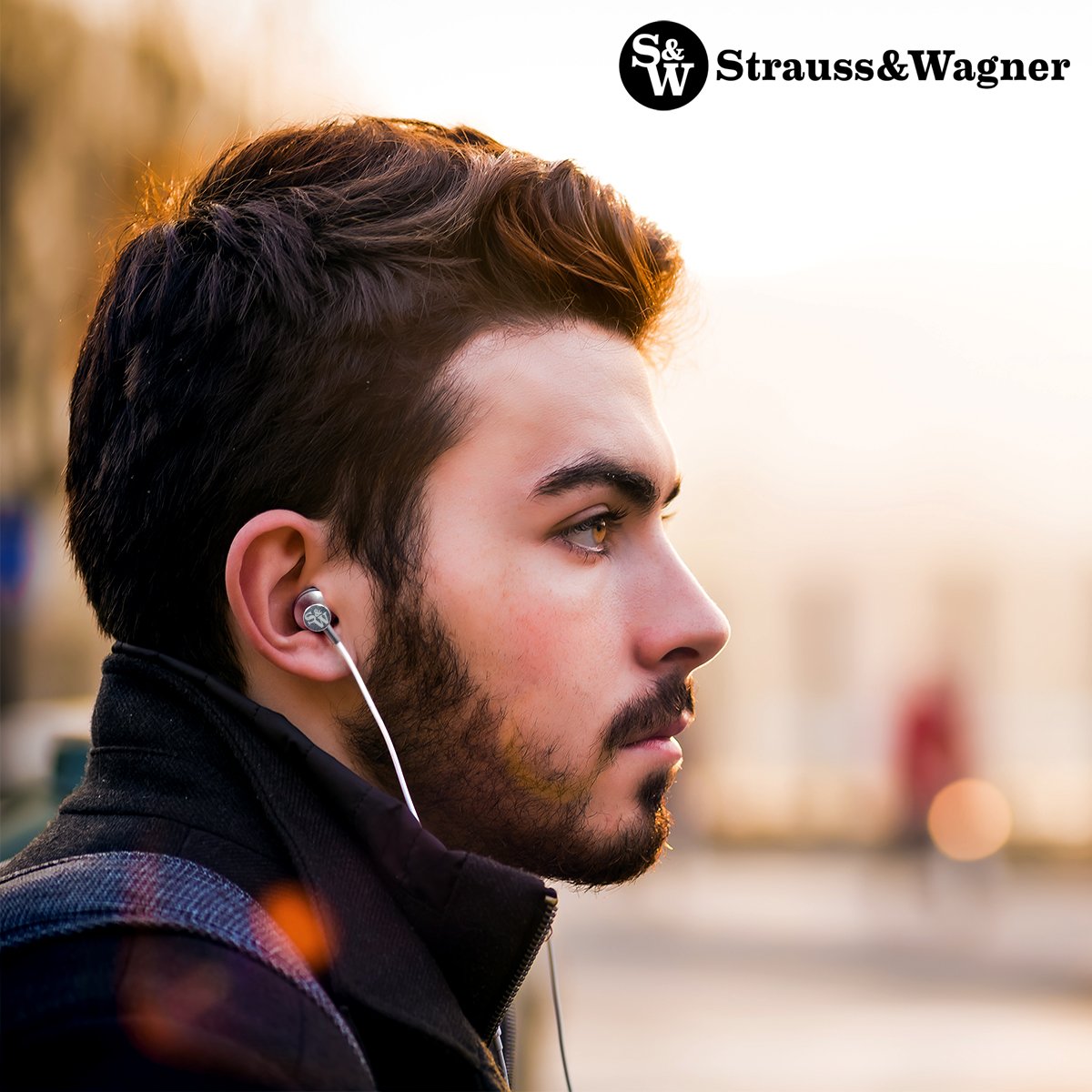 Strauss & Wagner (S&W) is a new company established earlier this year in New York. From its press release, the company plans to introduce affordably priced audio product that it hopes will become the benchmark in its price class for performance and build quality, and its first offering, the SI201 ($49.95), illustrates the realization of this goal.

The SI (Sound Isolating) 201 is an Apple MFi certified IEM that is terminated with a Lightning jack for easy connection to iOS devices. With the introduction of the iPhone 7 in 2016, Apple eliminated the standard 3.5mm headphone jack to the consternation of many of its customers. This change required a short dongle connected to the Lightning port to allow traditional headphone/earphone use, not just for connective compatibility, but also to act as a digital to analog converter (the Lightning port is digital audio out only). The SI201 eliminates the need for this unsightly dongle, and S&W put a lot of thought to improve the DAC built into the Lightning connector for greater performance over Apple's included earphones. 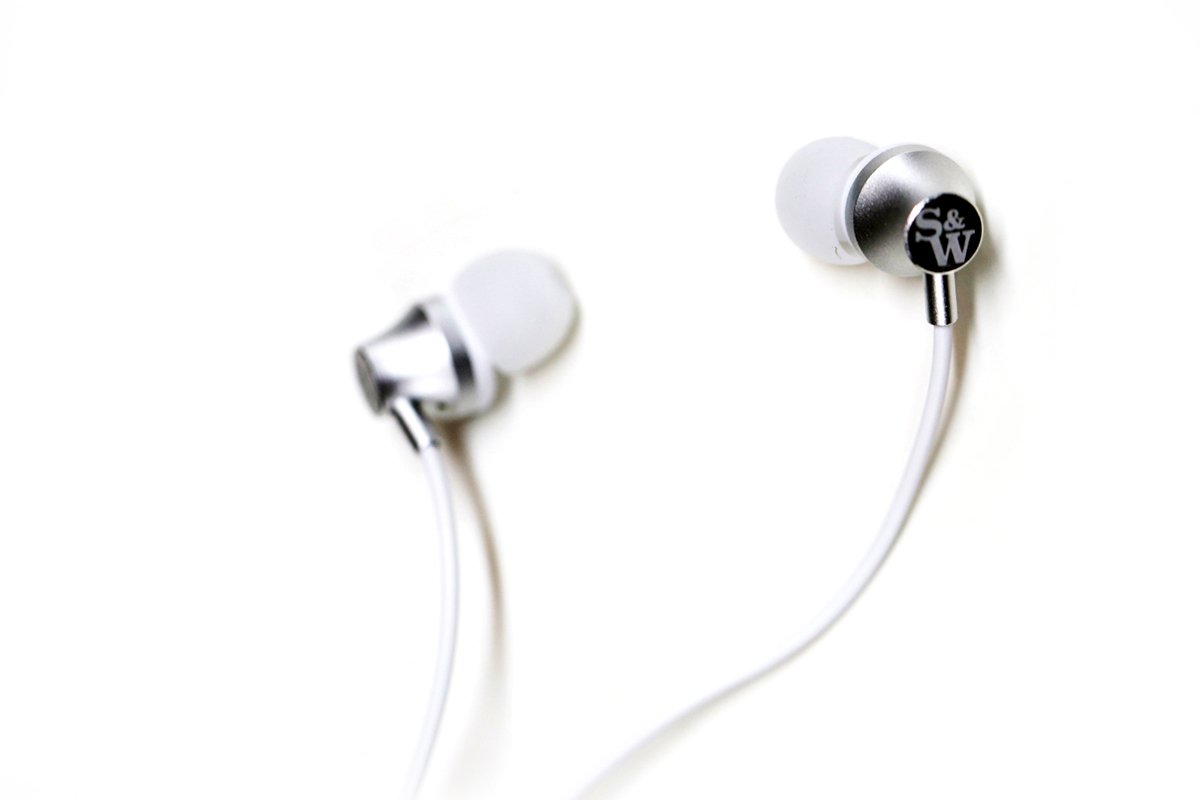 I'd like to thank Michael Brown, the US distributor for S&W, for providing me a free sample of the SI201 for my forthright observations. I used my iPhone SE as my source device playing lossless music for this evaluation.

Before we get to the sound, I want to comment on the build quality since this is an intended emphasis for S&W products. Unlike many other IEMs under $50, the shells are made from textured aluminum and feature white cables along the lines of Apple earphones. The packaging is a simple cardboard box which includes the SI201, a nice little draw string bag for protective storage, and three sets of silicone tips. There are instructions for the remote cable (non-detachable) which can be used for both song navigation/volume level and telephony. S&W makes a point about this latter feature by specifying -48dB of sensitivity for the microphone for enhanced performance. All in all, a nice presentation for an affordable IEM.

Per my typical practice, I burned-in the SI201 for about 50 hours before I did any critical listening. On first listen after burn-in, I was surprised by the low bass performance; there was a big sound to the lower registers with solid impact no doubt due to the 10mm dynamic driver. As is typical of such designs that emphasize the bass frequencies, there was some bass bleed into the lower midrange, but not to a level that made it disconcerting, rather, the transition from bass to midrange flowed with a fun sounding presence. I should mention the included tips are nicely made with a bit of stiffness to their construction, and this quality allowed for a great seal, to my ears, anyway. S&W highlights the sound isolating nature of the SI201, and I concur that it is darn good.

The midrange, which is somewhat V-shaped, transitions to the sparkly trebles in such a way that the overall balance of sound is cohesive, and engaging to this listener's ears. The trebles, as mentioned, do have a sparkly quality to them, but do not sound overbearing. Due to this characteristic, the detail retrieval is particularly good, and a sense of space comes through in such a way that the soundstage extends outside of one's head. Compared to the ubiquitous Apple earphones, I found the SI201 to be a big improvement in pleasurable listening. 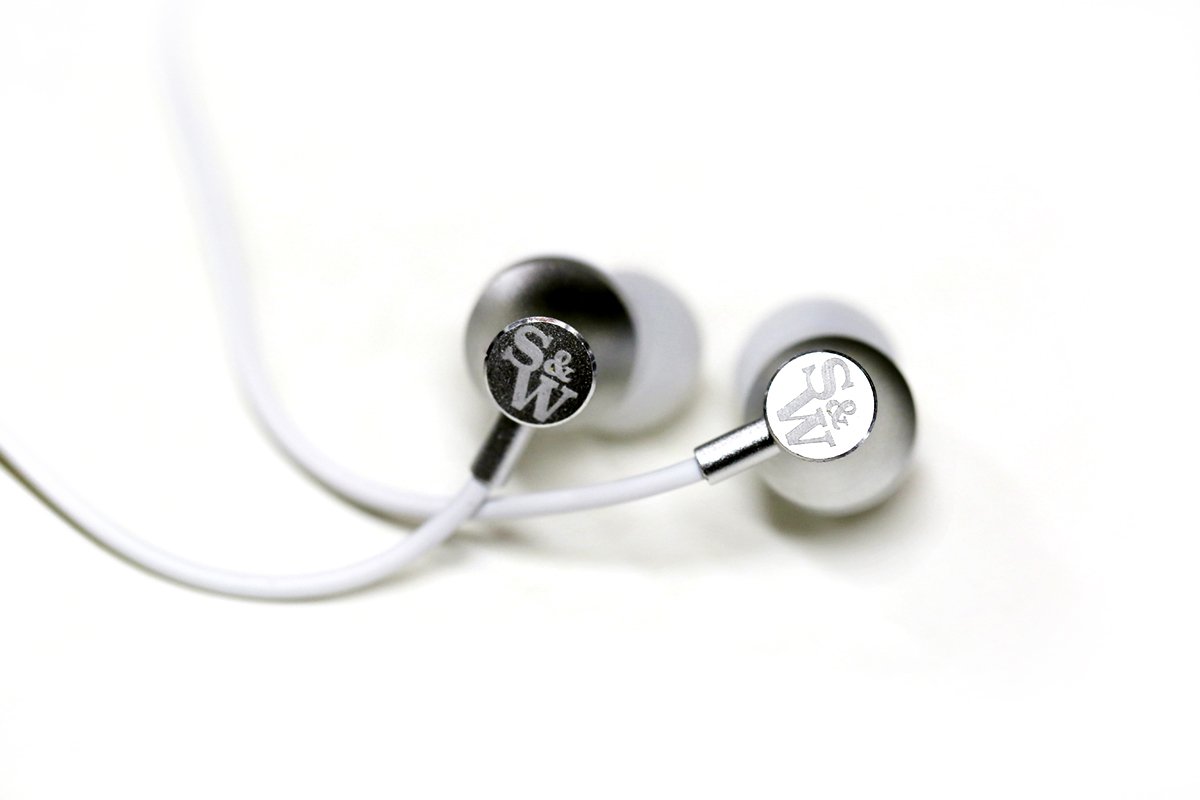 S&W has made its mark with the release of the SI201. For anyone using Apple's stock earphones with their iPhone, the SI201 is an affordable way to improve upon their listening experience. Recommended!