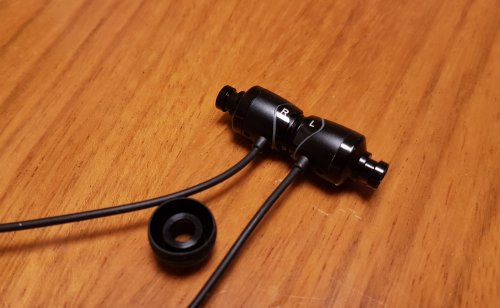 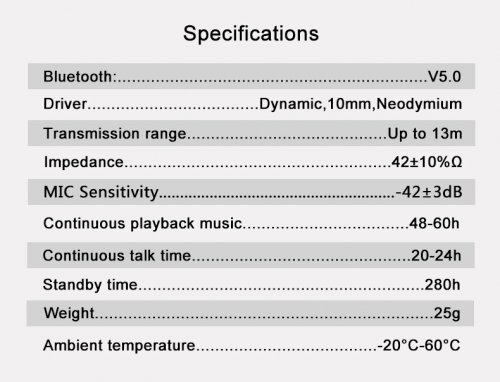 Credits to the SoundMAGIC team for the E11BT unit. 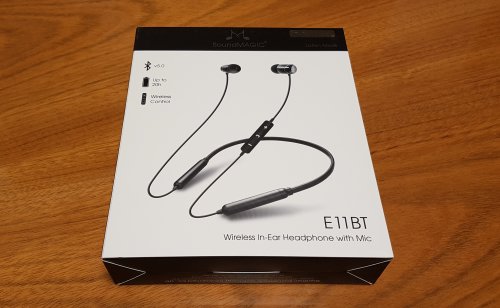 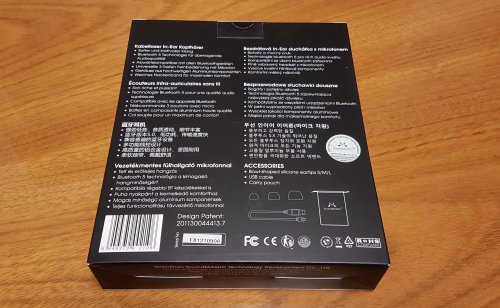 ​
The box is a bit larger than the usual in-ear options from the company, with the neckband design occupying most of the box area. The included accessories consist of just 3 pairs of single flange silicone ear tips, a USB cable and a large black pouch. 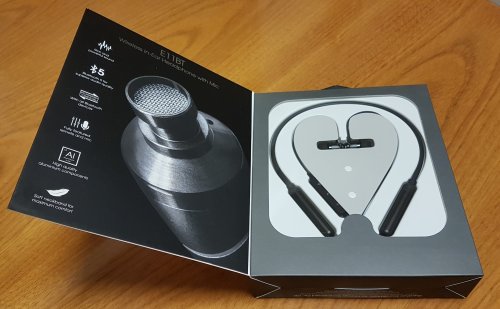 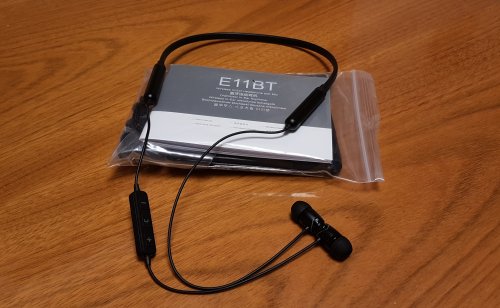 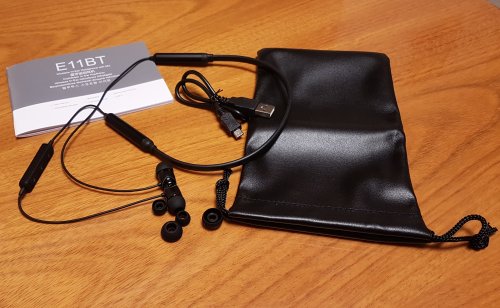 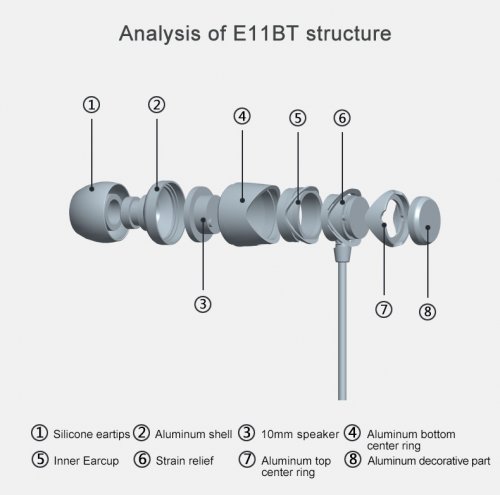 ​
For the new wireless earphone, SoundMAGIC opted for a neckband design in an all black color paint finish. Whether these designs can be called wireless with the now "true wireless" options is not something to be discussed here. They work only on a wireless Bluetooth connection, so fair enough to classify as wireless, right? The build quality is pretty good on specific parts, both on the housings/shells being all aluminum and on the ends of the neckband made of metal too. The inner band seems metal and with a rubber coating outside, and with the flat design it is flexible yet appears to be durable enough. 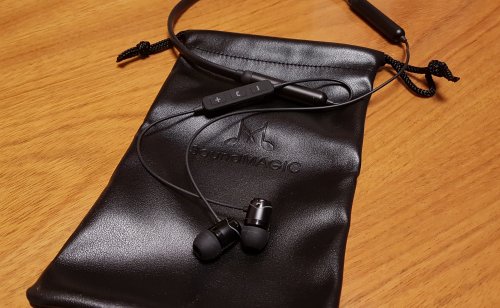 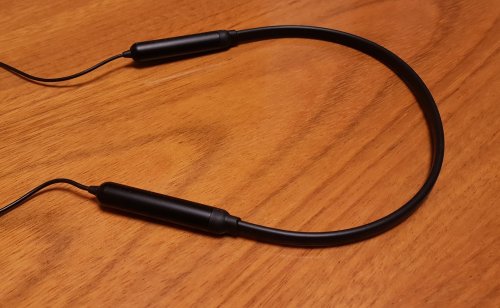 ​
The aluminum housings follow the same compact and straight design of the E10 and E50. They are very light in weight, easy to fit even with the standard tips included. The shape is comfortable too, but there is just a small sharp section, right next to the R/L markings, that can be very annoying. Isolation is around average, which is decent for these types of straight designs. Driver flex is not present at all, there is no vent that can be found, but there probably is one as some wind noise is present during these winter days. 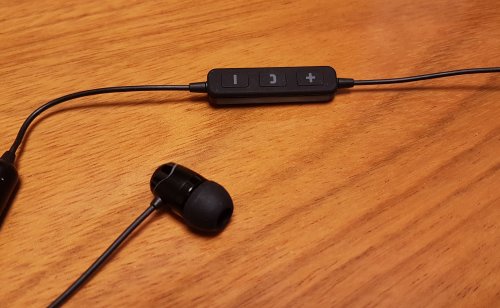 ​
The cable is very soft but also very uninspiring. It looks rather flimsy and has very short strain relief on both the exit of the housings and the neckband. The standard wired E11 already features a better cable among all the SoundMAGIC previous in-ear models, with silver-plated wire inside and more durable and comfortable to use. It does disappoint that it wasn't include in this BT version, but at least a more reliable cable would have been nice. 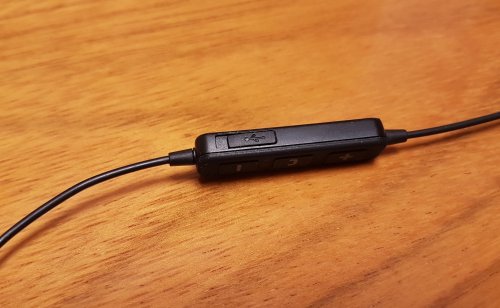 ​
The remote control is placed on the left side, in the middle of the cable, made of plastic with a rubbery material on the 3-buttons part. The center button works for power, playback and call answering, while the + and - buttons for volume and track skip; single press to adjust the volume and double press for back and next track. 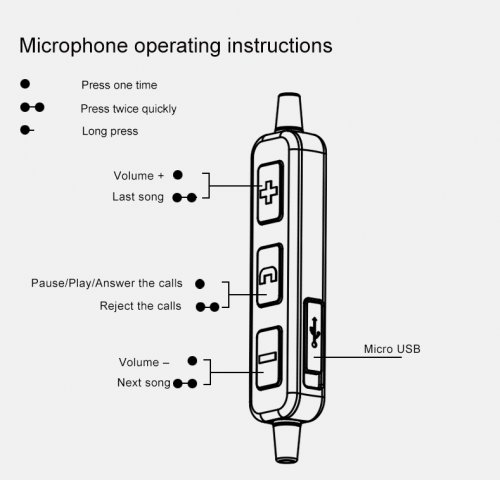 For any wireless headphone both battery and wireless connectivity are key features, and fortunately, the E11BT is really good here. The battery is rated to hold more than 20hrs of playback, and the charging time is also good, less than 2hrs.

The Bluetooth tech here is 5.0 version with AptX (not HD). However, the E11BT doesn't work with all portable devices I tried. For instance, with the Shanling M0 it does pair and the controls also work, but there is no sound out of the earphones, and similar results with other portable players. On the other hand, with various Android based devices the E11BT work very well, easy and fast pairing, excellent Bluetooth connection with no drops or noises. Also a bit wider range and most importantly very clear sound quality. Had used it with the new Fiio M6 player (which uses a customized Android 7.0 platform) and the Bluetooth performance is excellent with automatic pairing. 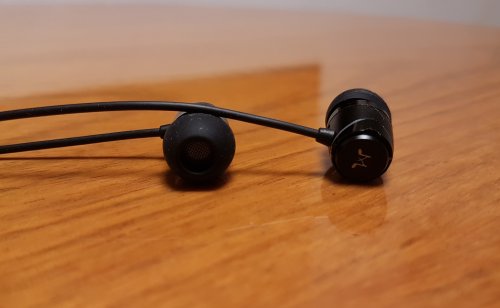 The E11BT is different from the E50 and E80, but also not as v-shaped as the original E10. Interestingly, the tuning is less meant to amaze with powerful and energetic bass and treble response, and instead, it is a bit more balanced, or rather, more linear with relatively good control. It is not a flat neutral sound by any means; it has more elevation on the lows but then goes quite even on mids and highs showing very little peaks on any certain region. 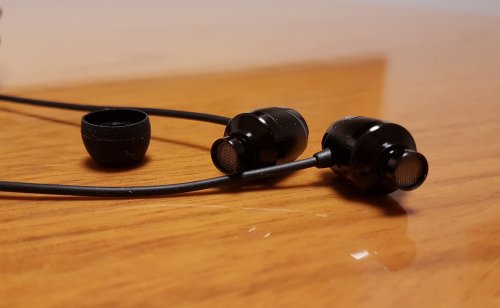 ​
The bass is mildly accentuated on the overall sound presentation, and typically the emphasis is presented on the mid-bass region, but not enough to break the balance. Nothing overwhelming, just some extra punch for a fuller response and bit warmer tonality and thicker texture. Technically, there is good speed and extension, though the sub-bass is more shy and soft next to the mid-bass presence.

The midrange is a bit less forward than the bass with a more neutral nature. There is little bass attack into lower mids and the transition is quite smooth, but still not completely clear. On its own, the whole midrange is balanced, neither too thick nor too lean, well weighted, though dry and cooler in tonality. Clarity is decent; not forward in the detail but easy to perceive, especially on vocals, with very little extra brightness on female singers, but still not sweet texture.

Upper midrange is kept in check, not harsh or hot, as there is not treble peak. At low to moderate volumes, the treble sounds kind of off, though on a bit higher volumes it gains more presence and energy. It is sparkly, yet has very good control unlike the more mainstream tuning that gives extra elevation on the highs resulting in harshness and sibilance issues.

The E11BT cannot reach the E80 resolution and openness, but gives a much fuller bass response. Next to the E50 richness and musicality the E11BT can sound lean and too dry, but keeps a very good linearity with the midrange. Soundstage is around average, though has decent depth. The presentation is fairly spacious with sense of air, not for micro detailing but not missing either.
Reactions: B9Scrambler