Menu
Log in
Register
Sony WH1000XM2 - Reviews
Overview Reviews (1) Gallery
Pros: Excellent wireless sound quality and signal. Touch controls. Excellent battery life. Good passive noise cancellation. Goes nice and loud. Pairs fast to your phone.
Cons: Expensive. Not as comfortable as Sennheiser 598 for example. Potentially fragile (previous model suffered with cracking headband - so far so good with this model though).
It’s fair to say that by now most people who have an interest in wireless headphones know that the top 3 headphones for noise cancelling are Bose, Sony and Sennheiser.

Over the last year I have had the opportunity to try out a wide range of bluetooth wireless headphones - thanks to Amazon’s excellent returns policy, living in the backwaters of nowhere is no longer a problem when it comes to purchasing high-end equipment in order to choose the best possible product within your price range.

For some time now the top three bluetooth noise cancelling headphones have been the Bose QC35’s, Sennheiser PXC550’s and the Sony MDR1000X. Some time ago I purchased (and subsequently returned the Bose and Sennheiser models). Now, finally I have managed to experience all three of these headphones for far longer than I would have been able to in a conventional store. I have written reviews on both the Bose QC35’s and the Sennheiser PXC550 headphones but to sum up I came to the following conclusions for those two models:

Bose QC35 - very nearly perfect. Excellent noise cancelling and super comfortable. To be honest I very nearly purchased these except I found the sound quality to be somewhat artificial and bland. Whilst this can sometimes be the sign of a good headphone when it comes to long term listening, in the case of the Bose I just couldn’t get on with their sound character. But I very nearly bought them. I felt it was only right to try out some of the competition first.

Sennheiser PXC550 - nicely made. Cool and interesting features but for me they just wouldn’t go loud enough. I took the dog for a walk whilst wearing them and, although the noise cancelling worked pretty well, the lack of volume just made them pretty much an automatic return. Whilst I don’t listen to music anywhere near as loud as I used to in my youth, I still always want to option to rock out from time to time.

I really wanted to try the Sony MDR1000x but at that particular time they were very difficult to get hold of - even Amazon had a waiting list for them. In the end I decided to look at the non-noise cancelling bluetooth headphones and eventually purchased the V-Moda Crossfade Wireless.

I really like the Crossfade Wireless headphones. Their build quality is absolutely first class and their sound characteristics and perhaps more to my taste than the more accurate ‘clinical’ sound that you get from top-tier full size and IEM headphones. Don’t get me wrong, they’re way too bassy and lack detail in the treble but they also offer a nice relaxed sound which can go LOUD! Their biggest pro in my opinion is the built-in amplifier - these things are for headbangers.

Enough preamble - I very recently purchased the Sony WH1000Xm2 Wireless, Noise cancelling bluetooth headphones and thought I would share my experiences on them. 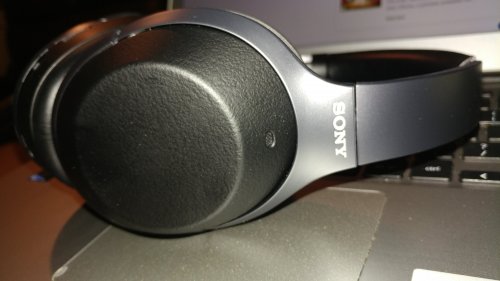 There’s a ton of information regarding the basic build quality of these - so I thought I would focus on comparing the Sony’s to other headphones in my collection.

vs Sennheiser HD598SR - similar feel to the plastic. Both headphones feel like they should be handled carefully and not thrown around. I’m aware of the ‘cracking’ issue with the Sony MDR1000X and am determined to ensure this doesn’t happen to mine (even though I haven’t read one post regarding cracking on the new model). In all fairness, they’re both comparatively expensive models and not something I would willingly be careless with anyway.

vs V-Moda Crossfade Wireless - from a build-quality perspective - ha! The V-Moda’s would eat the Sony’s for breakfast. Then continue headbanging.

Again, everyone knows how these work. There’s more than enough demonstrations on YouTube on these headphones. I would just like to add that I love the gesture controls and they work really well - better than the Sennheiser PXC’s by a long way. Another really nice touch is the number of steps available in the volume up and down controls - definitely a finer degree of control than what I’ve found with other bluetooth headphones so it’s a lot easier to find the ‘sweet spot’ when using them. I found the physical buttons a little difficult to find for the first couple of times but I can find them without any problem now.

Not perhaps as comfortable as the Sennheiser HD598SR (they are completely ‘over-ear’). Perhaps slightly more comfortable than the V-Moda’s with the larger XL Pads but not by much. The WH1000Xm2 should be considered an ‘on-ear’ headphone - definitely not an ‘over-ear’ design - unless you have really REALLY small ears. 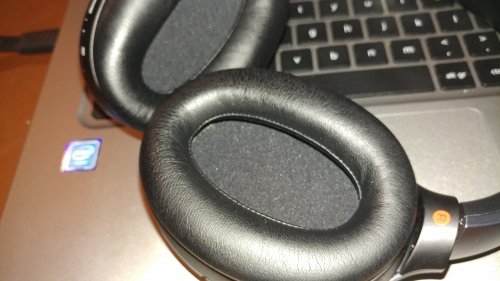 Clamping force is quite tight - needs to be for the noise cancelling to avoid feedback loops. Passive noise cancellation is considerably higher than with most on-ear headphones - more on this later.

For me this is still the most important element. I can withstand a degree of discomfort. I can tolerate poor controls and even limited battery life but the sound quality has to be absolutely top notch - the good news is that the Sony’s deliver. Bass isn’t as deep or as potent as the V-Moda’s, Mids are not as clearly defined as you would find on the Sennheiser 598SR’s and the top-end can’t match the best triple-driver iem’s out there - but what it does do is offer a nicely balanced sound with enough detail for me to seriously consider never using wired headphones again. One point worth mentioning in my opinion is that it’s just as quick to switch on the headphones and pair up with my phone as it is to use the wire. In order to get the best sound quality when used wired, you still have to power the headphones up - although they will work without power they sound pretty crappy. This does illustrate quite nicely just how much sound processing is taking place with the Sony’s - but in all fairness they’re definitely getting it right.

I’m pairing the Sony’s with the rather excellent LG V20 phone for most of my listening. This device offers APtX HD as one of the available codecs - yay!!! This offers much better detail in the higher frequencies and, to my ears, I really struggle to hear a difference between wired and wireless - at last!

The noise cancelling feature is really quite remarkable but, after using them for dog walking duties, I found that my footsteps were producing a low frequency ‘huffing’ sound which clearly came through to the music. Sony has a special function on these headphones which can adjust the noise cancelling parameters based on your current environment but even this didn’t make ‘huffing’ sound go away. Luckily this effect is completely eliminated by simply switching the noise cancelling off. The good news is that the passive isolation on these headphones is more than good enough for dog walking - if I was sat in a noisy environment I would have no problem using NC as it doesn’t actually affect the sound quality that much - but I think the keywords here are ‘SAT DOWN’ not walking. 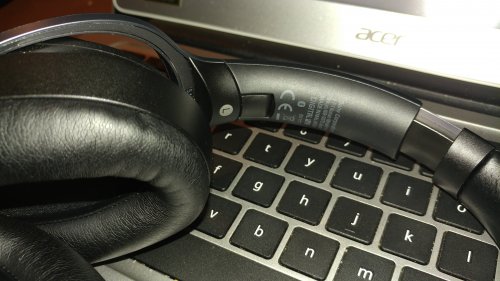 To my ears the wired performance when powered up isn’t really very much different to wireless (although in all fairness I am using AptX-HD). I suspect the reason for this is that when active the headphones are processing all of the sound you hear - whether wired or wireless. This means that the overall character of the sound doesn’t really change and, I also suspect, that to a certain extent the sound quality of the playback device is pretty irrelevant. Having said that I have noticed that the top end is a little more detailed when used wired but that’s about it. At the end of the day these are wireless headphones and I tend to use them as such. When used passively with a cable the sound is basically crap and only worth using if you have completely run out of battery power. It’s interesting to see just how much processing Sony does with the sound when they’re powered up.

Excellent. Range is definitely better than any other wireless headphone I have tried. My usual ‘wear them when I go to the toilet’ test passes them with flying colours. The only other bluetooth headphones I have which can match the range of the Sony’s is the excellent Apple Airpods.

There’s no getting around it. The Sony’s are a lot of money in my opinion. Whilst they’re definitely not the most comfortable headphones, their sound quality and features really do make up for this in my opinion and I rate these headphones very highly indeed.
Reactions: Pokemonn, headphonesty and Contrails

Peddler
Strangely these definitely get more comfortable over time.

Peddler
Update - I'm still loving them. The XM3's have just been released but I don't think they're worth the upgrade if you already have the XM2's. I would be very interested to see if the new thicker ear cushions are compatible with the XM2's though.