The NCO is the first IEM from the company. It comes in a small white box similar to that of the M1 Pro. Inside the earpieces are displayed in a cardboard tray along with the spare tips (one pair of silicone each in S and M sizes and one pair of medium foams). A further pair of medium silicone tips is pre-fitted.
Lifting out the tray reveals the MMCX 4-core copper cable which has a plastic right-angled 3.5mm plug and clear plastic Y split. There is no chin slider. A brief instruction manual is also supplied.

The earpieces are very compact, measuring 10mm in length and closely resemble those of the M1 Pro. On the top of the earpieces there are two slots which appear to be the outlet for the Maze bass enhancement system (although no mention is made of this, it looks identical to the M1 Pro). Attached to the front of this is the driver housing which has a medium length black nozzle with the words "Smabat HD driver unit" in white surrounding it. There are three chevron stripes on one side of the barrel along with channel identification.

The IEMs were auditioned using an Xduoo X20 DAP as the primary source and a Huawei smartphone and a CD player were also employed. The supplied cable and tips were used. A burn-in period of 100 hours was carried out before testing.

First Impressions
Initially the NCO displayed a warm profile which was mildly L-shaped. After the burn-in period the balance became more neutral though still possessing an attractive warmth. There was copious detail and excellent imaging and the soundstage was very spacious. The bass was powerful and possessed good extension, the mids were not recessed and the timbre was very natural. This continued into the treble which was smooth and detailed with great delicacy and finesse. Rhythm and timing were very adept and projection excellent. Sensitivity was good with adequate volume achieved with all sources and an amplifier not being required. It was impressive to hear such a big sound from such small earpieces!

Bass
The bass was very powerful and possessed good extension and impact. Sub-bass reached deep and was well-textured. The mid-bass displayed attack and punch but did not bleed into the mids. The emphasis was between the mid- and sub-bass. Only very occasionally on certain material did the bass become dominant.

The final part of Kurt Atterberg's "Varmlands Rhapsody" combines the main two themes with full orchestra and was powerfully reproduced with the bass drum displaying authentic timbre and natural decay along with a weighty delivery, enabling the power of a symphony orchestra in full flight to be fully appreciated.

The cellos and basses underpinning the finale of the first part of Holst's "Moorside Suite" once more demonstrated the quality of the NCO's timbre with a rich, woody tonality contrasting wonderfully with the main melody carried by the violins in the lively and entertaining performance conducted by David Lloyd-Jones.

Georg Deuter's "Gentle Darkness" from the album "Henon" emerges from silence, builds to a climax and subsides again in an arch-like structure. The beautiful melody is supported by deep bass synthesiser, especially in the middle of the piece and again at the end. The depth and power of the keyboards here was very effective and showed excellent texture whilst complementing the wide and spacious imaging.

Mids
The mids were very natural and open with excellent detail and separation and authentic timbre.

The interplay between the cello and piano in "L'heure exquise" by Reynaldo Hahn was beautifully rendered with the natural timbre of the instruments a pleasure to hear and the delicate details adding to the realism with the space surrounding the players producing a concentrated effect.

"Golden Point" is a cinematic-style orchestral electronic piece by the Canadian synth duo Exchange. The wide, spacious imaging enhanced the direct and melodic quality of the piece with climaxes impressively handled. The rhythm and timing were notable, generating an entertaining and enjoyable performance.

With an open, detailed profile and accurate tonality, it was unsurprising to find vocals sounding expressive and natural. Eva Cassidy's beautiful "I know you by Heart" was a perfect example, with the character of her voice coming over wonderfully well and reminding me of what a loss her passing has been. All the emotion and feeling of the lovely words was delivered faithfully, accompanied by her bright clean guitar work in a beautifully natural recording.

Treble
The treble was open, smooth and airy, with good detail and timbre, sounding very natural with no discernible peaks or harshness. This confirmed the benefit of a full-range driver with no crossover.

In Bach's "Toccata and fugue in D minor" performed by Helmut Walcha, the bright and crisp sonorities of the Silbermann organ were reproduced with accuracy and finesse. The forward and lively exciting nature of this unusually bold and assertive reading could be fully appreciated.

"Electromantic" is an album of varied pieces for keyboards by Gabor Presser. "Z Op.1" features delicate arpeggiated figures displaying excellent precision on the NCO. Each of the rapid notes remained clear and separate with an accurate tonality and superb extension yet retaining their musicality.

Gerry Rafferty's classic "Baker Street" benefited from the NCO's crisp treble delivery with the celesta ringing out clearly above the powerful bass and saxophone scoring and the character of Gerry Rafferty's voice preserved faithfully.

Soundstage
The NCO managed to produce a large three-dimensional stage with a particularly good depiction of ambience. The decay of instruments was very natural and the character of recording venues well differentiated.

The layout of orchestral recordings was very well reproduced. In Holst's "Venus" the placement of the various sections of the orchestra was accurately portrayed with an effective impression of distance which made the experience so much more believable. At the beginning the horn solo floated above the string accompaniment and the basses and lower brass showed good separation.

Vangelis's synthesiser pieces always impress with their sense of space and "Elsewhere" from his "Direct" album is no exception. In the central climax he brings a whole arsenal of keyboards and special effects to bear and the NCO rose to the occasion admirably with an impressive and entertaining performance full of energy and power covering the whole frequency range and filling the soundstage. The studio ambience was handled very effectively.

The spacious soundstage was perfect with dub reggae. "King Tubby meets the rockers Uptown" by Augustus Pablo sounded great. With bass and percussion on the left, melodica in the centre and vocals on the right and effects occupying all parts of the image it was easy to appreciate the creative work of this Jamaican dub master.

Conclusion
I was very impressed with the NCO. It matches and even outperforms most, if not all, of the recent single DD releases I have heard including the BLON BL-03, BL-05, KBEAR Diamond and Tin Hifi T4. It is a closer call with the Tin Hifi T2 plus but the superior soundstage and authoritative qualities of the NCO just nudge it ahead. I wrote in my review of the T2 plus that there was little to criticise and the same holds true here. With its powerful delivery, superb soundstage and natural timbre the NCO really does earn its stripes! 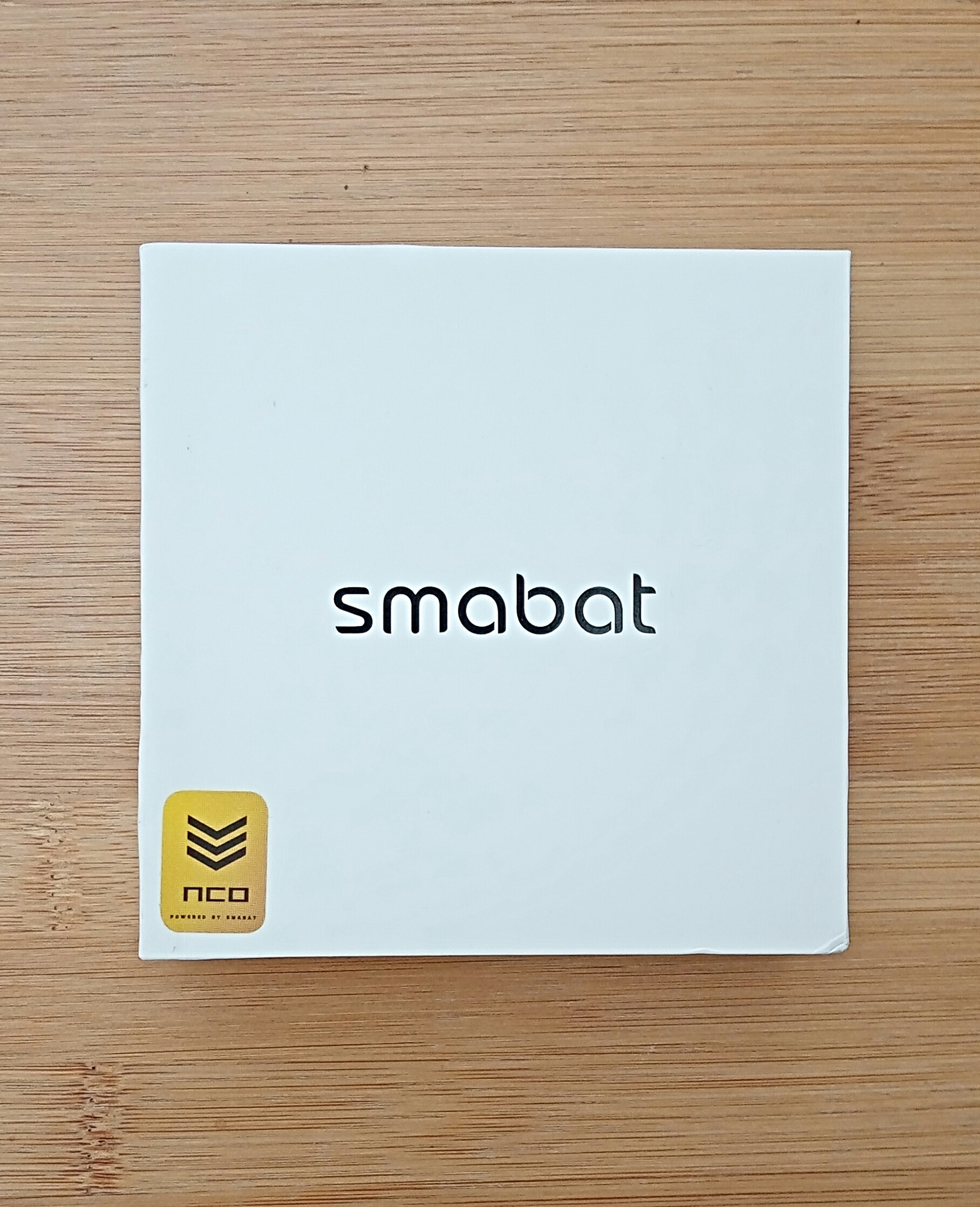 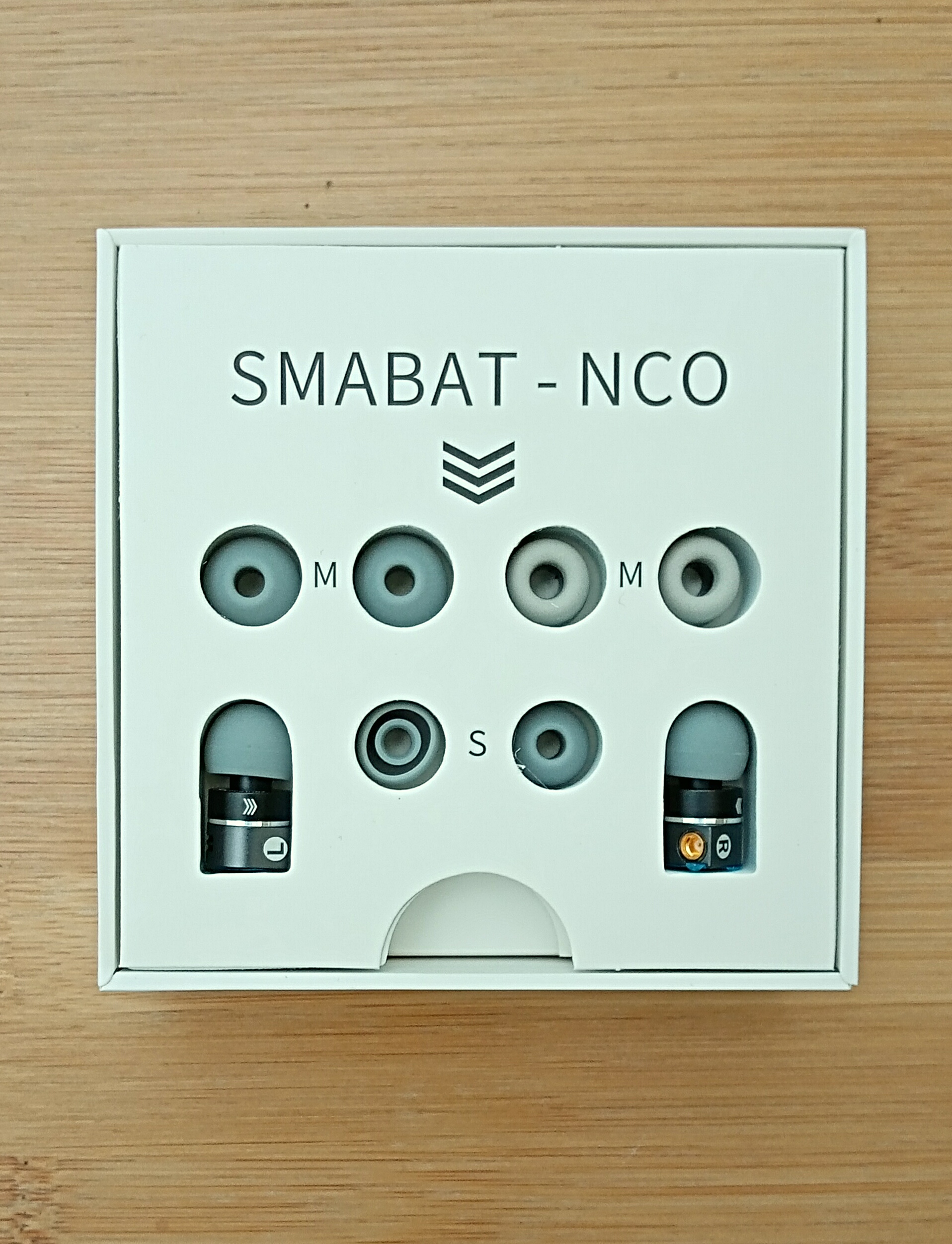 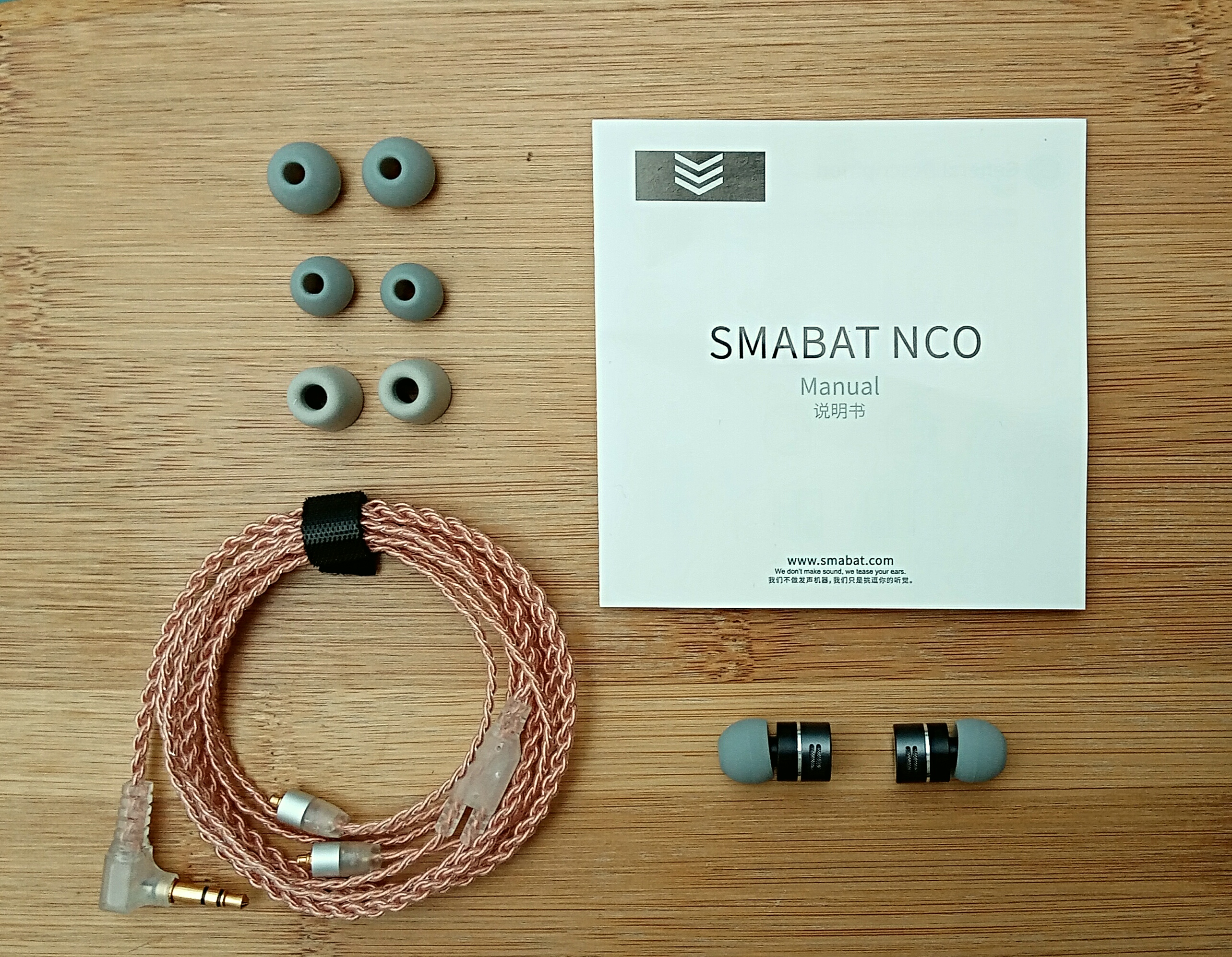 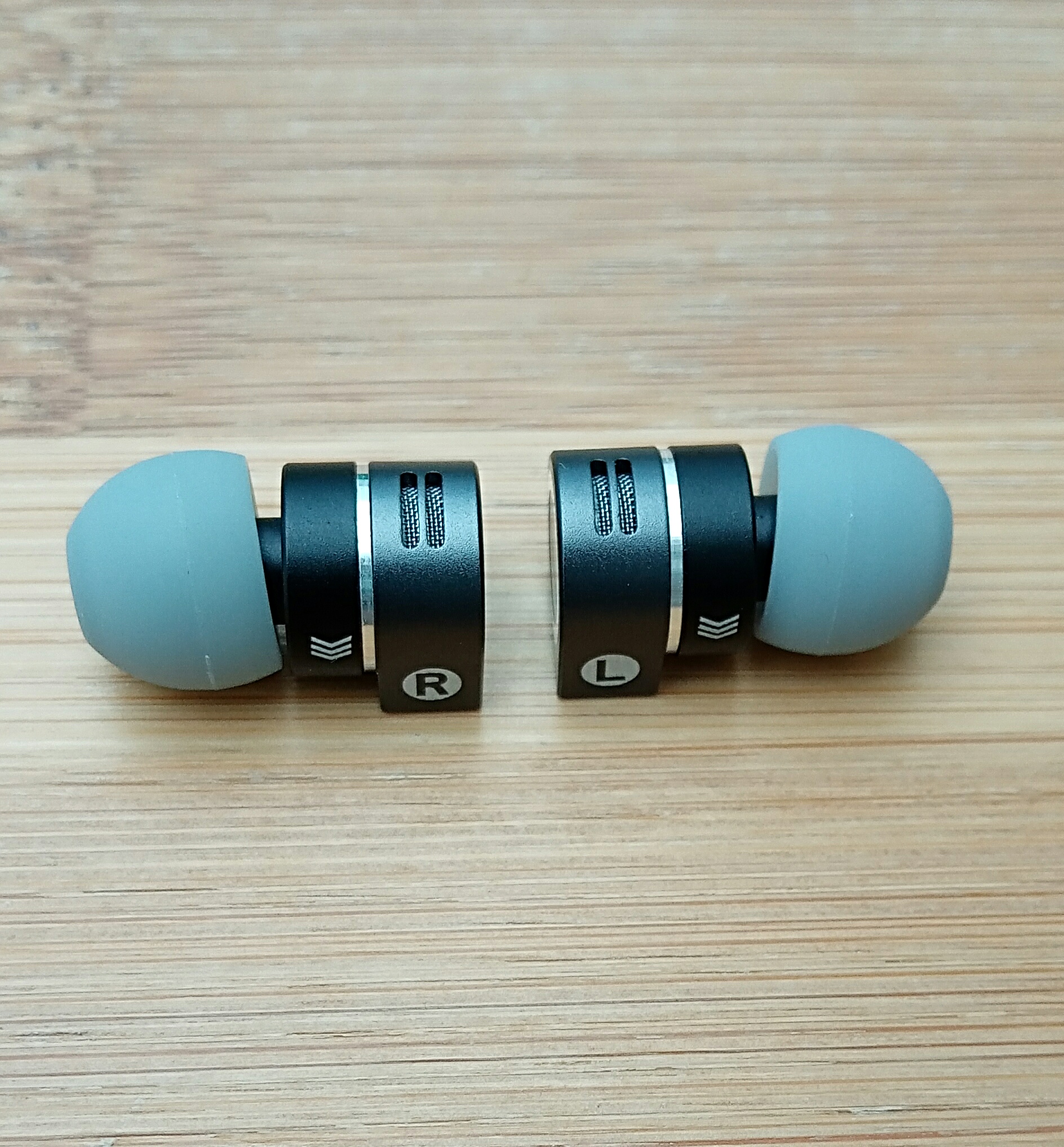 Last edited by a moderator: Sep 9, 2020
Reactions: Results45, LaughMoreDaily, 4ceratops and 13 others
View previous replies…
R
Results45
@harry501501 I just received a pair or BGVP DN1S and yes I can confirm: the NCO MMCX fit is very tight. The DN1S by contrast comes on and off just right with a pretty fidget-perfect SNAP.

First impressions, the DN1S sounds similar to the KBEAR Lark (both 1DD+1BA....I wonder why?) with a slight bass/low-mids emphasis while the Lark has slight peak at 8K. Very good detail when listening to "Hot Summer Nights" from Top Gun. Sound stage is shperical, but isn't large; pretty comparable with my faithful pair of Panasonic ErgoFits. Imaging/separation is decent, but generally stereo which is standard given the $25-$30 price.

The DN1S will likely be the only pair of BGVP IEMs I'll own unless I decide to empty my checking account on a whim one day on a pair of ArtMagic DH3s or VG4s.

Nimweth
Harry 501501, I did not have the Heart Mirror at the time of writing. I have it now and I agree it is an excellent single DD IEM.

Barusu Lamperouge
I'd agree that both are complementary to each other.