The PC 151 stereo headset has the ultimate real-life sound that will make it seem like the action is right where you're sitting. A fantastic piece of technology that offers a high volume experience no one should have to live without. With the in-line volume control and the microphone mute switch you can keep sound at the right level or have a side conversation in privacy Equipped with a single-sided cable for maximum freedom of movement Headphones Frequency Response - 18 - 22,000 Hz Impedance - 32-ohms SPL (at 1 KHz, 1 Vrms) - 118 dB Microphone Frequency response - 80 Hz - 15,000 Hz Sensitivity - 38 dBV/Pa Impedance - 2k-ohms
Share:
Facebook Twitter Reddit Pinterest Tumblr WhatsApp Email Link

Pros: Solid build quality, Great bang-for-buck gaming headset
Cons: Muffled & overbearing bass, Rolled off treble
Introduction & Criteria
I bought the Sennheiser PC 151 for gaming after my friends bugged me to join them on Team Speak. After looking at a couple of the available options online, including the possibility of setting up a separate mic, I went with my gut instinct to go with Sennheiser. Not much of a purchase justification but trialling headphones here in Australia is difficult to say the least.

After checking out the “local” Australian internet suppliers offering the 151 for $80+ I purchased my pair for A$43 new from eBay. Just to provide some context, in wearing these for gaming I was switching from my HD650s and HD800s. I’ll also be comparing them to the Audio-Technica m50, my portable headphones. 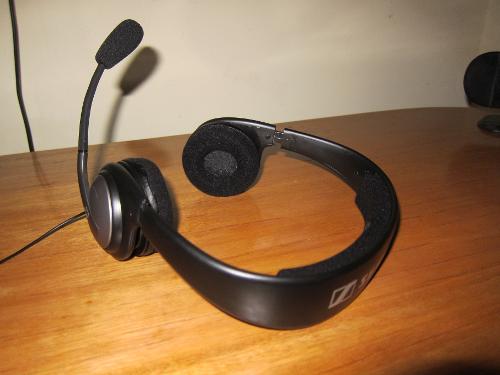 Build, Comfort & Microphone
The 151 is built from average quality plastic, that’s the reality of it. I was initially disappointed with the quality when I pried it from its packaging but bear in mind, I’ve been spoilt. After around a month with the 151, my view has changed slightly. “Average” is exactly that, not $20-rip-off-beats bad, not as solid as the HD650. Personally I’d consider the 151’s build quality to be slightly below that of the Audio-Technica m50 which most will agree are very well built for their price. After several ~30cm falls onto my timber desk the 151 is no worse for wear. They are certainly well built for their price.

Regular four hour gaming sessions have come and gone with my head raising no complaint. The earpads are slightly harder than I expected yet still comfortable. The headband is of similar density, slightly harder than my HD650 but notably better than the m50’s limited padding. The clamp is almost unnoticeable, helped by their lightness (170g according to my kitchen scales). On-ear is a new experience for me but so far I have no complaints.

The microphone is of good quality, better than your average and more than adequate for gaming or Skype. It can swivel upwards when you’re not using it however it does not disconnect unlike other gaming headsets (it’s hardly to be expected for the price point). 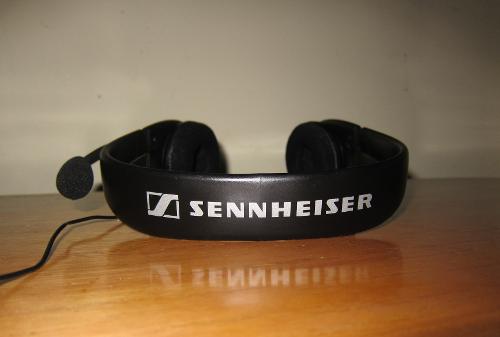 Sound
For me, this purchase was made mostly for the mic, with the audio quality a definitive second priority. In this respect the Sennheiser PC 151 is as solid an offering as can be expected. Please keep in mind that your reviewer is used to significantly more expensive headphones. I’ll be covering this mostly from a gaming/video-call perspective as that’s the 151’s best possible application. The headset was plugged straight into the motherboard audio jack due to the limited separation of the microphone and audio leads.

Different. That was my first thought when I started listening to some Mozart. The 151 certainly lacks the clarity or detail of the HD650 or even the m50. The double bass seemed to overpower the dampened melody of the violins and the entire orchestra seemed to be sitting on top of one another. Those were my initial thoughts and however uncollected, they remain true. The treble has a definite roll-off and the mids are overpowered by the muffled bass. Having said this, the 151 is certainly still listenable.

My first round of BF3 using these was an equally interesting experience. I have never noticed how reliant I have become on being able to hear footsteps, something which were certainly impacted by the rolled-off treble. The 151’s soundstage is also significantly narrower than that of the HD650, making the positioning fellow players significantly more difficult. After a few rounds I found myself adapting to the 151’s nuances while also adjusting an EQ to reduce the overbearing bass.

Once again, not the sparkling sound review I hoped to be able to give but I must emphasise I’ve had little experience with headphones in the 151’s price bracket. For their price, they are certainly above average in terms of sound quality.


Overall
I realise this review has all been quite negative but in truth the 151 is a solid offering for their price. My only experience with headphones around this price mark (sort of) has been my m50, an over ear headphone. Put it this way, I’d be prepared to spend $50 for the 151 without a microphone. With the microphone, the Sennheiser PC 151 has been the best bang-for-buck headphone purchase I have made.

Murder Mike
This line of headphones is very durable from my experience. I picked up a PC150 about 7 years ago and it survived the 4+ hours of every day use in WoW and other games very well. The mic is very solid and the sound (while nothing to write home about) is adequate for casual or MMO gaming.

Mine still work just fine. The pads are a little grimy and the headband is falling out at times, but they work just the same as when I bought them. They don't get any use anymore, but they're there if I need them.
Read more…