Menu
Log in
Register
Resonessence Labs Herus - Reviews
Overview Reviews (1)
Pros: Very good non-fatigueing sound
Cons: Hisses with Shure SE846 (4 Ohms impedance IEMs); Has no volume control; The lighting is very high quality but also way too bright
I'm impressed by this little unit.
Previously had Burson Conductor SL Sabre and then bought this one for my portable rig (works with iphones) out of curiousty, gave it a listen and discovered that I like its sound more than Burson's (Burson costed me $775 on a 50% sale).
Burson has more punch and energy but also it's a bit edgy and fatigueing.
This unit is kinda polite and the sound is natural.
I mainly listen to electronic music: techno, idm, a bit of synthwave.
My headphones of choice are Sennheiser HD-650. I have enough money and I've tried most of the other headphones and haven't found any better than my favourite super light (260 grams) non-fatigueing HD-650s (tried orthodynamics like HiFiMan, too heavy, same goes for LCD, tried Fostexes, both 600s and 900s).
I've read a review that called the sound of this unit to be on the neutral side.
Maybe, but it also doesn't mean it can't kick one's ass when listening to the beat.
Currently this is my DAC/Amp of choice, and I've already bought Concero HP and it's being shipped.

There's no volume knob on it so make sure you have an ergonomic "multimedia keyboard" (the keyboard that has volume up, volume down and mute keys) because you'll be using it a lot to adjust the sound.
There's no device on the market that would just plug into USB and give you a digital volume pot (it's easy to build one: that would be just a keyboard with only three keys, and actually these keys would be in a form of a single knob).

And here's how I use it with iPhone and Shure SE846 (with white filters): 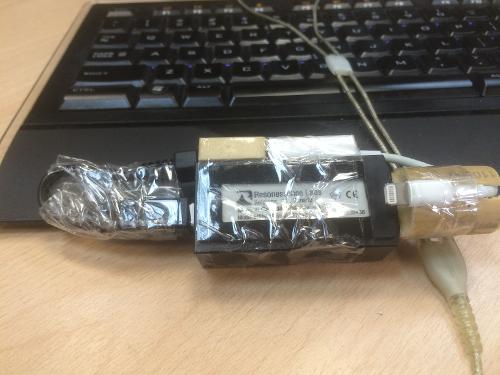 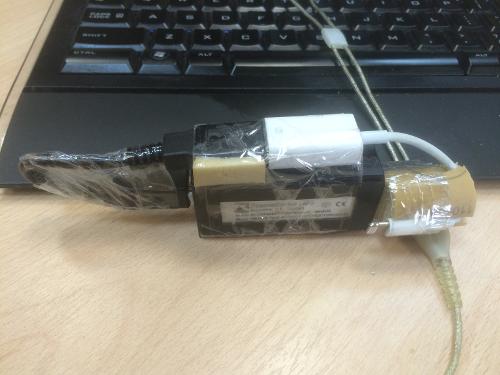 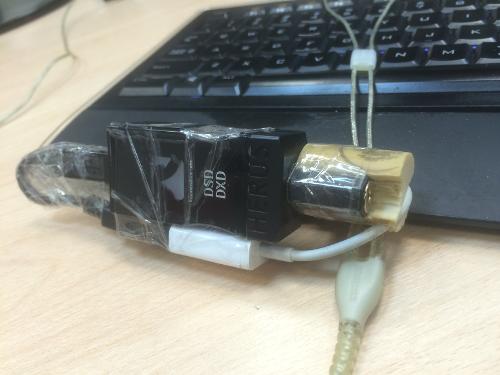 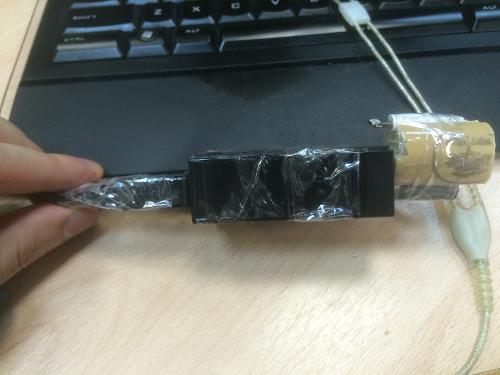 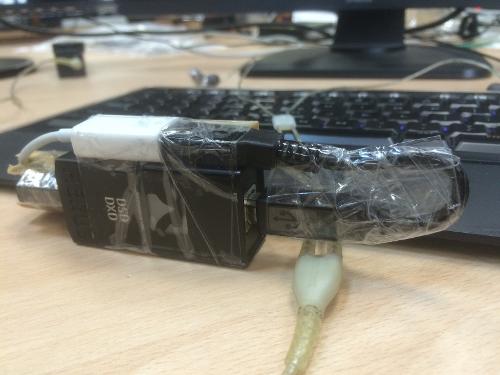