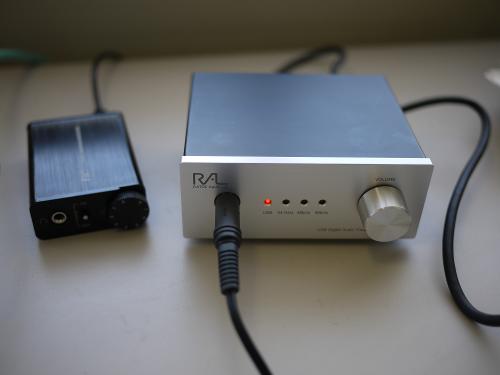 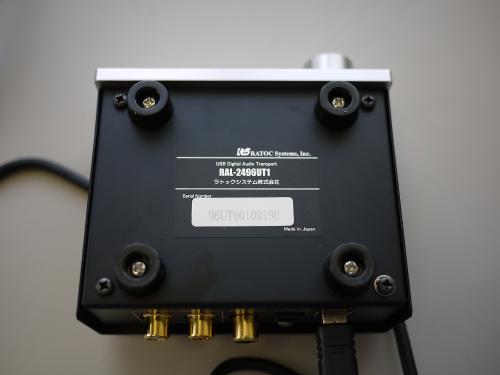 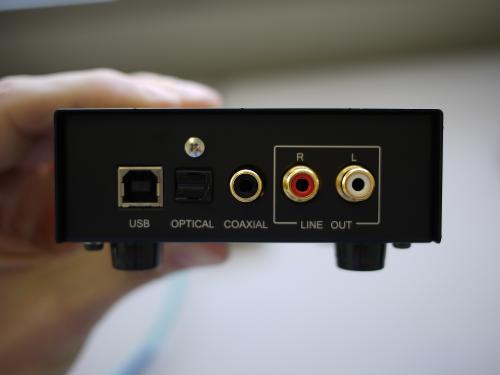 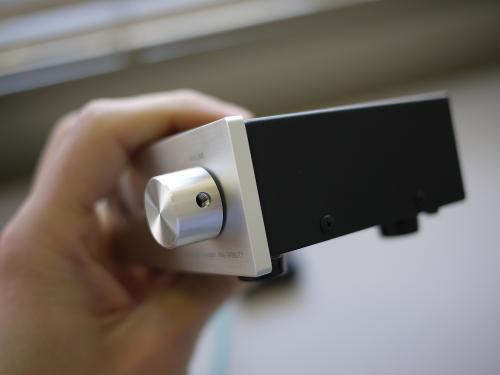 So I bought the Ratoc Systems RAL-2496UT1 on the Japanese Yahoo Auctions site a few days back. It has been getting 100% positive reviews on Amazon Japan and Kakaku.com so I thought it couln't be bad. Also, the guy selling it sold his Beyerdynamic T1 and A1 at the same time so he probably used the RAL-2496UT1 as well and knew quality.
There is virtually no information on any non-Japanese website whatsoever so I decided to review it here. The RAL-2496UT1 goes for a retail price of 54,000 Yen (700 Dollar) which is quite hefty. I managed to get it in sparkling condition for 15,000 Yen so it was quite a bargain.

Now I must admit that I'm not very experienced with the hi-fi/audiophile terminology and that I never listened to really high-end hardware, so please be gentle. I will keep this review as short as possible.

The RAL-2496UT1 will be compared to my Fiio E10. For headphones I will be using the Sony XBA-3 IEM, the Audio Technica W1000X and the Audio Technica ATH-AD900. I used MusicBee with WASAPI and mainly FLAC material in 24/96 or SACD-Rips with Foobar. I just got about 3 hours with the RAL-2496UT1 so I might edit this review later at some point. Listened mainly to contemporary classical, jazz and electronic music.


-- Build Quality/Design --
The housing of the RAL-2496UT1 is fully metal, with a brushed aluminium front. No plastic at all. As you can see on the last picture, the volume knob does have an additional hole for something to screw in there. I guess it must be some sort of stick to drive the volume more easily. It feels pretty solid albeit not as compact and bricky as the E10. The volume knob turns a little to easy and plasticky for my taste which is something I would not expect from a 700$ device.
I like the design, although not special it's far from being dull. The 3,5mm headphone jack is a little recessed which could make it difficult with some larger headphone plugs.
A very nice feature are the LEDs on the front that show you the frequency of the material being played dynamically. It does switch from one song to the next depending on your source material.

-- Sound Quality --
As far as I can tell the RAL-2496UT1 pretty much crushes the E10 in terms of sound quality. Especially the basses seem to be more fluid more oily and smooth without loosing detail. Overall the E10 sounds execptionally flat in comparison. Something that bothered me is the constant static noise. It's not really noticeable if you don't use IEMs and play music but it's there as soon as there is no music playing. I doubt that this really degrades audio quality but considering that the E10 is dead silent it seems like an issue to me. I haven't been able to use the line out, coaxial or optical outputs yet so it might be an issue with the headphone jack for all I know.

-- Other stuff --
The RAL-2496UT1 has considerably less amping power than the E10 so anyone looking to pair it with a power hungry headphone without a dedicated amp, look elsewhere. The W1000X are very easy to drive but I would have to almost max out the volume on the RAL-2496UT1 to listen at higher volume levels. It does not have a dedicated power supply and is powered via USB only. With this it might even qualify as  something one might take on the road.


Overall I would have been quite unhappy, had I spent 700 bucks on this. You can get it for about 450 on kakaku.com but I think even that might be a tad much. Getting it for 180$ was quite a bargain though and this will be my main DAC for some time to come. It might have to be paired with a high-quality amp as I guess thats what the guy I bought it from did with his A1.

Edit:
I have been using this baby for about half a year now and I find it incredibly smooth and easy to listen to. It does seem to have a very slight bias towards the lower frequencies, making it very musically. I think this is an ideal partner for low impedance headphones like many of the Audio-Technica ones (using it with W1000x and AD2000). I can now also say that the noise is a non-issue. The E10 switches itself off when not playing anything which is the reason I haven't been hearing any noise. The RAL-2496UT1 is actually very silent and does not have a lot of background static noise.
Reactions: rocky2

gkanai
Thanks for this review! It's selling for about 50,000 JPY on Amazon which seems quite high to me as well. If I can find one for cheap as you did, I may grab it.